You have permission to edit this article.
Edit
Our Publications
Home
Do See
Eat Drink
History Heritage
Live Stay
Photos
Share This
1 of 4 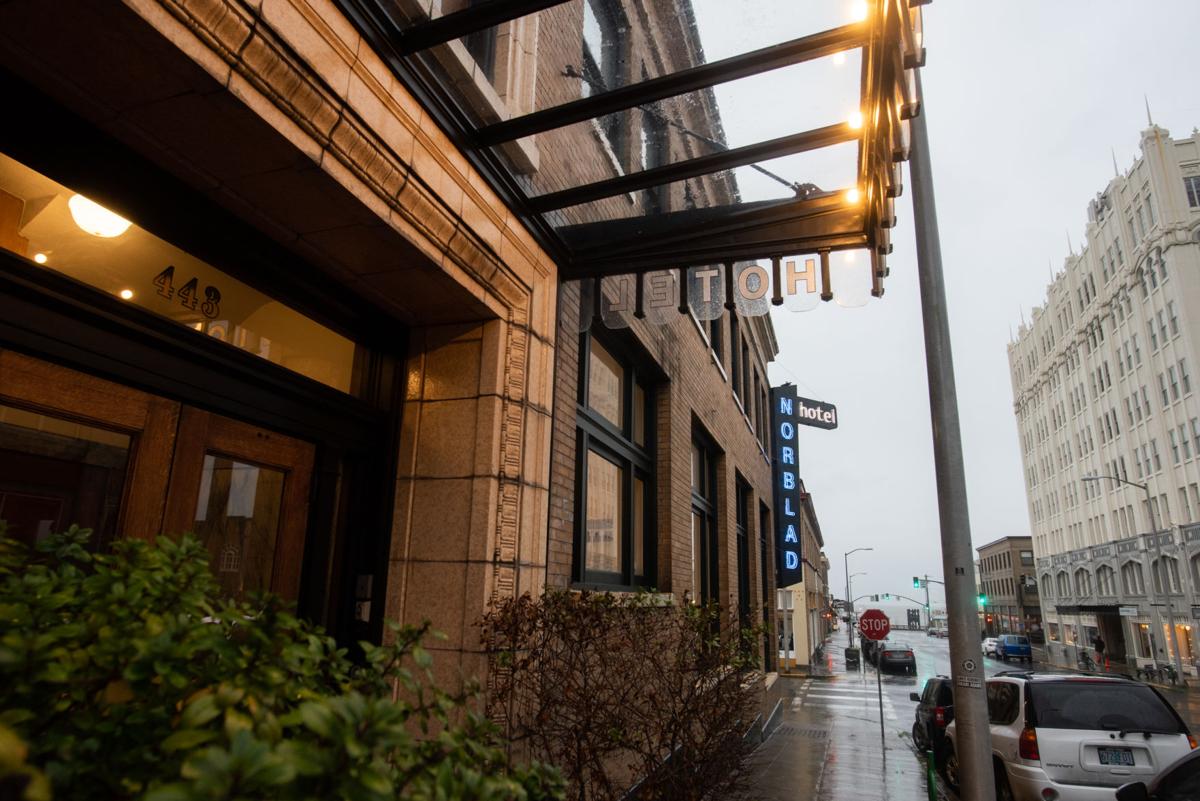 The Norblad Hotel in Astoria. 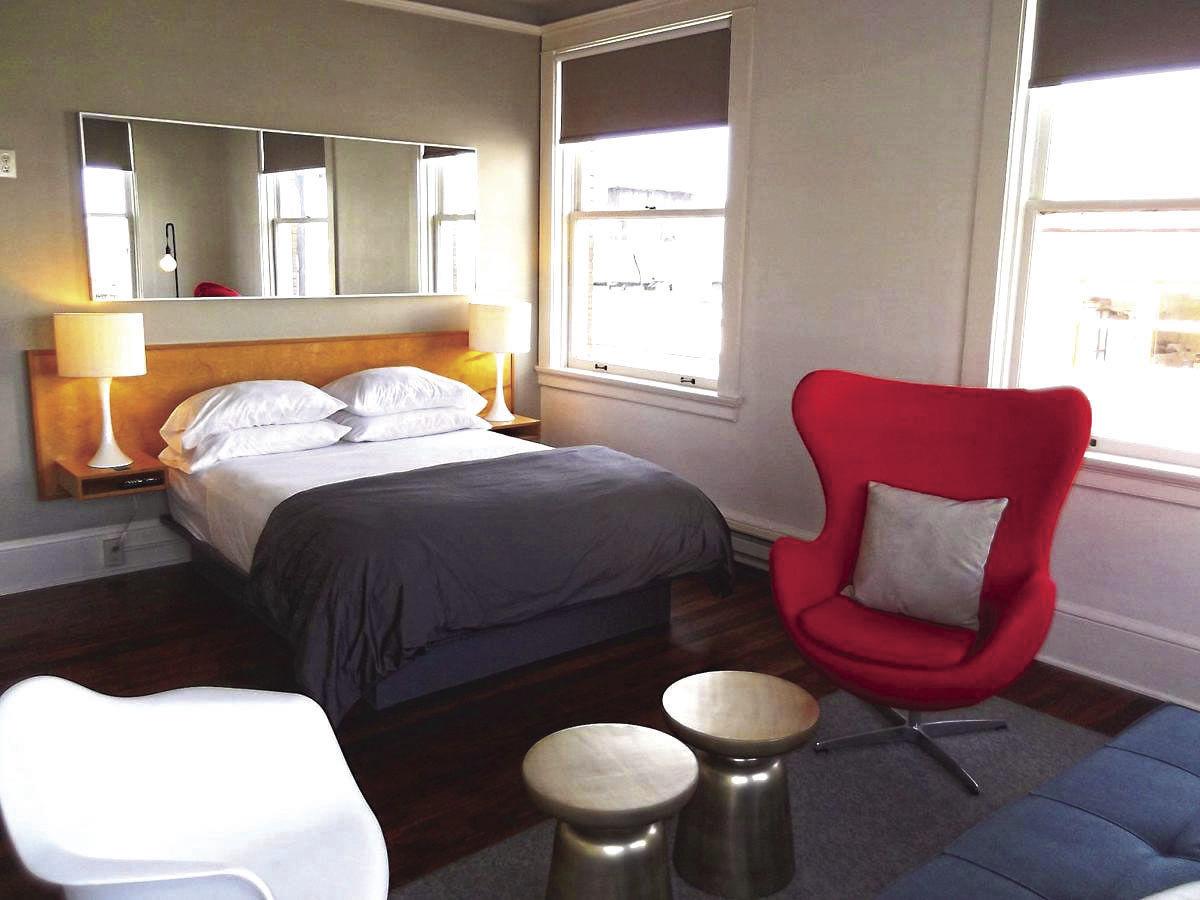 A room featuring large windows in the Norblad Hotel in Astoria. 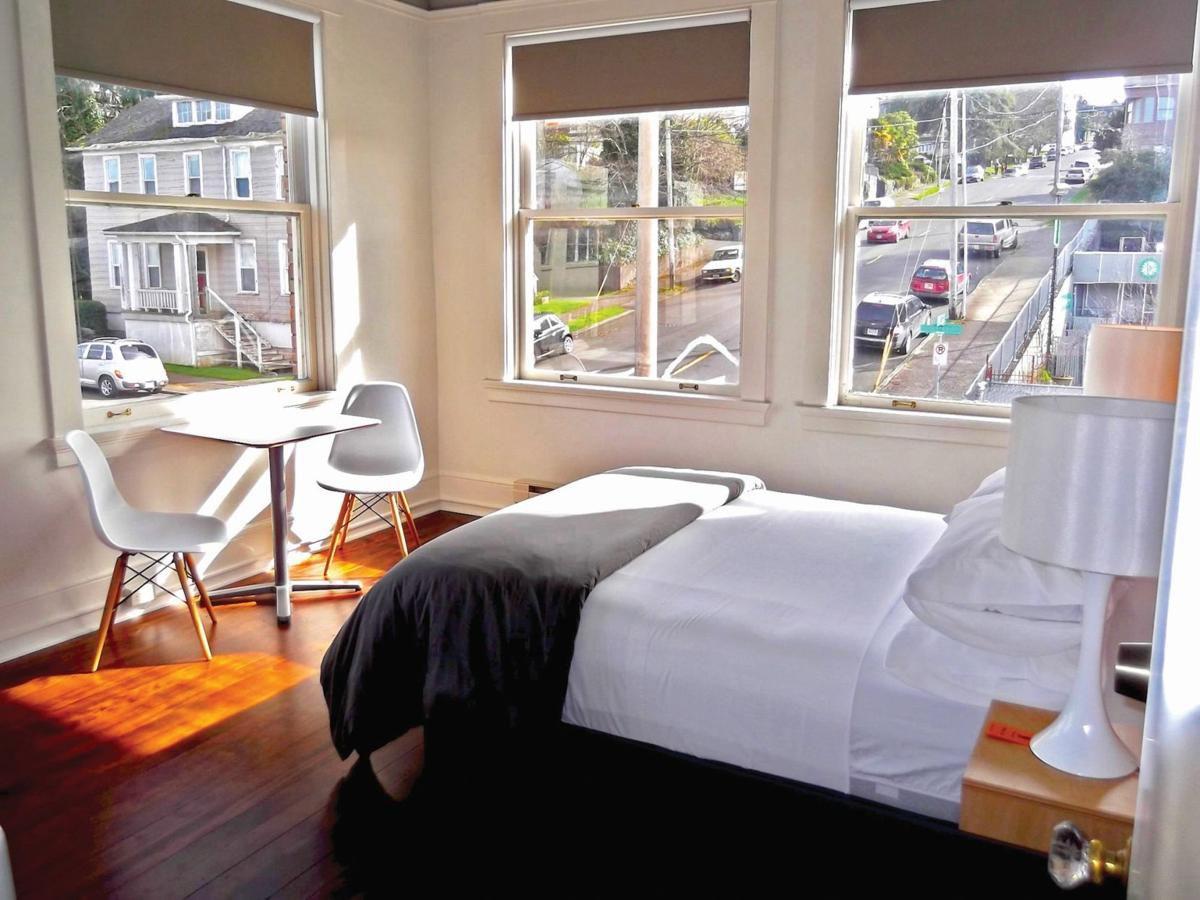 A corner room in the Norblad Hotel. 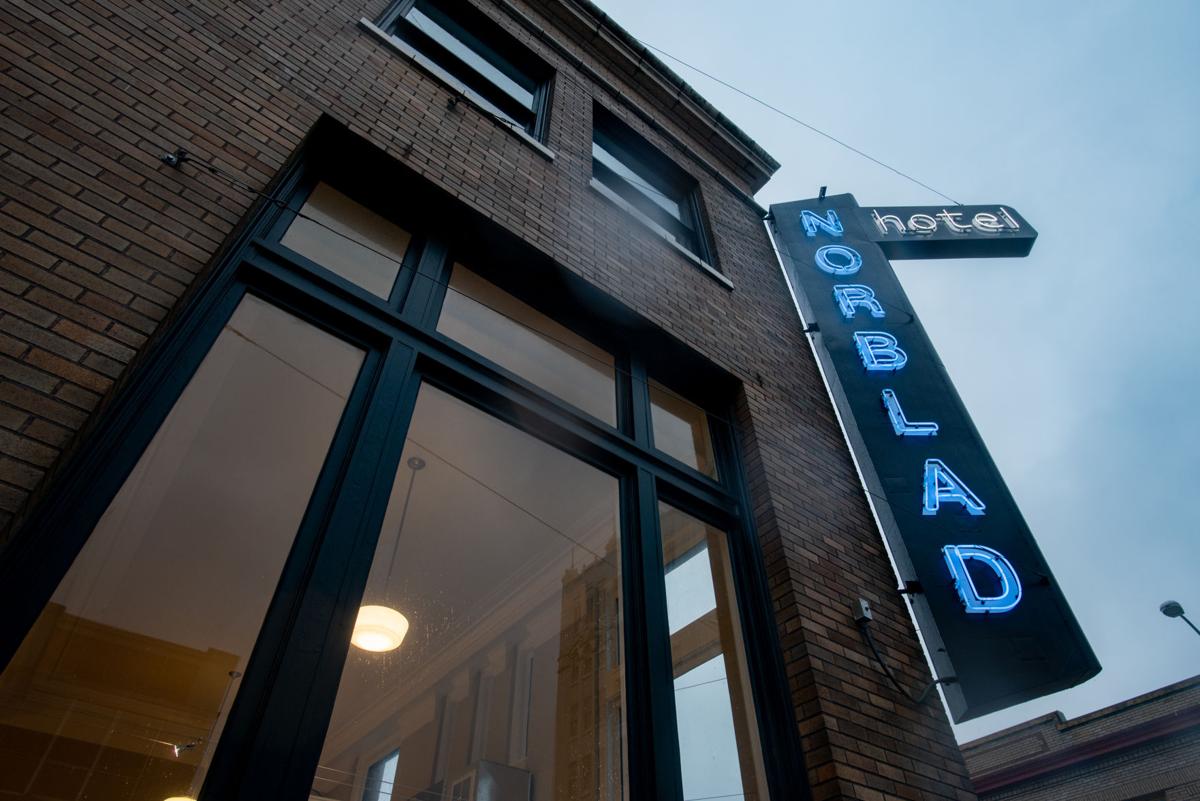 The Miller-Jeffers Building in downtown Astoria, designed by John E. Wick, has housed a hotel for nearly 100 years. The current iteration, the Norblad Hotel, is a vibrant, funky hotel/hostel hybrid that offers both private and communal rooms featuring more of what travelers need and want — and less of what they don’t.

In January 1923, George F. Norblad, a Portland businessman with local ties to the Oregon Coast and a brother who served as Oregon’s governor from 1929 to 1931, opened the Norblad Hotel on 14th Street. When current owner Paul Caruana and a business partner purchased the building in 2007, the hotel was operating under a different name, and in need of serious renovation. They set about updating the space, giving it a subtly modern, minimalist design and eye-catching décor, with each of the 17 rooms featuring meticulously chosen finishes and high-quality pieces.

Yet the atmosphere at the hotel is both laid-back and relaxing. The stylish lobby features a large fireplace and comfortable seating that invites patrons to gather, share a drink, or peruse the vinyl records lining the walls. There is also a shared kitchen they can use to prepare meals while on their vacation. For those who prefer privacy, the hotel offers rooms with private bathrooms at an increased cost.

Overall, the vibe is geared toward active travelers who are looking for a classy yet comfortable place to sleep and relax in between touring the downtown area and the Pacific Northwest at large. Within blocks of the hotel, patrons can find a wide range of restaurants, breweries, boutique shops and cultural attractions, including the Flavel House Museum, the Oregon Film Museum, the Garden of Surging Waves and the Astoria Riverwalk.