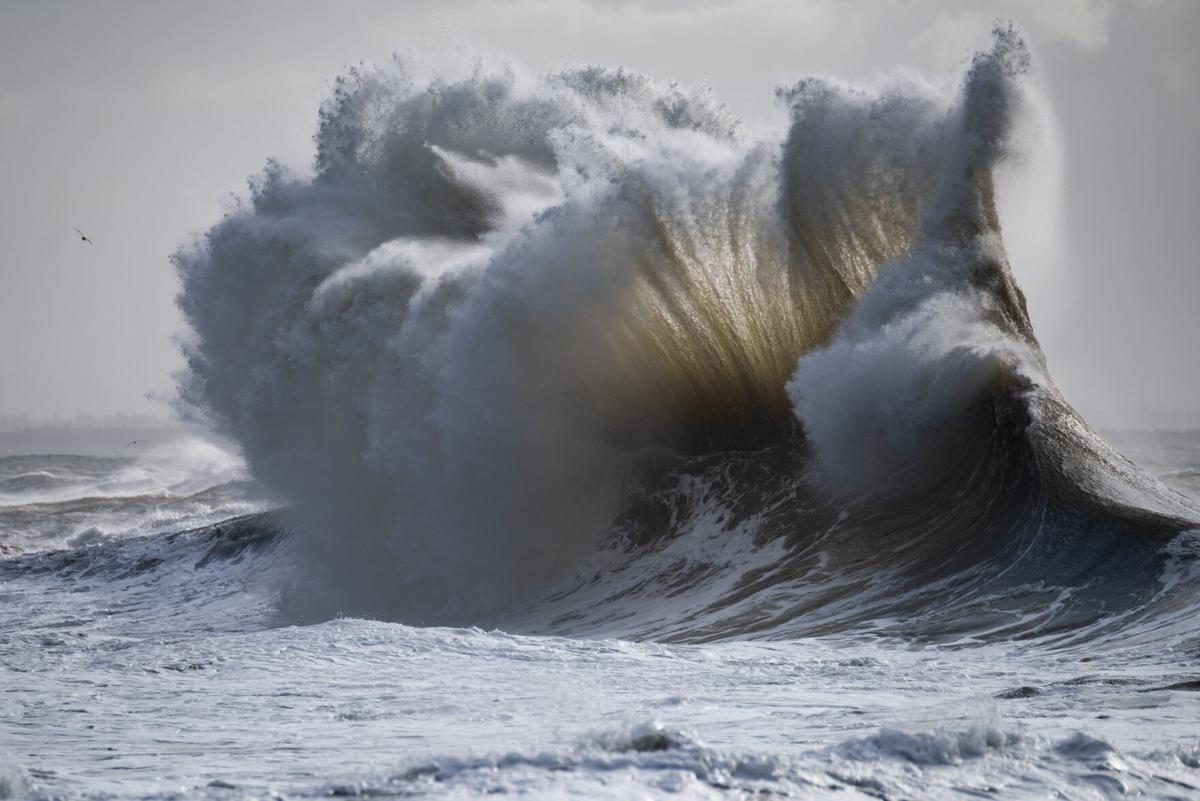 Two waves crash into one another, sending spray high into the air. 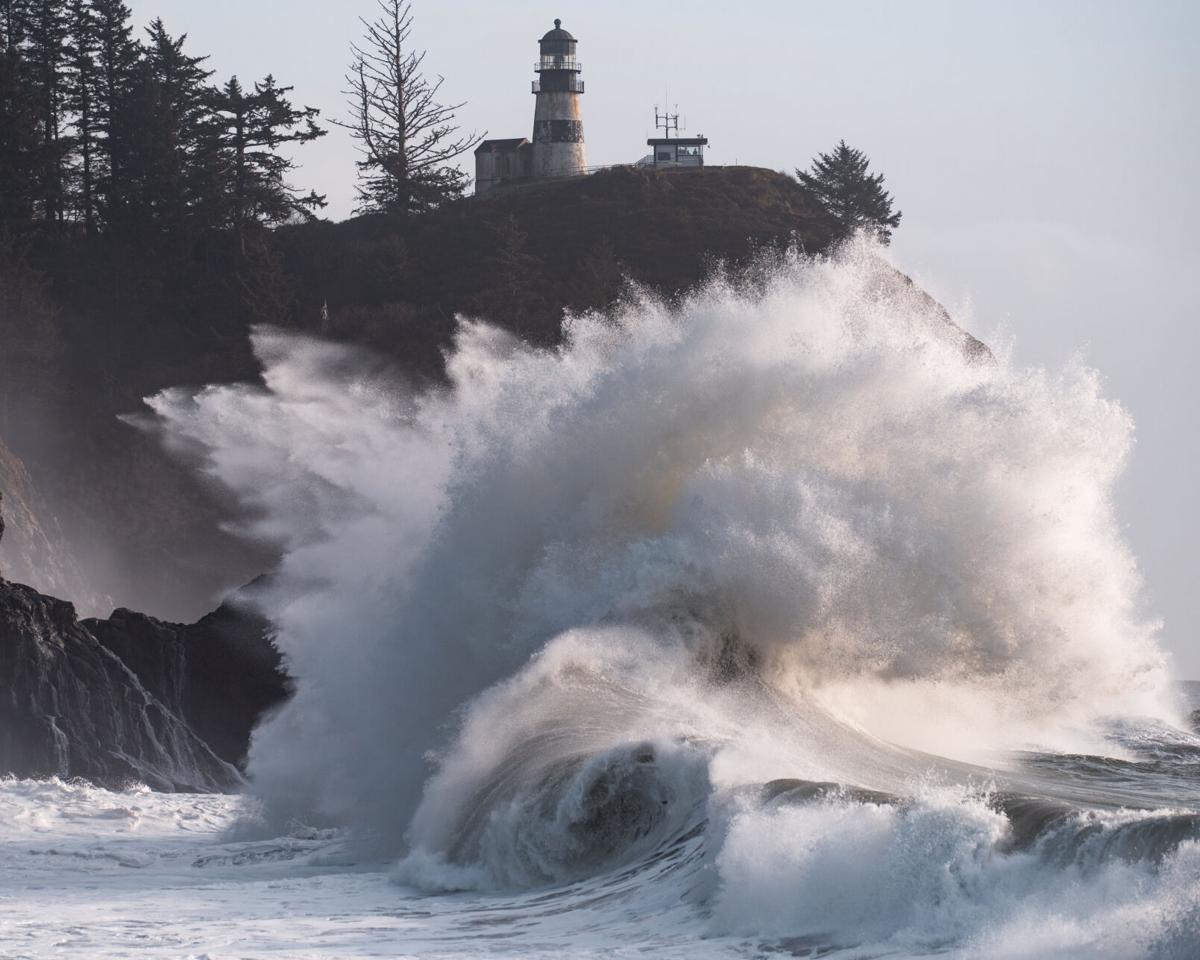 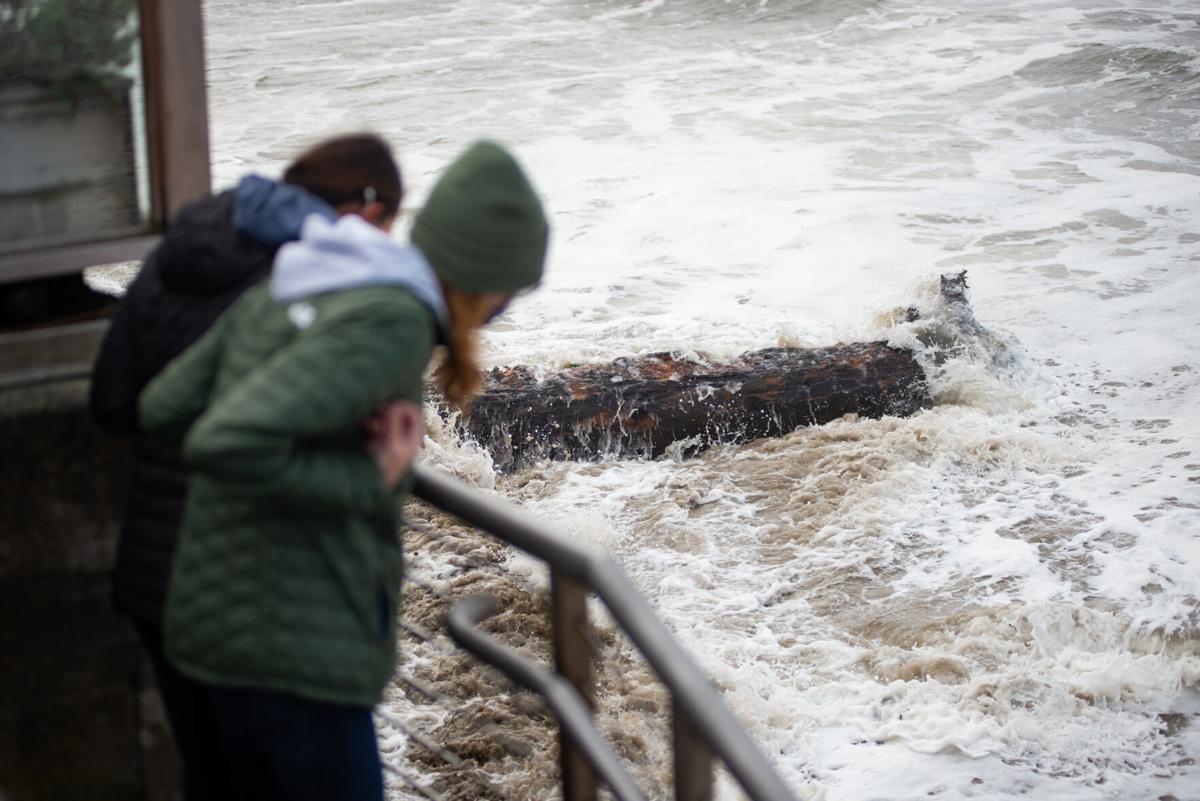 Visitors watch a large log get carried up the beach in Cannon Beach. 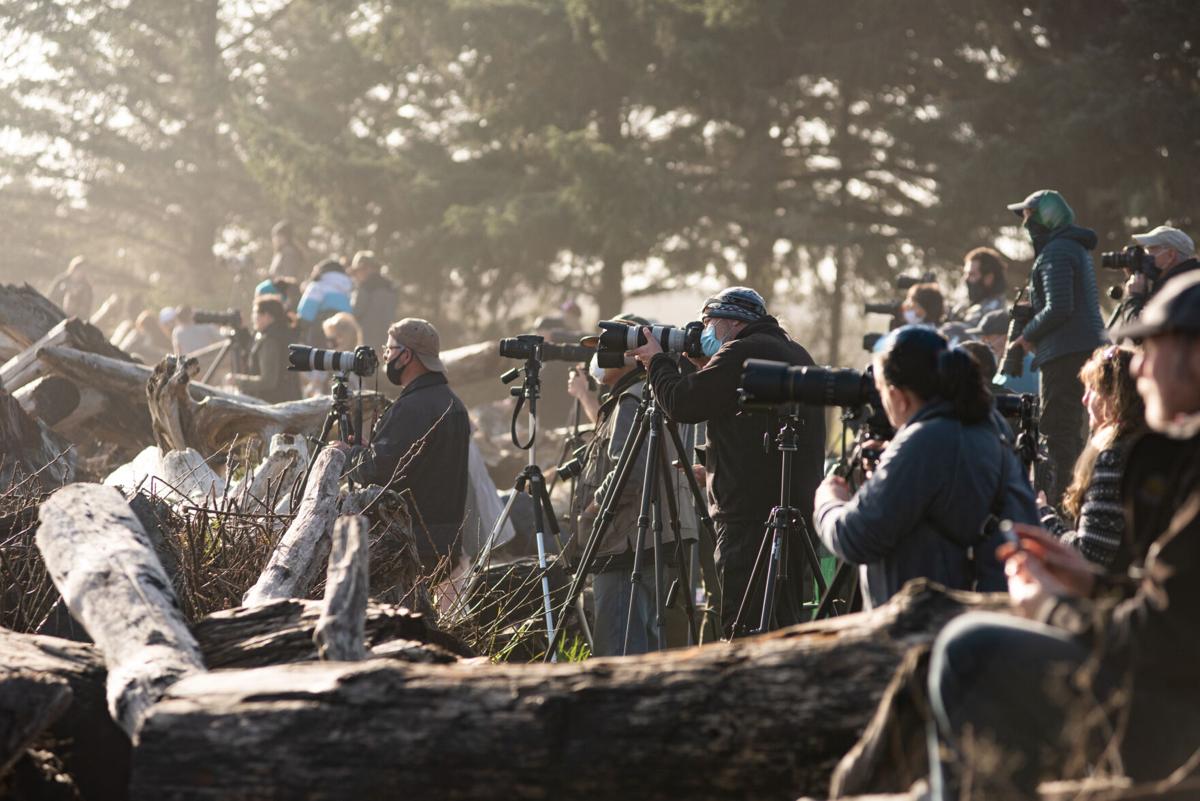 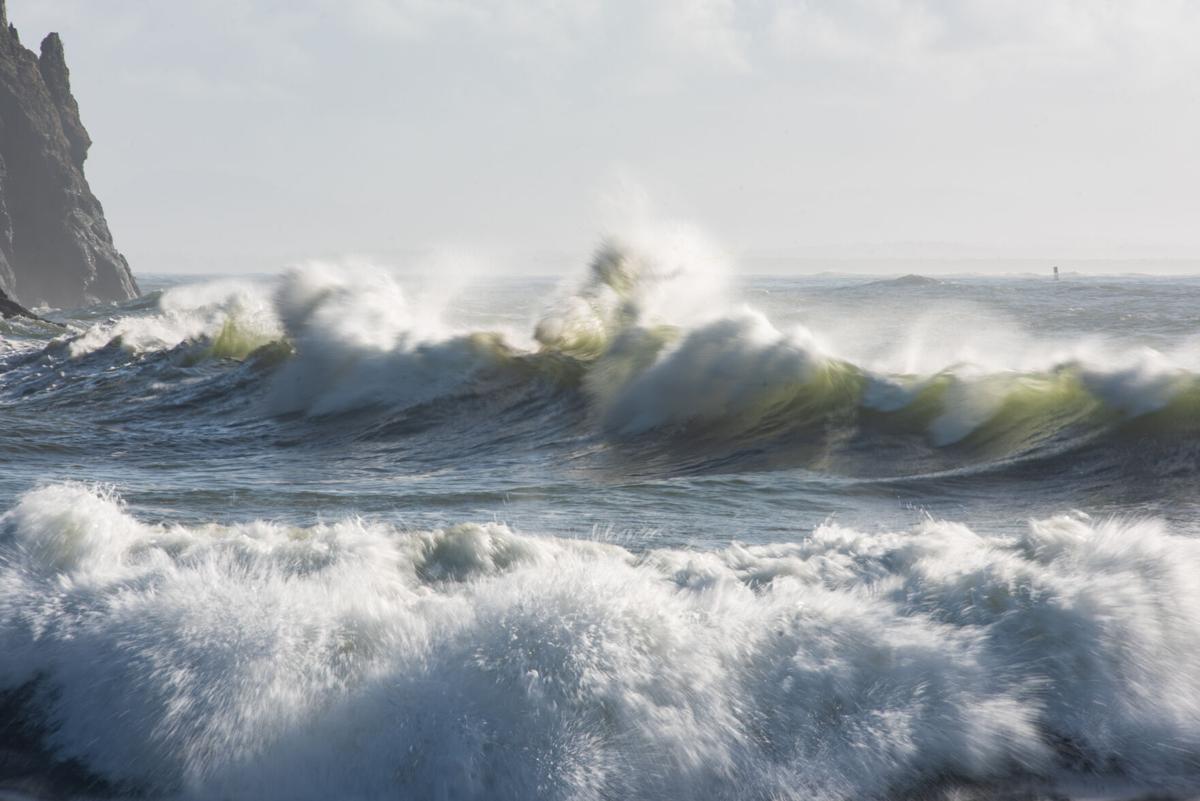 Waves rush to the shore.

The ocean is terrifying. It does not care about you. It will casually, without a whisper of self-doubt, take you if you aren’t careful, or even if you are.

I think about this every time the king tides return to the North Coast. The king tides occur when there is a perfect lineup of the Earth, moon and sun, all three pulling hard on the tides. The result: Very shallow low tides and incredibly forceful high tides. These high tides can be even larger if a winter storm gives the surging saltwater an extra boost.

The visual display of ocean and weather converging during a king tide hits a pitch perfect point where terror is beautiful and beauty is terrifying.

I think humans like to be struck breathless by our own insignificance sometimes. Certainly the king tides are a way to tap back into that prehistoric in-our-bones feeling during the days of dark nights and large predators. Or something like that.

In some ways the king tides can also be a glimpse at our future: What certain portions of the North Coast might look like with sea level rise, for instance. Or how parts of the coastline can be reshaped by wave-hastened erosion.

The Oregon King Tides Project, coordinated by the Oregon Coastal Management Program and Oregon Shores Conservation Coalition, document the tides every year. Citizen scientists snap photos of the high and low tides in an attempt to better capture exactly what the tides can mean for coastal areas and the people who live there.

The project has amassed photos for nearly a decade — not long enough to start showing major trends or changes, but long enough to begin to turn people’s attention to the water.

King tides draw people to the coast every year despite official warnings to avoid beaches and headlands. If you feel you must — just must — go see the king tides for yourself, Our Coast has assembled a guide for the most intrepid travelers.

The best places to safely observe king tides are anywhere you can be high up and away from the ocean. If you venture closer — not advised — never turn your back to the ocean and stay on high alert. Bringing children with you is also not advised.

State parks on either side of the Columbia River do provide the chance for some safe viewing options, however. In Washington state, you can view king tides from Waikiki Beach and the Lewis and Clark Interpretive Center in Cape Disappointment State Park near Ilwaco. In Oregon, dune hills in most of the beach area parking lots at Fort Stevens State Park offer a slightly elevated perch, and there is a viewing platform at the South Jetty. Viewpoints along U.S. Highway 101 are also great options. There are some particularly fine cliffside viewpoints ahead of Manzanita.

Getting your king tides shot

For the quintessential king tides photograph, head to Waikiki Beach. Yes, there will be a scrum of amateur and professional photographers already there, camera equipment in tow, but chances are good that you — with only a humble smartphone — will also be able to capture The Wave, the one that thunders against the cliff like a shipwreck, that carries the secret jewel glint in its center, that looks like every poem anyone has ever wanted to write about the fury of the sea.

The Oregon King Tides Project has few photos in its database of the stretch of coastline from the dunes near Florence to the north end of Coos Bay. These are areas that don’t produce stunning visuals — no roils of ocean waves muscling up to cliffs and exploding like a watery fireworks display — and the spots are somewhat isolated. Would-be photographers must march for miles across the dunes near Florence in the winter to get to a spot where they can document the sea surge, an unpleasant task in the middle of a typical winter day. Understandably, people are not drawn to these sites. But the gaps are important to fill to build understanding of how the tides affect the Oregon Coast and how things may be changing.