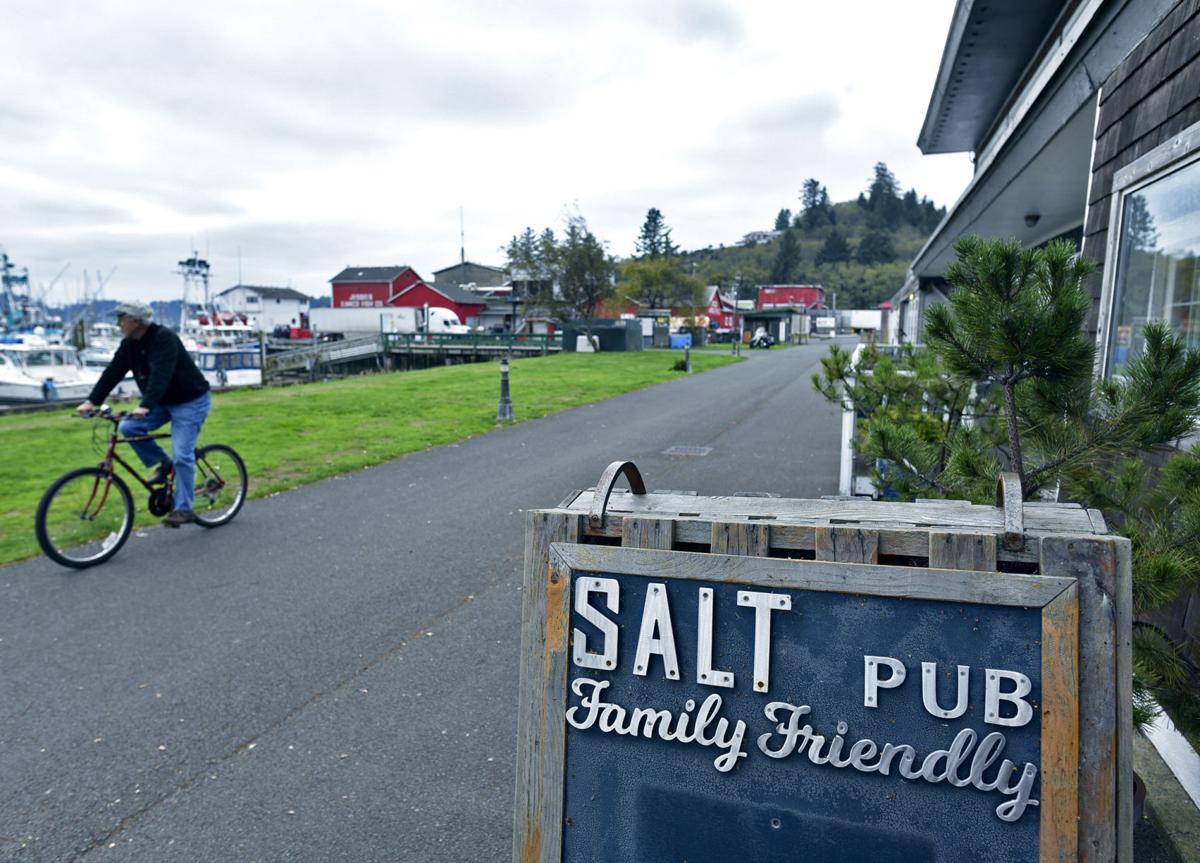 The Salt Hotel & Pub at the Port of Ilwaco. 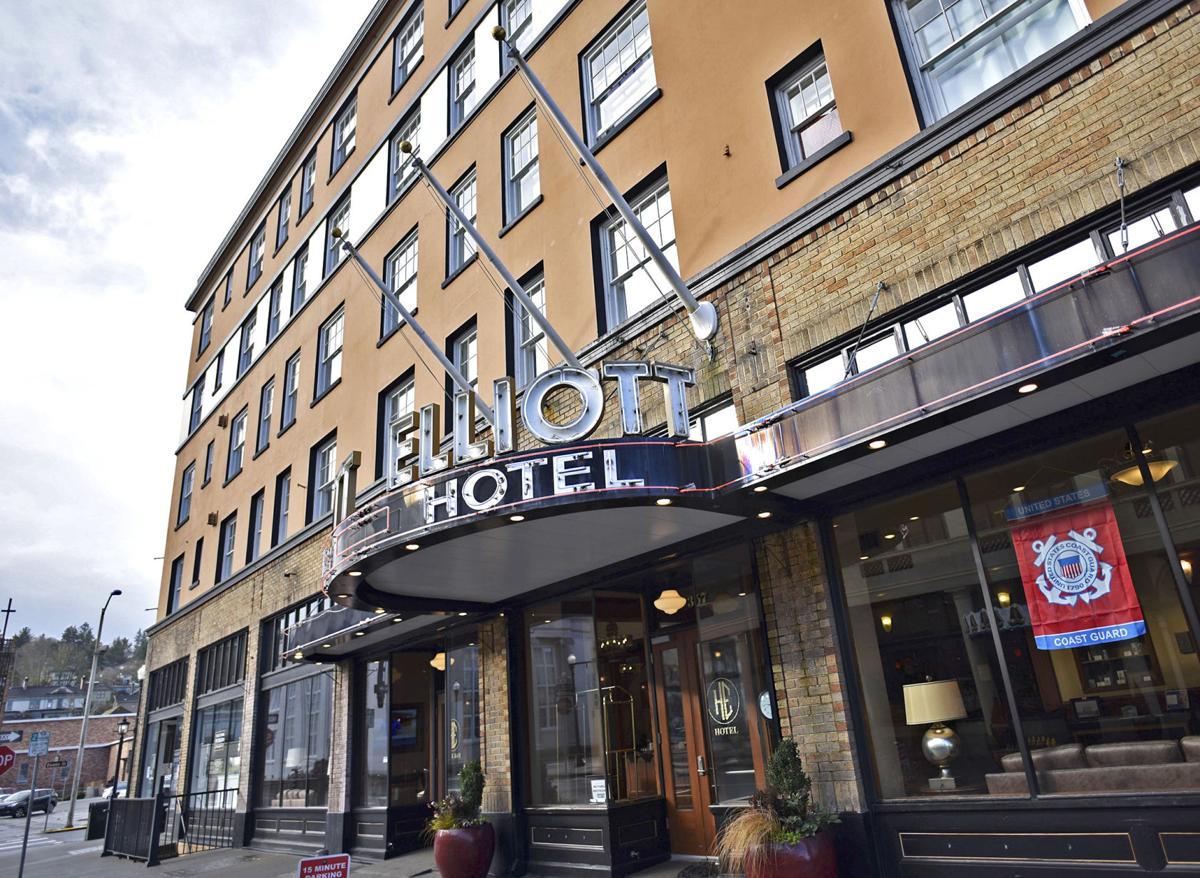 The historic Elliott Hotel is among the more recognizable landmarks in downtown Astoria. 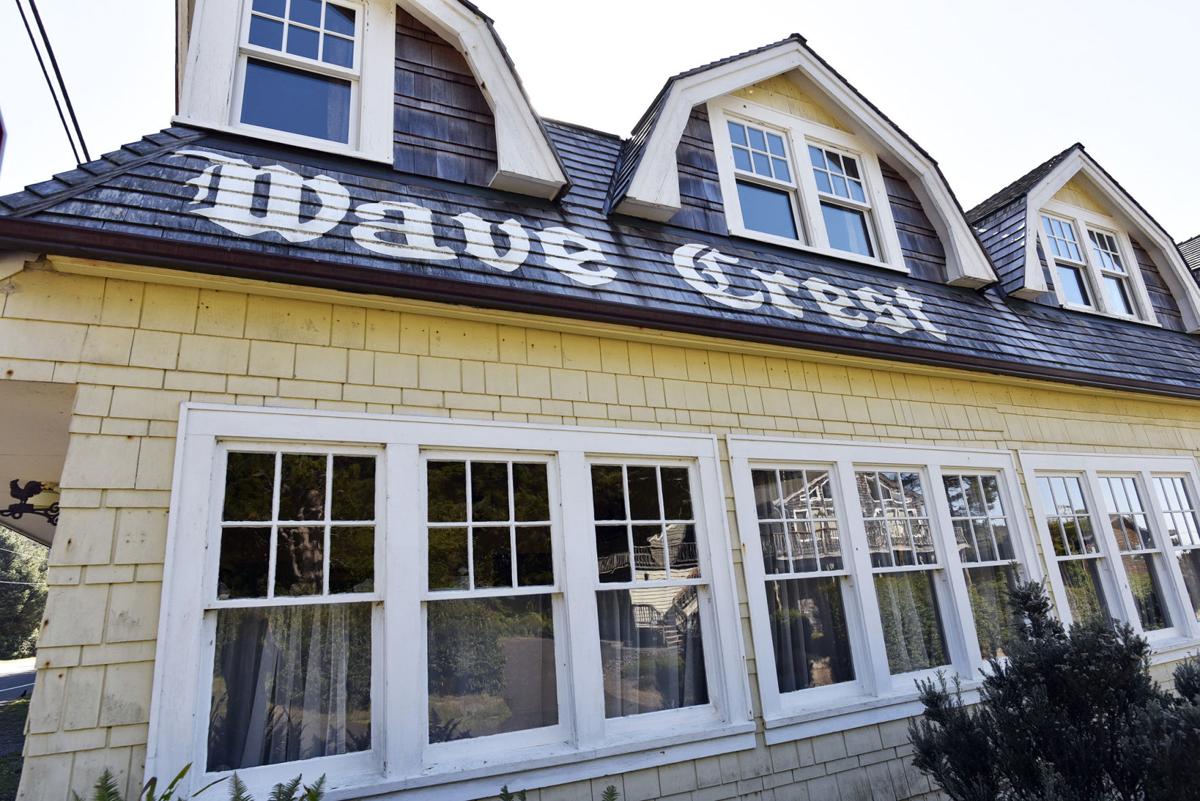 The Wave Crest Inn in Cannon Beach is just a stone’s throw from the ocean. 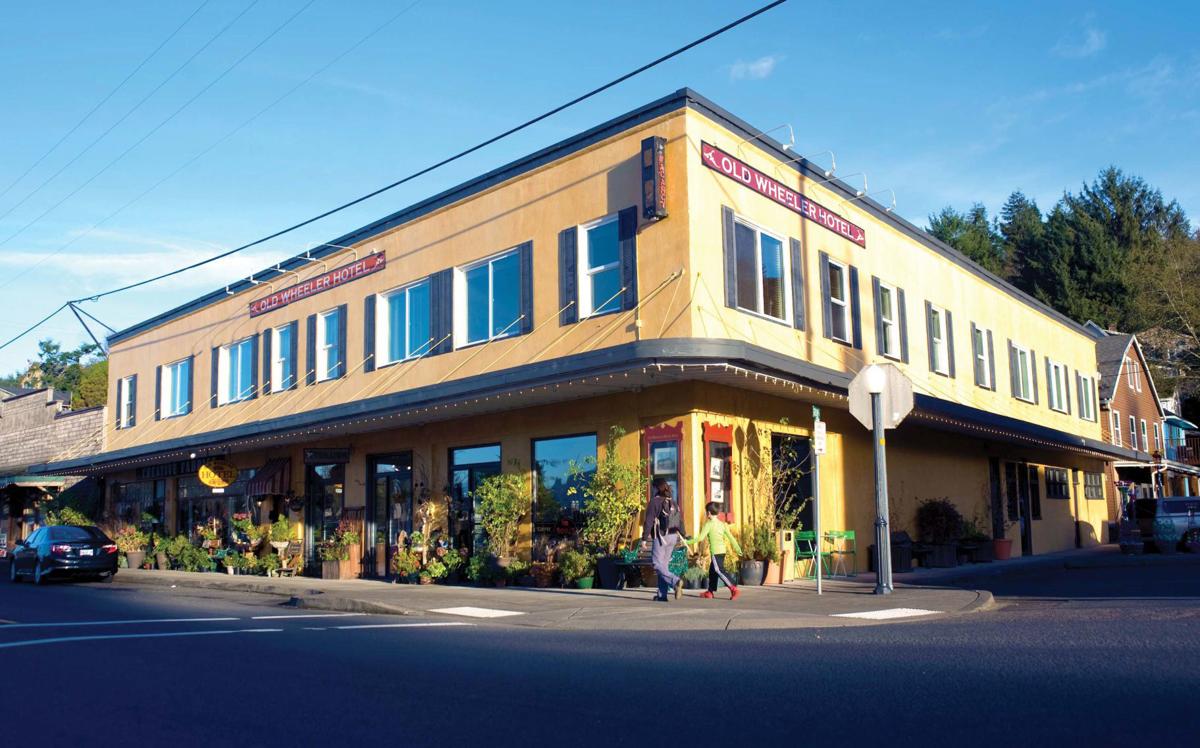 The Salt Hotel & Pub at the Port of Ilwaco.

The historic Elliott Hotel is among the more recognizable landmarks in downtown Astoria.

The Wave Crest Inn in Cannon Beach is just a stone’s throw from the ocean.

On any given weekend at the Port of Ilwaco, you can take a leisurely walk on the boardwalk or find a bench where you can sit, relax and watch charter boats, commercial fishing vessels and pleasure boats gliding in and out of the marina. A small selection of Port shops and galleries offers eclectic souvenirs, interspersed with fresh seafood markets and scattered sculptures, while between May and October the Saturday Market adds local crafts and foods to browse outdoors.

Salt Hotel & Pub is tucked in the midst of the Port businesses on the boardwalk, just as laid-back and comfortable as a Saturday stroll. The hotel is reminiscent of '50s style, with outside entrances on the two-story U-shaped building that opens to a courtyard facing the street side of the port. The unfussy accommodations are cozy and simple — and spartan enough not to encourage lounging in your room. Instead, head upstairs into Salt Pub for couches that invite hanging out over a locally brewed beer, or take a window seat for a marina view while enjoying line-caught albacore fish and chips. The Pub has a one-page menu but the choices are fresh and seasonal, with unexpected creativity for pub fare.

Take your time here. Your schedule can be flexible since there are many places to visit within a 10-minute drive of Salt Hotel, including Cape Disappointment, the beach and Fort Columbia. There’s free wifi at Salt Hotel, but alarm clocks are only supplied on request, lending to an unhurried stay.

Hotel Elliott’s slogan, painted in large print on the side of the building, is “wonderful beds.” Whether or not that assertion is true, the historic Astoria mainstay offers a few unique amenities.

The hotel dates back to the early 1900s and has been remodeled several times. It is situated across the street from the Liberty Theatre and near a host of downtown eateries, watering holes and stores. Local developer Chester Trabucco sold the foreclosed hotel in 2010 for $4 million after major renovations a few years prior. Despite the renovations, the hotel’s design features a few clues about its history.

A sizeable, lighted sign bearing the hotel’s name covers the entrance. Above the sign are three flags that, for a second, offer a downtown, big-city feel. Surrounding the first-floor lobby are two lounge areas, including TVs and a fireplace, along with a wine and beer bar. Plenty of reading material is also available.

Much like Astoria’s historic underground tunnels, the hotel features a downstairs area that, if guests find it, can offer a few hours of fun. Behind the front desk and to the right are stairs that lead down to a gym, pool tables, a number of movie posters and a conference room. A terrace with a fire pit and tables sits atop the hotel. The height of the building allows guests to enjoy a wide view of Astoria, including the Column, Astoria Bridge and cargo ships on the Columbia River. A large glass panel shields those enjoying the fire pit from wind.

Driving past the Wave Crest Inn in Tolovana Park, Cannon Beach's southernmost area, one could easily mistake the historic building as a luxurious home. The only feature that marks the structure as a commercial establishment are the words Wave Crest, painted in an old-fashioned font along the northern roofline.

The Wave Crest, owned and operated by Daryl Johnson, was built in the early part of the 20th century at the corner of what is now Hemlock Street and Brallier Road. According to Johnson, the deed to the property is from 1920, which leads him to believe the Wave Crest began operating as a lodging establishment around that time. A sign posted in the window of the inn describes its original purpose as “a stop for the motor coach and a gathering place for many people.”

Johnson acquired the property in 2000 and changed the name from Wave Crest Hotel to Wave Crest Inn, feeling that “inn made more sense in the way the place operates and the way it looks,” he said. Since that time, he has continually restored and refurbished the establishment, designing it with interesting décor and antiques that are elegantly arranged. The exterior, however, remains close to how it looked when the structure was first built, with the original wood frame and nine pointed dormers giving it a uniquely historical appearance. The inn contains eight sloped-ceiling guest rooms on the second floor — two with private baths and the rest sharing three small bathrooms. Downstairs are three common areas, including a dining area and a room with a fireplace.

The beach is around 100 yards from the building and the ocean is visible from the dining room and three of the west-facing bedrooms. According to the website, the Wave Crest caters to adults and well-behaved teenagers, but no children or pets. The Brallier Road bus stop is directly across the street, giving visitors an easy way to travel to downtown Cannon Beach for dining, shopping and other activities.

Big things do indeed come in small packages. Wheeler may look like a sleepy little village, but nothing could be further from the truth. Lying along pristine Nehalem Bay, it is home to fishing, kayaking, crabbing, rail-riding and a burgeoning foodie scene. It’s a great home base for nearby day trips and a great place to catch a majestic sunset. It’s also a snapshot of early Oregon Coast history: You can look along the bay and imagine the hustle and bustle of the lumber, railroad and fishing industries from the early 1900s.

At the center of it all sits Old Wheeler Hotel, an historic boutique hotel with eight unique rooms and a rich history. Built in 1920 and originally dubbed The Rector Hotel and the Hotel Annex, it flourished along with the newly-installed railway system. Though it saw leaner times during the Great Depression and infamous Tillamook Burn, it rebounded as a clinic when purchased by Dr. Harvey Rinehart in 1940.

The building became a hotel again in the late 1990s and underwent much-needed refurbishment. Now, it stands regally in the center of Wheeler, overlooking Nehalem Bay and distant Neah-Kah-Nie Mountain. Hardwood floors and stylish décor give it a classic sensibility while conveniences like Wi-Fi and DVD players give it modern touches. It’s a great option for a romantic getaway for two, or large groups can rent the entire space for gatherings like reunions or receptions.

There’s even a bit of the paranormal, including a friendly “presence” who apparently enjoys watching television in one of the guest rooms from time to time. In 2008, the Paranormal Society of Portland reportedly filmed an apparition in Room 3.