Skip to main content
You have permission to edit this article.
Edit
Area Guide
Calendar
Coast Weekend
Our Coast Magazine
Weather
Multimedia
Newsletters
Share This
1 of 10 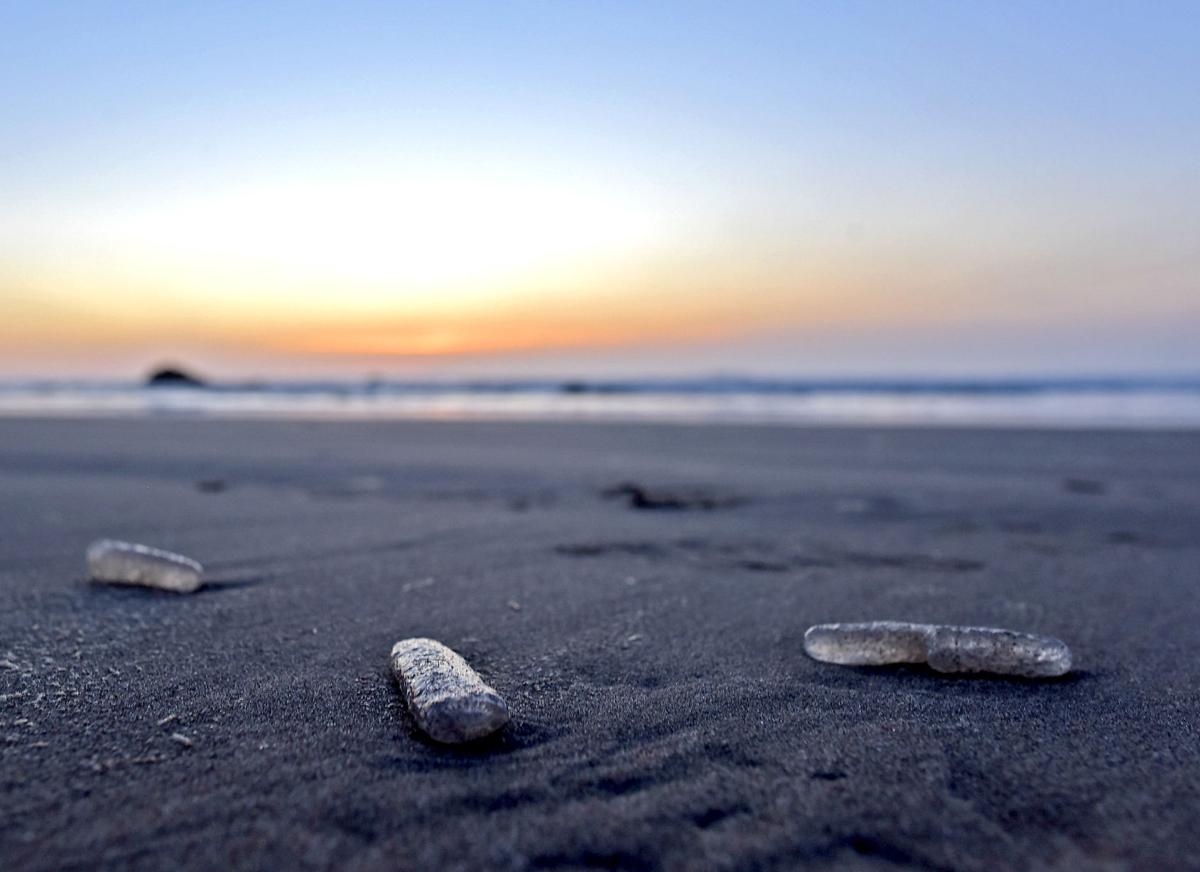 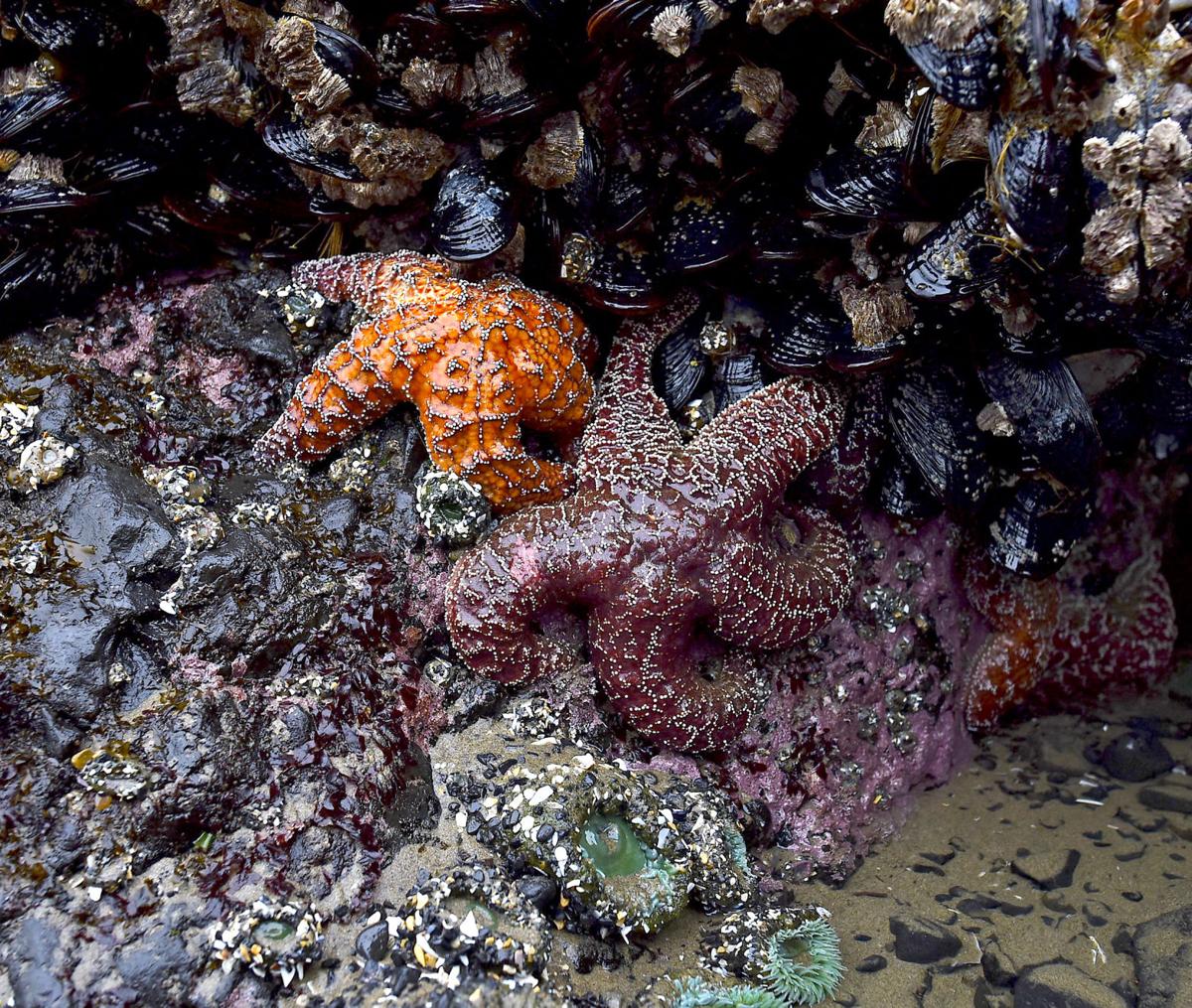 Sea stars at Haystack Rock in Cannon Beach have been hit particularly hard by a disease in recent years. 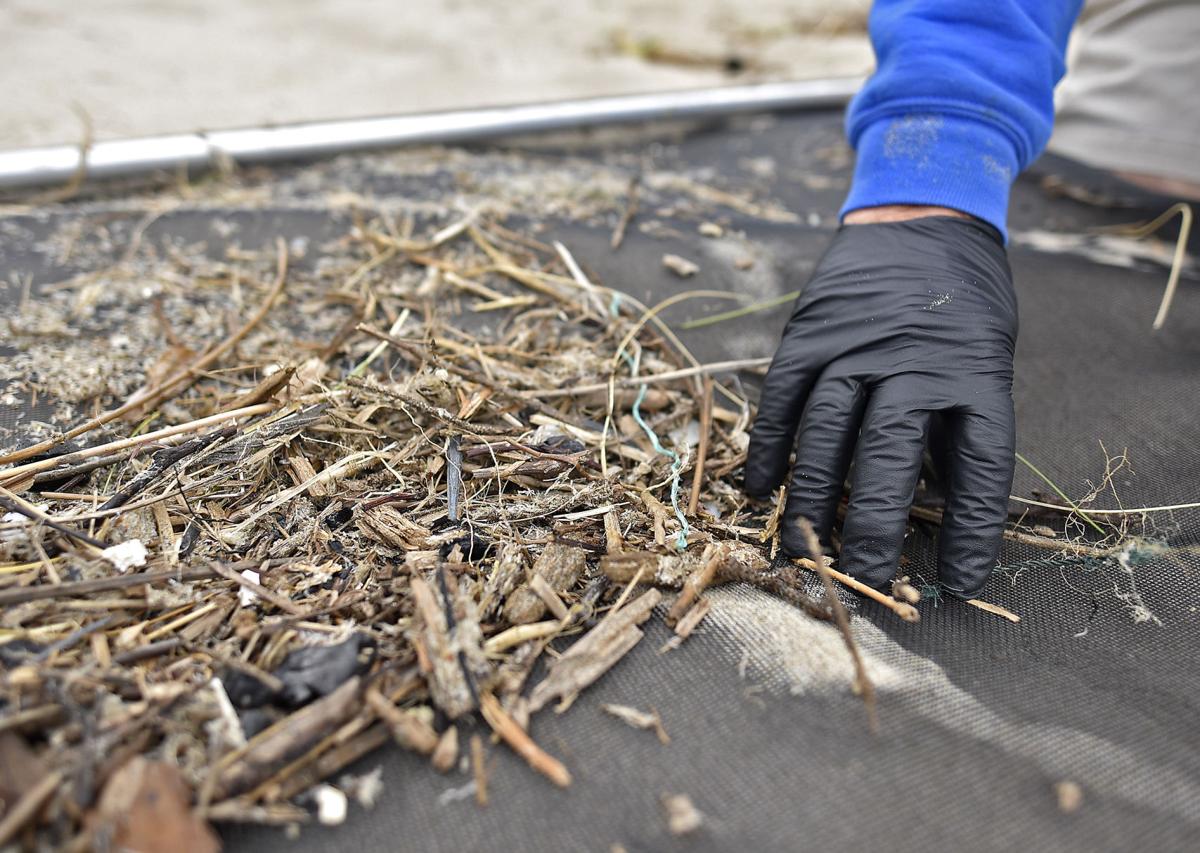 The Blue Wave organization has removed thousands of pounds of plastic from beaches in the Pacific Northwest. 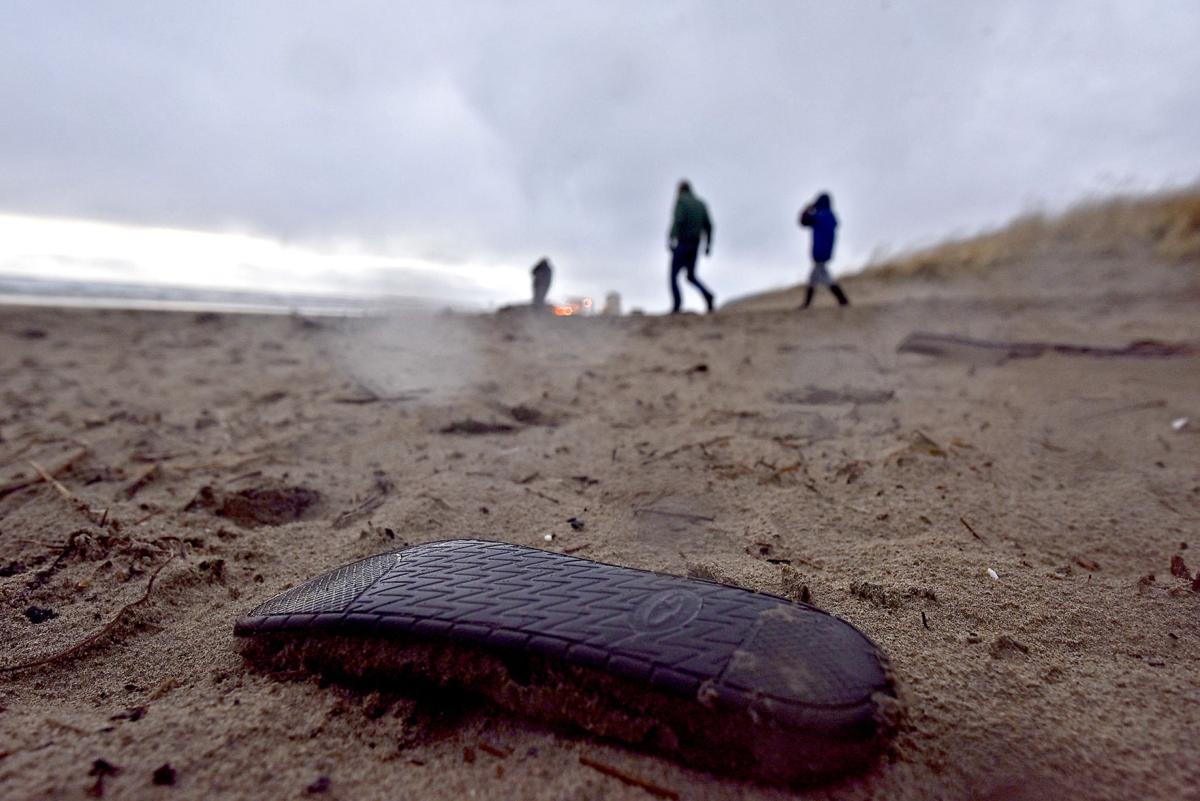 Plastic debris lies in the sand near Cannon Beach as visitors to the area build a campfire in the background. 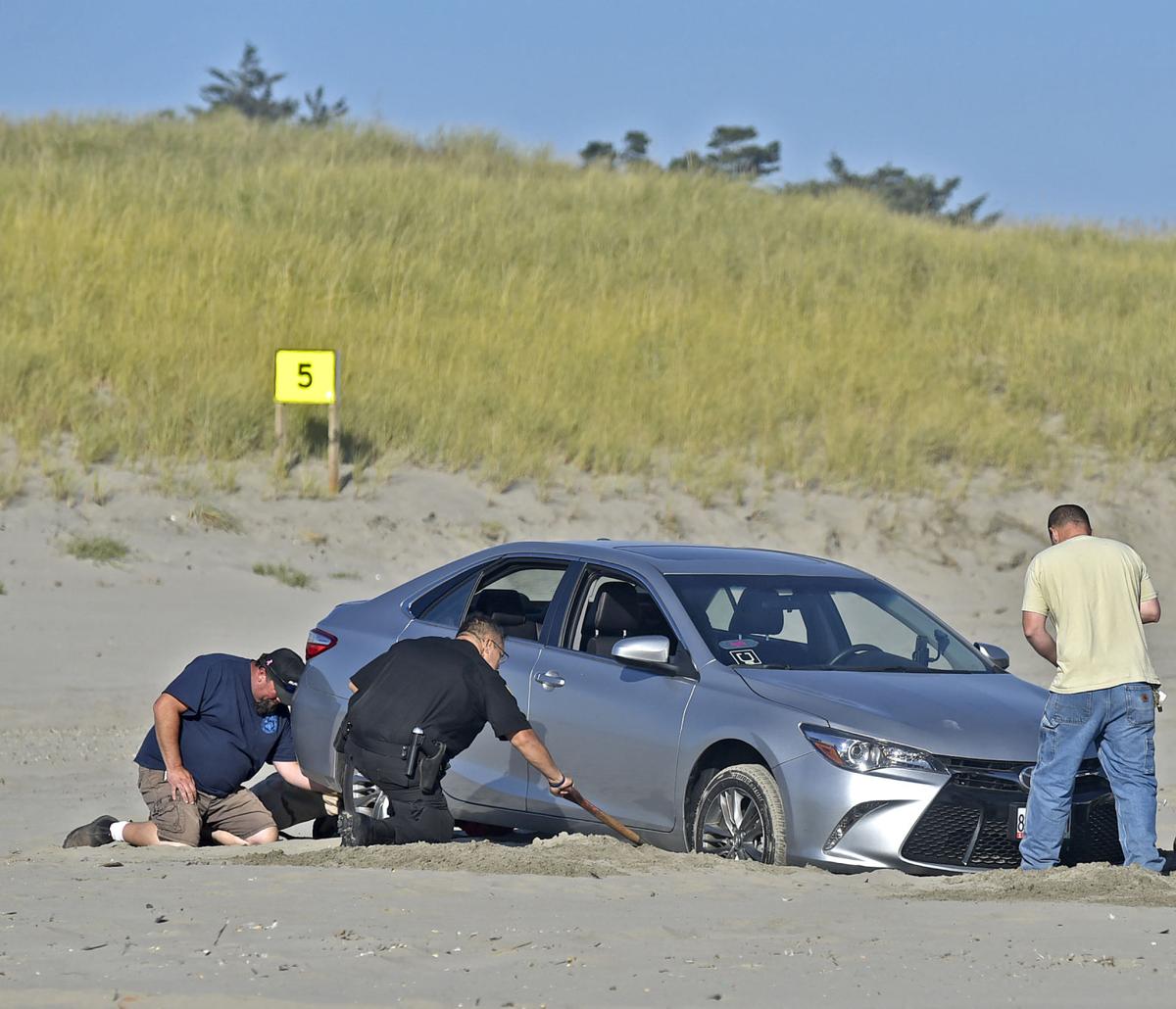 Good samaritans and a police officer try to remove a vehicle stuck in the sand near Gearhart. 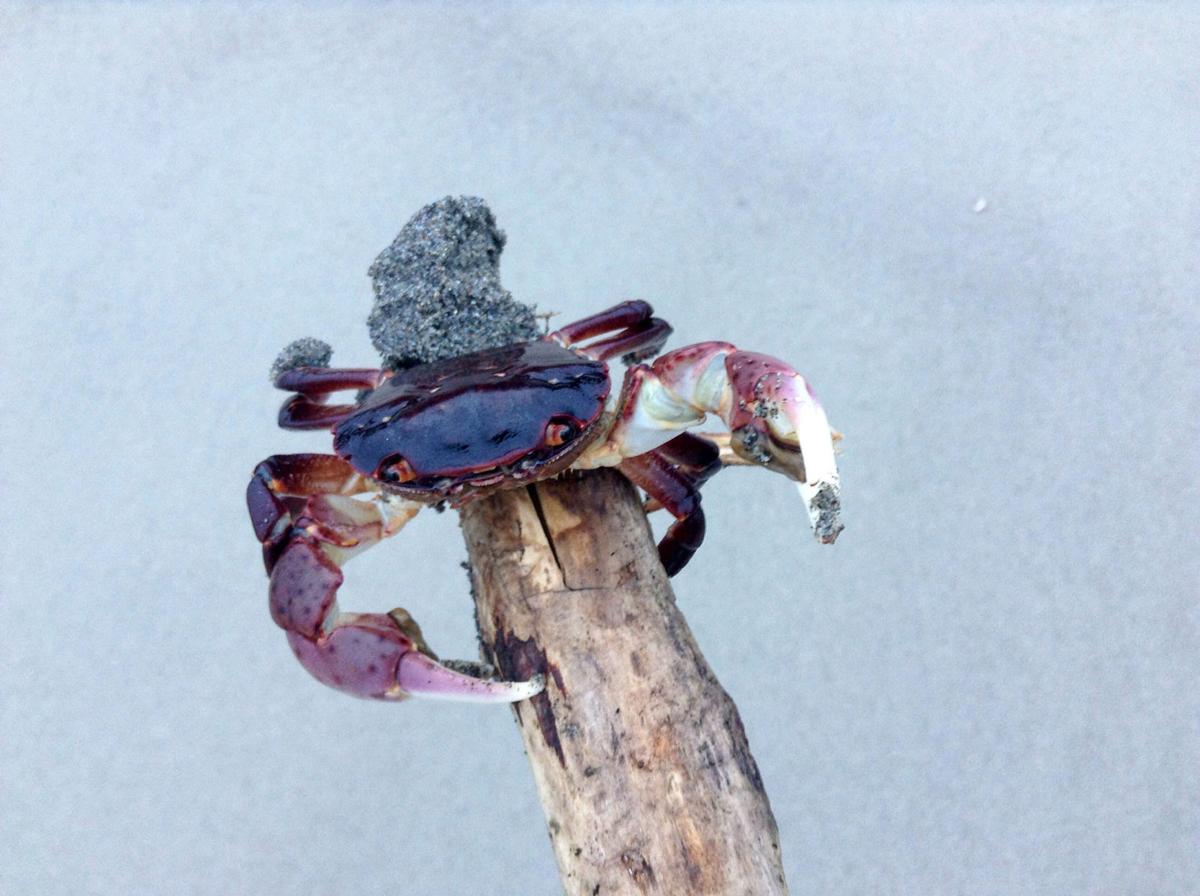 A purple shore crab hitches a ride back to the shelter of jetty rocks at Fort Stevens State Park near Hammond. 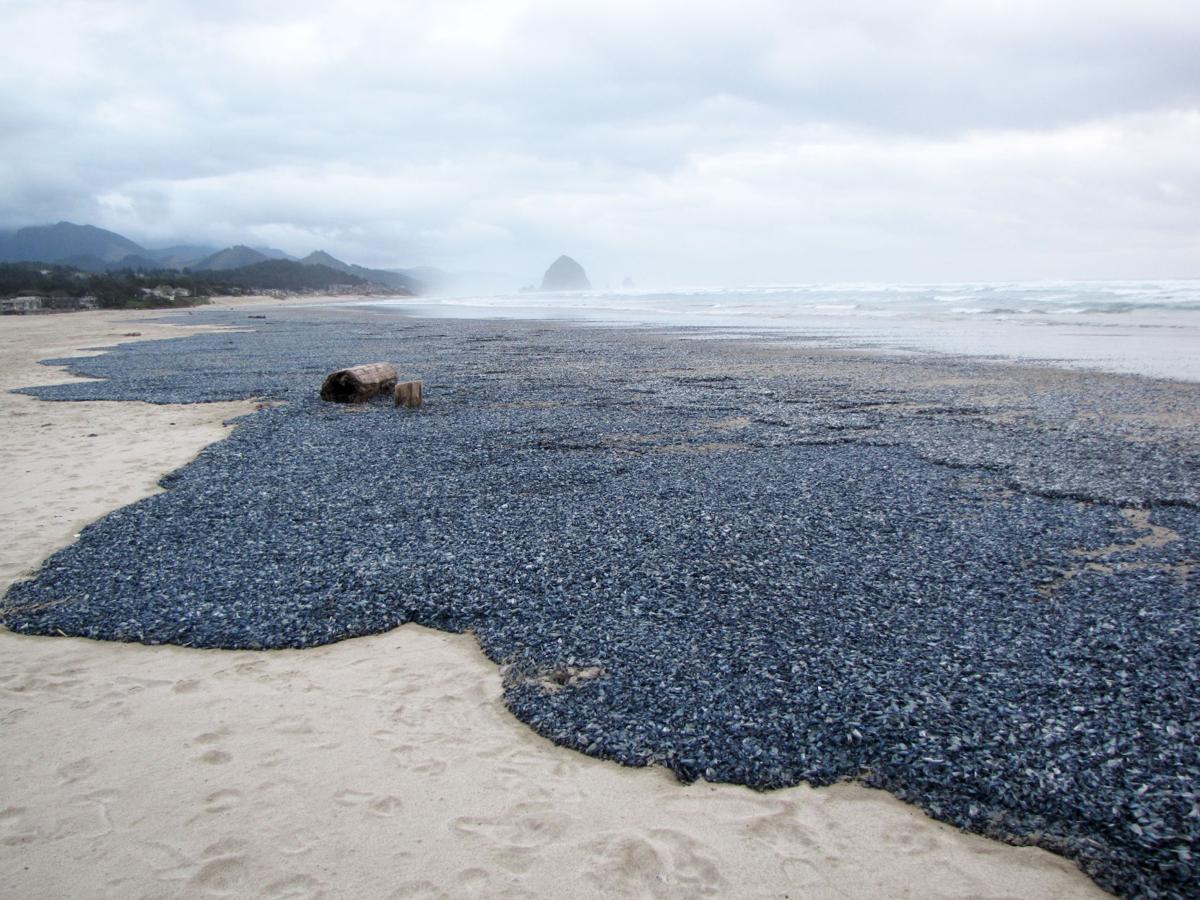 Velella velella wash ashore during a bout of strong westerly winds in 2015. Each velella is actually a colony of hydroid polyps. 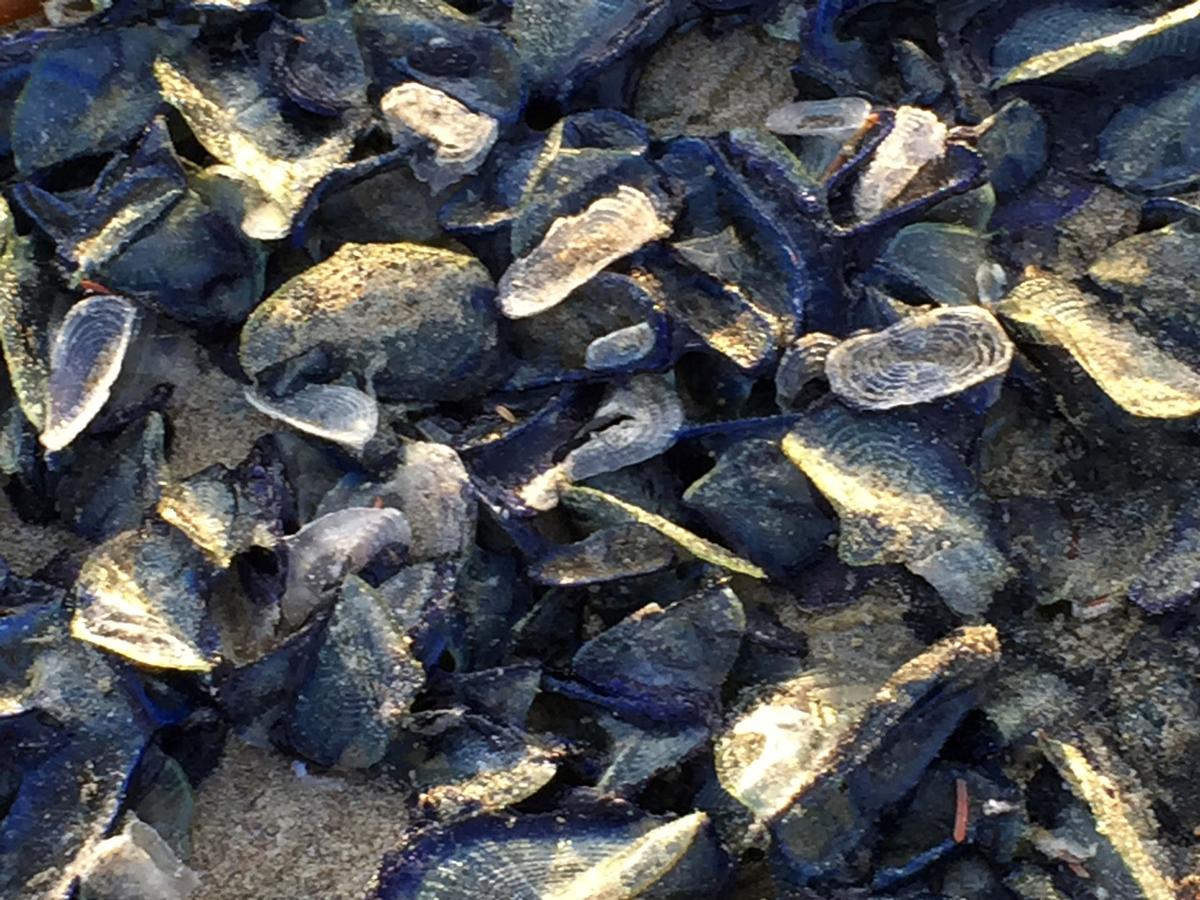 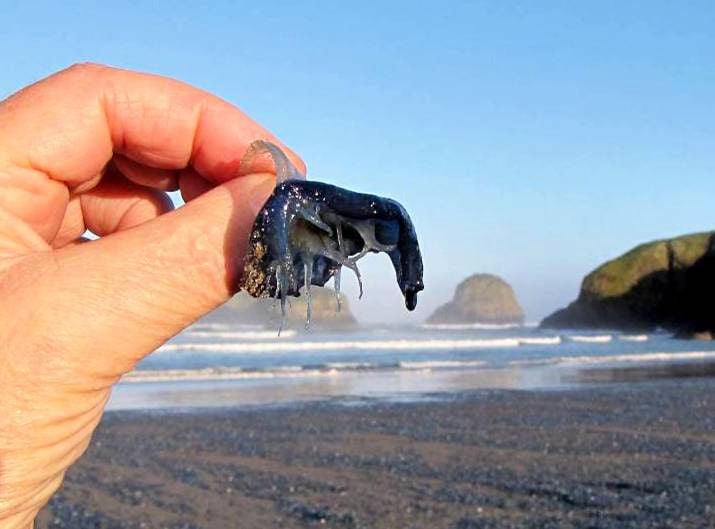 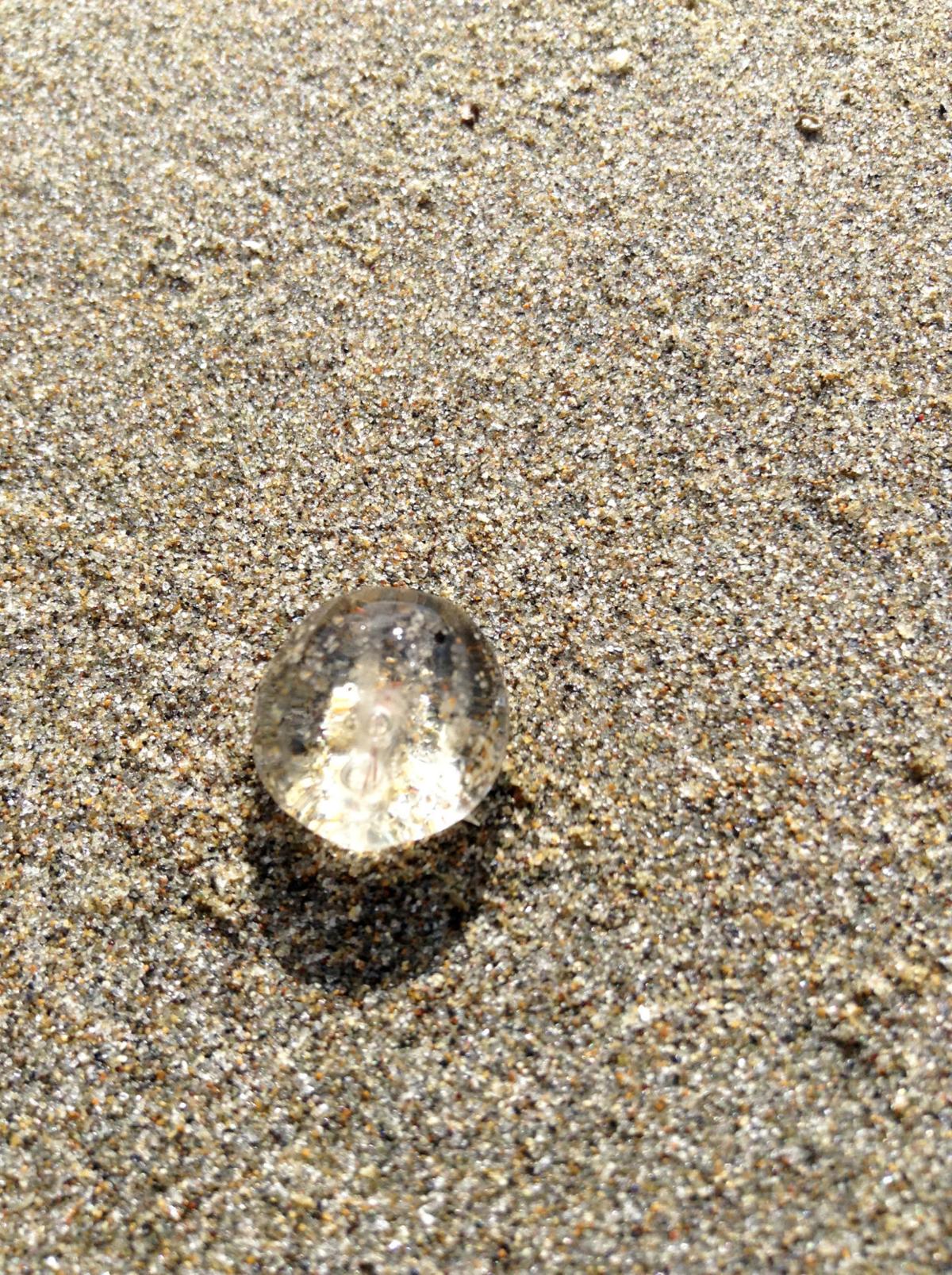 A tiny jellyfish, about the size of a marble, perches on the sand of a Clatsop County beach.

Sea stars at Haystack Rock in Cannon Beach have been hit particularly hard by a disease in recent years.

The Blue Wave organization has removed thousands of pounds of plastic from beaches in the Pacific Northwest.

Plastic debris lies in the sand near Cannon Beach as visitors to the area build a campfire in the background.

Good samaritans and a police officer try to remove a vehicle stuck in the sand near Gearhart.

A purple shore crab hitches a ride back to the shelter of jetty rocks at Fort Stevens State Park near Hammond.

Velella velella wash ashore during a bout of strong westerly winds in 2015. Each velella is actually a colony of hydroid polyps.

A tiny jellyfish, about the size of a marble, perches on the sand of a Clatsop County beach.

My dad always wanted to find one of those old Japanese glass fishing floats.

They were the kind of rare that was within our reach. Not as common as a sand dollar, sure, but as we walked the tide line, it was conceivable that the glimmer we saw up ahead was the sun glinting off the curved cheek of a blue-green float. It was only a matter of time.

One spring, we spent a night — six kids and two adults — crammed into a tiny cabin within walking distance of a narrow, rock-strewn beach outside Tillamook.

The next morning, despite the cold and the rain, we scattered across the beach, the kids pitching seaweed at each other while our parents made sure none of us drowned.

I don’t remember who saw it first, but it felt like that moment in nature documentaries when herds of wild grass-eating beasts suddenly scent a predator and startle together.

Our heads snapped up at the same time. We all saw the glass gleaming. We knew instinctively that it wasn’t just another puddle or a rain-filled shell. This was the real deal, the long-expected moment. The glass float. My dad started running.

The float was magnificent, more green than blue and enormous. It was also broken. We stood next to it for a long time, torn between victory and disappointment. Ultimately, we left it behind.

We never found another one.

These days, a group in Lincoln City hides around 3,000 studio-made, brightly colored glass floats above the high tide line along seven miles of beach each year. But these are art pieces, entertainment, not historic fishing gear.

The thought of finding a genuine glass fishing float washed up by the waves seems impossible now. You’re more likely to find one for sale in an antique store. Fortunately, there are plenty of other oddities — especially living oddities — to find on the beaches in Clatsop County if you only take the time to look.

Crabs: You can keep your anemones and sea stars. My favorite tide pool creature is the purple shore crab. You won’t see these tiny guys until suddenly you do. Then you will spot their amethyst- and ruby-spotted claws everywhere, as they creep deeper into a rocky crevice or scuttle under an overhanging rock and eye you suspiciously from the shadows. Look for them among rocks around tide pools when you visit Indian Beach in Ecola State Park or in near-shore rocks when the tide is low.

Weird plastic: This one is a bit of a downer. Once you start looking for plastic on Oregon beaches, you start seeing it everywhere. Plastic is bad news for the ocean, the beach and all the creatures that make their homes there. However, artists have found ways to turn plastic pulled off beaches into some truly astounding art, or even jewelry — all to raise awareness about the impact of plastic pollution. (See Trash Talk on Page 100). Several dedicated groups organize yearly cleanups along Clatsop County beaches, using specially constructed sieves to filter out micro plastics.

Dead sea lions: Not everyone’s choice, but dark things happen out there in the natural world and this will be probably the closest you can safely get to these large marine mammals. But keep pets away. Oregon biologists noted several cases of leptospirosis, a disease caused by bacteria, in Oregon’s sea lions last year. People and dogs can catch the disease, though dogs are far more likely to be exposed given their penchant for rolling in icky, smelly dead things. Good news, pet owners: You can vaccinate for leptospirosis. Bad news for everyone: Dead sea lion is a super-distinct, particularly terrible smell.

Weird jellyfish: Besides the usual milky white Moon Jelly or the stinging, yellow-brown Pacific Sea Nettle, there’s the tiny Comb Jelly. Its globe-like body is usually less than an inch big and seems to hold a spark of sunlight inside. It can’t sting and looks like a strange, delicate bead of water on the sand.

Then there is the by-the-wind-sailor or Velella velella, a floating colony with a clear triangular sail above that catches the wind. These guys wash up in huge numbers throughout the year and, once beached, bleach in the sun. One year, they were so numerous on the ocean waves at Fort Stevens State Park that people kept calling the Coast Guard to report capsized boats, mistaking the undulating masses of floating by-the-wind-sailors for oil slicks.

Pyrosomes: If you were here in 2017 and early 2018, you might have seen pyrosomes. These strange colonies look like bumpy translucent hollow tubes made out of jello and are more common in warmer waters. During those years, however, there was an invasion on the North Coast. Thousands — millions — of the creatures washed up for months on beaches in Clatsop County and floated in such densities offshore that they gummed up commercial fishing gear. They ranged in size from the length of a pinky to that of a palm or even bigger. Sightings trailed off in 2018, but researchers are still studying them to figure out why they showed up in such abundance and what impact they might have had on the food chain.

Cars stuck in the sand: People can drive on the beach in certain areas in Clatsop County — a controversial issue. If you, like me, are not always thrilled to have a peaceful beach stroll interrupted by cars and trucks barreling down on you, scattering seabirds, crushing clams and doing cookies in the sand, here is your satisfaction — many times these guys believe their vehicles are invincible to natural forces like soft sand, hills and tides. Turns out, they are not. Often they get stuck and then a phalanx of fellow cars troops down to haul them out while the driver sits there looking embarrassed.

Sand fleas: First, they’re not fleas and they don’t bite, though it can be a little gross when whole flocks of them (herds?) are jumping in the sand around your feet. The tiny crustaceans are called amphipods, the most common of which, in Clatsop County, is the Pale Beach Hopper — adorable, right? You’ll see them just about any time you’re walking on the sand. They are smaller than a fingernail and highly mobile. They are also the housekeepers of the beach and eat all the marine debris that washes up daily at high tide. Without them, the beach would be a much stinkier place.