Skip to main content
You have permission to edit this article.
Edit
Area Guide
Calendar
Coast Weekend
Our Coast Magazine
Weather
Multimedia
Newsletters
Share This
1 of 9 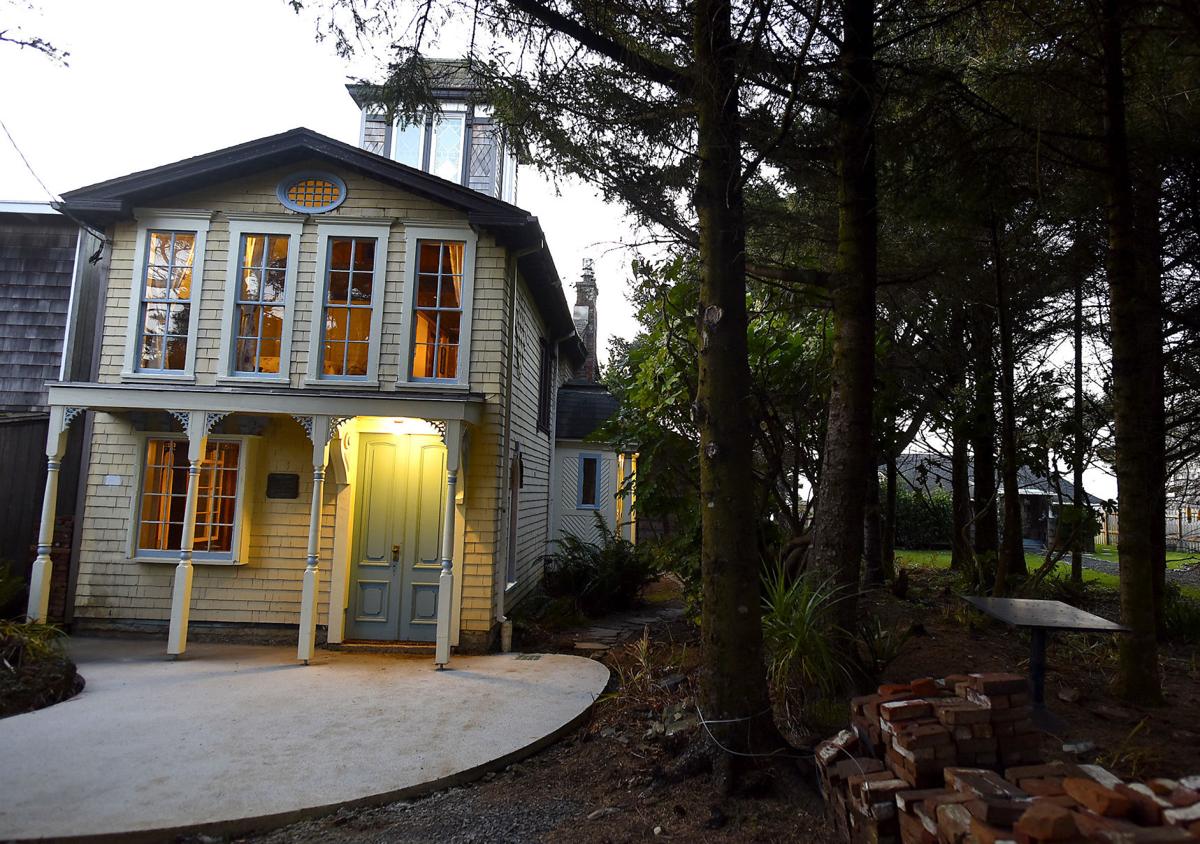 The home also features an observation tower with expansive views of the coast near Cannon Beach. 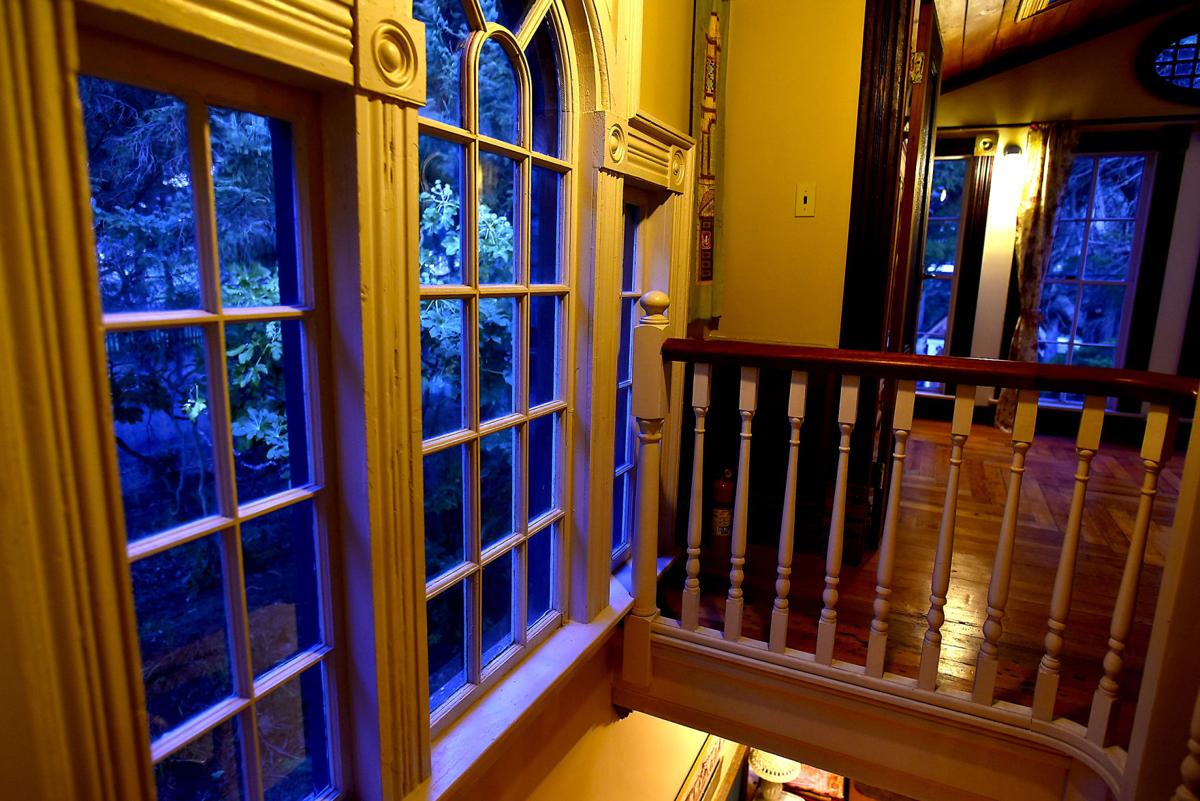 Large windows throughout the home allow in natural light. 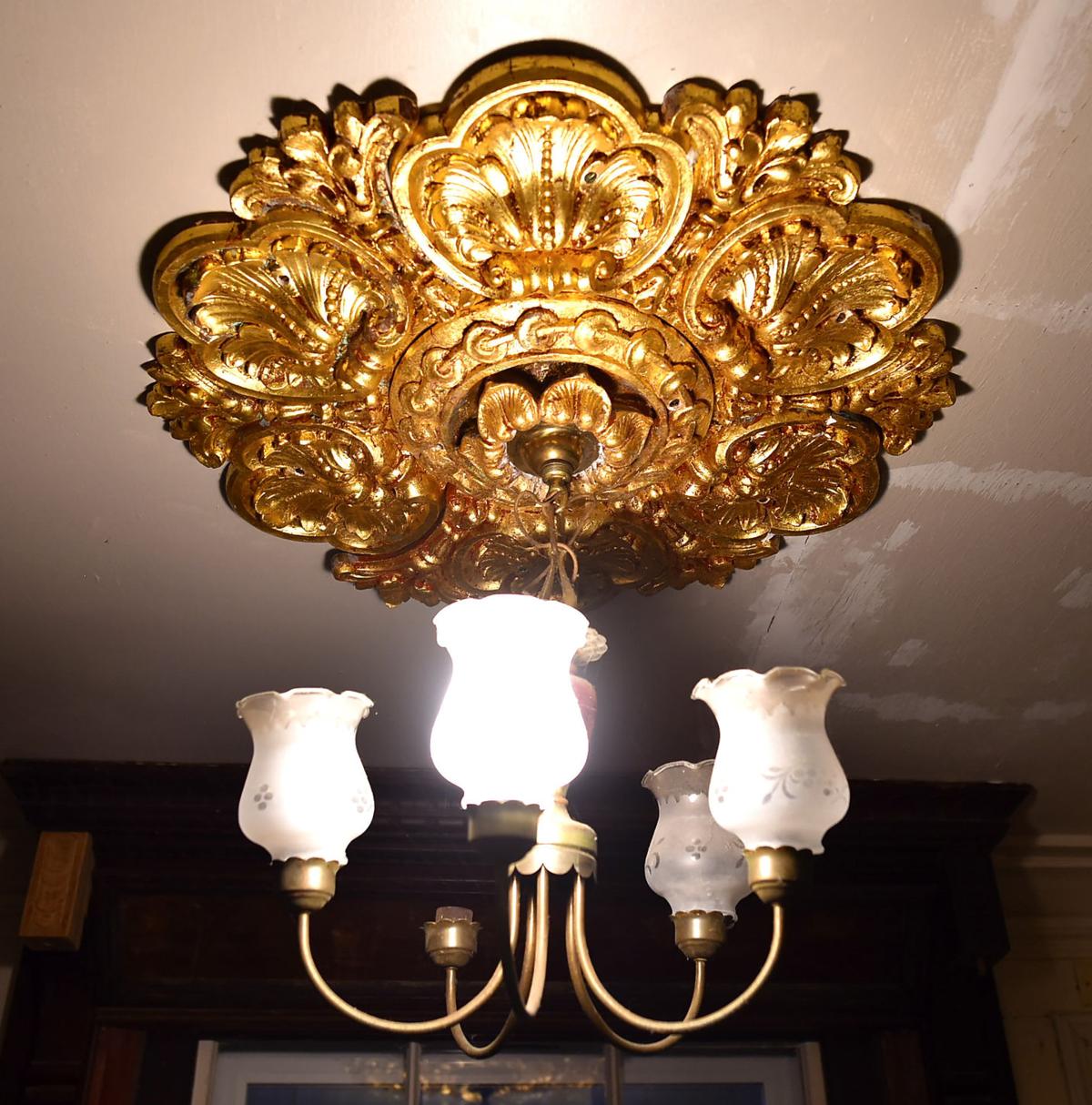 Ornate chandeliers and other custom enhancements exist throughout the cottage. 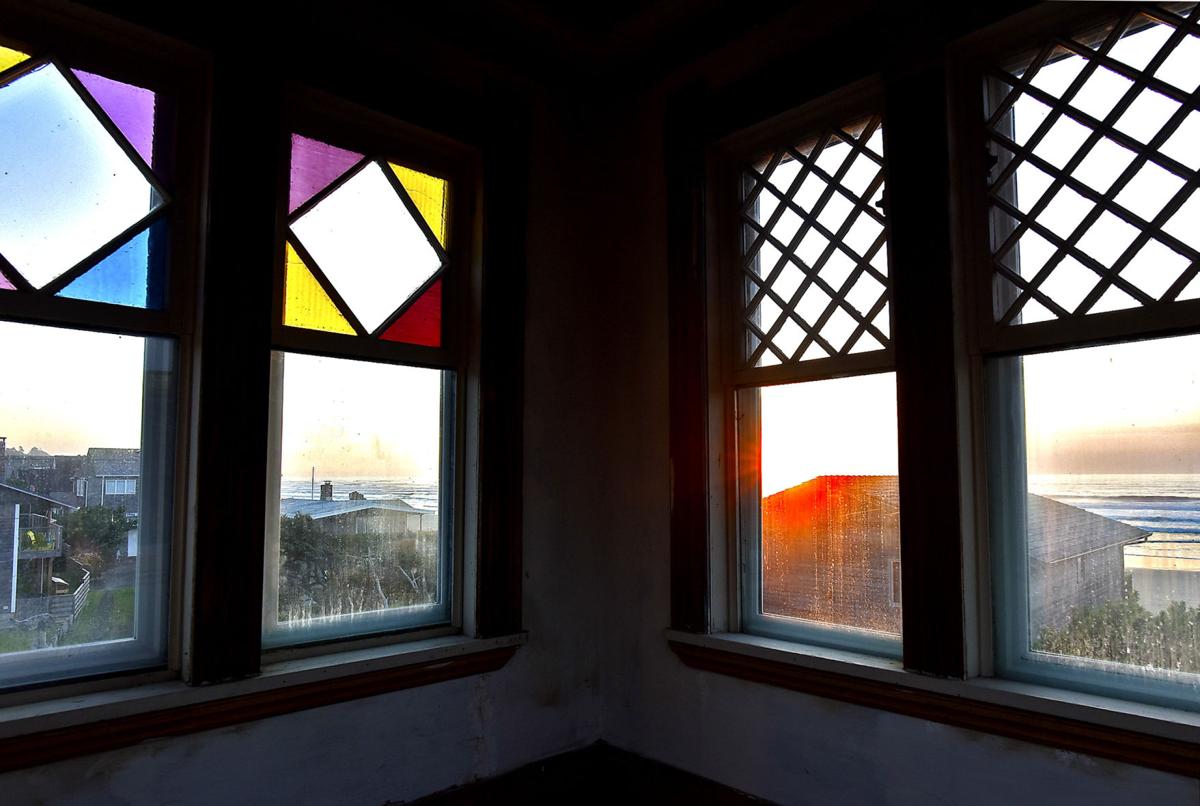 The view from the home’s observation tower includes an expansive panorama of the coast and the ocean. 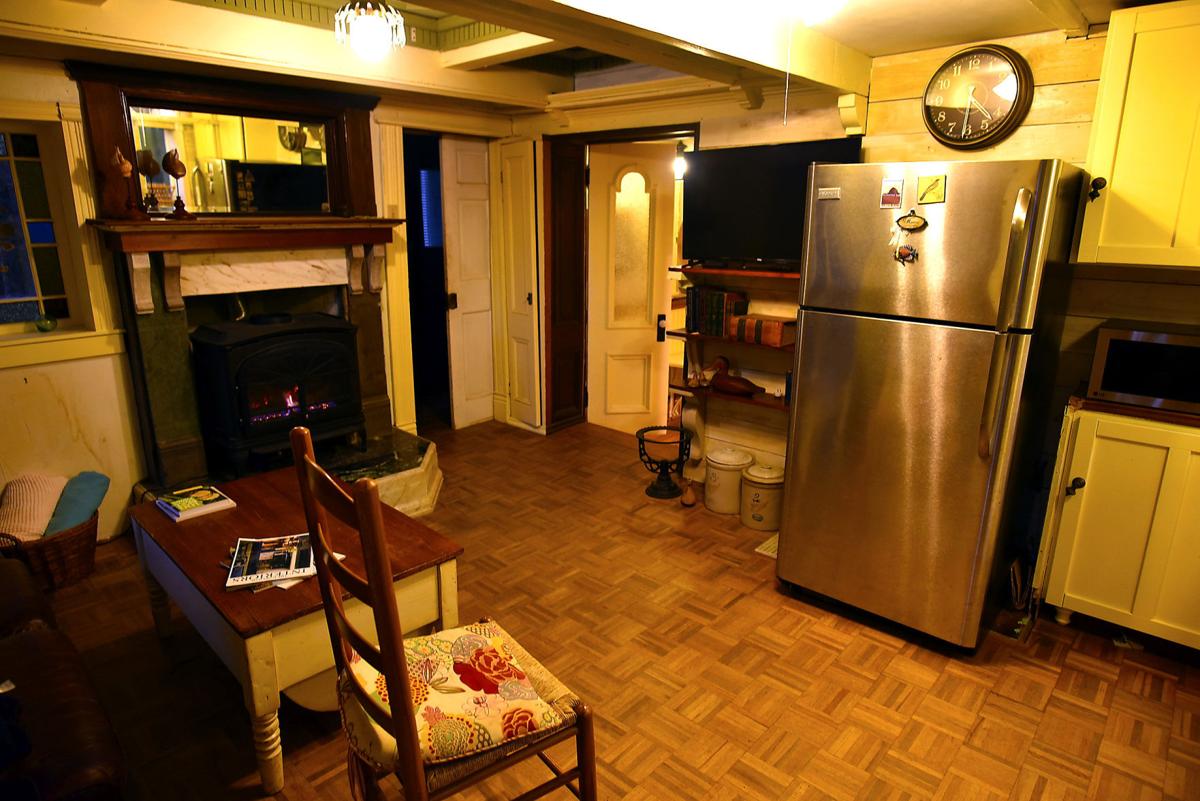 The living room adjacent to the kitchen also has a wood burning fire place. 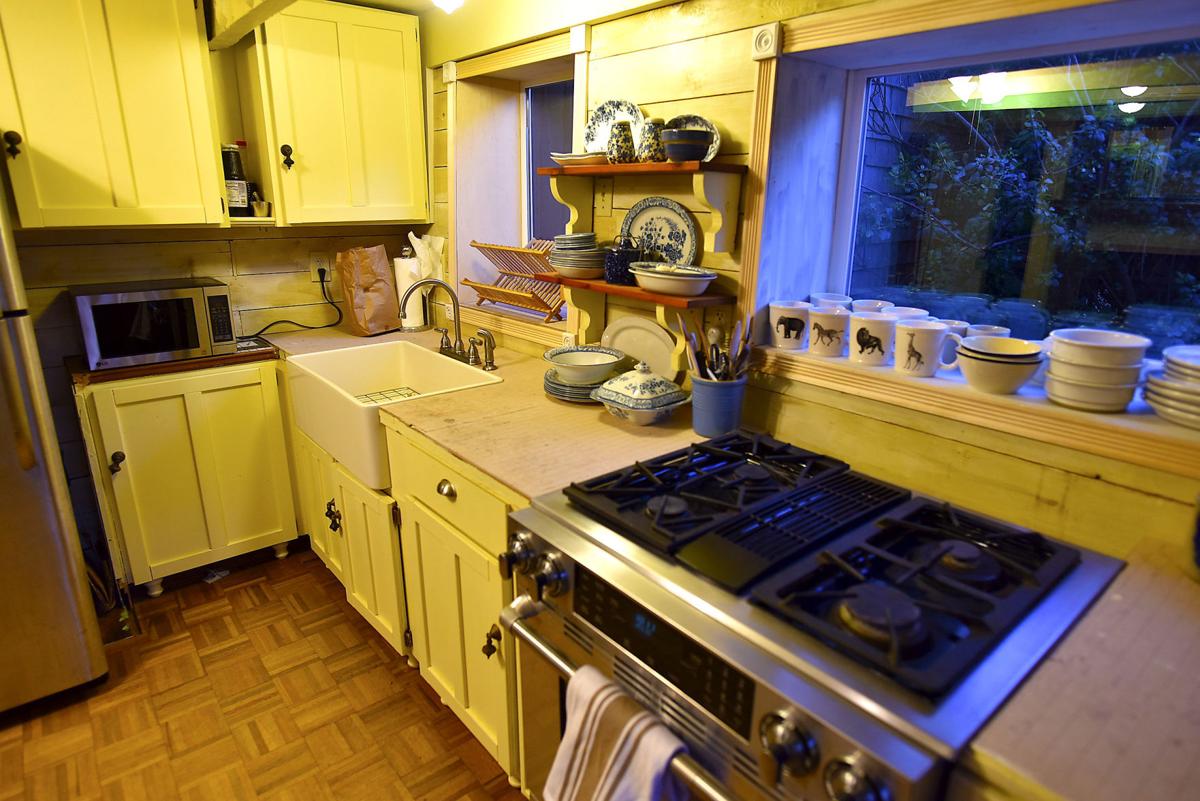 The kitchen in the home features plenty of counter space and a high-end stove and range. 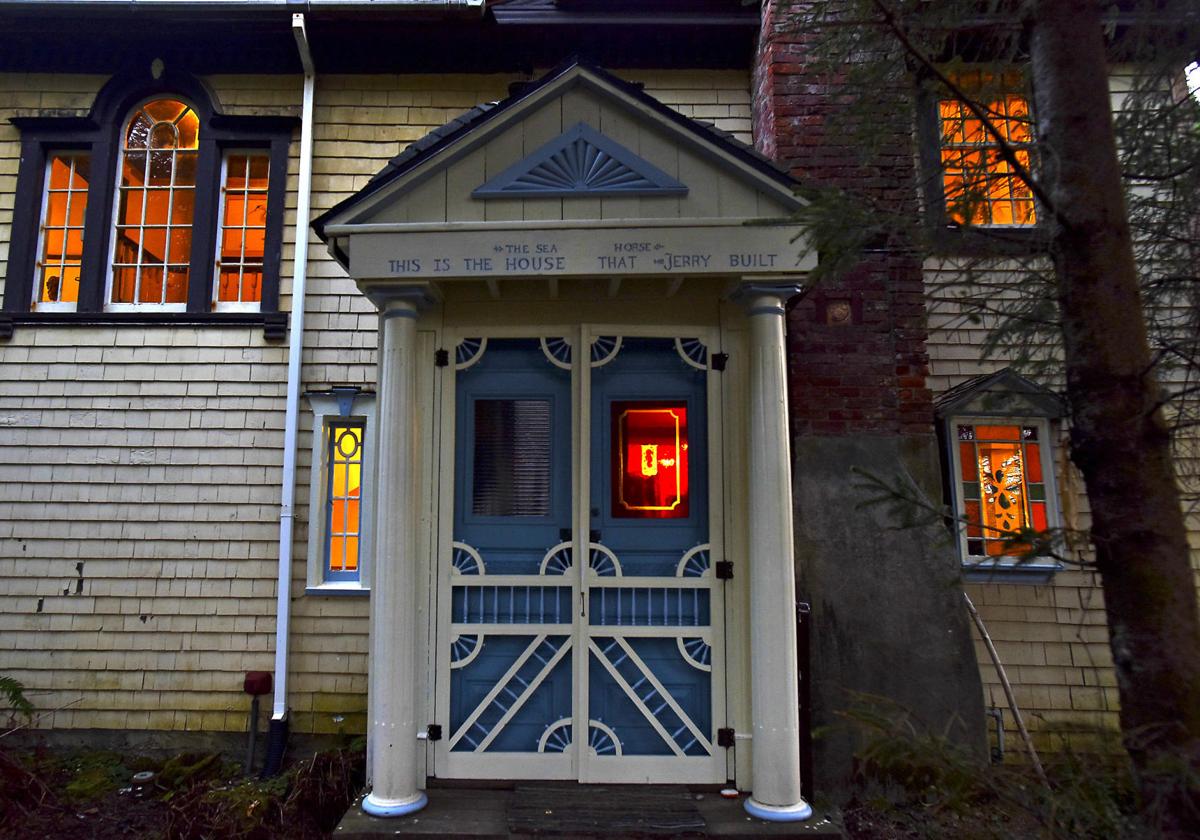 The cottage in Tolovana Park was built by Jerry Bosco using materials recovered from Victorian-style homes in Portland and still bears his name to this day. 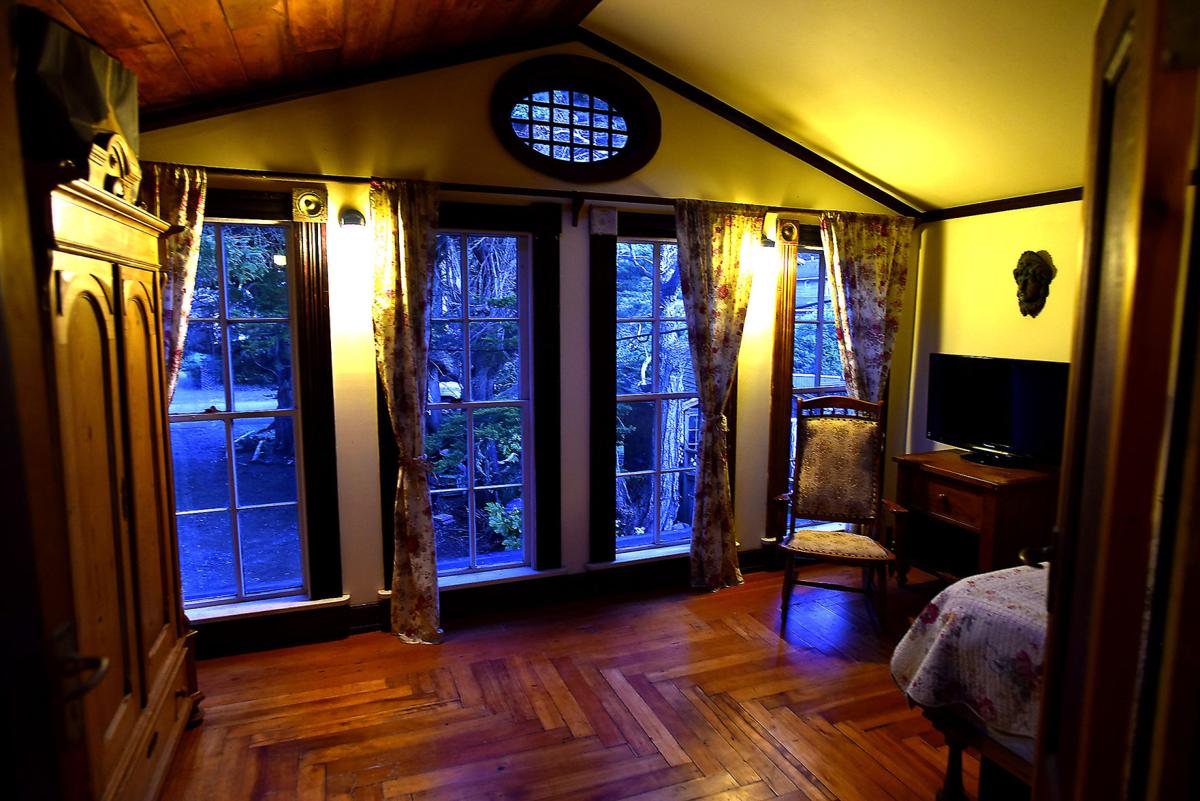 The cottage in Tolovana Park was built using materials from 1950s-era Victorian homes demolished in Portland. 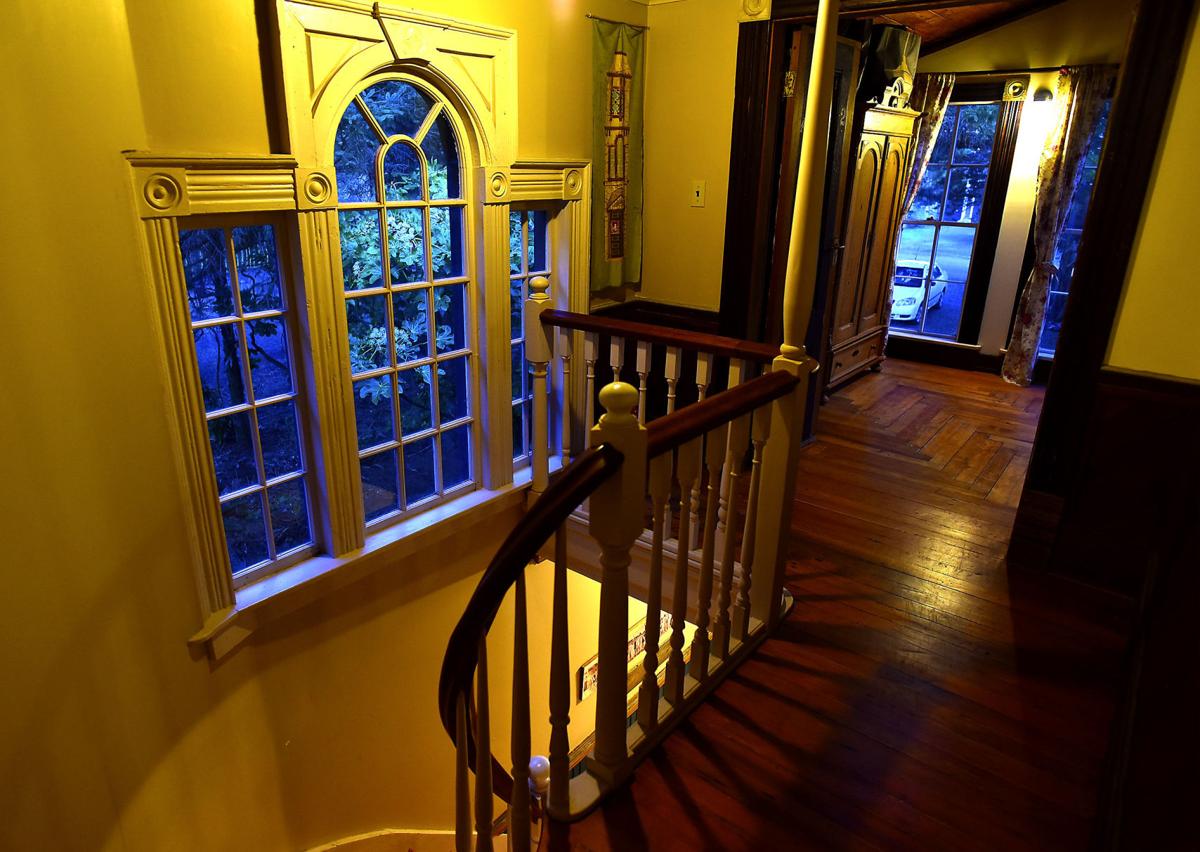 The home also features an observation tower with expansive views of the coast near Cannon Beach.

Large windows throughout the home allow in natural light.

Ornate chandeliers and other custom enhancements exist throughout the cottage.

The view from the home’s observation tower includes an expansive panorama of the coast and the ocean.

The living room adjacent to the kitchen also has a wood burning fire place.

The kitchen in the home features plenty of counter space and a high-end stove and range.

The cottage in Tolovana Park was built by Jerry Bosco using materials recovered from Victorian-style homes in Portland and still bears his name to this day.

The cottage in Tolovana Park was built using materials from 1950s-era Victorian homes demolished in Portland.

At first glance, the house that Jerry built in Tolovana Park appears to be a beach cottage similar to others on Pacific Street. But look up: A tower stretches toward the sky.

It’s a hint that this home may be just a little bit quirky. And the first step inside confirms that suspicion.

The “Sea Horse,” named by its builder, Jerry Bosco, is 1,245 square feet of space built with house parts from Portland-area Victorian homes demolished in the 1950s to make way for new development.

From the massive carved wood piece framing the alcove in the front room to the second-floor ceilings that once were door jambs, the little house has a surprise at every turn.

“It’s one of those houses that keeps on going,” said Susan Tompkins, who with her husband, David Slansky, bought the house nearly two years ago from Bosco’s sister. Bosco died in 1987.

“We love old houses,” Tompkins said. The couple renovated a Victorian house in Hillsboro, where they operate an adoption agency.

While Tompkins and Slansky are putting their own style on the house, they are keeping Bosco’s original intention in mind.

“We feel we’re finishing Jerry’s work,” Tompkins said. “All of these house parts — they’re so eclectic — none of them match. We always ask, ‘What would Jerry do?’

“We’re having a ball with it.”

They became interested in the house on a walk through the Tolovana neighborhood on the south end of Cannon Beach.

“We saw the tower from the street and said, ‘Oh my God, there’s a Victorian there,’” Tompkins recalled. “We fell in love with the house before we ever got inside. Then we got to see the inside, and we were totally gone.”

Even as a young boy, Bosco was interested in collecting pieces of history, according to his sister, Bonnie Schein. First, they consisted of family keepsakes. Then he started to come home with windows and door frames on his bicycle.

“He was always bargain shopping and scavenging,” Schein wrote in an email. “The Portland wreckers who took down the Victorian houses for the construction of the Lloyd Center always called him to come help dismantle and carry stuff away. His estate had 100s of stained glass windows …”

As kids, Bosco and Schein spent summers in the cabin their parents owned next door. Bosco’s father received the Sea Horse property as part of a business deal.

In 1952, when he was 14, Bosco went from building playhouses to constructing a one-room cottage on the property. He gradually added more rooms, with a curved staircase connecting the two floors. The tower also was an early addition.

By 1957, Bosco’s house was well on its way, according to a “logbook” kept by a young neighbor to the west. Kathy Foster was in grade school when she described the house that “Mr. Jerry” was building.

She noted that he had spent “only about 30 dollars on his small model of an old house. He will get most of the lumber from the beach … Many of the windows are staned (sic) glass. Mostly all of them.

“If you will look around the house,” she added, “you will see that various parts of the room have been carved upon. Mr. Jerry also above other things is a very good carver.”

Not a straight line in the house

That first room was the “keeping room,” a kitchen with a fireplace on a raised marble hearth. The hearth may have come from a bank, just like the marble floor in the front room.

A set of double doors — one set of several in the house — leads to the outside. Over the door is a panel with the words “Sea Horse” and “This is the house that Jerry built.” The door is also etched with a seahorse.

Another set of double doors leads to the hallway. The old opaque glass doorknobs are attached, but the doorknob on one door is higher than the knob on the other door. That’s to be expected; there’s probably not a straight line in the house.

“He wasn’t a carpenter,” Tompkins said of Bosco.

Tompkins and Slansky have done some electrical work in the kitchen and installed a gas stove. But they kept the “captain’s nook” with the two paneled benches and a table. Here, they can gaze out a window, festooned with colored glass bullseyes, which Bosco created. The window curves out to resemble a window on an old ship.

A stained glass window on the other side of the kitchen is one of the oldest windows in the house. A third window was etched by Bosco, who also taught art at Lincoln High School in Portland.

Bosco and Ben Milligan formed the Bosco-Milligan Foundation and the nonprofit Architectural Heritage Center in Portland, which seeks to preserve the Northwest’s historical character and promote the re-use of period homes and buildings. According to the foundation’s website, the National Park Service documents that the Bosco-Milligan Foundation’s collections of historic building artifacts are the largest in the West and among the five largest in the U.S.

Wainscoting taken from other houses lines the walls throughout the Sea Horse, and most floors are composed of recycled fir boards. Arched and circle windows and small, narrow windows appear everywhere. Decorative corbels are attached to nearly all the walls, even when the wooden support brackets don’t support anything.

All of the ceilings are different. In the kitchen, Bosco made a plaster of Paris mold of rectangular squares around the kitchen light. The chandelier in the front room is surrounded by gold leaf. Door jambs have been fitted together to create a dramatic effect in the guest bedroom upstairs.

“This must have been like a puzzle. He had a lot of pieces, and they had to go together somehow,” Tompkins said.

Up the curved stairway, the bedrooms also embody the Bosco touch. The guest bedrooms, which once were sitting rooms, are surrounded by windows enclosed in Victorian-style door frames; several of the frames around windows and archways are decorated with ornamental wooden bullseyes in each corner.

One guest bedroom has a gas stove, which replaced an original wood stove. Down two stairs is another sleeping alcove. They are separated by sliding double doors in Queen Anne style with colored glass.

In the master bedroom, four full floor-to-ceiling windows fill the west wall, with a view of the trees and a new Victorian-style tool shed in front of the house. A glass case on another wall contains artwork; before the house was sold, it kept Bosco’s sculptures and pottery. A few of his sculptures remain in the home.

Carved with a gingerbread of squares and rectangles, the wall behind the bed adds to the room’s whimsy.

But the wall in the upstairs bathroom has a story to tell. It has a movable panel that, when Tompkins slides it up, reveals a secret shelf.

“Supposedly this (wall) came from an opium den,” Tompkins said.

She has heard the story that Bosco bought an old house for parts and at one time the house belonged to opium sellers who installed the secret “room.”

“This is where they kept their loot — supposedly gold and pearls,” she said.

That same bathroom features a vintage wooden toilet with the wooden tank positioned high on the wall and a pull chain to flush. There’s a clawfoot tub, too. Tompkins calls it an “original Jerry.”

For those with a mathematical bent, the downstairs bathroom floor contains tiles with address numbers from former Portland houses arranged in the formula of “pi.”

‘We have hit our dream’

But the home’s topmost detail — literally — is the tower.

Reached by pull-down stairs in the center of the house, the observation tower consists of a 7-foot by 7-foot space surrounded by stained glass and clear glass windows for a view of the ocean a block away.

“It’s a stunning view, Tompkins said. “There are Victorian carvings in the ceiling; it’s a tall ceiling about 15 to 20 feet high. I’d like to go up there in the winter and read.”

People stop by the house all the time, she said. They say they knew Bosco and often tell stories about him.

“I wish we had met him,” Tompkins said. “He must have been quite a character.”

Although it needs work, the house that Jerry built will remain essentially as he conceived it.

“This is our treasure,” Tompkins added. “We feel we have hit our dream.”