Skip to main content
You have permission to edit this article.
Edit
Area Guide
Calendar
Coast Weekend
Our Coast Magazine
Weather
Multimedia
Newsletters
Share This
1 of 7 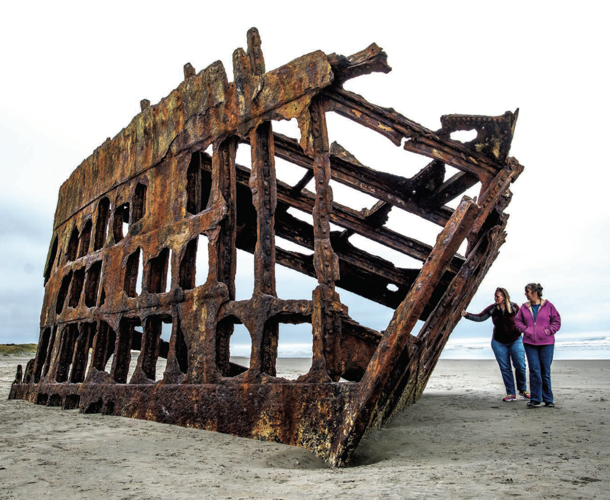 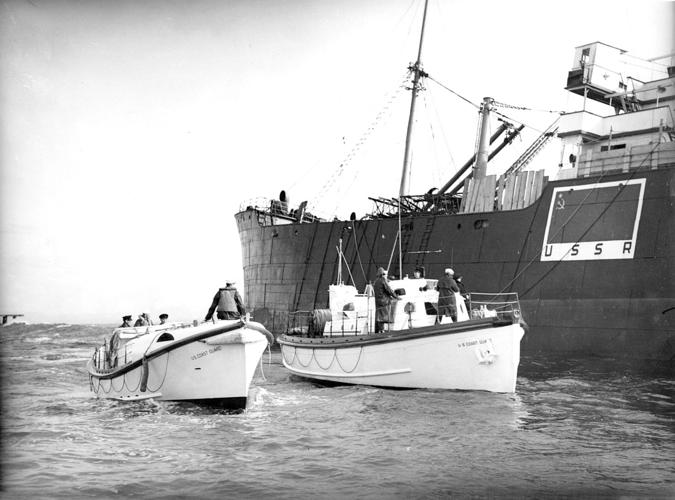 The U.S. Coast Guard helps rescue Russian sailors from the Vaslav Vorovsky, which wrecked in the Columbia River in 1941. 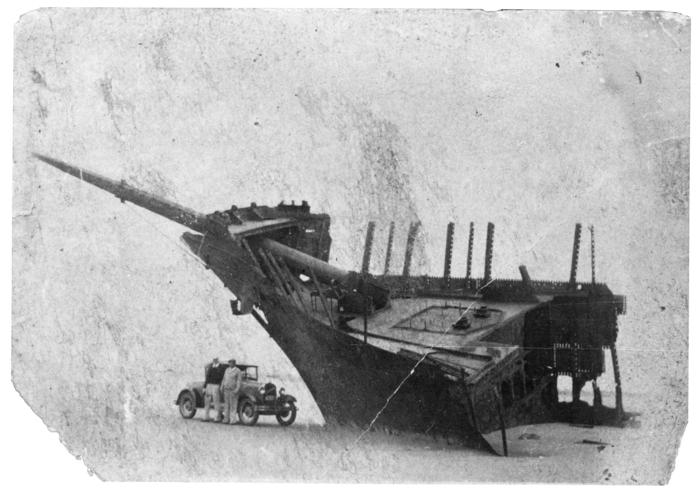 The Peter Iredale, seen here in the 1930s, wrecked on Clatsop Spit in 1906 and has drawn a captive audience ever since. 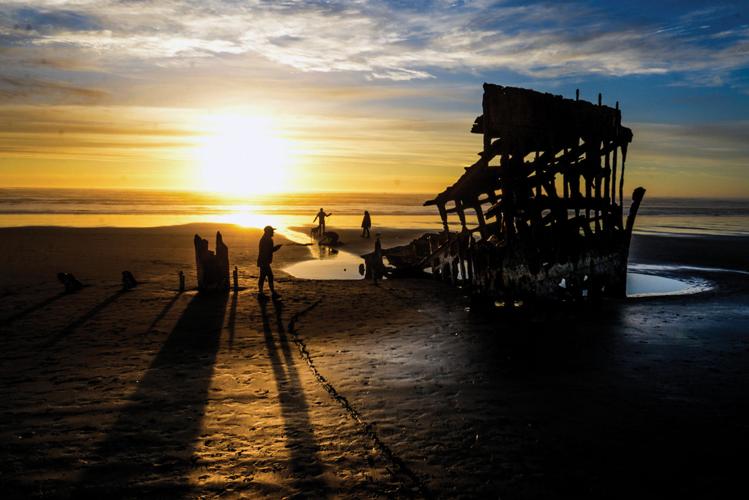 People walk along the beach near the Peter Iredale shipwreck at Fort Stevens State Park at sunset. 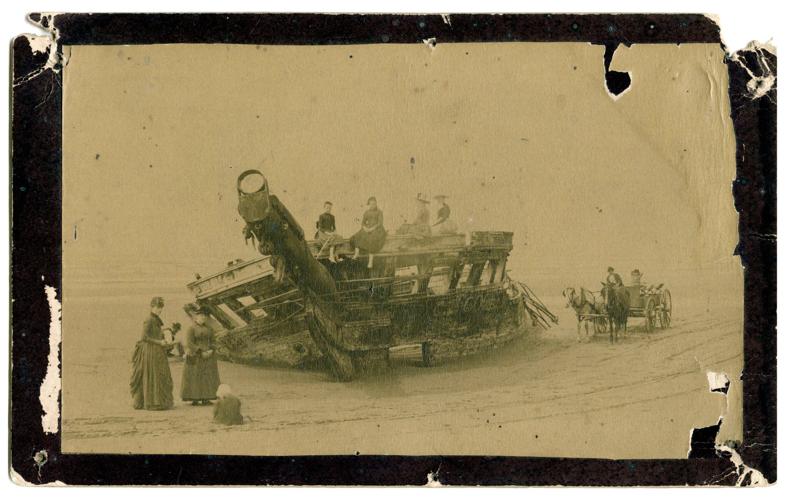 The American bark Harvest Home wrecked near the north end of the Long Beach Peninsula in 1882. 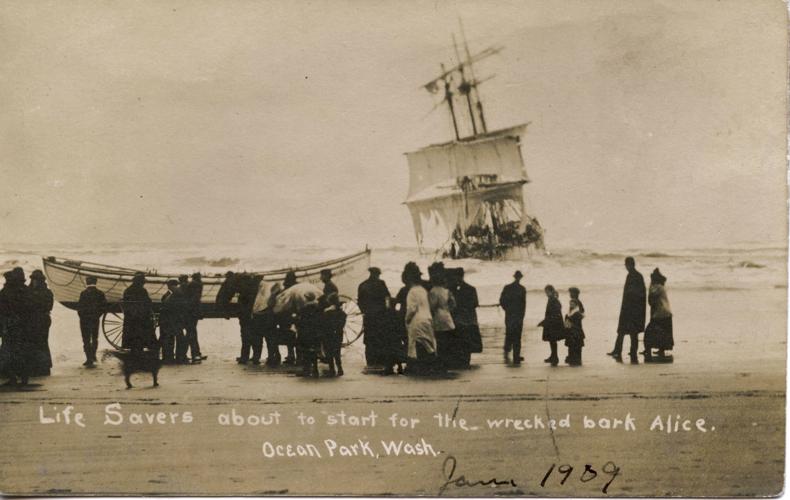 Curious onlookers observe the rescue of the crew of the French ship Alice, which wrecked near Ocean Park, Washington, in 1909. 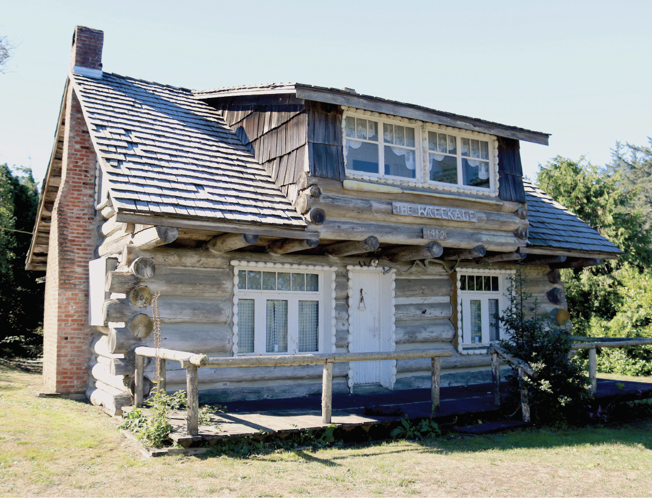 In Ocean Park, there’s a cabin called The Wreckage built in 1912 from materials almost entirely salvaged from local shipwrecks.

Since the early days of exploration, the treacherous mix of water and sand near the mouth of the Columbia River has claimed hundreds of ships and an untold number of lives. Though hard-earned experience and changing technology has placed our infamous era of shipwrecks mostly in the past, its legacy will long remain.

In the hours of first light on the foggy morning of Oct. 25, 1906, Capt. H. Lawrence, the last to leave his stranded vessel, came ashore in a lifeboat with only three things in his possession: the ship’s log, a sextant and a demijohn of whiskey. Turning to face his floundering craft, an angry surf still boiling all around her, he snapped to attention, offered a dignified salute, and, after a moment of silence, said to his ship, “May God bless you, and may your bones bleach in the sands.” Joining the members of his onlooking crew, all of them sodden and exhausted, he placed the whiskey at their feet and, with a flourish of his hand, gave them one final, merciful order: “Boys,” he said, “have a drink.”

All 25 members of the crew of the Peter Iredale, as well as two stowaways, walked off with their lives that fateful morning — luckier by far than so many who had come before. I think of them each time I walk that stretch of beach on Clatsop Spit, imagining how the burn of the whiskey would have felt as it hit their empty stomachs, how the illusion of its warmth would have radiated out to arms and legs long numb with cold and how none of them, locked only in their joy to be alive, could ever have conceived that more than a century later, their farewell toast would still be lingering on the breeze.

Of course, the “bones” of the Iredale, or at least what’s left of them, remain to this day. Easily the most well-known and most visited shipwreck in the Pacific Northwest, it became a tourist attraction the very morning that it ran aground. Local schools let out early, horse-drawn carriages plowed through sand to see it, and the first of a hundred years’ worth of photographers started lining up to take its picture.

Famous mostly by virtue of its easy access and longevity, the Iredale is emblematic of a shipwreck’s intrinsic ability to captivate a crowd. Attracted to the drama of the scene — a moment of catastrophe, frozen tangibly in time — humans have been flocking to these disasters for as long as we’ve been taking to the seas. Quick to embrace any tragedy not our own, an open window into someone else’s misery somehow brings our own good fortunes sharply into focus.

But it’s not only the insight of calamity that carries an allure. In the days of sail and steam, when they occurred with staggering frequency, every shipwreck also bore the promise of its own exotic bounty.

On Washington’s Long Beach Peninsula, where I make my home, all 28 miles of open beach was once a testament to these maritime mishaps, and every longtime local remembers the days when their rusted, twisted hulls protruded from the sand in number. Even the wrecks that precede current memory still live on as local legends — their stories the ever-intriguing blend of tragedy and reward, compounded by the romance of the high seas. Local lore is full of the tales of noble captains and mutinous mates, cruel storms and daring rescues, fortunes and lives wagered and lost; and who among us hasn’t felt their childlike imagination quicken at the thought of buried treasure or chests of gold?

In fact, shipwrecks that offered practical provisions were actually considered more valuable, and in the early days of pioneer settlements, just as dramatically life-changing. Consider the Merrithew, which wrecked during the harsh winter of 1853, scattering cases of pickled fish, wine, raisins, candles and building materials from Cape Disappointment all the way to Willapa Bay. The beach-wide bonanza that ensued was said to leave a new evening prayer on the lips of all the local children: “God bless Pa and Ma, and please bring a wreck in on our beach.”

In Oysterville in 1860, the Woodpecker dropped 800 pounds of flour; in 1865, the Industry lost a cargo load of liquor. The Harvest Home, wrecked in 1882, brought with it a multitude of wagons and paint, along with enough Wellington boots to “fill a barn.”

More than 150 years of flotsam produced sideboards full of silver, endless amounts of lumber, several pianos, fine silks, blankets, table linens, chunks of coal, and, a personal favorite, the spoils of the Vazlav Vorovsky, a Russian steamship that deposited so many tubs of lard and butter that all the citizens of Long Beach were said to have it stacked on their back porches — enough for a decade, at least.

Today, almost 70 years has passed since the last major ship was thrashed along these shores, but remnants from those early days are all around — in our place names, our museums, our antique stores, even our neighborhoods. In Ocean Park, next to the public library, there’s a cabin called The Wreckage, built in 1912 from materials almost entirely salvaged from local shipwrecks. A few blocks north sits The Door House — a charming cottage sided from a shipment of ornate doors that all fell overboard and washed ashore in the mid 20th century. Not far from there, a porthole from the remains of the Strathblane adorns a neighbor’s front door.

And on the beach near my house, every few years after a particularly savage storm, the Alice still rolls over in her grave to say hello.

Stranded here in 1909, the French schooner was a vision of three-masted sail, her rigging fully intact the morning she struck sand. By the next day, the local Clamshell Railroad was already offering a special excursion route to see her, and people lined up in droves to make the journey. In photographs of the day, men in three-piece suits and women wearing long, layered dresses, look on with fascination at her helpless plight. Carrying an unlucky cargo of cement, they watched her belly succumb to the shifting sands, sinking lower and lower as the months, and finally years, passed by.

But the Alice wasn’t eager to end her time aloft. That slow descent took decades, and even now, at low tide after a fierce blow, I usually know where to find her. There’s not much of course, and what’s left is hard to discern. Some years I think I see the base of the foremast; other times she reveals what looks like the long line of a well-shaped keel. When she does show, it’s usually just for a day or two, then quick as can be, the tide turns, and she’s gone again.

It’s hard for me to say just what it is that makes me seek her out, but like the Iredale, her bones speak to me. Oak and iron long ago gave way to rust, but still they reach up, twisting over now and then, the final reminders of a distant but still touchable time in local history. And like the men and women in those old photos, who stepped forth from buggies and trains in fancy hats, their necks craning for a view, I continue to look on with fascination, alert to the lessons and legends of these shipwrecks that still whisper in the wind.

In their day they bore the gifts of plenty, and now, even in ruin, their ghosts continue to enrich our lives with intrigue and imagination. Laced with all the complicated trappings of humanity, their stories are many, but their message is one: Time and tide may shift the sands around us, but the past is ever present — imploring us, beseeching us, to hold its memory dear.