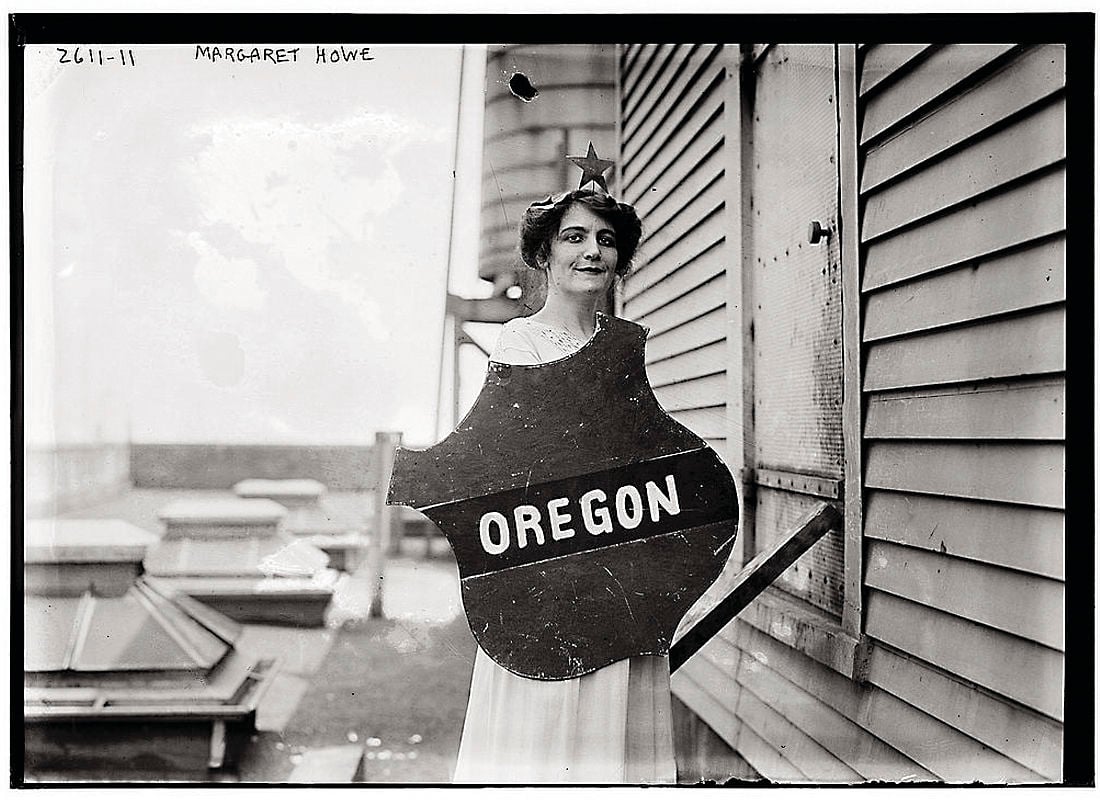 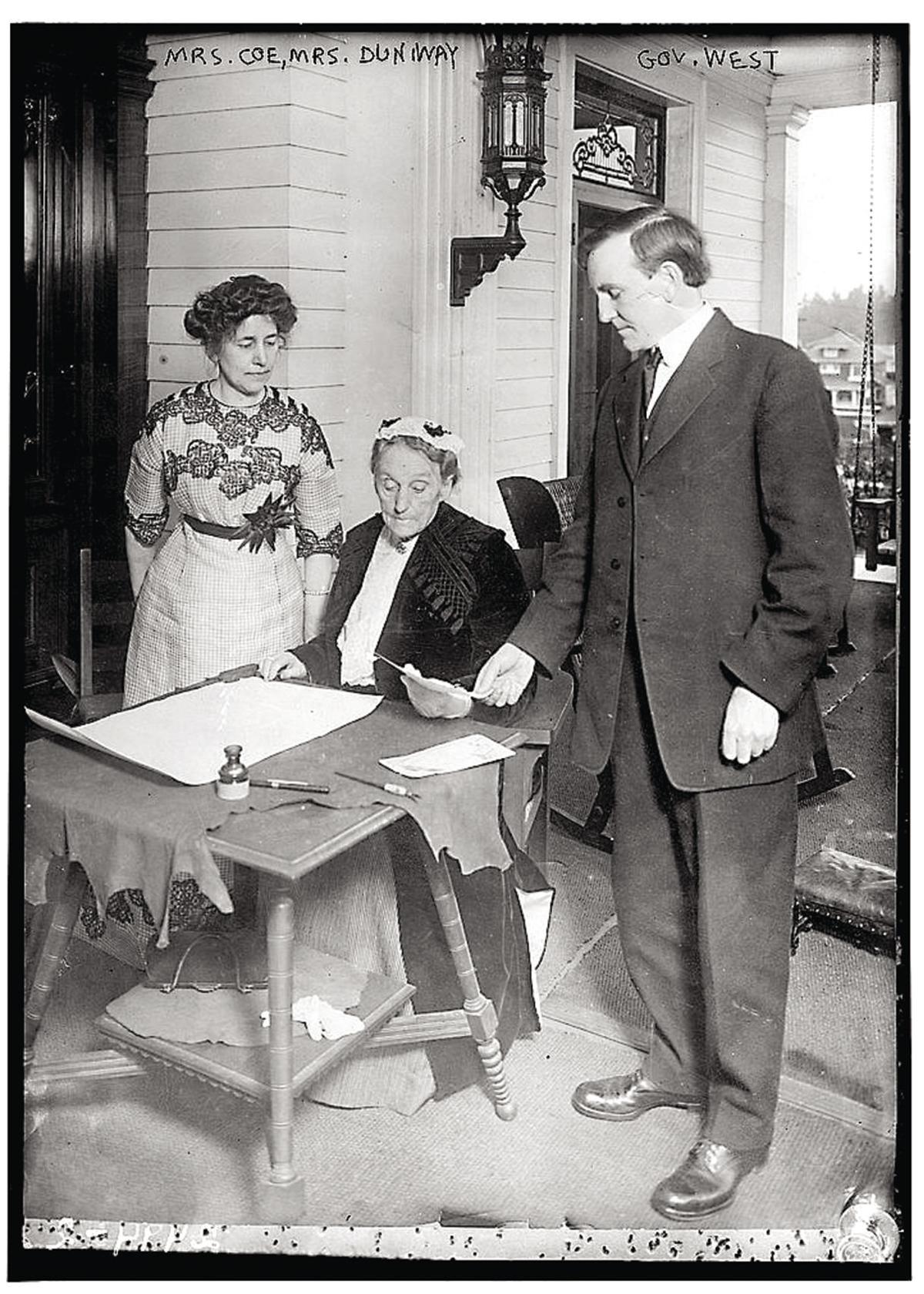 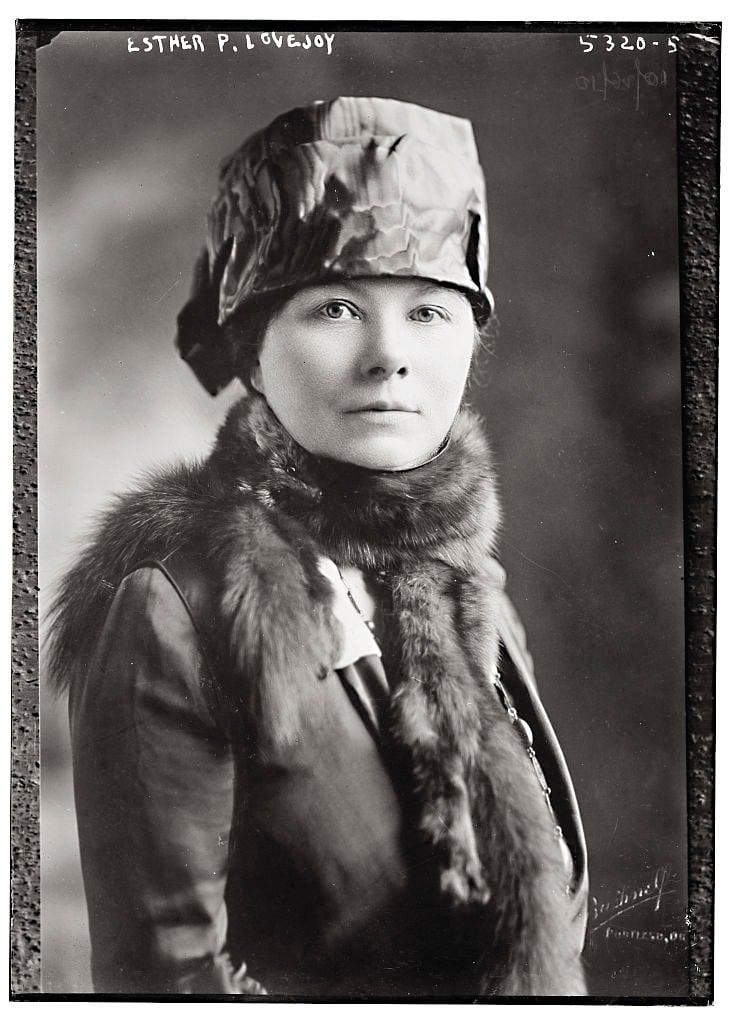 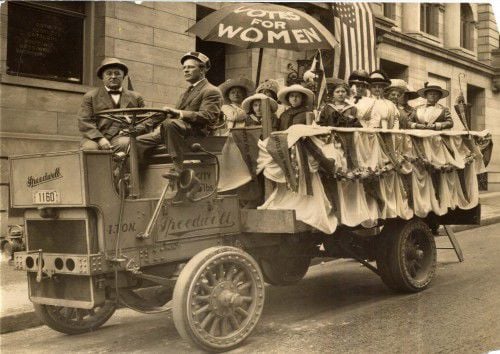 The passage of the 19th amendment in August 1920 ended a decades long struggle to bring voting rights to all Americans regardless of gender. Though racial inequalities for minority women would remain, the extension of the ballot to women moved the nation toward greater political equality, exonerating forward-thinking pioneers who had braved public scorn to bring about a momentous shift in thinking.

While the most commonly repeated narrative revolves around East Coast figures such as Elizabeth Cady Stanton, Ida B. Wells and Susan B. Anthony, in the West, the fight for suffrage evolved with a separate roster of heroes and villains, several of whom have surprising ties to the Pacific Northwest.

Oregon became the final western state to extend the vote to women in November 1912. Flush with the victory, Portland-based suffragist Esther Pohl Lovejoy said of the success: “It was pre-eminently a campaign of young women, impatient of leadership, and they worked just about as they liked — and that is how they will vote.” While it is true that voices of the young finally carried the political initiative, the movement had been maintained for four decades by women who worked tirelessly for the cause. Oregon failed to pass suffrage five times, debating the issue by ballot more than any other state.

Abigail Scott Duniway entered the fray as a young mother, and was 78 years old by the time it passed. Duniway had immigrated to Oregon by wagon while a teenager, and kept a copious journal of the journey. Her mother died en route, weakened by a rapid succession of childbirths. With a voracious appetite for learning, Duniway resented the advanced educational opportunities offered to her younger brother, Harvey. After marrying and having six children of her own, she opened a millinery shop where she provided a sympathetic ear for women who found themselves in dire straits due to laws rendering them incapable of owning property, obtaining loans or retaining custody due to their gender.

Realizing things would never change until women had political power, Duniway founded the Oregon Equal Suffrage Association in 1871. In the same year, she departed on a lecture tour of the region with Susan B. Anthony. The women braved vehement opposition, which Duniway stubbornly shrugged off. Once in response to being hit in the head with an egg, she wiped it away and insisted it was good for the hair. Back in Portland, Duniway started The New Northwest, a newspaper devoted to women’s rights. Primary opposition hailed from The Oregonian, whose editor was none other than Abigail’s little brother, Harvey Scott.

Duniway coordinated with the Astoria Women’s Suffrage Club and delivered speeches in the area. In 1878 in Astoria’s First Presbyterian Church, Duniway promised: “The present dissatisfaction throughout the nation concerning the existing order of things in the political world shows plainly to the analytical thinker that this government of the United States, which men call a republic, but which is, in reality, an aristocracy of sex, this government of one-half of the people by the other half of the people, is on the eve of an important change.”

Duniway could not have imagined the change which she foresaw was still decades in the future.

Thirty years after Duniway was born, Esther Pohl Lovejoy began life in a logging camp in Seabeck, Washington. The family moved to Portland, where Lovejoy was inspired by early Oregon doctors like Bethenia Owens-Adair to study medicine. Working at a department store to pay her way, Lovejoy became the first female doctor to graduate from University of Oregon, earning the highest aggregate score of her class in anatomy, physiology and chemistry. Lovejoy married her classmate shortly after graduation. A progressive Portland mayor appointed her to the Portland Board of Health. By 1909 she had become the first woman to lead a health bureau in a major U.S. city.

As Duniway edged into her seventies, Lovejoy stepped in to play a significant role in the 1912 Oregon suffrage campaign. With the collaborative thinking of a younger generation, Lovejoy worked with the newly formed Colored Women’s Equal Suffrage Association organized by Hattie Redmond and the Chinese American Women Suffrage Society presided over by Dr. Mrs. S.K. Chan. Lovejoy unified suffrage supporters from varied racial and cultural backgrounds, working closely with both professional and wage-earning women as well. The spirit of collaborative activism motivated Lovejoy to form the Everybody’s Equal Suffrage League of Portland.

As incomprehensible to modern readers as opposition may seem, surrounding states passed suffrage laws — Idaho in 1896, Washington in 1910, and California in 1911 — while powerful dissenting voices in Oregon advanced concerns over the question of prohibition. Liquor lobbies and businesses used legal and illegal strategies to persuade their constituents, fearing that women voters would soon enact prohibition laws.

Other dissenters feared voting women would destabilize families and tear at the moral fabric of society. In a 1908 statement eerily reminiscent of more recent opposition to same sex marriages, The Albany Association claimed the issue: “Threatens the home, threatens the sacredness of the marriage tie, threatens the church and undermines the foundation of our great Republic.” Some leaders even claimed that politics would coarsen women and leave them unfit to rear children.

The issue divided more families than just the Scotts. In Astoria, Nellie Flavel, independent woman that she was, supported the franchise, while her sister-in-law, Mrs. George Flavel signed a petition published in The Oregonian opposing it.

In an editorial dated June 10, 1900 a Mrs. M.C. Bell opined that: “There were women, hitherto harmless, gentle and refined who seemed suddenly metamorphosed” by the debate. If women entered national politics, she cautioned, “secret conferences would develop small leaks” that would jeopardize state interests. Bell imagined “such tea-drinkings and gossipy confidences, as to the flirty ways of Mrs. Congressman Smith’s husband and the presuming, haughty manner of Mrs. Senator Brown.” She concluded: “to be compelled to leave the cradle, the tub, or the club to go and vote, would be a real hardship.” Bell’s editorial appeared in The Sunday Oregonian alongside an article advocating courses in millinery guaranteed to transform a “nervous, hysterical wife into a more rational and companionable being.” One can almost hear the voice of the editor speaking between these columns, and it’s little wonder Abigail Scott Duniway’s disputes with her brother Harvey were legendary.

In spite of such opposition, the tide of public opinion did invariably turn, and when it did, Duniway was asked to sign the state’s suffrage proclamation.

Women such as Mary Strong Kinney were ready to take full advantage of the new opportunity.

Born between Duniway and Lovejoy, Kinney received degrees from Willamette University. She married and had four sons, but when her husband died in 1898, she continued to manage the family sawmill while raising her boys. After some time she sold the mill and relocated her family to Astoria, where she joined the battle for the ballot, eventually becoming president of Astoria Women’s Suffrage Club. After suffrage passed in 1912, Kinney worked with the Astoria Women’s Civic Club to sponsor female candidates and help women exercise their newfound political freedoms. They also supported the continuing national efforts.

In 1920, Pohl Lovejoy ran for Congress in Oregon’s 3rd District. Though she didn’t win, she earned an impressive 44% of the vote before leaving to work with the Red Cross in France, ultimately writing a book detailing the impact of World War I on women.

Kinney also ran in the 1920 election and was successfully elected to represent Clatsop County in the Oregon House of Representatives, serving as the only woman in either house that year. She made women’s right to serve on court juries the central focus of her time in office, and was elected to the state Senate where she served in the 1923 and 1925 legislative sessions. Oregon Voter magazine noted that her “business experience was so broad that she had a ready comprehension of legislative problems” and that she “bore herself with distinction and dignity.”

One hundred years ago, a full 70 years after the Seneca Falls Convention, U.S. women entered politics in full force at last, ushering in a basic redefinition of those entitled to “life, liberty, and the pursuit of happiness.” In many ways their efforts reach full fruition in 2020, when more women than ever before are entering the political arena. Lovejoy supported universal suffrage “simply because it is right…every honest, intelligent, and sane person who has considered the subject carefully is a suffragist.”