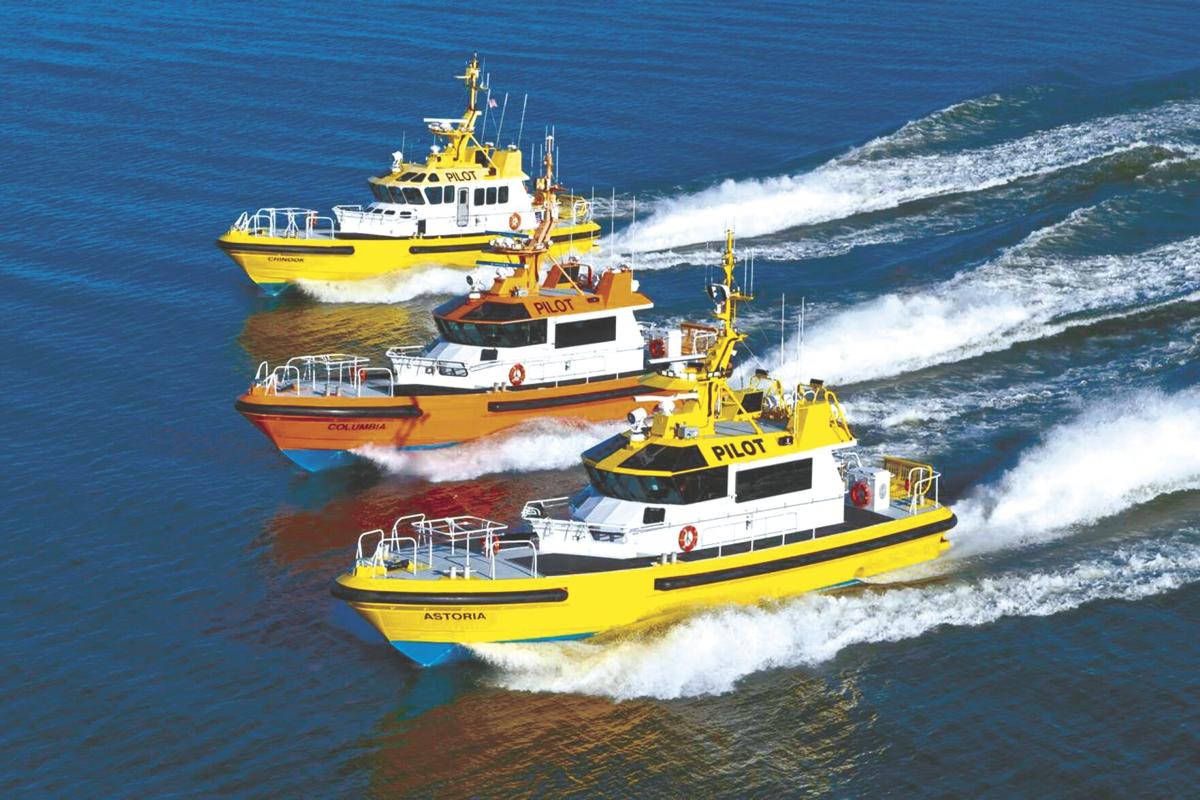 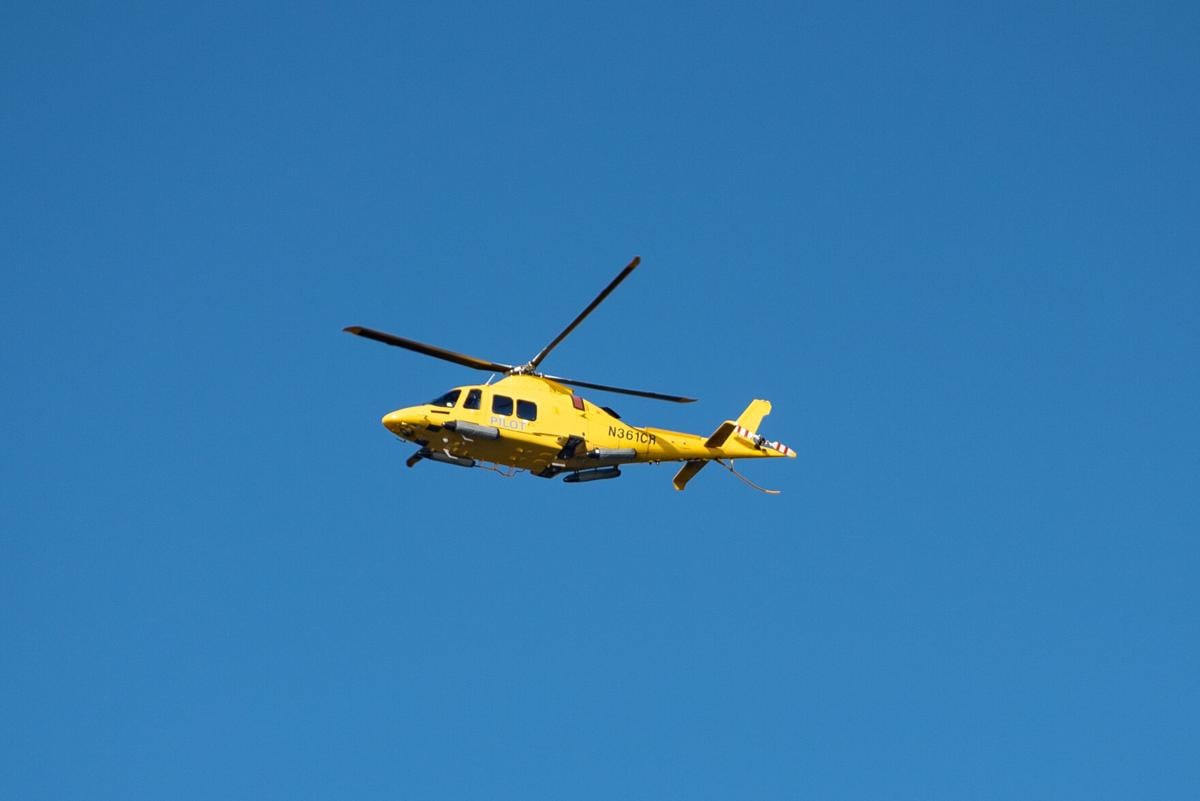 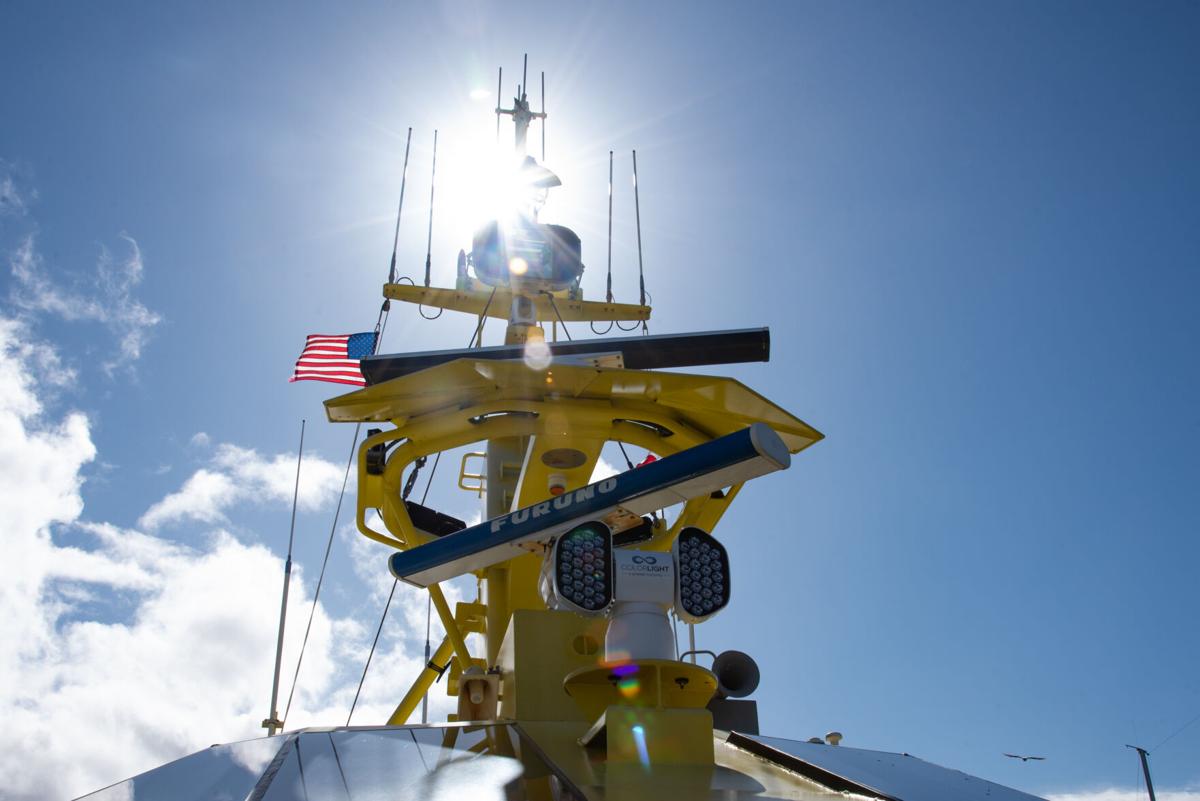 The top of a bar pilot boat with the American flag flying behind it. 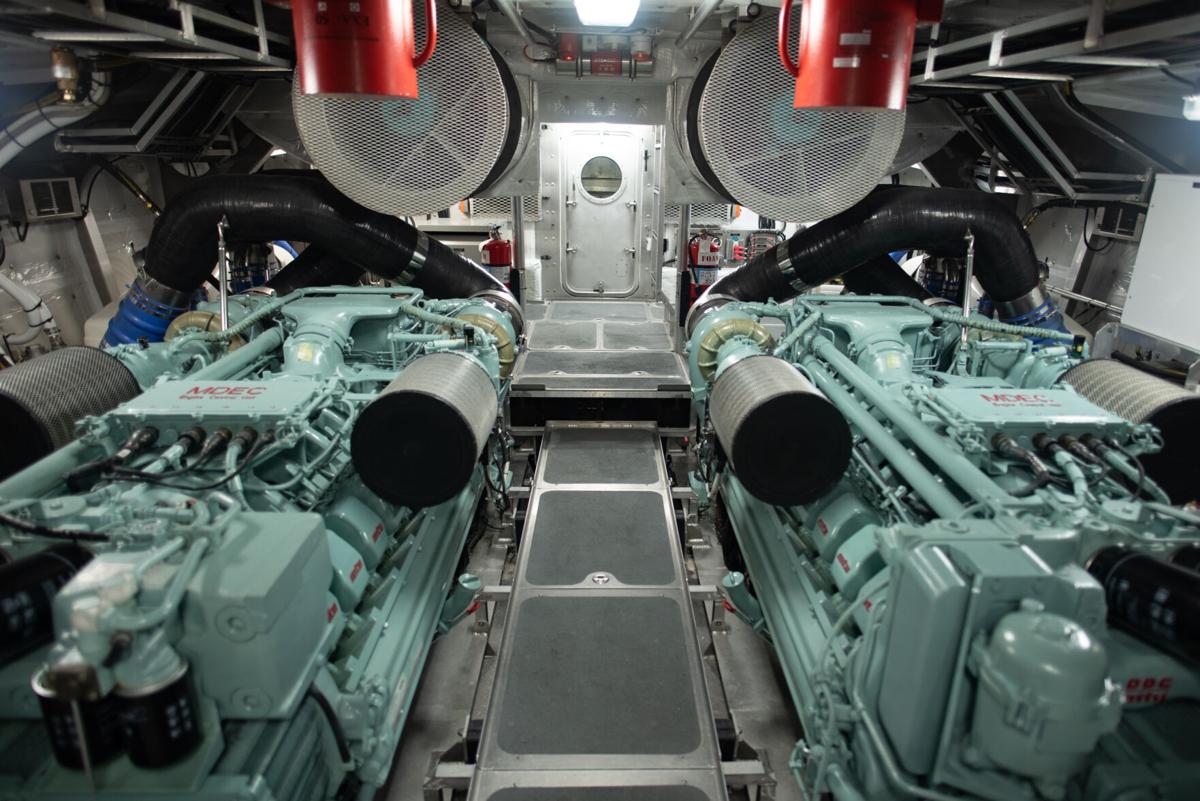 The engine room of a bar pilot boat. 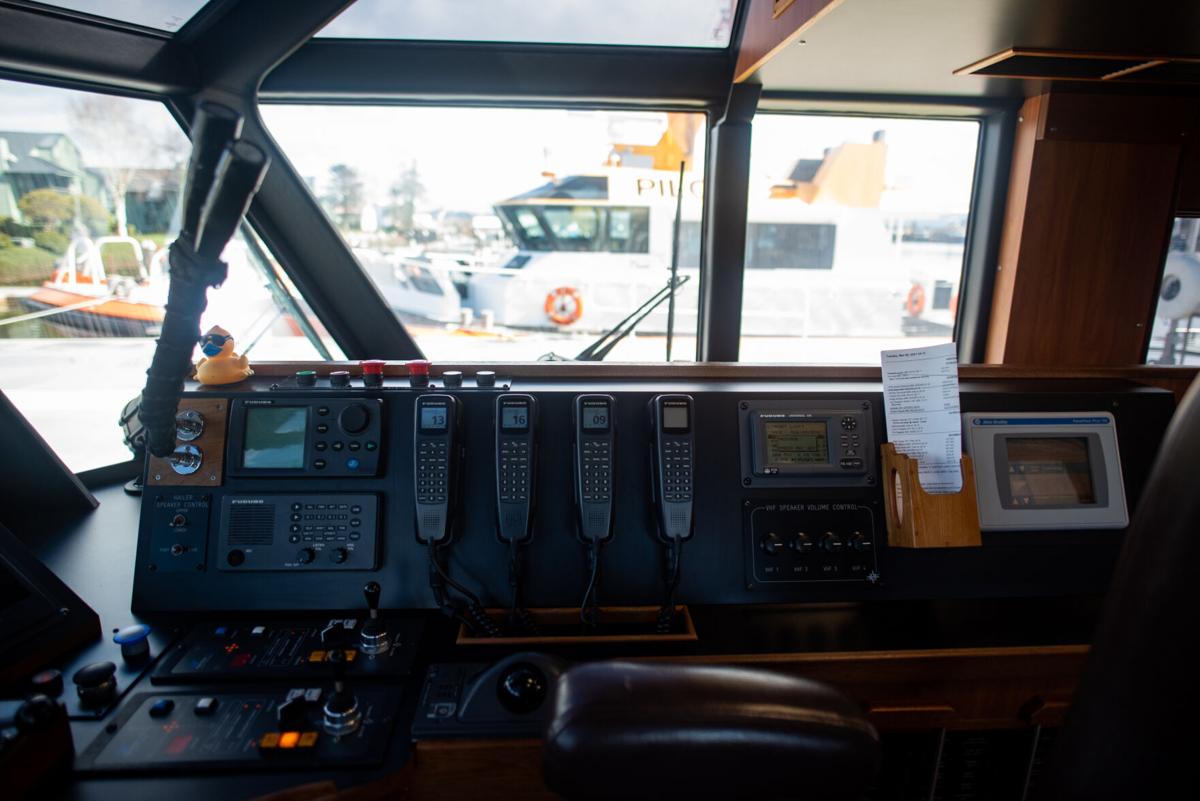 Controls and communications inside one of the bar pilot boats. 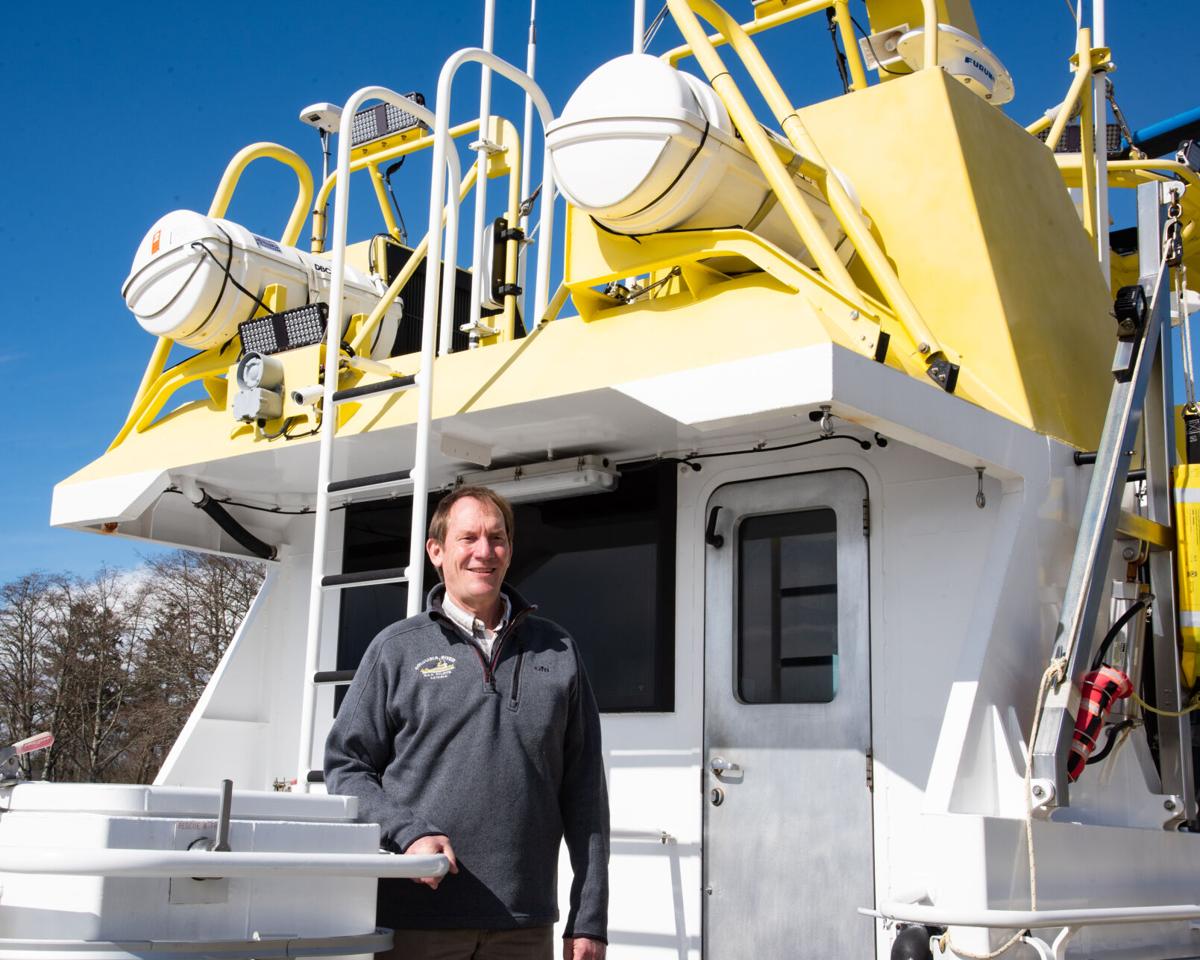 At the mouth of the Columbia River, a variety of natural elements coincide to create one of the most dangerous entrances to a commercial waterway in the entire world. Yet crossing the treacherous waters of the Columbia River Bar — a key feature of an area aptly known as the Graveyard of the Pacific — is crucial to maritime trade throughout the Pacific Northwest.

Once ships have successfully passed from the Pacific Ocean into the Columbia River, they have access to 465 miles of navigable river punctuated with ports from Longview and Kalama, Washington, to Lewiston, Idaho.

There to assist them across the dangerous passageway are a small group of experienced mariners equipped with specialized skillsets, deep wells of local knowledge and the guts to meet the risk head-on. They are the Columbia River Bar Pilots.

In a region wrought with history, the bar pilots have a prominent place. The first recorded crossing by a non-Indigenous individual is attributed to Capt. Robert Gray in 1792. Indigenous residents and, later, members of the Hudson Bay Co. served as the earliest pilots, meeting ships and providing them assistance across the Columbia River Bar.

In 1846, the then-Oregon Territory established the Oregon Board of Pilot Commissioners, which provided a framework for formally licensing pilots. Soon after, the Columbia River Bar Pilots came into existence. They are one of the oldest ongoing businesses in Oregon and take a sense of pride in that reputation, as well as the responsibility of protecting ships, passengers and the Pacific Northwest environment.

One of the first licensed bar pilots in the state was Capt. George Flavel, a prominent Astorian. In establishing the Columbia River Bar Pilots, he required all the pilots to be ship’s masters — setting a precedent for exceptional safety and service that endures to this day.

Take Capt. Dan Jordan for instance, one of over a dozen active Columbia River Bar Pilots today. He spent 24 years on merchant ships before assuming the post he holds now — one for which he waited about 15 years — in 2004.

Retired bar pilot Capt. Thron Riggs also had decades of experience on ships when he joined in 1993. He had advanced from an entry level position as a wiper that he took right out of high school to becoming a ship captain, with a variety of experiences in between.

“In that business, the only thing that stops you from going as far as you want to go is yourself,” Riggs said. For many, serving as a ship captain is the end of your career, he added. “The only places you can go after that are in the home office somewhere or to be a pilot.”

For Riggs, the location itself was the draw.

“I didn’t want to be a pilot anywhere,” he said. “I wanted to be a pilot on the Columbia River Bar.” On average, the bar pilots guide approximately 3,600 vessels each year. That includes everything from bulk carriers, car carriers and general cargo ships to log ships, 1,100-foot tankers and passenger ships.

The state, or more specifically, the nine-member Oregon Board of Maritime Pilots, regulates the pilots. They issue licenses, administer exams, qualify candidates, discipline pilots and make big-picture decisions, such as how many pilots are needed in each port and how much they should be paid.

As per state requirements, mariners must have spent a minimum of two years of sea time — which roughly translates into four years — as captain of a merchant ship before they’re considered eligible to be a bar pilot. The licensing standards for the Columbia River Bar Pilots are some of the most rigorous in the U.S. because the area is home to “one of the most treacherous, regularly transited bars in the world,” Jordan said. This past winter alone, there were at least seven or eight storms with waves higher than 20 feet.

What it takes to be a bar pilot

There have been many technological and environmental changes in the 200 years since the Columbia River Bar Pilots were established.

For example, construction of the jetties didn’t begin until the 1880s, and the jetty system — which consists of North Jetty, South Jetty and Jetty A — has a substantial impact on travel over the bar. According to the Pacific Northwest Waterways Association, these structures “not only help maintain the depth and orientation of the navigation channel, they protect ships of all sizes entering and leaving the estuary, ensuring safe passage for commercial and recreational mariners.”

The introduction of new, innovative equipment, including pilot helicopters and pilot boats with state-of-the-art design and function, also optimizes various aspects of the pilot transfer process.

Yet piloting at the mouth of the Columbia remains a dangerous job. Bar pilots are often at the mercy of the ocean, the volume of water flowing from the river and frequent storms.

“The dynamics of the conditions on the bar sometimes change hourly,” Jordan said.

According to Riggs, another unique element of this particular location is the lack of protection from headlands.

“You’re right in the middle of it in the northeast Pacific,” he said. “You have to board right in the teeth of it, out in the ocean.”

Whenever the pilots go to help navigate a vessel through the channel, they’re decked out in a float coat, strobe lights, an electronic locating beacon and other personal equipment that are designed to activate if something goes awry. They also must rely on their local knowledge of how the currents move and the natural elements interact in this particular waterway.

“A ship captain can’t possibly know every harbor in the world,” Riggs said. “If you don’t have good pilots, suddenly this place isn’t attractive anymore for prospective shippers.”

While the Oregon Board of Maritime Pilots provides some oversight and regulation, the Columbia River Bar Pilots is a private business. When a new pilot joins, Jordan said, they have to buy shares in the company, which they can then sell back at retirement. Ballots are used by the members when issues arise.

In this autonomous position, pilots also have to monitor conditions out on the water and sometimes make tough calls.

“We suspend piloted services to the ships when we feel it’s not safe,” Jordan said, effectively “closing the bar.”

Sometimes the suspension applies to all ship traffic; other times, it applies to specific vessels that aren’t equipped to safely traverse the passage under certain conditions. Another variable pilots must consider is whether they can safely get on and off the ship.

While human safety and protecting the environment and infrastructure are top priorities, bar pilots are aware of the far-reaching impact of suspending service, which is what makes the decisions complex and difficult. When vessels can’t cross the bar, there are “five ports and a whole lot of terminals in the ports that are not working,” Jordan said.

According to the waterways association, the Columbia-Snake rivers shipping channel facilitates the movement of more than 50 million tons of cargo — worth approximately $24 billion — each year, on average. This system exports the most wheat and the second-most soy and corn of any shipping gateway in the nation.

“The river is the engine of the Northwest economy,” Riggs said.

Go to www.ColumbiaRiverBarPilots.com to check out Columbia River Bar vessel traffic and more.