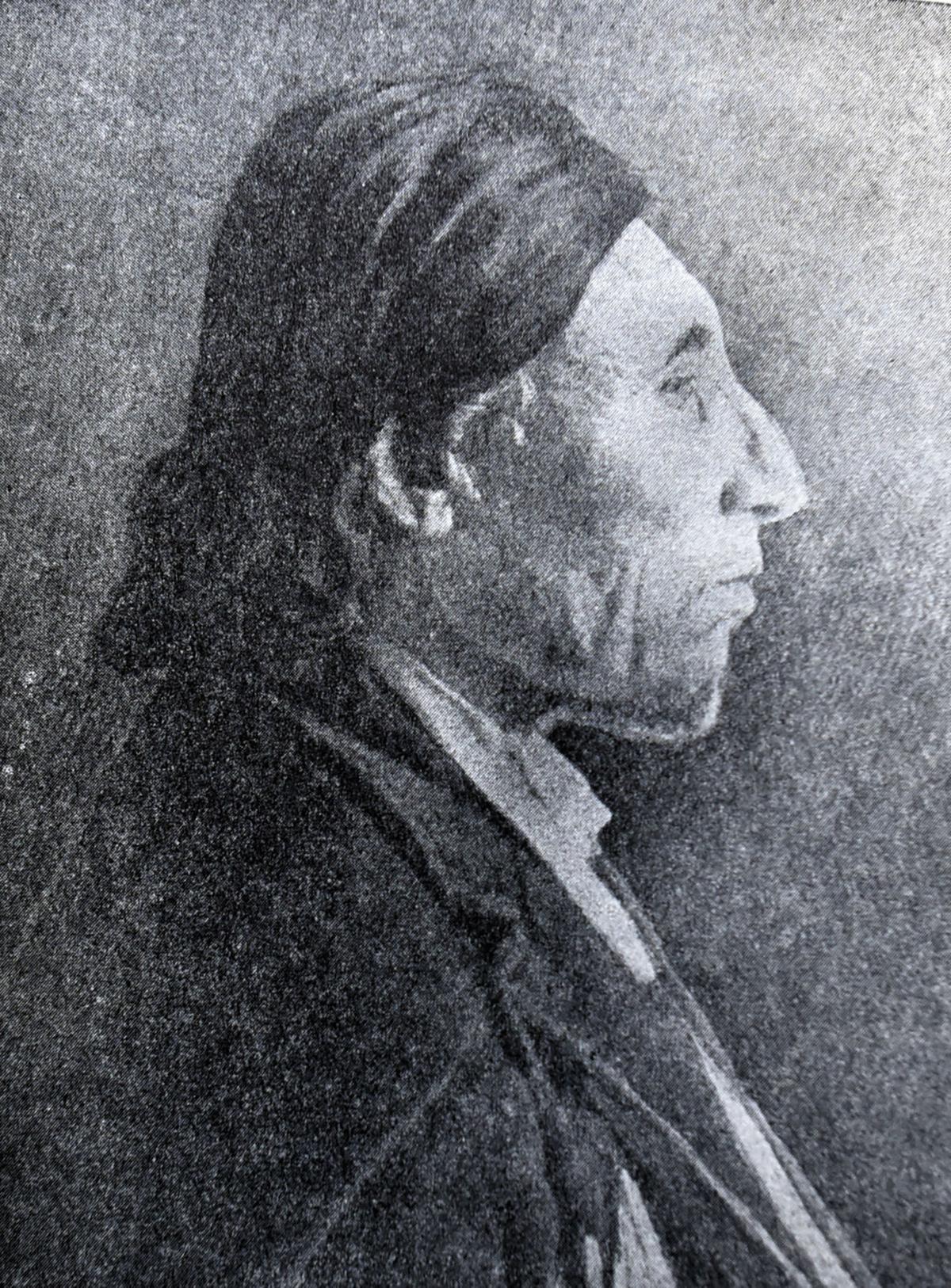 An artist’s rendering of Charles Cultee, the last full-blooded speaker of the Chinookan language. 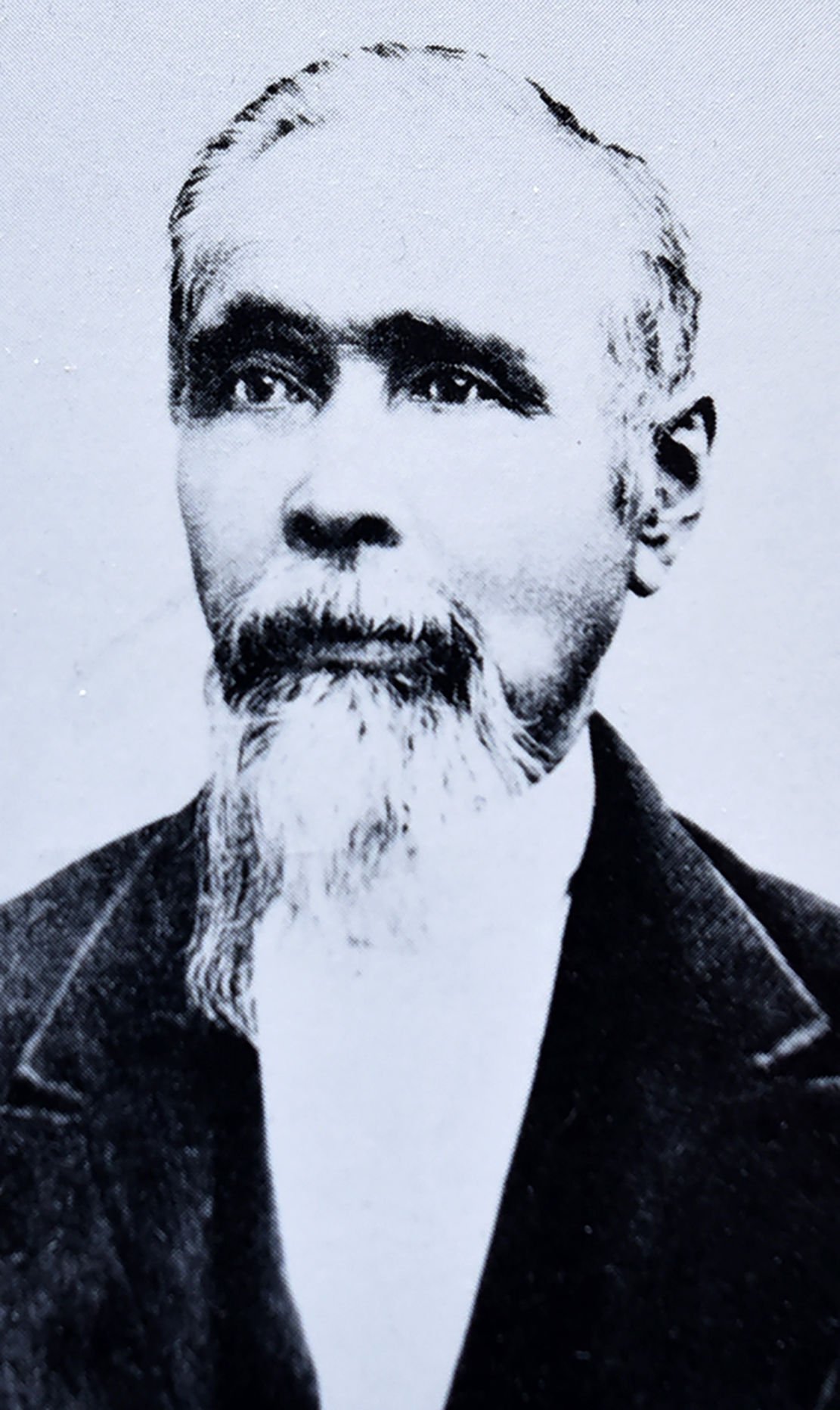 A portrait of Ranald MacDonald, the native Astorian who lived and taught English in Japan and, upon his return, shared his observations with the West. 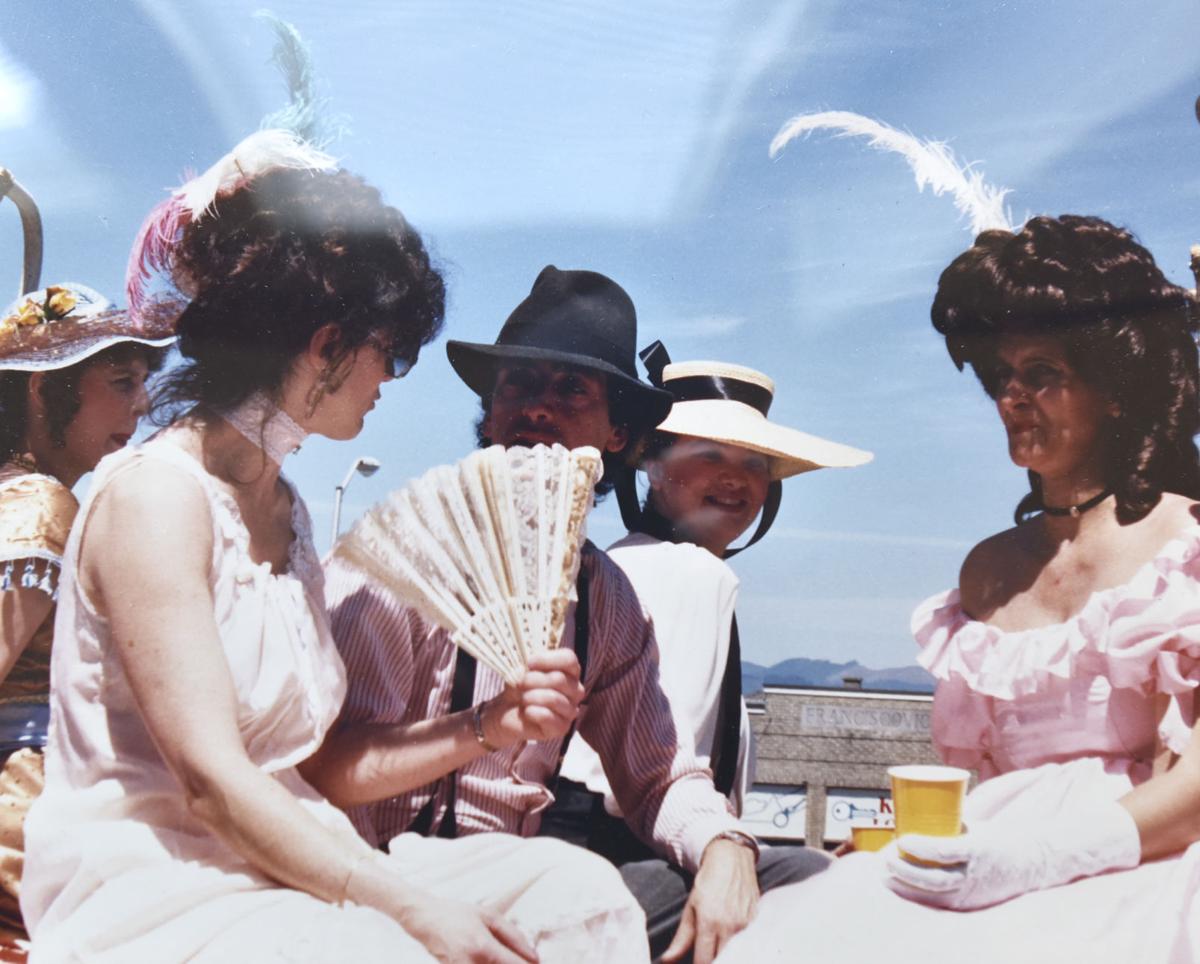 Historical renderings of Jane Barnes are virtually nonexistent. In this photo taken circa 1980s, revelers participate in the Jane Barnes parade in Astoria, celebrating a woman of grit and determination.

An artist’s rendering of Charles Cultee, the last full-blooded speaker of the Chinookan language.

A portrait of Ranald MacDonald, the native Astorian who lived and taught English in Japan and, upon his return, shared his observations with the West.

Historical renderings of Jane Barnes are virtually nonexistent. In this photo taken circa 1980s, revelers participate in the Jane Barnes parade in Astoria, celebrating a woman of grit and determination.

The Columbia-Pacific has long drawn and connected the most adventurous and curious of explorers.

Anthropologists trace the earliest settlers in this region to a route that led from Siberia across the Bering Strait roughly 15,000 years ago. Drawn by the bounty of the land, they transitioned to dwelling in long houses made of red cedar planks. Bountiful salmon runs allowed the creation of trade-oriented villages navigable by canoe.

For millennia, native peoples walked the tidal flats and marshes leaving their names upon many places — Willapa, Chehalis and Tillamook, among others — even as their ways of life eventually disappeared in the face of imported European diseases for which their shamans knew no cure.

The swift decline of native populations drew German-born anthropologist Franz Boas to Washington and Oregon in the late 1880s. A professor at Columbia University and sort of anthropological Indiana Jones, Boas collected myths and languages for the Smithsonian's Bureau of Ethnology, recognizing the substantial loss to humanity if the dialects of the Lower Chinook were silenced.

Boas began seeking out the last remaining speakers, eventually documenting most of what we know today about these once-powerful Northwest tribes. Boas struck gold when he met Charles Cultee — a native man who spoke the Kathalamet, Chinook and Chehalis dialects. The two men used Chinook jargon to communicate, and in the summer of 1890, Boas wrote to a friend, "What I now collect exists only in the mind of a single man."

Thanks to Cultee's generosity, Boas was able to painstakingly record myths, legends, cultural practices, grammatical structure and vocabulary. Cultee shared rituals that his tribe believed ensured the return of salmon year after year and spoke of a time when native women waded barefoot in the river shallows, gathering flounder by feeling them out with their feet. The resulting accounts, "Chinook Tales" published by the Smithsonian in 1894 and "Kathlamet Tales" in 1901, are treasure troves for anyone who wishes to understand the worldview of the native cultures and what the area was like before European settler transformed it.

The first white woman in the region, Jane Barnes, could have told us much more about Cultee's world had she left her own account. The notorious barmaid was working in Portsmouth, England, when she met Donald McTavish, recently appointed governor for the Northwest Fur Company. He may have jokingly suggested she join the voyage to the other side of the world, but Barnes, who possessed a taste for adventure, agreed.

By the time the Isaac Todd set sail, Barnes had signed a contract guaranteeing her 30 pounds sterling for handling "any Needlework that may be required on the passage and elsewhere," an essential job when ship rigging and sailor clothes could not be replaced at sea.

Historical writers have not been kind to Barnes, often portraying her as a brainless floozy, though she was gainfully employed during her passage. Unfortunately, her own point of view is unrepresented in contemporary accounts, and the men who documented her story recorded little beyond her wardrobe and marriage proposals.

It is certain that Barnes ventured forth as the only female on a ship that would eventually circumnavigate the globe, scant decades after the first woman to do so. Jane has been teased more than once for her inability to read a newspaper, but at a time when only 12 percent of the world's population could claim literacy, the defect scarcely reflected on her general intelligence.

After crossing the tumultuous Atlantic and circling South America via Cape Horn, the Isaac Todd continued up the West Coast, finally dropping anchor in 1814 after 13 months at sea. McTavish arrived too late to seize Fort Astoria and rename it Fort George in honor of the British monarch, but their arrival created a stir nonetheless.

Barnes' blond hair and startling blue eyes sent trappers stumbling over themselves with offers of marriage. Adorned with red paint and whale oil, the son of the Chinook chief promised to send 100 sea otter furs to Barnes' family and solemnly vowed she would be waited on by his other four wives. To sweeten the deal, Cassakas also threw in "an abundance of fat salmon, anchovies and elk" and the opportunity to "smoke as many pipes of tobacco during the day as she thought proper."

Barnes did not accept. Angered by the rebuff, Cassakas plotted to kidnap the woman during one of her riverside strolls instead, a plan Barnes thwarted by giving up her evening walks.

Gov. McTavish's younger aide, Alexander Henry, extensively journaled about Barnes' activities and concerns over her safety. Ironically, Barnes was fine, but Henry and McTavish both drowned in the Columbia River a month after their arrival.

Barnes returned to England by way of Sitka, Alaska and Canton, China. In his 1830 account, contemporary author Ross Cox speculated that she remained in China to enjoy "all the luxuries of eastern magnificence."

The rather less exotic, but no less exciting, reality is that Barnes fell in love with the British sea captain of her homebound ship. She married Anthony Robson and the couple later returned to visit the Columbia River again in 1818, accompanied by their two young children. Married life did not quench her thirst for adventure and she regularly joined her husband as he plied his trade routes between Britain and South America.

In less than five years, Barnes had transformed herself from barmaid to sea captain's wife and mother of two, a remarkable feat given the notoriously rigid class structures of 19th-century England.

A decade later, Ranald MacDonald was born in the still-contested territory of Fort Astoria. The son of a Scottish fur trader and a Chinook princess, MacDonald pursued his education in present-day Manitoba and became a bank clerk to appease his father. After a few years of the work, however, he found himself growing very bored.

To liven things up, MacDonald signed on with a whaling ship in 1845, but even this did not prove enough adventure. He yearned to set foot in Japan, a bold desire considering the isolationist policy that guaranteed death or imprisonment to all foreigners. Undeterred, MacDonald staged a shipwreck and recorded: "My plan was to present myself as a castaway ... and to rely on their humanity. My purpose was to learn of them; and, if occasion should offer, to instruct them of us."

The fearless voyager convinced the captain to set him in a small boat not far from the coast, where he landed, bedraggled and begging for mercy. The local Ainu guards imprisoned him, interrogated him, and eventually transferred him to Nagasaki, where MacDonald was commanded to teach English to important samurai, language genius Einosuke Moriyama among them. Ten months later, MacDonald returned to U.S. soil via American warship to inform Congress that Japan was quite a clean and lovely place. MacDonald's travel notes were published posthumously, and his former students would prove instrumental in negotiations to open Japan to the West.

Cultural geographers have long maintained that an area's landscape shapes the development of human culture, which, in turn, impacts the landscape, creating a collaboration of sorts between a place and the people who dwell upon it. The joining of river, land and sea in the Columbia-Pacific region has undoubtedly influenced and shaped the people drawn to this land — both gathering and beckoning them into the far beyond.