You have permission to edit this article.
Edit
Our Publications
Home
Do See
Eat Drink
History Heritage
Live Stay
Photos
Share This
1 of 8 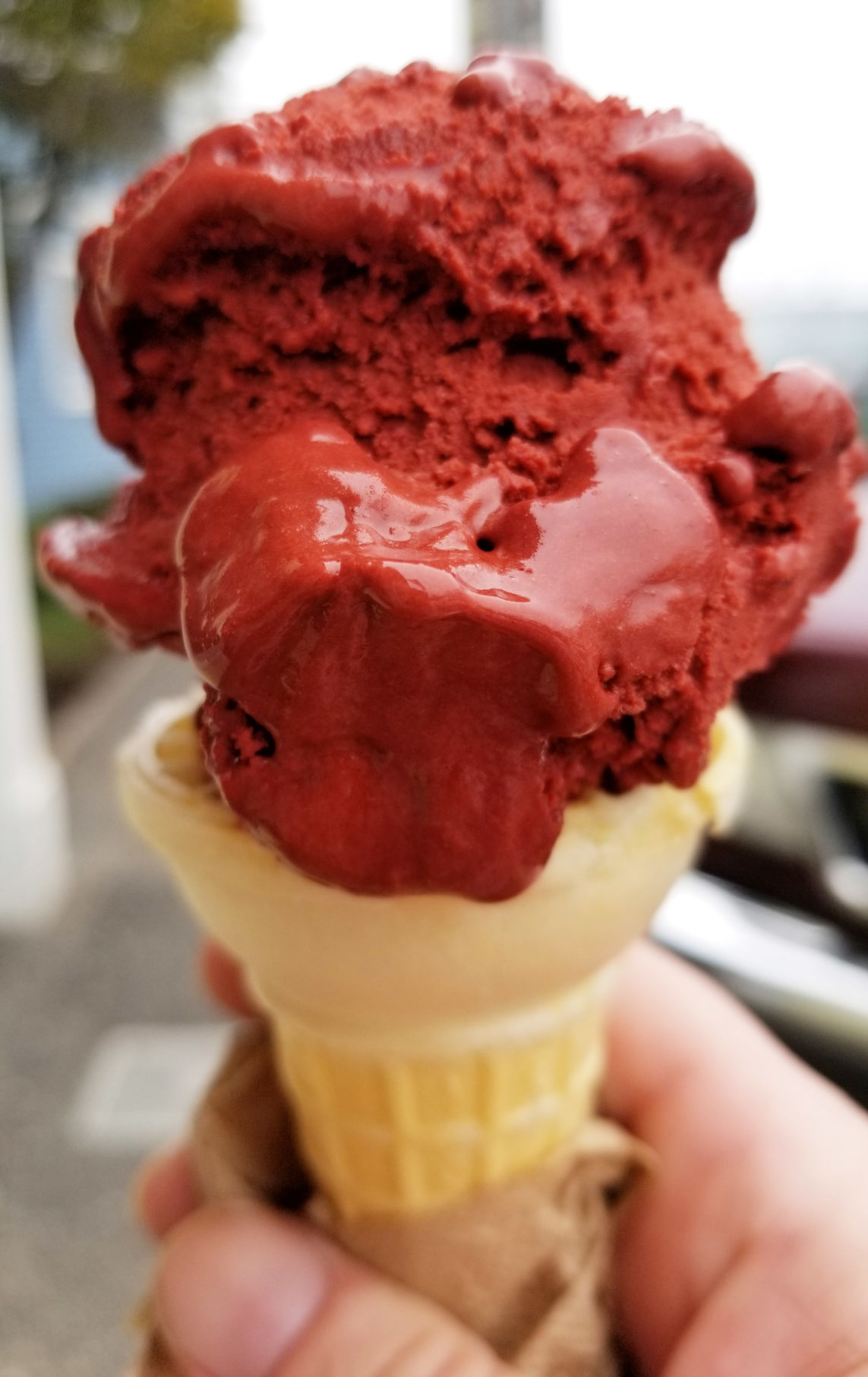 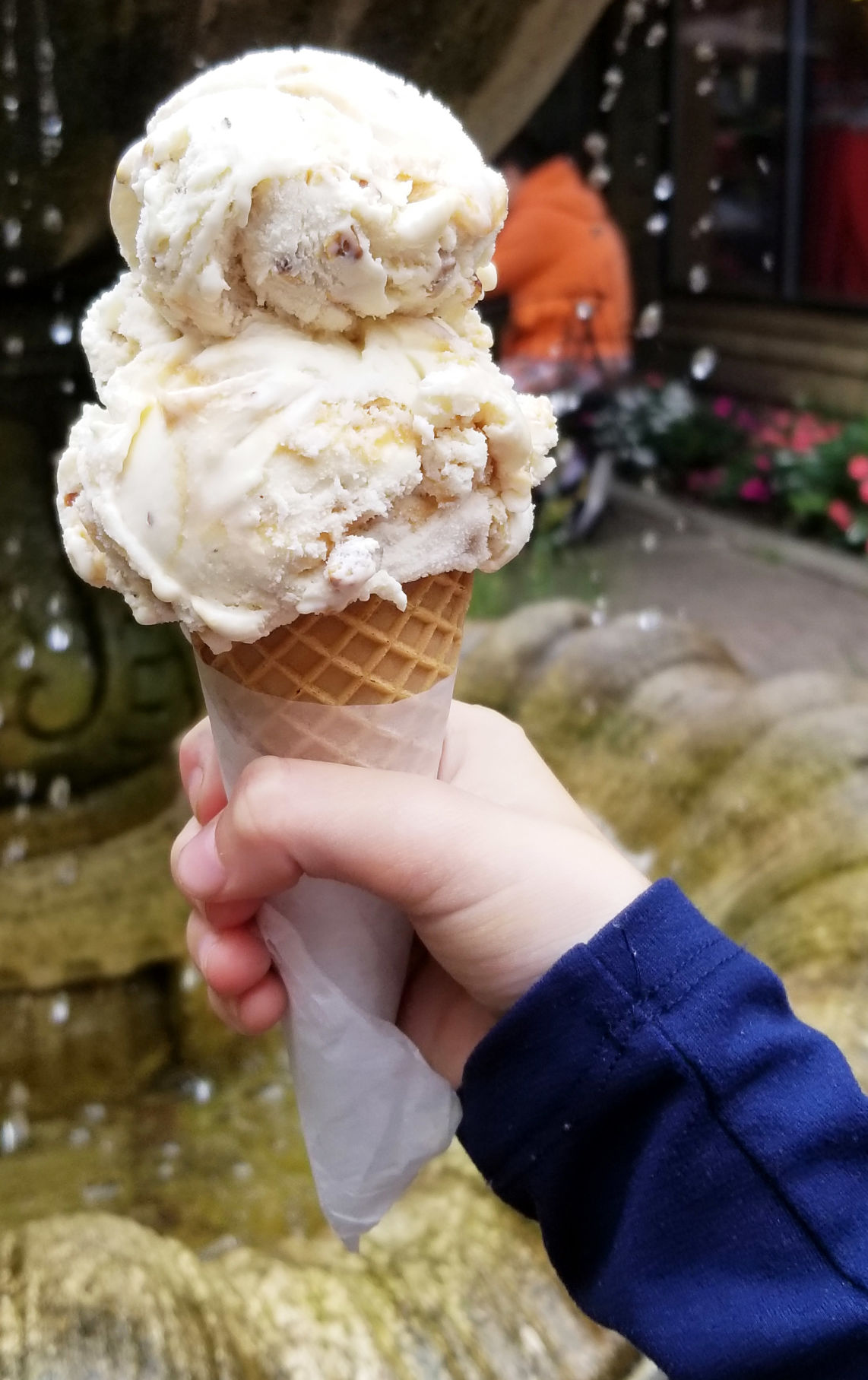 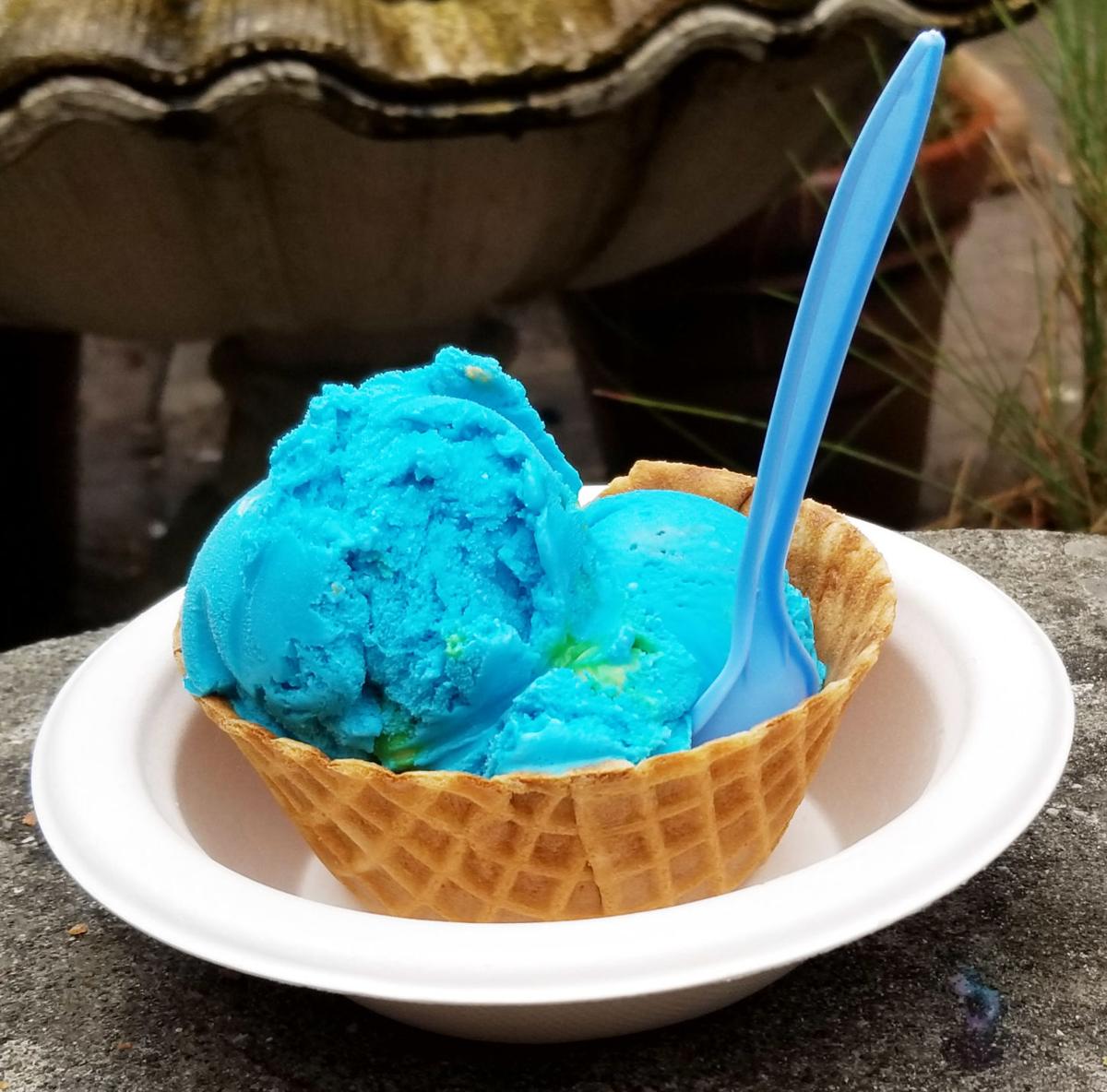 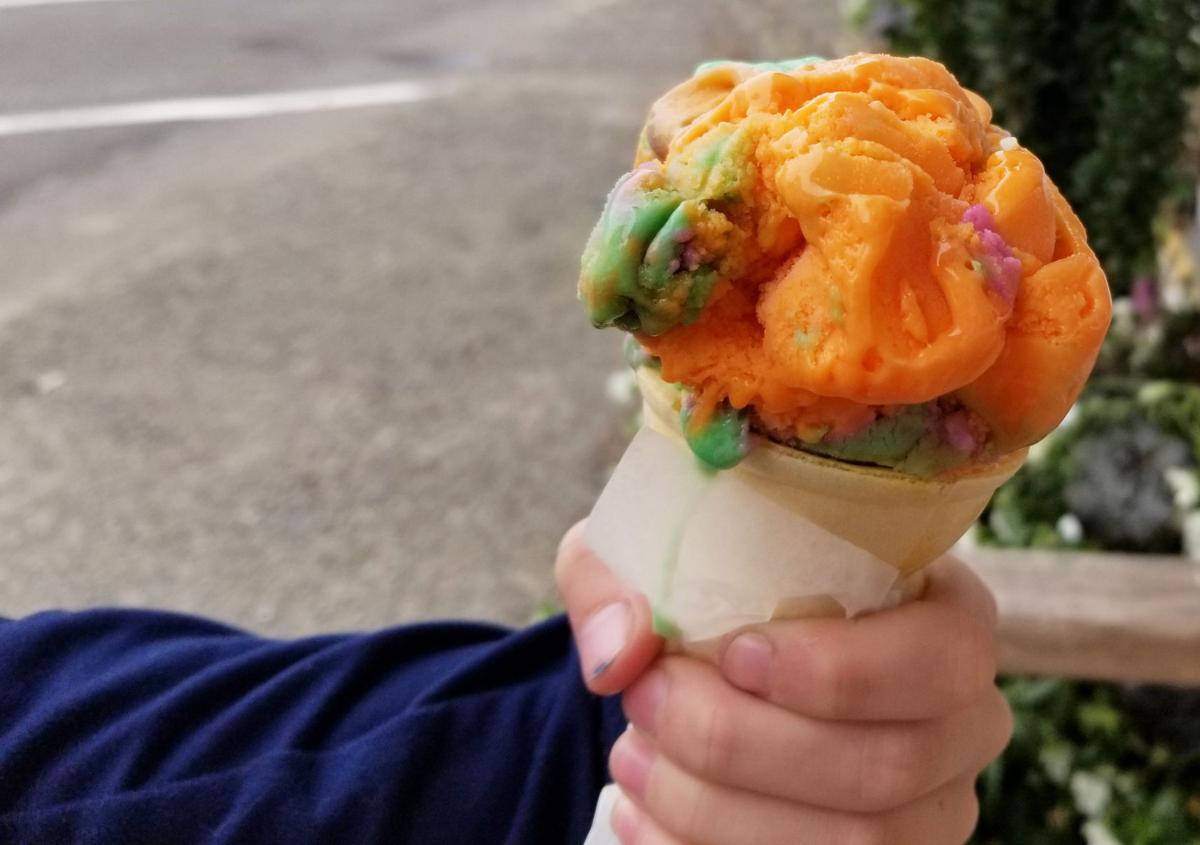 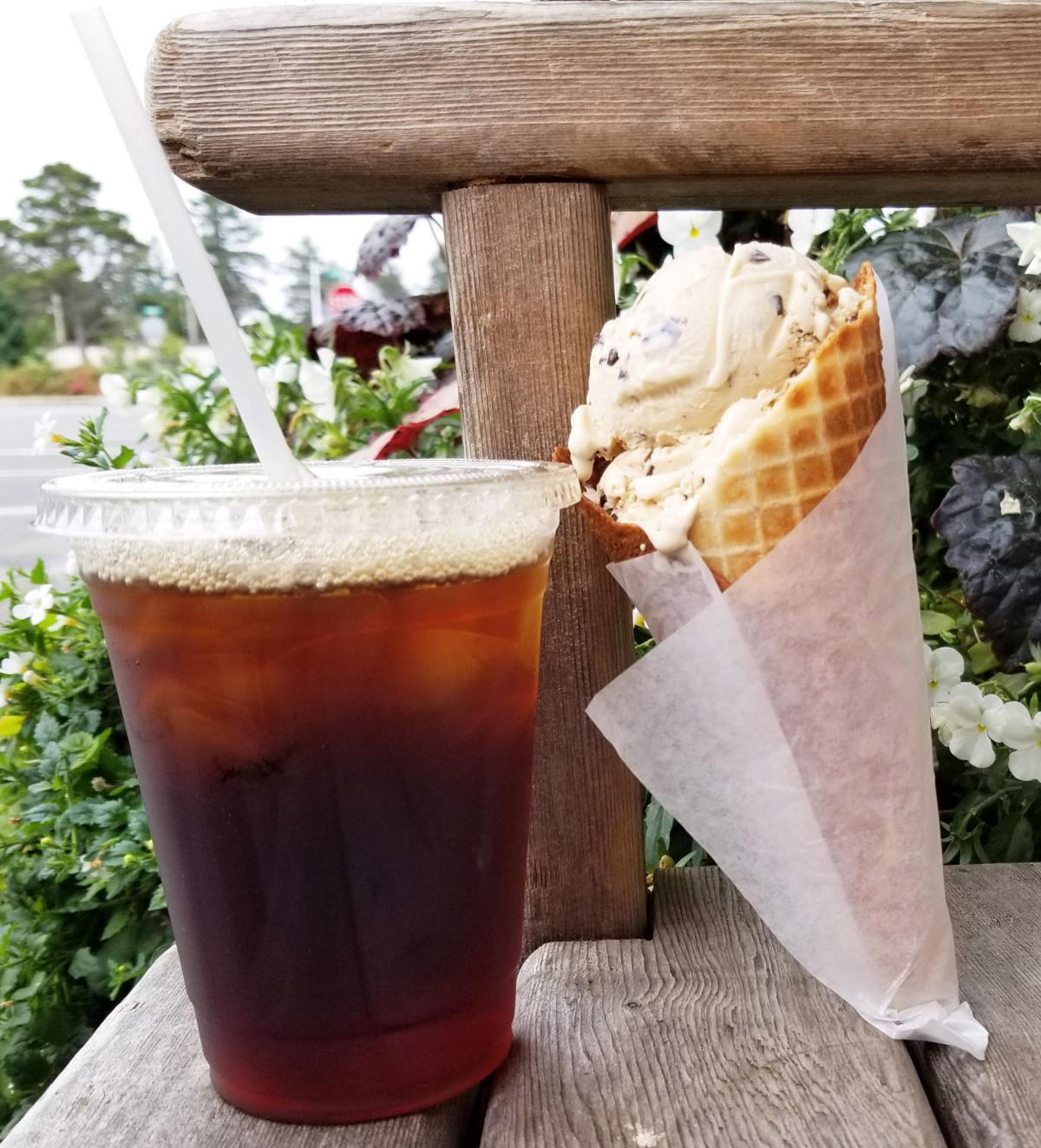 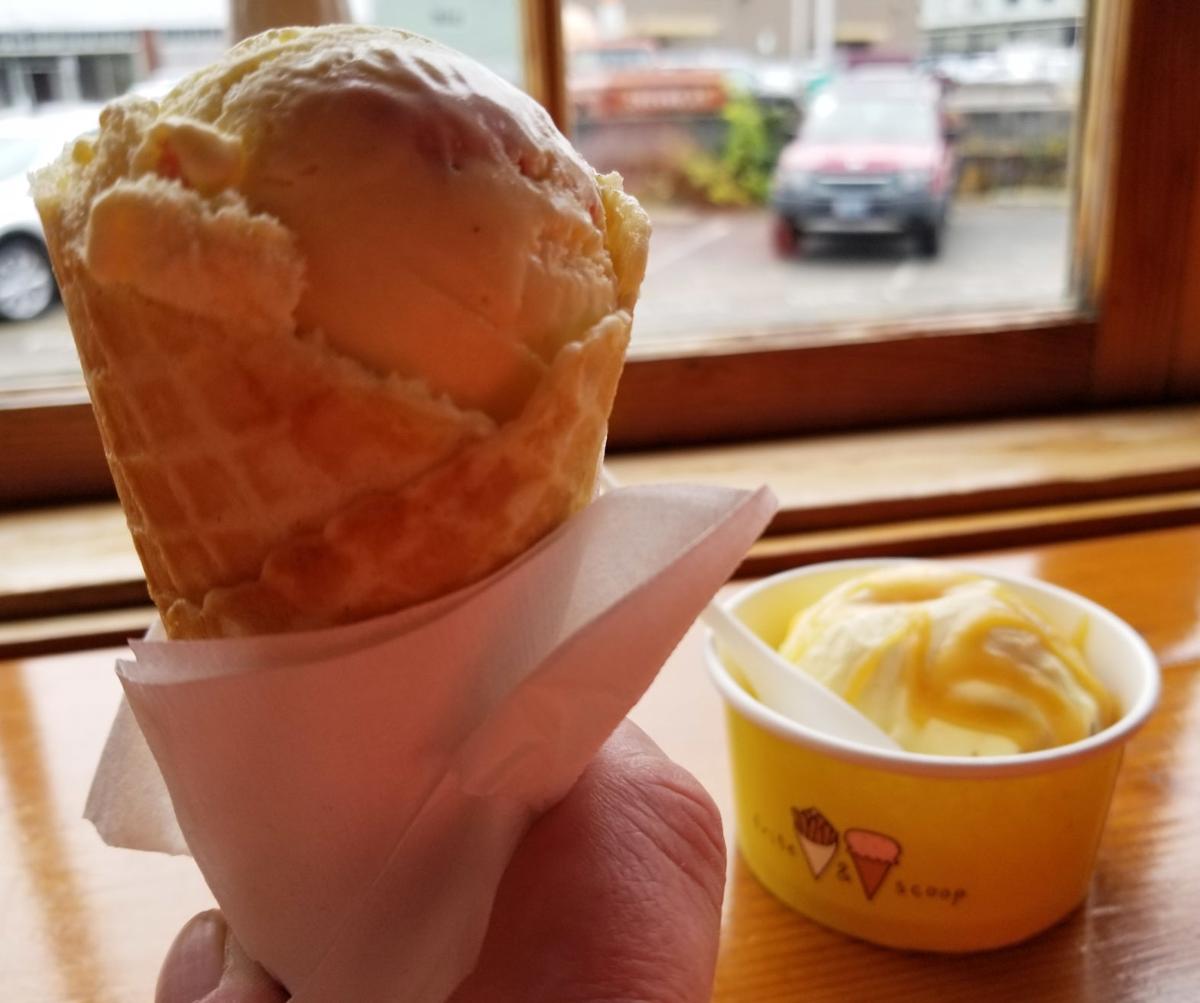 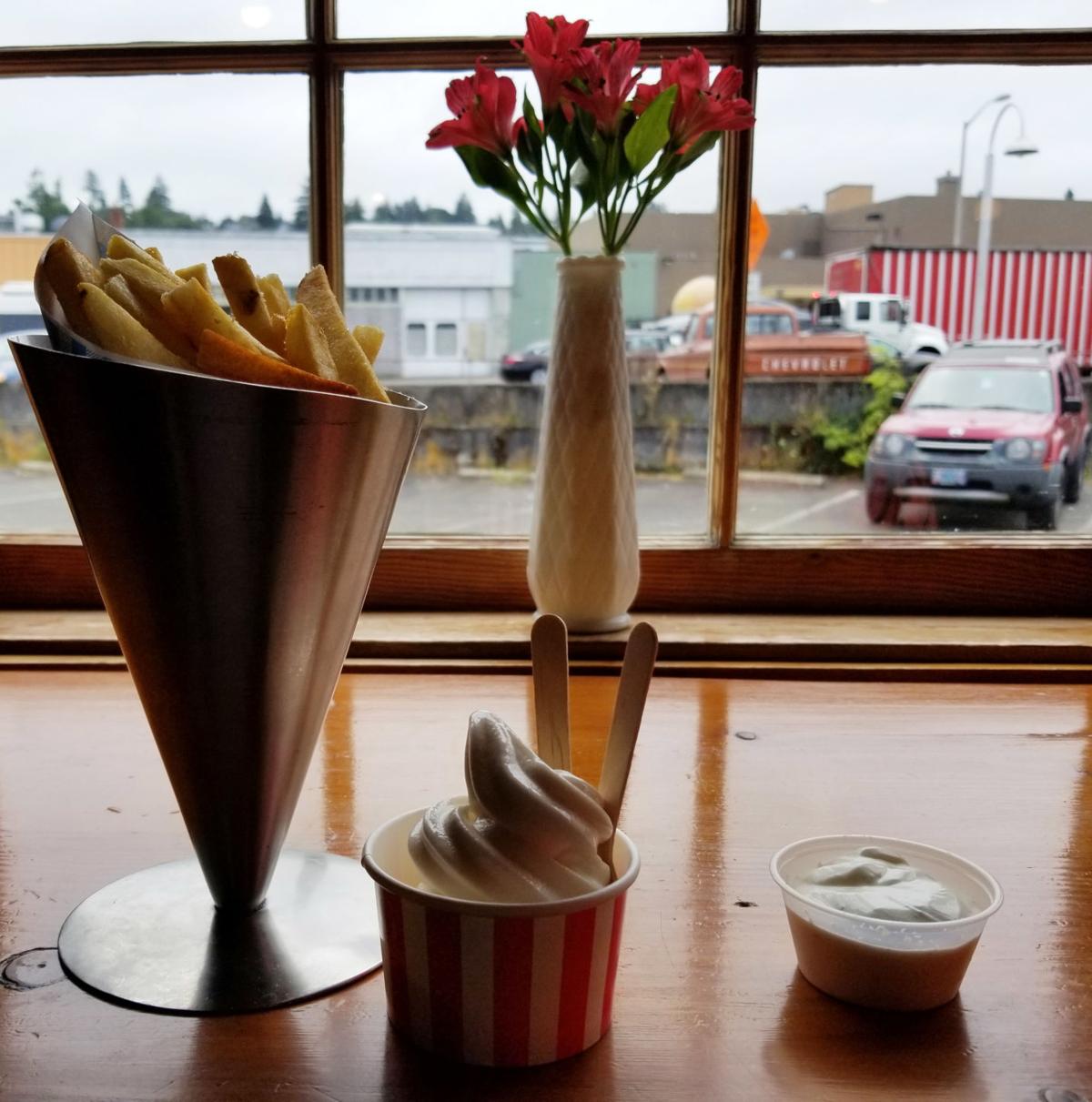 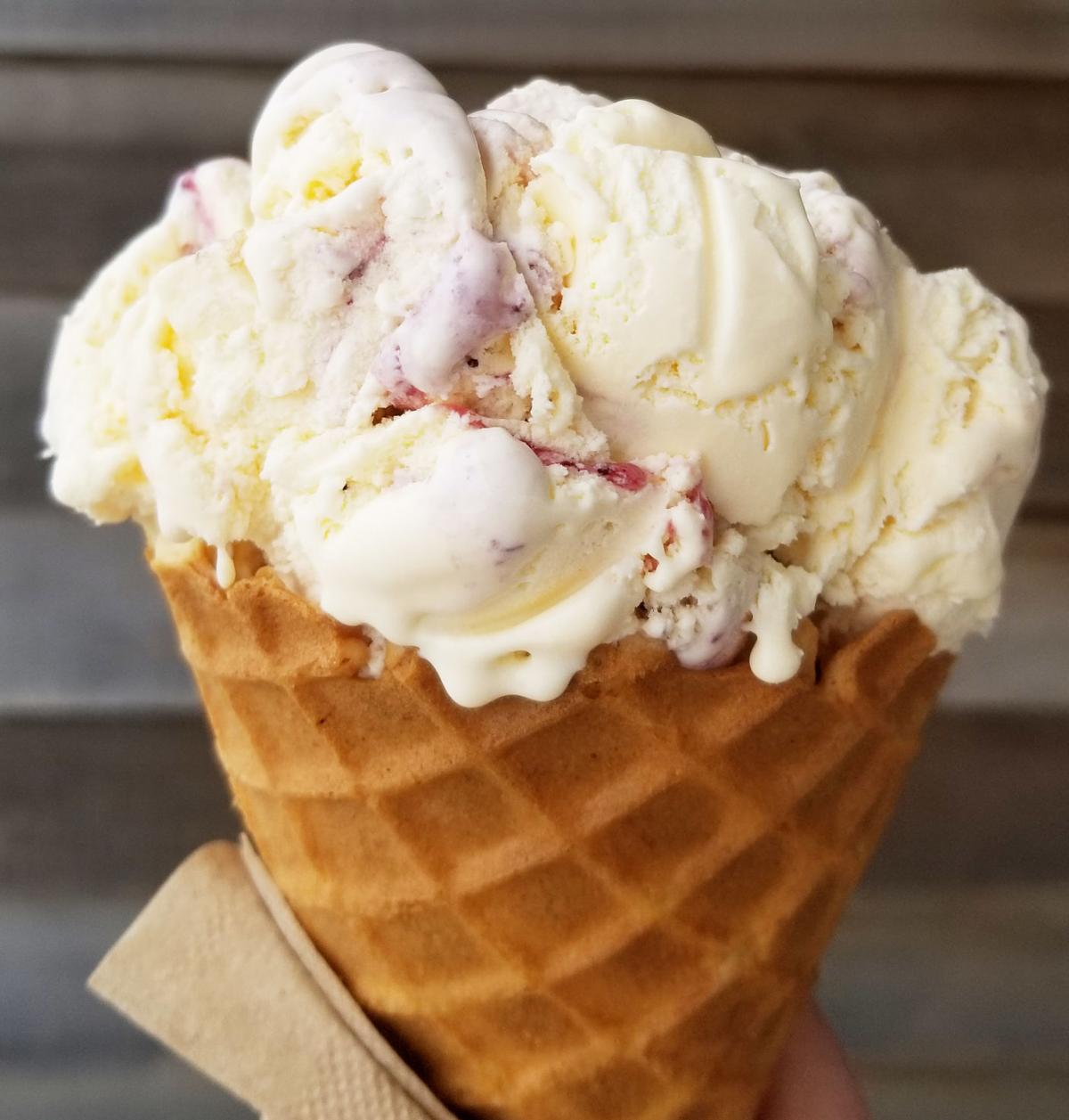 While it can sizzle in the summer on a rare blue day, more often than not it’s tepid, gray and muggy around the Columbia-Pacific. It’s not even close to that Louisiana stick, but half of the reason people head to the ocean in the first place, even locals, is to cool off, slow down and play.

Our Coast rounded up some of our favorite scoop shops between Cannon Beach and Long Beach.

Before setting out, I realized I needed to enlist the help of a bonafide ice cream expert. So I packed my 8-year-old daughter into the car and headed up the sweet stretch of U.S. Highway 101.

We decided to only visit one scoop shop per town and searched out places that didn’t have multiple locations. Some were chosen randomly, while others were already personal favorites.

Every spot showcased takes credit cards and cash. What follows is our kid-approved guide to fulfilling your ice cream dreams.

Right across the street from the long-standing Osburn’s Ice Creamery and hidden behind the slice counter of Pizza a’Feta in the courtyard of the Village Centre in Cannon Beach stands this cute, brightly painted storefront with a handsome logo.

Established in 2016, Suzy’s offers plenty of scoops as well as milkshakes ($4.95), malts ($5.95) and root beer floats ($4.25). While Suzy wasn’t in, service was attentive and affable, and the only employee was patient with samples. My sugar cone ($3.25) was top-heavy but sturdy with an oblong orb of Oregon Hazelnut Salted Caramel. My daughter’s waffle bowl ($4.50) was bursting with Blue Bubblegum. I watched her carefully mine each piece of bubblegum and set it aside for later. Remember: it’s Suzy’s Scoops, not Scoop. Each of our singles was easily a double.

There’s idyllic courtyard seating (perfect only for a sunny day) and public restrooms about a block away. Suzy’s uses Tillamook Ice Cream, an excellent brand, and store-bought cones and bowls, all of which are fresh.

One nice touch was a paper cup filled with pennies labeled “Free Wishes.” My daughter pinched one and tossed it in the gurgling fountain outside and I asked her what she had wished for. “I can’t tell you that!” She scowled. “It won’t come true!” Smart girl.

Recently crowned the Best Ice Cream Shop in Oregon by Travel + Leisure Magazine, Sea Star has been shoveling out delicious, often idiosyncratic flavors of scratch-made gelato — Italy’s answer to you scream, I scream — since 2015. Just a stone’s throw off Broadway in Seaside, the shop is boldly painted and brings to mind 1960s mod style. The offerings rotate and are often new. There is even a 21 and over boozy gelato, gluten-free options and vegan sorbets.

The staff is friendly and knowledgeable. As this place can get pretty chaotic, it is a testament to the staff that they maintain poise and patience. At this point in our travels my daughter had figured out that samples were a way to score a little more free ice cream. I was the only one who looked a little put-off when she asked for her eighth sample.

Gelato tends to be denser and silkier than your average ice cream, and this translated well in the Red Velvet scoop I had fit into a sugar cone ($3.50). The texture resembled a moist cake befitting the flavor. My daughter decided on a split scoop of Mystery (turned out to be Strawberry Cream) and Confetti Cake in a cake cone ($3.25) and was audibly pleased.

Out at the beach, my daughter was unimpressed with my gelato etiquette as red drips started to win. “Dad, you’re doing it wrong.” She whipped her large scoop into a perfect cyclone. “See? Perfect ice cream.” But I was losing. “Dad!” she laughed. “It looks like your fingers are bleeding!”

Once you slip off U.S. Highway 101 on to Pacific Way, downtown Gearhart reminds me of Cannon Beach-lite. This is a compliment. There’s the same sea-beaten architectural aesthetic, galleries and luxury goods, but it’s sparser and much quieter. This little gem is located on the same block as the Sotheby’s real estate office and is the only ice cream game in town.

The ice cream case is predominate in the espresso-bar room and stocked full of Cascade Glacier flavors; a producer out of Eugene that only sells wholesale. The afternoon was quiet and the two employees were happy to entertain my daughter’s newfound power of free samples.

After packing her a cake cone filled with Rainbow Sherbet ($3), I chose a handmade waffle cone stuffed with Espresso Explosion ($4.50), which was a coffee-flavored base, freckled with chocolate shrapnel and shards of coffee beans. Along with a cold brew coffee ($3.50) that complimented the scoop, this was the perfect pick-me-up after so much dairy. When asked if I wanted room for cream, the answer was a resounding “Oh god no!”

The Sweet Shop is an easy place to laze around.

“It’s small and cute,” my daughter said. “The patio had a lot of seating and even a little mini-table.” Technically, there are plenty of tables on the patio, but she became obsessed with one short concrete garden table she was sure was meant just for kids.

Back in our home base of Astoria, we landed at one of our regular haunts down by the 14th Street ferry dock. Frite & Scoop has been churning out intriguing French custard-based scoops and Belgium-style pomme frites since fall 2014.

This little shop is a handsome one, with a hardwood counter stretching across a wall of windows overlooking the Astoria Riverwalk, trolley tracks and Marine Drive beyond. There’s also plenty of covered outdoor seating where you can watch the Columbia River Bar Pilots splash up to the landing of the ferry dock.

The staff is friendly and keeps calm even as it gets overwhelmingly busy and welcomed everyone who entered even as my daughter thoughtfully considered her many samples.

You can always count on something new and unexpected behind the case at Frite & Scoop, but Chef’s Choice, Astoria’s perennial favorite ice cream, is always on hand. So it seems is some variation of a “Fog,” a tea-flavored base, usually sublime with the earthy undertones of Earl Grey.

My daughter decided on a split scoop of Inside Out S’more and Sweet Cream (essentially just the pure custard base) with a zigzag of caramel sauce on top ($3.50 for the scoop plus $.75 for the topping). I was far from disappointed by the Moroccan Brown Butter swirled with housemade raspberry jam then slammed into a krumkake waffle cone ($4.50). The custard base was run through with ras el hanout, a North African spice blend that has as many variations as Indian curry, and enjoyed the subtle notes of cinnamon and nutmeg that played off the sweet/tart of the berries and the crunchy waffle.

What really blew the young one’s mind was an order of sinfully salty, classic, twice-fried frites (regular order $4) with a side of vanilla soft serve ($2) offered as a dipping sauce. “Look dad, the fry is too hot.” She dipped the fry and shrugged. “Now it’s cold.” The soft serve is also vegan.

Having been around for more than 20 years, Scoopers is a Long Beach institution. The location is ideal, marooned inside a dirt parking lot at a right angle between the main strip and access to the beach. Port-a-potties on the side of the market are the only facilities, which means no running water for sticky hands, children or mustaches.

Scoopers is also a lot more than just what the name implies. It’s a full service mini-mart stocked with wine, beer and snacks, a taffy stand, pizza, caramel corn and many, many tchotchkes.

Scoopers hands-down has the largest inventory of ice cream in the entire region. To do so, they source from a number of quality Northwest brands including Umpqua, Tillamook, Cascade Glacier and more.

Mirroring that quantity was the number of beachgoers looking for a frosty treat. The line was at least 30 deep. There were only two young employees behind the counter, ping-ponging between the immense display case and the cash register.

When our time came to order, my daughter ordered a waffle bowl with cotton candy ice cream and a marshmallow topping ($6.55). When she was informed the marshmallow topping was actually a syrup, she switched to gummy worms since we had already paid for a topping. I had a scoop of Huckleberry Cheesecake in a waffle cone ($6).

While these were the most expensive scoops we had encountered along our journey, they were without a doubt also the most mountainous. Which brings me back to the point: Scoopers is all around a quantity game, with the most flavors and the biggest scoops. They also probably serve more patrons on a Tuesday afternoon than any of the other establishments we visited.

Sometimes a dollop of vanilla isn’t enough to wash away a long day, so why not plunk that sc…