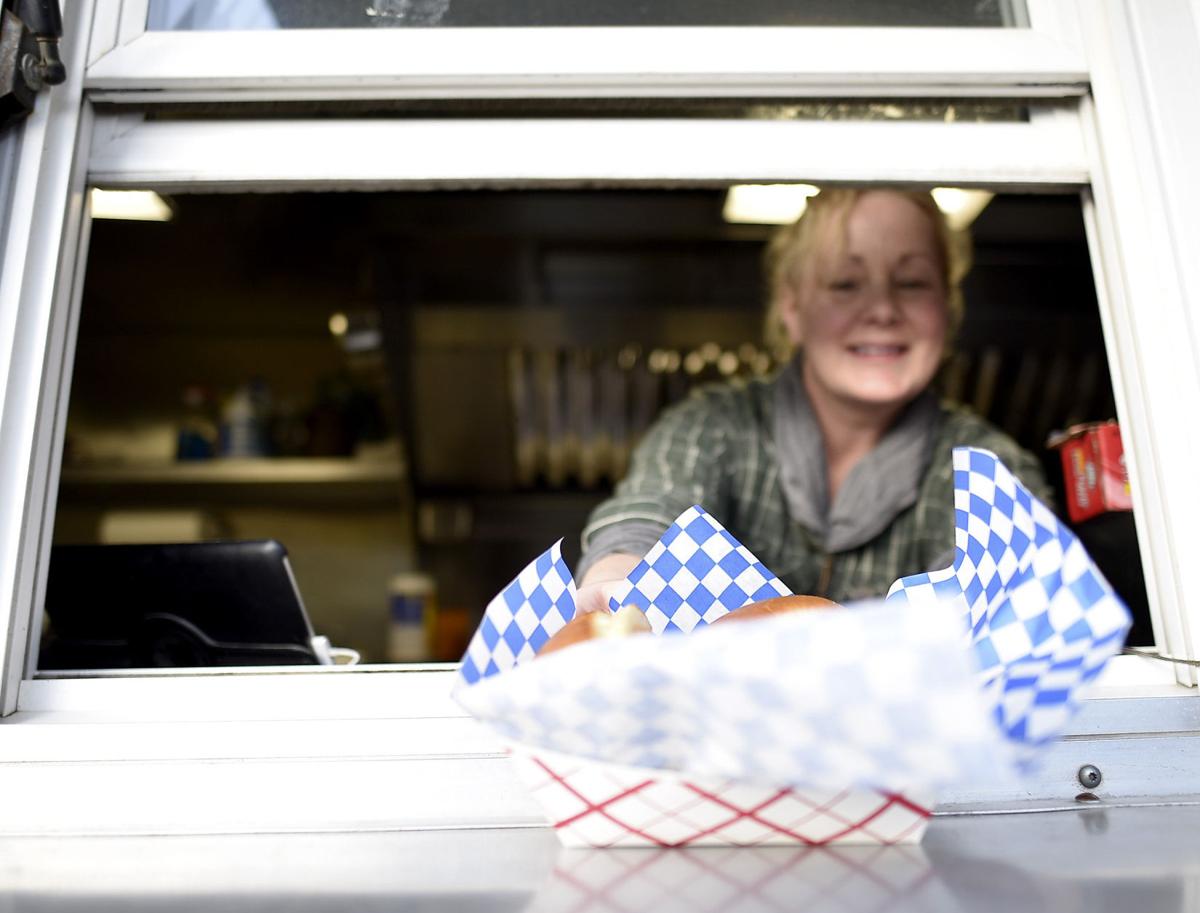 Dani Henderson serves up a meal at Stanley’s Grill in Seaview. 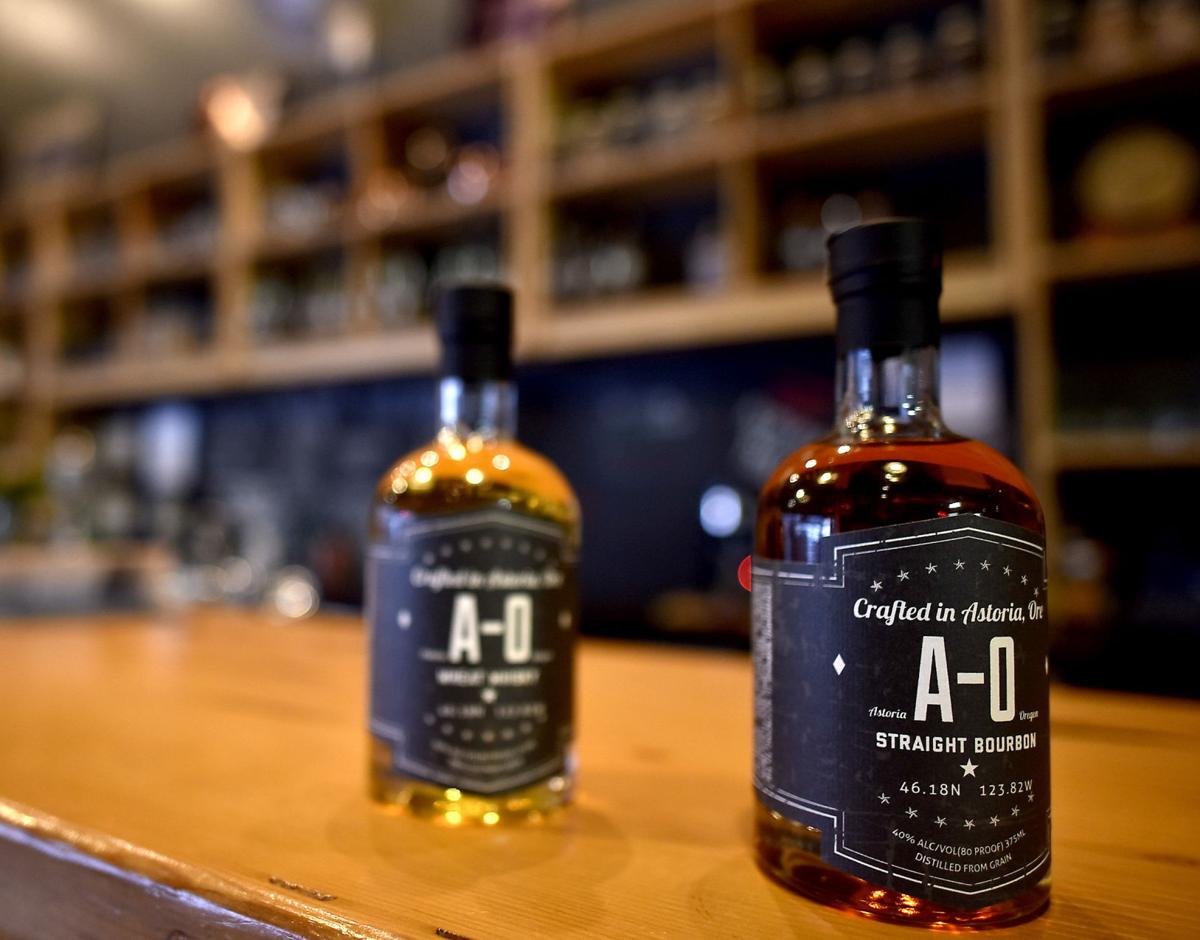 The Pilot House in downtown Astoria features hand-crafted spirits made right on the premises. 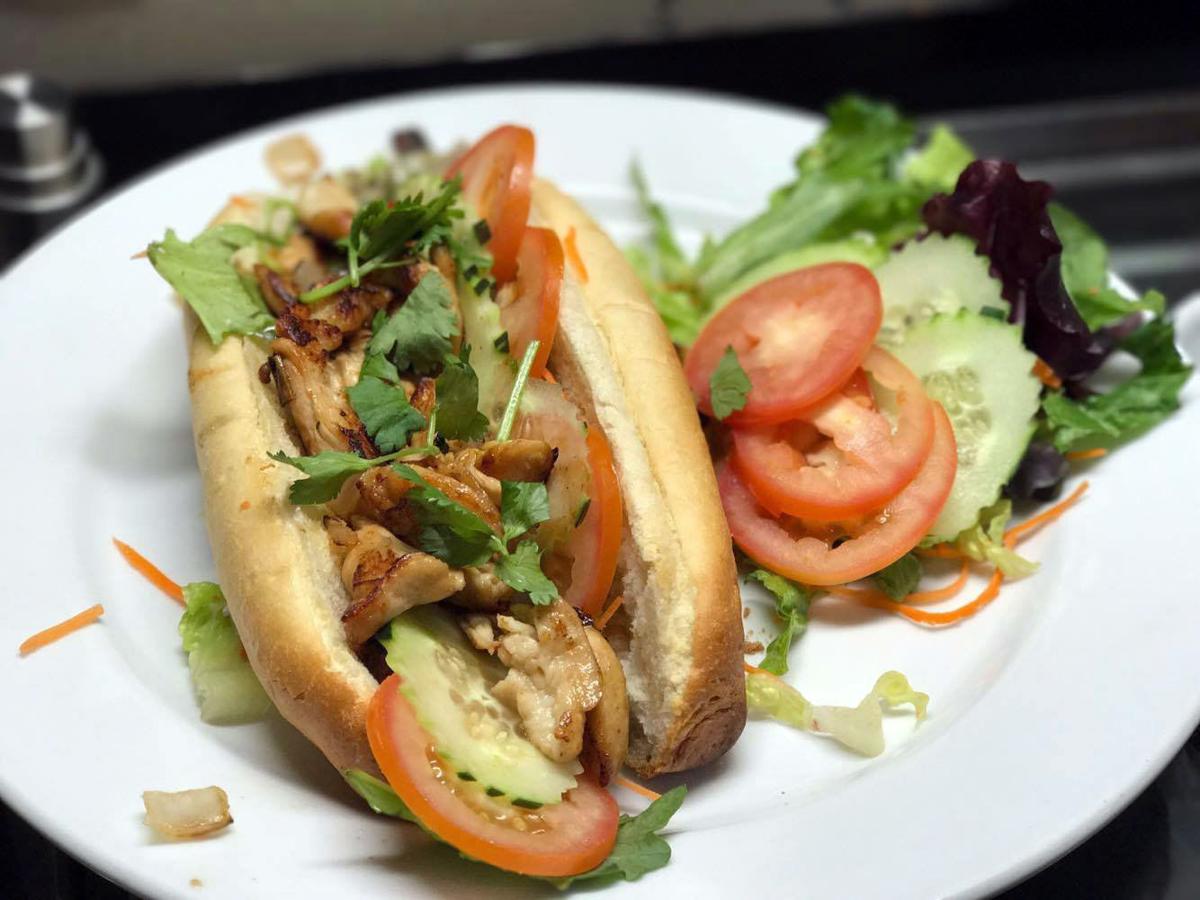 Banh mi, a Vietnamese sandwich, is a staple on A Mighty Thai’s menu. 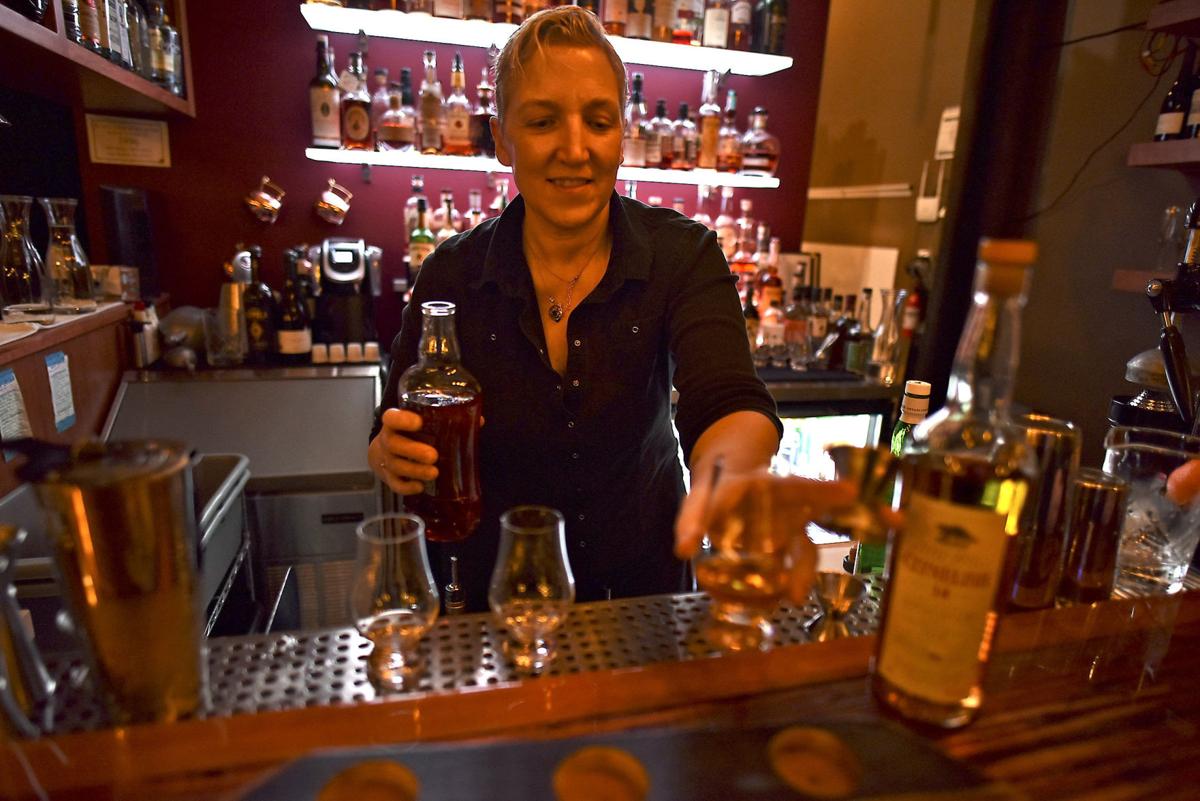 Lynn Kyriss pours a sample of whiskey at MacGregor’s Whiskey Bar in Manzanita.

There’s no shortage of places in the Columbia-Pacific to find a good meal. Whether you’re looking for homemade baked goods, a fine evening dinner, or some fresh seafood, let these fabulous food finds inspire you.

Mark Twain famously said that “too much of anything is bad, but too much good whiskey is barely enough.” Keep that in mind as you plan your first visit to MacGregor’s Whiskey Bar, an establishment that holds good brown liquor in high regard.

While whiskey has been a staple of the cocktail scene for years, only recently has it developed its own craft scene, with whiskey tasting bars and distilleries popping up with greater frequency around the country. It’s also taken on more of an international flavor and stretched beyond the more recognizable Scottish, Irish, and American brands.

That’s a big part of the fun at MacGregor’s: You don’t have to be a whiskey drinker to enjoy something new. The knowledgeable staff is more than happy to provide a few recommendations and enjoy the educational aspects of their trade.

Part of the perfect tasting is food, and MacGregor’s offers upscale tapas, including meat, cheese, pâté, and vegetable boards, along with a fresh soup-of-the-day, fresh-pressed coffee, and a dessert selection.

The star of the show, of course, is whiskey, and the sky’s the limit at MacGregor’s, with more than 100 brown liquors on hand. That includes scotches from all six regions of Scotland, Irish whiskeys, American bourbons and ryes, Canadian blended whiskeys, and several choices from around the world.

For a bit of fun, there’s even weekly Trivia Night.

It’s the perfect place to warm up during a wet winter evening or relax after a warm summer walk on the beach.

It happens to all of us. You’re heading down U.S. Highway 101 and your stomach reminds you it’s way past lunchtime. You’re hungry, but not craving a burger or hot dog. If you’re anywhere near Manzanita, you’re in luck!

A Mighty Thai opened its doors in summer 2016 and coastal diners — eager for something other than the ubiquitous chowder-and-chips scene — can’t get enough.

Immediately off the highway on Manzanita Avenue, this bustling little restaurant in the distinct yellow and orange building, offers a wide variety of traditional Asian dishes and different levels of spice settings: Pad Thai, Salad Rolls, Yellow, Red, and Green Curry, and Pho. There’s even a “Hangover Soup” featuring oxtail. A Mighty Thai’s offerings brim with exciting flavors and fresh ingredients, just right for fueling up for a trek to the top of nearby Neahkahnie Mountain.

The interior is cozy with several tables and a full bar. On warm spring and summer evenings, patrons can take advantage of the newly expanded outdoor patio.

Owned and operated by partners Joel Bernard (who also co-owns Sleepy Monk Coffee in Cannon Beach) and chef Joe Khongkhar Bongkhamsao, A Mighty Thai is the only Thai restaurant in the area. Judging by the reception thus far, locals and visitors alike are heartily embracing this addition to the North Coast palate.

It’s hard to believe all of this started out with a “little hobby that got out of control,” Larry Cary said.

Last year their Columbia Absinthe and Diablo Azul tequila won the double gold award at the 2017 Seattle International Spirit Awards. Their Painted Lady Gin also won gold. With so many wins there’s no reason not to experience the fruits of their passion and ingenuity for yourself.

In 2018, look for Pilot House to release a straight bourbon and a wheat whiskey under it­­s A-O label, as well as at least one more canned cocktail, an “Astoria Mule” — Pilot House’s take on a Moscow mule — premixed and ready to drink right out of the can. They’re also continuing to work on a limoncello for future release. Pilot House’s tasting room offers flight samples as well as bottle sales. The place is a local treasure for the cocktail connoisseur — don’t miss it.

Seaview is renowned for its wide variety of dining establishments, from The Depot Restaurant to the 42nd Street Café & Bistro, but some of the best eating in town can be found in a modest-looking food truck just off the town’s main drag. Conveniently located alongside the North Jetty Brewery & Tap Room on Pacific Way (for which it serves as its unofficial kitchen), Stanley’s Grill offers a small but excellent bill of fare, prepared on site by proprietor Dani Henderson.

Their burgers — a one-third pound of hand-pressed beef and available in Classic Cheeseburger or Bacon Bleu and served on a ciabatta roll — are available alongside items like their hard-battered fish and chips, BLAT (Bacon-Lettuce-Avacado-Tomato) sandwiches and an ever-rotating variety of daily specials.

But the specialty of the truck is Stanley’s Porker Sandwich: a delicious combination of braised shoulder, off-bone ham, bacon, and pork belly sure to delight anyone whose palate hungers for carnivoral knowledge. And their sides are practically meals in themselves: hand-cut Filthy Fries topped with beef gravy and shredded cheese, and Thai Tots smothered in spicy peanut chicken sauce and finished with cilantro and green onions.

Meals can be ordered to go or eaten on site; the North Jetty Brewery encourages patrons to bring their food inside to be washed down with their wide range of craft beers. (Stanley, incidentally, is the owner’s dog, who personally vouches for every item sold.)