You have permission to edit this article.
Edit
Area Guide
Calendar
Coast Weekend
Our Coast Magazine
Weather
Multimedia
Newsletters
Share This
1 of 12 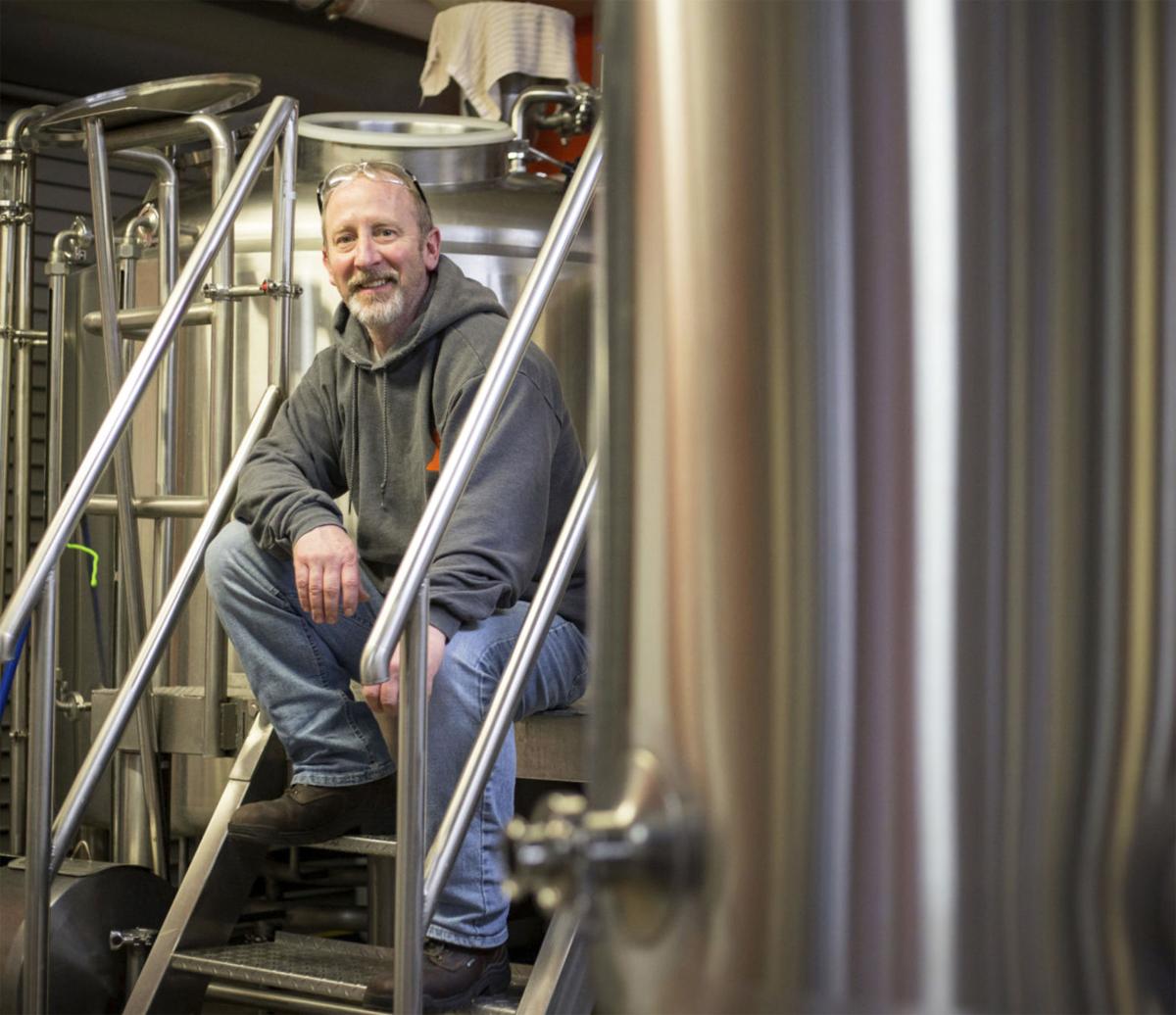 Kirk Hurd is the head brewer at North Jetty Brewing in Seaview, Wash. 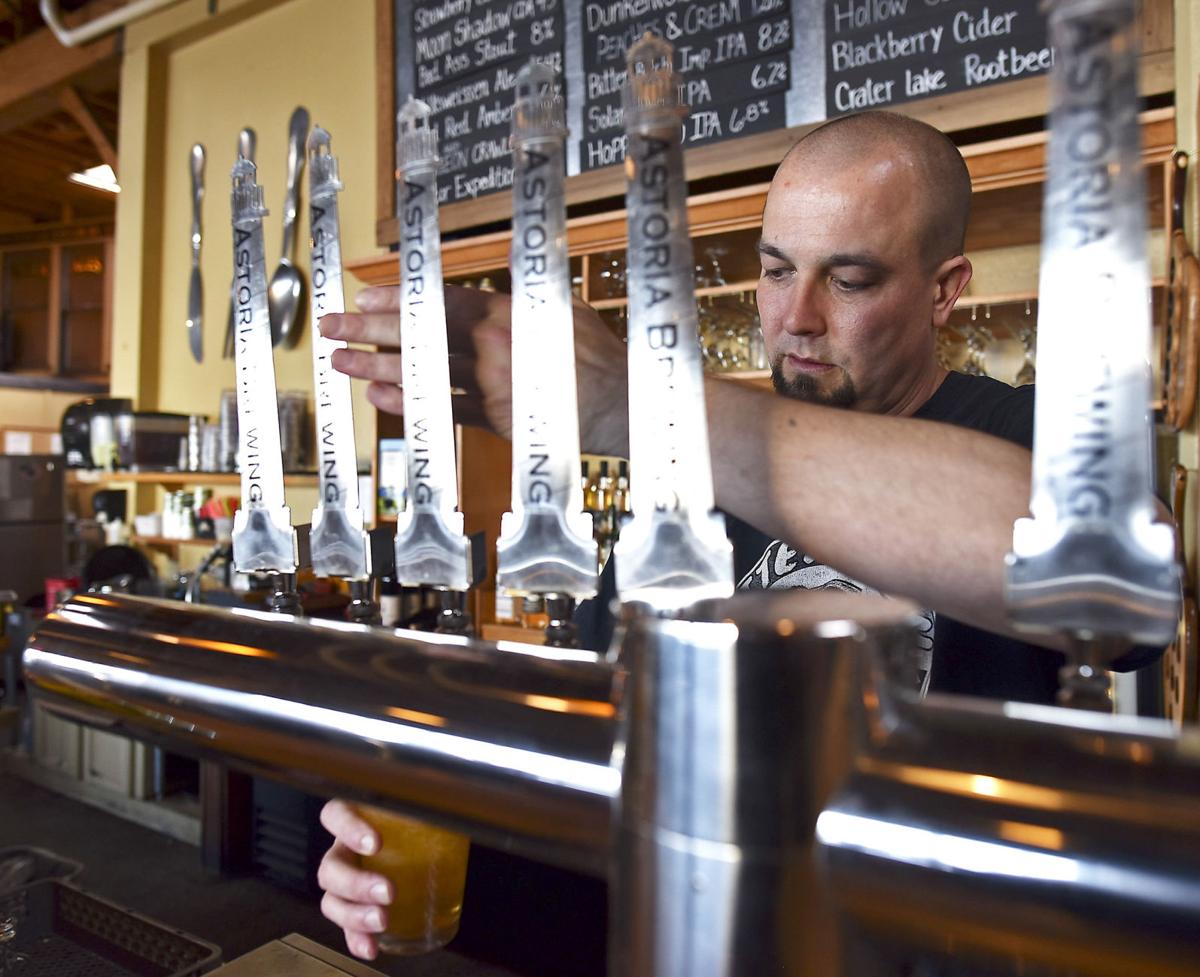 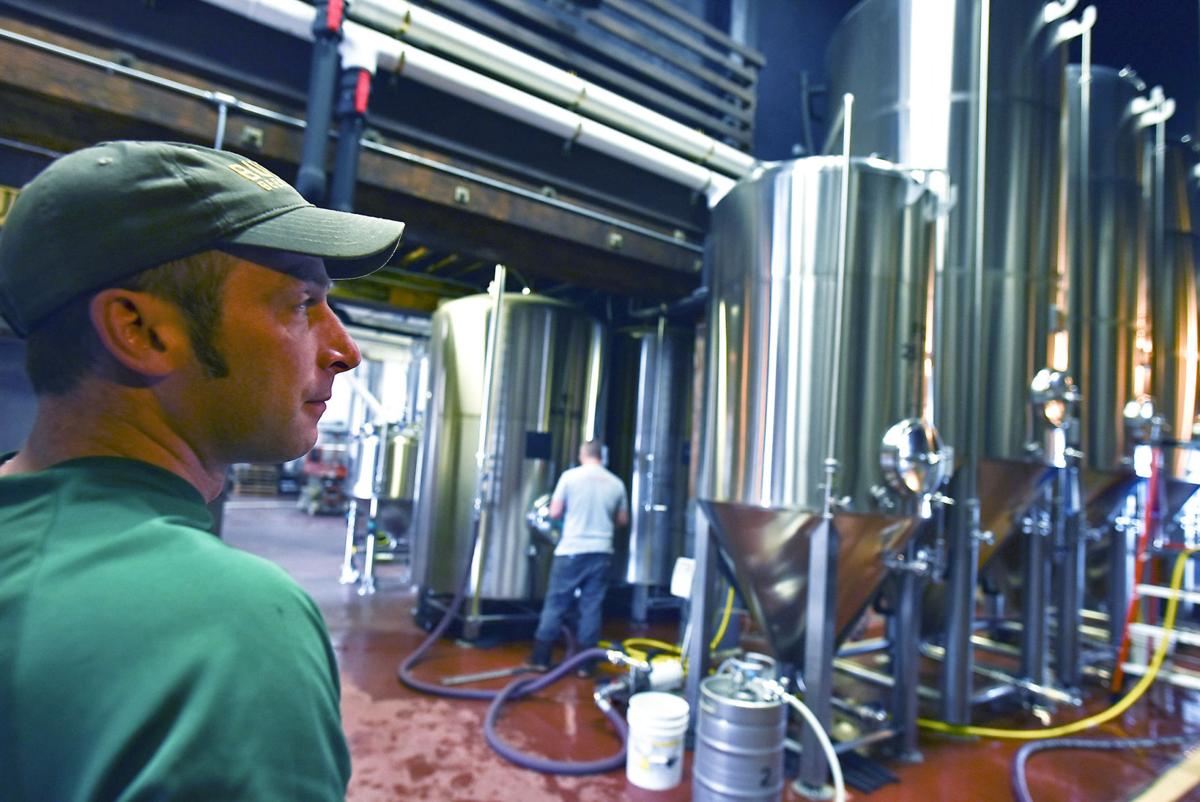 Buoy Beer Co. CEO and co-founder Luke Colvin, left, looks over the expansion at the facility that allows the operation to can its own beer and increase production volume. 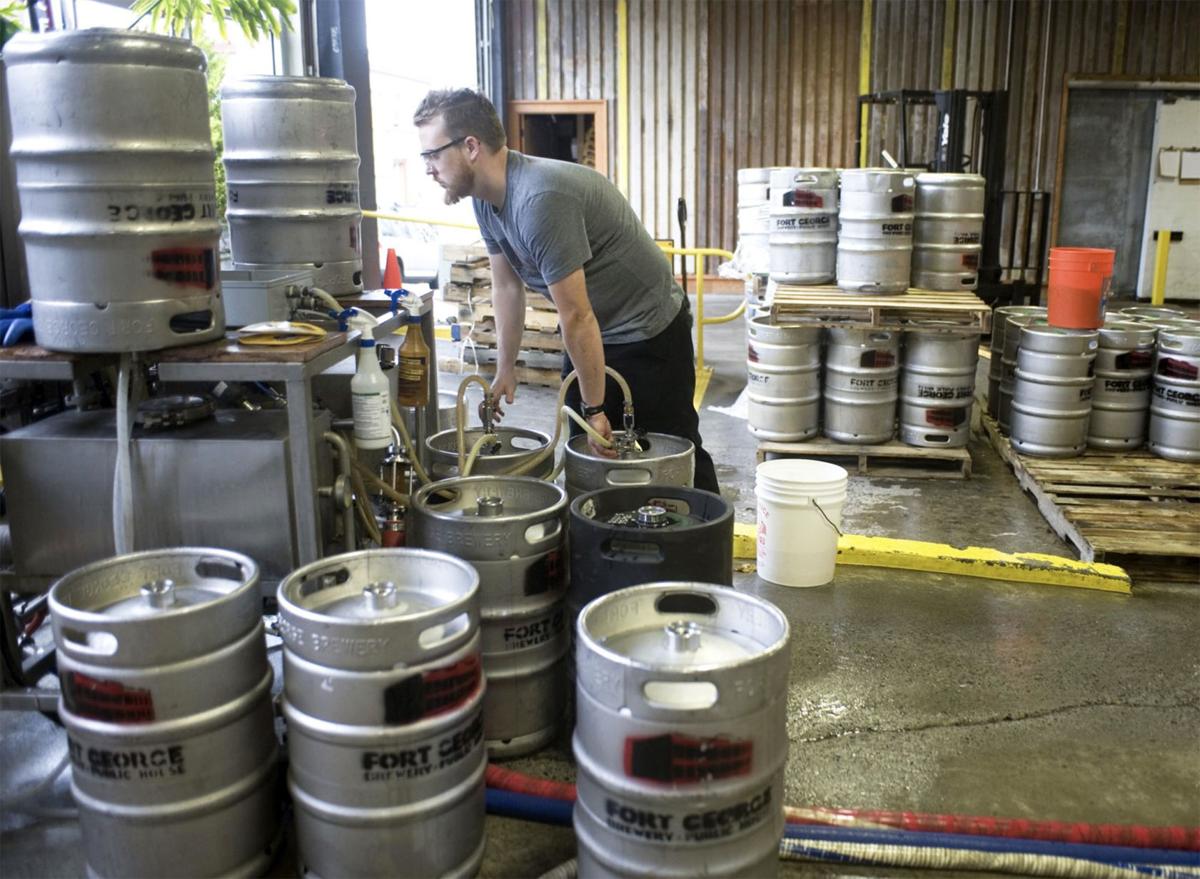 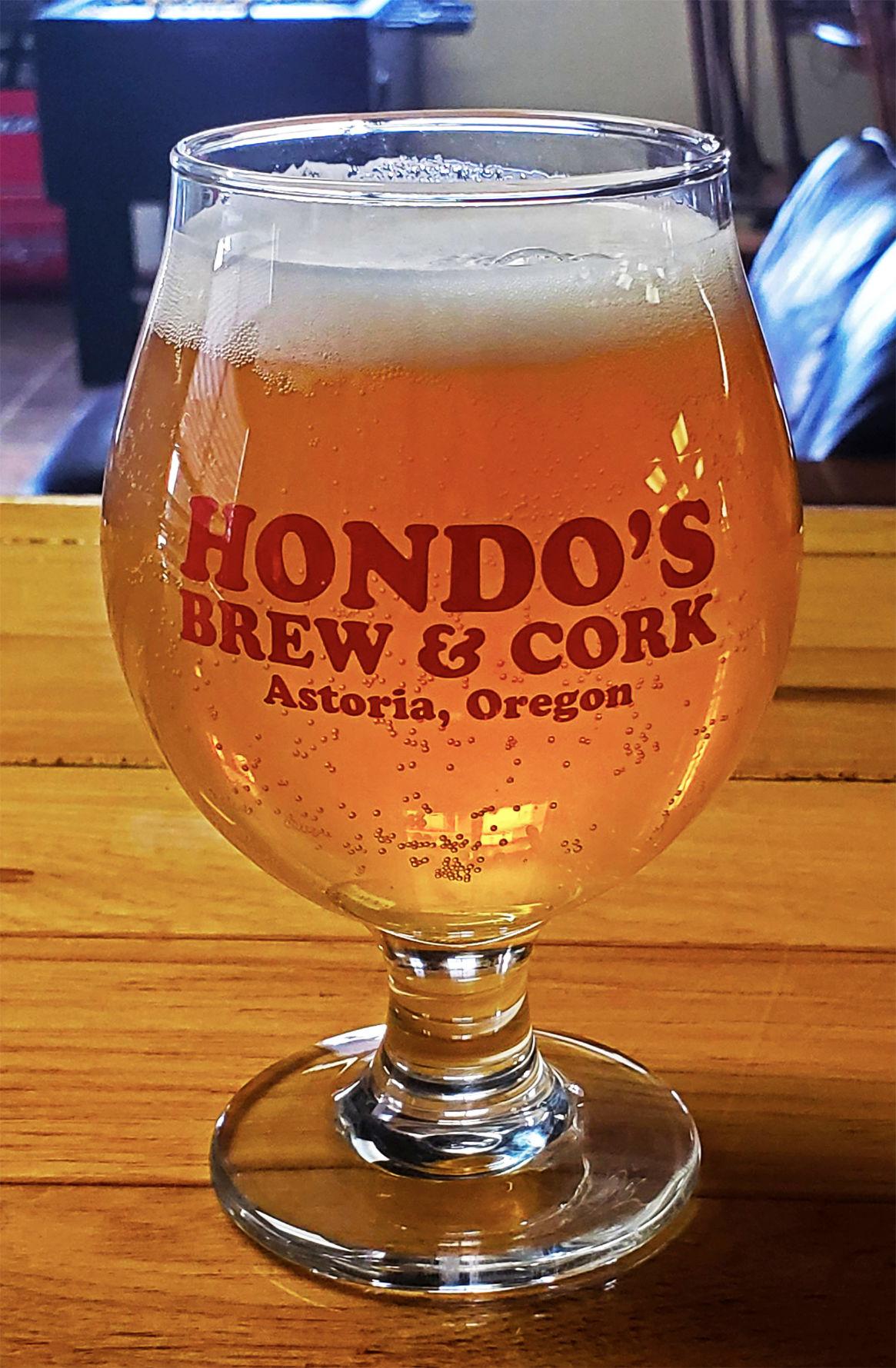 Hondo’s Brew & Cork in Astoria is a one-stop shop for in-house brews, home brew supplies and more than 100 varieties of beer and wine. 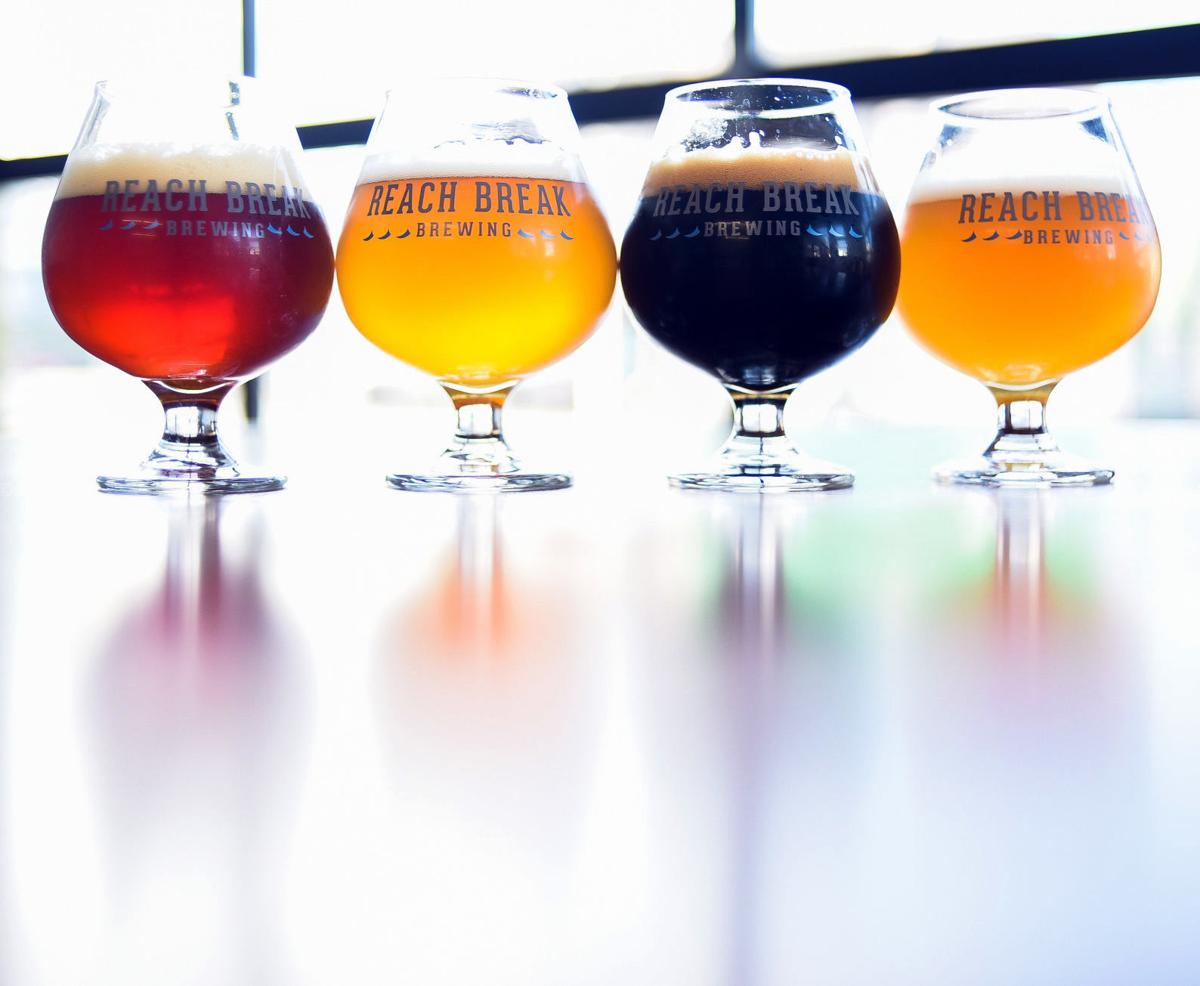 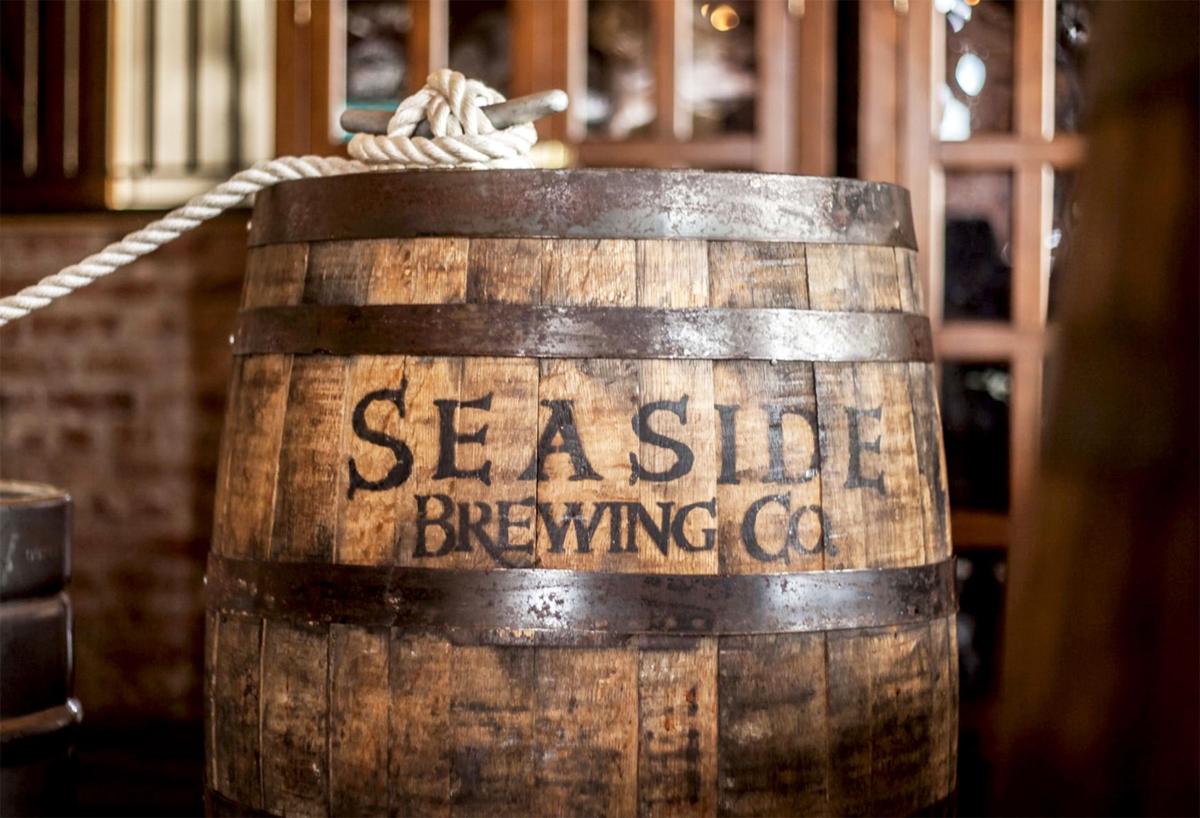 Seaside Brewing Co. resides in the old city jail and uses many of the original building materials in the reconstruction effort. 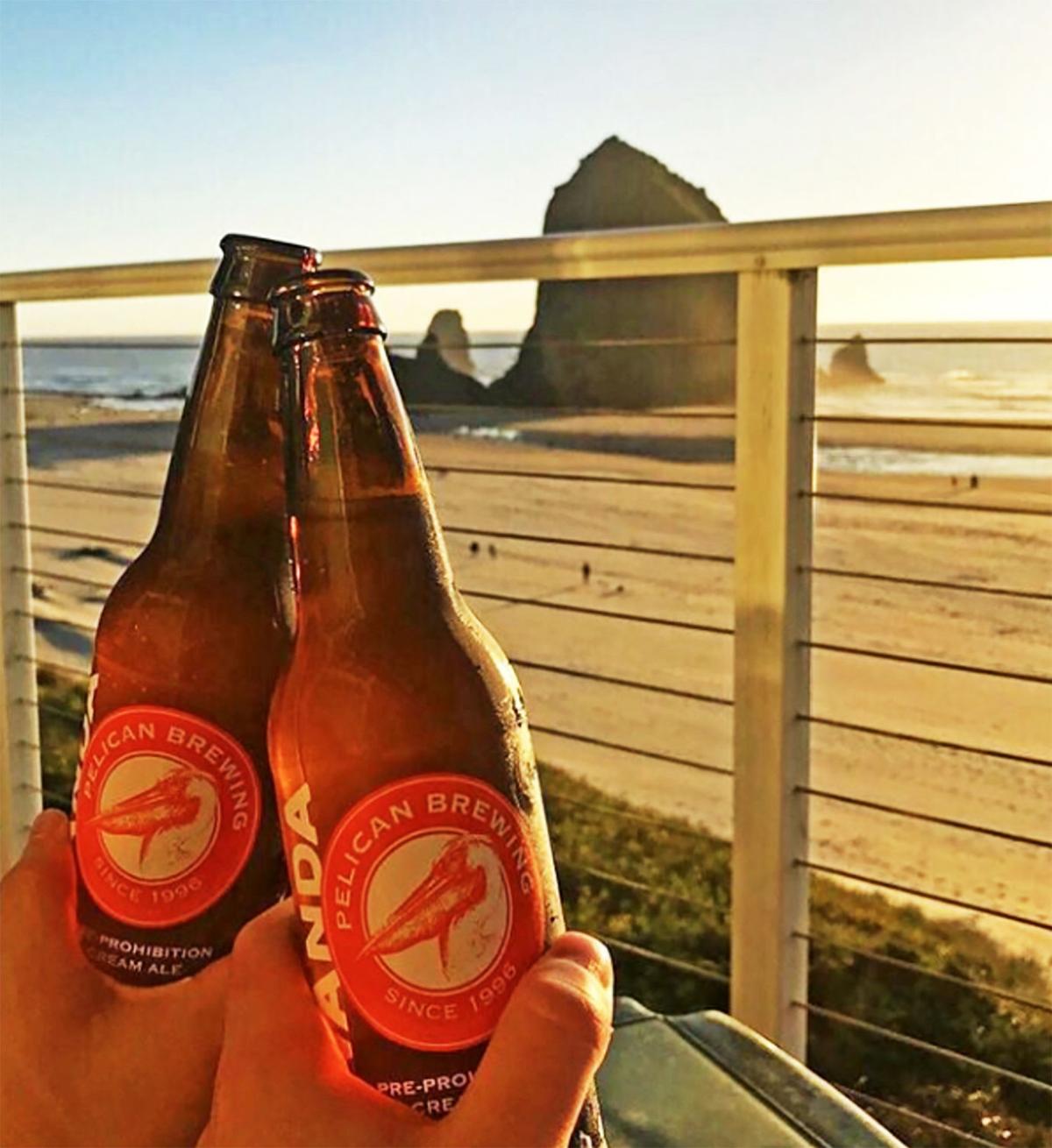 The Pelican Brewing Co. location in Cannon Beach opened in 2016 and offers a wide selection of 20 beers on tap and a seasonal menu. 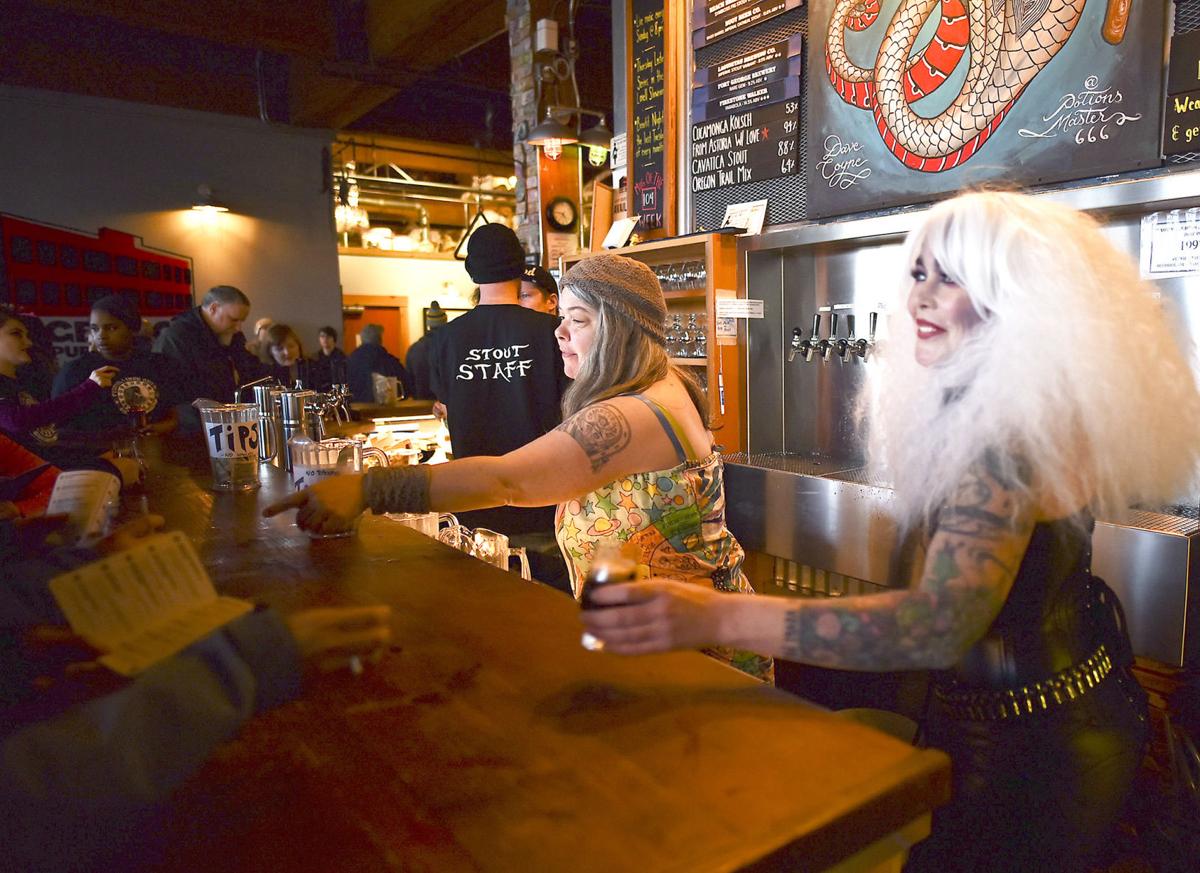 Workers at Fort George Brewery dress up for the Festival of Dark Arts. 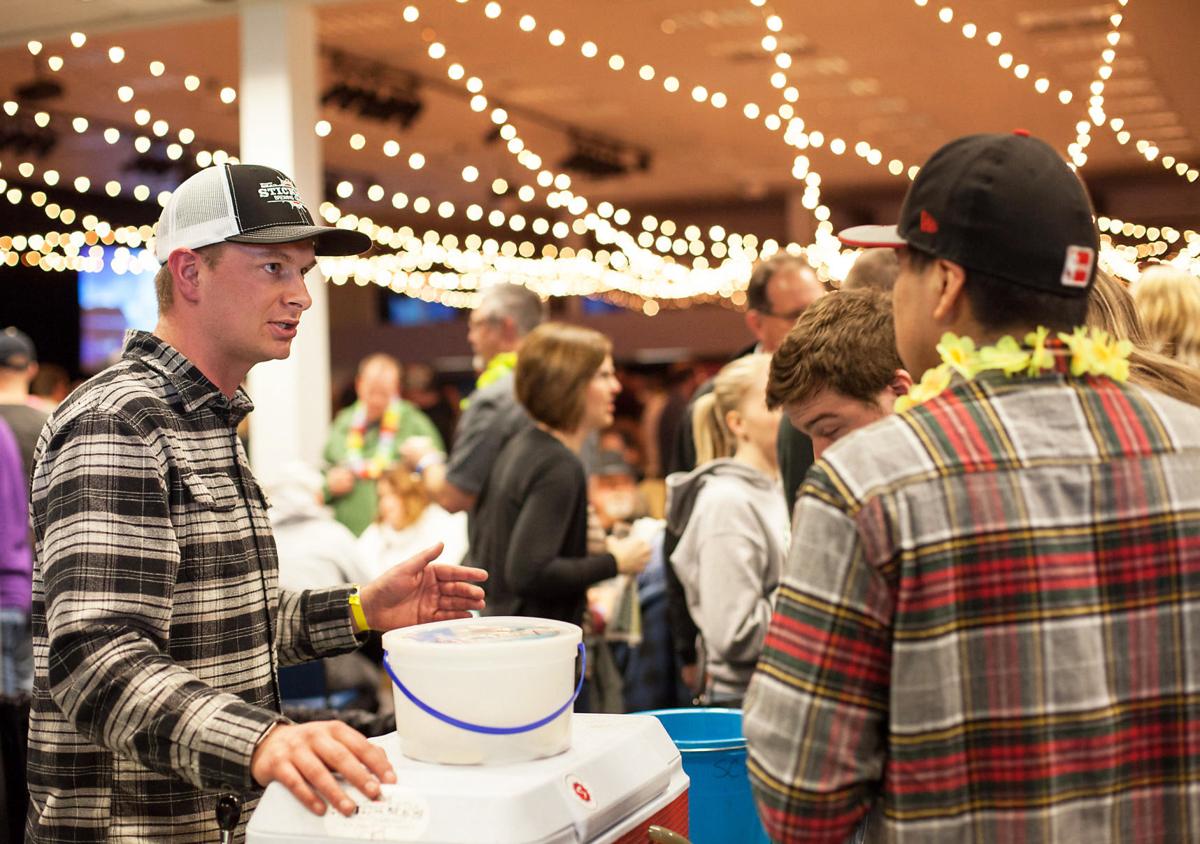 Logan Marks of Stickmen Brewing chats with patrons at Pouring at the Coast in the Seaside Civic & Convention Center. Not everyone comes to the coast just for the water. The North Coast is also the perfect place for any brew aficionado to sip quality crafted suds. There are about as many breweries as churches in Astoria alone, and once you add in the Long Beach Peninsula, Seaside and Cannon Beach, plus three annual craft beer events, there’s certainly going to be something on tap for everyone of age.

Not only is North Jetty Brewing the only game in town for craft brews on the peninsula, but they play the game very well. Since 2014, North Jetty has offered 18 taps, 16 of which for pouring their own. With both a fireplace and a garage door to open when the weather is nice, North Jetty is relaxing no matter what time of year. Free peanuts and a food truck outside seal the deal.

Once known as The Wet Dog Cafe, this family-owned establishment, the oldest microbrewery in Astoria, streamlined its menu and rebranded under the umbrella name in early 2018. ABC owns a few other venues across town, including the Desdemona Club and the Chart Room. All three establishments have full bars beyond pouring ABC’s brews like Strawberry Blonde and Poopdeck Porter.

You cannot beat the river-in-your-face view at Buoy’s one-of-a-kind brewpub, built on pilings over the Columbia in a refurbished cannery on the Astoria Riverwalk. Try their award-winning cream ale or pony up to the full bar. Sea lions often lounge below the swatch of glass floor near the front of the dining room. Full kitchen with plenty of inventive, modern pub dishes.

There is little dispute that Fort George put Astoria on the Pacific Northwest’s map of most beloved breweries. Instead of using this success to expand outside the region, Fort George continually reinvests in the community and its employees. The public house has ballooned into an entire city block with three separate menus in three separate dining rooms — and has a music and event venue to boot. The unique ales, stouts and other concoctions (keep an eye out for their small batch one-offs) have never failed to concentrate on quality. Great wood-fired pizza upstairs and a heavily rotating smorgasbord on tap.

This locals’ favorite is much more than just a “nano-brewery,” as they bill themselves. There is a well-stocked bottle shop with more than 100 different beers and wines. There is also a home brew supply post, if you happen to catch the bug and need to conjure up your own pilsner.

It takes some gall to open a brewery a stone’s throw from Fort George’s blockwide complex, but Reach Breach quickly established itself in 2017 as Astoria’s most experimental suds factory. Rumor has it they never make the same beer twice, but style-wise, people keep flocking here for sours and cloudy IPAs. Food trucks line the ample outside seating patio, and never miss one of the collaborations with Reveille Ciderworks, next door in the old Astoria Station building. Check it out on Facebook and Twitter.

Conveniently located in a historic weather-worn building at the corner of U.S. Highway 101 and Broadway Street — Seaside’s main drag — and with ample parking to boot, this brewery offers plenty of quippy, beach-themed craft-style beers, along with a menu featuring plenty of gluten-free options, such as a fish and chips dusted with rice flour.

The newest outpost of this award-winning, Pacific City-bred brewery opened in 2016. Offering a seasonal menu of pub favorites and 20 rotating beers on tap, Pelican brews onsite and offers free tours of the facilities by request.

Giving a nod to Oregon’s righteous and rugged 363 miles of open, accessible coastline, Public Coast prides itself on inclusivity, which is apparent in the warm, rustic setting of their location, including the large patio. As their motto, literally painted on the wall, states: “Beaches forever. Beer for everyone.” In reality, they go a little further than that by creating a locally sourced menu and a straight-up beer float, no root necessary.

In mid-February things get dark in Astoria — really dark. Fort George Brewery’s popular, carnival-esque gala celebrates all that is stout.

Pouring at the Coast

The last full weekend in September, the Astoria Downtown Historic District Association assembles brewers from all over the region for two days of beer, music and family-friendly fun on the Astoria Riverfront. More than 40 brewers brought out their big guns last year.