You are the owner of this article.
Edit Article Add New Article
You have permission to edit this article.
Edit
Area Guide
Calendar
Coast Weekend
Our Coast Magazine
Weather
Multimedia
Newsletters
Share This
1 of 7 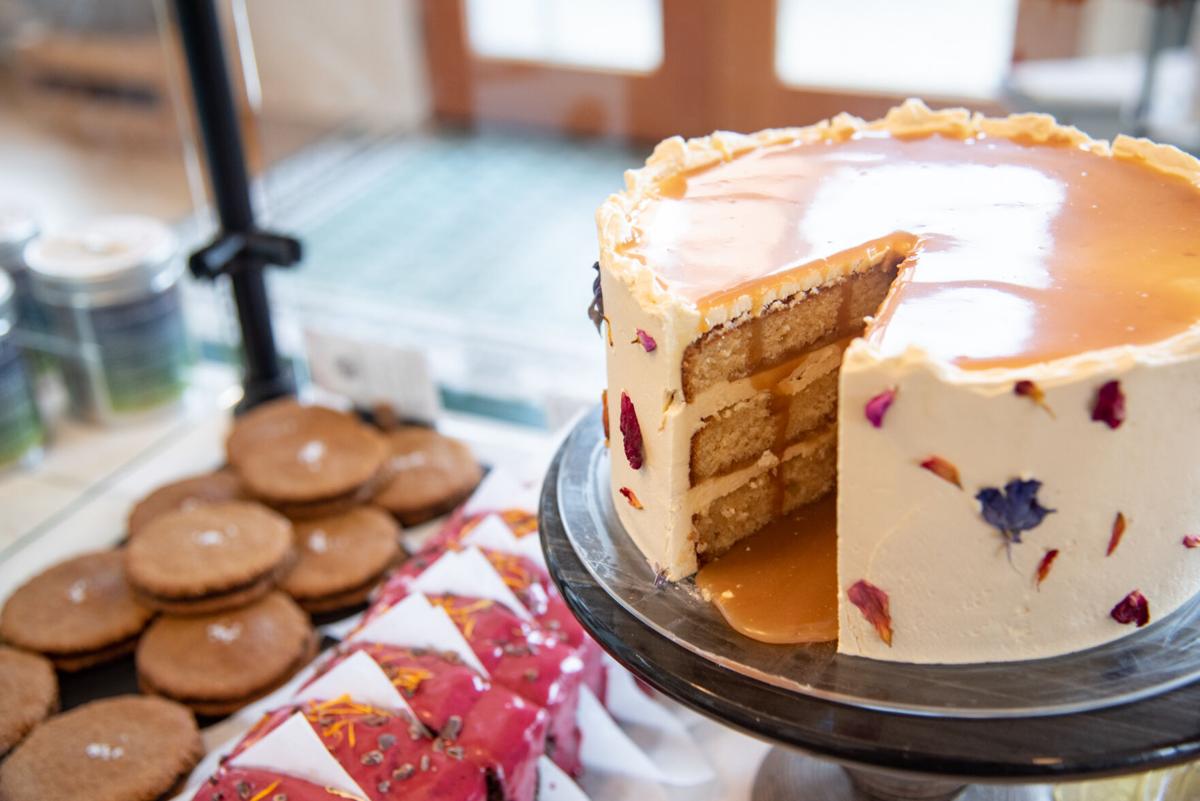 A salted caramel cake sits in the display case at Gathered Bakeshop and Market. 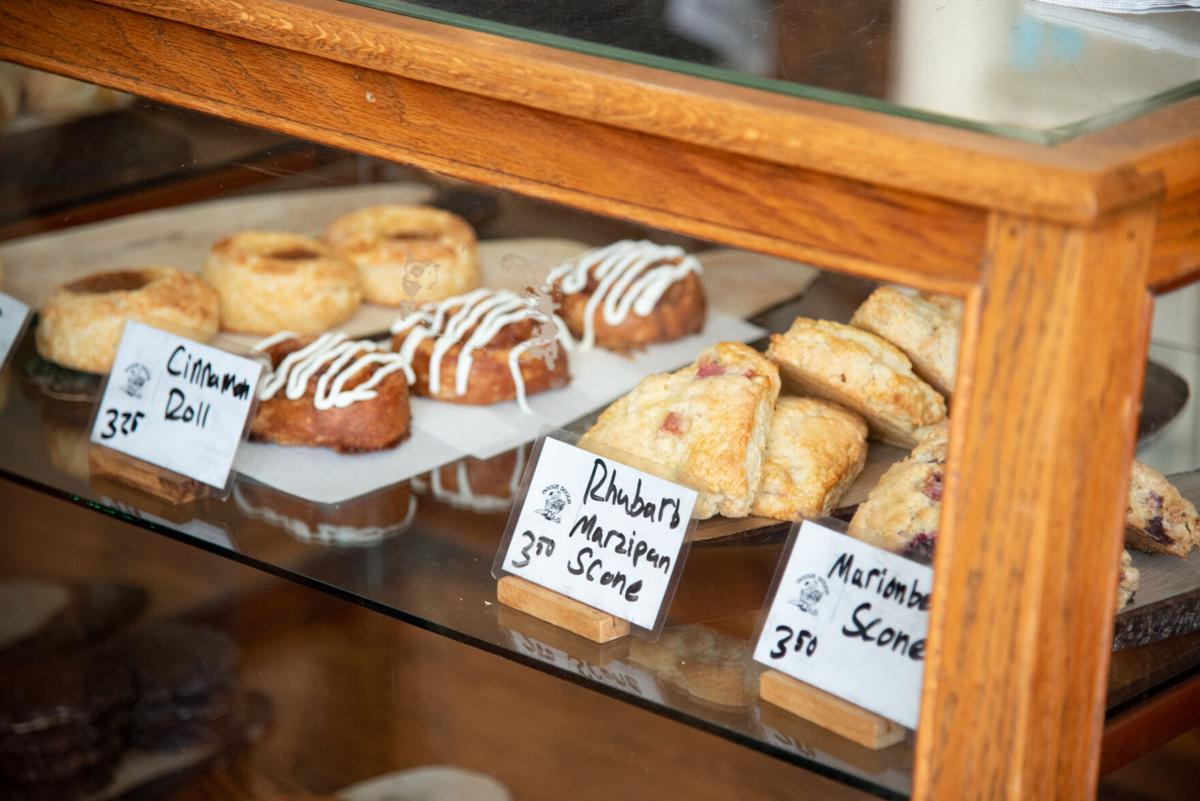 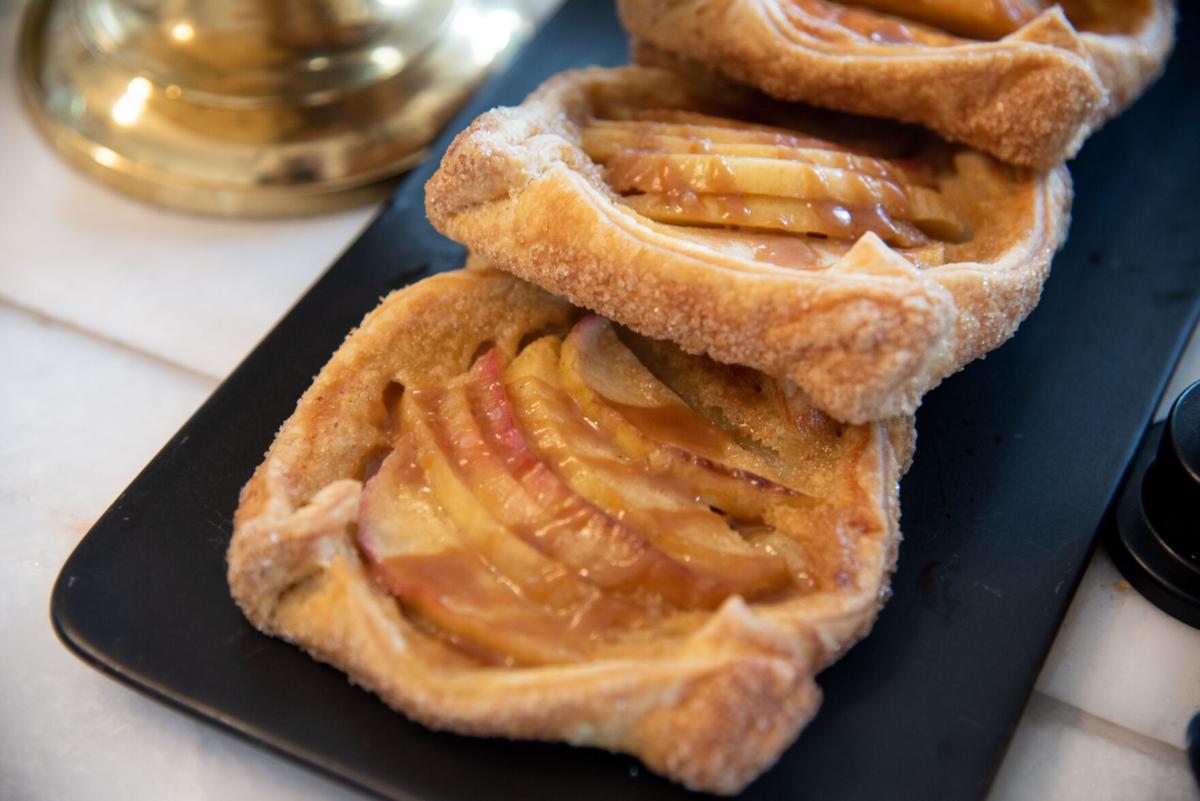 Sarah Woods is known for her brown butter galettes. 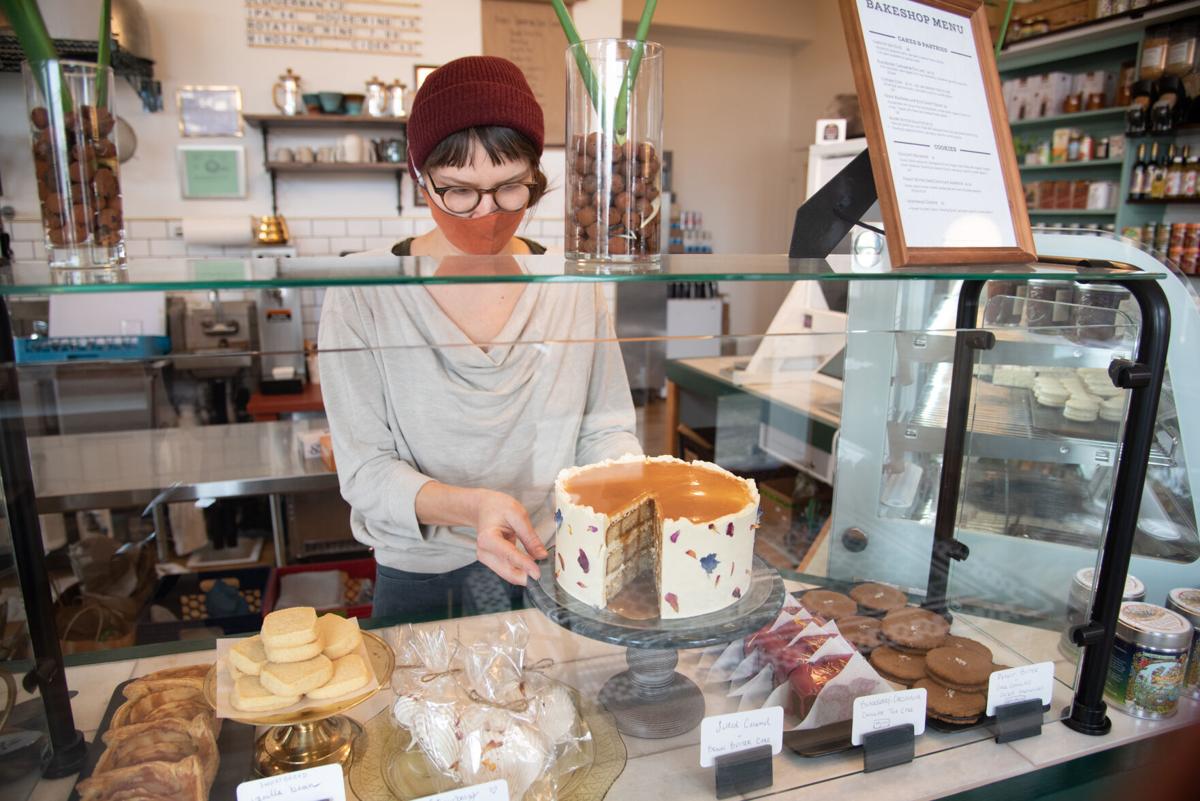 Sarah Woods adjusts a cake in the display case at Gathered Bakeshop and Market. 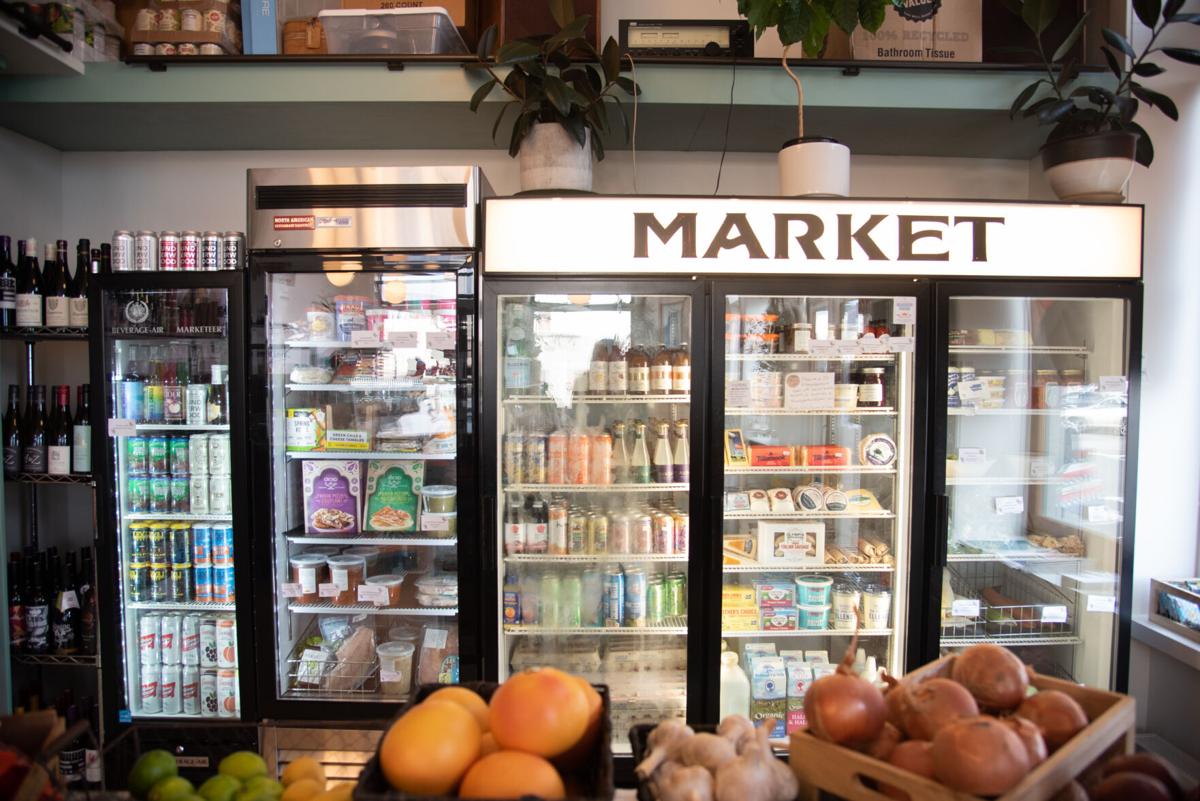 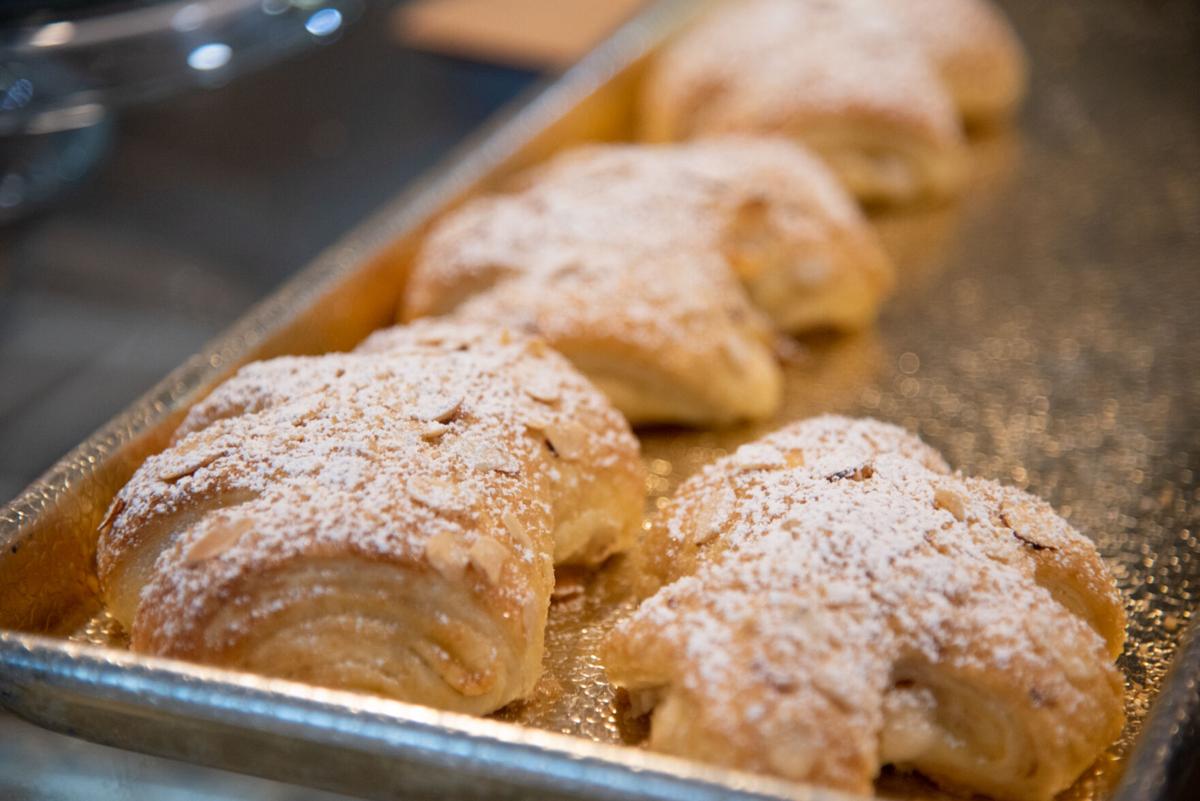 The Nest is popular for its almond bear claws. 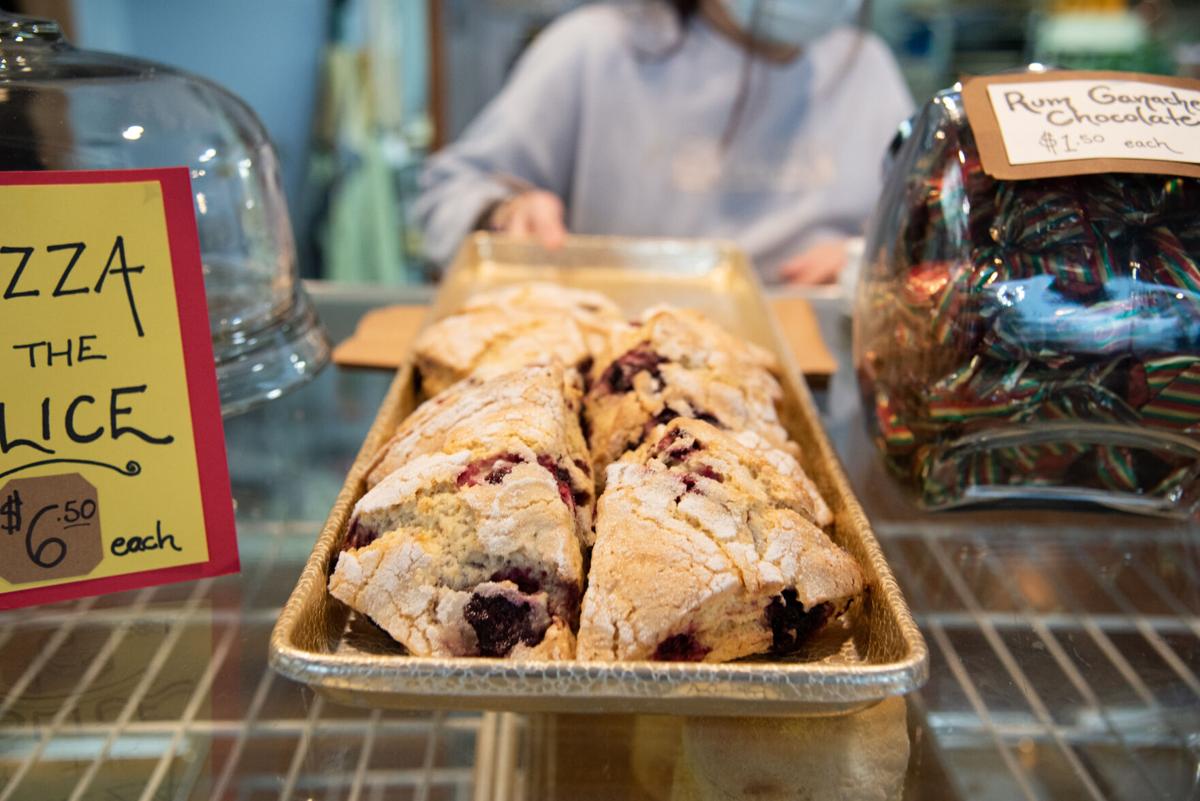 A worker pulls out a tray of marionberry scones at the Nest.

Since 2010, nearly a dozen bakeries and cafes selling freshly baked goods have popped up from Manzanita to Long Beach, Washington. Despite the coronavirus pandemic causing many restaurants and businesses to close their doors, several bakeries opened or expanded into new locations on the North Coast in 2020.

In Astoria, Gathered Bakeshop and Market began offering artistic cakes and hand-baked galettes in the old YMCA building. The Green Door Cafe started serving vegan cheesecakes and gluten-free brownies. The Naked Lemon moved to a more prime location in the Astor Building off of Commercial Street. Sadie and Josie’s Bakery opened its second location in Long Beach and Dough Dough Bakery opened The Nest in Warrenton.

Dough Dough Bakery in Seaside was among the few businesses along the North Coast to expand. Owners Alex and Jonathan Hoffman stumbled upon the bakery’s second location while house hunting.

“After having a quick chat we dismissed the idea as insane, as we already own a business, have a toddler and a second child on the way during a pandemic when so many businesses were closing their doors,” Alex said.

In June, the Hoffmans found themselves signing the papers for a small shop just down the street from the Sunset Beach State Recreation Site in Warrenton.

“We were excited to have the opportunity to try completely new recipes for this location and give it its own feeling,” Alex said.

In August, The Nest opened. They started serving delicate bear claws and duffins (a donut and muffin hybrid) alongside cups of coffee and pints of ice cream for beachgoers and locals.

The Hoffmans decided on calling it The Nest because it matches the theme of Dough Dough Bakery, which is a play off the extinct dodo bird.

“The name just made sense for us as not only is our logo a bird, but the nest is the home of the bird and this was now our home,” Alex said.

The Nest opened as a to-go only spot amid fluctuating coronavirus restrictions.

“Our business model is mostly pre-made for takeout only food, so making that switch was a natural transition for us,” Alex said.

When Sarah Woods and Andy Eddy found the recently-renovated YMCA building in Astoria was accepting commercial tenants, the pair jumped on the opportunity. They opened a bakery showcasing Sarah’s whimsical cakes, brown butter galettes and custard cups. They began putting together what would become Gathered Bakeshop and Market in January 2020.

Two months into renovations, the coronavirus pandemic struck. Restrictions were placed on all industries, but especially impacted the prosperity of the restaurant industry, making it a difficult time to open a restaurant, let alone a baked goods shop.

“We were already so invested in every way,” Sarah said. “We had already put so much time and effort into this space that the option of not going forward didn’t really feel like an option.”

The duo continued remodeling their shop through the first few months of the pandemic. They tiled the walls and built shelves with recycled materials. They installed ovens, refrigerators and bar seating for customers to enjoy Sarah’s treats.

In the other half of the store, they developed a small, locally-sourced market, spearheaded by Andy and his years of experience in the grocery industry. It features fresh, local produce and pantry items, like pints of sungold tomatoes in the summertime and bottles of pure, raw honey from Nehalem.

On July 3, Gathered Bakeshop and Market officially opened to the public. They had to close the following day. “Being open the first day was kind of a shock to our system,” Andy said.

Opening a new business can be complicated, even without the virus restrictions on restaurants. The pair initially hoped to run the shop as zero-waste as possible, with little to no single-use packaging and a focus on in-shop dining to reduce the need for to-go materials. The rules in place put a heavy focus on taking food to-go. Sarah and Andy turned around and had to buy basic materials, like cups and boxes, and reopened the store ready to send their pastries out into the community.

In a normal year, many restaurants — bakeries included — would rely on the influx of traffic from the Astoria Sunday Market or from vacationers looking to spend a weekend at the beach for extra income during the summer. The bakeries relied heavily on their regulars to keep their doors open over the past year.

The Hoffmans used to host pizza nights and do special celebrations at Dough Dough Bakery. With the pandemic shutting down events, they started pre-baking pizza to send out with customers to bake at home.

When Sarah and Eddy were imagining Gathered Bakeshop and Market, they dreamed for it to have a dine-in focus and to be a spot for after-dinner desserts.

“The roughest part for us is missing out on long conversations with regulars and newcomers alike who come in for a long chat and a snack,” Alex said.

Amid the ever-changing rules, community support was the only constant. Campaigns on Facebook and pages like Astoria Eats encouraged locals to order to-go food from restaurants. It served as a platform for the eateries to tell locals about deals and what they could serve.

“A lot of people go out of their way to only shop at local businesses,” Andy said. “You don’t find that in a lot of other small towns or bigger cities.”