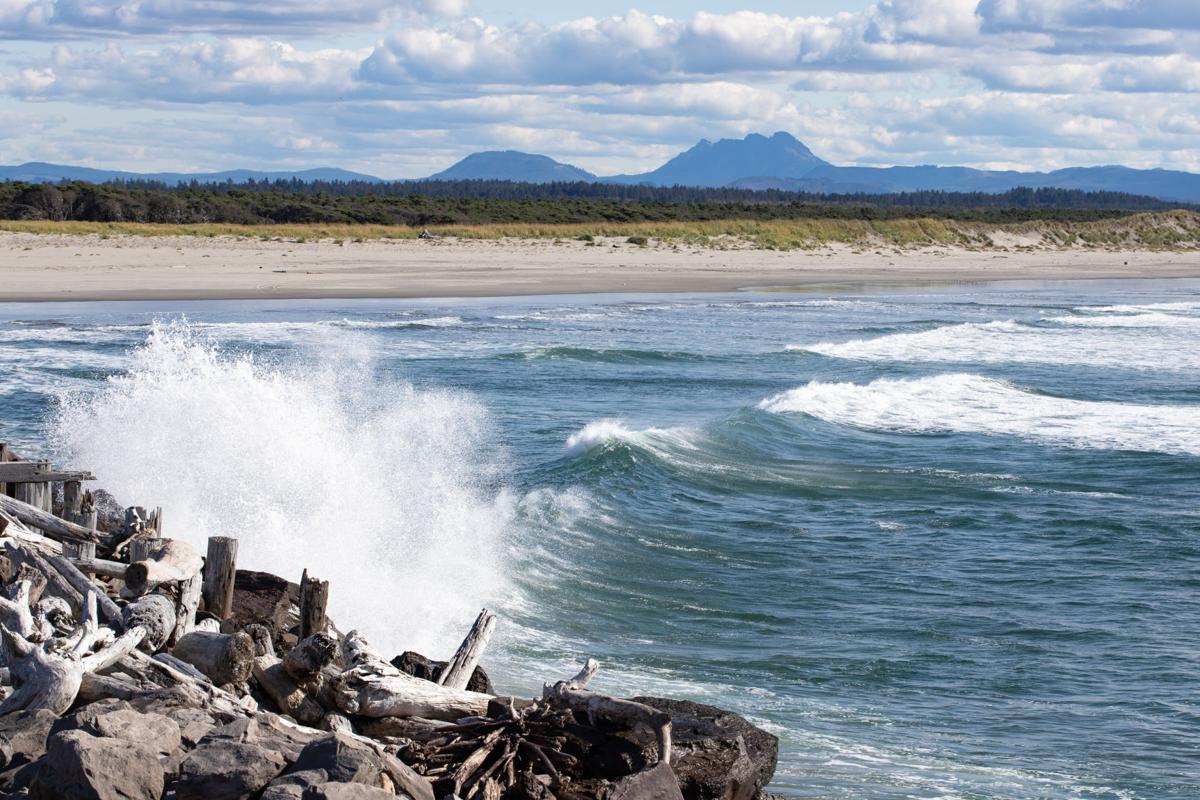 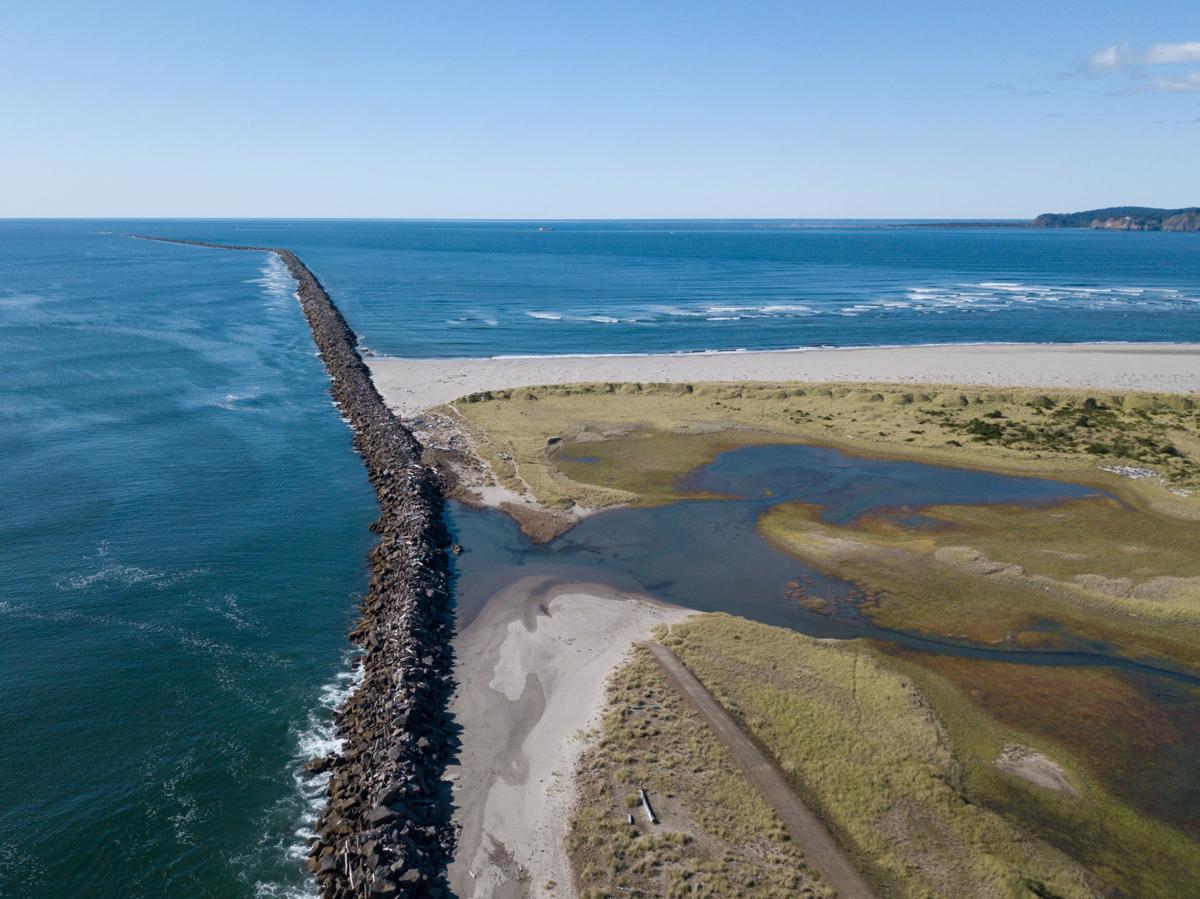 The South Jetty juts out into the mouth of the Columbia River from the northwestern tip of Fort Stevens State Park. 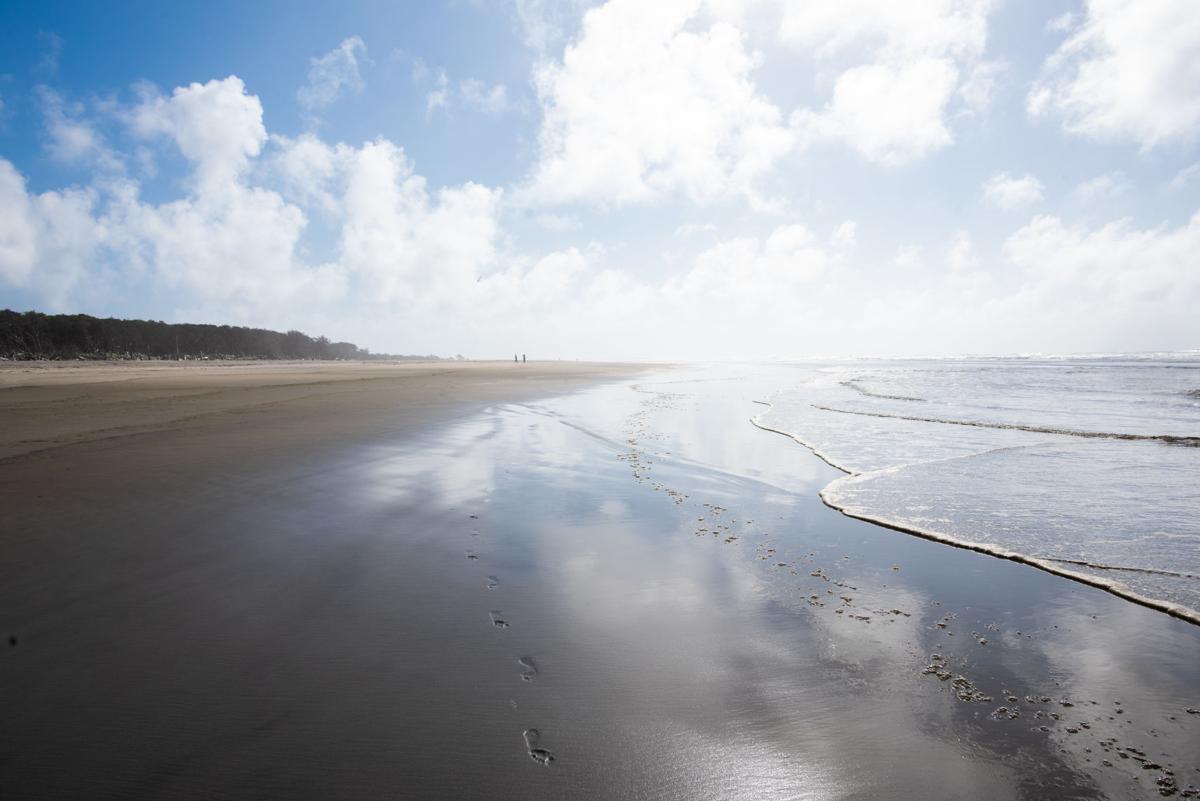 A deserted Benson Beach at Cape Disappointment State Park on a sunny day. 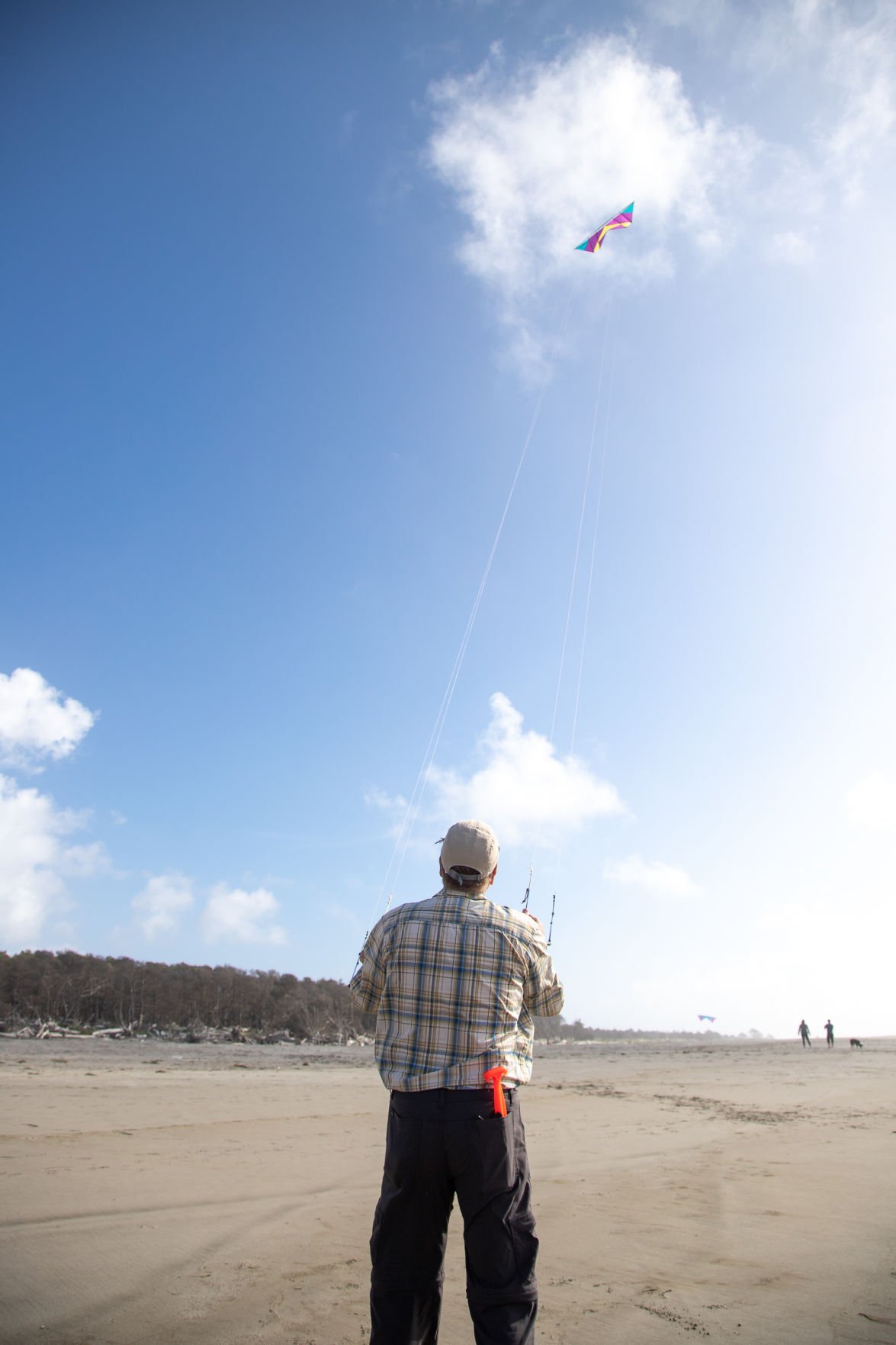 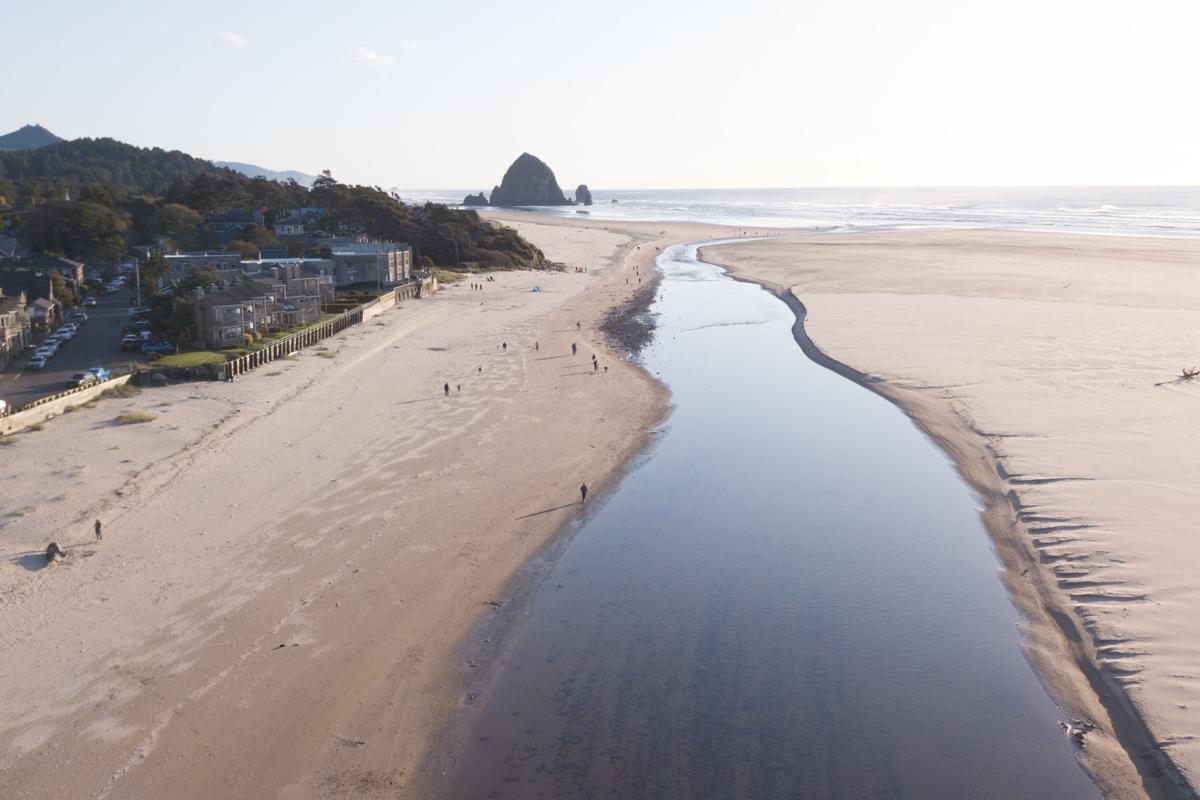 Ecola Creek carves its way through Cannon Beach and into the Pacific Ocean. 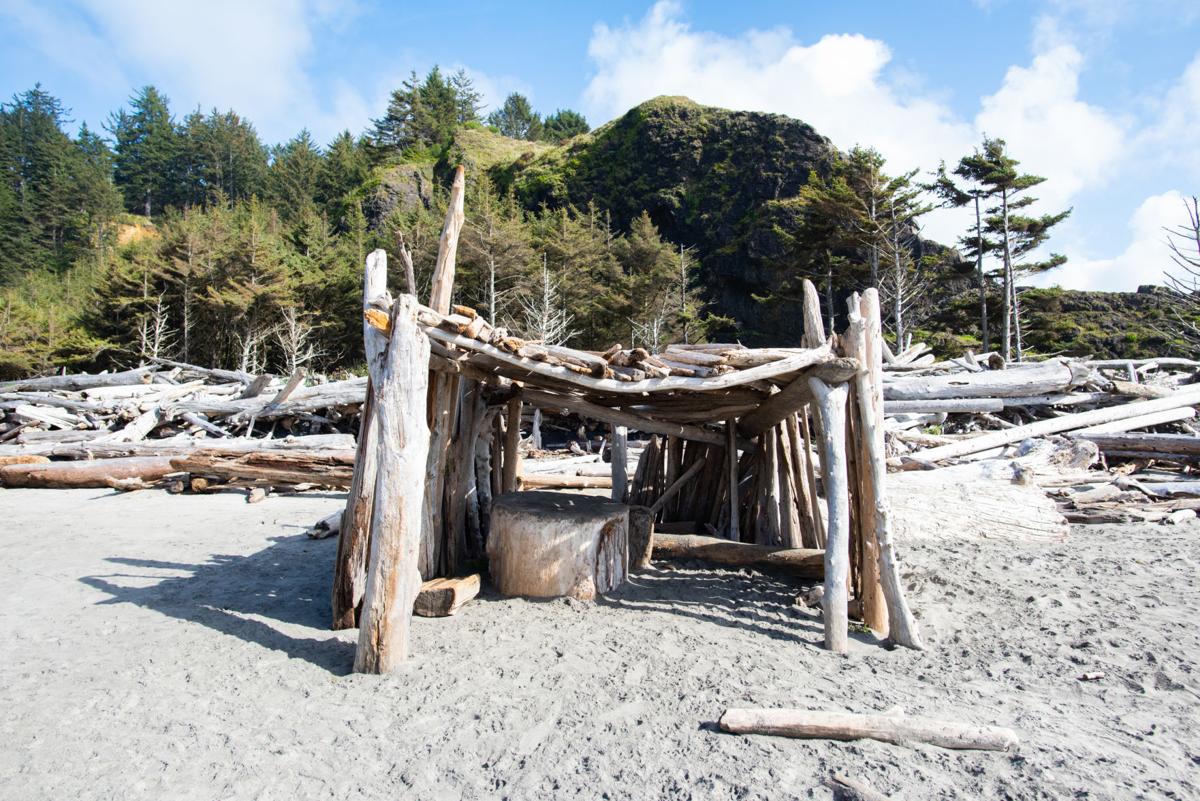 Many large driftwood logs, carried from the ocean, are deposited in Dead Man’s Hollow. 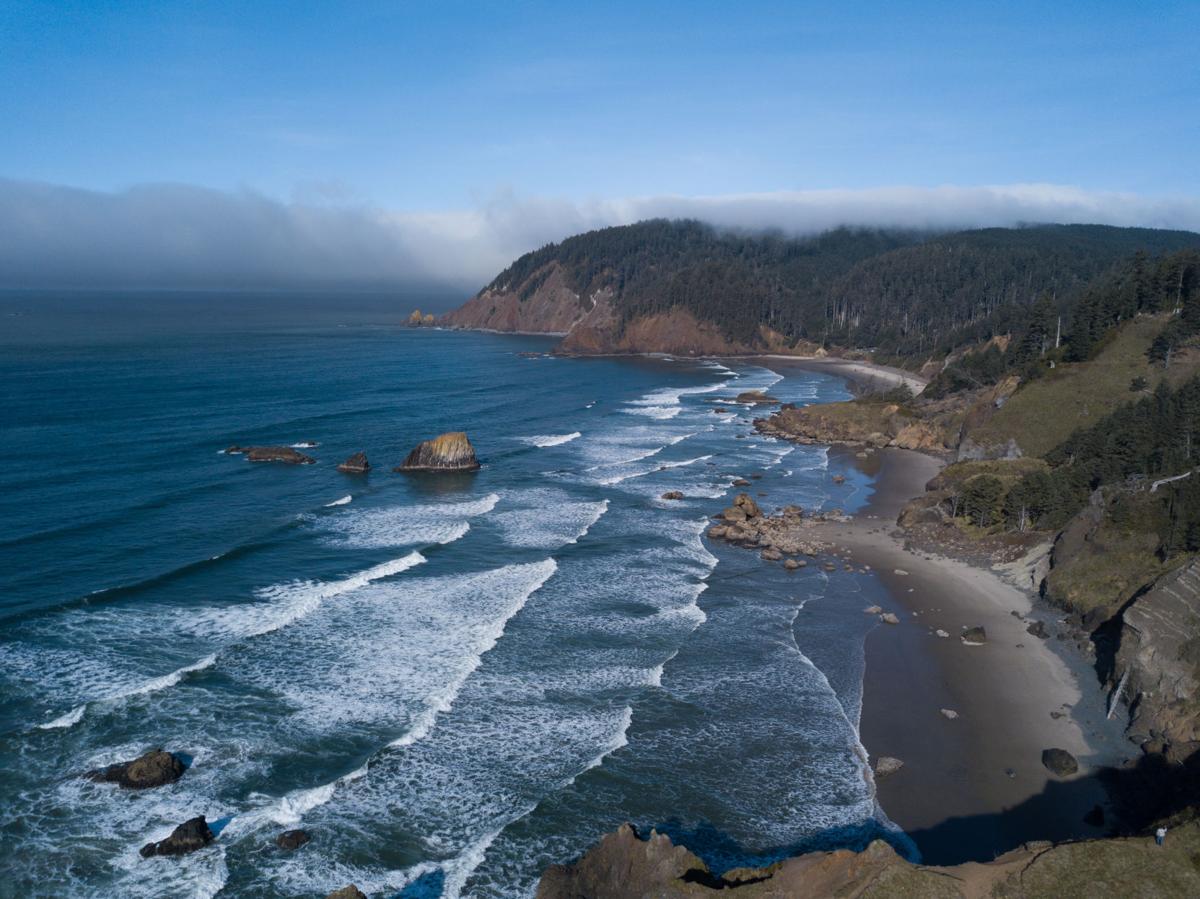 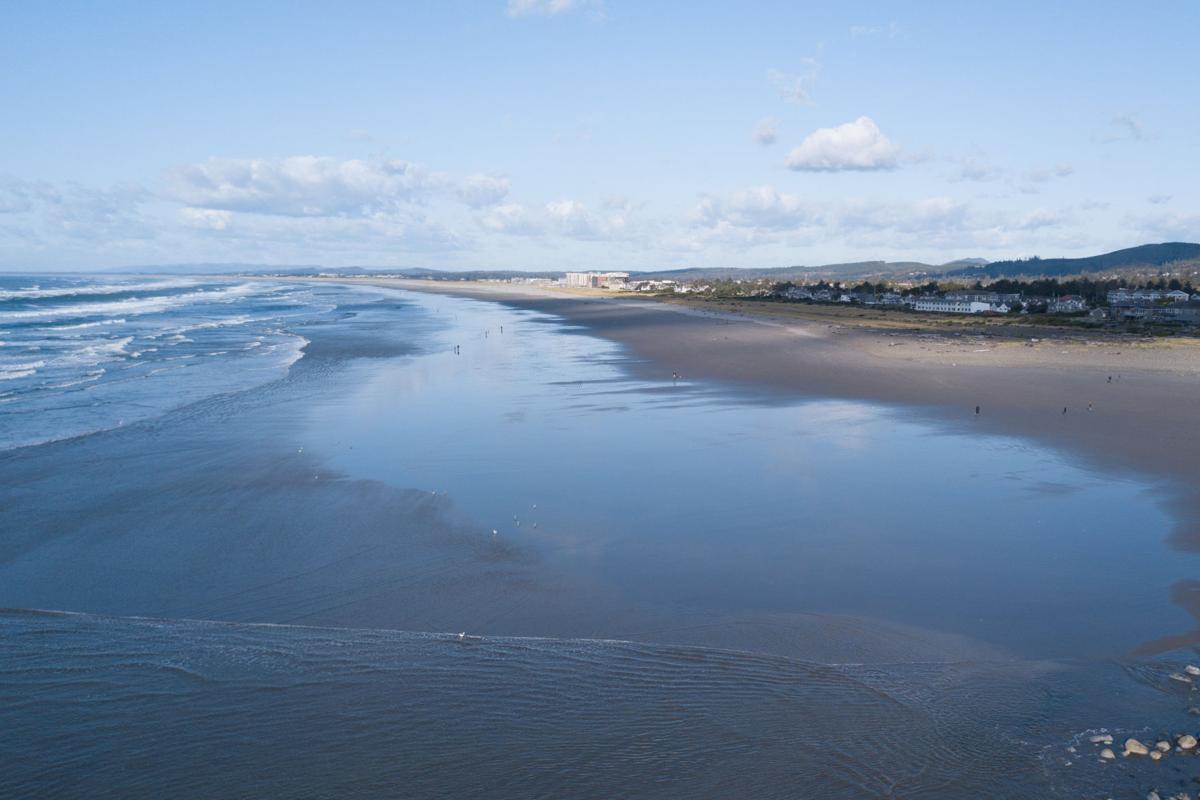 The water recedes, leaving a glassy reflection of the blue sky at the Cove in Seaside. 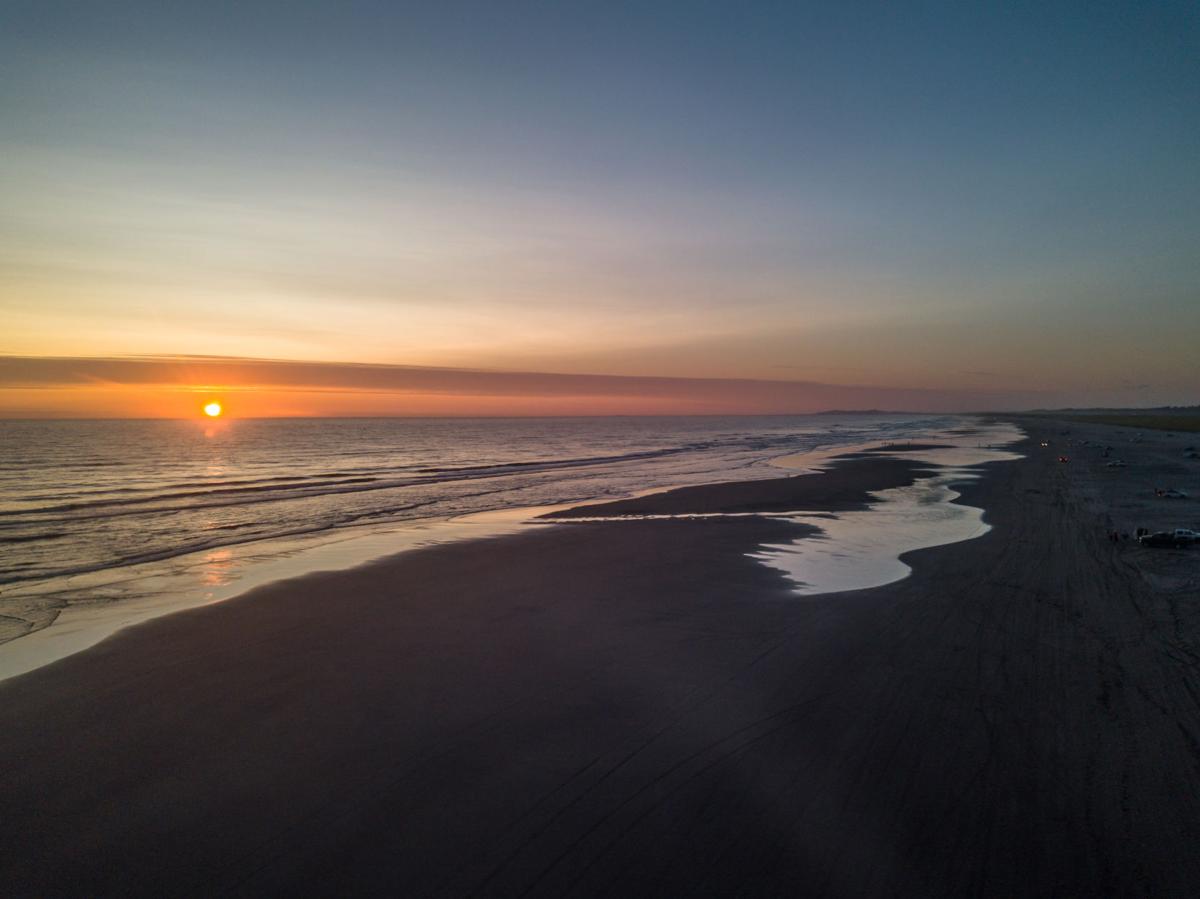 The sun sets on a quiet evening at Sunset Beach.

The South Jetty juts out into the mouth of the Columbia River from the northwestern tip of Fort Stevens State Park.

A deserted Benson Beach at Cape Disappointment State Park on a sunny day.

Ecola Creek carves its way through Cannon Beach and into the Pacific Ocean.

Many large driftwood logs, carried from the ocean, are deposited in Dead Man’s Hollow.

The water recedes, leaving a glassy reflection of the blue sky at the Cove in Seaside.

The sun sets on a quiet evening at Sunset Beach.

Moods, colors and sunset hues: cranberry, amber and cerulean — dusk on the Columbia-Pacific beaches, the most sublime of experiences — rock the soul.

And the softness of dawn, a bleed of quicksilver, pewter and periwinkle gray. And beaches, miles and miles of sandy beaches.

Here, at the mouth of the Columbia River, big water spawns like migrating salmon, rolling both north and south as the wide river floods into the Pacific Ocean, spilling, eroding and building again.

Here is an endless display of might and aqueous grace, and eons of natural evolution: boulders, long ago broken and pummeled and finally reduced to shiny, sandy grains. And then, all this scattered by the firm westerly winds and ebbing tides.

My favorite beach is a deserted beach. They remain rare in our 21st century world amid boardwalks, Staten Island-like beaches and the French Riviera’s fashion show known as the Cote d’Azur. Each location is overwhelmed by hundreds of thousands of tourists every year.

Here, on the northern edge of the West Coast, the Long Beach Peninsula is 28 miles long and little more than a modified sand dune with several villages built on top like a flowery garnish.

The beaches in Clatsop County extend and radiate much the same way. Sunset Beach and Ecola State Park remain favorites to a great degree. The lovely beaches nestled on the ocean side of the South Jetty at Fort Stevens State Park are equally alluring, and significantly less traveled. Effluents from the Columbia River shaped these sandy marvels, but two jetties define the river mouth. Both of the huge stone structures are long, rugged and majestic.

The sands at Long Beach are well traveled and known for superb clam digging, beachcombing and the annual Washington State International Kite Festival. So is the popularity of the Clatsop beaches, particularly in Seaside and Cannon Beach. But buried behind the long rock jetties on opposite sides of the river mouth is an ever-present opportunity to explore the sandy shores in relative solitary peace.

At Cape Disappointment State Park just out of Ilwaco, Washington, are two jewels. One is a small beach filled with driftwood that snuggles inauspiciously under one of the most scenic lighthouses in the country. That is Cape Disappointment, and the beach is called Waikiki Beach, a name allocation harkening back to the days of the sailing ships, many of which floundered on the shallow bars at the mouth of the river. Two Hawaiians drowned here, and their bodies were ordained in both name and legend into this ancient territory.

Storms etch and sting Benson Beach at the end of North Jetty Road. The ocean here is notorious for wild, unpredictable currents and waves that blast the malleable winter shores. The beach is long and hedged in by the southern jetty and the tall volcanic cliffs that once lifted North Head high above the ocean; a photographer’s dream.

North Head Lighthouse sits above all this splendor, a beacon to the sea-going ships and an inspiration to visitors. From the overlook, whales swim by. Pelicans glide just above the white-hatted combers, hugging the wavetops as they fly effortlessly on brisk summer winds that curl out of the southwest. Seabirds litter the soft gray sands below, or weave back and forth through the surf line, as agile as the tempestuous clouds that scud the skies with furtive movements.

At the north end of the beach, in a location known today as Dead Man’s Hollow, one can picnic, nap or meditate to the sound of tumbling ocean combers. We all play seasonal favorites: winter gray; spring greening up; summertime, a love affair with bluebird days and gentle flooding tides; and a favorite, the sublime Indian summers that rally during early fall with hot clear days and cerulean skies.

Sea lions surf while offering effrontery. A pair of eagles hovers over the beach, hungry for prey. And all that ocean music remains hard to define, but certainly enriches the senses, a water symphony imploring us to unravel the secrets of following seas and pristine beaches.

Bring a good camera and a picnic lunch. Choose your beverage carefully. The Columbia-Pacific region claims bragging rights on more than a handful of micro-breweries and their reputations are exceptional. All that is required here is a simple plan of engagement: an afternoon by the ocean.

Visiting shore sides in the morning is blessing because you can enjoy the cool breeze and the chirping of the birds. I am thinking to hire a lab report writer to complete my assignment on time so that I could enjoy more places like this. I never miss any morning going to the seashore to enjoy the dawn of the day.