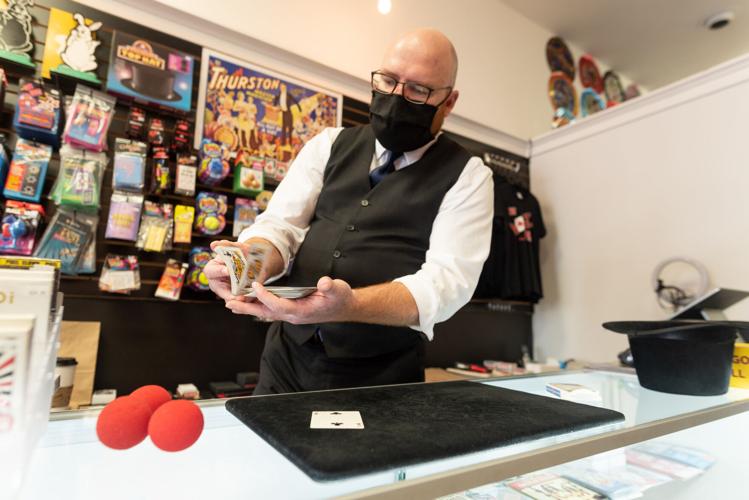 Seth Howard, magician and owner of The Magic Shop & More in Astoria, shares a card trick. 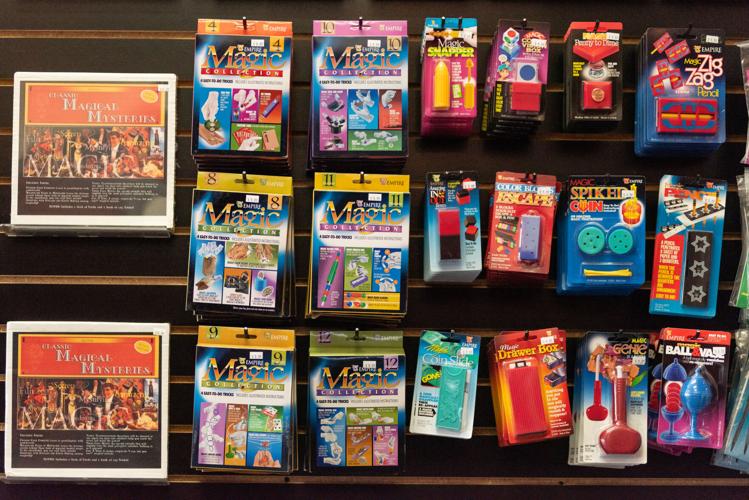 Magic trick props for sale hang on a display wall in The Magic Shop & More in Astoria. 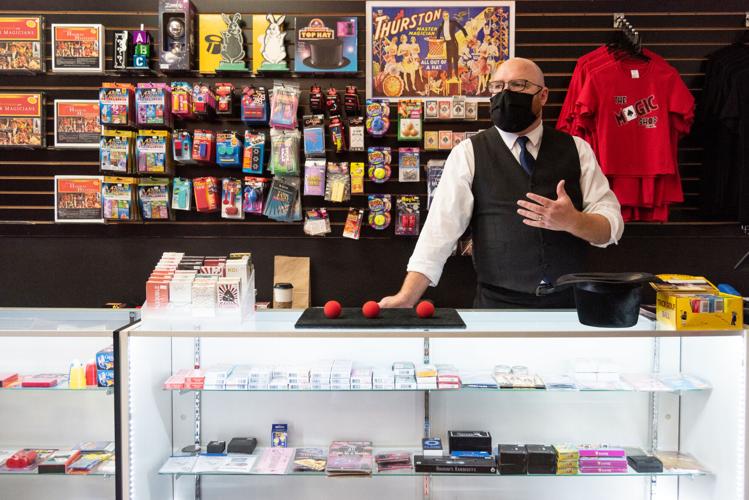 Seth Howard, magician and owner of The Magic Shop & More in Astoria, stands at the store counter.

The Magic Shop & More will soon celebrate its first anniversary on Commercial Street in downtown Astoria.

The spacious store features magic inventory, gag gifts, books and party supplies. Yet the owner, Seth Howard, said “this is not real magic. The real magic is the responses you get from people, that sense of wonder and amazement — that's the magic.”

Howard has been doing magic since he was 12 in Deerfield, Kansas. A seventh grade teacher showed him a card trick and eventually taught him how to do it. Howard then learned tricks from books, watching David Copperfield, Penn and Teller and other specials — and lots of practice.

When he moved to Oregon, he managed a magic store in Portland and soon began performing on the side while managing major second-hand retail stores in the metro area. In 2014, he continued his magic performing career on the North Coast, including at the last live Fort George Brewery Festival of Dark Arts, in 2019, where his escape from a straitjacket drew raucous applause from stout lovers.

For Howard, opening a magic shop in Astoria last May was, as he puts it, “the next event.” Delayed as it was by the pandemic, he added, “it’s been wonderful ever since.”

Howard’s store is one of the few remaining magic shops in Oregon. He credits his retail experience to his business acumen. “It’s a labor of love but it’s the easiest job in the world,” he said.

Howard continues to perform a range of repertoires at restaurants, bars, weddings, parties, corporate events, the Astoria Sunday Market — and at the shop where he’ll do tricks for customers at the counter, opposite a large television set looping famous magic shows performed by his magician idols. He tailors the lineup of tricks to the occasion, audience and venue. Regardless of where, when and why, Howard said, “people have an innate love of magic. It's that sense of wonder I remember as a kid.”

In addition to performing and selling supplies, Howard wants people to get involved in the world of magic. In January he launched magic courses for kids. Classes take place at the shop and are limited to six students to ensure more one-on-one time. Older kids, 12 and over, get to learn more complicated tricks, including with cards; younger kids, who have less dexterity, learn tricks they can do with everyday household objects like rubber bands or a newspaper.

The best advice Howard has for kids is to avoid learning magic tricks from videos. Having learned his craft from books, he says that’s where the best magic tricks are. Some of the bestselling and most helpful magic books are available at the shop.

The “& More” part of the store is in the back room, which serves as a showcase for party supplies like balloons and party favors. And an upstairs space will soon be fashioned into a year-round seance room.

More than anything, Howard aims to entertain. “My goal is, I want you to laugh and just have a good time,” he said. “You know, we're all in this together.”