You are the owner of this article.
Edit Article Add New Article
You have permission to edit this article.
Edit
Area Guide
Calendar
Coast Weekend
Our Coast Magazine
Weather
Multimedia
Newsletters
Share This
1 of 3 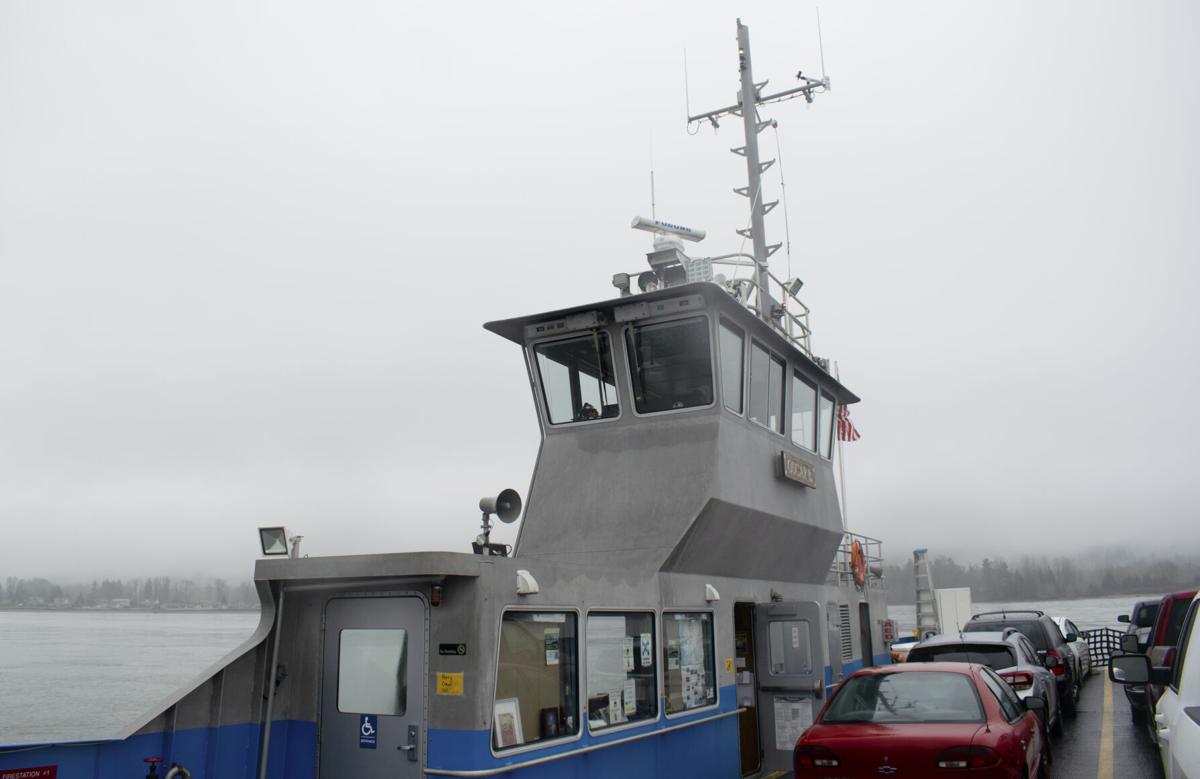 The ferry service started in 1925 and is the last operating ferry in the Lower Columbia River. 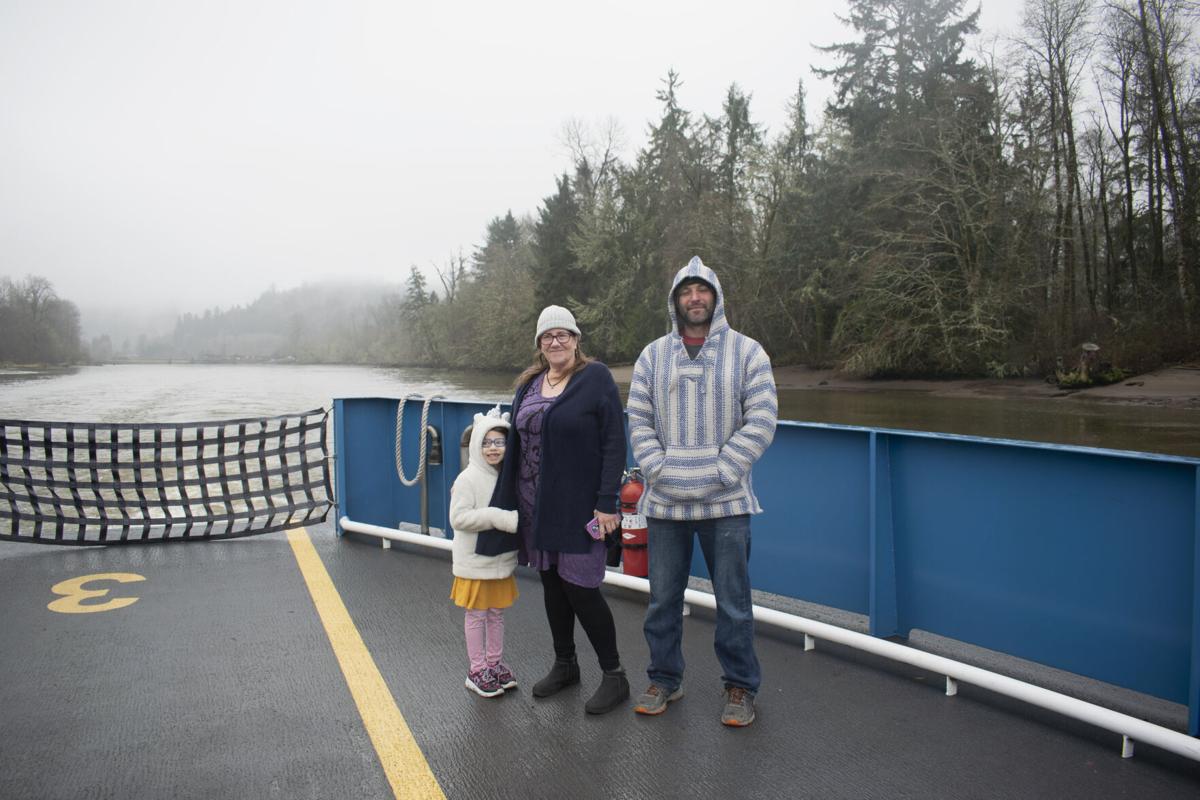 From left, Bella Smith, Renee Smith and John Bodaly took the ferry just for fun on a Sunday afternoon in February. 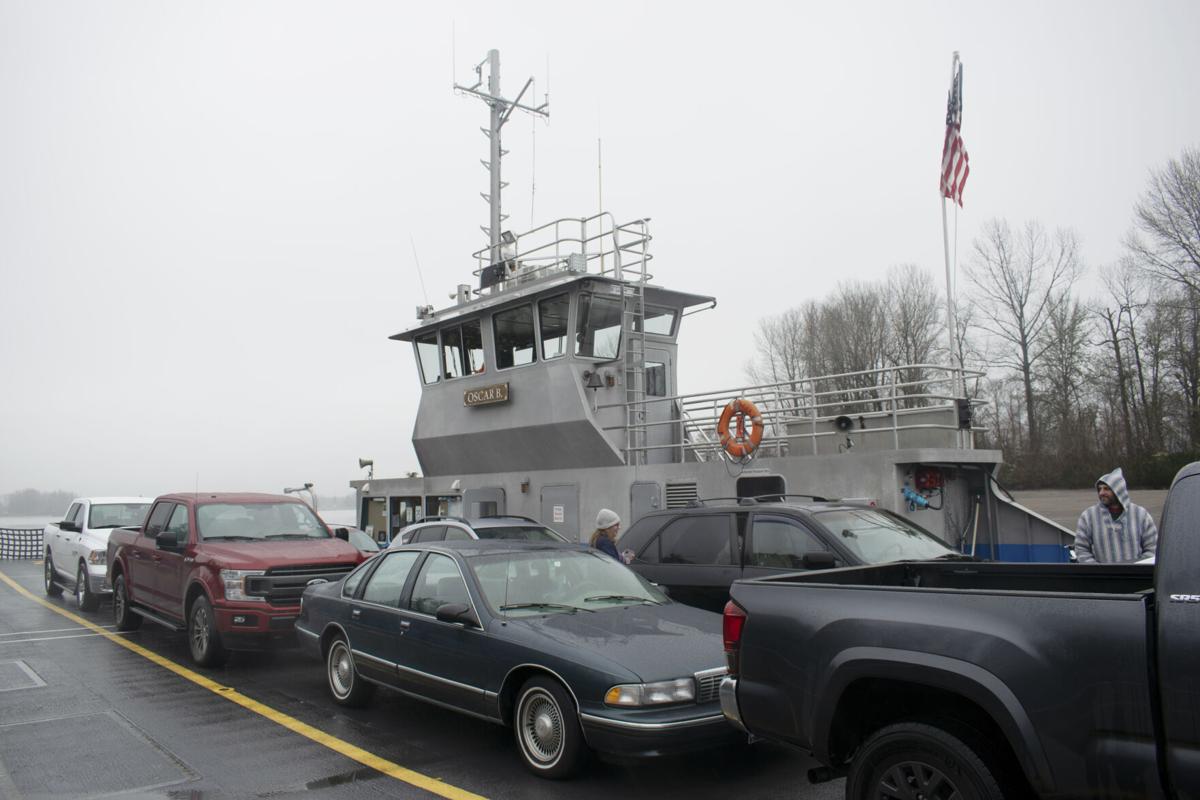 The Ferry Oscar B. takes passengers across the Columbia River in February.

Drivers, pedestrians and cyclists can all take in scenic views while riding on the last operating ferry on the lower Columbia River.

The Oscar B., run by Wahkiakum County, transports people every day between 5 a.m. and 10:15 p.m., departing from Puget Island, Washington, on the hour and from Westport on the quarter hour, every hour.

The ferry service began in 1925. The Oscar B. is named after Oscar Bergseng, the full-time skipper of the ferry service for 17 years starting in 1948. He helped Wahkiakum County take on the ferry operation in 1962 and continued as manager until he died in 1985.

On a drizzly Sunday afternoon earlier this year, several cars drove onto the boat from the Westport dock. Once the ferry began chugging through the water, John Bodaly, Renee Smith and her grandchild, Bella Smith, got out of their car to check out the scenery.

Renee Smith added that they came just for the ferry ride so they could be on the river, see the views and surrounding tree-covered hills on either side.

“I bring all my grandkids to go on the ferry,” she said.

Muriel and Greg Prestegard were taking the ferry back home to Puget Island after a weekend trip to the Oregon Coast. The two take the ferry a couple times each month and said they prefer it over driving on the Washington state side of the river to get to Astoria.

“It’s more convenient,” added Greg Prestegard, who has lived on Puget Island and taken the ferry all his life. “It’s a nice, relaxing ride.”