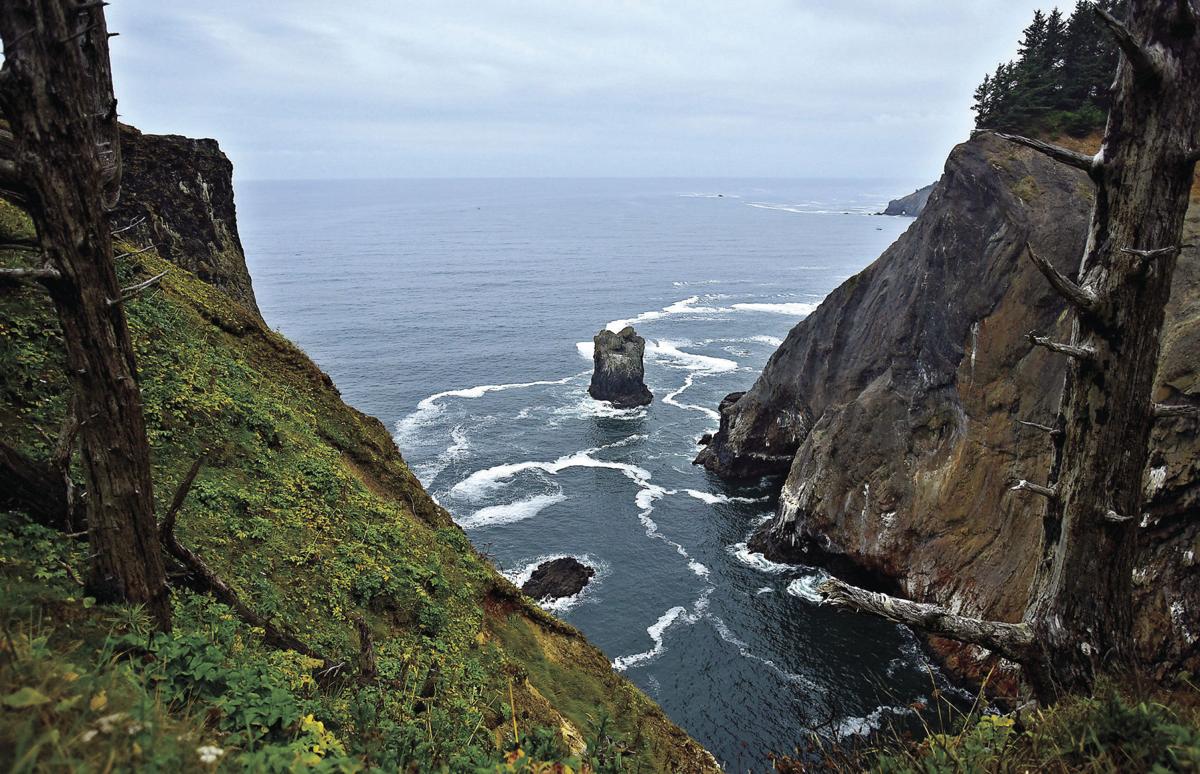 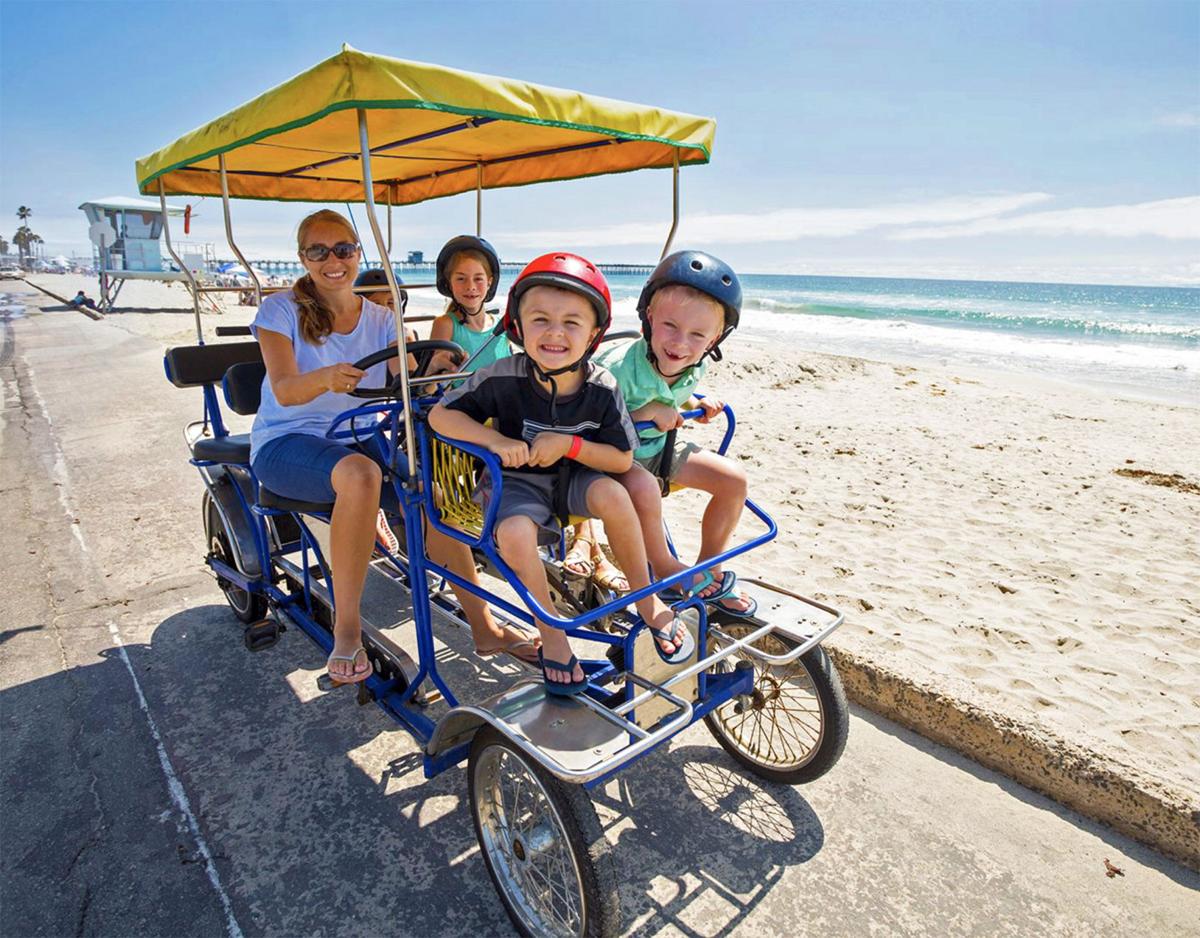 Wheel Fun Rentals in Seaside offers a wide variety of options for getting around, including the four-wheel multi-passenger Surrey cycle. 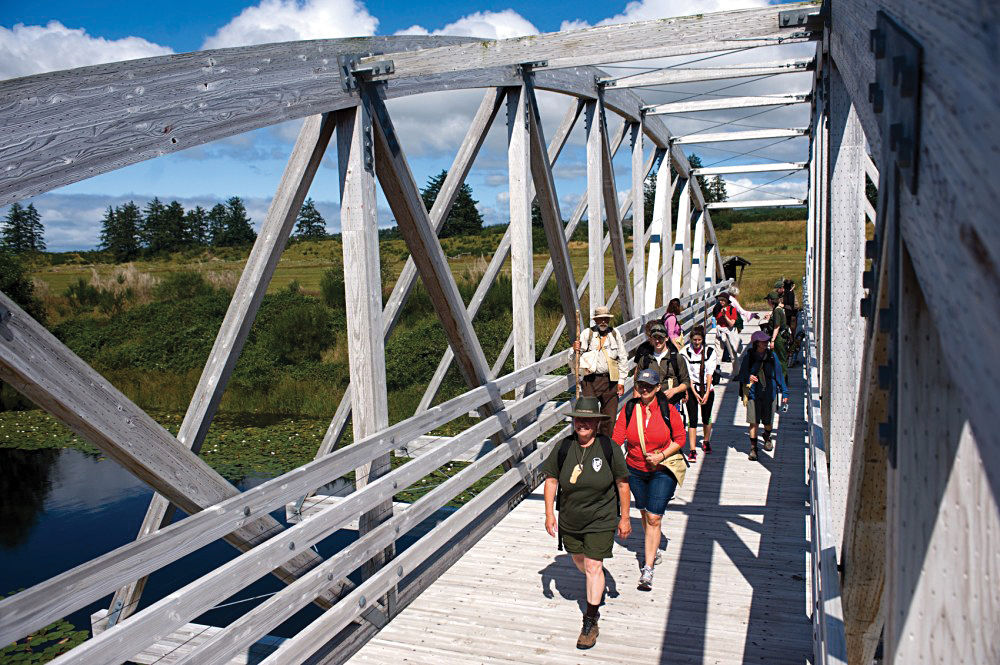 The Fort to Sea Trail. 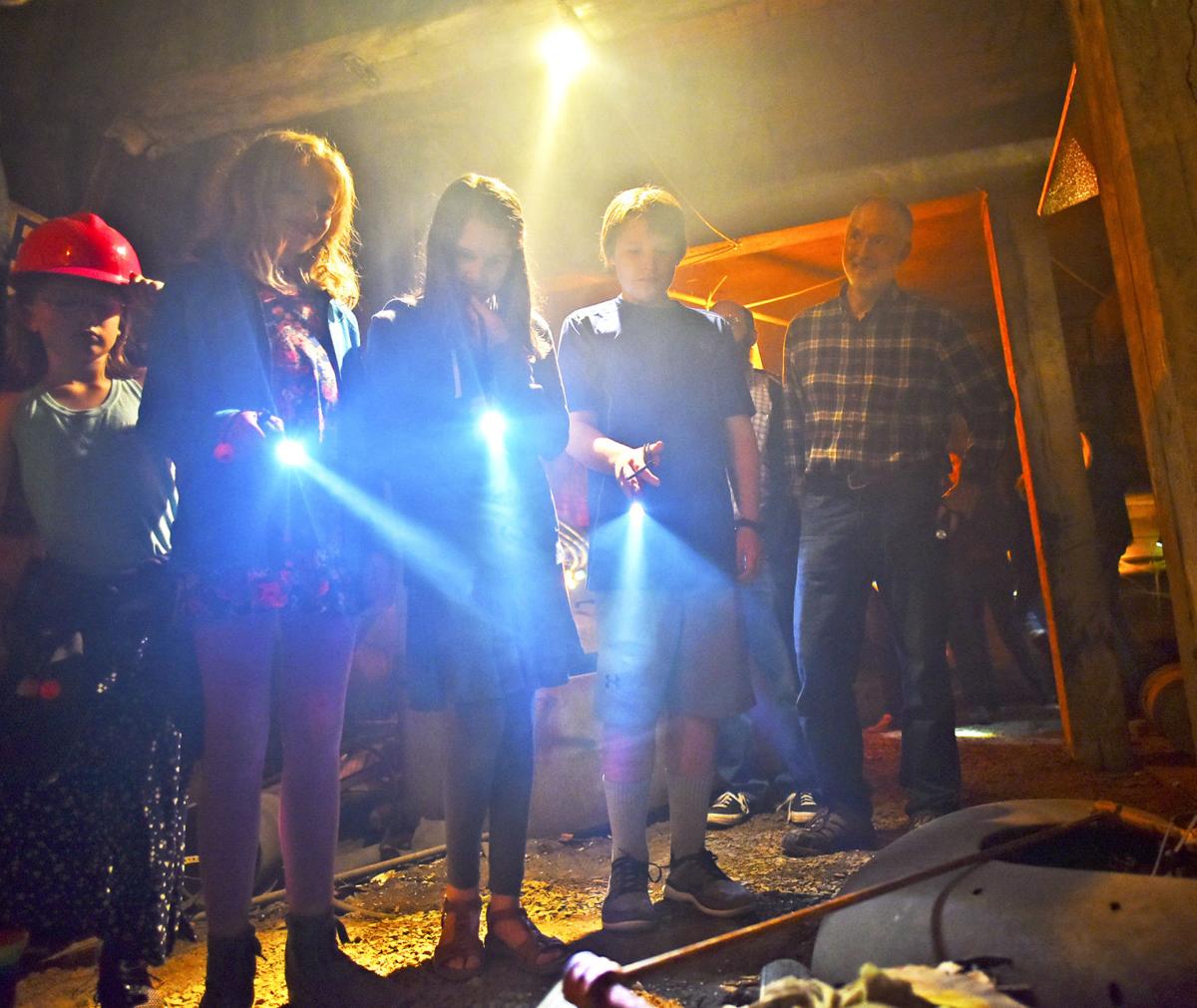 Visitors take a guided tour of the Astoria Underground.

Miles of trails begin at the park, and you could spend days traversing them with hikes to Cape Falcon, Neah-Kah-Nie Mountain and the popular surfing spot Short Sand Beach. There’s even a stretch of the Oregon Coast Trail that winds its way through the park.

But the park is so much more than a destination or a snapshot posted to social media. It’s a living, breathing history lesson, named for the Oregon governor who began the crusade to keep Oregon’s beaches public in perpetuity. Part of that history forever overlooks Short Sand Beach, a memorial to Associated Press writer Matt Kramer, whose articles helped put a finishing stamp on the work Oswald West began.

The park is also the gateway to Cape Falcon Marine Reserve, which lies just off the shores of Short Sand Beach and extends about two miles out into the Pacific. The second largest of Oregon’s five marine reserves, it encompasses more than 12 miles of ocean habitats and another eight miles of two marine protected areas.

Most of all, Oswald West State Park is a feeling. It’s a retreat into a cleaner, greener place. Just off the highway, you feel instantly removed from the world the moment you are surrounded by the protective stands of old growth that ring the trails.

Like all Oregon Coast jewels, Oswald West needs our consideration. In 2017, the park welcomed 1.7 million visitors, bringing wear-and-tear with so many happy feet.

When visiting, walk softly, talk softly and, above all, leave no trace. That way, we can ensure Oswald West will remain a shining jewel for generations to come.

When it comes to exploring the coastal town of Seaside, it is common to walk, bike or drive. Year-round, however, another type of vehicle can be spotted coasting along the streets, particularly in downtown Seaside.

Colorful surreys bearing one, two or three rows of seats are one of several products rented out by Wheel Funs Rentals, and the most popular for travel by land, owners Denise and Patrick Duhachek said.

Families are drawn to the surreys because they can accommodate several people at a time, making them a fitting group activity. The other most popular item in their inventory is the fleet of waterborne pedal boats in the shape of giant swans. They are harbored at the Quatat Marine Park, ready and waiting to be used on the scenic Necanicum River between the First Avenue and Avenue G bridges. If they are taken beyond those points, the tides and wind can make the return journey difficult.

Along with Wheel Fun Rentals’ other water vehicles, such as stand-up paddle boards, water trikes and kayaks, the swans are regularly available from Spring Break through Labor Day, and then only on weekends until they are retired for the winter in mid-October. If tourists want to travel the Promenade, the approximately 1.5-mile boardwalk along the beach, they opt for bikes since surreys are not permitted. For beach outings, Wheel Fun Rentals offers fat tire bikes, boogie boards, beach wagons and beach wheelchairs.

Since the Duhacheks purchased the business from Denise’s father Jim Rogers in 2013, they have expanded the inventory, but the company’s goal has long been to serve as a family attraction, where several generations can join in traversing Seaside at a leisurely pace, pedaling a surrey down Broadway Street or taking to the river in a large swan. Wheel Fun Rentals also attracts businesses and organizations that rent items or go on a tour for field trips, corporate team-building activities and other group outings.

Wheel Fun Rentals has three locations: 407 S. Holladay Drive, 21 N. Columbia St., and 153 Avenue A, and the watercraft are available at Quatat Park near the Seaside Civic & Convention Center.

The 6.5-mile (13.5 mile down and back) Fort to Sea Trail from Fort Clatsop to Sunset Beach is an unsung gem of breathtaking beauty on the North Oregon Coast. The unbeatable views are more than worth the trek that Lewis and Clark once made during the winter of 1805-06.

A sense of adventure is all around as you journey through vast swaths of Sitka spruce, over streams and ferns and open fields, before arriving at the golden grass leading to the beach.

The trail starts in a lightly wooded section that begins to incline before flattening at the Clatsop Ridge Overlook, giving hikers a view of the Pacific Ocean. You are then led through a zig-zag that descends to the base of the forest. You’ll cross bridges that go over calm streams that sing different songs: light, pulsing and rushing.

The trail continues along a narrowing path carved into the side of the mountain that inclines and declines before flattening and going under U.S. Highway 101, which connects the woods to the sea. Be sure to turn around to marvel at the woods you just trudged through.

The trail's second half runs along a wooden fence that takes you through open fields of birds, geese and cows, while elk stand perched on ridges and ducks swim in the lake. You’ll also hear shooting practice at nearby Camp Rilea and see golfers as you cross a bridge that presents views of the Astoria Golf and Country Club.

The last leg takes you through a thicket of beach trees that looks as if a giant walked over them — many were toppled during the Great Coastal Gale of 2007 — before taking you through sand and beach grass to the stunning, relieving views of the Pacific Ocean.

There is no shortage of things to see and do above ground on the Oregon Coast. But what about below ground? That is where the Astoria Underground Tour comes in, sharing the history and mystery of part of the abandoned tunnel system beneath the streets of Astoria.

Safely escorted through a rehabilitated section of the tunnels by guides Chad Gallup and Jeff Daly, the tour provides guests with a glimpse into the history of Astoria and the people who occupied this subterranean maze.

The tour features artifacts and fully restored rooms where people used to live. Add in a little smoke and colorful lights and you have an experience unlike any other in the region. The tours will thrill young and old with plenty of cultural import for the history buffs and a few surprises for young visitors. There are a few spots where you might have to duck your head enroute to discovery, but the tour is largely accessible to almost all explorers.

The tour, which takes about 45 minutes, is complete with historical accounts of the origin and purpose of the tunnels and the role the system played in shaping Astoria. And while most of the tunnels are closed off to the public, proprietor Daly has painstakingly recreated a small section of the original tunnels enhanced with visual effects to provide a unique perspective into a place not often seen and, until recently, largely forgotten.