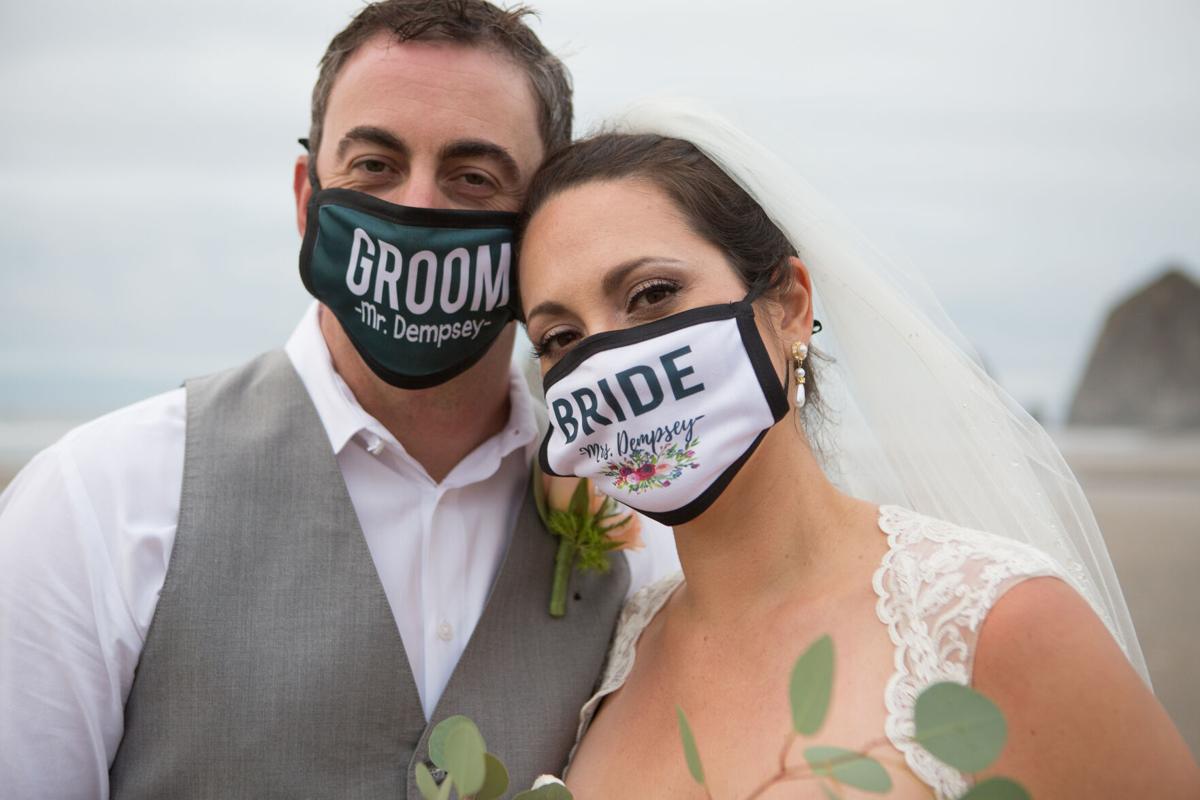 Ryan and Sarah Dempsey pose with their wedding masks. 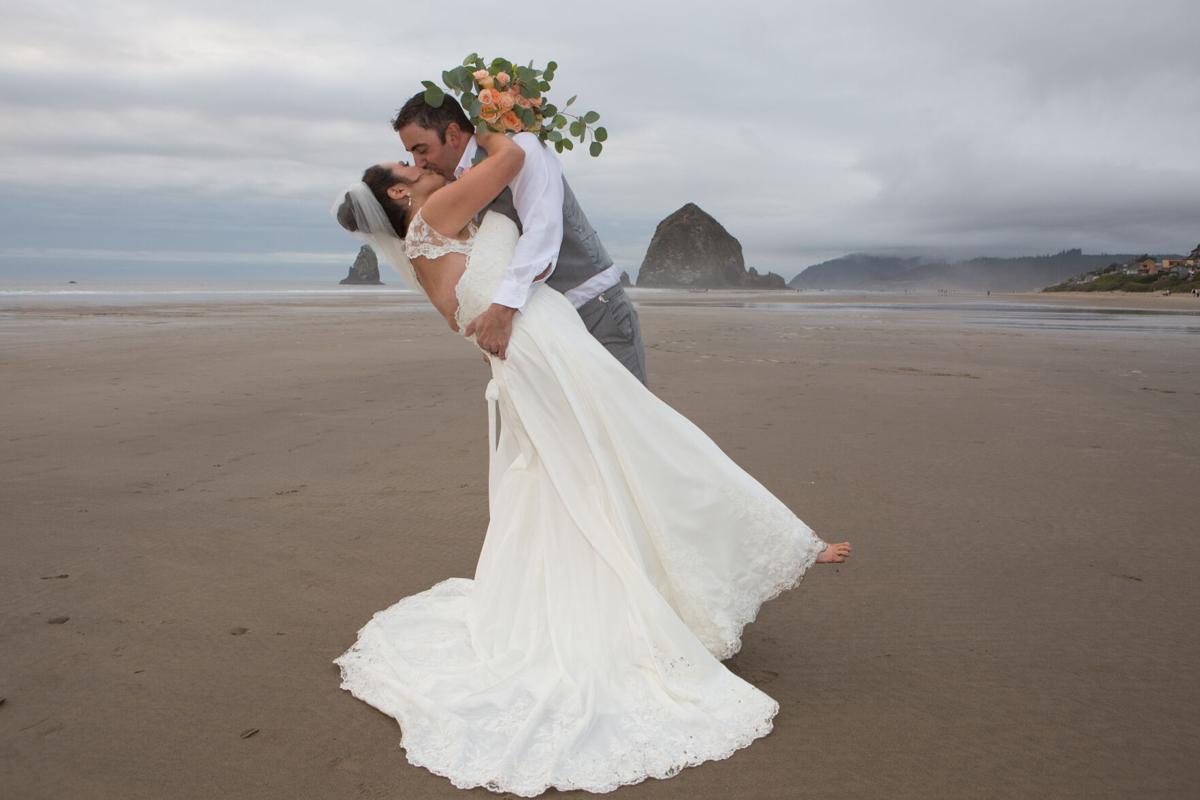 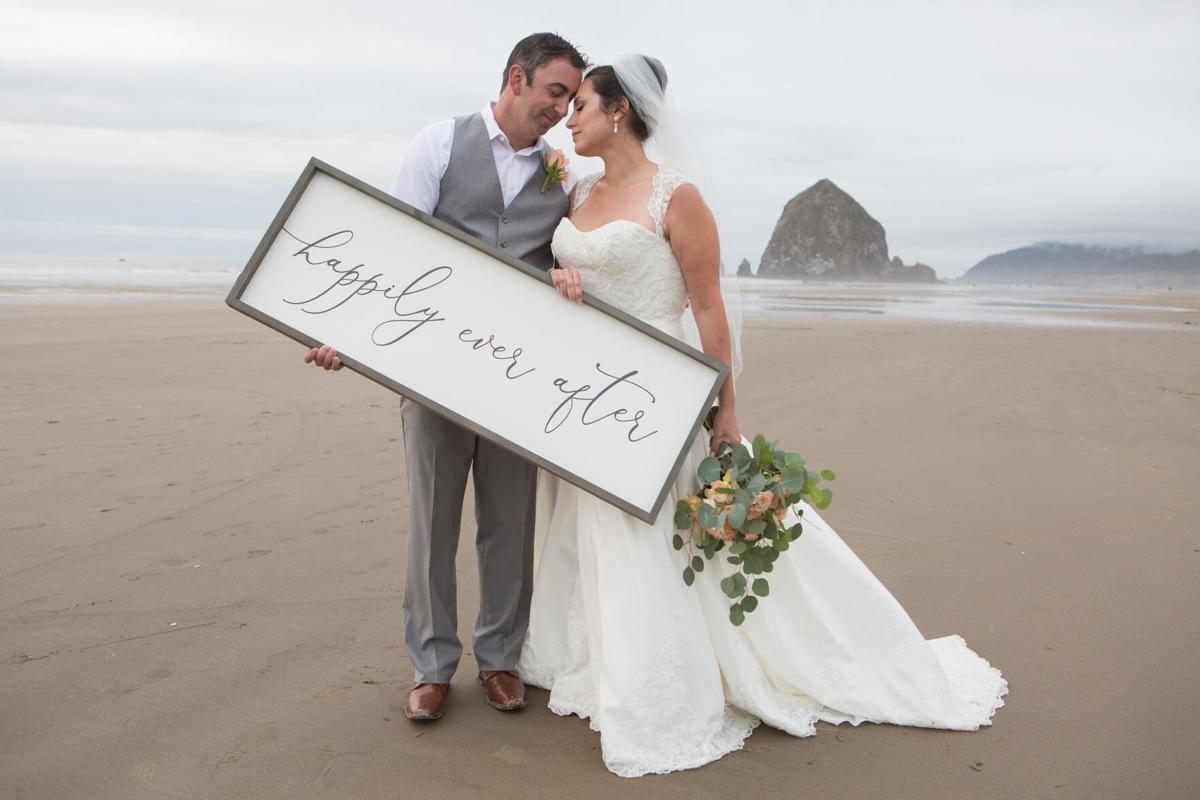 Ryan and Sarah Dempsey embrace behind a sign that reads 'happily ever after.' 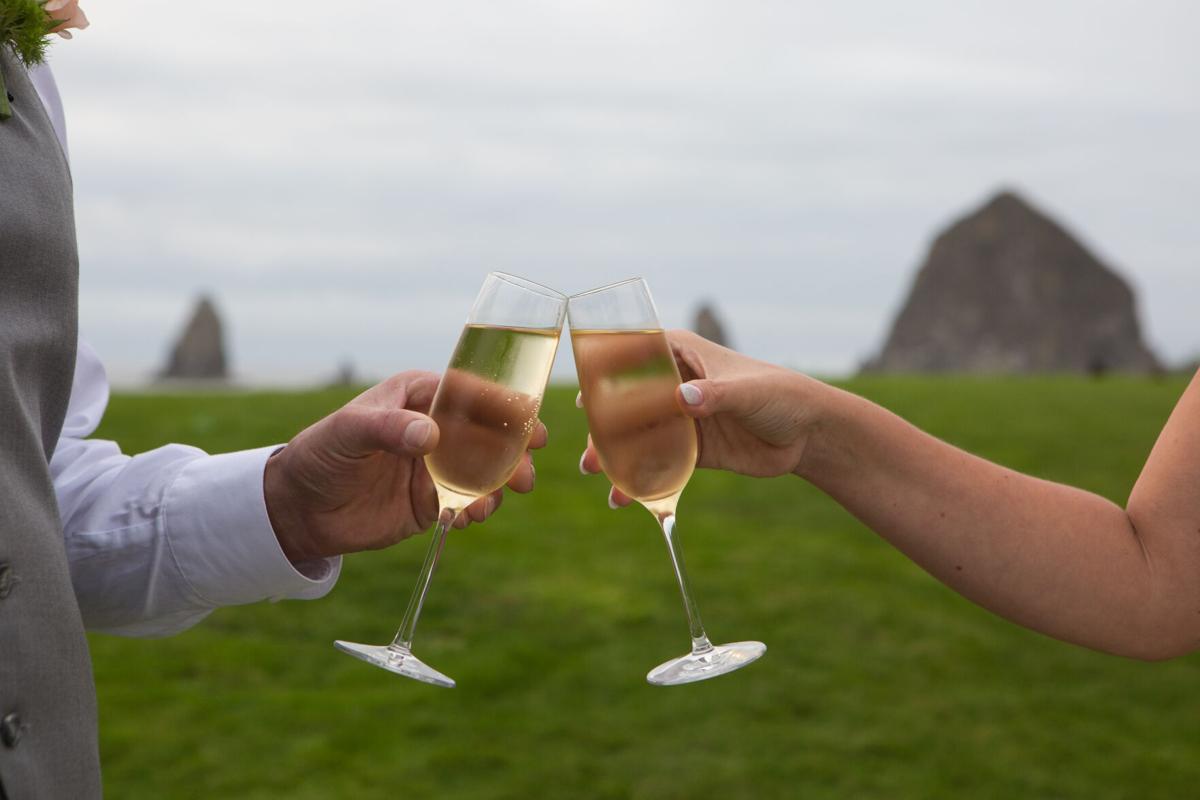 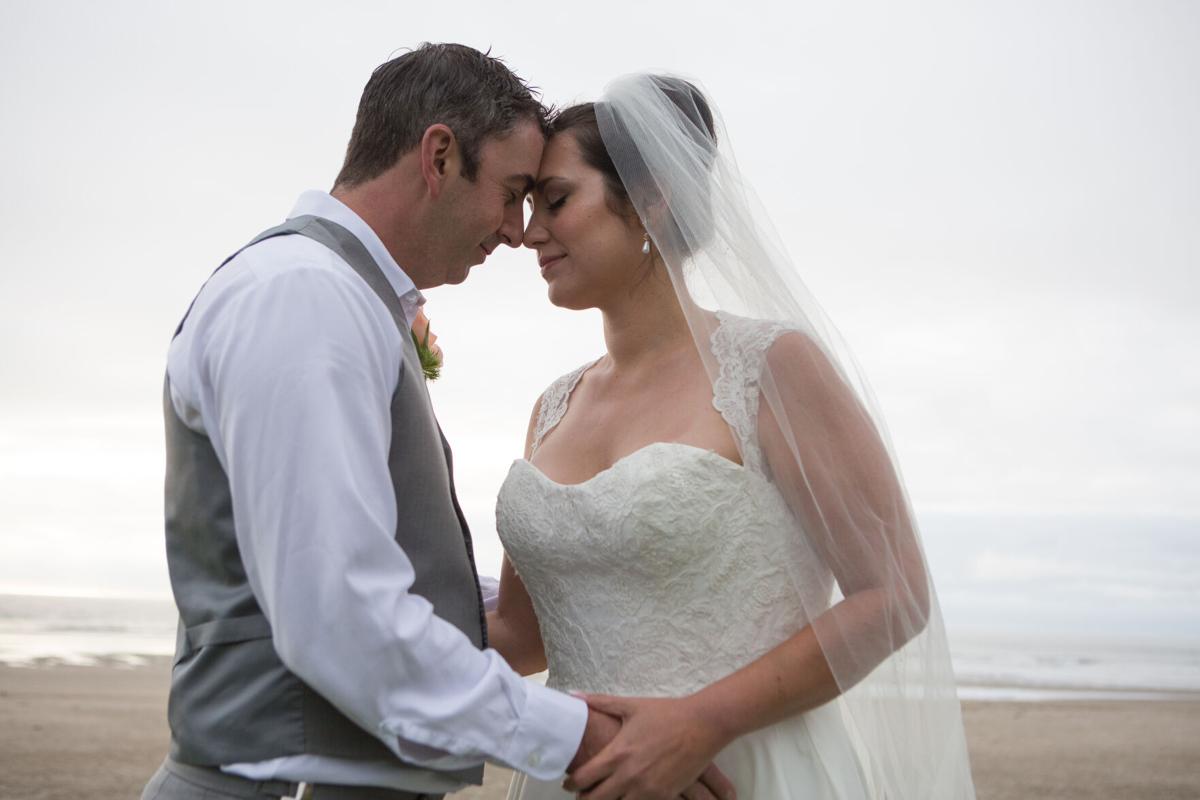 Ryan and Sarah Dempsey embrace on their wedding day. 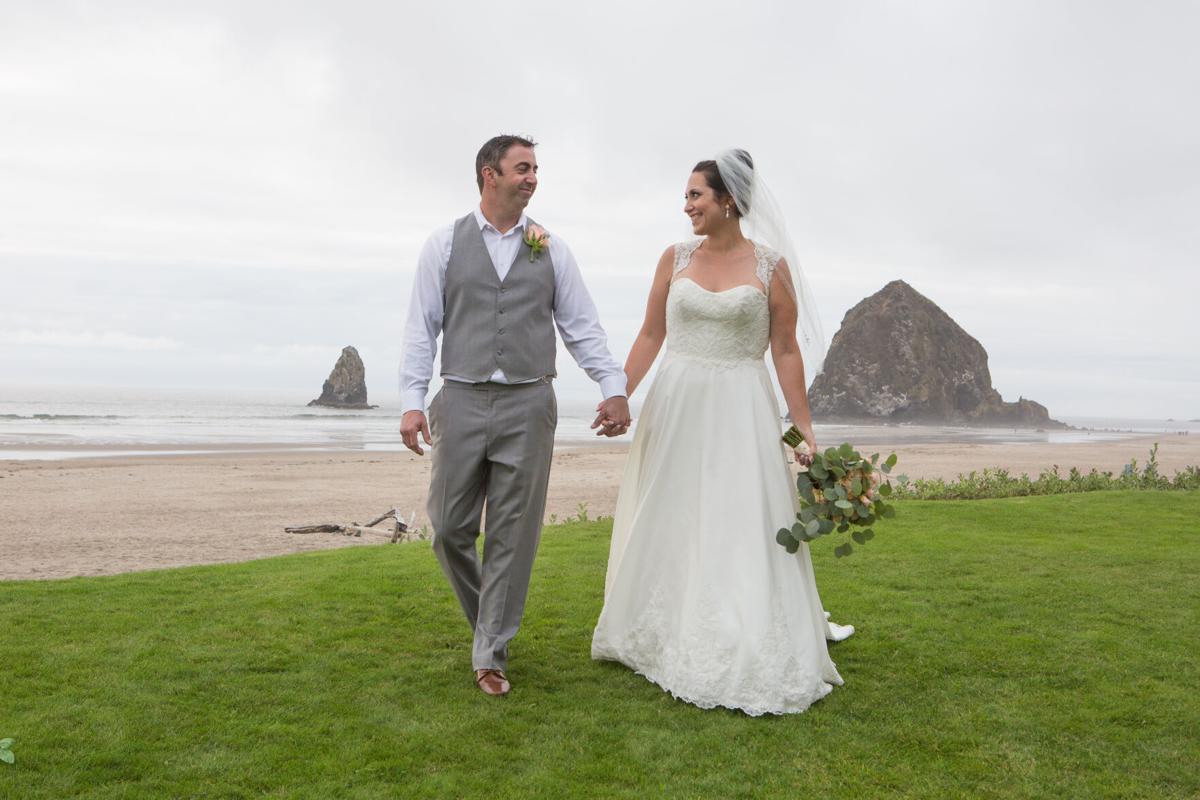 Ryan and Sarah Dempsey walk together on their wedding day. 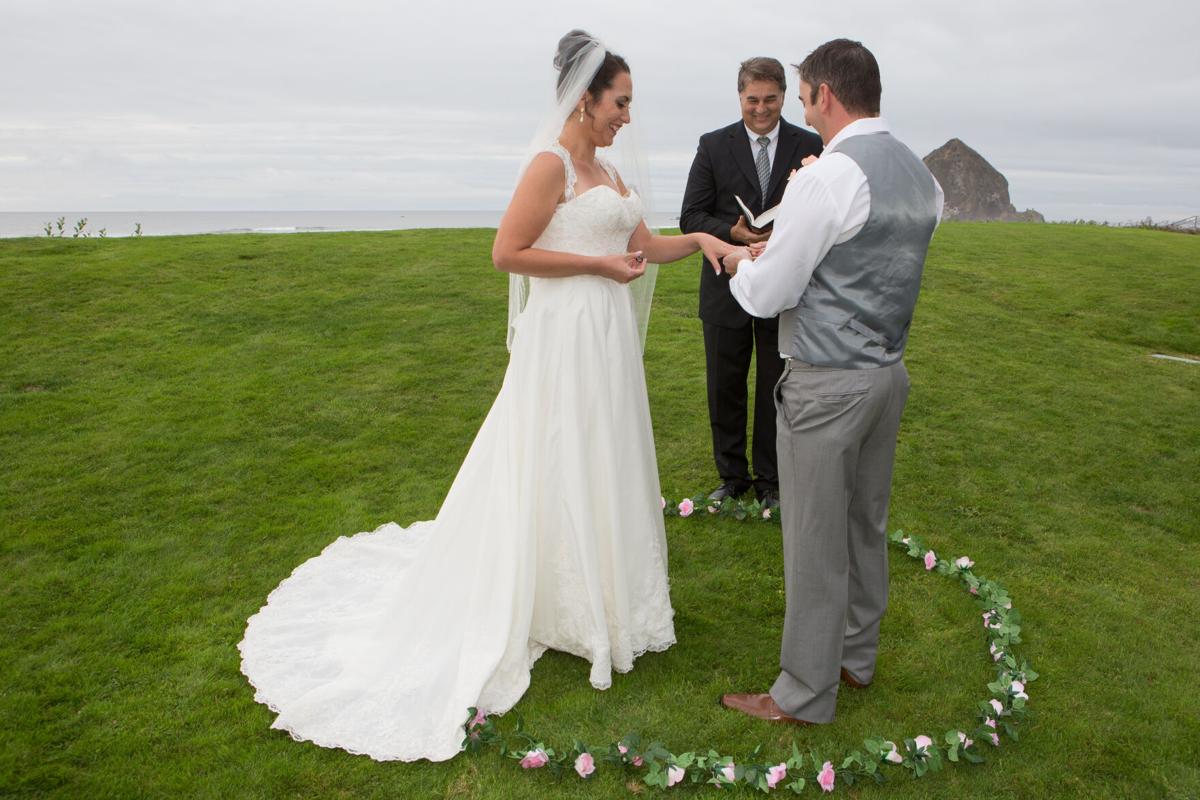 Ryan Dempsey places a wedding ring on Sarah Dempsey during their wedding. 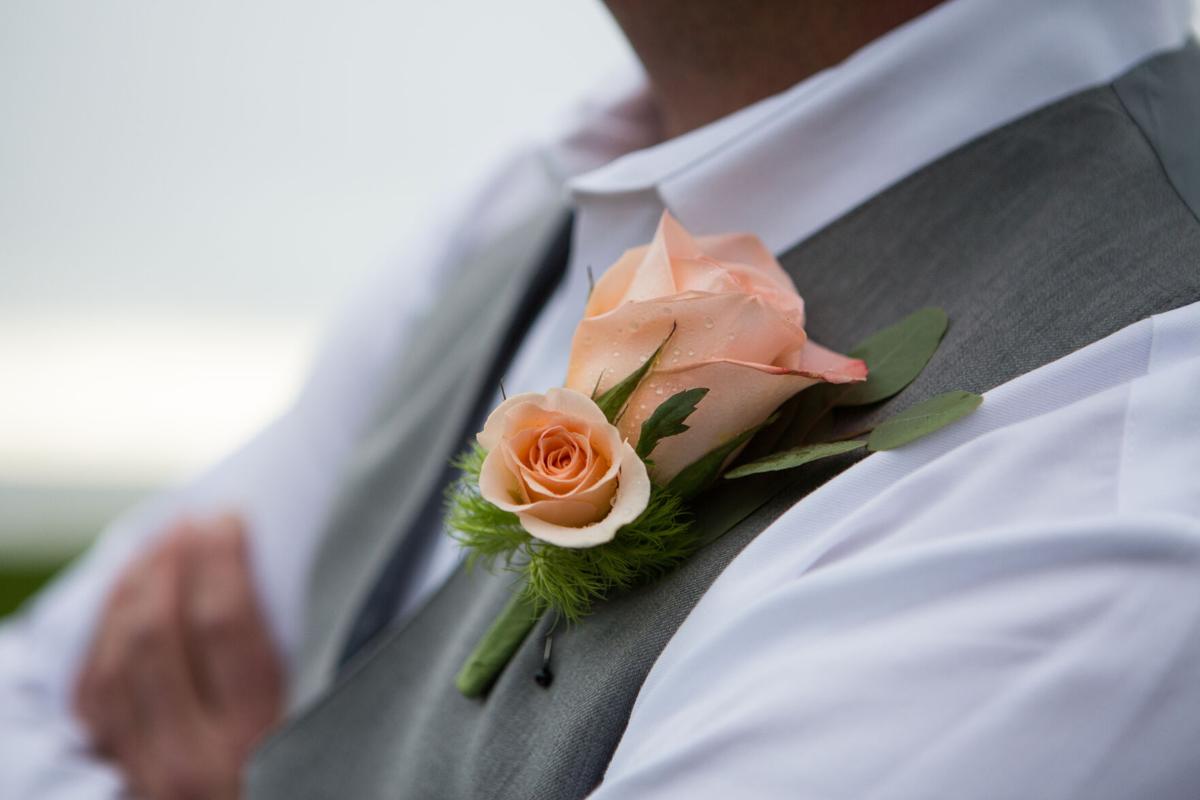 Ryan and Sarah Dempsey purchased flowers from Mimi's Flowers for their wedding.

Ryan and Sarah Dempsey pose with their wedding masks.

Ryan and Sarah Dempsey embrace behind a sign that reads 'happily ever after.'

Ryan and Sarah Dempsey embrace on their wedding day.

Ryan and Sarah Dempsey walk together on their wedding day.

Ryan Dempsey places a wedding ring on Sarah Dempsey during their wedding.

Ryan and Sarah Dempsey purchased flowers from Mimi's Flowers for their wedding.

Cannon Beach isn’t home to Sarah and Ryan Dempsey but it still holds a special place in their hearts.

The couple took a Goonies tour in Astoria, then spent time in Cannon Beach during their six-year relationship. When it came time to pick a location for their wedding, the couple felt there was nowhere else that would work as well.

“It has real significance for us,” Sarah said.

The two joined in marriage, at an outside ceremony and in front of only a handful of family, on Sept. 19, 2020, in the midst of the coronavirus pandemic and just days after smoke cleared out from fires that raged through the area.

“Even though it was super stressful, it made the wedding more special,” Sarah said. “Our family came together and it was such a joyous time. Everyone really needed that because it was such a rough year.”

Ryan said that despite the coronavirus pandemic, the Cannon Beach location was absolutely perfect.

“It was exactly what we hoped for,” he said.

Sarah and Ryan first met in 2014 at West Salem Foursquare Church in their hometown of Salem.

Ryan had a nice smile and a cute butt, Sarah said with a laugh.

“That’s what I noticed as soon as I saw him across the room,” she said.

They chatted over coffee after church and soon started dating. Sarah said they fit together well right away. They immediately felt comfortable with each other and they shared a faith, something important to both of them.

On a trip to Ryan’s family cabin at Crystal Lake the following year, Ryan asked Sarah to marry him.

One of the reasons they had such a long engagement was preparing for Jackson, the couple’s first child, who was born in 2018. Sarah and Ryan wanted to buy a house for their growing family so they put money toward that instead of a wedding.

They put a deposit down in January at the Stephanie Inn, just before the world changed.

Sarah said she knew she wanted to have a small wedding from the beginning, so while the pandemic made plans for a reception touch-and-go and some attendees were on the fence, limiting wedding guests didn’t make much of a difference.

“We didn’t have to reduce our guest list because it was always going to be small,” Sarah said.

Still, things were in question until the weeks before the wedding, because they didn’t know what kind of restrictions would be in place.

The Stephanie Inn was responsive and great to work with, Sarah said. The inn provided information for a private baker who made Sarah and Ryan’s wedding cake.

The couple had only 10 people at their outdoor wedding, with a reception following at the Wayfarer.

The bride and groom wore personalized wedding masks to their reception and for photos on the beach. The couple decorated with flowers from Mimi’s Flowers in Seaside.

The wedding turned out beautifully, despite all of its challenges, Sarah said.

Ryan said something that took him by surprise at the wedding was the abundance of bunnies.

As they got married on the beach, he spotted 13 or 14 rabbits in the brush. It was a special detail for the wedding day, Ryan said.

Sarah said she later found out that rabbits are signs of fertility, which is fitting since she became pregnant with the couple’s second child just after the wedding.

The family loves to get up to Crystal Lake and stay in a cabin as much as they can to play in the snow and be in nature. It’s been a special retreat this year, the couple said, because they can vacation but still be isolated away from others.