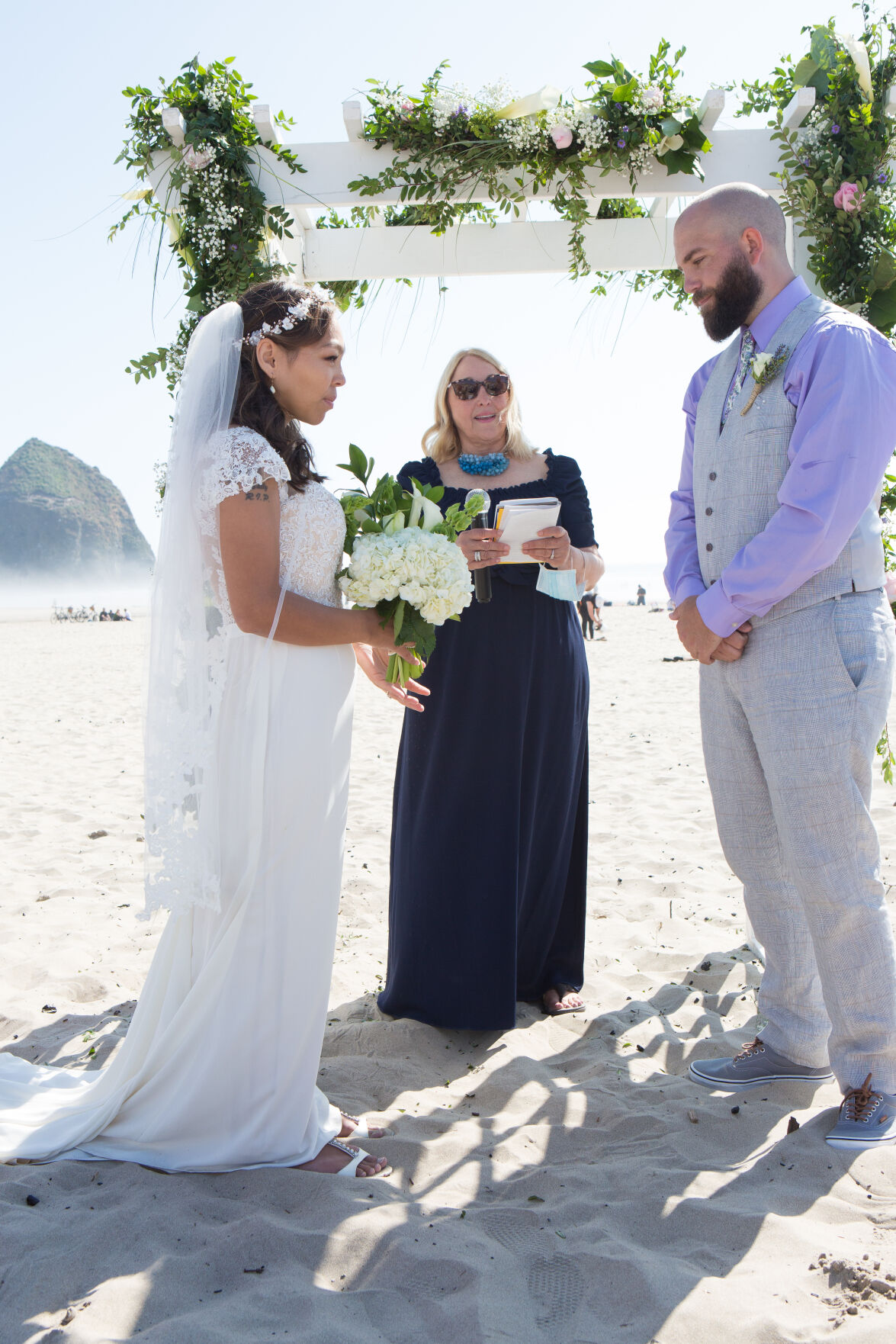 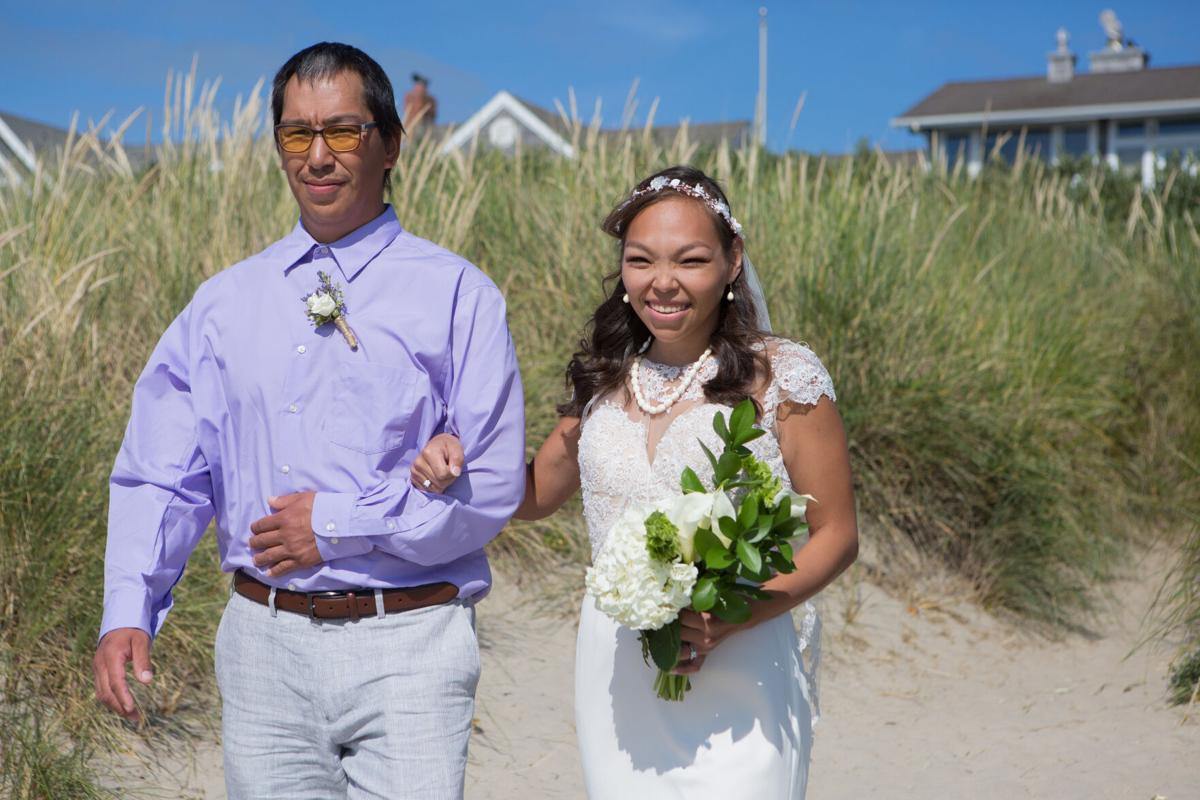 Chelsea Shelton walks with her father during her wedding. 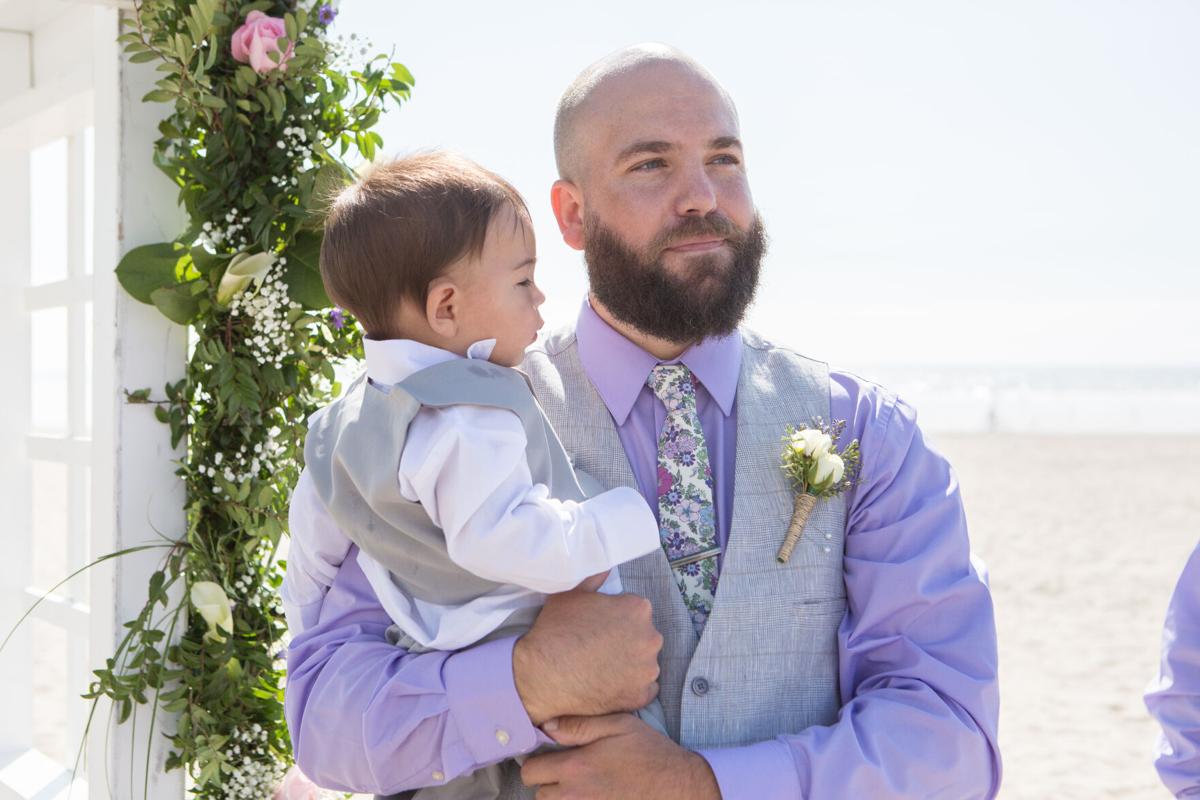 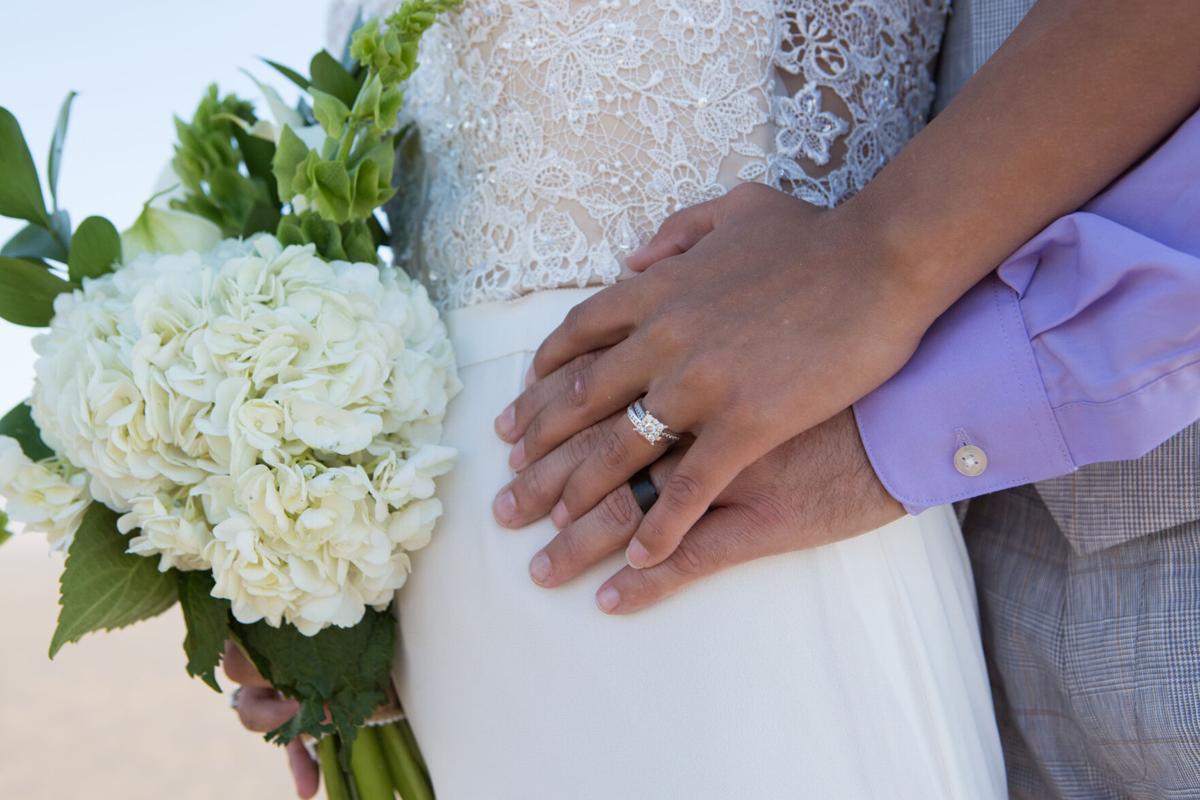 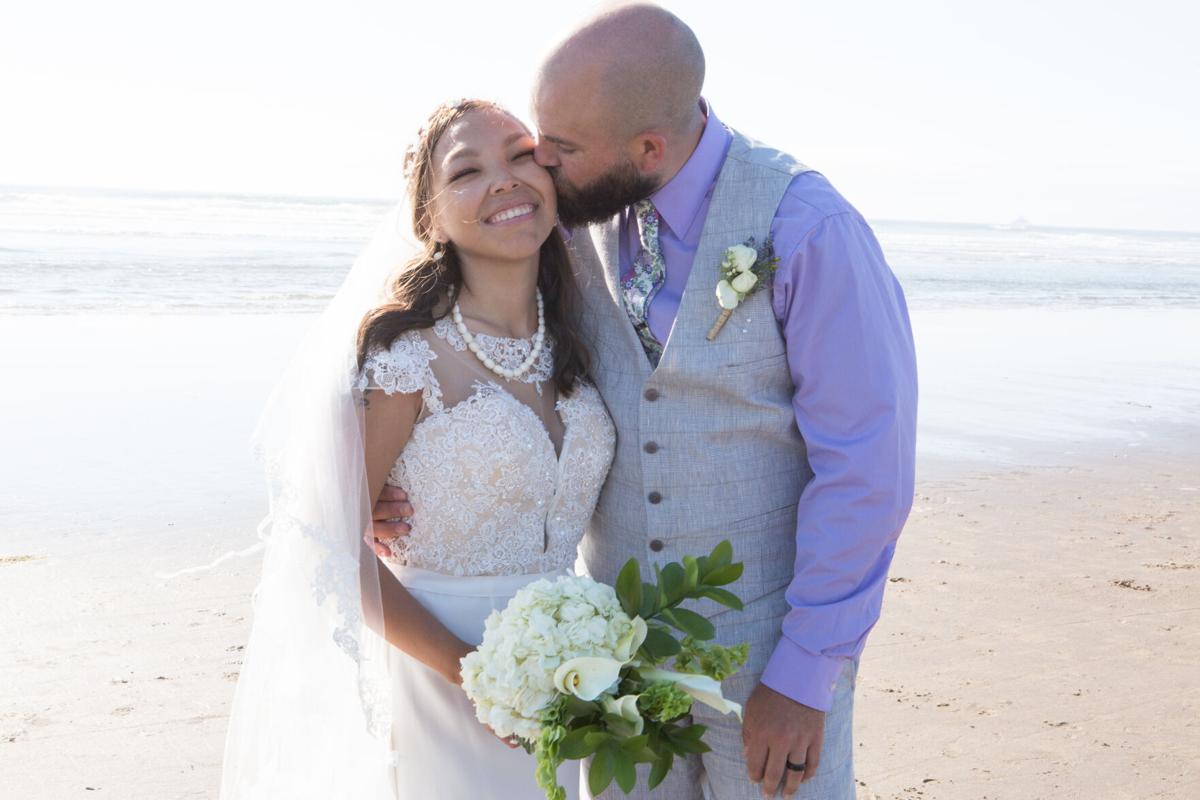 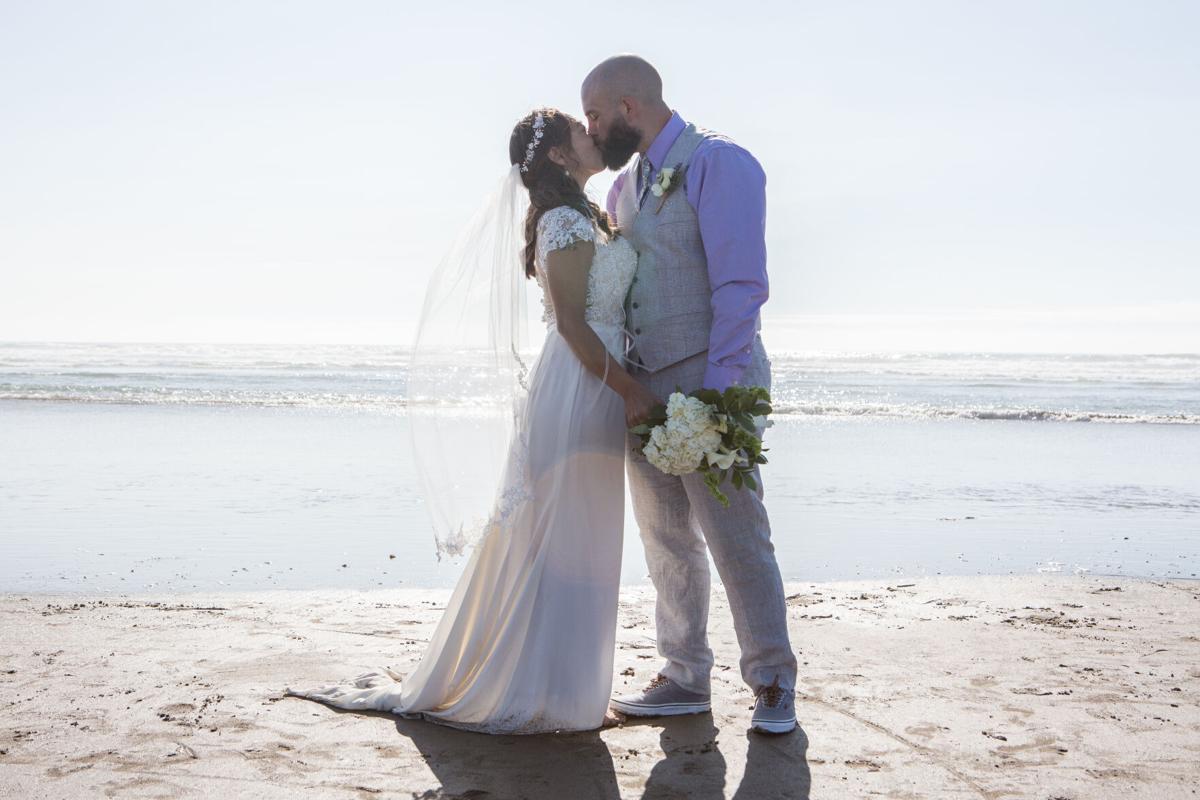 Chelsea and Keith Shelton kiss on their wedding day. 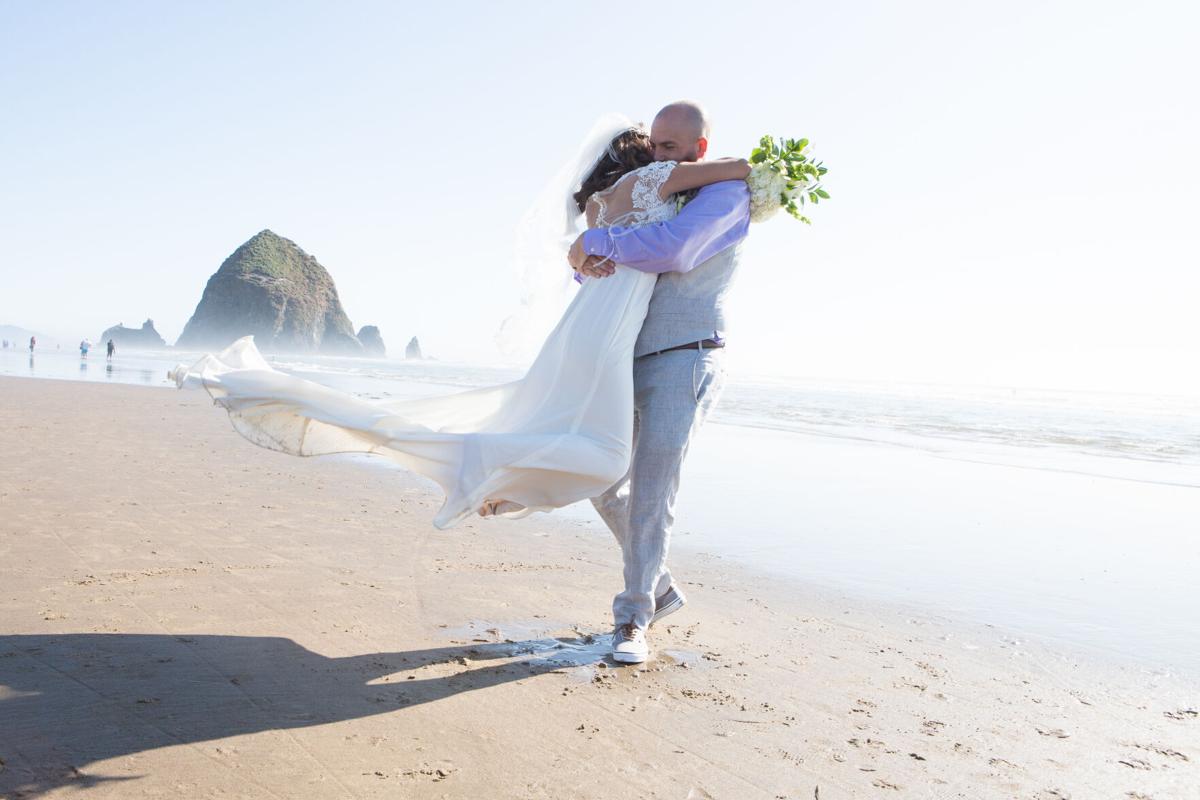 Keith Shelton hugs his wife, Chelsea, after marrying each other. 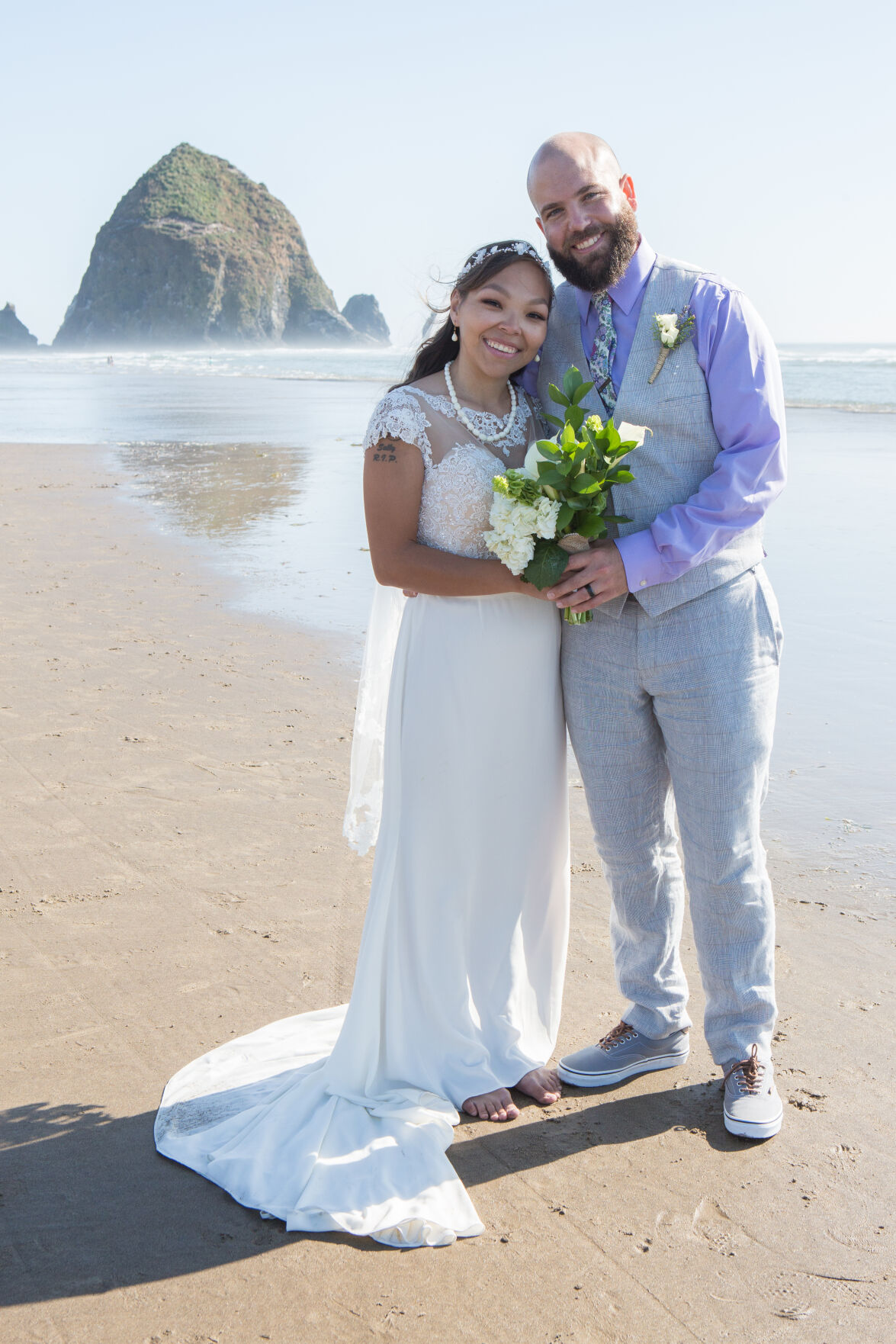 Chelsea Shelton walks with her father during her wedding.

Chelsea and Keith Shelton kiss on their wedding day.

Keith Shelton hugs his wife, Chelsea, after marrying each other.

In 2015, Keith Shelton signed up to be a teacher in a tiny town in Alaska.

He thought he would go, have some new experiences and then move on. Little did he know that while living there, he would fall in love and become a father.

Keith and Chelsea Shelton married July 16, 2020, at the Surfsand Resort in Cannon Beach, a place that has been special to Keith since he was young.

With them at the wedding was Axel, the couple’s 15-month-old son.

When it came time to plan their wedding, Cannon Beach was the place, Keith said.

Since Keith and Chelsea live in Gambell, Alaska (on a little island out in the Bering Strait), with limited communication, Keith’s mom and aunt helped plan the wedding and bring together all the details. That was something especially stressful this year, due to the coronavirus pandemic, Keith said.

Luckily, Surfsand took care of much of the wedding. Resort staff set up a rehearsal on the beach complete with a bonfire and the wedding itself, with chairs spread out to keep distance between guests, Chelsea said.

Families sat together in distant rows and at tables for the reception. Everyone wore masks and each table contained hand sanitizer and extra masks just in case.

“We tried to keep families together,” Chelsea said.

Keith said one of his favorite parts of the wedding was after the ceremony, when he and Chelsea were able to take a walk with the photographer and take pictures, just the two of them.

“It was a private moment, with just us,” he said.

Chelsea said she loved the cake, from Cannon Beach Bakery. The frosting was done in an ombre that faded into the same lilac colors of the bridesmaids’ dresses.

The couple also especially enjoyed the location of their wedding. Living on an island, they are surrounded by water all the time but much of the scenery features rocks and the weather is usually "very cold," Chelsea said. Cannon Beach provided a different experience. Keith enjoyed walking in the morning and finding sand dollars. Chelsea said she enjoyed "just being at the beach."

Most of Chelsea’s family that came to the wedding had not been outside of Alaska, she said. Both she and her two sisters, who each served as bridesmaids, have infant sons, so the three boys were all in the suite with them getting ready, Chelsea said with a laugh.

At the wedding, several members of Chelsea’s family performed traditional drumming and dancing. Chelsea and her family are Siberian Yupik. It was special to include traditions in the wedding, she said.

Also included in the wedding were Bailey and Marshall, Keith and Chelsea’s dogs. The couple adopted them shortly after they started dating. It wouldn’t have been right to have the wedding without them, Keith said.

“Us, our son and our two dogs walked out together,” he said.

It was nice to have a piece of Alaska with them, Keith said.

When Keith was looking for a place to work as a teacher, he found a website dedicated to placing people in Alaska and thought it looked interesting. The recruiter called and asked him to choose between two small towns. Keith ended up going with Gambell, because it is only 36 miles from Russia.

On a clear day, people in Gambell can see the mountains in Russia, Keith said.

He started teaching high school social studies. In 2017, he met Chelsea, who was working as a teaching assistant.

Chelsea was born and raised in the small, traditional village of Gambell, where some places don’t have running water and, though it’s fading now, people speak Siberian Yupik.

“It’s very different from the bigger cities, you definitely get a culture shock,” Chelsea said. “Everyone knows everyone and everyone is family.”

The two hit it off right away, Keith said. Chelsea said she noticed his smile from the moment they met.

On Halloween in 2019, Axel was born. That Christmas, the young family took a drive from Keith’s parents’ house in the Tri-Cities in Washington to Leavenworth. There, in front of all the Christmas lights, Keith asked Chelsea to marry him.

She bought a dress with his family that week and then they flew back to Alaska, only to return in time for their wedding this summer.

While at home in Gambell, Keith and Chelsea love watching movies, camping, berry picking and fishing. Keith is learning some of the language, dances and fishing traditions of the Siberian Yupic people.