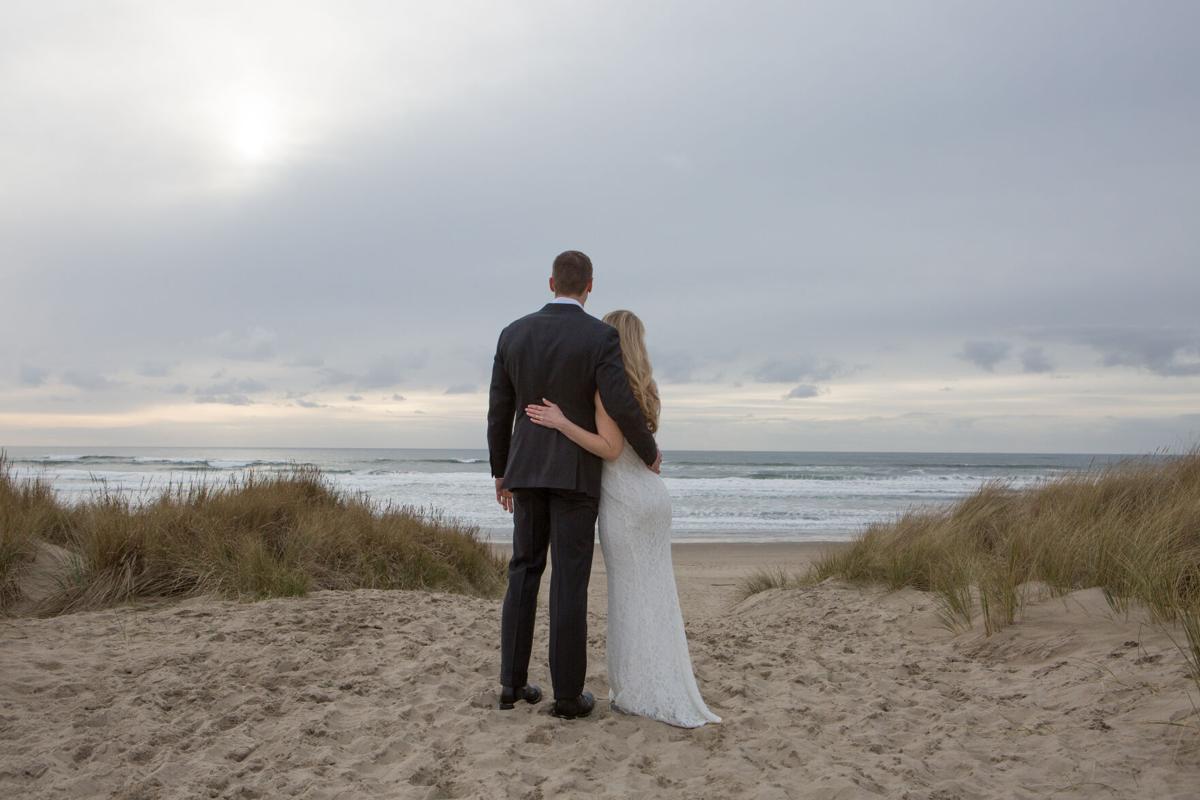 Joe and Haley Martzel embrace while watching the Pacific Ocean. 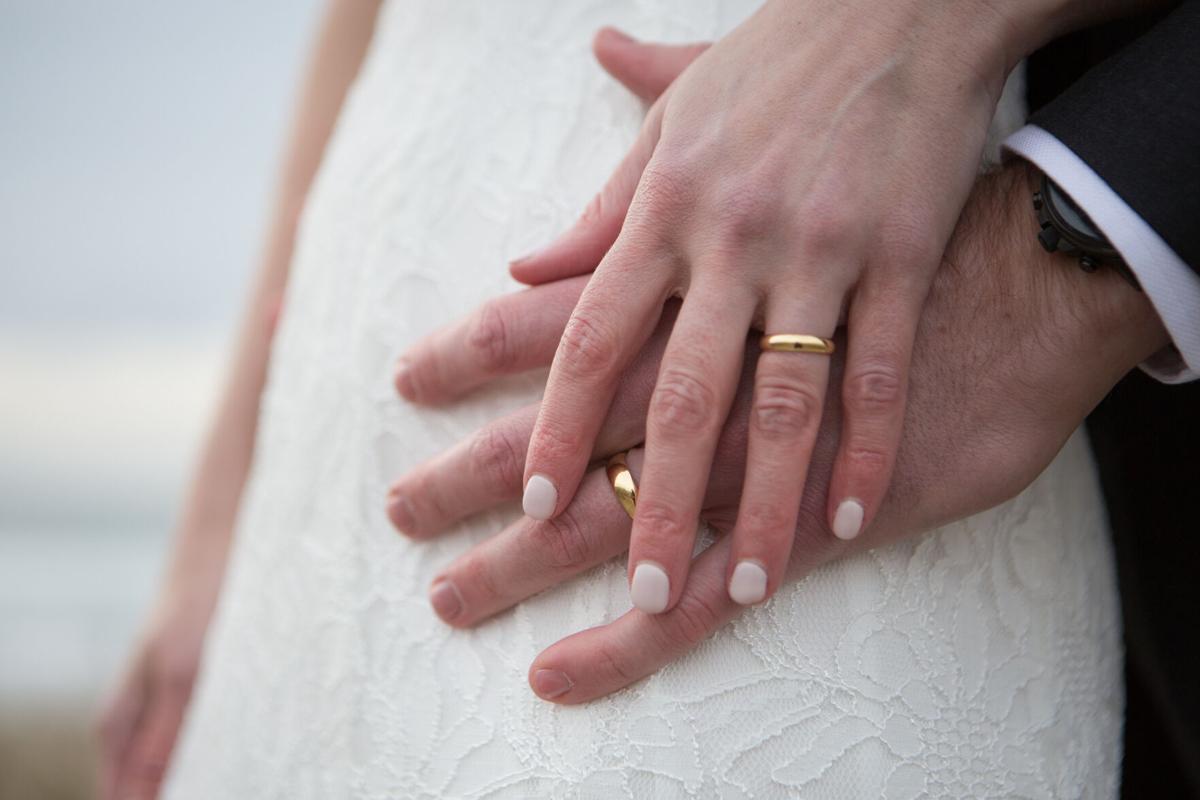 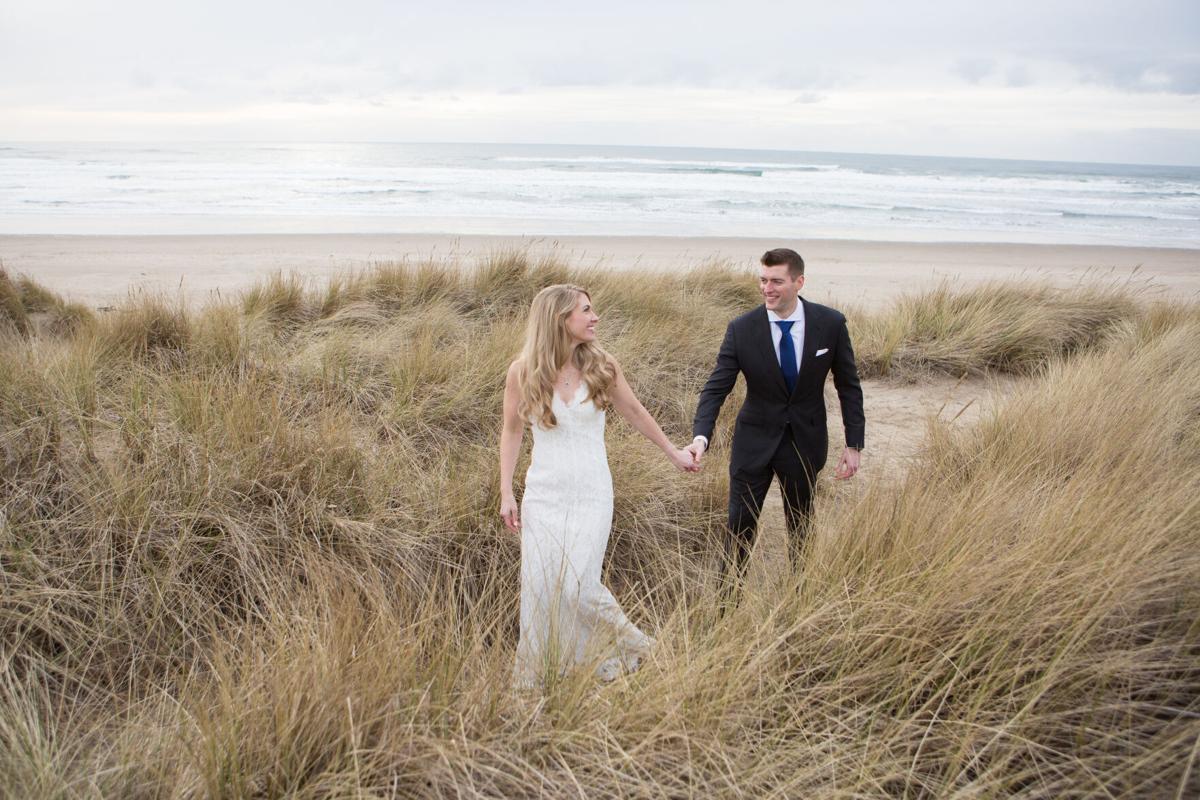 Haley Martzel looks back at her new husband, Joe. 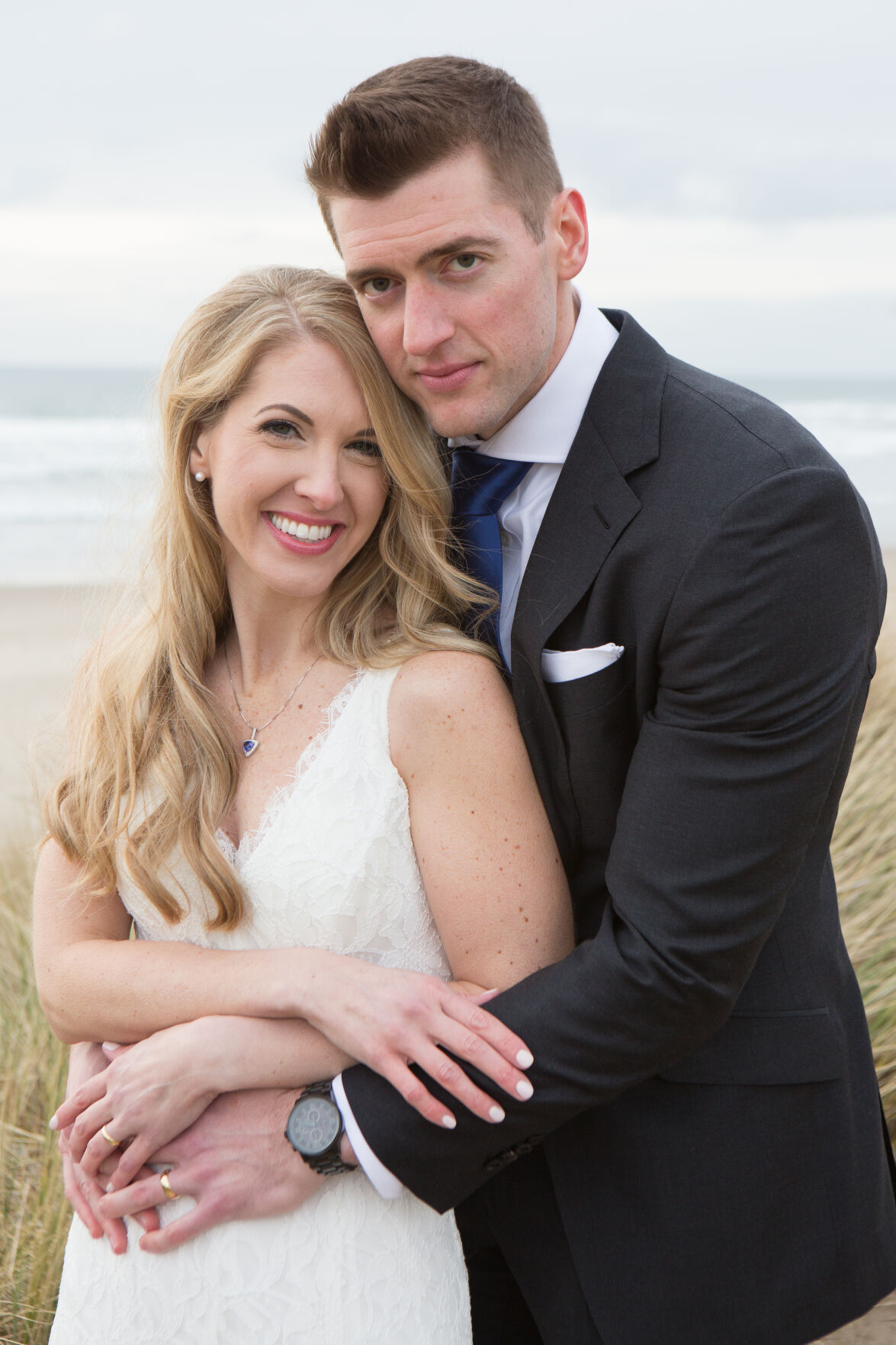 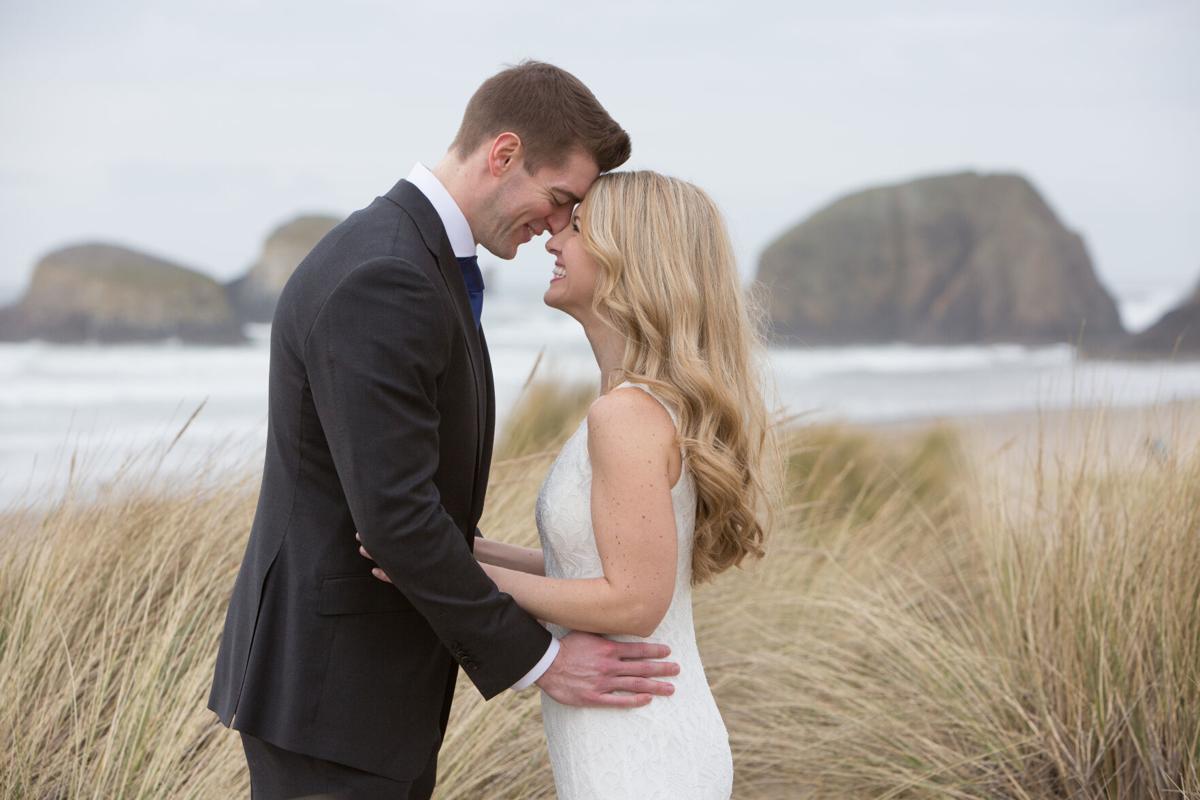 Joe and Haley Martzel smile at each other on their wedding day. 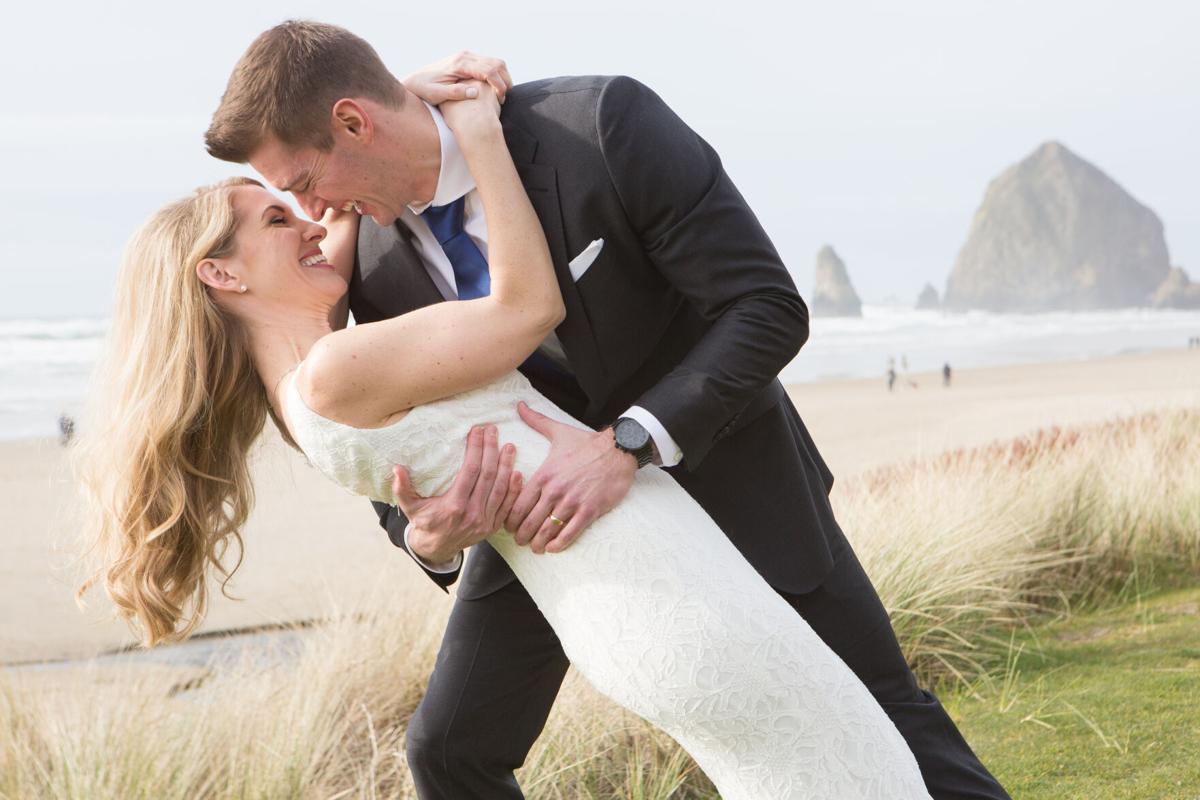 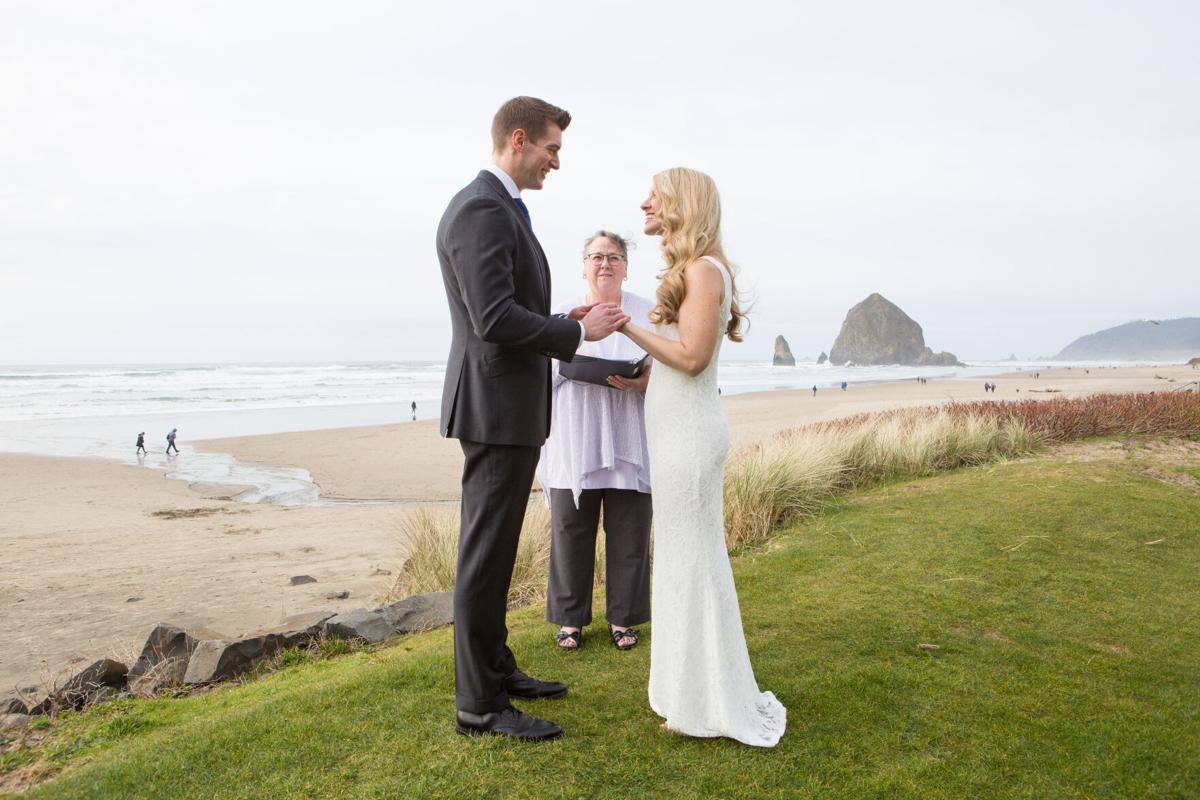 Joe and Haley Martzel exchange vows during their wedding. 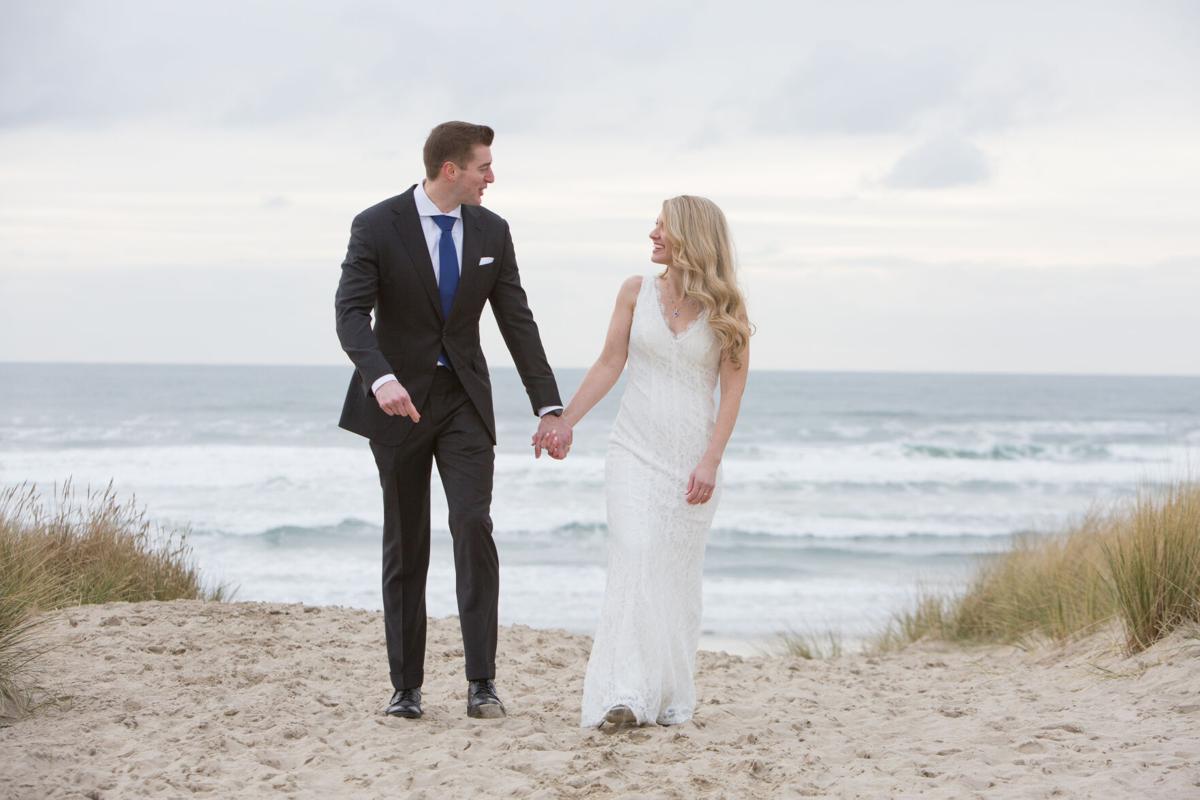 Joe and Haley Martzel walk along the dunes in Cannon Beach.

Joe and Haley Martzel embrace while watching the Pacific Ocean.

Haley Martzel looks back at her new husband, Joe.

Joe and Haley Martzel smile at each other on their wedding day.

Joe and Haley Martzel exchange vows during their wedding.

Joe and Haley Martzel walk along the dunes in Cannon Beach.

Haley and Joe Martzel said “I do” last March, right before the coronavirus pandemic hit.

The couple exchanged vows on the back patio of the Ocean Lodge in Cannon Beach. The ceremony included the couple, an officiant, a photographer and a staff member of the hotel who acted as their second witness.

“We love the Oregon coast so it was kind of a no-brainer for us to choose to (have a ceremony) there,” Haley said.

Joe said it had been a lifelong dream of Haley’s to have a small, intimate, romantic ceremony.

“(I wanted a ceremony) where you aren’t worrying about what other people are thinking, or having to accommodate other people, where you can just be in the moment and enjoy the day,” Haley said.

Without having to worry about accommodating family and friends, the two had endless options to choose how they wanted to have a ceremony.

“All we needed was two people in a suit and a dress to get wherever we were going,” Joe said.

Having visited the North Coast just once before, Haley and Joe took a leap of faith traveling halfway across the country to tie the knot. The ceremony would not have been possible without the support of the Ocean Lodge staff and photographer Julie Adams, they said.

“Even though Julie was our only wedding guest, she still would have been our favorite,” Haley said.

Joe and Haley first visited Cannon Beach in 2017 when they were driving between Seattle and Portland, and decided to take a detour out to the North Coast. During the visit, they stayed at Ocean Lodge. The couple said they loved the experience so much it was not hard to imagine getting married there.

“We stayed at the Ocean Lodge that time around and just loved it. It felt like home,” Joe said. “The scenery and everything, out the window, and in town just felt great.”

When the two started searching for potential wedding venues, their stay at the Ocean Lodge came up and seemed like the perfect place to them, Joe said.

“It was a lot easier than we thought to make it all happen,” he said.

Joe noted that it was a bit intimidating at the start being a few time zones away and not knowing anyone on the coast.

“When we decided that (getting married on the North Coast) was our dream and we knew what we wanted to do. We first called the Ocean Lodge and told them what they wanted to do and asked for help, and they really did a great job with giving us information,” he said.

They found both their officiant and photographer through Ocean Lodge staff's help.

“For two fish out of water we would not have known any of the local secrets or scenery to go and take advantage of so having (Julie Adams) and the Ocean Lodge as resources just made it so easy and so much better of an experience,” Joe said.

By the end of their six-night stay, the Ocean Lodge staff started to feel like family, Haley said.

The pair met at a company in Chicago but didn’t start dating until after Haley quit working there. After five years together, Joe proposed to an unsuspecting Haley during a date night. Haley said she was adamant about not wanting an engagement ring, so Joe found two wedding bands he used in place of a ring when he proposed.

Haley and Joe will celebrate their one-year anniversary on March 1. While the pandemic has put an indefinite damper on any celebratory plans with friends and family, the two are happy to have a low-key commemoration at home.

“We talk about it all the time,” Haley said. “There isn’t one single detail of that trip I would change.”