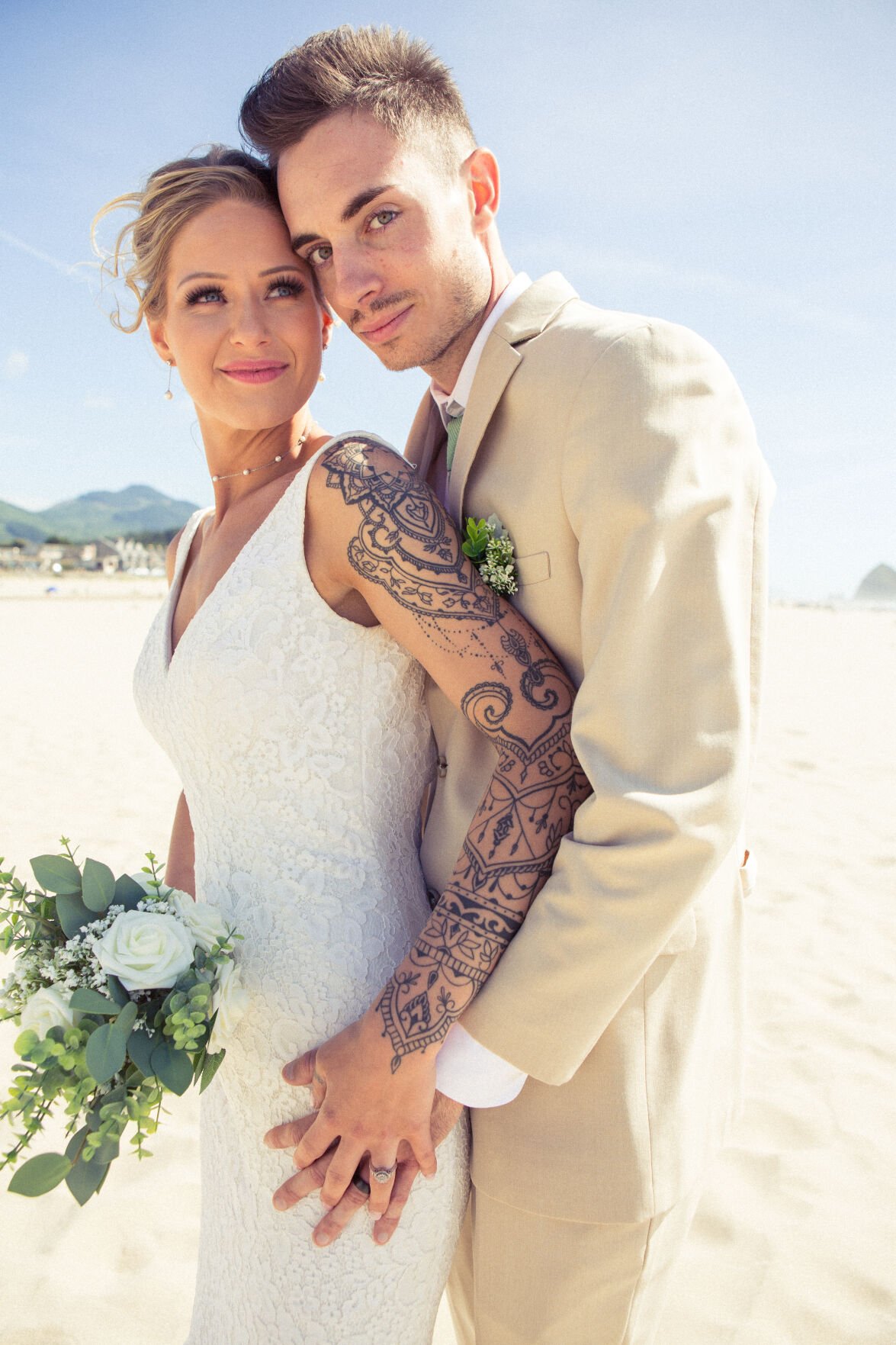 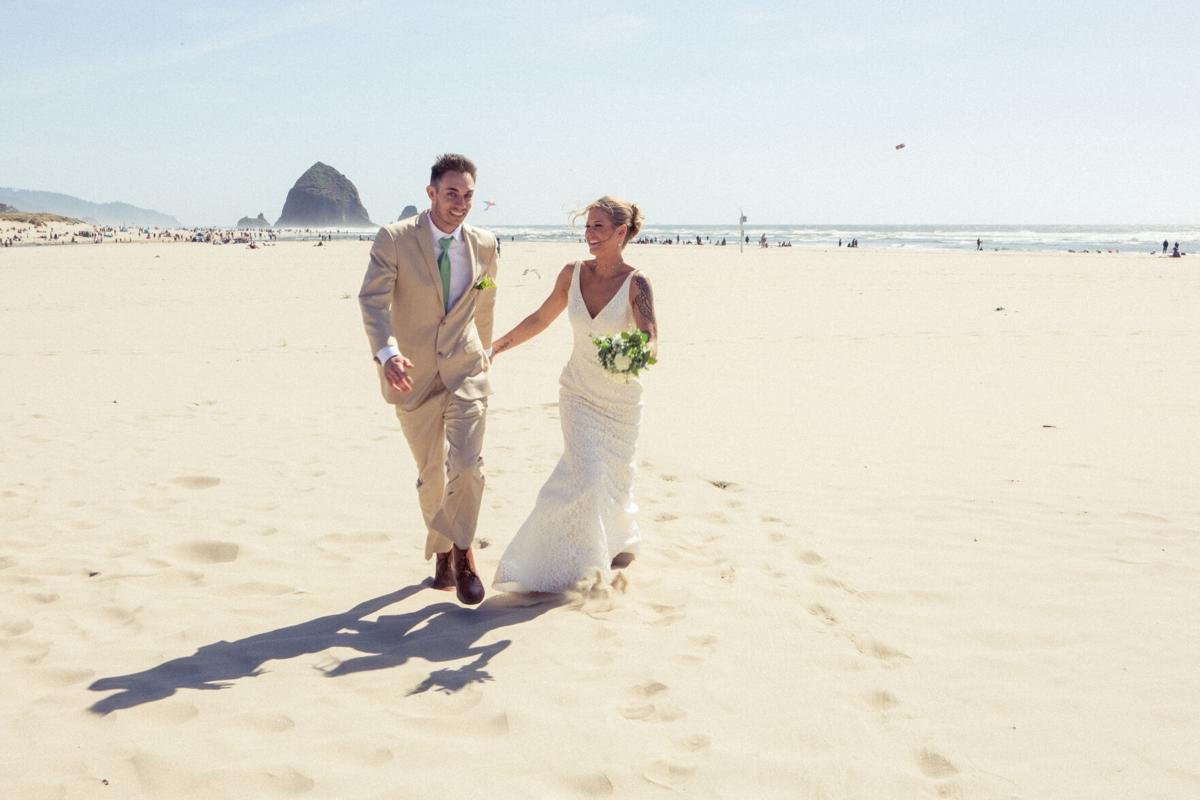 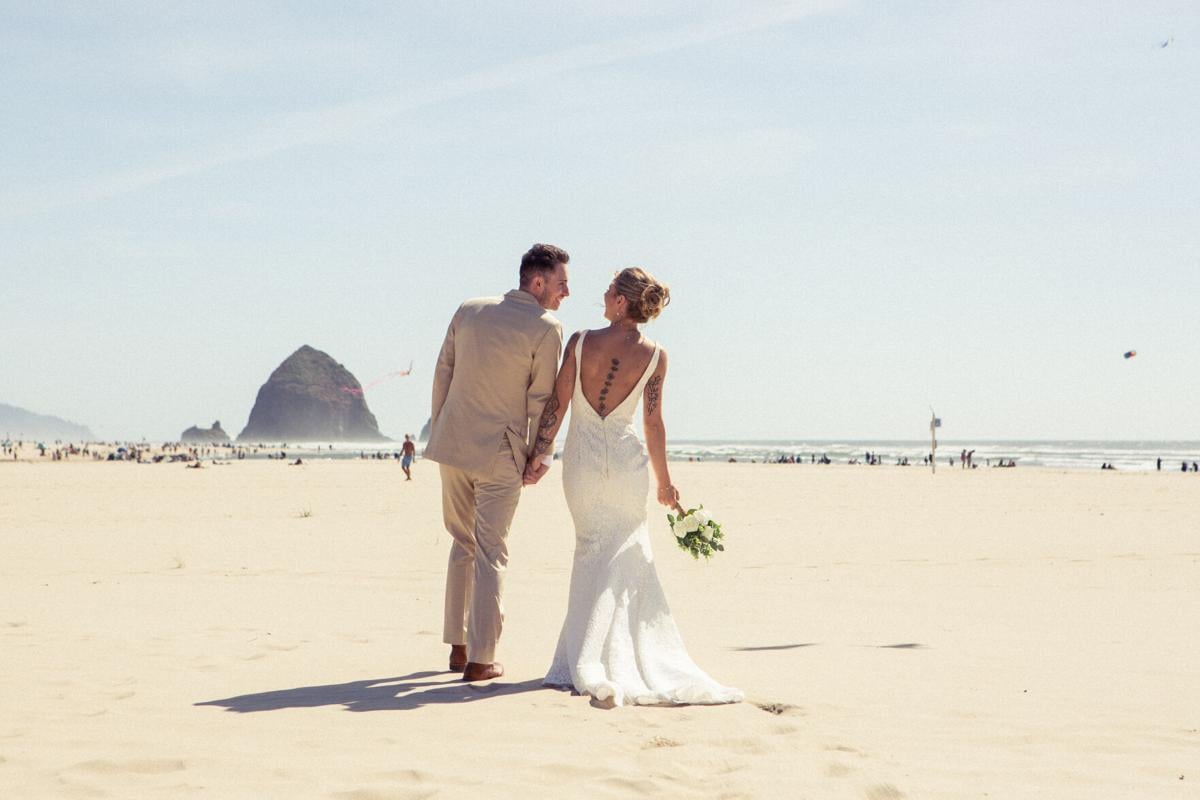 Andrew and Hailee Haley look at each other after getting married. 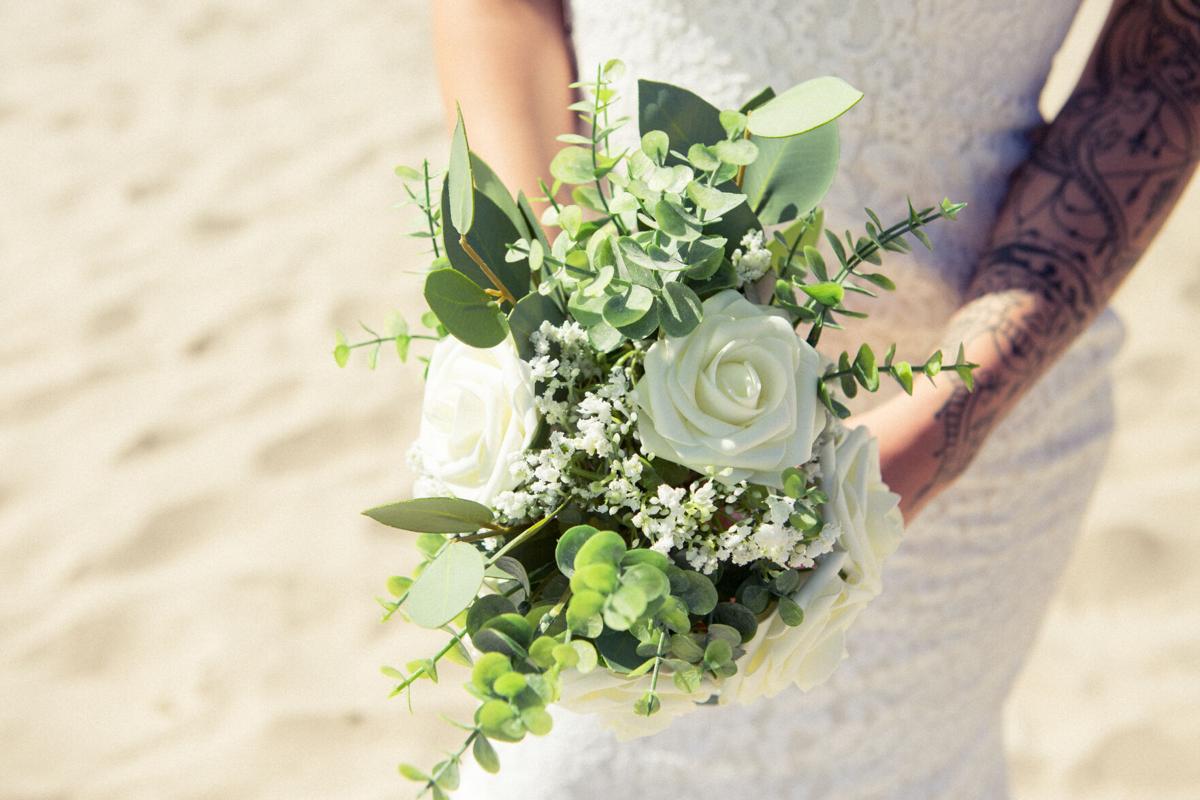 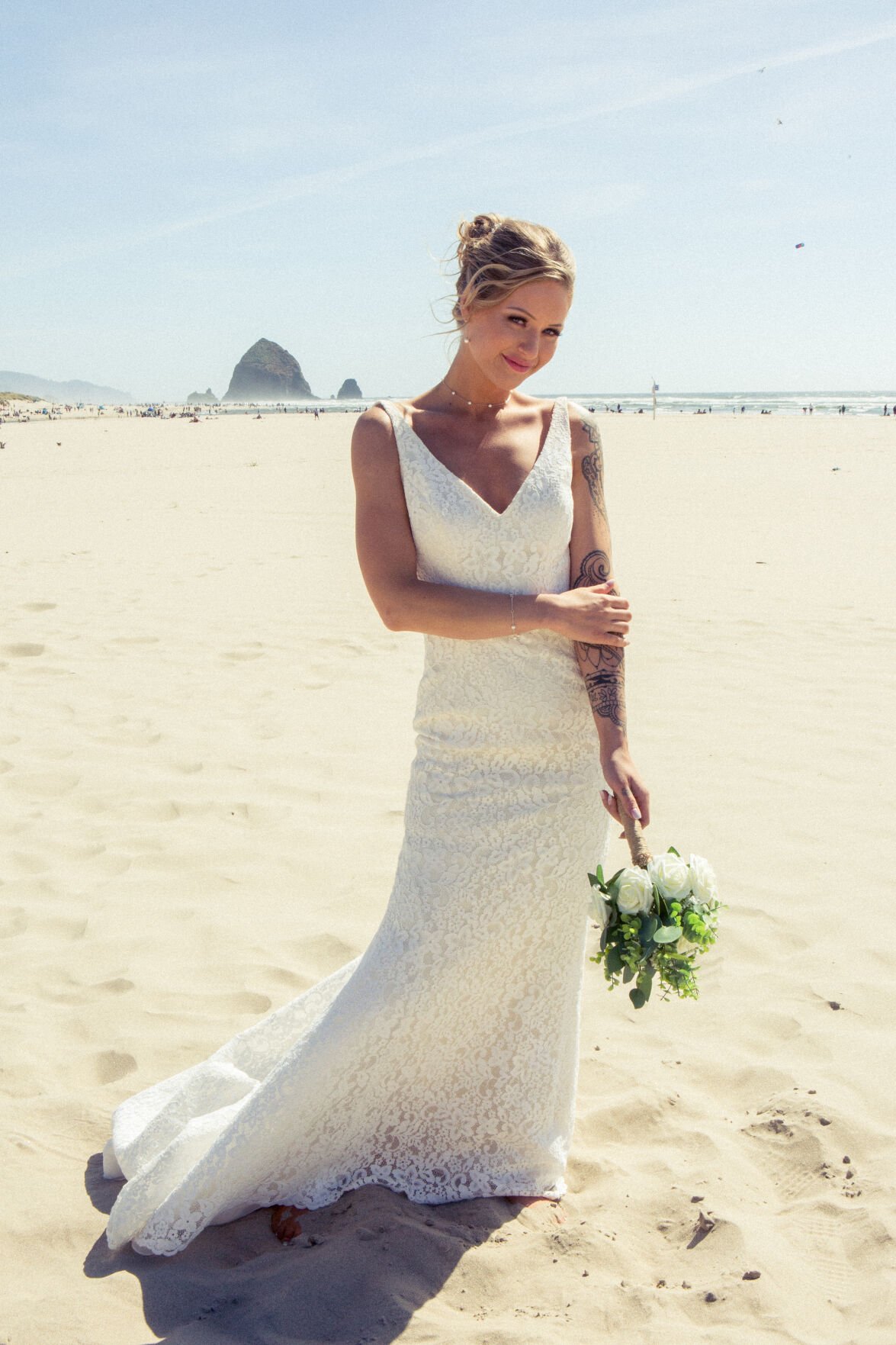 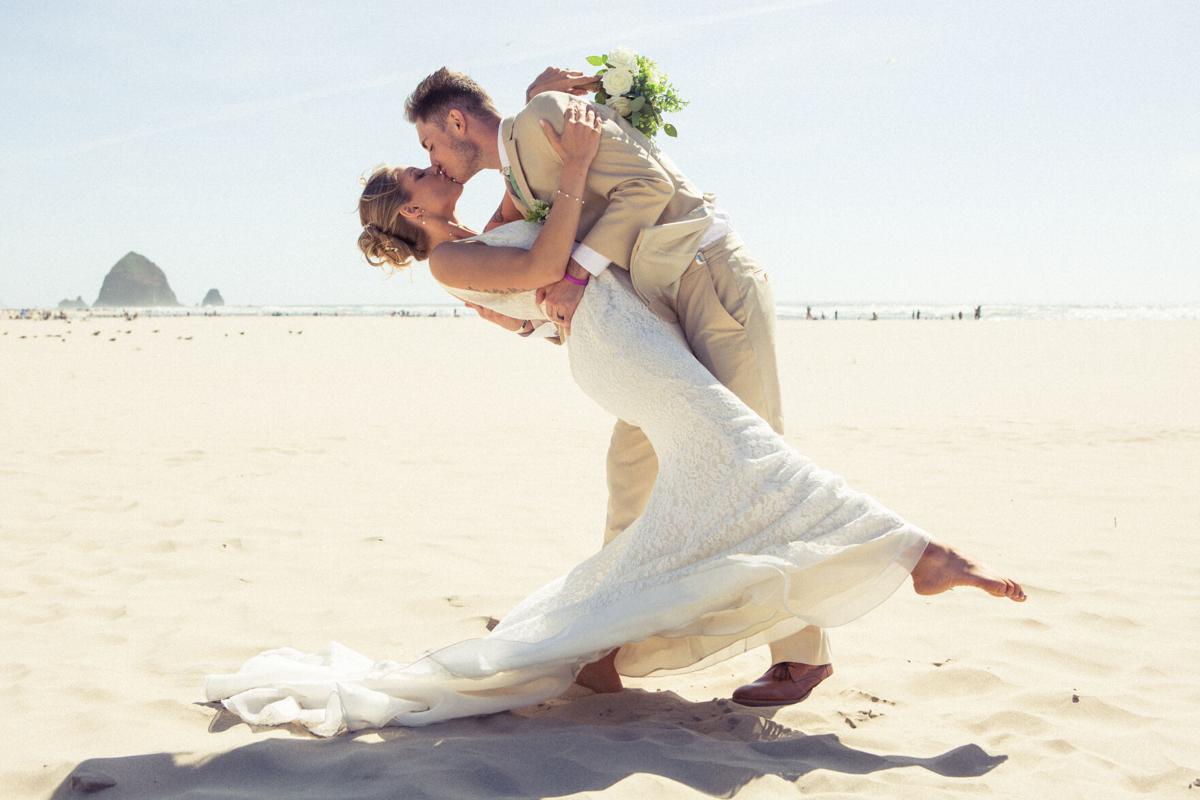 Andrew and Hailee Haley kiss after their wedding. 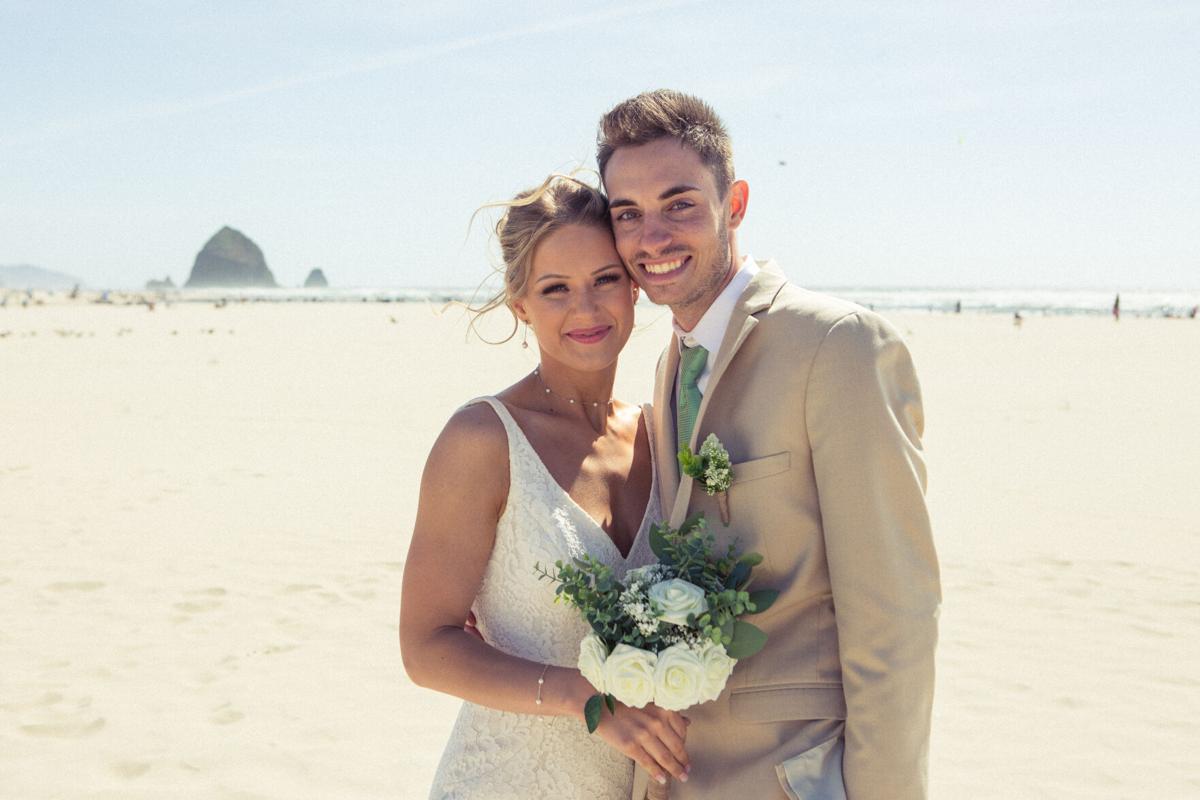 Hailee and Andrew Haley smile as they embrace. 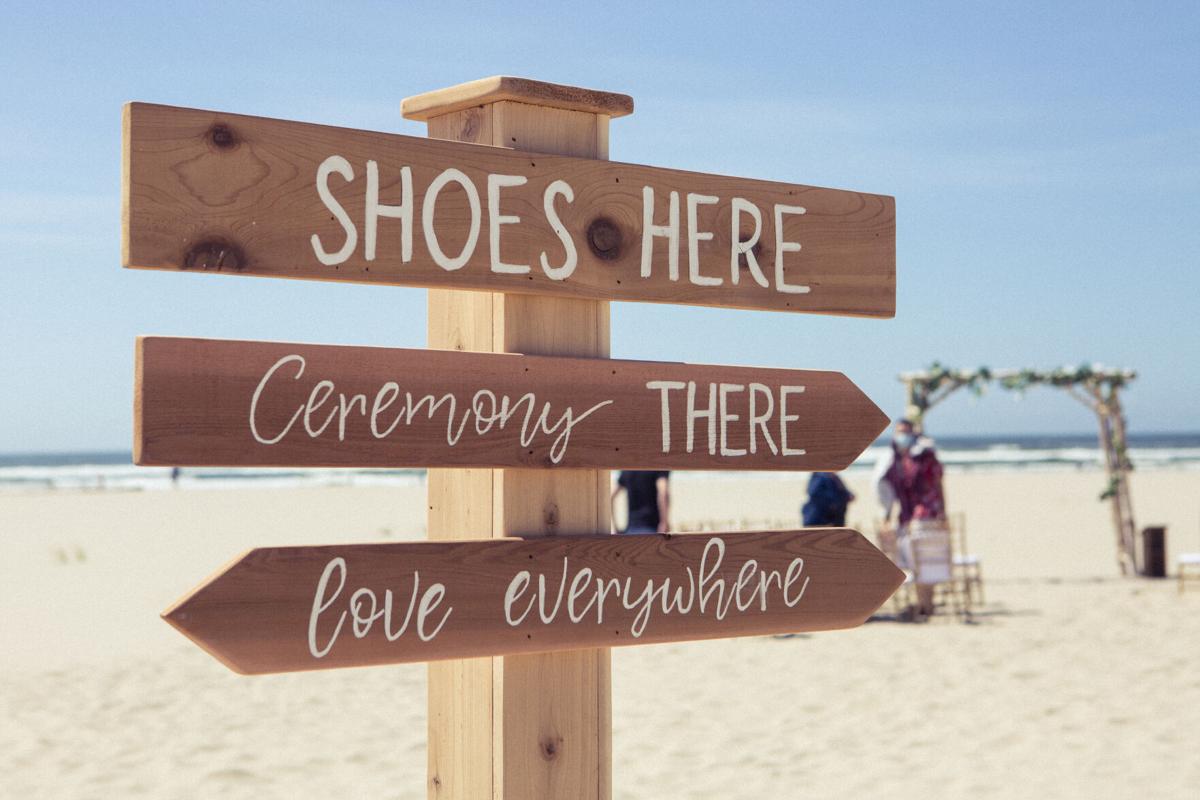 A sign directs guests at Andrew and Hailee Haley's wedding.

Andrew and Hailee Haley look at each other after getting married.

Andrew and Hailee Haley kiss after their wedding.

Hailee and Andrew Haley smile as they embrace.

A sign directs guests at Andrew and Hailee Haley's wedding.

Cannon Beach has been a special getaway spot for Hailee and Andrew Haley since they met five years ago. In August 2020, it solidified its importance in their lives by serving as their wedding destination.

The couple from Vancouver, Washington, got engaged in early 2020. After the coronavirus pandemic hit full-force in March, Hailee said they “didn’t have to change a thing,” because they were already planning for the ceremony to take place on the beach.

They also wanted their wedding to be a small affair, attended only by close friends and family. The ceremony and reception took place near Breaker’s Point on the north side of Cannon Beach, with Haystack Rock providing a lovely backdrop in the distance. Everyone pitched in to help set up chairs and a simple wooden arbor covered in silky white roses and greens.

“Our families came together to make it happen for us,” Hailee said. “It was just so beautiful … It’s hard to even express — being in your favorite place, with your toes in the sand. I got to slowly experience it and see everyone’s face and be outside.”

When planning the event, the first thing the couple settled on was their photographer, Julie Adams. Not only did Hailee want to adequately commemorate the big day, but she also saw it as an opportunity to capture high-quality images of their families with everyone dressed up and looking their best.

“It was a big thing,” Hailee said.

When Hailee brought up the issue of not wanting to get married in a high-traffic area, like the main portion of the beach, Julie recommended Breaker’s Point. Andrew’s parents made a large sign to put near the parking lot that read, “Haley Wedding,” and pointed guests in the direction of the beach.

The couple had a simple ceremony that was mostly focused on an exchange of vows. Because of a poor microphone, it was difficult for people to hear, Hailee said, but in a way, it made the exchange more intimate and allowed them to have a moment to themselves.

Hailee’s sister Candice Knilans served as maid of honor and also officiated the wedding. According to Hailee, Candice has been “one of our biggest role models,” which made her the perfect fit for an officiant. Andrew’s best man was his father, Mark. The wedding party included four groomsmen and four bridesmaids as well.

The bridesmaids were dressed in agave green dresses. Hailee let each person pick out their own style so they would feel confident and comfortable. The groomsmen wore ties with a matching color and had simple boutonnières comprised of green leaves.

Hailee’s sister’s fiancée catered a Hawaiian-style feast, with smoked meat, coleslaw and macaroni salad. Hailee said they had one person serving all the food, “so everything was sanitary.” Cannon Beach Bakery supplied cupcakes and the wedding cake, which was s’mores flavored.

“We absolutely love s’mores,” Hailee said, adding they handed out individualized packages with graham crackers, chocolate and marshmallows for the wedding guests.

To go along with the s’mores and saltwater taffy party favors, Andrew’s mom made eucalyptus- and sage-scented candles that mirrored the couple’s use of eucalyptus and white roses for their wedding flowers.

The reception was primarily spent dancing to a playlist that Andrew and Hailee put together, having fun and roasting the s’mores around a bonfire fire.

“We called it an after-party because we were on the beach. We wanted to hang out,” Hailee said.