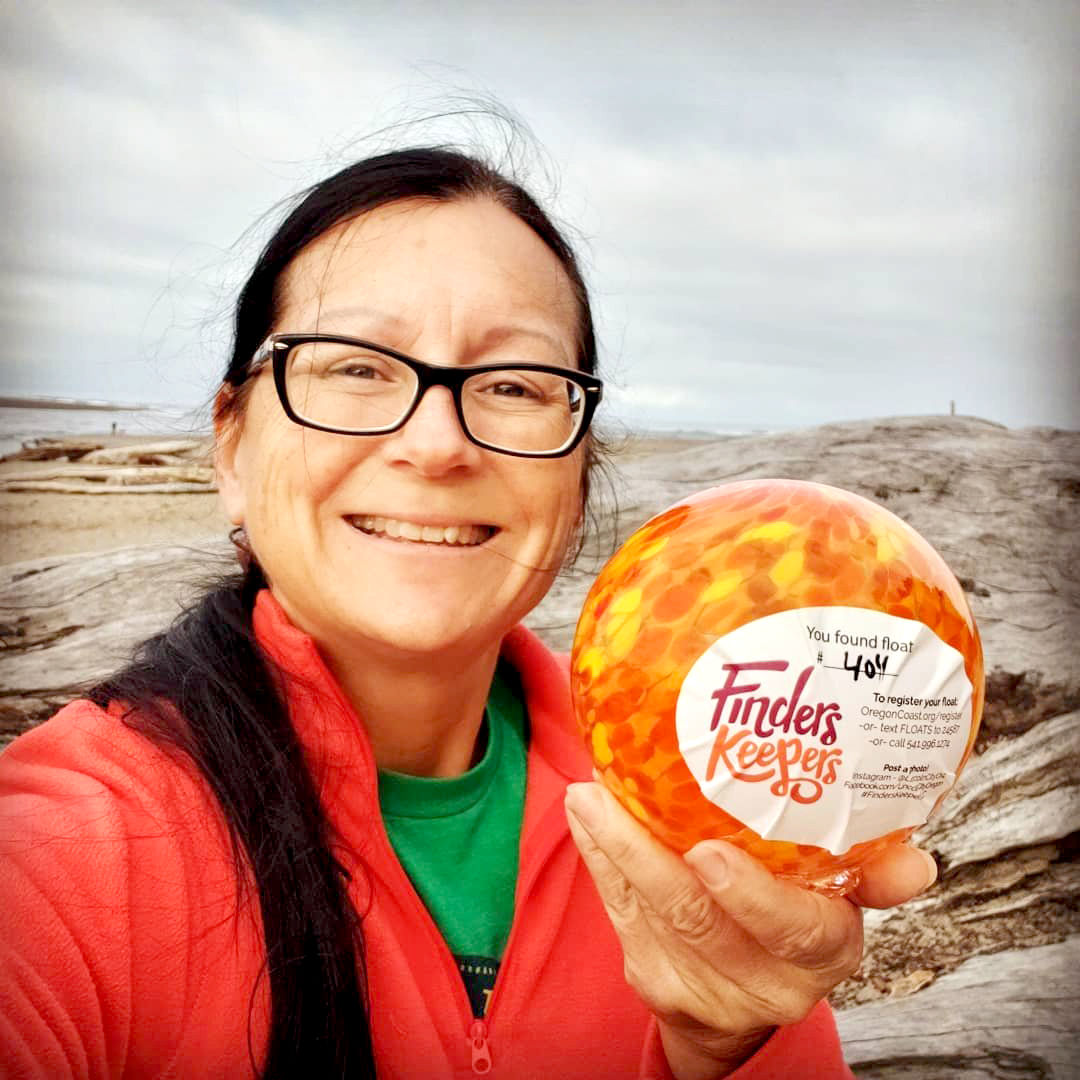 From the moment I set foot in Lincoln City, I knew something strange was going on.

How could one town, even a tourist town, possibly support so many glassblowers? How come all these retired people were spritely of step and wind-chapped of cheek instead of slumped in front of “Wheel of Fortune?” And why did everyone, even my bank manager, have sand on their shoes at odd times of the day?

Little did I know that these small, seemingly trivial details were indicators of something much, much bigger — the largest secret society on the Oregon Coast. What follows is a tale of clandestine beach walks, industrial quantities of glass art and thousands upon thousands of visitors who will never forget their time in Lincoln City. This is the story of Finders Keepers.

The first clue came in the form of the glassblowers. I bumped into a crew of them late one afternoon at the Pacific Grind coffee shop. Exhausted and bleary of eye after a hard day’s work, they sank double espressos and griped about having to go back to the forge for a night shift.

“What’s so urgent that you’re working nights?” I asked the head blower, a guy with deadlocks and a set of piercings that looked like a Workers Comp claim waiting to happen.

“Big order,” he said, between bites of a frosted almond scone, “City needs a thousand floats by Monday.”

“What does the city want with a thousand glass floats?” I asked, my journalistic interest piqued by the prospect of a juicy public contracting exposé.

The head blower’s face turned white. A chunk of almond scone dropped from his mouth.

“I’ve said too much,” he gasped, grabbing his espresso and making a beeline for the door.

The next piece in the puzzle was the smiling kid. I spotted her while grabbing scenic shots of the Lincoln City beach one glorious, sunny morning in October.

She was tough to miss, beaming from ear to ear as she sprinted across the sand towards her grandpa, who was sitting on a beach log poking at this phone.

“Look what I found poppa!” she squealed, holding aloft an exquisite green-and-blue swirled glass float half the size of her head.

Grandpa was duly impressed and, soon, photos of the kid and her treasure were filling social media and putting Lincoln City on the virtual map.

“Just over there, under that log,” she said, before skipping off to the parking lot to share the find with grandma.

The final straw was Betty and her bulging backpack. I would bump into Betty at beach accesses all the time, normally with me arriving for a meditative stroll just as she was finishing her morning constitutional.

But this morning was different. Unable to sleep, I found myself heading to the beach early, arriving just in time to see Betty manhandling the bulky backpack from the trunk of her beat-up Camry.

“Going camping, Bet?” I called out as I approached, causing poor Betty to jump a mile in the air and send the backpack crashing to the asphalt. As it hit, I heard the telltale clink of breaking glass.

Betty regained her composure, gathered up the backpack and made her excuses, rushing down to the beach with the determination of freshly-hatched baby turtle making its way to the ocean. My scoop-detector went off the chart and I decided to make chase.

Betty was spry, but at 74 years old, she was still an easy tail. I darted from beach log to beach log as I followed her down the sands. I watched as she dug float after float from the depths of the backpack, hiding them under logs, among clumps of beach grass and atop scraggly mounds of kelp.

I kept on tailing Betty even after she got back into her car, following that beat-up Camry all the way through town to a nondescript warehouse behind a well-known chowder joint. With one last look over her shoulder, Betty opened the door and disappeared inside — with me hot on her heels.

What I saw behind that door is a sight I will take to my grave, floats of every conceivable color, piled on every flat surface and sprinkled with a liberal addition of glass sea stars, sand dollars and other trinkets.

Three sets of eyes stared at me in stunned silence; Betty and a pair of middle-aged women who had been cataloging the treasures stood frozen in their tracks.

I pulled my act together and flashed my press pass.

“Oregon Coast TODAY,” I announced. “I’ve got a few questions.”

Half an hour and two cups of tea later, the ladies were singing like Tweetie Pie and I had my scoop — the story of Finders Keepers.

Each year since 1999, the city’s Finders Keepers program has seen volunteers known as “float fairies” hide thousands of glass floats for beachgoers to stumble upon.

As the name suggests, anyone lucky enough to find one of the colorful baubles, inspired by the Japanese fishing floats that used to wash up on Oregon beaches, gets to keep it as a memento of the coast.

Fittingly enough for a program that has inspired so many thousands of people to scour the sands, Finders Keepers was born out of an idea that came to Waldport artist Bryan Duncan during a beachcombing trip in 1997.

Duncan said he had been trying to think of a suitable art project to mark the year 2000, when he and his wife hit the beach in search of treasures.

Lincoln City pounced on the idea, with its Visitor & Convention Bureau joining local businesses in pledging support. The Oregon Coast Council for the Arts and the Central Oregon Coast Association also helped get the project up and running.

Initially confined to the off-season to boost visitor numbers during the rainy months, Finders Keepers has since expanded into a year-round operation.

In recent years, the city has tasked its fairies with distributing not only floats but also glass sand dollars, crabs, sea stars, shells and coins.

The trinkets are designed to be easy for fairies to conceal about their person, reducing the chances of them being followed by overly keen beachcombers.

Scott Humpert of Explore Lincoln City said the special drops are an effort to expand the Finder Keepers program, which he said is the city’s most popular promotion.

He said many people who find floats contact the city to say ‘thank you,’ or to request a certificate of authenticity or a biography of the artist who created their piece.

While the city has a core group of fairies who have prowled the beaches for many years, there are opportunities for new volunteers. Anyone interested should contact Explore Lincoln City at 541-996-1274.

In addition to plenty of fresh air and a little exercise, Humpert said prospective fairies should expect their duties to include a touch of secrecy to ensure no beachcombers have an unfair advantage.

“We do prefer to keep it a little bit on the down low,” he said.

Finders Keepers will celebrate the start of its 20th year at the Glass Ball, a gala reception geared toward locals, to be held on Saturday, Oct. 19, at the Beach Club & Events Center, 2020 NE 22nd Street, Lincoln City. For tickets, go to www.oregoncoast.org/glass-ball.