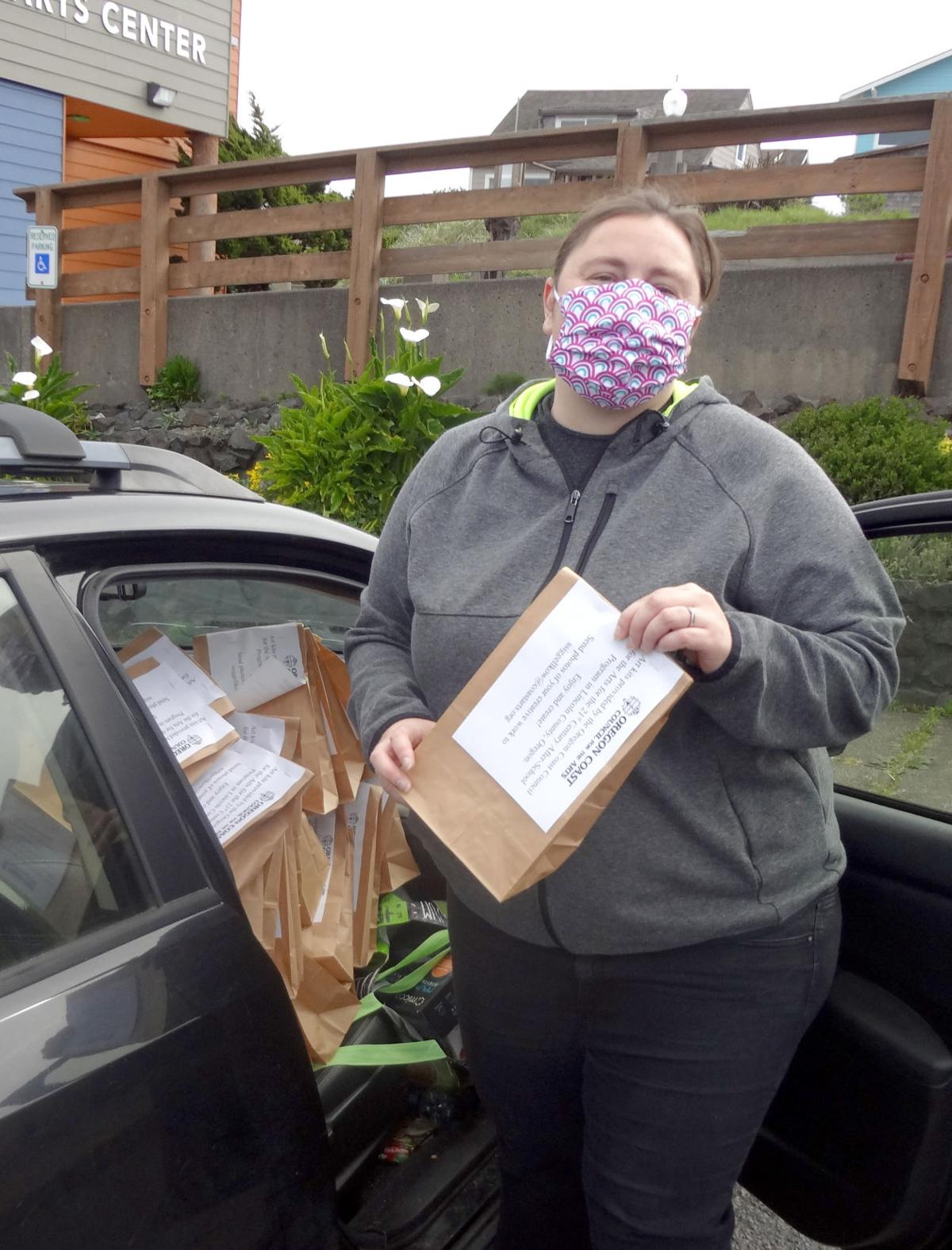 The Oregon Coast Council of the Arts has started putting together art kits for distribution to students enrolled in the 21st Century After School Program held at Sam Case Elementary in Newport.

OCCA Arts Learning Coordinator Sara Siggelkow and Janet Webster, chair of the VAC Youth Arts Advisory Board, put together a program that delivers map-themed kits once a week for four weeks, with help from other volunteers, including Veronica Lundell and Cathey Briggs.

Each week, McKenzie Purdom of the 21st Century program, delivers new pages and materials directly to the homes of the 31 enrolled students. The kits include a tab, a colorful page, a notebook page, four sheets of drawing/sketching paper, plus pages specific to each week’s challenge. The book itself is made from a recycled file folder and brads that the kids created during their first week.

Week One was about pattern and the parts of a map. Students were tasked with drawing eight repeating patterns and drawing a map of where they live, complete with a key and border.

In Week Two, students studied texture and texture plates. They were tasked with making rubbings of four different items; experimenting with single colors and multiple colors; and then making a map of their favorite place, using texture to represent different areas.

Week Three will be about shape, with the challenge for students to draw a map of their families. Week Four will ask students to combine all the skills they have learned to make a treasure map.

The art kit idea grew out of an existing OCCA program to provide hands-on art lessons to kids enrolled in the 21st Century Program, a federal initiative that serves homeless and at-risk youth. These efforts have been funded through a generous grant from US Bank.