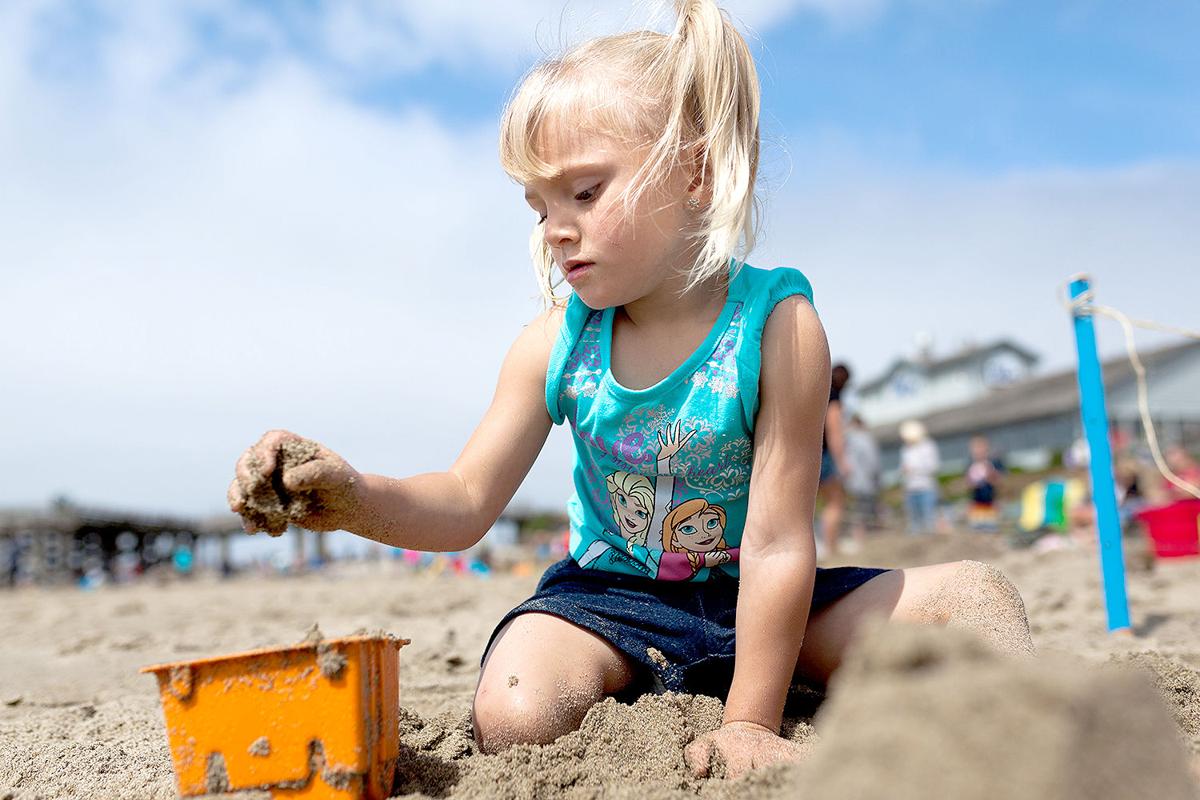 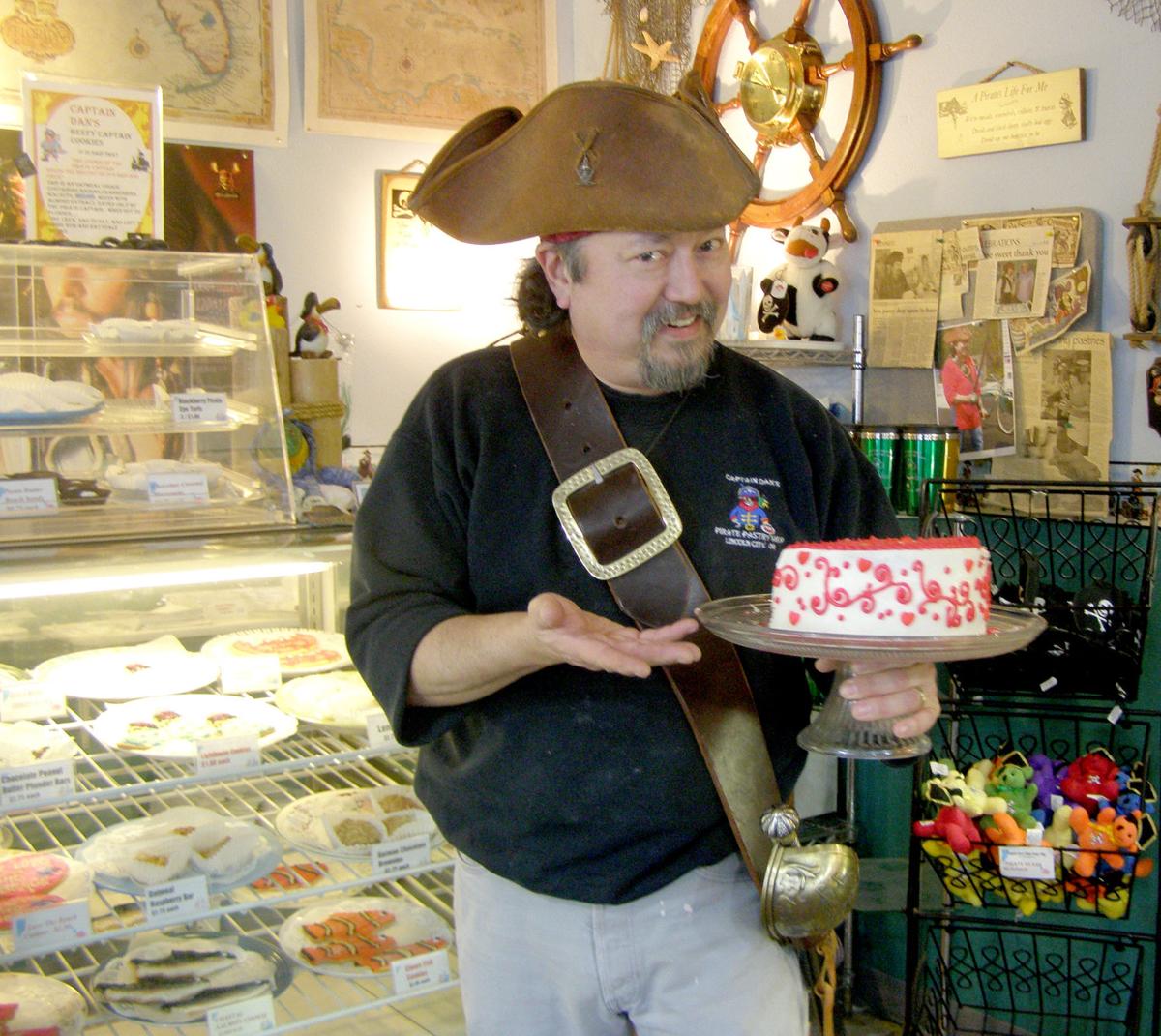 As Lincoln City fills up for this weekend’s Taft Beach Sandcastle Contest, budding beach architects will find artistry of a different sort on display at Captain Dan’s Pirate Pastry Shop.

The lively shop, where sweet treats meet sardonic sensibilities, is crewed by Kathy Draper, who does the baking, and “Cap’n Dan” Draper, who brings the pirate flair. They like to amuse themselves, and their customers, while they sell a treasure chest full of cookies, pies, cakes and pastries with a pirate theme.

Chief among the offerings is the shop’s undisputed bestseller — the shipwreck turnover.

“It’s probably the only baked good on the seven seas that combines apples, cream cheese and caramel with the sweet bounty of BACON,” Dan said. “We called it a shipwreck because that’s what it looked like when we took it out of the oven.”

Before embracing the pirate lifestyle, Kathy and Dan spent most of their careers in rather staid office environments, at the Portland Branch of the Federal Reserve Bank and in other financial institutions. Dan likes to say that when he was with the Fed, he couldn’t even see the box to think out of. Since they opened their pastry shop in February 2008, he has been a full-time pirate, wearing a leather tri-corner hat and dispensing the pirate puns.

The Drapers have decorated their restaurant with nautical details, smart-aleck signs, driftwood mobiles and a mechanical parrot named Polly. In between the cookies, pies and cakes you’ll find maple cinnamon rolls and Pirate Eyes (small tarts filled with jam). As Cap’n Dan loves to snarl, “It’s just another day in Pirate Eyes.”

Kathy, who was a prize-winning baker long before they opened the shop, believes in old family recipes, like turnovers and layer cakes, made with real butter and shortening, real whipped cream and fresh eggs, and Northwest favorites like marionberries and hazelnuts. She prides herself on an extra-flaky pie crust and cookies that you can’t stop eating.

The rolls and coffee go down easy with a cup of joe from the Pirate Coffee Company, an unaffiliated but equally arrr-dent roasting and retail shop in Depoe Bay. The Drapers grind each batch as they brew it, so the coffee is always fresh and flavorful.

Customers are welcome to take their bounty and leave, but if they stay, Cap’n Dan and his first mate try to show them a good time.

Kids are always welcome at Captain Dan’s. In fact, the captain’s distinctive tri-corner came about as the result of some constructive criticism from a sharp-eyed young customer.

Captain Dan’s Pirate Pastry Shop, at the corner of SE 51st Street and Hwy. 101 in the Taft neighborhood of Lincoln City. Summer hours are 8 am to 2 pm, Wednesday through Sunday; and 8 am to noon on Mondays. For details, call 541-996-4600 or find them on Facebook.