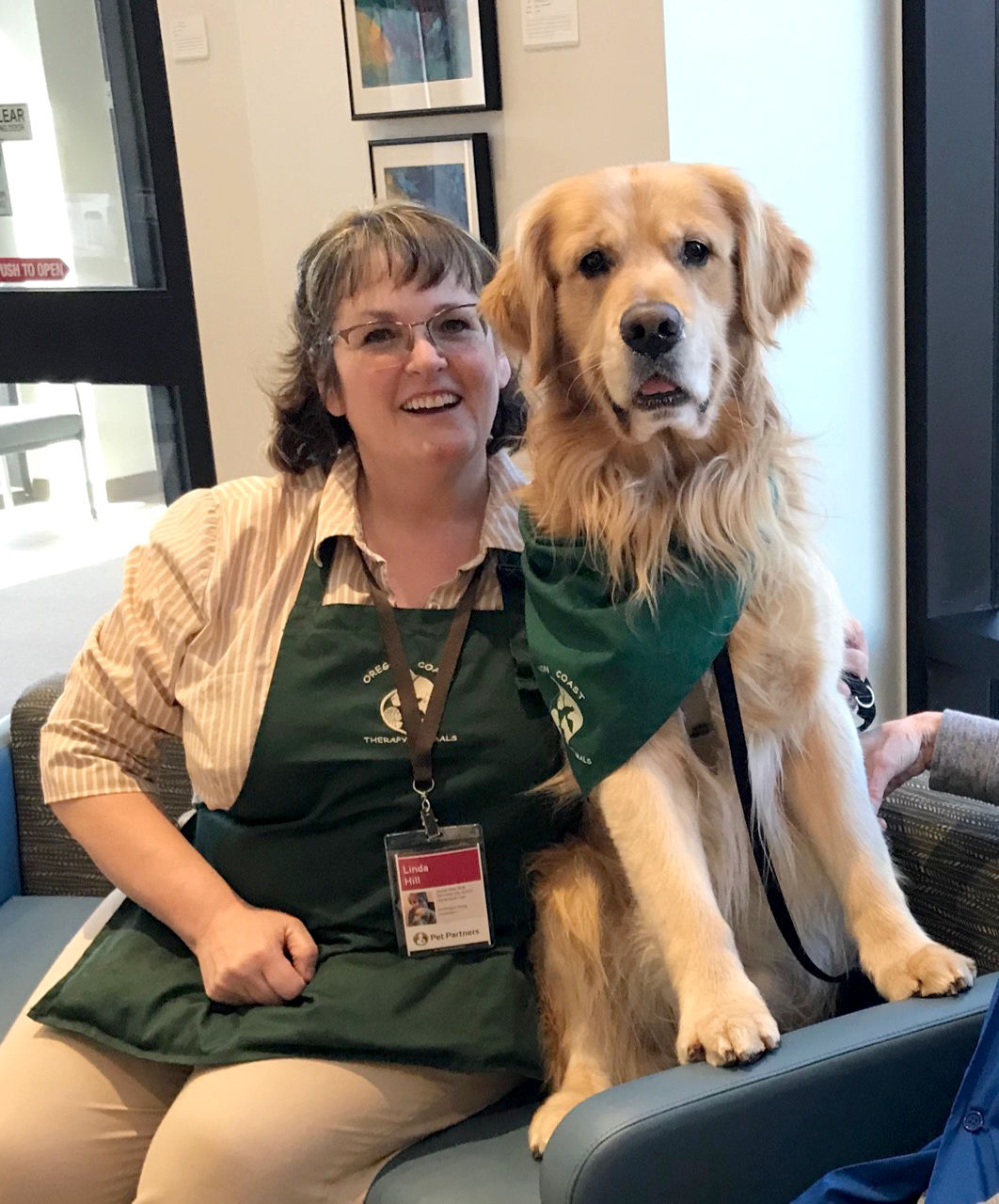 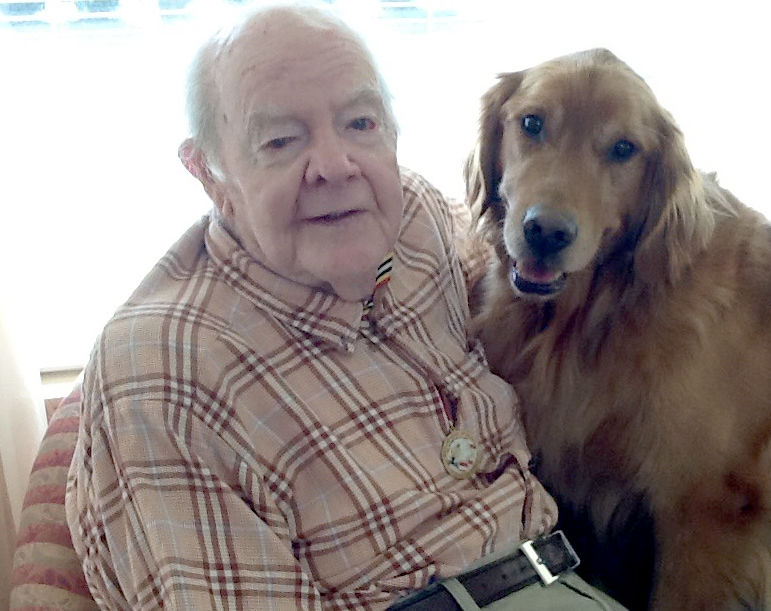 “The work that you do makes a huge difference. Our community and victims are beyond blessed to have you and Oregon Coast Therapy Animals. I think we should utilize therapy dogs more.”

For more than 15 years, Linda Hill has been taking her canine companions to senior centers, hospitals and to the Lincoln County courthouse to let others benefit from the therapeutic effect of dogs.

“The situations we end up in range,” Linda said. “From pre-trial conferences where the witnesses are being prepared and even conferences with a murder victim’s family. We quite often sit in the witness room while they are waiting to go talk about the worst day of their life; it can be really tough.”

When Linda joined Oregon Coast Therapy Animals (OCTA) about 15 years ago, she was hopeful but unsure if her dog, Cooper, would pass the training provided by another local team.

“Our first test was to sit with a witness who was going before the grand jury and Cooper took to it like a duck to water,” Linda said. “The witness was waiting in an office with five other women. Cooper already knew two of them but he walked in, made a 90-degree turn and went straight to the person he was supposed to be with, totally ignoring the people he knew. I wouldn’t have picked her out but he did and he just clung to her. That’s when I knew it was going to work out.”

OCTA works with the non-profit Pet Partners, which educates and certifies dog and human teams.

“One of the important things Pet Partners teaches you to do is read your dog’s body language,” Linda said. “Cooper was so overt, but now I’m working with Cash, who I call my downward-facing dog. He’s more subtle with his emotions and expressions but he figures out where he’s needed. We were working with one girl during a trial and it was a very stressful situation. At one point, we were allowed to be in the courtroom and Cash went right to where she was sitting and stayed perfectly still, holding his head so she could be petting him the whole time. Later she was on the stand and one point she started getting emotional and he smooshed in there and laid on her feet.”

One of Linda’s past pet partners, Scouty, really made a difference in the life of at least one of the seniors they visited regularly.

“We used to visit a really sweet gentleman named Bill in a memory care facility,” Linda said. “They really bonded. Sometimes all they would do is just take a nap but they were so happy to be together. We arrived for our weekly visit one day and were told Bill had fallen in the night and was in the hospital, so we went there to see him. When we went into his room he was semi-conscious but immediately perked up when he saw us. He would blow gently in Scouty’s face and say to the staff, ‘Have you met my dog?’ When he passed away, Scouty really grieved.”

Linda has had many different dog breeds in her life, but says that she has been gravitating to golden retrievers.

“It’s not about the breed, how they look or where they came from, it’s about temperament,” she said. “Breeds have their tendencies, but there are variations within the breed of course.

Goldens appear a lot in this kind of work because they are so snuggly, but I’ve seen all different kinds of dogs doing this work.”

Linda is now working as an evaluator for people who think they and their dog might be good in this type of work.

“The dogs don’t have to be perfect,” she said. “They don’t have a perfect heel or sit; they just have to have reasonable skills. The most important thing is if they seek out and enjoy interactions with people. We work up to the dog being in a situation where there are groups of people and check to see if they are distressed. Then we assess the handler — that’s just as important.”

Though she has spent countless hours in training and volunteering, Linda can’t say enough that she thinks the work is worth it.

“We love all it, but I think what we do in the courthouse is really important.” she said. “It’s always gratifying to see the cops get down on the ground with the dogs, too. They have all this stress in their jobs, but their demeanor changes when they are on the ground with this heavy bundle of love and joy. It’s so rewarding being able to provide this little bit of relief for people who give up so much to keep the community safe. But I also always carry a lint brush.”

Visit petpartners.org to learn more about therapy dog training and to get connected with local partners.