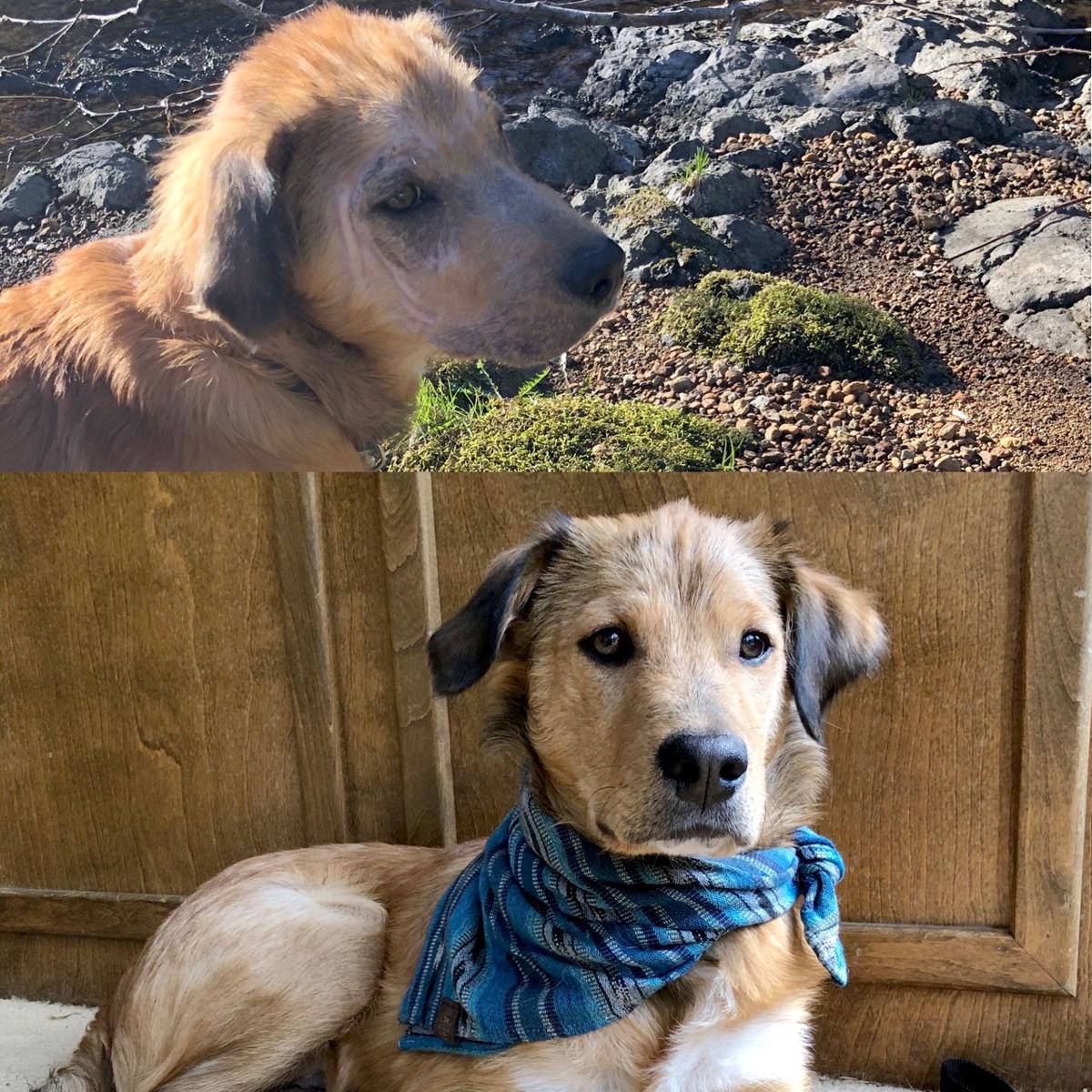 Jack before and after his foster placement 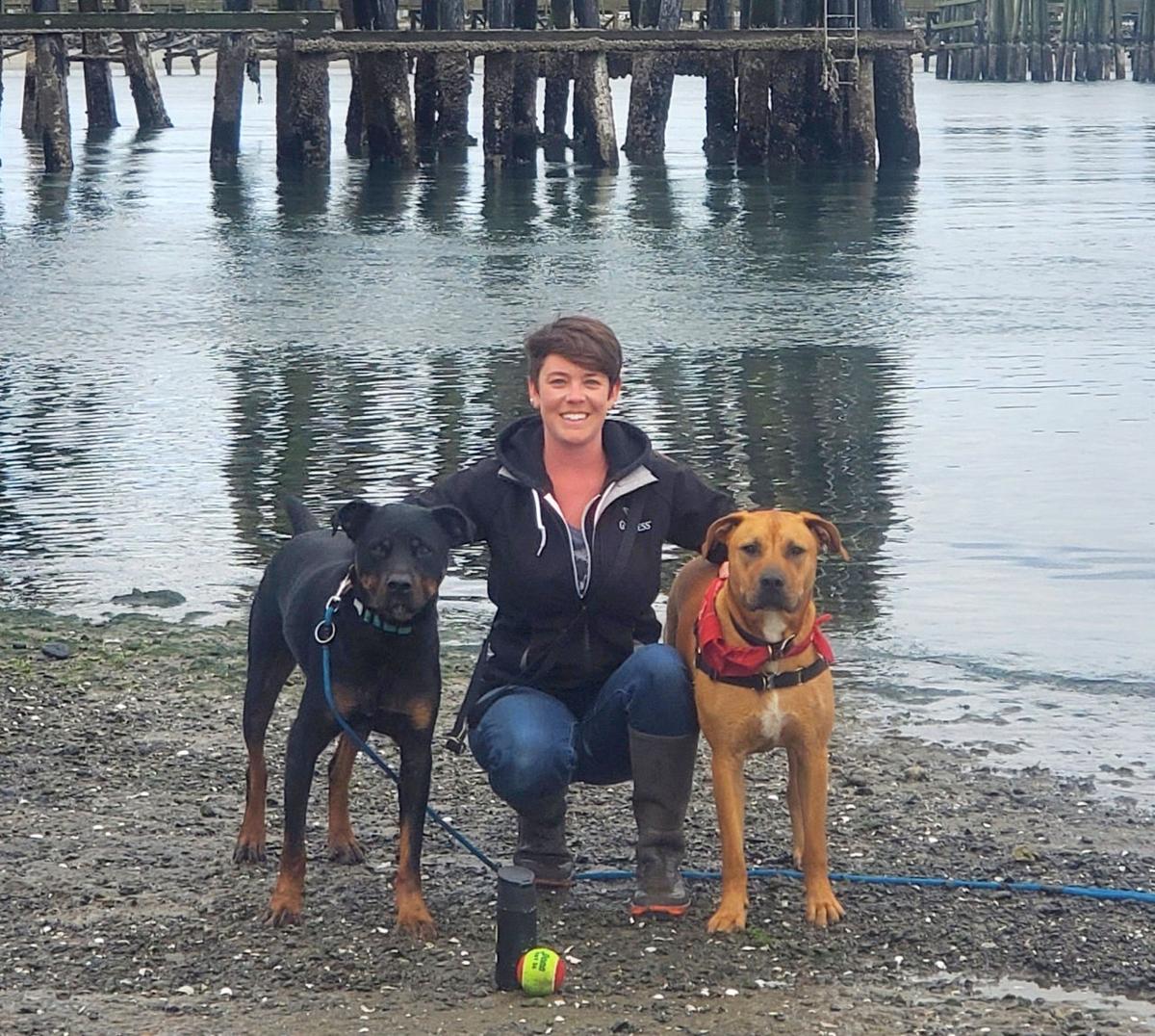 Lonna Roe with Carl and Bruno

Jack before and after his foster placement

Lonna Roe with Carl and Bruno

We named him Jack. When he was in his kennel, he was a Jack in the box. Once, he threw up and it looked like a Jack-son Pollock. Until he was fully potty trained, he had a few Jack-sidents. And sometimes, like most puppies, he can be a real Jack…. well, you get the idea.

We ended up with Jack, a stray with a terrible case of mange, in mid-March when the Lincoln County Animal Shelter was forced to close its doors to the public due to the onset of COVID-19. This also meant no longer being able to depend on the regular volunteers and having only one staff person on-site per shift.

Though the shelter has long had a robust foster program for cats, dogs are not commonly fostered. But when the community was asked for help, people quickly stepped up.

Lonna Roe is another animal lover who volunteered to take in a dog. She was already a valued foster at the LCAS, having formerly taken in a litter of kittens, all of which were rehomed.

“It sounded like something that my boyfriend and I would be good at doing so we gave it a try,” she said. “The foster program is great; especially in times like this. Being able to help the shelter to have more spaces in emergency situations needed to happen. It’s helpful for both the dogs and the people.”

The dog that Lonna and her boyfriend took in is a 75-pound Rottweiler/lab mix named Carl.

“He was found in Waldport as a stray,” Lonna said. “At the shelter, they were calling him Keith, but I thought he looked like the dog from the “Good Dog, Carl” books and the name really suited him.”

Carl isn’t the only dog in the house; the couple has a one-year-old pitt bull terrier/boxer mix that they rescued in Baja named Bruno, who also weighs more than 70 pounds. I can just imagine the dishes rattling in the house when the two young dogs have a rousing play session.

“They play really well together,” Lonna said. “I’ve been taking them to the beach because we are lucky to have our own little beach access. Whether or not we keep him is yet to be determined. Right now, if someone wants him we would consider giving him up. But we’ll see.”

Early on in the response to the COVID-19 crisis, veterinarians were told to limit any “non-essential” surgeries so that supplies could be saved for humans. Spaying and neutering were on the list of non-essential surgeries and, at the time of this writing, that order is set to stay in place until mid-June. The result of this action will be a much higher need for fostering and adoptions in the near future.

Though the shelter does not have a date yet when they will be able to re-open to the public, the adoption process is starting again, with phone and email transactions replacing many in-person ones.

The cost to adopt a dog from the LCAS is $150 for adults and $200 for puppies. For cats, the fee is $30 for adults and $50 for kittens. That might seem steep to someone who thinks adopting is providing a public service but, unlike animals from breeders and even pet stores, the fee covers spay/neuter, microchipping, getting the pet current on inoculations, one vet appointment and a session with a trainer.

There are few things as wonderful as watching a dog that landed in a shelter after a life of abuse or neglect blossom under good care. When I first adopted my girl Scout, she was a trembling ball of fear. I miss the days that she would sit on my lap because it was the only place she felt safe. Now she strides through the world with amazing confidence and my heart swells with a mixture of a lot of pride and a teeny tiny bit of nostalgia for those days when my lap was a safe haven.

Even though we were ready to keep him, in the end we gave Jack up to a new, and honestly perfect, fur-ever home. I’ve cried a lot, but I knew it was the right thing to do and was after all what I had signed up for as a foster parent. These animals crawl into your heart, but the joy of giving them a better life trumps any sadness that comes when you make a connection with them and then have to let them go.

It’s a sad reality, but there will always be another dog that needs a haven, and we know another dog in need will be coming our way soon. We can’t wait to meet them.