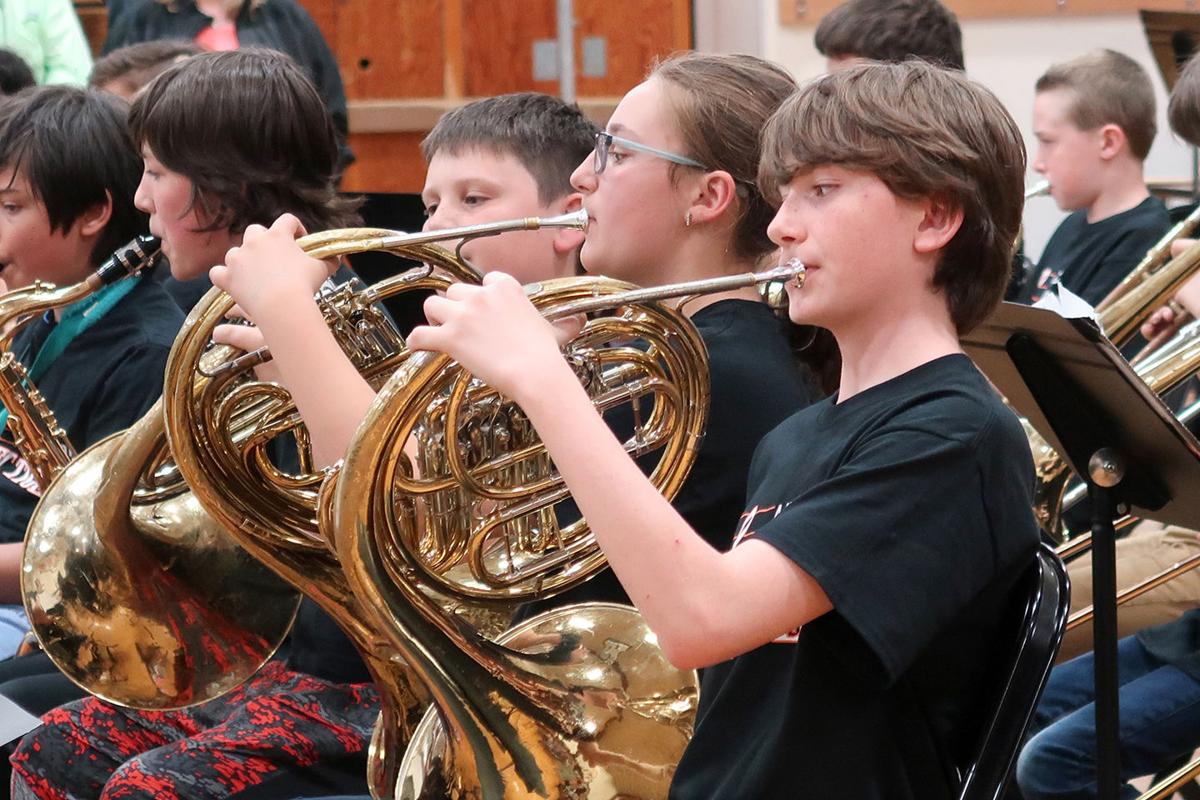 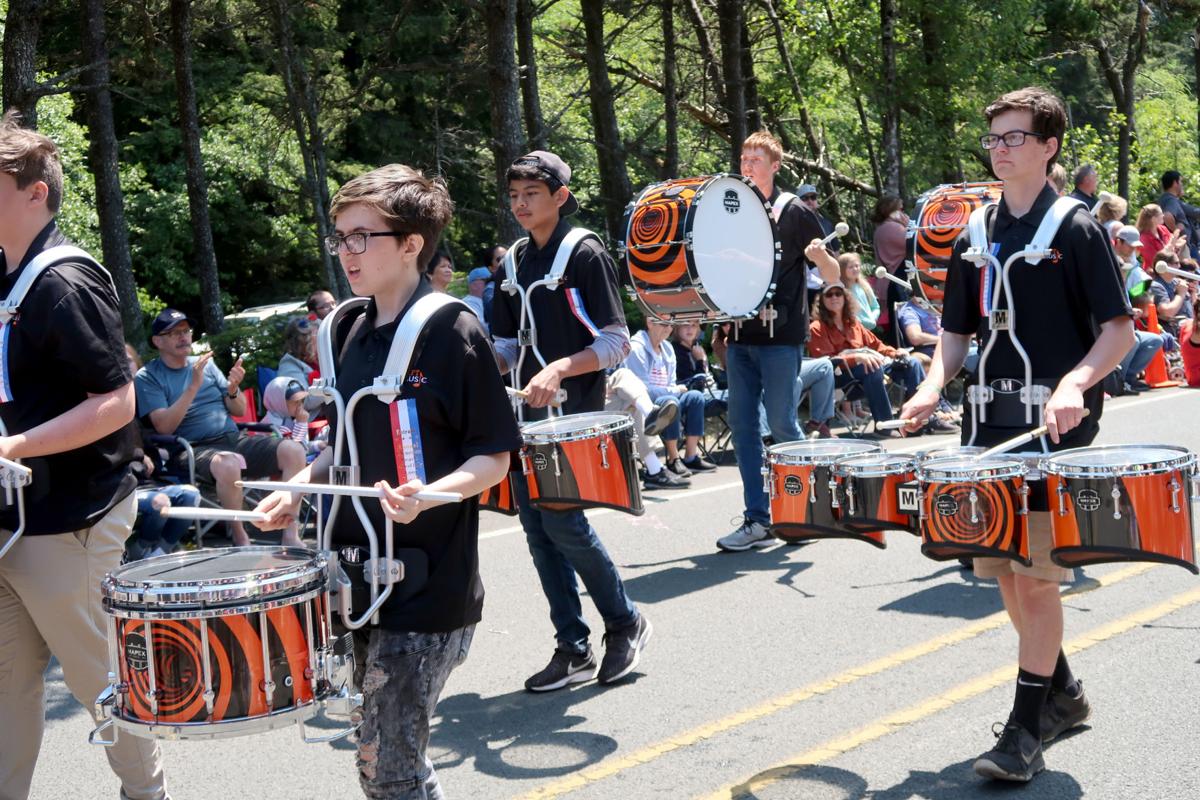 In an era when music programs in schools have been severely eroded, one grassroots organization is implementing innovative ways to keep music education within reach of students from K through 12

Lincoln City might be popular for its expansive beaches, but it is also becoming synonymous with excellent musical offerings, which range from year-round intimate concerts hosted by the Lincoln City Cultural Center to the annual Siletz Bay Music Festival. But perhaps most integral of all to this community is the music that echoes up and down the halls of its schools — a sound now absent from many others due to budget cuts.

Last summer marked the launch of Lincoln City’s Music is Instrumental (MII), a nonprofit organization founded in November 2018 with the mission of ensuring that all children in the Lincoln City area have access to quality music education, performances and instruments. Swinging into action in June 2019, at the end of a five-year Oregon Community Foundation (OCF) grant, which fueled the city’s Studio to School program, MII visionaries teamed with local educators to not only sustain this effort, but to expand it.

As a result, according to MII Director of Operations Christine Tell, 1,200 students now benefit from music education and exposure to a broad swath of music genres. In fact, music education is now a requirement for elementary school kids at Oceanlake and Taft elementary schools, and a popular elective for older students at Taft High School (aka: Taft High 7-12). In addition, the OCF has awarded MII a grant to expand music education into Waldport Middle School under the direction of Principal Amy Skirvin and music teacher Tim Chase.

Local supportBecause MII is a nonprofit organization, funding through donations, sponsorships and grants is imperative. But MII Board Director Mark Sanders relates that scores of generous donations come from patrons, members of the community and local businesses. “Many fondly recall the positive experiences they had with music in schools and want to make sure our students today have that life-changing opportunity,” he says. “We’ve even received a dedicated contribution for rainforest drums and another for ukuleles for an entire class of students in grades K-2.”

Sanders also notes that this year a valuable partnership with the owners, management and staff of Salishan was forged. The upshot was that MII became a designated beneficiary of the Salishan 2019 summer concert series.”

Additionally, a grant from Explore Lincoln City supports an annual “FunRaiser,” slated for Friday and Saturday, Feb. 21 to 22, at Salishan Resort (see sidebar). The weekend benefit event, featuring music performances, dining, dancing and auctions, draws people from the coast as well as Portland and surrounding areas.

It takes a communityFor many local families, laying out cash for an instrument could be a deal breaker. But thanks to partnerships, the MII program has been able to purchase increasing numbers of instruments, which are then available to kids through an innovative music lending library located at Taft High.

“For the last five years, the Studio to School Project, now Music is Instrumental, has had a partnership for the purchase and rental of instruments with Tigard Music,” Tell said. “This has helped keep prices affordable.”

Majalise Tolan, Lincoln City School District secondary teaching and learning administrator, adds that instruments are provided at no cost for students needing assistance. “It is wonderful to see students thrive musically and academically when all barriers to access are removed,” she said.

Bringing in the prosFunding of instructors is another challenge that has been overcome through local resources. Again, generous financial support has allowed MII to retain retired professional musicians (“expert technicians”) to mentor and teach students. This includes a grant from the Oregon Arts Commission to fund stipends for these professionals to work with students.

“The professional training and experience of our expert technicians is unparalleled for a small rural community,” Tell said. “They work with beginning musicians on holding the instrument and producing sound. They also instruct small groups of students in sectionals like percussion, coach soloists before an upcoming performance, and help assess students’ proficiency throughout the year.”

“Our north area music teachers work collaboratively to align instruction, providing students with a clearly defined roadmap for building their music skills,” said Taft Elementary Principal Becca Bostwick. “One of the greatest indicators of success has been seeing the numbers of students who continue to participate in the middle school band at Taft 7-12.”

Mike Freel, director of Taft 7-12 Music, says he does his best to bring guest conductors in to work with his bands and choirs each year. He ticks off a list of visiting artists that have come to work with students, which includes trumpet player Dr. Keith Karns, a professor of jazz studies at Western Oregon University; Steve Peter, who has served as director of the acclaimed Pacific Concert Choir at Forest Grove’s Pacific University; composer Forrest Fisher, former music director for the Lake Oswego School District; and recent Taft graduate Mary Greenwood, currently a community college student, who serves as an apprentice expert technician, teaching beginning brass.

Other music luminaries recruited to participate include Professor Emeritus of Music Dr. Sandy Schaefer from Nebraska’s Chadron State College, who specializes in percussion and performs locally; pianist and music instructor Andrea Roesel, who studied at the Berklee College of Music; and retired high school band director Fred Schmale, who also performs with the Lincoln Pops, and provides instruction in trombone for grades six through 12.

Game changerThe value of music education, in and of itself, would be hard to overstate. But it appears to come with added bonuses.

Taft 7-12 Principal Nick Lupo has watched the evolution of the Studio to School/MII program and its effects on kids over the past five years. “At the end of the first year of having music in 2015, assessment data revealed that reading and mathematics scores tended to be higher for the 65 students who chose sixth-grade band,” Lupo said. “Knowing that all students could benefit, we required that the next year all 122 students take band in sixth grade. It was an easy decision to make in order to benefit all students.”

Oceanlake Principal Sandy Mummey notes a similar impact on students in kindergarten through second grade. “Research shows that students who are exposed to music have increased attendance and do better on academic assessments,” Mummey said. “This year we have an increase in our regular attendance rate, and students are demonstrating increased reading proficiency on district assessments.”

Freel observes that out of the student body as a whole, many of the highest-scoring students are in band, choir or both. “This is a true testament to the ability of music to increase brain power and intelligence,” Freel said. “Besides,” he adds, “band and choir are where all the fun happens.”

Putting it all togetherThe chance to perform is sure to be a definite perk for many students. Performance opportunities, scheduled throughout the year, include two for elementary schoolers, and three concerts for high school students in band and choir.

Karin Teisl, who teaches music at Taft Elementary, says the inclusion of choir in the sixth-grade music requirement in addition to band, expands the types of music students might perform.

Even the youngest kids get a chance to perform what they’ve learned. Oceanlake music teacher Gwen Lahti, who works with K-2 students, notes, “We introduce our students in grades K-2 to concepts such as beat, rhythm, tempo, and pitch through games, movement, collaborative activities, singing, and playing instruments.”

Competitions also figure prominently during the year. “For the past two years all three high school ensembles: Symphonic Band, HS Choir and Jazz Band have all qualified and competed at the state level for music,” Freel said.

The bottom lineBut, aside from improvements in math, reading and attendance, what really counts is how the kids themselves feel about music education.

Taft High School 10th-grader Sam Cortez, is one student whose future is likely to involve sticks, skins and maybe a set of cymbals. He says that’s because playing in band, starting in sixth grade, has had a huge impact on his life.

“I have many friends in band,” Cortez said, “and we support and encourage each other. It’s also been an escape, and relieves stress for me.”

Cortez said he enjoys the community feedback he and his band mates get when the Pep Band plays at football games. He adds that he’s also a proud member of the school’s award-winning Jazz Band, and the recently formed Taft Tigers Drum Line, which marched in last year’s local Fourth of July parade.

But perhaps most telling, Cortez reports, “In the future, I want to continue drumming and get a scholarship to play in college.”

Thanks to the help of a forward-thinking program, Cortez has a good shot at realizing that dream.

Music is often described as a language that can be understood by all. If the people behind Music is Instrumental have their way, the students of Lincoln City will speak it fluently by the time they graduate. And in these divisive times, that seems like a pretty sound strategy.

Set for Friday and Saturday, Feb. 21 and 22, the FunRaiser 2020 from Music is Instrumental offers guests the chance to enjoy great music on any budget.

On Friday, guests will be treated to an opening performance by the Taft High School Jazz Band, followed by a show from vocalist Kate Morrison and bassist David Captein. The party starts at 7 pm at Salishan Resort, with tickets $35 apiece.

Tickets at https://musicisintrumental.net Both nights $115.