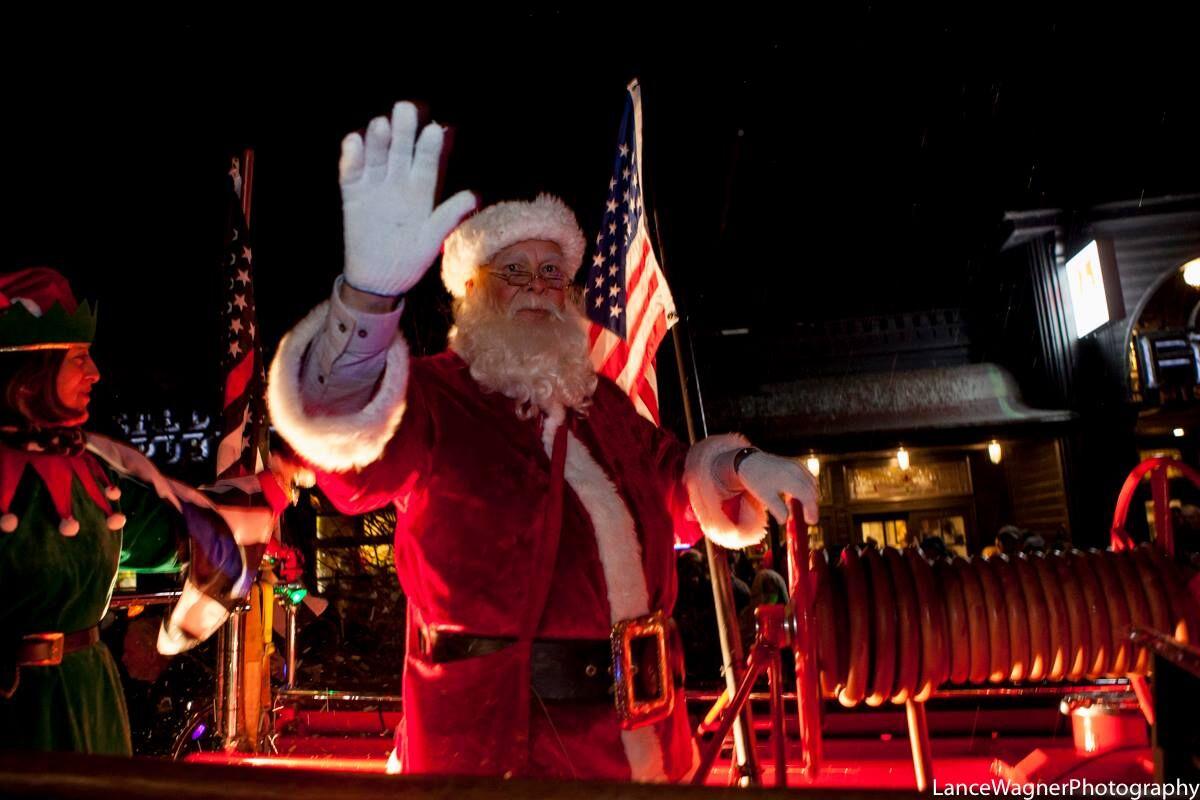 Santa Claus waves to the crowd during the Seaside Parade of Lights. 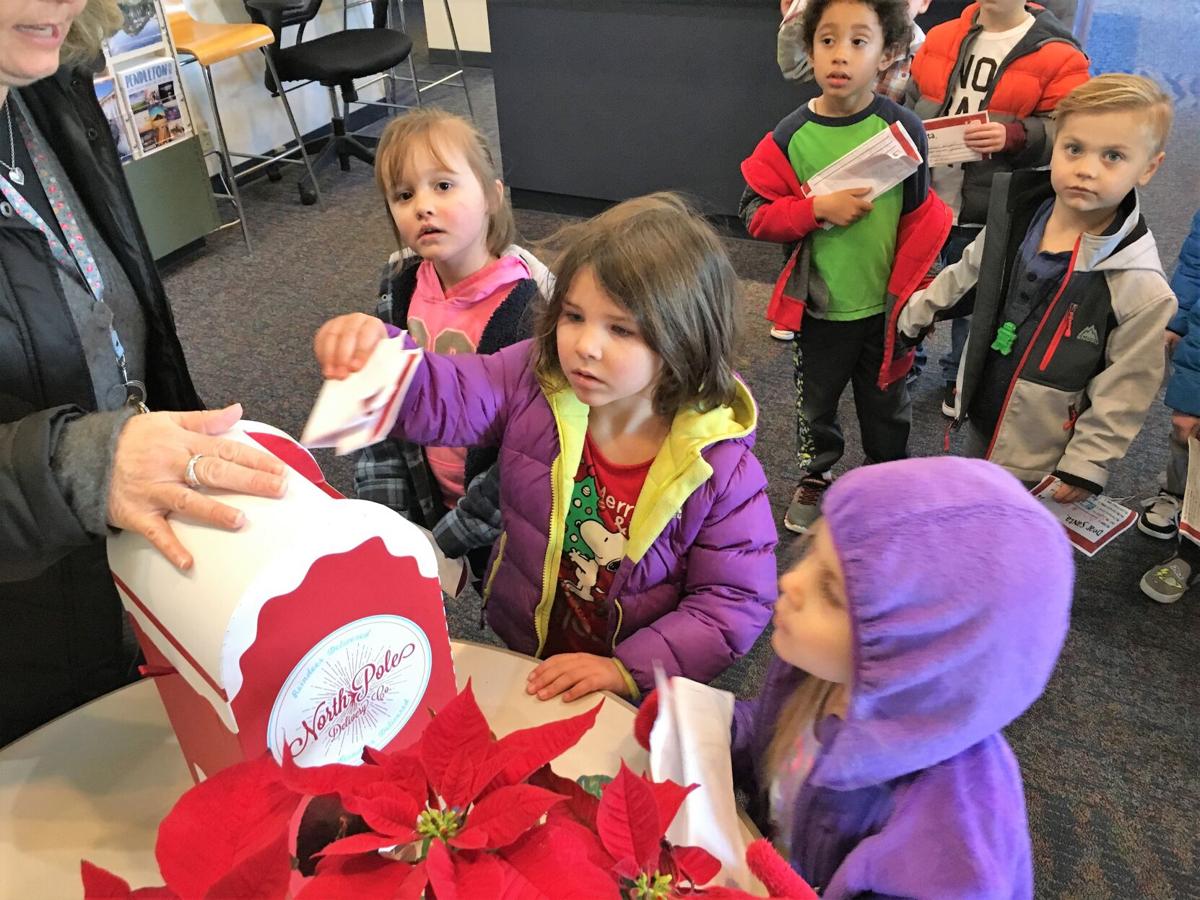 Children mail their letters to Santa at a previous Yuletide celebration in Seaside. 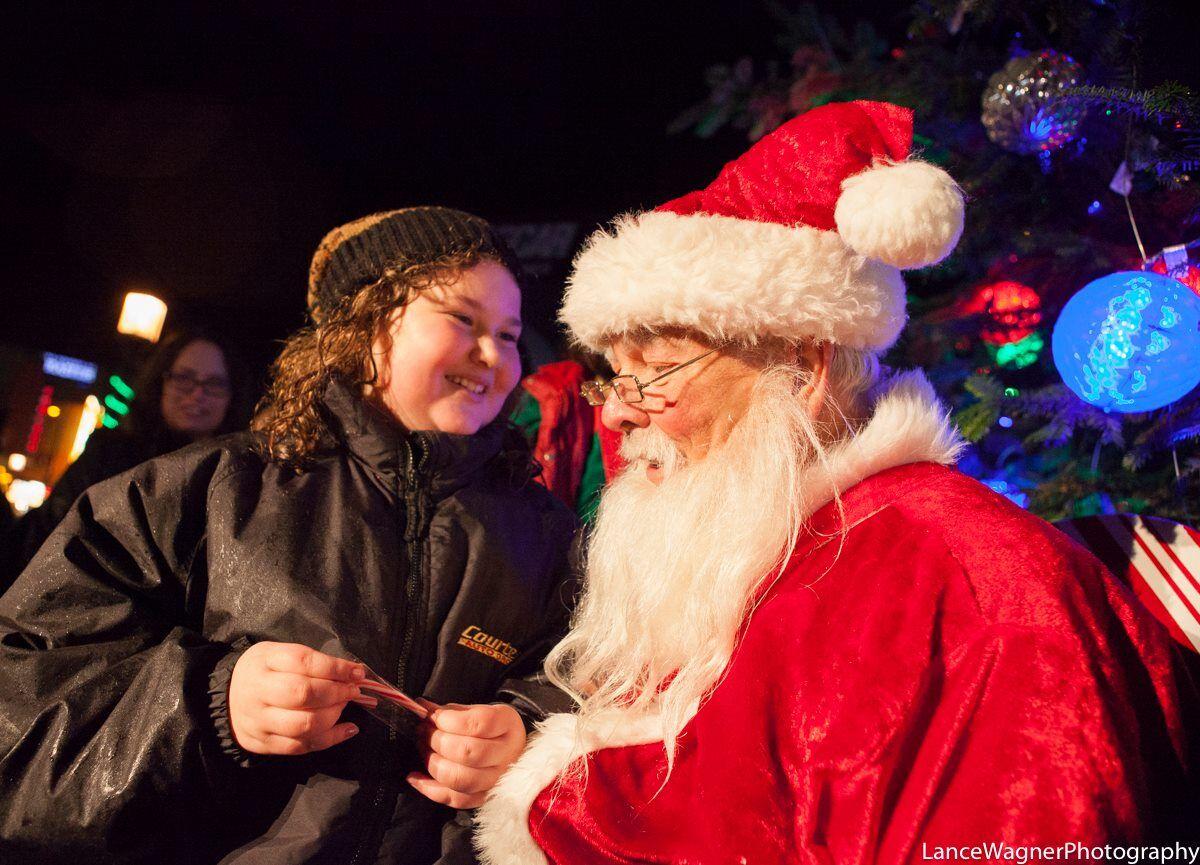 Santa Claus hands out candy canes at a previous Yuletide in Seaside celebration.

Santa Claus waves to the crowd during the Seaside Parade of Lights.

Children mail their letters to Santa at a previous Yuletide celebration in Seaside.

Santa Claus hands out candy canes at a previous Yuletide in Seaside celebration.

Seaside is gearing up for a fun-filled holiday season, which will feature a slew of festive activities hosted by the Seaside Chamber of Commerce.

Yuletide in Seaside starts this weekend with the Seaside Parade of Lights and community tree-lighting ceremony. Both are making a return this year after being canceled in 2020 due to the pandemic.

A burst of new energy

“Parade of Lights is kind of the kick-off for everything,” said Katie McClintock, the chamber’s marketing and communications director.

The parade, sponsored by Pacific Power, starts Friday at 7 p.m. in downtown Seaside. At 8 p.m., Santa Claus will light the tree on Broadway.

Generally, the parade includes about 20 to 25 participants, and McClintock anticipates a similar number this year, although many entries for 2021 are first-time participants.

“We’re getting a new crowd,” she said.

That’s not to say there won’t be individuals from previous years who are known for their festive entries. Robin Knoll, a longtime chamber ambassador, said one of his favorite regulars is Ruth Swenson, manager of the Hillcrest Inn, and her cohort.

“They have a lot of fun with it,” he said. “Every year, it’s a little bit different.”

For many years, Knoll and other Chamber Ambassadors have assumed a number of roles and responsibilities to ensure a seamless event and festive atmosphere. During the parade, they hand out cookies, cider and hot cocoa to spectators from the patio at Finn’s Fish House and lead the caroling.

Knoll’s traditional role is overseeing the parade lineup with other ambassadors, as well as members of the Seaside Tsunami Amateur Radio Society. Knoll said it’s a team effort to make sure everyone is safe along the route, and “the parade goes off without a hitch.”

Along with the parade and tree lighting, the chamber has organized a variety of other seasonal activities, including a window-decorating contest, self-guided tour of lights, children’s coloring contest and the opportunity for kids to send letters to Santa Claus.

“It’s a lot going on at once,” McClintock said. “People are excited.”

The Tour of Lights was introduced by the chamber last year in lieu of the Parade of Lights.

The organization is bringing the tour back this year, with a new component. Businesses will participate in a window-decorating contest that features a “Reindeer Trail” scavenger hunt for kids. They have each received a small reindeer to incorporate into their window display.

“We want it to be discreet and hidden,” McClintock said.

For the scavenger hunt, children will be given a guide that shares the name of each reindeer and two photos revealing what the reindeer would see while looking out the window at their respective business. Those serve as the hints for the children to find the reindeer, McClintock said.

The guides are available online or to pick up at Grocery Outlet, where the reindeer Rudolph will take up residence as head of the Reindeer Trail. Once filled out, the guides can be returned to Grocery Outlet for a prize.

Meanwhile, residential participants will be added to the Tour of Lights. Families can find a map of where participating houses are located, take a self-guided tour to check out the decorations and light displays, and vote on their favorite. Winners will receive cash prizes.

Another fun holiday tradition is the chamber’s Letters to Santa program, which is open to children from across the county, McClintock said. Letters should be submitted before Dec. 15. Mailboxes are set up at the chamber of commerce, Seaside Public Library and Sunset Empire Park and Recreation District.

Also back this year is the artisan fair at the Seaside Civic and Convention Center. The event takes place from 11 a.m. to 5 p.m. Friday and from 10 a.m. to 5 p.m. Saturday. More than 80 vendors will be selling a variety of handcrafted items, including art, woodworking, photography, and goodies like fudge, truffles and toffee. Families also can pose for photos with Santa during the fair.

[beam] Thanks to all for organizing, such a nice show. We where enjoyed with my wife Marina.

We do have video that would love to share with all. It was really fun for our family.