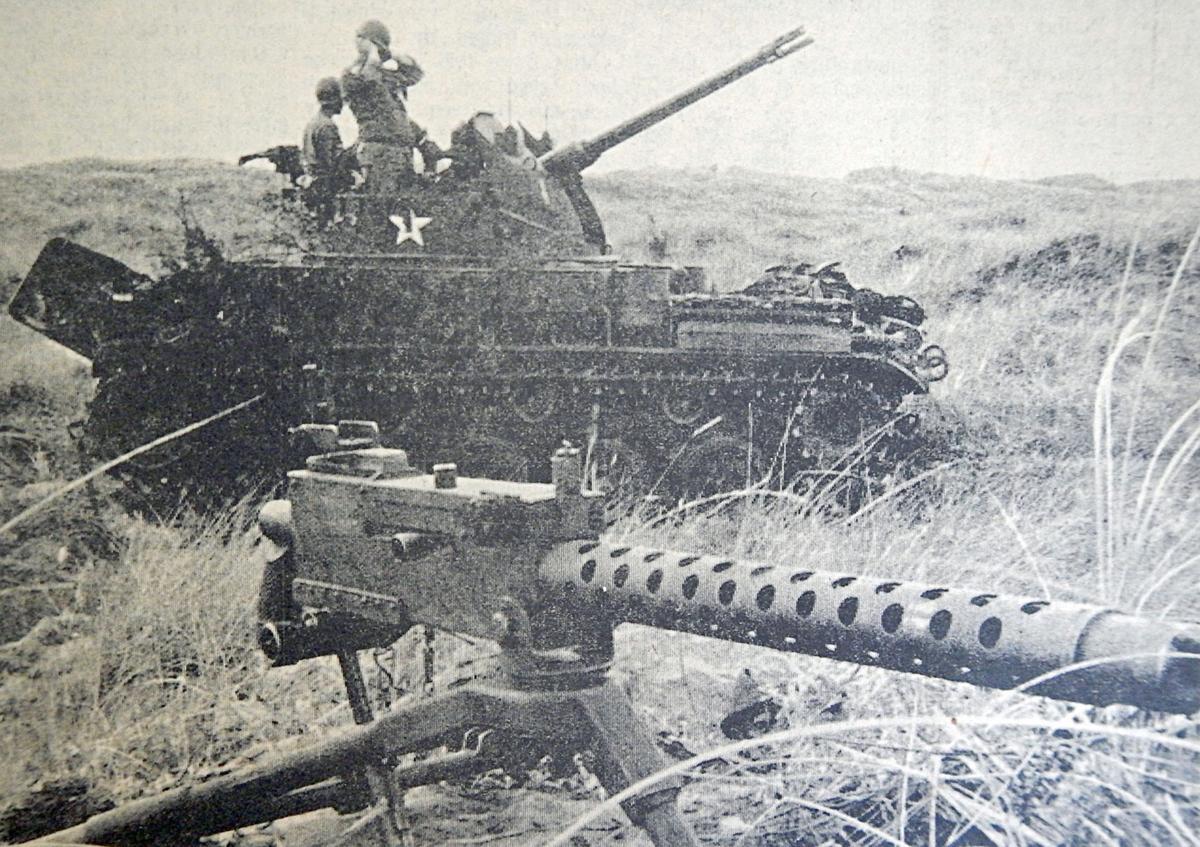 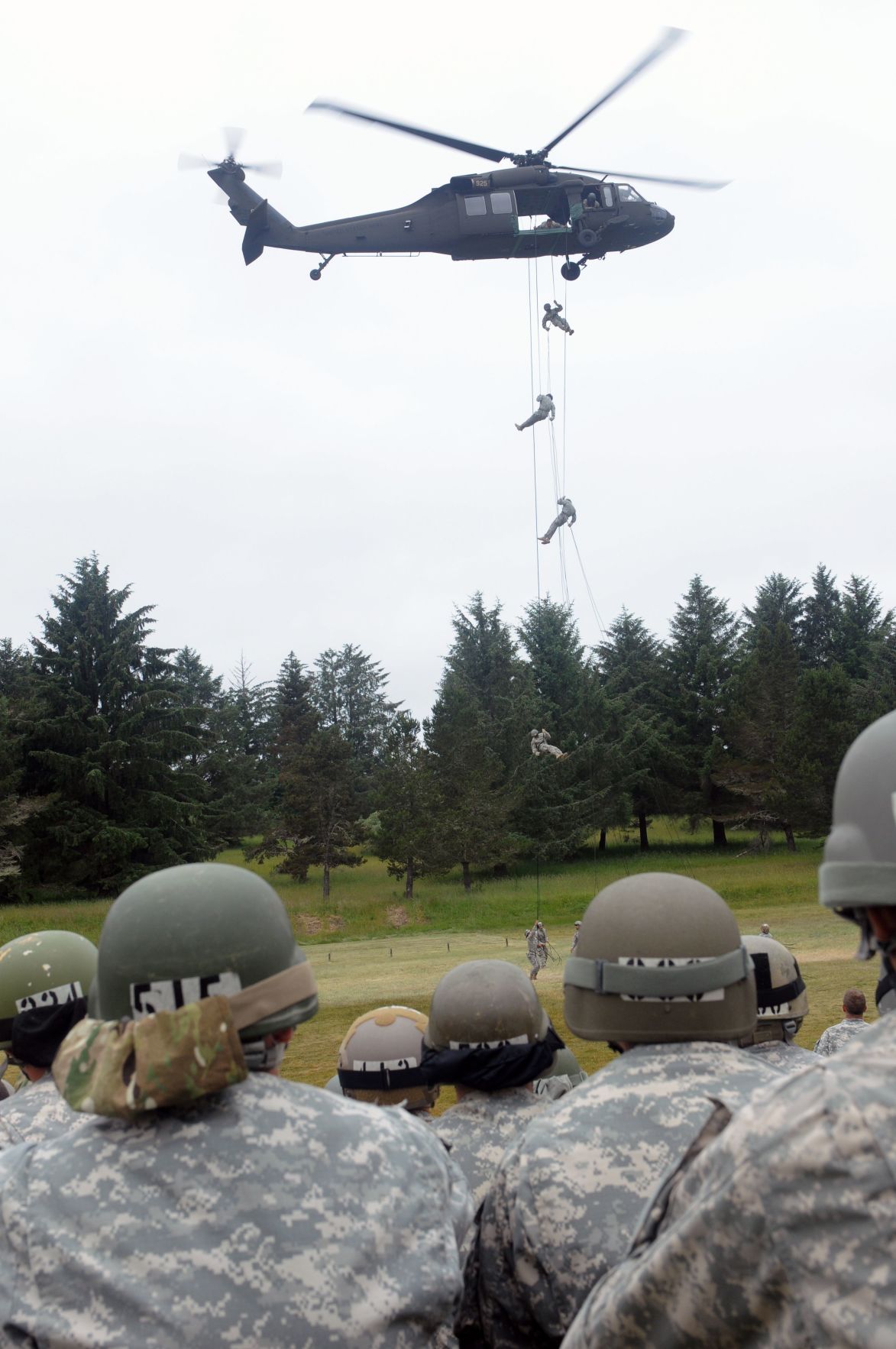 In 2015, soldiers watch as their classmates rappel from UH-60 Blackhawk helicopters during a two-week air assault course at Camp Rilea. 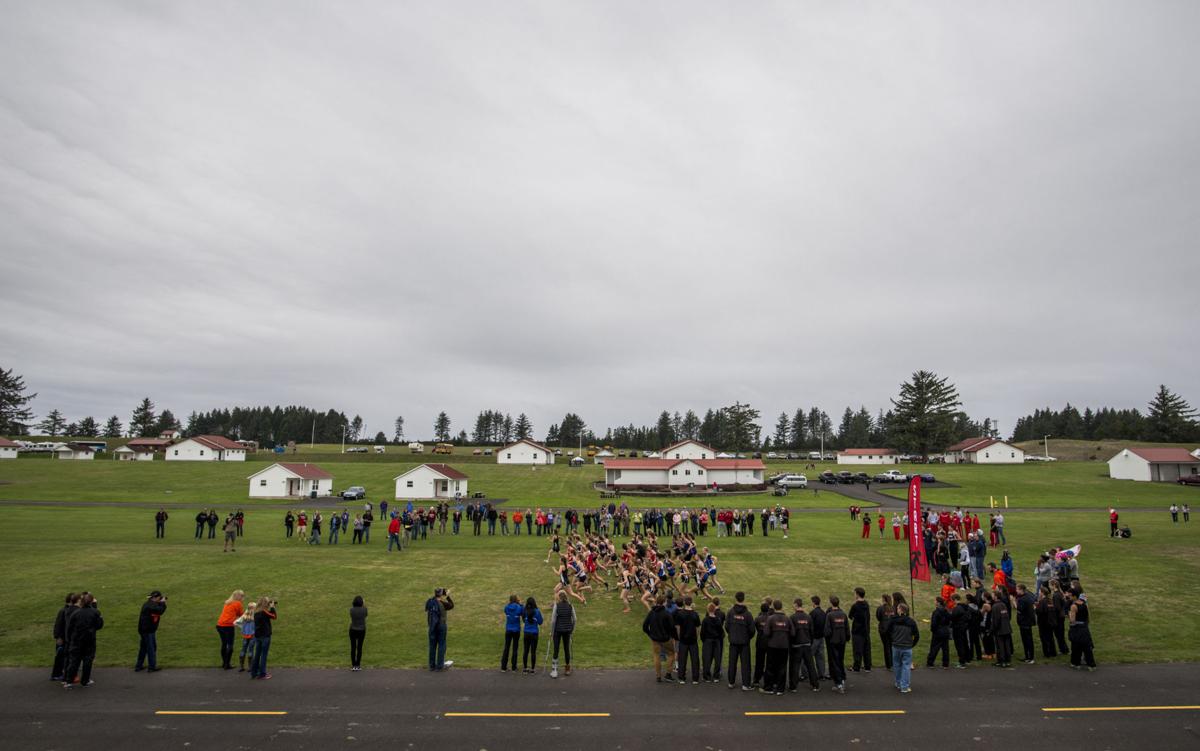 In 2015, the Girls' Varsity teams take off from the starting line during the Cowapa League Championship meet at Camp Rilea.

In 2015, soldiers watch as their classmates rappel from UH-60 Blackhawk helicopters during a two-week air assault course at Camp Rilea.

In 2015, the Girls' Varsity teams take off from the starting line during the Cowapa League Championship meet at Camp Rilea.

1. Major General Thomas E. Rilea: born in Illinois in 1896, Maj. Gen. Rilea spent most of his life in Salem and then Astoria, Oregon, and was a major figure in the Oregon National Guard throughout the first half of the twentieth century

2. Camp Rilea Armed Forces Training Center: Located on 1,800 acres of the Clatsop Plains just outside of Warrenton, this highly regarded military facility provides diverse natural environments for both the Oregon and Washington National Guard to train in a variety of combat situations, including aerial and amphibious assaults.

With three miles of Pacific coast, shooting ranges for both pistols and rifles, a fully equipped campground and mess hall, and a complete Military Operations in Urban Terrain site — which is essentially a fake city complete with church and city hall that was once called Millersburg before it was rebuilt to mirror an Afghani village — this expansive facility deserves its reputation, as The Oregonian said, as the “premier war-fighter center” in the nation.

Camp Rilea is also host to many police departments’ tactical training exercises and opens its barracks to many community events, including Boy Scout activities and high school football camps.

Founded in 1927 as Camp Clatsop, the site was officially renamed in 1959 following the death of Thomas Rilea, who was the adjutant general of Oregon National Guard and a prominent member of Astoria civil society at the time. The honorific was heralded by many, including The Daily Astorian, to avoid confusion with nearby Fort Clatsop.

The origin of the name Rilea is contested, with theories claiming an Irish variant of Riley, or Reilly, or a respelling of the French place-name, Rillieux, which would then fix these ancestors to the village of Rillieux-la-Pape, a suburb of Lyon in the Rhône-Alpes. If the name is in fact a variation of the Irish Reilly it would trace its meaning back to a word once associated with “valor.”

“‘I live in Astoria,’ [Col. Dean] Perez says, rejecting the offered microphone. ‘When things get tough at home, I can come to Camp Rilea and hang out with the soldiers.’

He throws it out for grins, but nobody’s fooled. This is where Perez belongs.”