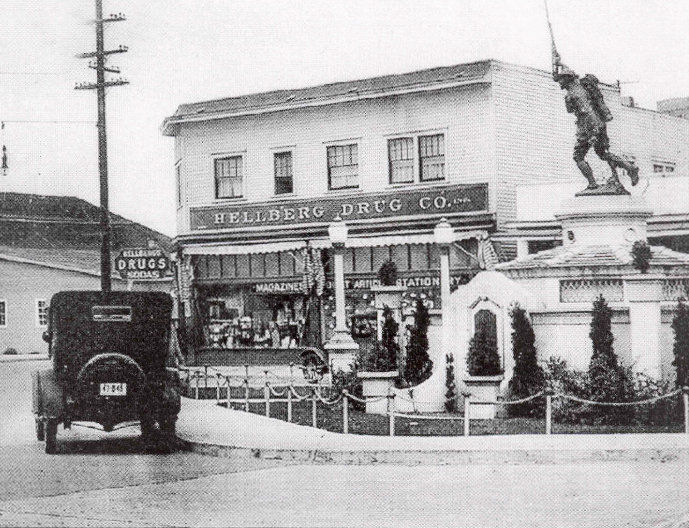 The Doughboy Monument, in honor of Clatsop County veterans who died in World War I, was dedicated in July 1926. 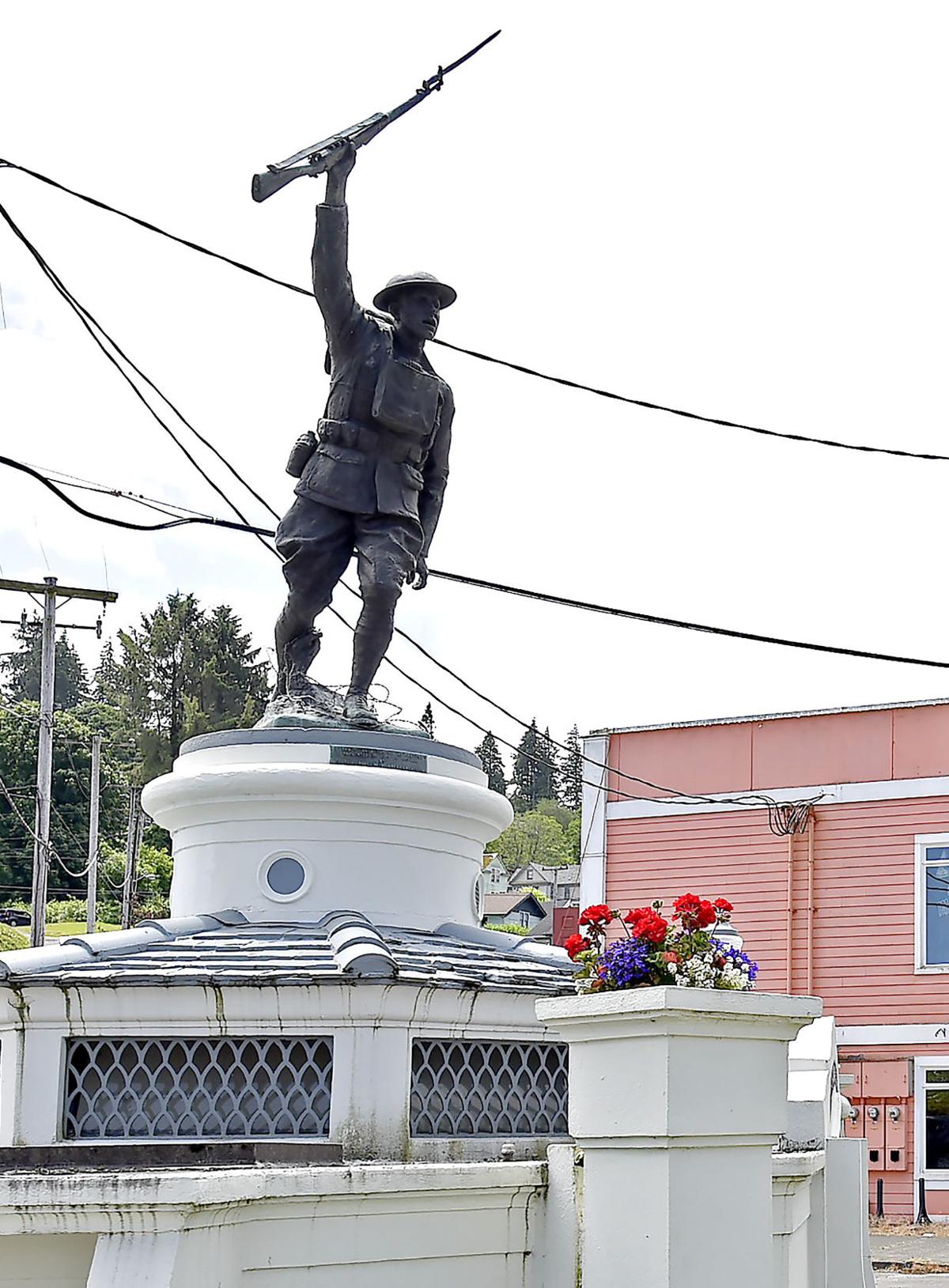 The Doughboy Monument stands as one of the most iconic memorials in Astoria.

The Doughboy Monument, in honor of Clatsop County veterans who died in World War I, was dedicated in July 1926.

The Doughboy Monument stands as one of the most iconic memorials in Astoria.

1. archaic slang: nickname for a U.S. Army infantryman, most commonly associated with soldiers who fought in World War I

2. a type of flour dumpling of raised dough that was either served fried as a cake or dropped into soups, boiled and served in broth

There are quite a few variations out there about how the U.S. infantry ended up being connected to dumplings. What is clear is that the term predates World War I by a number of years and is first recorded in 1847 prior to the American Civil War. In her 1887 memoir, “Tenting on the Plains,” Elizabeth Bacon Custer, widow of infamous Gen. George Armstrong Custer, years after his last stand, said that the large brass buttons on the infantrymen’s coats resembled the small dumpling that used to be served to sailors, and the name stuck.

The slang term is initially thought to be a slight that cavalrymen and officers would use against the infantry, though the term eventually became endearing. By the time the U.S. entered the First World War the term was well known and was adopted by British soldiers to denote their American allies. The term was still used at the beginning of World War II, but quickly lost favor for G.I. or G.I. Joe, which would describe a U.S. soldier until “grunt” came into popularity during the Vietnam War.

The culinary term doughboy dates back much further to 1685 and is thought to be the precursor to the word doughnut.

“When a large pickup truck plowed into the Doughboy Monument last summer, it wasn’t the first time the World War I memorial on Marine Drive had tangled with a vehicle, but it was among the worst accidents emergency responders had seen at the Uniontown landmark.”

—​Katie Frankowicz, “Doughboy Monument in Astoria gets a facelift,” The Daily Astorian, April 30, 2018

“A ‘doughboy’ is a small, round doughnut served to sailors on shipboard, generally with hash. Early in the Civil War the term was applied to the large globular buttons of the infantry uniform, from which it passed, by natural transition, to the infantry themselves.”