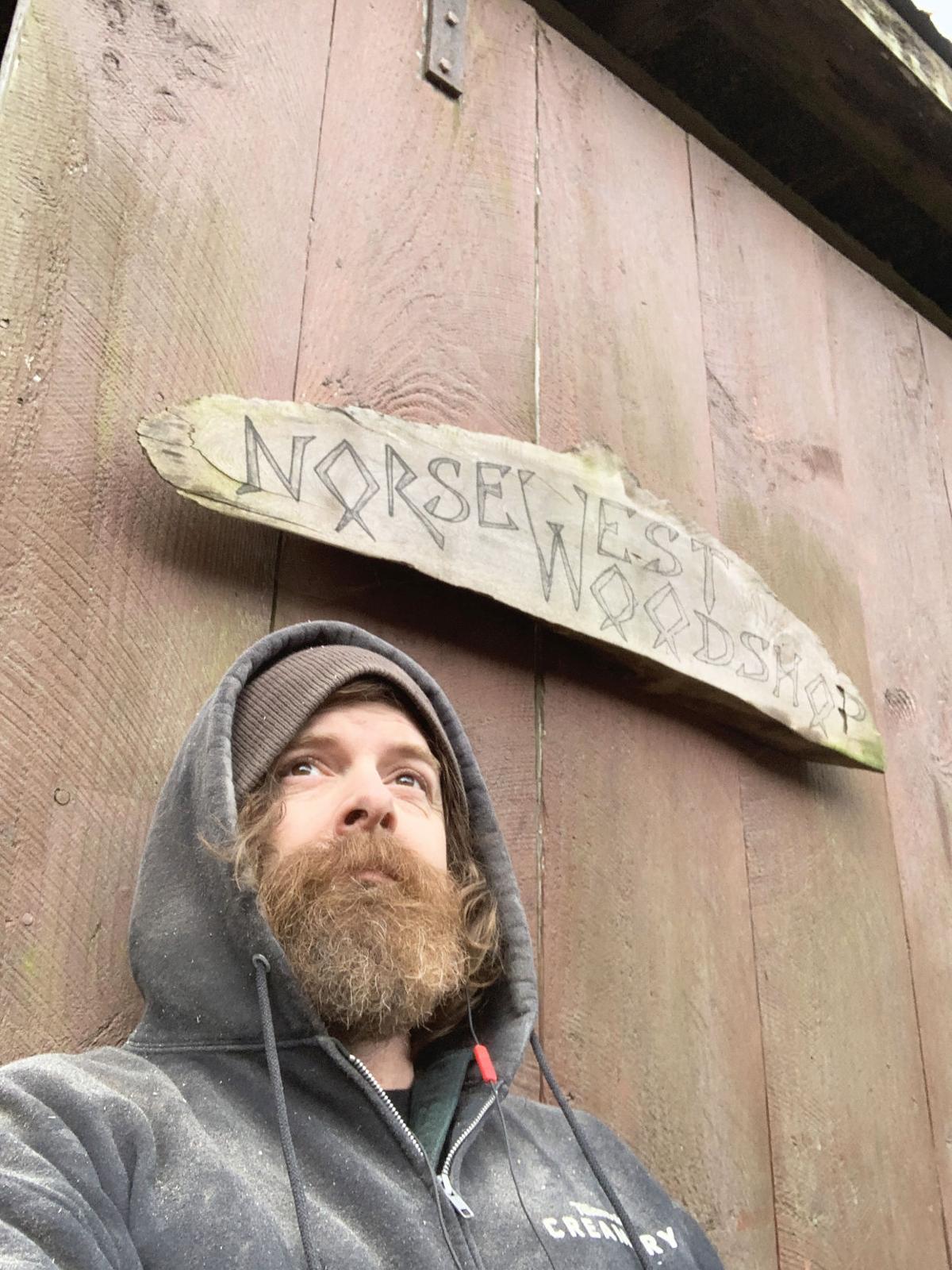 Mic Danielson is the owner of NorseWest Woodshop, where he creates unique pieces. 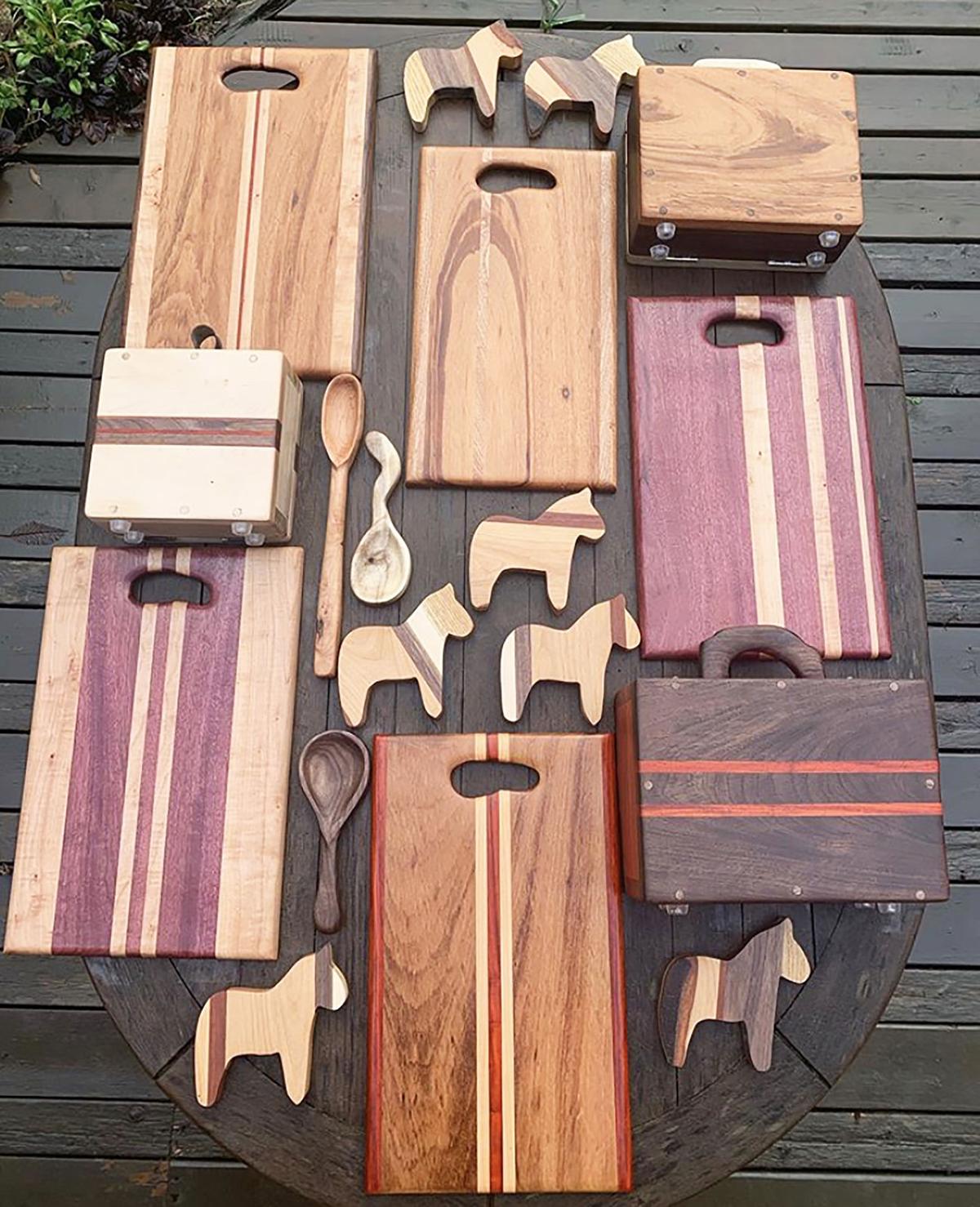 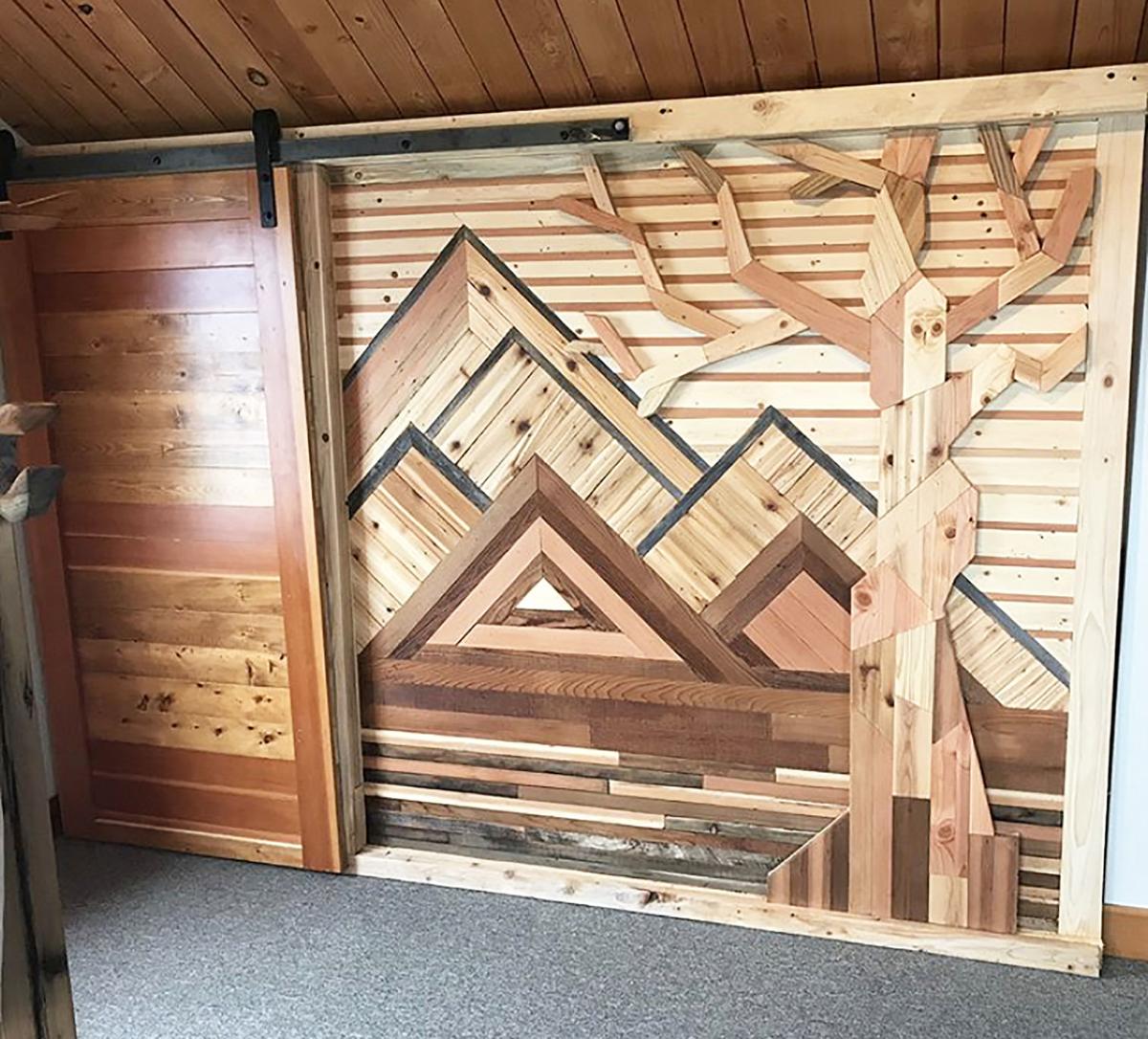 One of Danielson's creations. 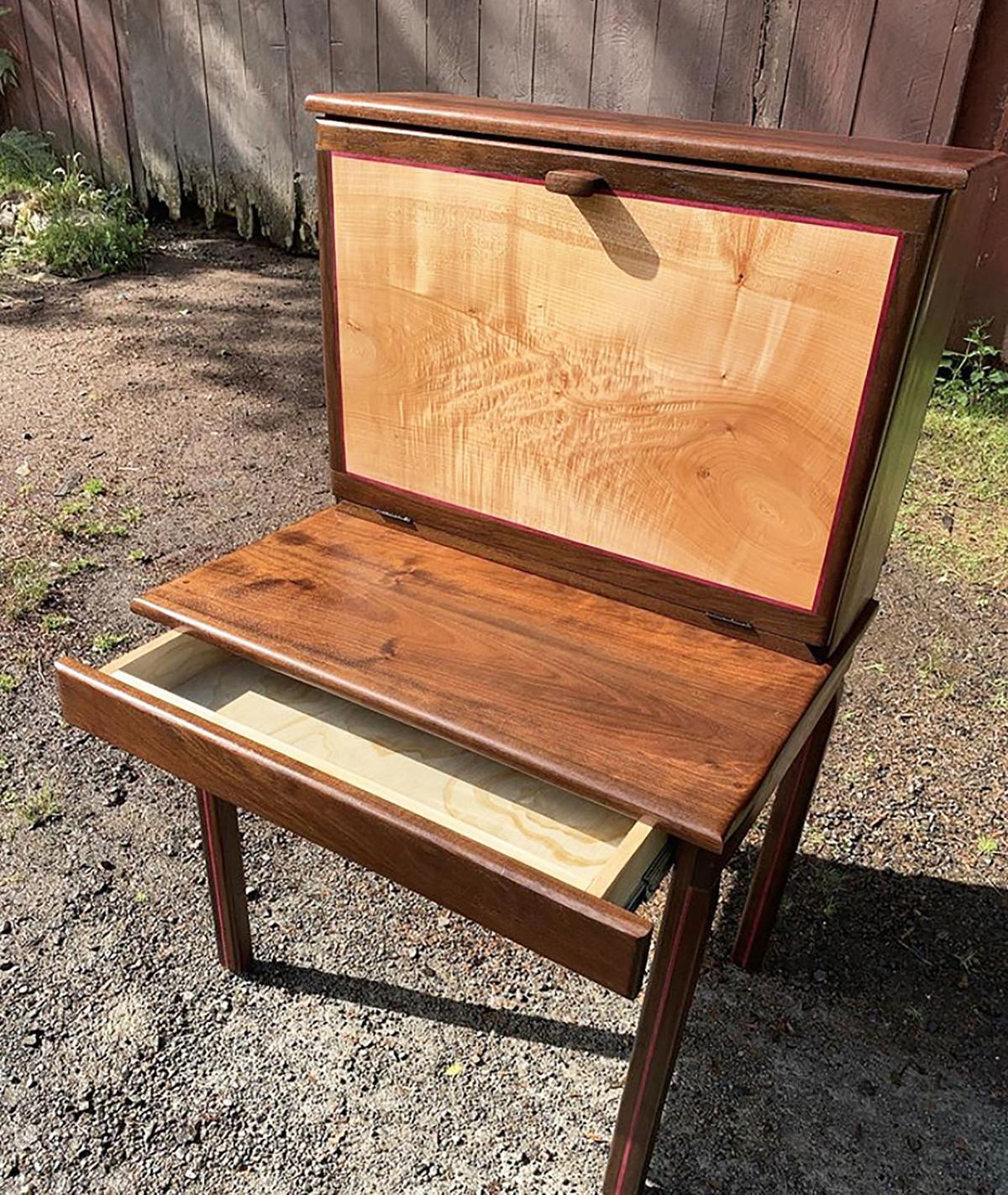 A custom-made desk made by Danielson. 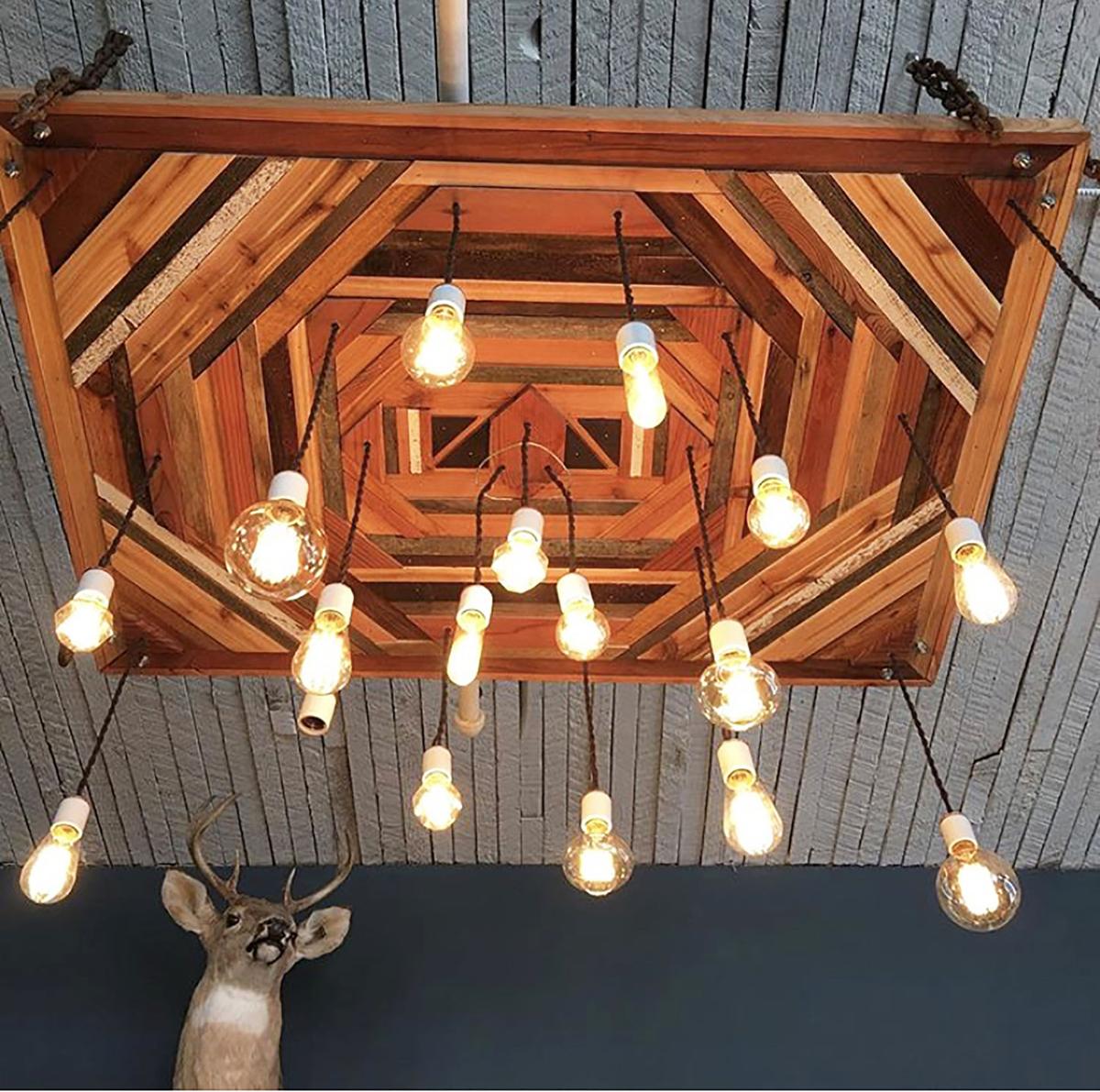 A chandelier crafted by Danielson is inside Blaylock's Whiskey Bar. 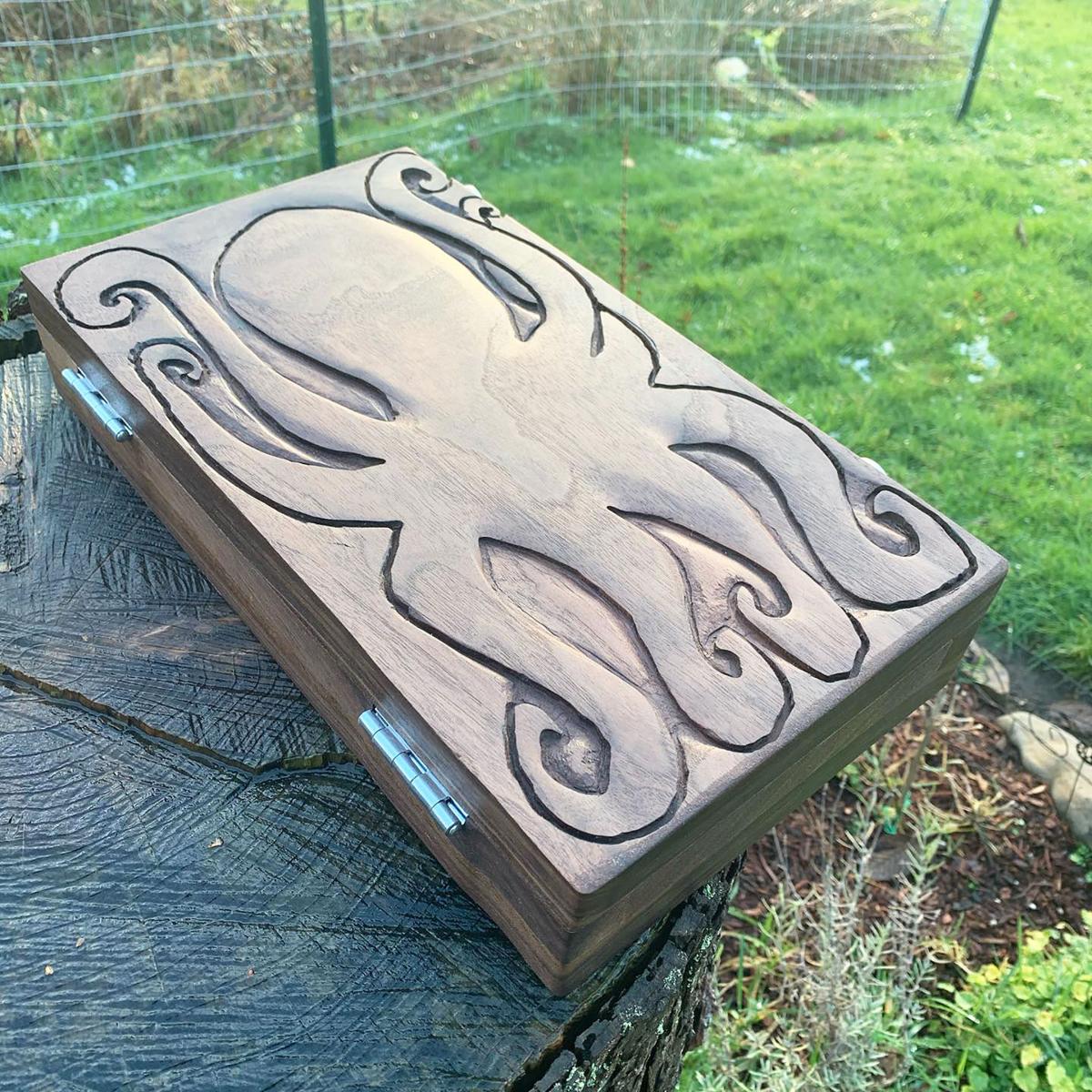 A custom-made cribbage board, featuring a hand-carved octopus. 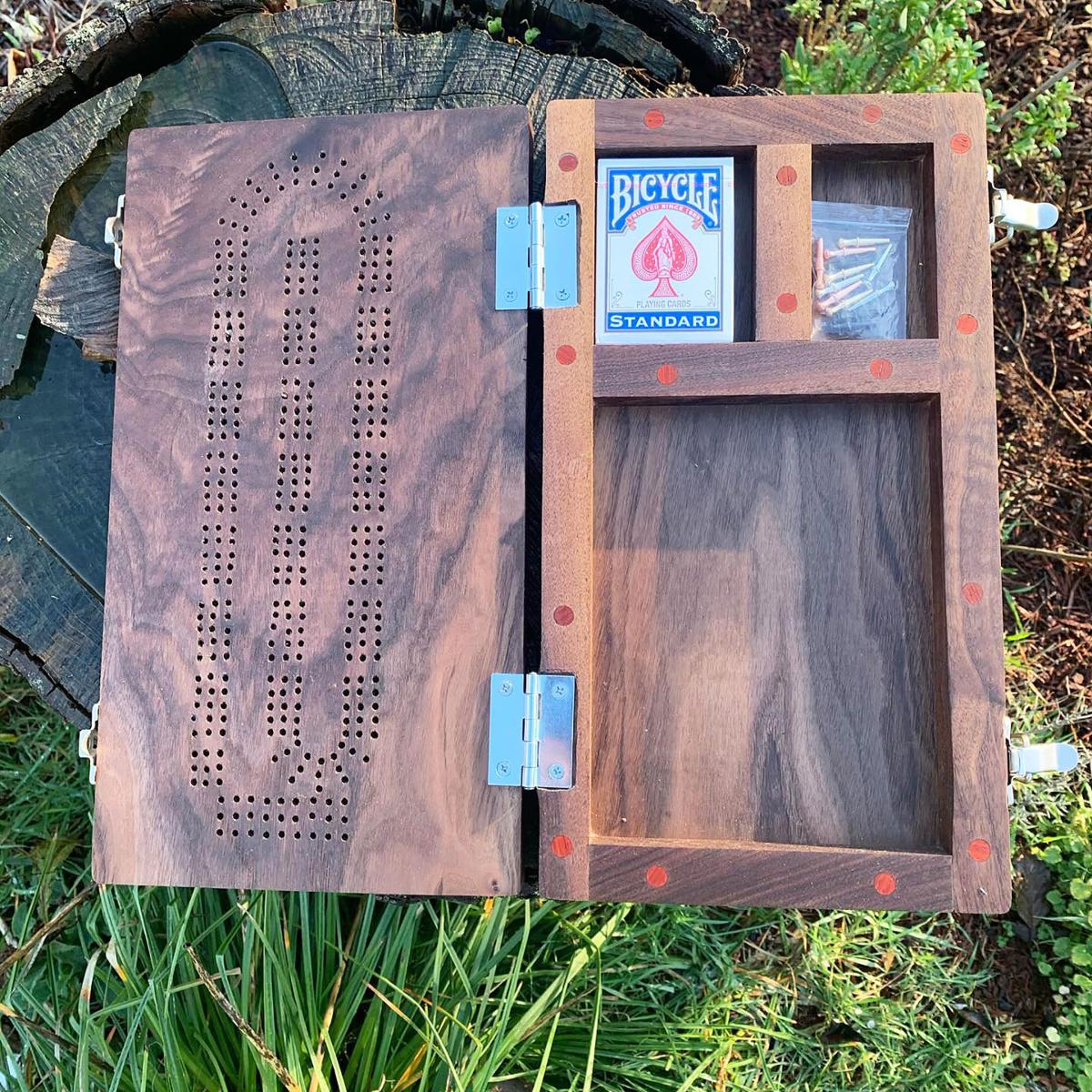 The inside of Danielson's custom-made cribbage board. 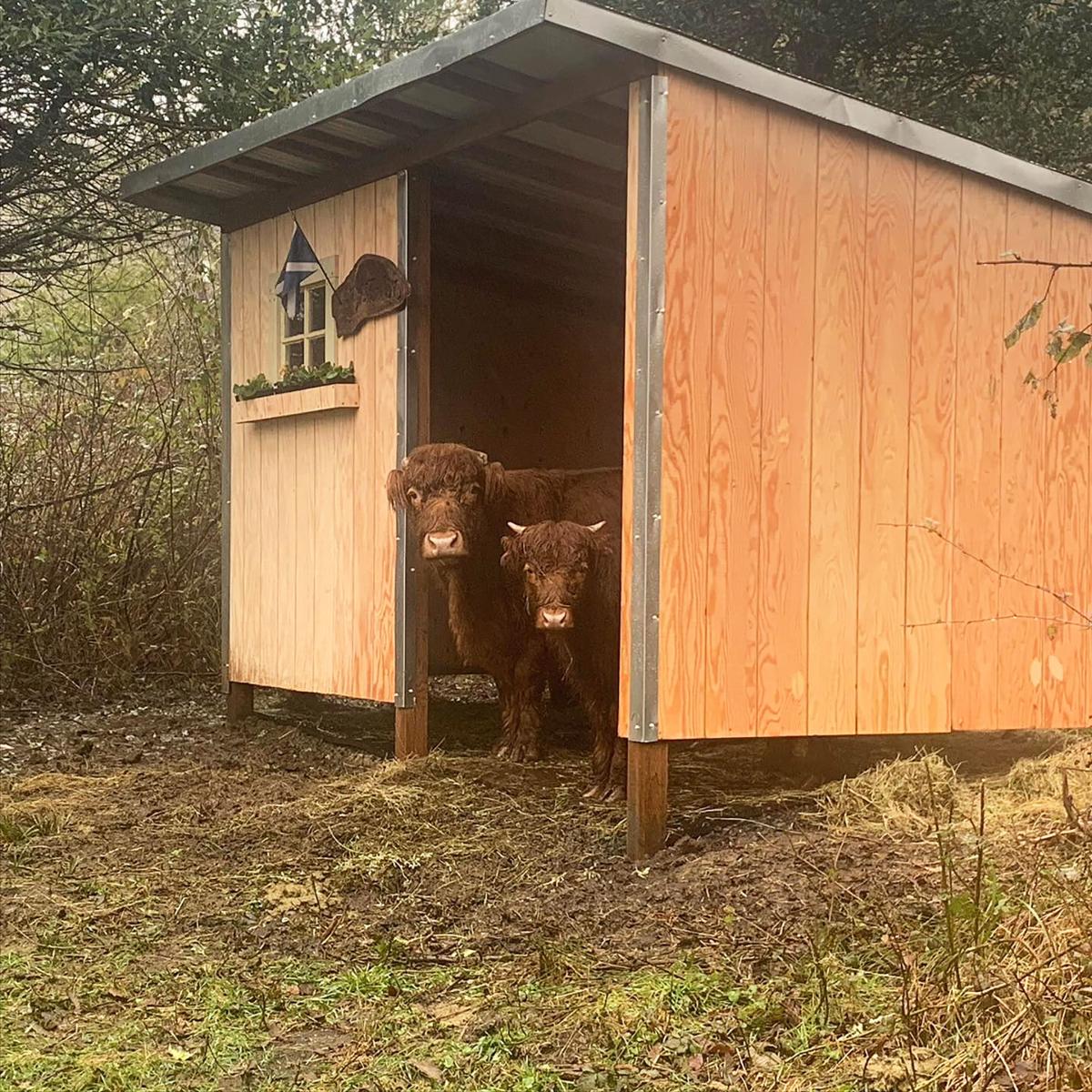 An outdoor shed built by Danielson, including a farmhouse window, planter box, Scottish flag and custom sign on a slab of monkey puzzle wood. 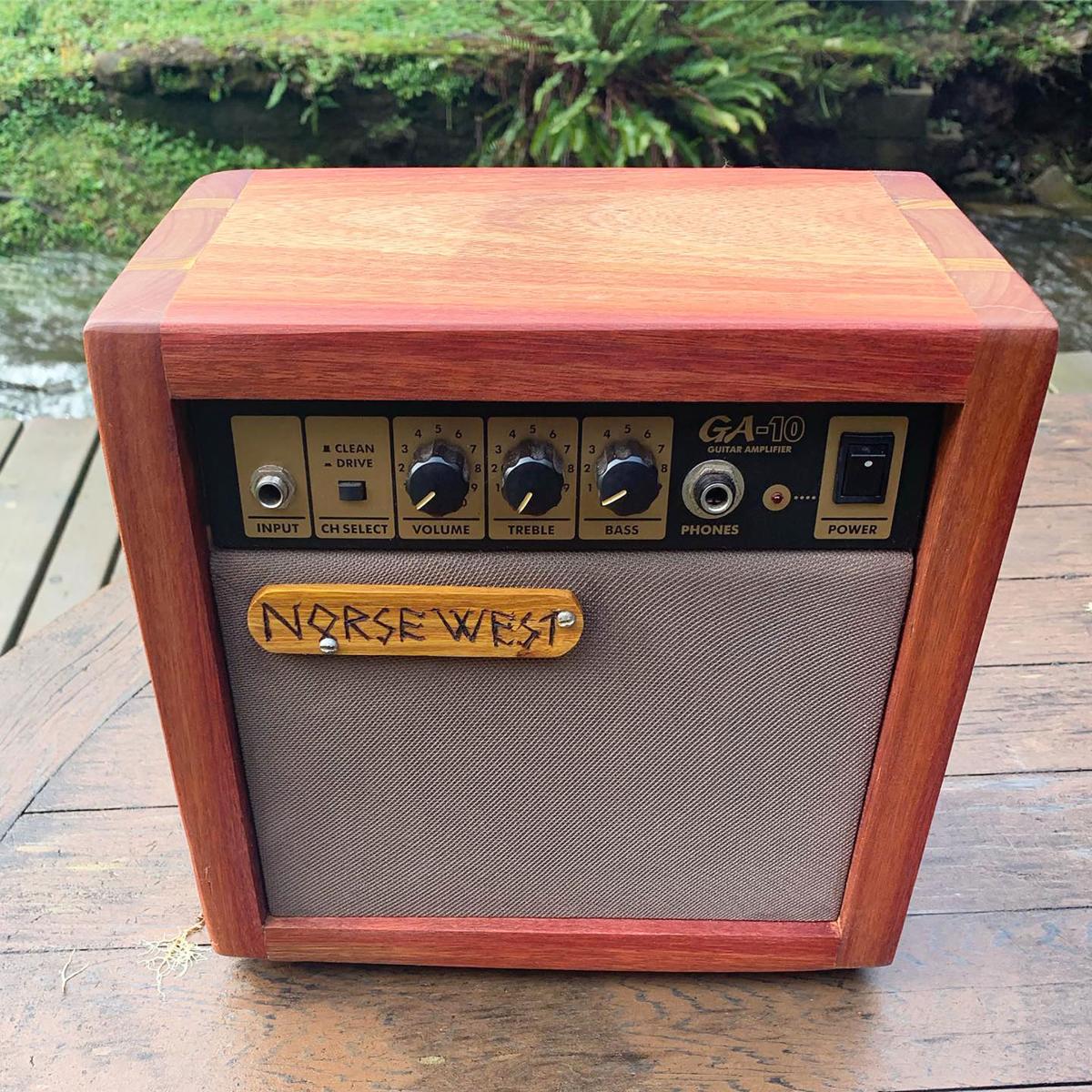 Mic Danielson is the owner of NorseWest Woodshop, where he creates unique pieces.

One of Danielson's creations.

A custom-made desk made by Danielson.

A chandelier crafted by Danielson is inside Blaylock's Whiskey Bar.

A custom-made cribbage board, featuring a hand-carved octopus.

The inside of Danielson's custom-made cribbage board.

An outdoor shed built by Danielson, including a farmhouse window, planter box, Scottish flag and custom sign on a slab of monkey puzzle wood.

Ever since building forts and treehouses as a kid in Astoria, Mic Danielson has enjoyed working with wood.

Now, as the owner of NorseWest Woodshop, his wooden furniture, toys, decorations and more can be found in homes and businesses all over the coast.

“I love what I do,” Danielson said. “There’s always challenges and new things to do. I like that every day is different.”

One day he will be building steps for a hot tub, then the next day a coffee table, and a china cabinet after that.

Danielson has a background in carpentry and started woodworking as a creative outlet. About 10 years ago, his friends and family started asking him to build them things.

The first item he made for someone was a countertop. After that, woodworking turned into a full-on business.

Danielson chose the name NorseWest Woodshop to honor his Scandanavian heritage and his Pacific Northwest roots. His family originated in Dalarna, Sweden.

Danielson is passionate about Astoria’s community. He has lived in town since he was born.

“It’s my hometown, and I’m trying to get as many pieces into as many places as possible,” Danielson said.

Danielson added that he’s watched Astoria change over the years. He feels that the city has added a new artistic feel to the blue collar work ethic he’s associated with the town since he was a kid.

“I’m trying to continue on the work part of it in a different way,” Danielson said.

Danielson has created pieces for businesses throughout Astoria. One of his most popular clients is Frite & Scoop. Inside the ice cream shop, Danielson’s work ranges from a wall and shelves, to patio picnic tables and large dining tables.

Lisa Malcolm, co-owner of the shop, said Danielson is easy to collaborate with and cares a lot about his projects.

“Every time we need something, Mic has a creative solution for us, and it always exceeds our expectations,” Malcolm said. “Mic has a beautiful aesthetic, immense talent and a creative mind. Astoria is really lucky to have him.”

Esther Moberg, director of the Seaside Public Library, is also one of Danielson’s long-time customers. Danielson has made countertops, wall pieces and tables for the three houses Moberg has lived in over the years. He also equipped the library’s children’s room with benches, desks and a Jolly Roger boat.

“Everything from fences to tables, you name it and he’s willing to build it,” Moberg said.

Danielson works with many different types of wood, and custom selects wood based on each project. He makes it a point to source wood locally whenever possible. Sometimes he’ll buy rare woods from Portland, depending on what clients want.

“He knows the wood so well and what really works best in each setting. He has a natural flair for it,” Moberg said. “It’s an amazing art form and the love he has for it shows.”