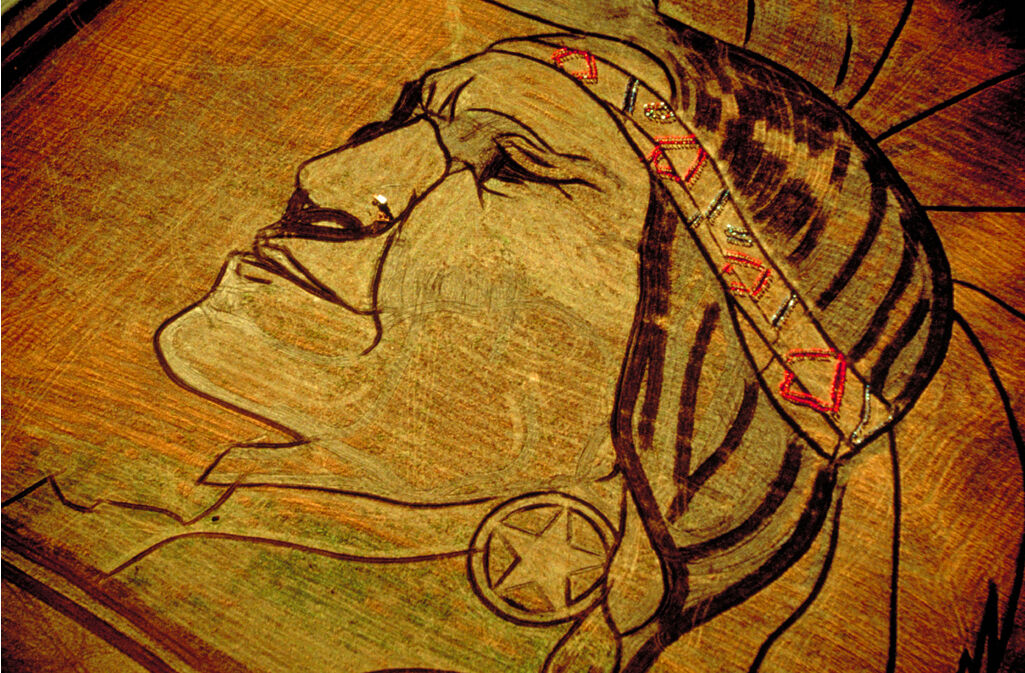 An Art for the Sky project in Kansas included 500 volunteers who served as the beads on the headband of a Native American. The art was created with the help of field artist Stan Herd. 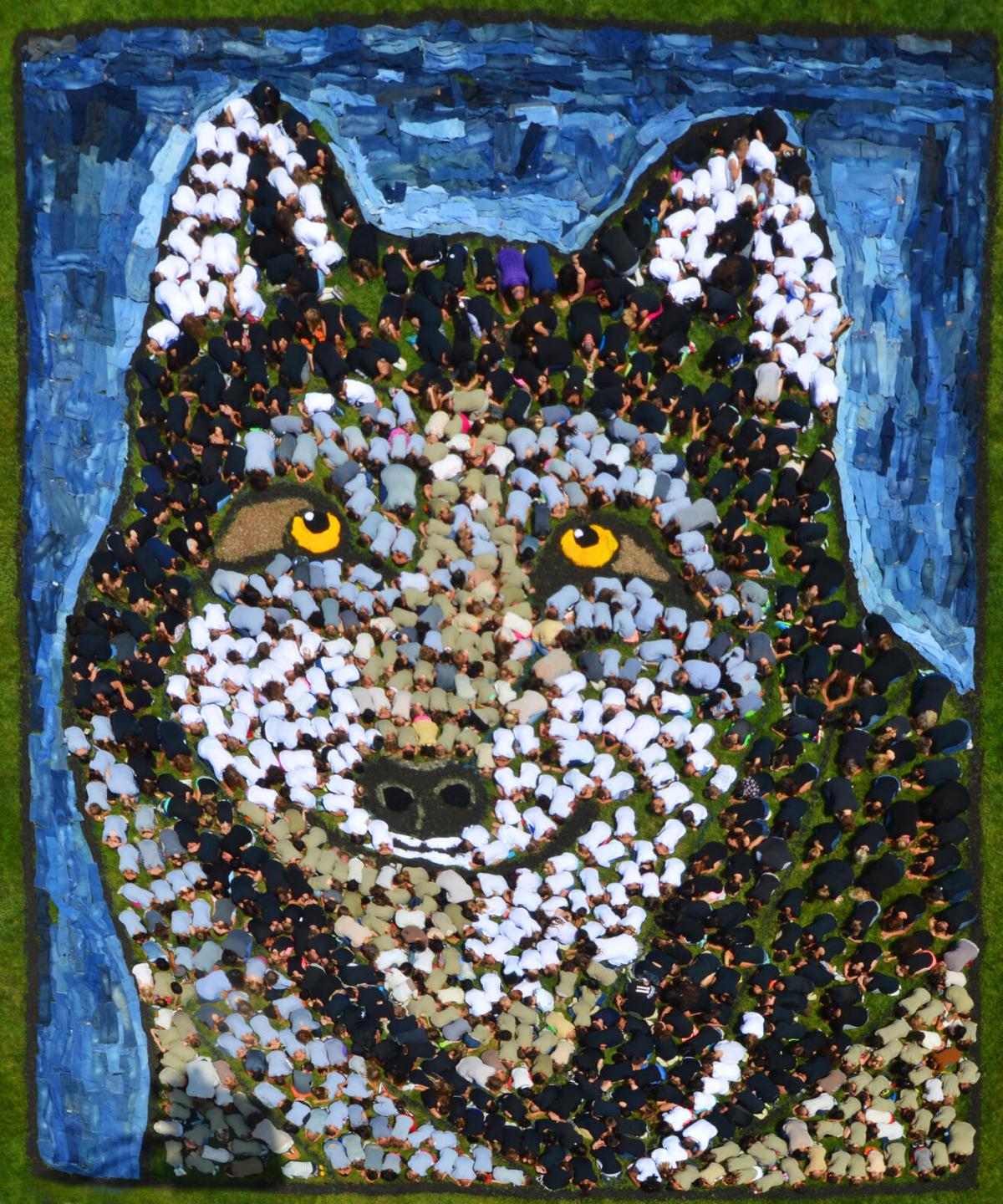 Artist Daniel Dancer created a wolf image in Carmel, Indiana with the help of 850 kids and teachers. The volunteers formed the shape of the wolf’s face, and are surrounded by a sky made of old blue-jeans.

Hood River-based artist Daniel Dancer has a unique way of getting the community to notice his environmental art, he puts them directly into his pieces.

The artist is teaming up with the organizers of Cannon Beach’s upcoming Earth & Ocean Arts Festival to create his next massive piece, the world’s largest sea star. To pull it off, he’s going to need hundreds of volunteers on Sept. 18.

The piece is part of “Art for the Sky,” a program organized by Dancer to bring sky art projects to areas across the globe. Driven by a passion for raising environmental awareness, Dancer said his projects emerged out of his desire to inform communities about a changing environment.

“Ever since I was a little kid, I’ve been steeped in environmentalism and looking at human impact on the earth,” Dancer said.

Dancer has completed more than 300 projects, spanning across 44 states and eight countries, with the help of roughly 150,000 participants.

Participate in Art for the Sky

Wear clothing that is red, or a shade of red.

Register for the event at cbgallerygroup.com.

“A lot of the teachings of this art form are about learning to see the big picture,” Dancer said. He added that Art for the Sky’s aim from the beginning was to teach humans to have a new relationship with the sky.

Dancer said every image created by Art for the Sky serves as a “thank you,” and also an apology to the Earth.

“When you hurt someone you give them a gift, it’s a promise to do better,” Dancer said. Collaboration in these projects reflects the need for worldwide communities to come together to protect the Earth, he added.

“This one in Cannon Beach feels especially important,” he said, referring to June’s historic Pacific Northwest heat-dome and it’s impact on marine life.

For as large-scale as these projects are, Dancer says it doesn’t take him too long to come up with the plans, and the execution only takes a matter of hours.

The sea star will be laid out in the sand, and the border will be black cloth anchored with sand every three feet so people know where to stand.

Each arm of the star will have representatives from various environmental groups who will be wearing different colors to serve as the little dots going down the arm. In the center, a group of kids will be holding up a large paper-mache Earth. Dancer plans on having one person in charge of each arm, directing them where to go.

“It will look beautiful from the air,” Dancer said, adding he plans to use a drone to capture the final result.

Dancer’s sea star display is part of the Earth & Ocean Arts Festival, a larger event spanning from Sept. 16 to Sept. 19 to encourage environmental stewardship and awareness through the arts.

The first Earth & Ocean Arts Festival took place in 2019 and was a hit in the community, event co-chair Eeva Lantela said. She works at the DragonFire Gallery in Cannon Beach.

Alongside Dancer’s project, festival attendees can also expect to see live performance installations by San Francisco-based theatre group “We Players,” live painting and pottery firing on the beach. Cannon Beach galleries will also be open for viewings and offering special appearances from artists.

“We can’t just wait — we have to get active as members in our community and support the change and support the ways we can come together and make real change,” Lantela said.

“We need to give these organizations the respect and encouragement to continue what they’re doing,” Lantela said.

People who want to participate in Art for the Sky should wear red, or a shade of red and meet at the end of Second Street in Cannon Beach at 3:45 p.m. on Sept. 18. Pre-registration to be a part of Dancer’s sea star is highly recommended, and The Gallery Group will be following all local and state health guidelines to ensure a safe festival, Lantela said.