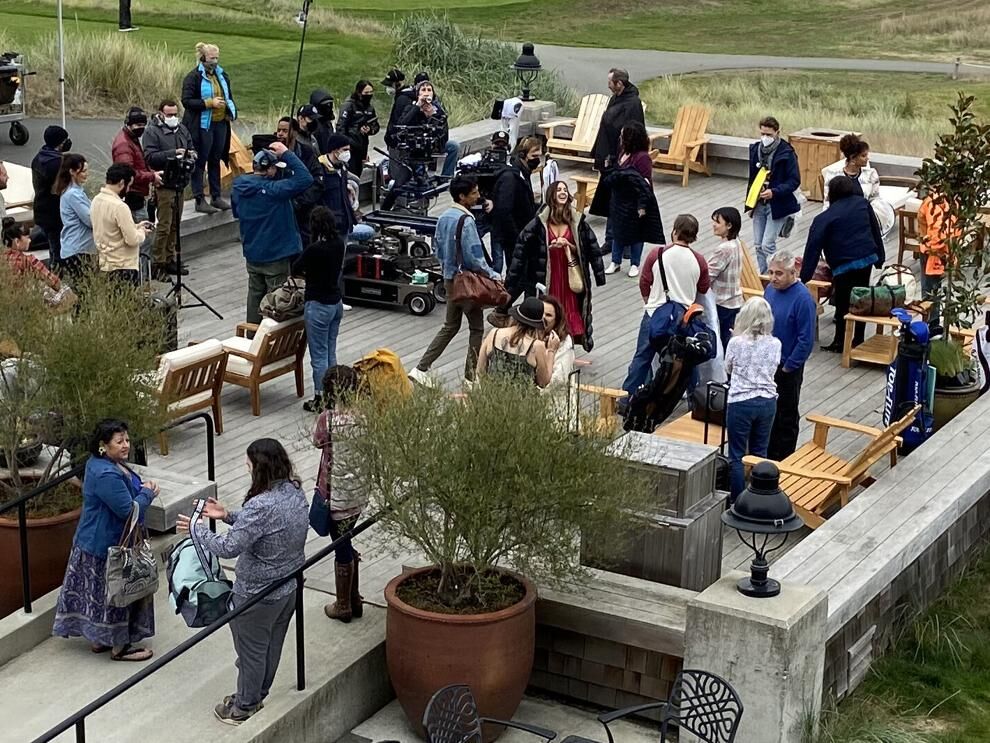 Alison Brie, center in a red dress, on the set of ‘Somebody I Used to Know’ at McMenamins in Gearhart. 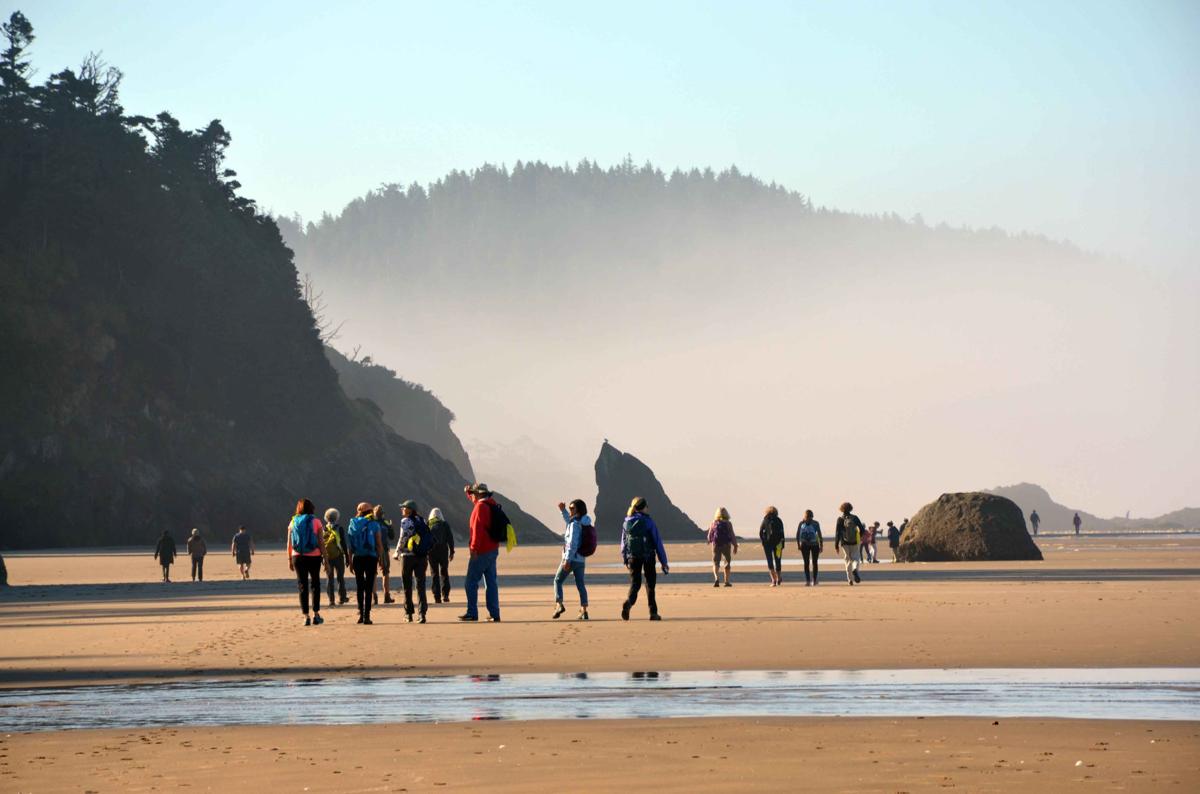 The Amazon Studios production ‘Somebody I Used to Know,’ shot scenes in Arch Cape this month.

Amazon Studios shot scenes for “Somebody I Used to Know,” a romantic comedy written by Dave Franco and Alison Brie, last week in Gearhart and Arch Cape. A smaller, independent crew, is quietly staging shoots at several locations in Astoria throughout the month. The state awarded permits to a third production, spearheaded by Paramount Pictures, to film in October on public land north of Pacific City and at the Elk Flats in Oswald West State Park.

The timing of the three concurrent productions has baffled Oregon Film, a semi-independent state agency that serves as Oregon’s representative in marketing and recruiting film and television production to the state.

“It is weird. It is not typical that these projects end up on top of each other, which these three seem to do in the last three weeks,” said Tim Williams, director of Oregon Film. “It seems to be a coincidence.”

The Oregon film industry has experienced both busy and slow periods since the onset of the pandemic. According to Williams, the summer of 2020 saw a flurry of activity, while film production between January and February was almost nonexistent. He predicts the October filming surge on the North Coast might have been influenced by current industry trends.

“Our content is getting more dramatic and more unique, or getting more moody as we consume more and more of it,” Williams said. “So they’re striding to find different locations and different moods, and we offer that on the coast.”

Billie Seeger works in the Oregon Parks and Recreation Department to supervise special use permits for commercial filming on state land. She strives to balance a healthy mix of film production with tourism.

“We don’t issue many filming permits on the North Coast during the summer months because most of the day-use areas they want are already too busy with regular public use to inundate them further with permitted activities,” she said in an email, adding that she typically does award the filming permits on the coast in September and October.

Williams said the burst in interest for productions on the North Coast is exactly what Oregon Film wants to see. A state incentive program, called the Regional Oregon Production Investment Fund, was put into place in 2017 to push crews to expand their work outside of the Portland area and boost the economies of smaller cities.

The program is specifically for productions that base themselves entirely or do one or more production days outside of the Portland metro area. Productions who qualify will get reimbursed for the cost of overnight hotel stays for the crew. If the production is based entirely outside of Portland, the state offers an additional 10% in addition to their rebate amount.

Impact on the local communities

Although the film production underway in Astoria does not qualify for the state incentive program, some city businesses may benefit from the visiting crew.

“While they’re here filming, it’s always fun to see if they need something from the hardware store, or need to buy wardrobe or something from the shoe store,” said Regina Willkie, marketing manager for the Astoria Warrenton Area Chamber of Commerce. “It’s always interesting to see how far that reach impacts the community, instead of just the hotel rooms for the crew staying here.”

North Coast residents hoping for a chance to appear in one of these productions may be disappointed. No public call for extras has been announced for any of the productions, however, some locals have been given opportunities to work on the sets through word of mouth.