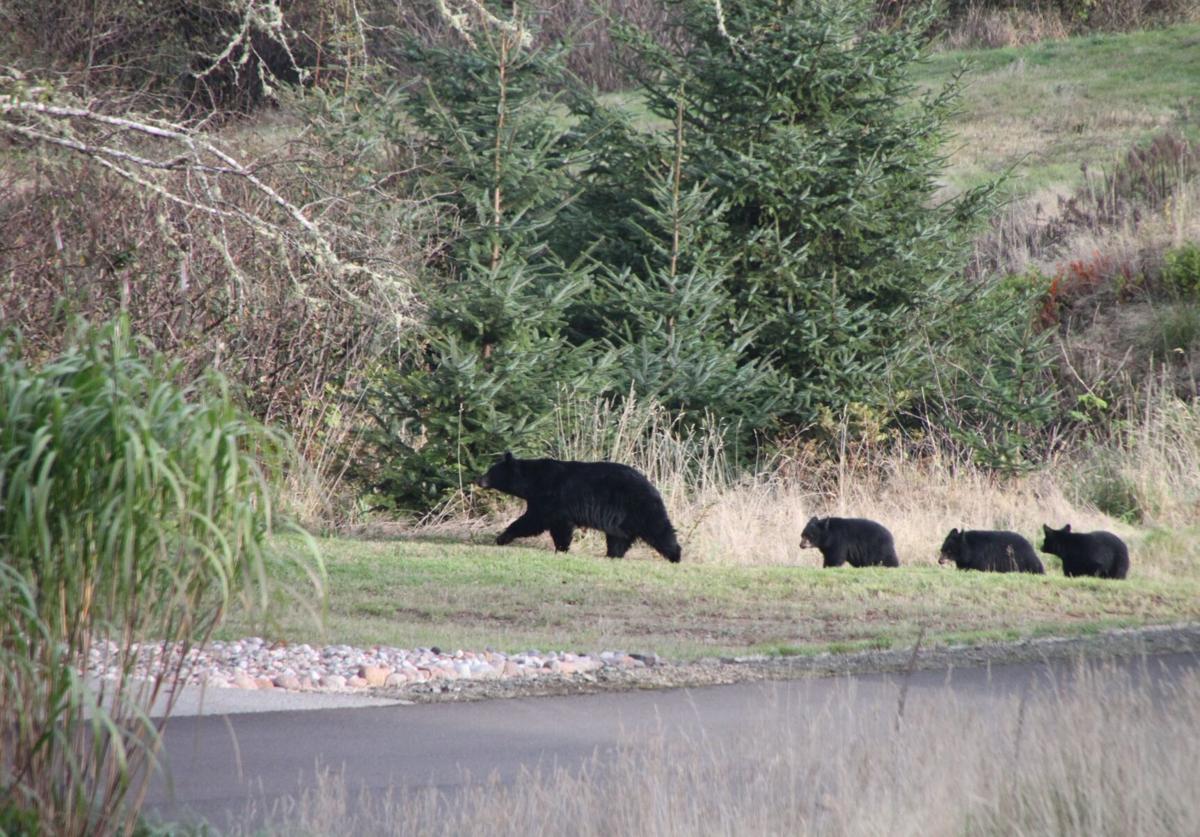 A resident captured this image of a family of bears in Oysterville last year. 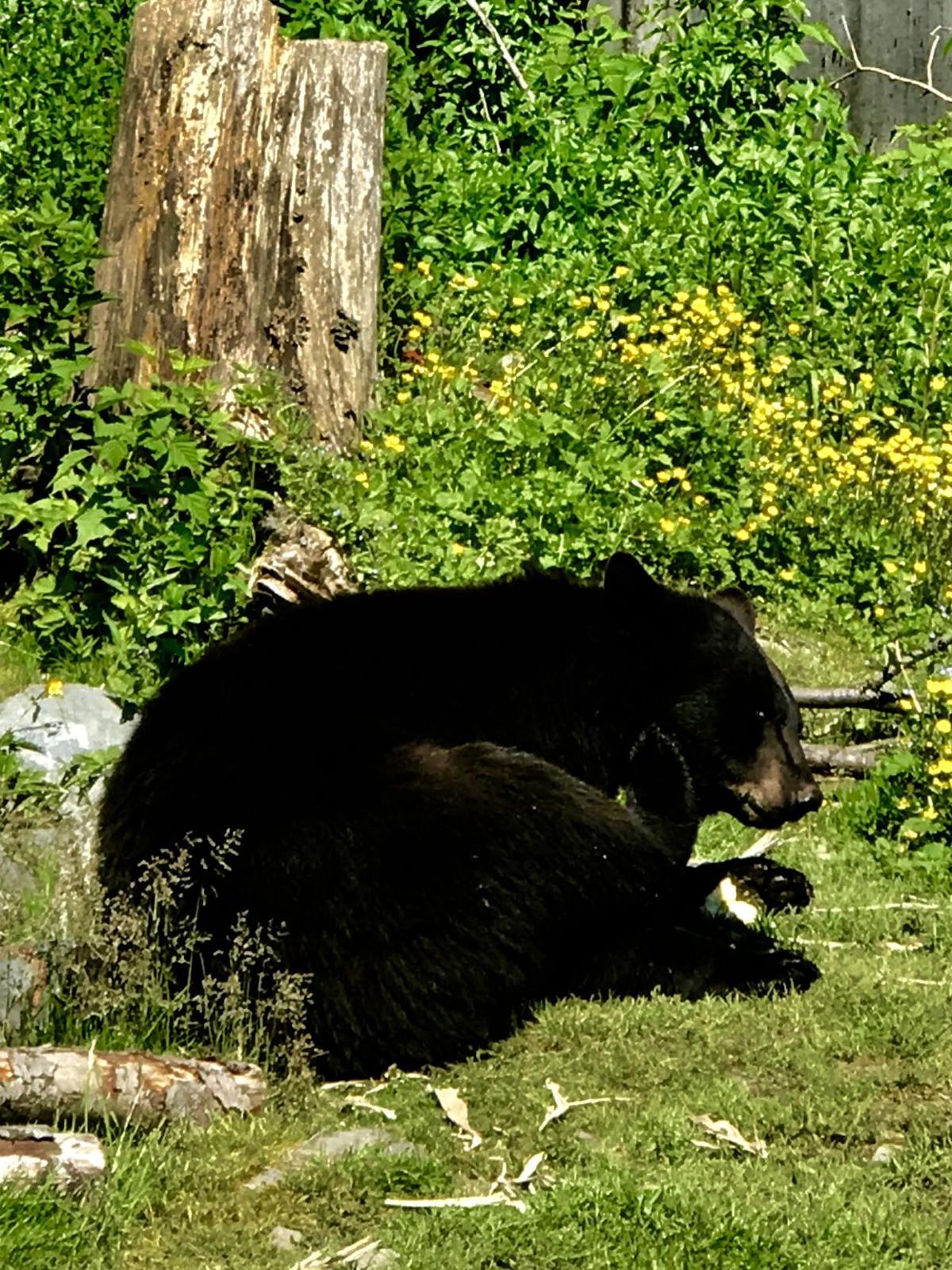 A black bear spotted on the Long Beach Peninsula in 2019. 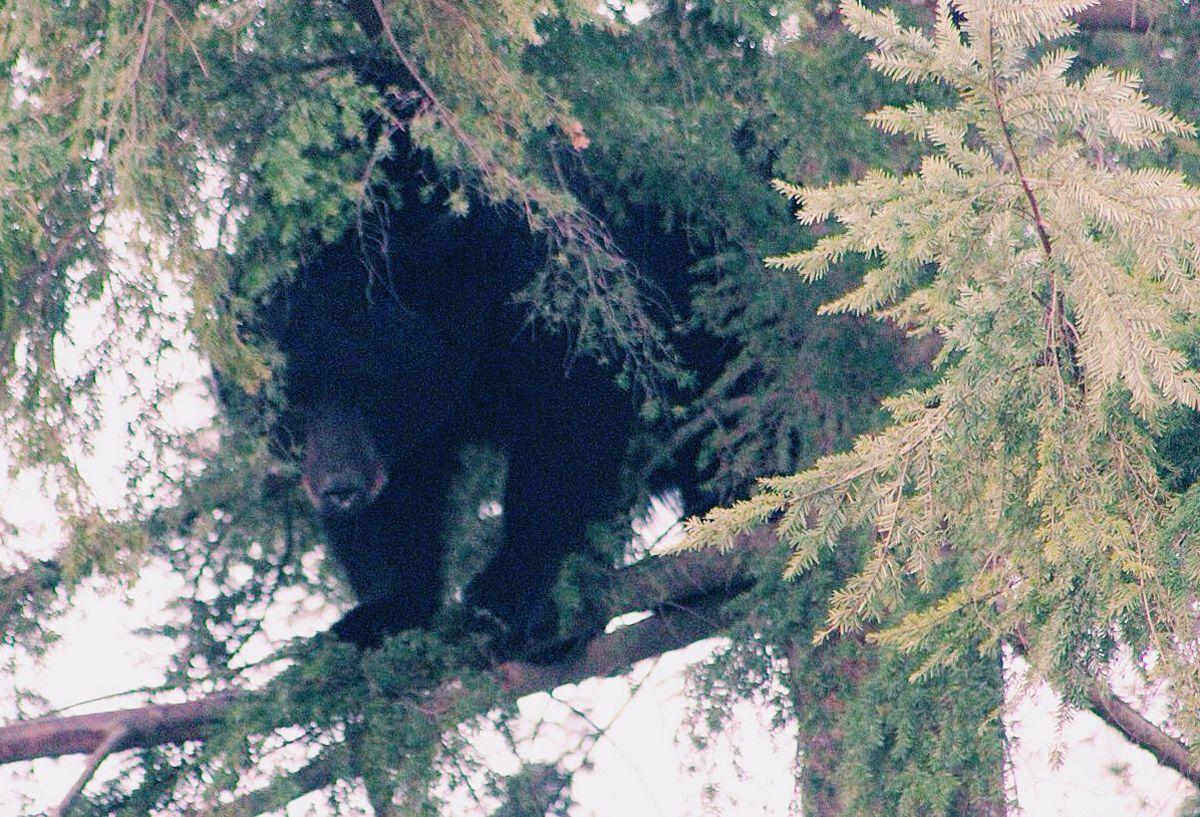 A female black bear and her two cubs retreated into the relative safety of a large tree near the clubhouse in Safari RV Park in Long Beach.

It’s fall, and here at the farm I live on north of Long Beach, Washington, no food is safe.

Not the apple and pears in the orchard, not the scraps in the open-top compost heap, and certainly not the contents of any trash can wheeled to the curb too early.

After being at the farm for several years, myself and the others who live here have gotten pretty good at co-existing with our wild neighbors, from bears and coyotes to birds of all sorts, and even those pesky mosquitos that can make summer a little less fun for everyone except the swallows and bats.

We know how to give our wild neighbors space, especially the biggest ones like the American black bear.

The Long Beach Peninsula has an impressive population of them, they’re sighted almost as frequently as our Columbian black-tailed deer.

It’s this time of year when we’re most likely to see bears. All across the temperate northern hemisphere, bears are engaged in a practice called hyperphagia. This is just a fancy word for “roaming around and eating everything in sight,” which describes the behavior of our neighborhood bears.

We’ve regularly seen a large male, and less frequently a female with cubs.There are likely others hiding in the salal and huckleberry bushes. The male is the most common visitor and has been responsible for tearing down branches from the fruit trees and rummaging around the compost.

He’s not trying to be a nuisance, his literal survival depends on this fall feasting. Ask most people what animal is known for winter hibernation, and they’ll say “bears.” This is why our resident ursines have been so busy packing on the pounds, saving up enough calories to burn while they snooze through the winter. Failure to do so could mean they starve in their sleep, or have to rouse themselves too early to try to find food in winter’s scarcity.

At least that’s the case in most bear habitats, where winter temperatures stay below freezing 24 hours a day. Here on the coast, our mild winters aren’t as challenging. Though we get the occasional freeze or dusting of snow at sea level, our bears get to spend their winter snooze in relatively balmy conditions.

Due to the winter persistence of food sources like the last of the summer and fall seeds and berries, and small prey animals that remain active year round, these fair-weather bears don’t sleep through the entire season. Instead, they tend to doze on and off, and may periodically come out of their dens for a midwinter snack.

This means it’s important to remain vigilant with regards to bird feeders and trash cans year-round, as any time could be that one night when an opportunistic bear comes sniffing around. Best practices include hanging feeders as high as possible, and keeping any food-related trash — empty packaging included — inside until the morning of pickup day. Keep your eyes peeled while on the road, too, to avoid a collision with a foraging bear.

Some wonder whether it is kinder to leave out a snack for hibernating bears. While well-intended, this is actually the worst thing you can do. Not only does it make the bears lose their fear of humans and put them at risk, but fearless bears can become so aggressive in seeking food that they may have to be euthanized.

As magnificent as black bears are, they are not oversized pets, and it’s best to respectfully treat them like the wild creatures they are.

Rebecca Lexa is an Oregon Master Naturalist, nature educator and writer living on the Long Beach Peninsula. More about her work may be found at RebeccaLexa.com.