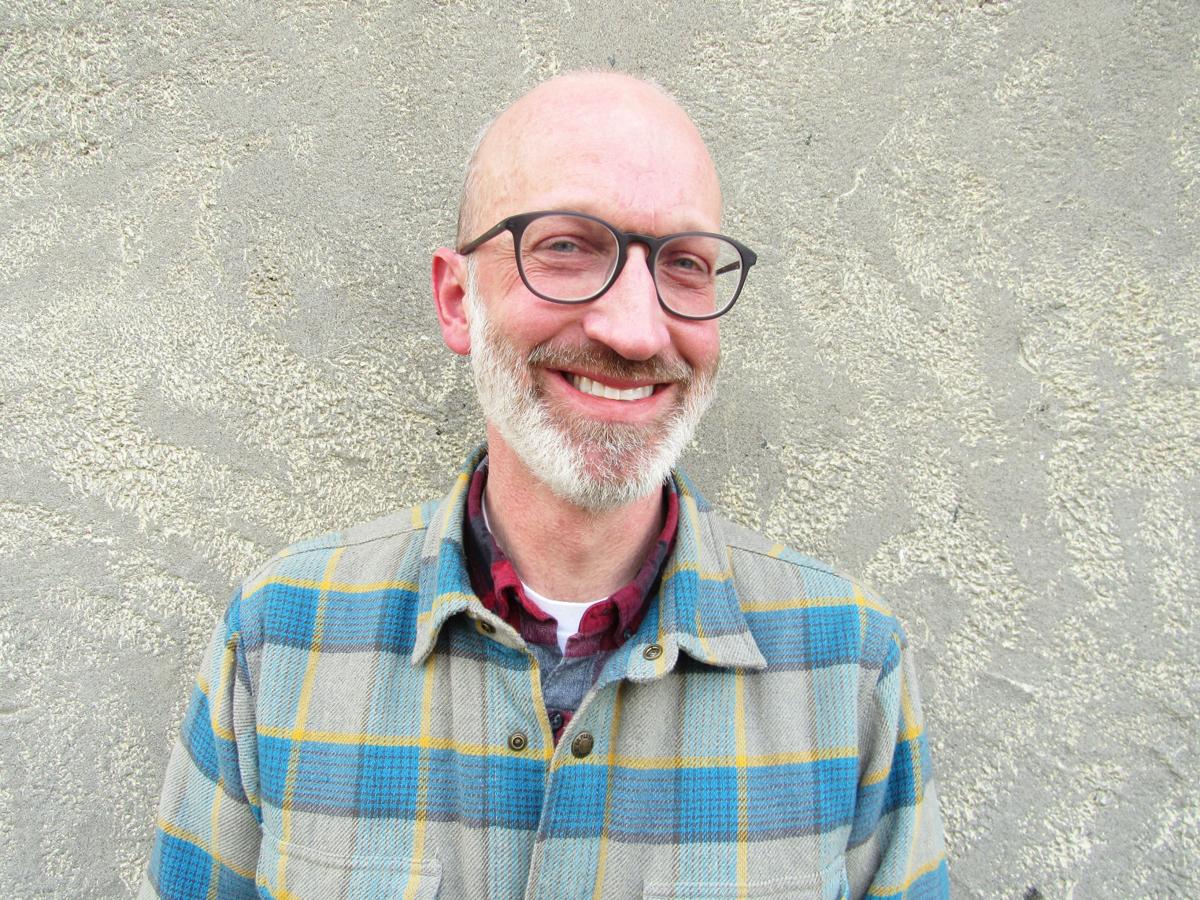 Brian Medford is the owner of Idlewild Biscuits and Bakes. 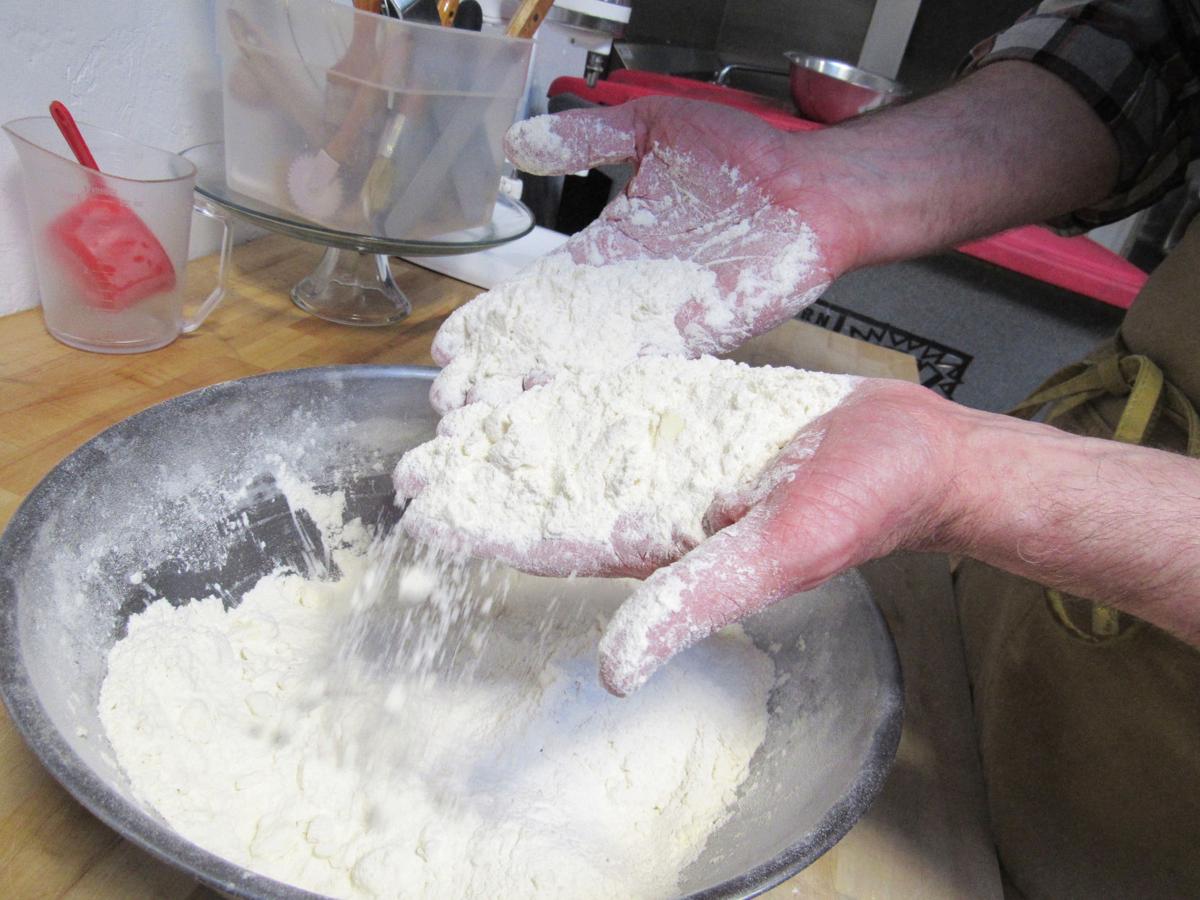 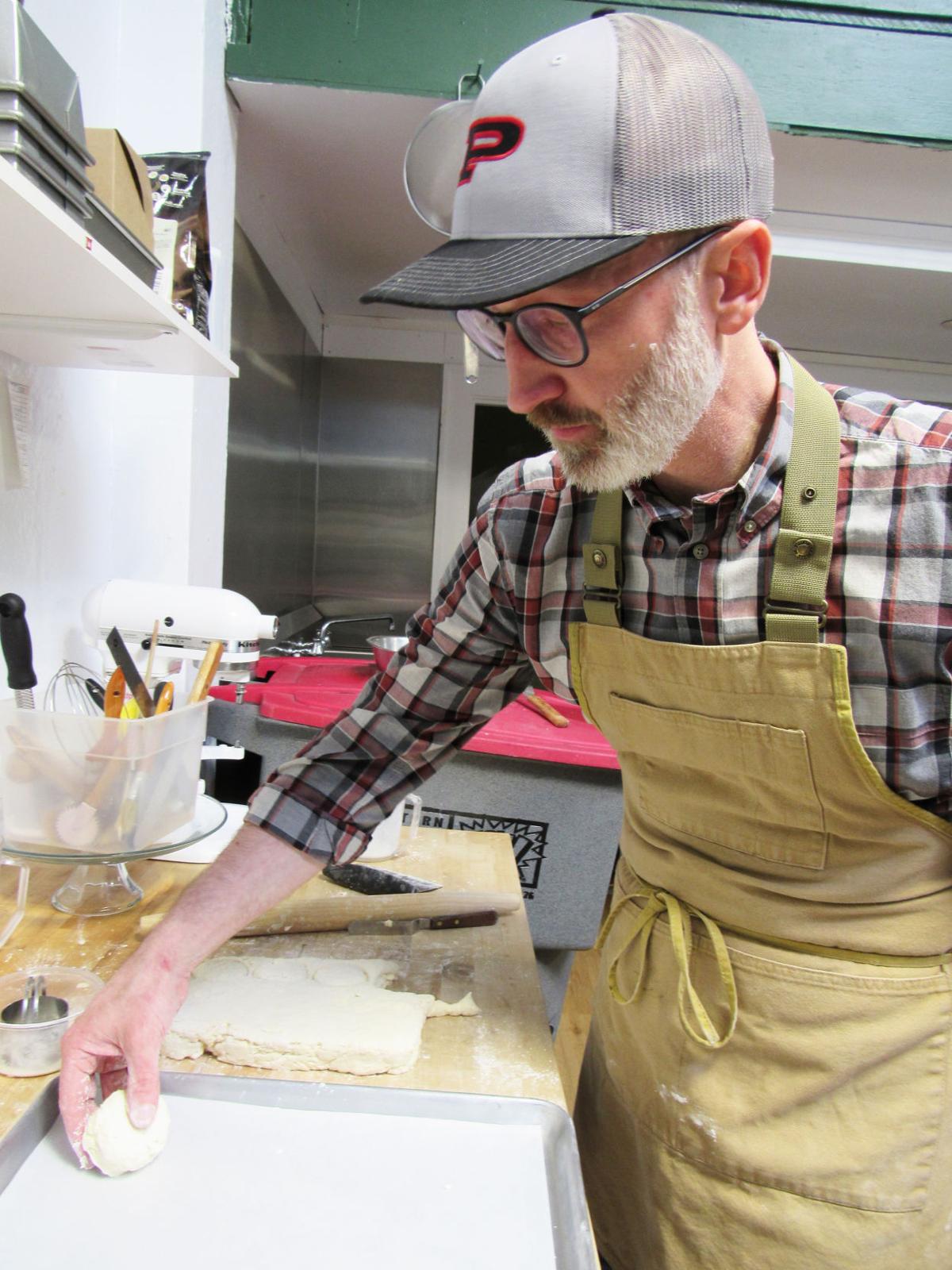 Brian Medford places biscuits on a sheet before baking them. 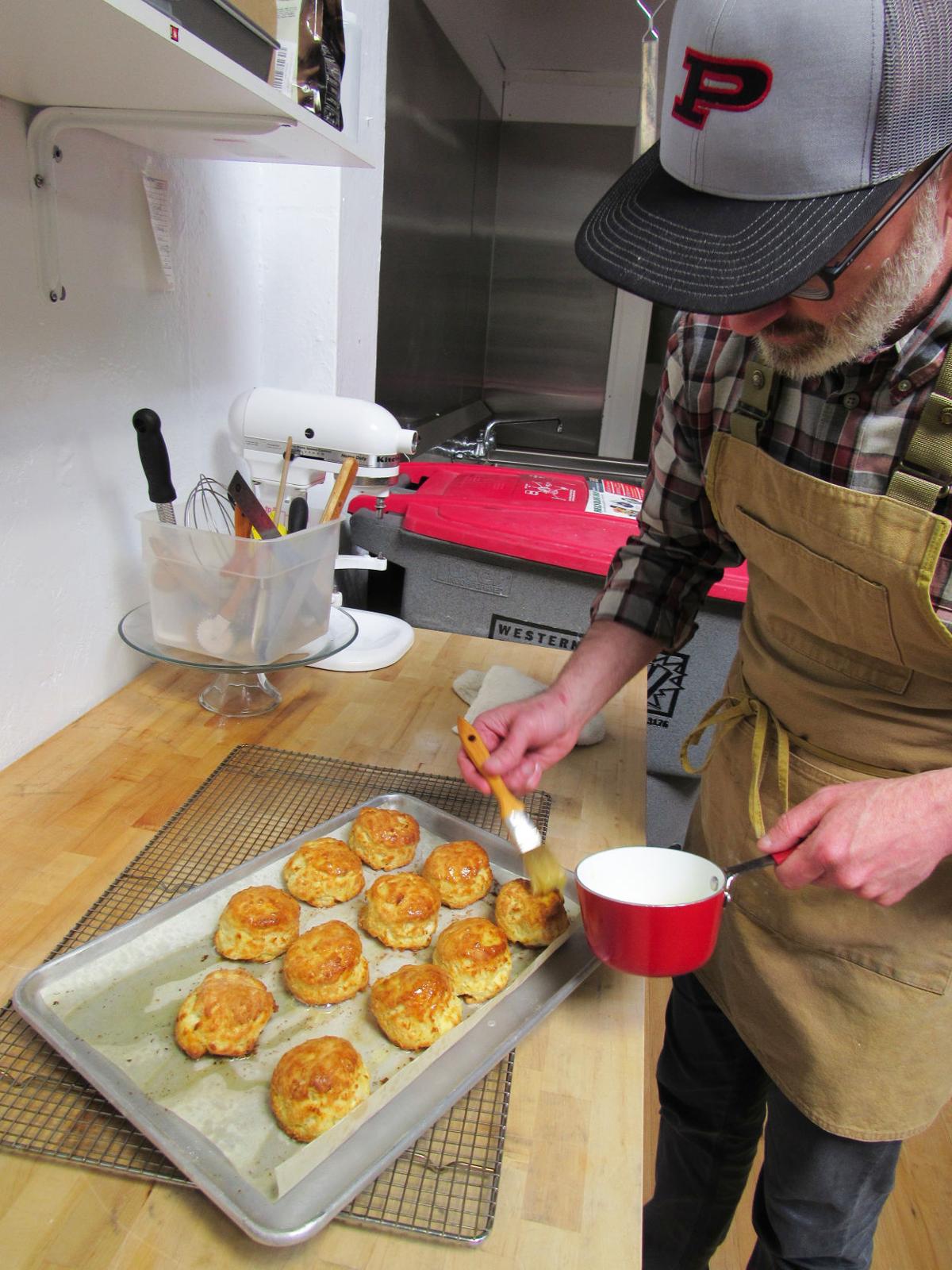 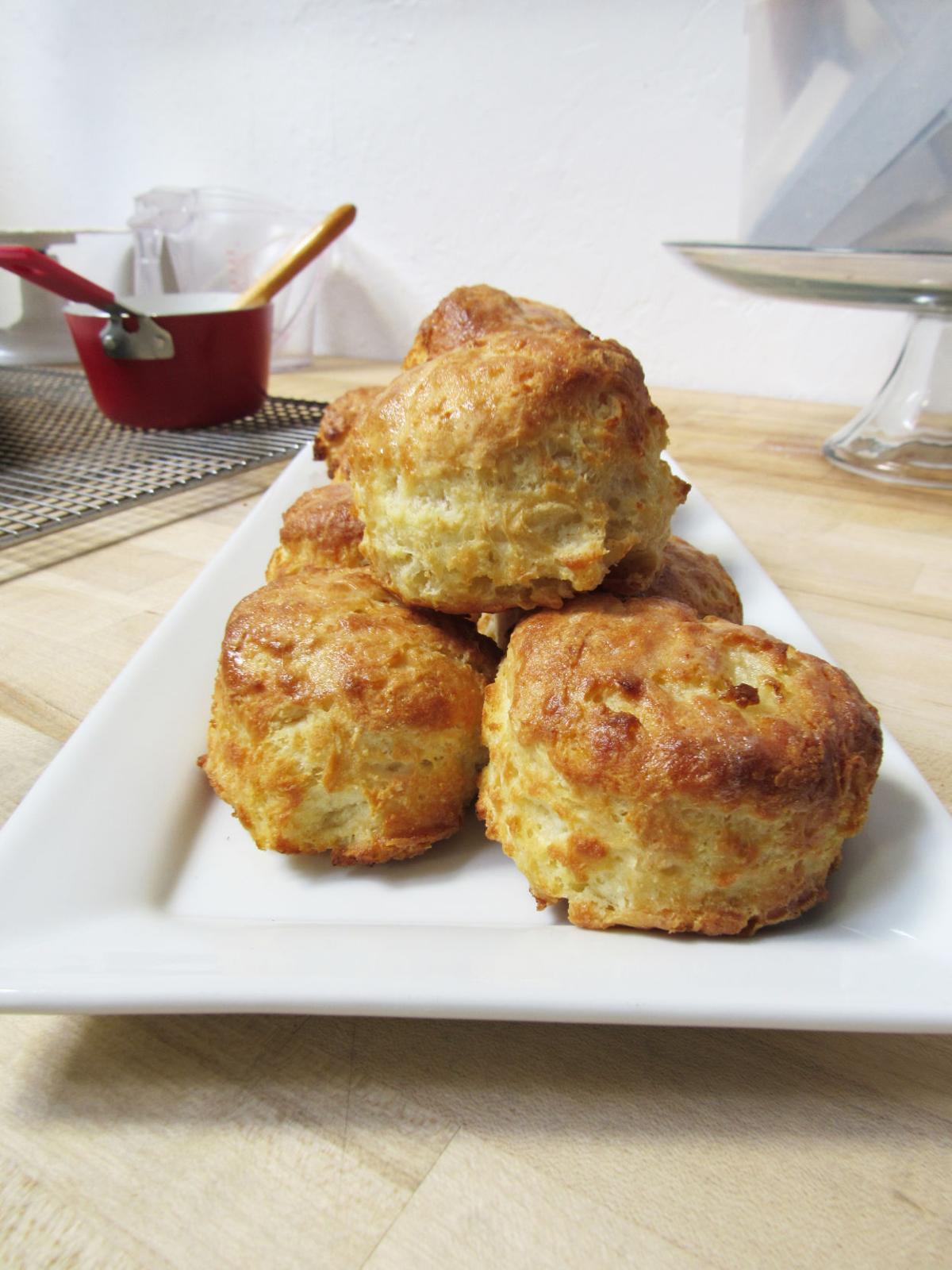 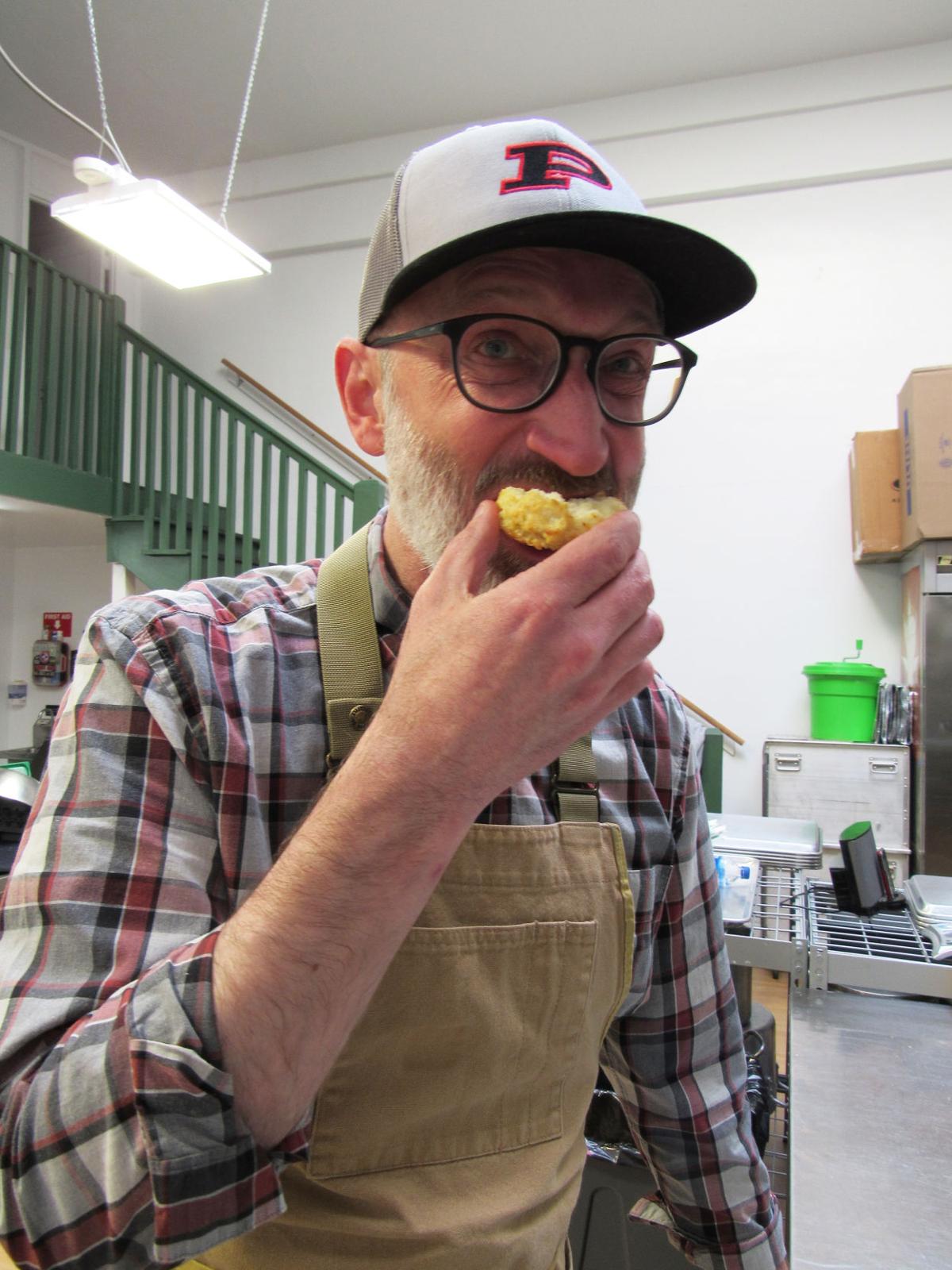 Brian Medford takes a bite of a freshly baked biscuit.

Brian Medford is the owner of Idlewild Biscuits and Bakes.

Brian Medford places biscuits on a sheet before baking them.

Brian Medford takes a bite of a freshly baked biscuit.

Every time he steps into a kitchen, the lessons of Brian Medford’s childhood come with him.

Medford, the owner of Idlewild Biscuits and Bakes, is a home-taught cook. Many of his tricks and skills come from his grandmother, who helped raise him in the South.

A home on the coast

Medford moved to Astoria in November after visiting the area, meeting other cooks and teaching some local classes.

“I knew this is absolutely where I need to be,” Medford said.

Medford came to Astoria from Seattle. For the last five years, Medford worked full-time for the City of Seattle. He worked in healthcare for about 15 years before that.

“Those jobs taught me a lot and I use a lot of the principals from them in the kitchen,” Medford said. “I’m thankful for my time there but baking sparks joy. Those jobs got me to a place where I can cook full-time.”

Before living in Seattle, Medford grew up in North Carolina near the Appalachian Mountains.

Medford created Idlewild about four years ago. The name Idlewild is derived from Idlewild Avenue, which is in Medford’s hometown of Raleigh, North Carolina.

Since Medford’s moved to Astoria, Daniel and Heidi Dlubac, owners of Good to Go, have allowed Medford to use the shop’s kitchen and sell his goods there.

When he isn’t making a treat for Idlewild, Medford can often be found teaching a class. He teaches about eight classes per month at the Pantry in Seattle, a community kitchen.

“If people eat what I bake and enjoy it, that’s fantastic,” Medford said. “But if they go home and make something I taught them, that absolutely delights me.”

Medford also occasionally teaches at the North Coast Food Web in Astoria. He’ll teach a class on biscuits on March 14 and another in the summer on cakes.

“He thinks about the whole food system; where all of our ingredients are coming from, and who played a part in getting them into our kitchens and on our plates,” said Caitlin Seyfried, the food web’s program manager.

Medford embodies bringing people together to share what they love about food and cooking, Seyfried said.

“Food is love,” Medford said. “It’s not just about feeding people but connecting with them. Asking ‘Are you hungry?’ is the ultimate way to tell someone you love them.”

Cooking from the heart

Medford’s grandma taught him just about everything he knows about cooking.

“My cooking is a love letter to her,” Medford said. “Most of my memories of her are food-related. I want to replicate that.”

Medford inherited his grandma’s wooden spoons and pots. He regularly uses them.

“They’re the best thing I own,” Medford said.

While living in Seattle, Medford honed his baking skills under the guidance of Rachael Coyle, owner of Coyle’s Bakeshop.

“It’s been really neat to see him go from baking the things I do, which are generally French pastries, to seeing his style develop,” Coyle said. “He’s reinterpreting things his family baked. There’s a lot emphasized from his history and background.”

Before Coyle opened her bakery, she and Medford spent a summer together where they’d spend two days a week baking for pop-up shops.

“They were early and long days,” Coyle said. “He threw himself into baking with passion. He took everything really seriously.”

During the first year Coyle’s bakery was open, Medford spent every weekend helping her bake. The pair are still close.

“He doesn’t just make recipes and say ‘Oh, this is good.’ He has a very strong sense of what he wants the end product to be,” Coyle said. “It makes the difference between a pretty good baker and someone who’s excelling in what they’re doing.”

Lessons in the kitchen

When teaching, Medford encourages students to learn the history of the dishes they’re making.

Learning a dish’s history can help cooks “celebrate all the nameless cooks,” the slaves and servants who brought many of the South’s now-popular dishes to the country, Medford said.

Another goal of Medford’s is to have students learn the basic steps of creating a dish so they can then customize their creations instead of making dishes exactly as he does.

“I want people to understand components and techniques,” Medford said. “The way your momma made it is the right way.”

One of Medford’s biggest suggestions for cooks is to use an oven thermometer. Doing so can help prevent dishes from being under- or overcooked because ovens sometimes don’t heat to the temperature they’re set at, he said.

“Sometimes the oven is the bad baker, not the person,” Medford said. “I want people to rely on themselves, not a timer. An oven can’t tell if things are done; you can.”

Medford’s other main suggestion for novice cooks is to stay confident while in the kitchen.

“Pastry can smell fear. When people start getting scared, things start collapsing,” Medford said. “Mistakes are going to happen. Food should look like a person made it, not a machine. Rustic is beautiful.”

Sold at Good to Go