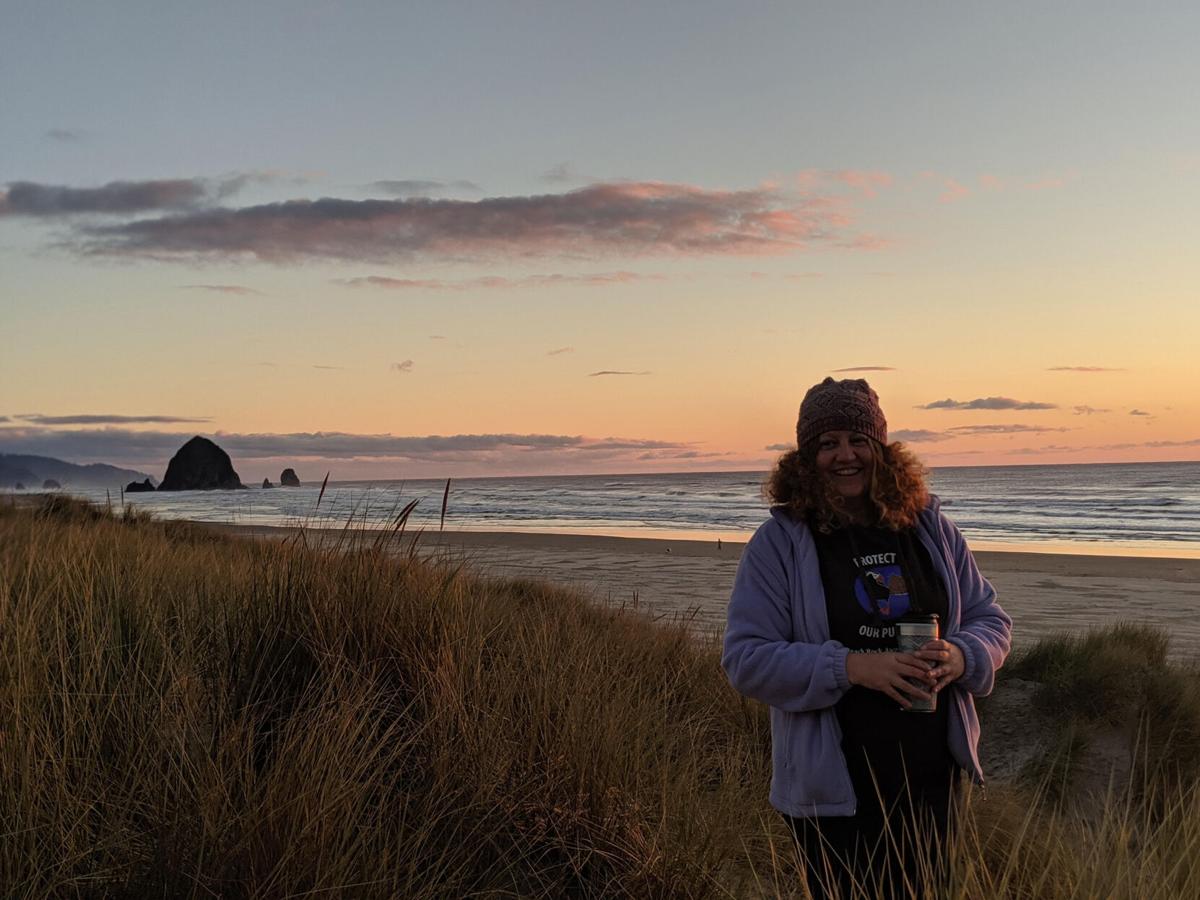 Mindy Hardwick wrote her latest book while working as a substitute teacher on the North Coast. 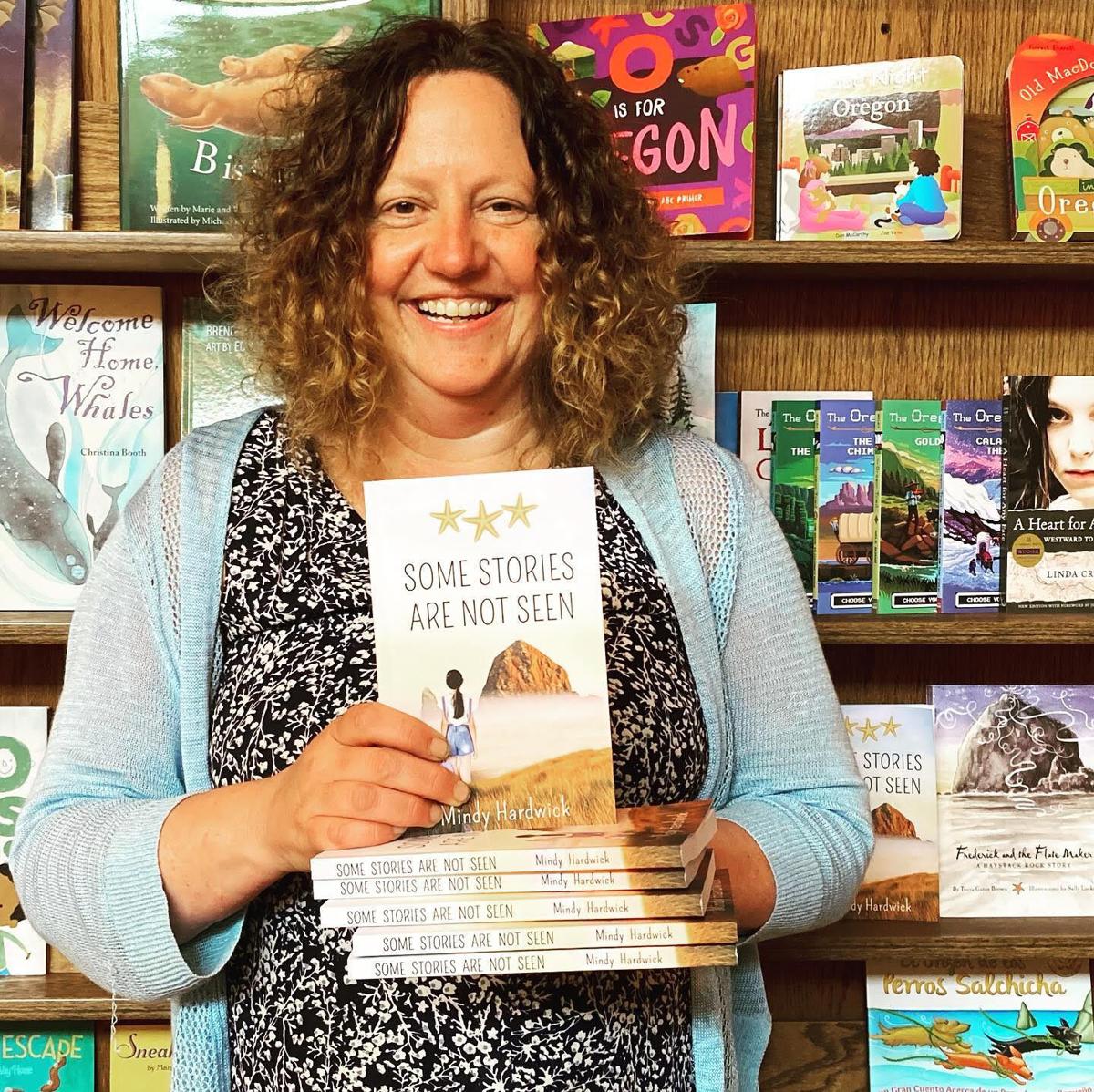 Hardwick and her book, ‘Some Stories Are Not Seen.’ 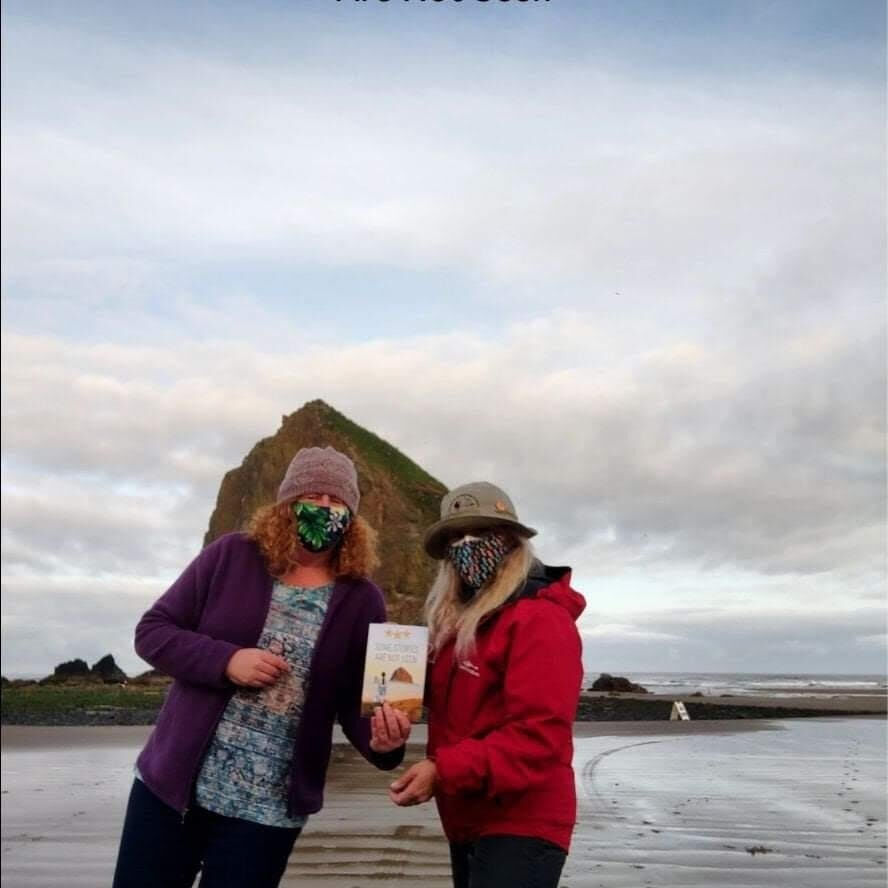 Hardwick was inspired by Haystack Rock to create the fictional characters in her book. 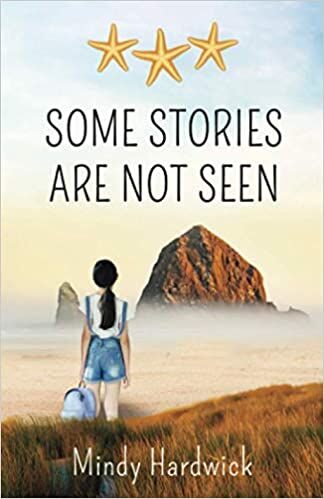 The cover of Hardwick’s book, ‘Some Stories Are Not Seen.’

It all started with a four-legged friend and a passion for helping young kids learn to read. Now a local author is focusing on teaching children about environmental issues through storytelling.

Local bestselling author Mindy Hardwick’s most recent book “Some Stories Are Not Seen,” was released in March. The book encompasses childhood life on the Oregon Coast with a focus on an environmental danger threatening sea life. The book is available at the Cannon Beach Book Company.

Hardwick wrote the book for children and young adults, a demographic she knows well with almost 25 years of teaching experience under her belt.

Hardwick started her writing career sharing stories about her dog “Stormy” on the Amazon platform, Villa.

“I started writing stories about him 10 years ago when I first got him and he was training to be a therapy and reading dog, but he didn’t pass the test,” Hardwick laughed. “A year and a half of training and he barked.”

While recently working as a substitute elementary school teacher in Astoria, Seaside and Warrenton, she was inspired by her students to create Lucy Lavender, the main character of her new book. She used Cannon Beach as a reference for the town in the story, naming the book’s fictional town “Sea Cove,” and referring to Haystack Rock as “Sea Rock” in her book.

“I could never have written that book if I had never been in that year and a half of subbing on the coast,” said Hardwick. “I would not have had the pieces to tell that story.”

The 204-page book follows a young girl’s eagerness to help save the disappearing sea stars that are dying off at alarming rates.

Hardwick correlates her book to the real issue of sea star wasting disease, a syndrome that occurs in starfish and has an extremely high mortality rate.

“What happens is they get lesions on them and literally start wasting away in front of you,” said Hardwick. “They look very sick. Their skin becomes scaly, then clear and then they’re gone. It only takes about a tide cycle, so about 12 hours.”

Hardwick learned about the syndrome when volunteering for the Haystack Rock Awareness Program, instigating her motivation to incorporate the growing problem into her latest book.

“It is such a visible piece of something not okay with our oceans,” Hardwick said.

Hardwick also wanted to incorporate other aspects of coastal living into her book, and reiterated that she wanted it to be authentic.

“The sea star thing is important but I didn’t know how it all linked together,” said Hardwick.

One day while substitute teaching for a third grade classroom, she told the class about one of the other books she had written. Hardwick said the student’s eyes lit up when they realized she was an author, and they asked her to sign their notebooks and pieces of scrap paper.

“But in that moment I knew that this was it, the girl in my story has to be in this school and be older for the things she has to do, but that was it,” said Hardwick.

Hardwick put in a lot of research for her book in conjunction with the Haystack Rock Awareness Program, using their recommended pamphlets and books to craft her story.

“They recommended two books, they were an illustrated guide for sea life and tide pools and I used that very heavily,” Hardwick said.

She also based locations in her book off of real-life places she’s visited in the past.

“I came for the stormy weather festival in Cannon Beach and stayed at the hidden villa, which is where an old set of cottages are located,” Hardwick said. “These cottages are actually featured in the book and are where Lucy and her mom live, I just love that connection.”

Hardwick loves the unpredictability of the coast, but she also noticed that the sense of community on the North Coast is something rather special.

“I was so struck by how active my neighbors were and the people around me were all in a cause that is important to all of us, and that really struck home with me,” Hardwick said. “People that just visit just don’t see it.”