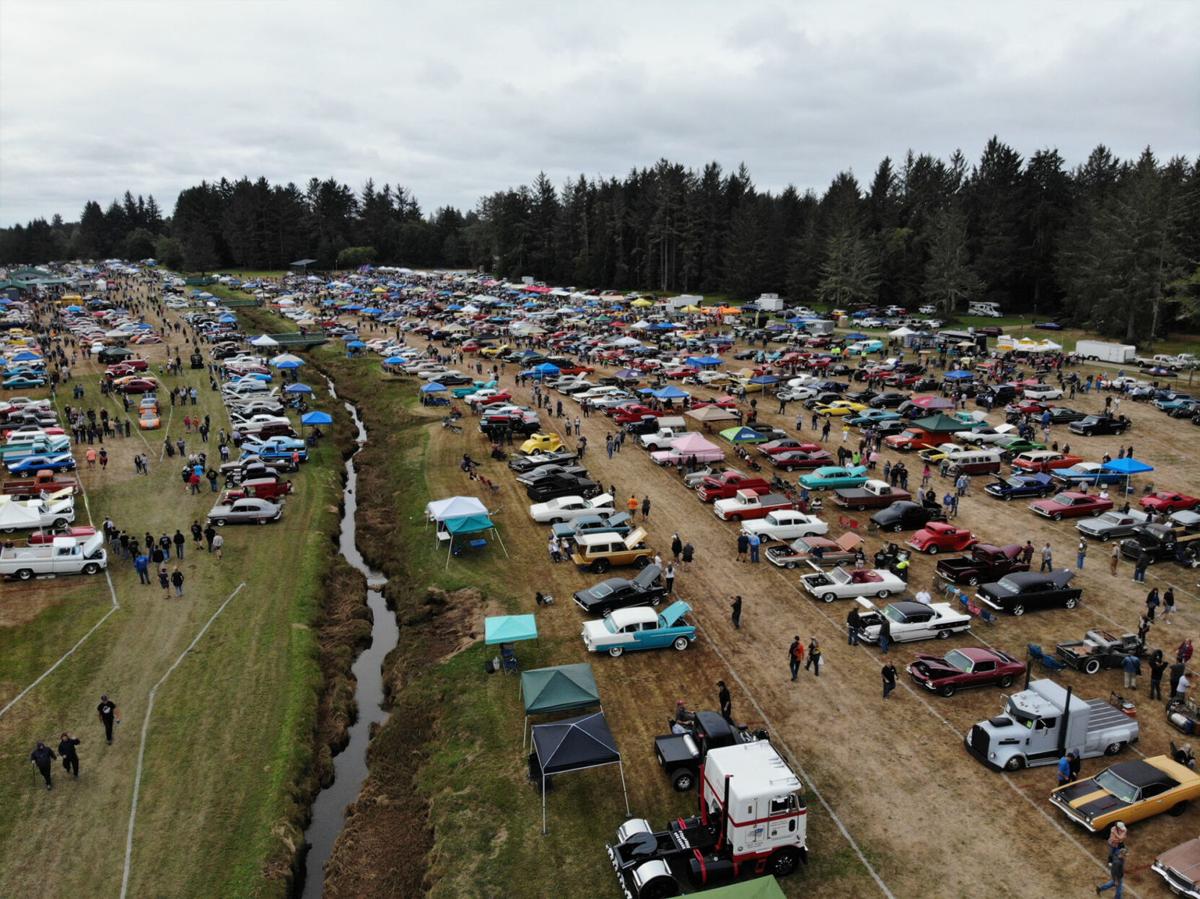 Up to 1,000 cars are expected to be on display at the annual Rod Run to the End of the World in Ocean Park. 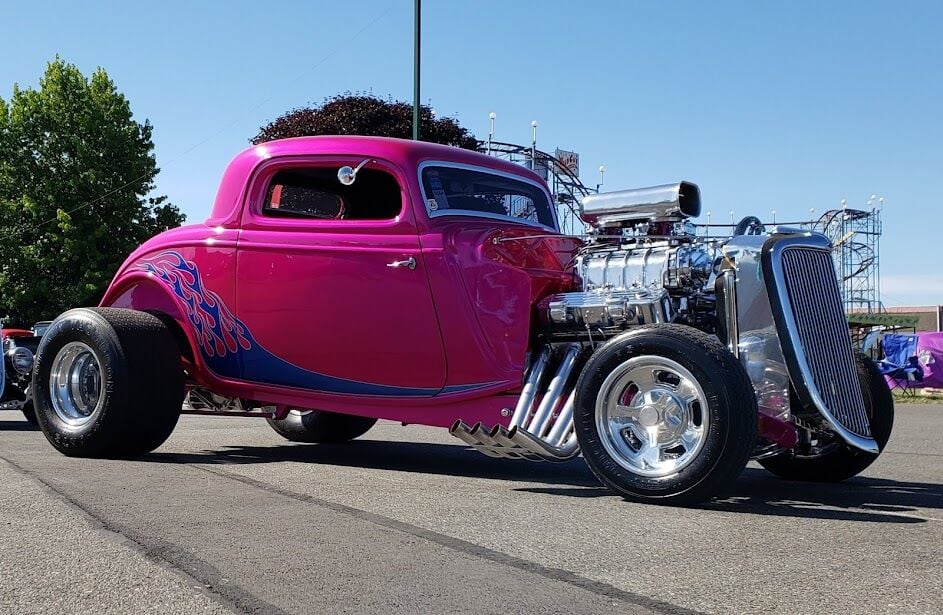 This pink 1934 Ford three-window coupe owned by Troy and Kim Rimstad won the People’s Choice Award at the 2019 Rod Run. It was built in 1986 and has a fiberglass body. The logo for Rod Run features the three winning vehicles from the previous year.

It was inevitable that Joseph Natoli would become a “car person.”

His father had a garage in California’s San Fernando Valley and young Joe and his friends grew up surrounded by exponents of hot rod racing.

“I was in the middle of it,” he said. “We used to ride our bikes and go watch them make their engines.”

Awestruck kids watched as legends of the Top Fuel engine world, inevitably with a beer in hand, swapped stories in their custom body shops.

His first car was a 1946 Chevrolet truck. It’s been many miles since then for the retired military man.

Natoli is president of the Beach Barons, the Long Beach Peninsula car club. He spent 15 years restoring a 1938 La Salle Opera Coupe, one of only 2,200 produced. He is amused that it sometimes takes him 20 minutes to fill his gleaming black vehicle with gas — because he is answering so many questions from fascinated onlookers. “It’s a lot of fun,” he said.

Natoli is excited the Rod Run to the End of the World is back after its coronavirus hiatus. The 37th annual incarnation of the classic and vintage automobile festival is planned for Saturday and Sunday.

Last year, the Beach Barons reluctantly made the decision to cancel their event, based on Washington Gov. Jay Inslee’s regulations on crowds. Last year’s planned Slow Drag races at the Port of Ilwaco were canceled and have been this year, too.

Despite the coronavirus risk, scores of people showed up in their vintage cars on the weekend after Labor Day last year. Long Beach Police Chief Flint Wright and law enforcement colleagues were in evidence making sure all remained calm among the thousands of visitors.

For the Rod Run, cars must be at least 30 years old. About 500 are registered, and Natoli said traditionally about the same number register at the beginning of each year’s event. “If that holds true, we will have possibly 1,000,” he said.

The Barons began with a 68-car event in 1963 and it grew from there. When the event was held on Labor Day weekend, it attracted up to 1,500 vehicles. It moved to the weekend after Labor Day some years ago, reducing attendance slightly. The group has a 27-acre field at 25515 Sandridge Road in Ocean Park on the northern part of the Long Beach Peninsula.

Natoli said the space allowed for each displayed car will increase from 10 to 15 feet. This will give attendees extra room to maintain social distance.

Gates open at 8 a.m. both days with an opening ceremony at noon Saturday. The $5 admission charge allows access to a swap meet, being held for the eighth year. It runs 8 a.m. to 5 p.m. both days. “It is going to be bigger than ever for those looking for parts,” he added.

A raffle will be held for an engine created from a Chevrolet Performance Series 350 block with tickets going on sale Friday. And SRC Racing will have a crew on hand displaying a circle car used on oval tracks.

Musicians will entertain attendees and there will be food vendors. “Just about any kind of cuisine you like,” Natoli said.

More than 100 trophies are awarded; everyone attending has a chance to vote on their favorite. Cars owned by the organizers aren’t eligible.

The three top vehicles are featured on the logo for the following year’s festival, which appears on the commercially designed posters and T-shirts.

“We give the artist a bit of direction, so we also have the North Head lighthouse, trees, the beach and mountains,” Natoli said.

Organizers are eager to make sure all those attending take extra care with parking. The Lions Club Field on Z Street (off Bay Avenue) will offer parking. Natoli said it is important for regular attendees to realize that the prior location at the southwest corner of Bay and Sandridge is not available this year.

“We will have traffic control and reduce the speed limits around the show area,” he said. “We ask people to please obey and watch out for people crossing.”

As well as being displayed at the field, many of the vehicles parade from Ocean Park to downtown Long Beach, beginning 4 p.m. Saturday. Spectators put out their beach chairs early on Pacific Way, gathering for impromptu street parties, which begin Friday afternoon when many of the vehicles arrive.

Rod Run to the End of the World

No pets; service animals must be registered.