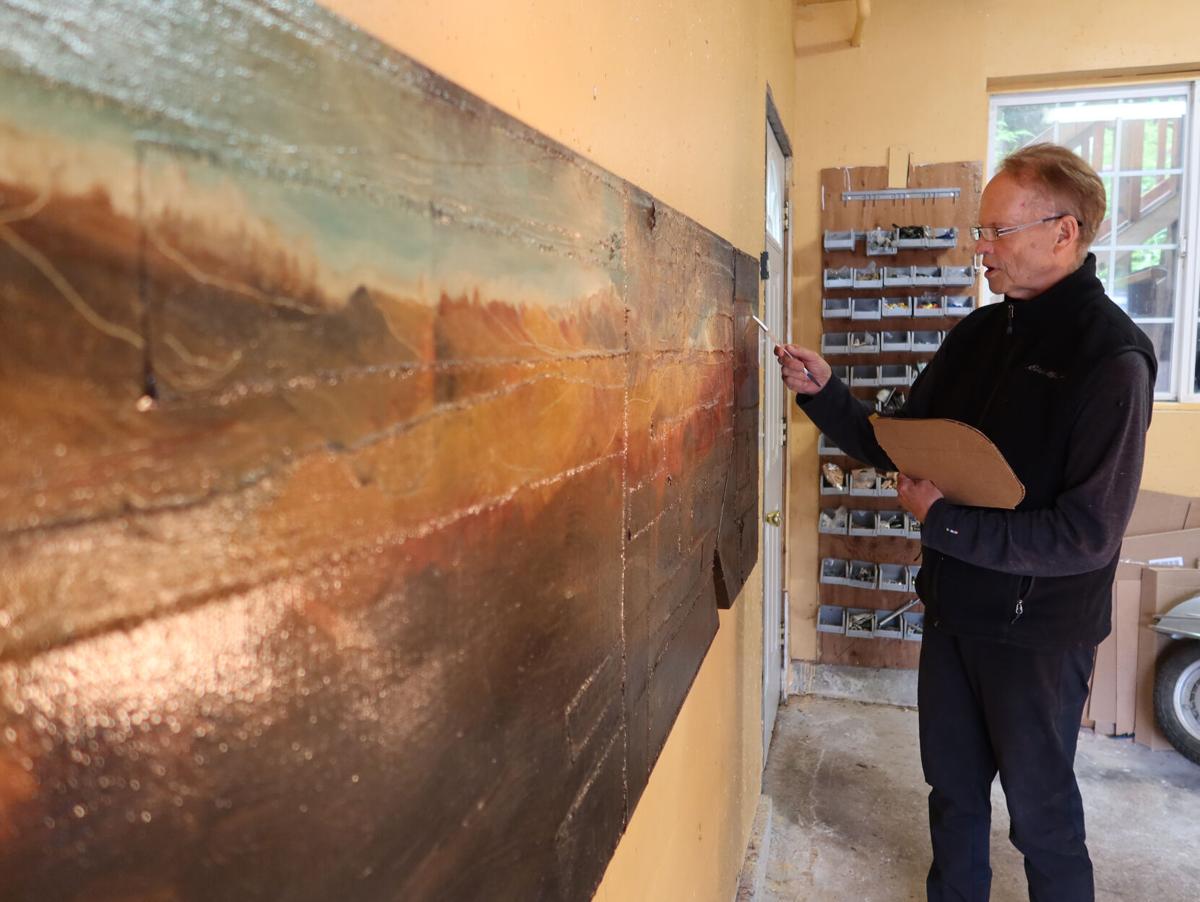 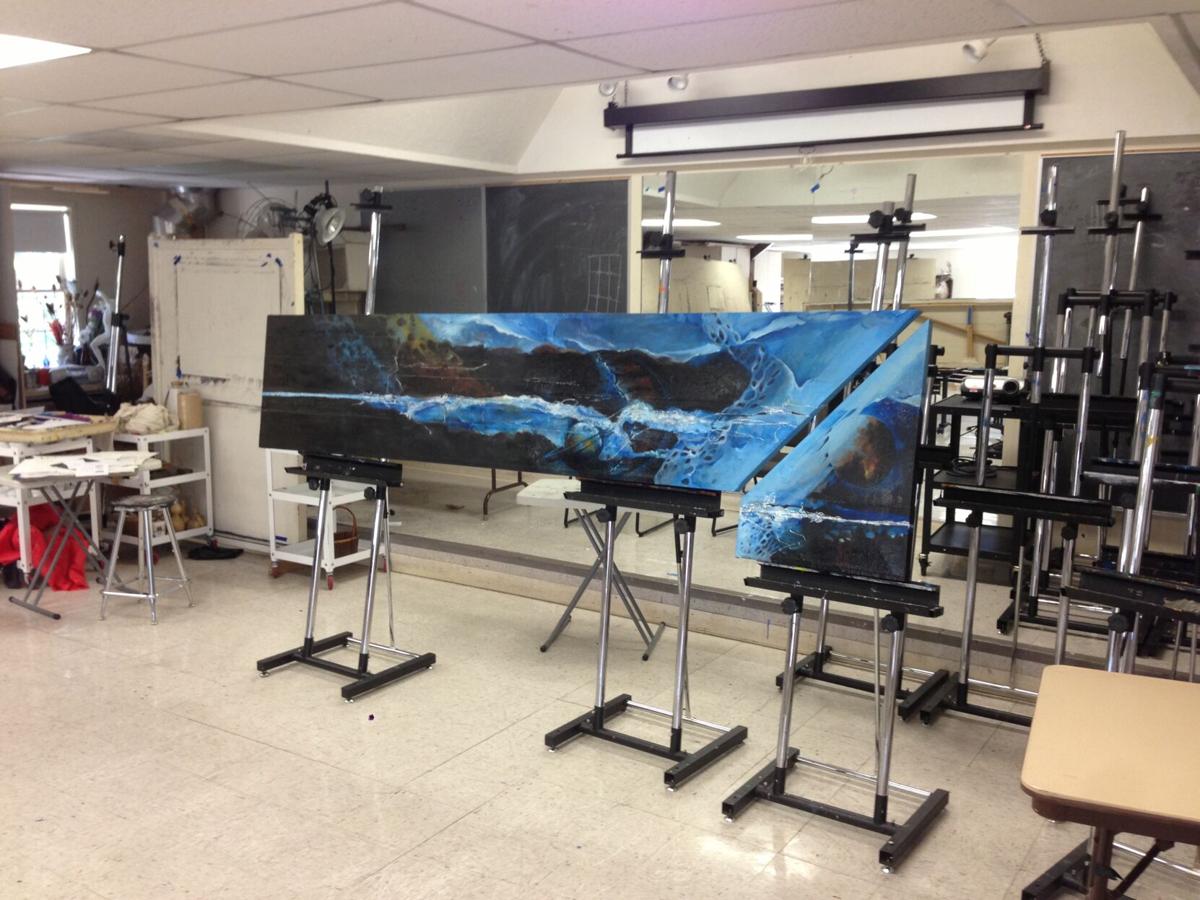 Lehigh’s ‘Spacescape XII’ is a piece commissioned by Pacific University that was inspired by the scientific principles of space and the solar system. 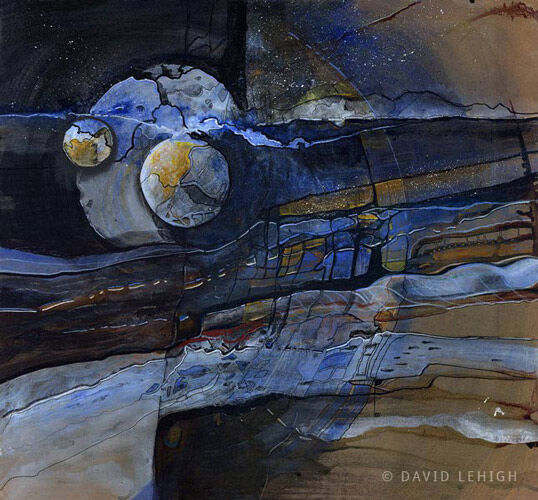 David Lehigh’s ‘Euclid’ is a space landscape that is an expression of space and time, with nebula formations and currents within inter-galaxy strata and black holes erupting throughout a millennia. 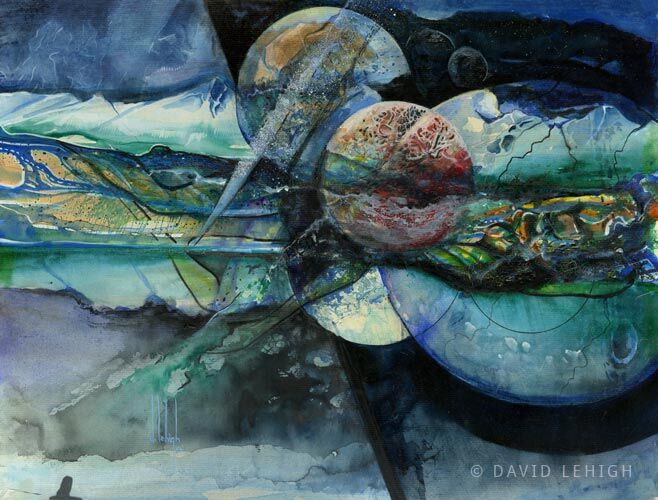 ‘Copernicus,’ by Lehigh, is named after the great astronomer of the 14th century.

Marrying science and art is what Seaside artist David Lehigh describes as a challenge.

He jokingly says he hears from people his pieces “give them nightmares.”

Owner of Spaceprint, Lehigh creates large and small-scale paintings that he uses as a vessel to investigate the environment of the universe and how solar systems, planets and galaxies interact with one another.

One of Lehigh’s recent works is called “Copernicus,” which Lehigh describes as a take off on Mars and the Milky Way as co-joined planetary systems. Another striking piece by Lehigh is titled “Spacescape XII.” This project was a commission of Pacific University, inspired by scientific principles of outer space and the solar system.

His pieces typically range from about 2 to 3 feet wide and 8 to 30 feet long. The larger pieces or multi-sectioned spacescapes can be up to 12 feet long and 76 feet tall. There’s a process that goes into creating his larger pieces. Lehigh will start with buying wood to build a frame. From there, he’ll purchase about 10 yards of canvas and stretch it until it’s ready to be painted on.

Lehigh is a mixed media artist, and uses a combination of oil on canvas, watercolor, acrylic paint and india ink to create his pieces.

Recently, Lehigh completed a commission for a dining room that was a massive space. For this project, Lehigh designed three pieces that would fit the allotted space and let the customer choose.

Since much of Lehigh’s work delves into conceptualizing the universe and constellations, it’s only natural he draws inspiration from space. In the 1960s and 1970s when NASA was shooting rockets into space, Lehigh recalls wondering what it was like up in the great unknown. With limited access to telescopes and TV programs that didn’t frequently touch on celestial concepts, he turned to NASA for information about space and constellations.

“Space was so fascinating to me,” Lehigh said. “It still is.”

Early in his life, Lehigh found a knack for drawing and realistic painting.

“Art came to me at a very young age,” he said. “It was about fourth grade when I started having an eye for what was in front of me.”

Throughout his college career, he remembers always being especially interested in physics and chemistry. From there, his passions for art and space and science naturally intertwined. He received a master’s degree in teaching from Pacific University in 1999. He now not only has art on the wall at the university, but occasionally teaches there, too. He has work featured at the Ford Foundation in New York City. He also was accepted into the Watercolor Society of Oregon.

When he’s not painting, Lehigh is building his house in Seaside, another extension of his love of constructing and designing.

“I love creating,” he said. “But it’s all about having fun and taking on new challenges.”

Contact David Lehigh about commissions and to view his gallery at spaceprint.com