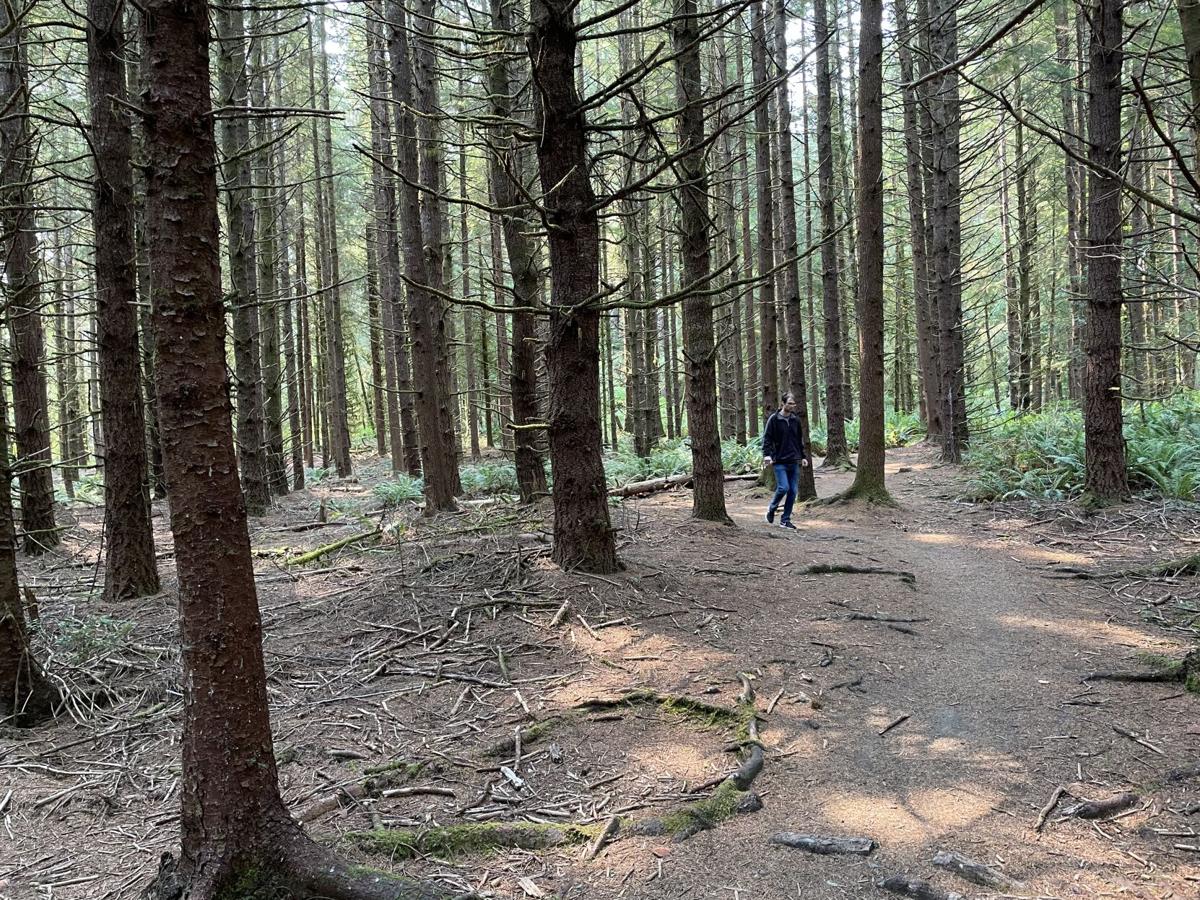 Hiker on the Clay Pit trail. 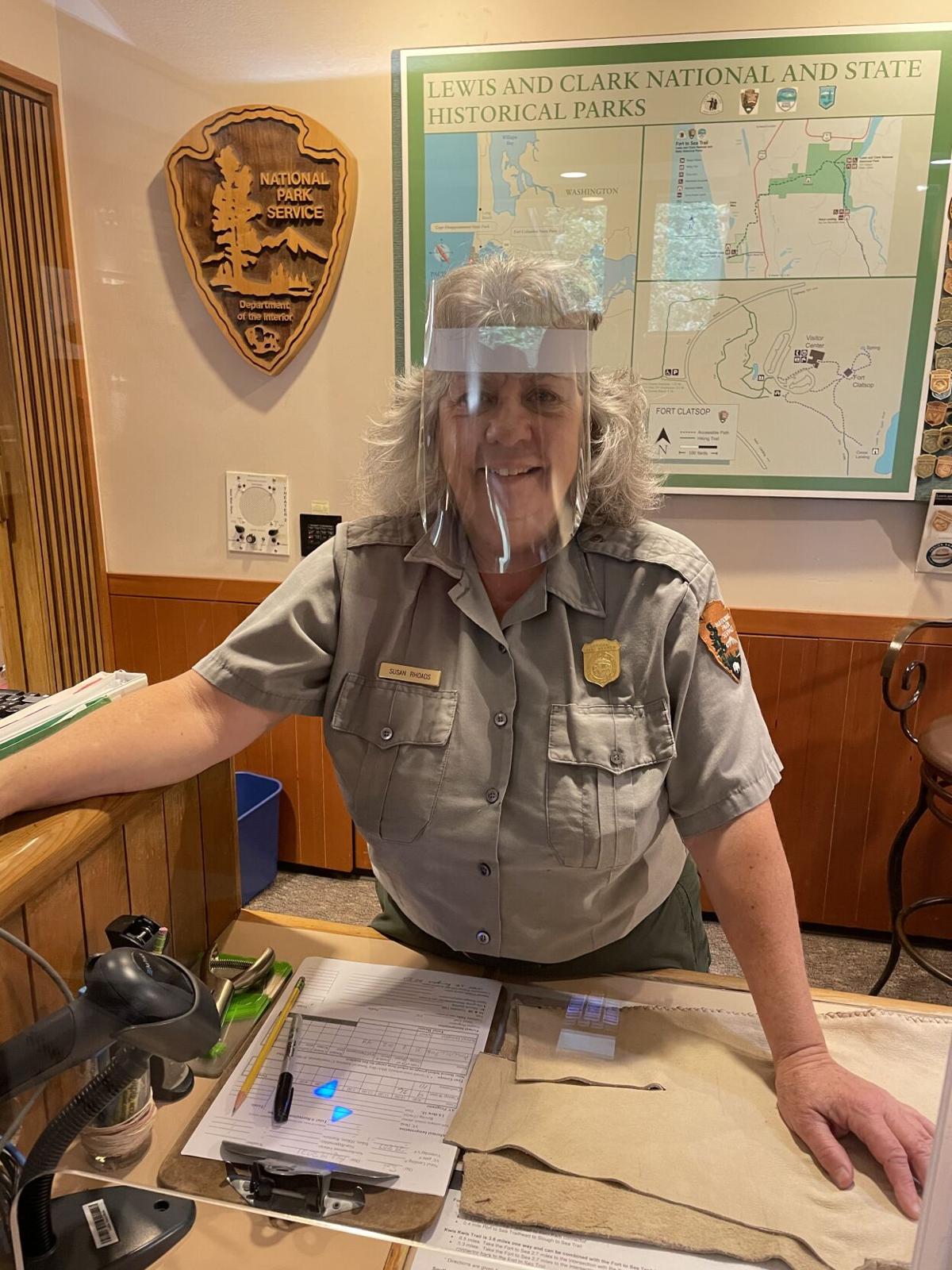 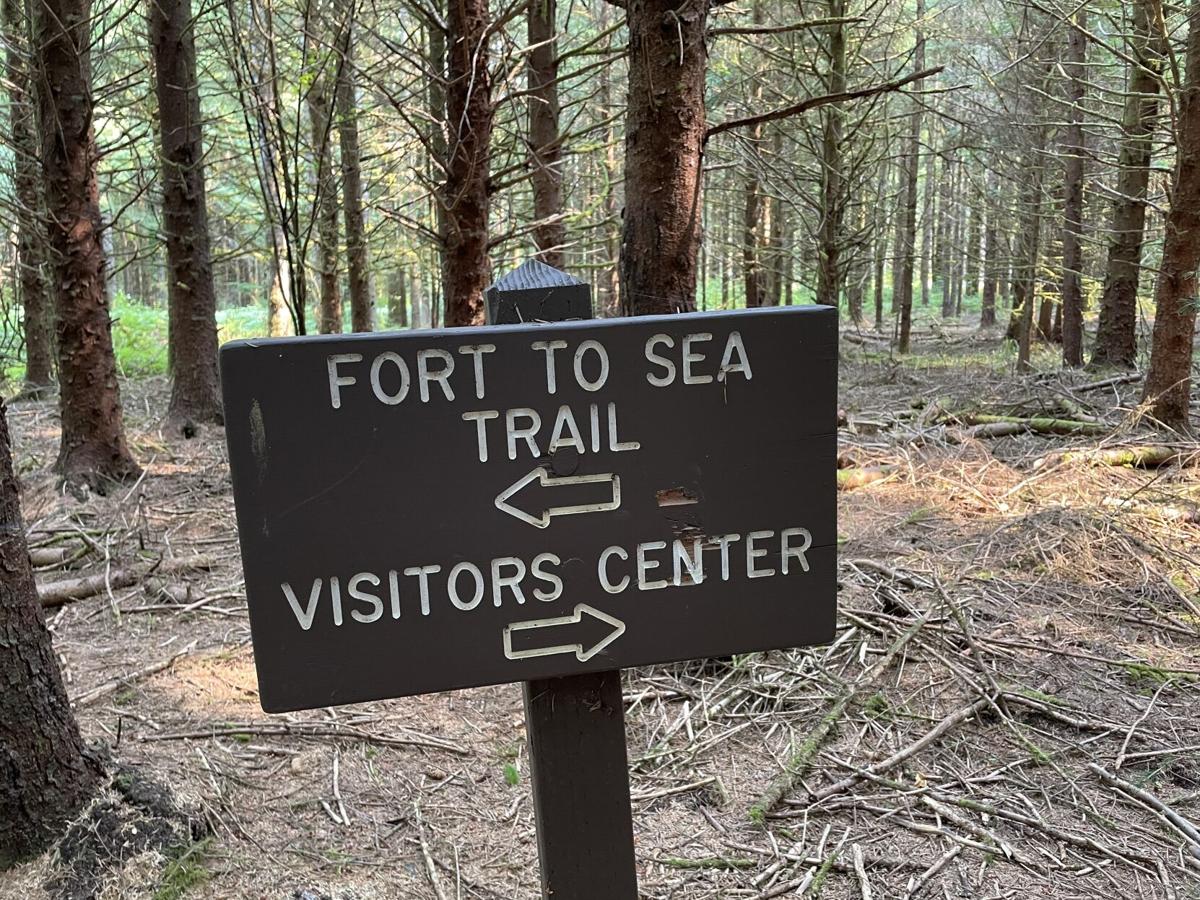 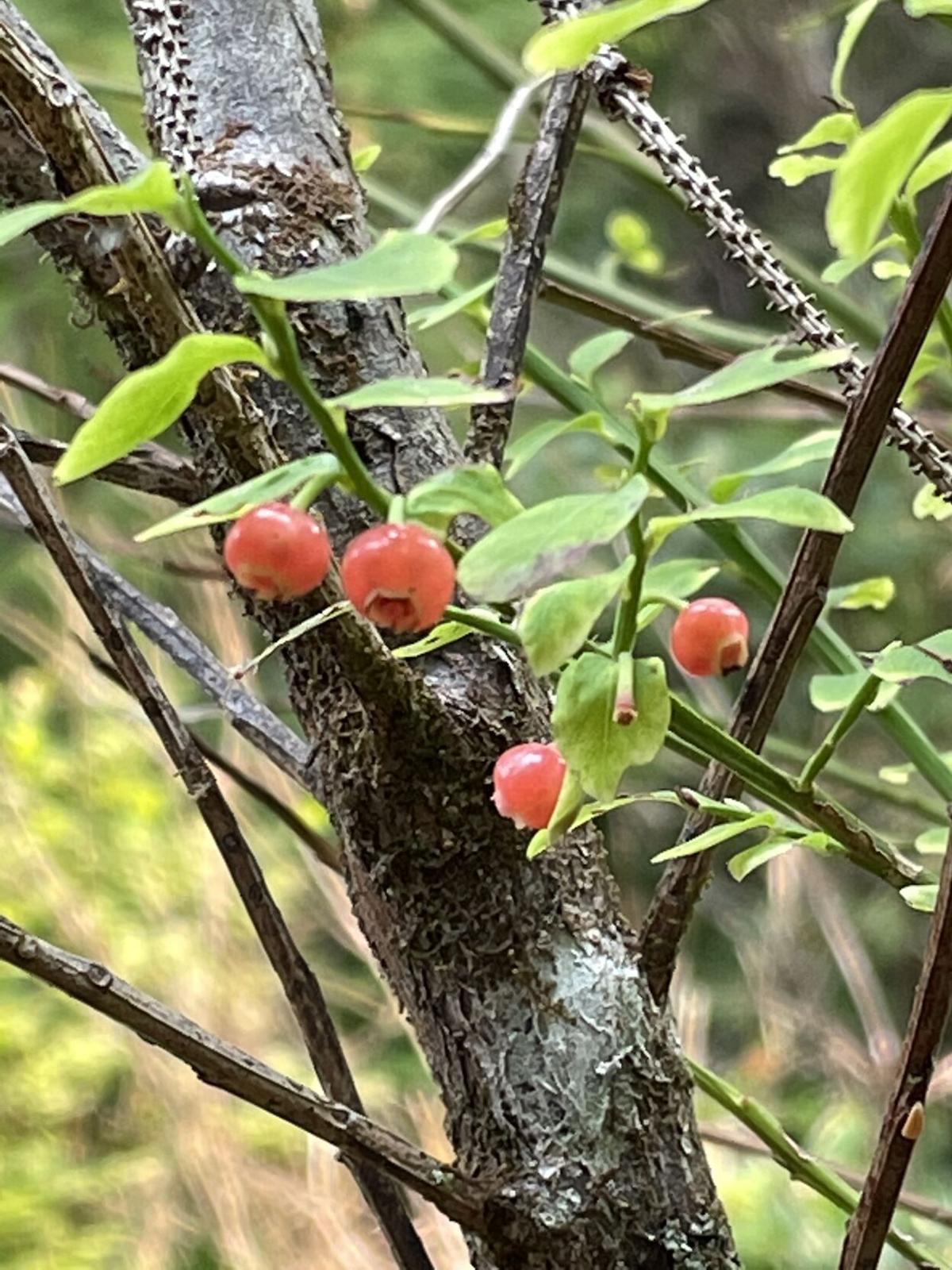 Ripe huckleberries on the Fort to Sea Trail. 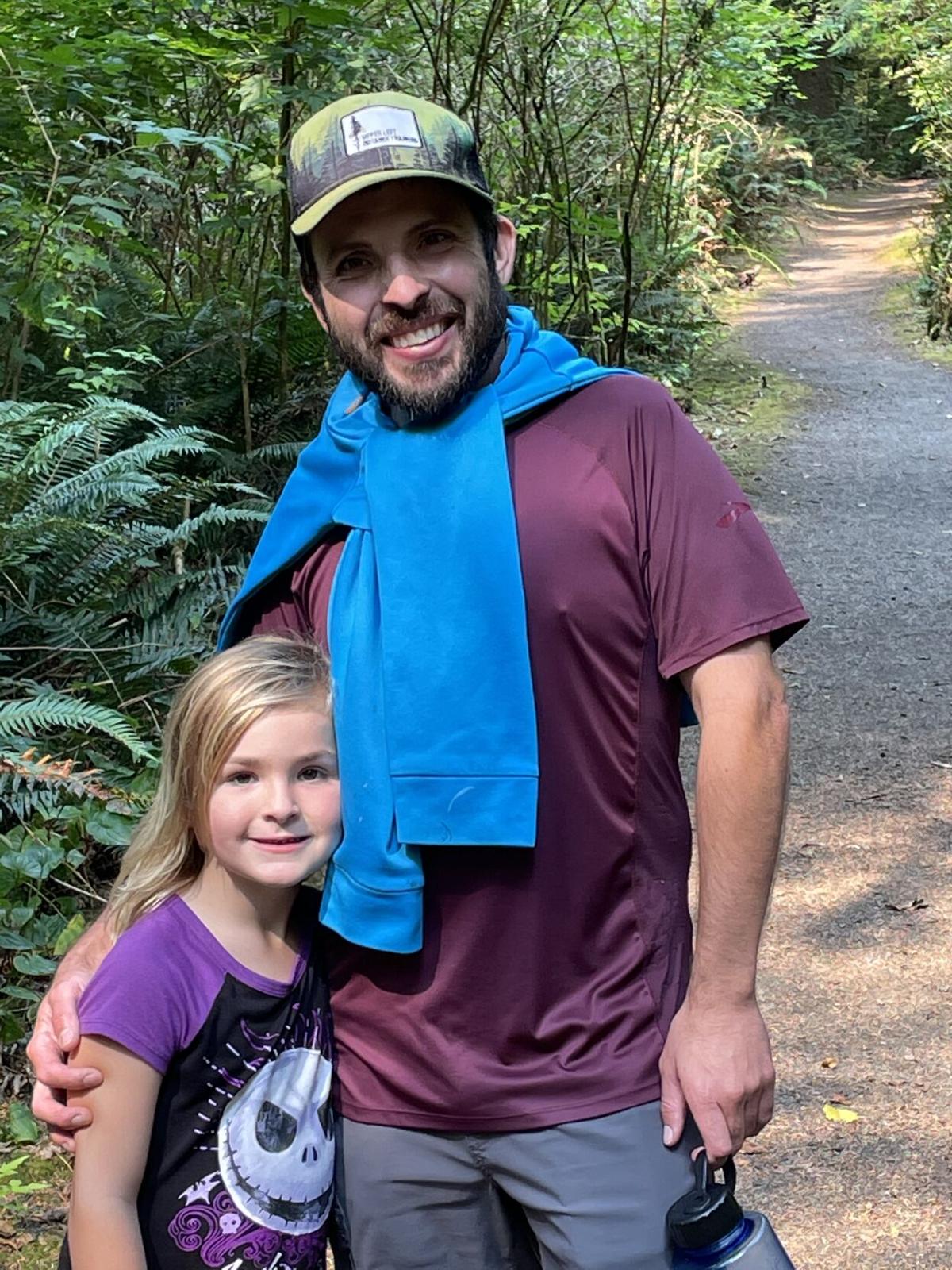 Brandon and his daughter, Genevieve, on the Fort to Sea Trail. 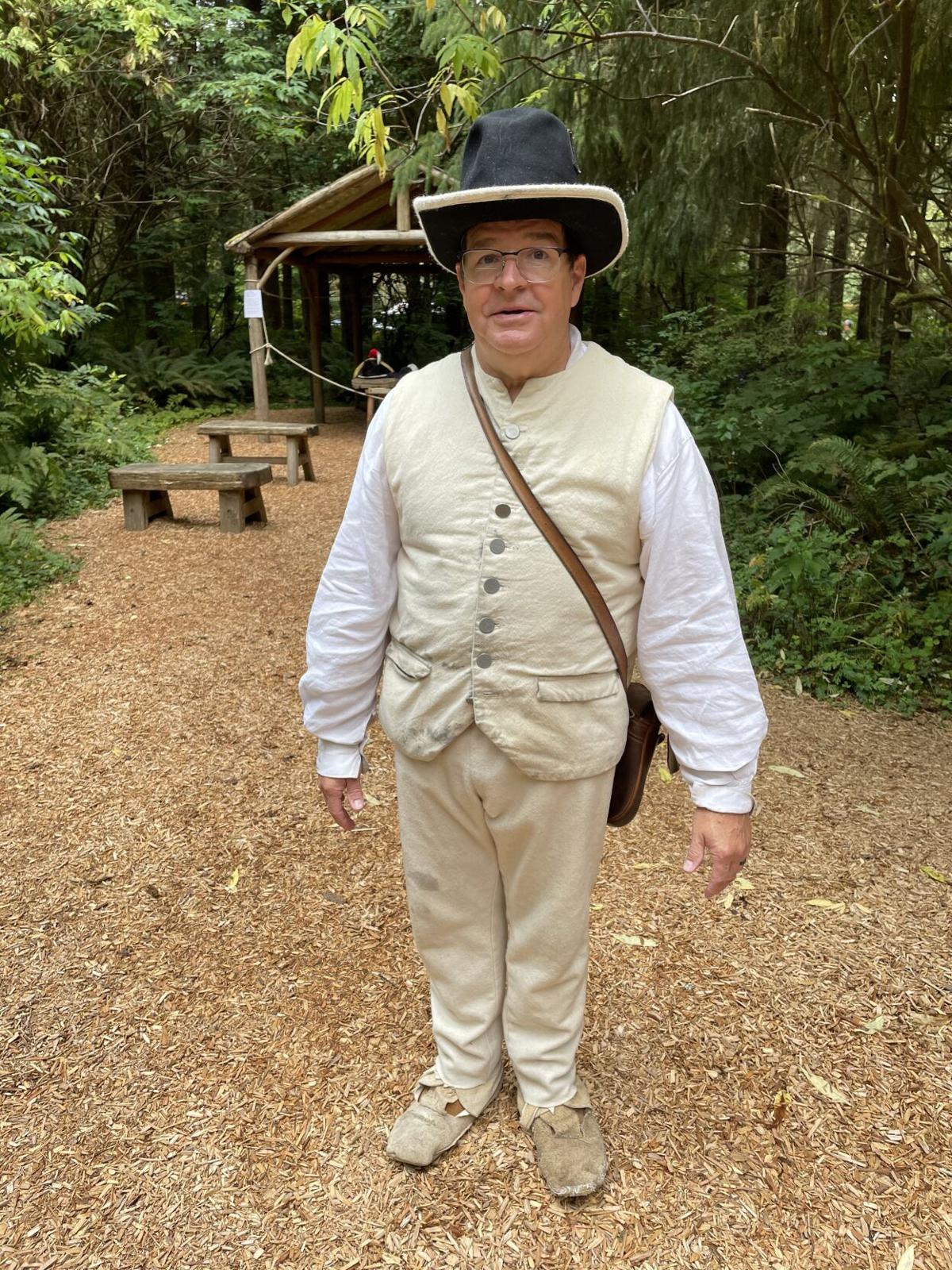 Volunteer Doug Packard in a period costume at Fort Clatsop. 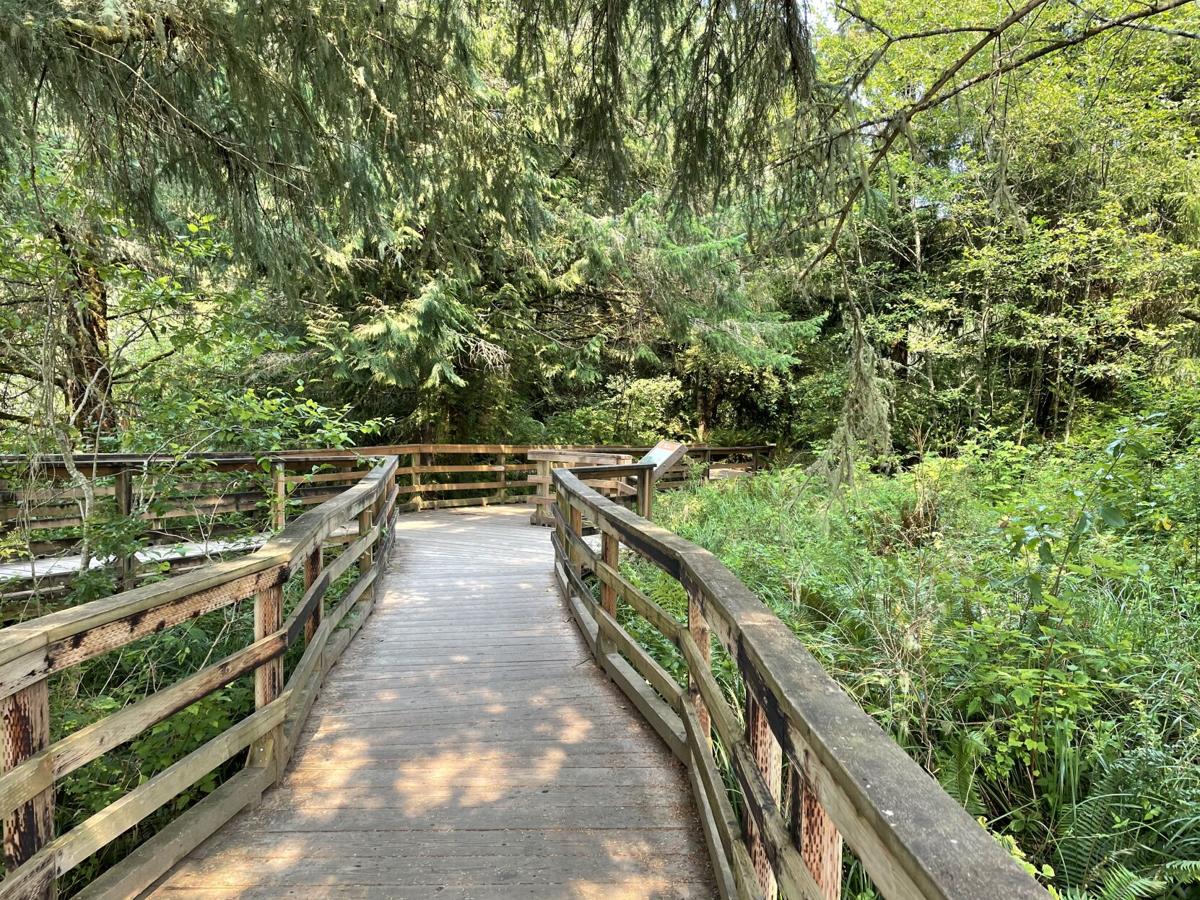 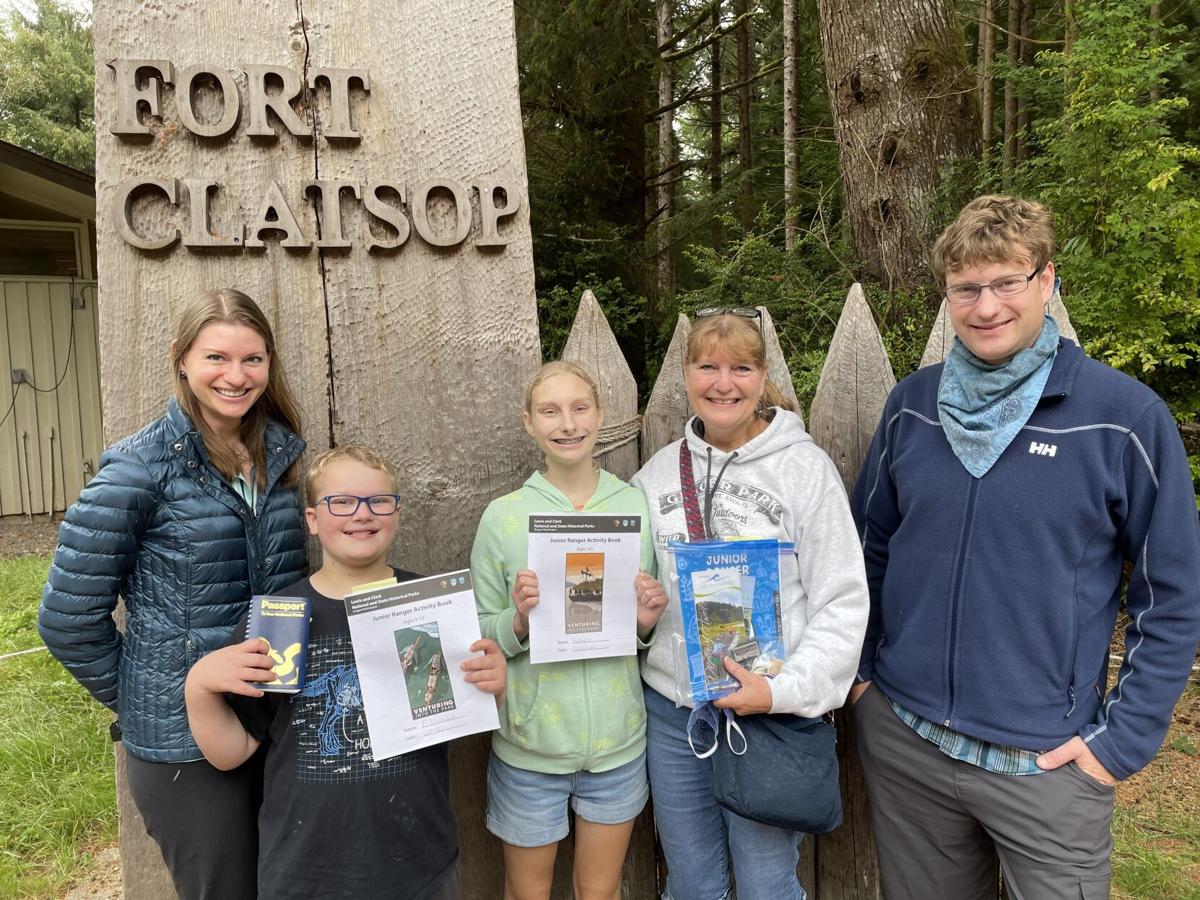 The Geisler family with their National Parks Passport book and junior ranger booklets. 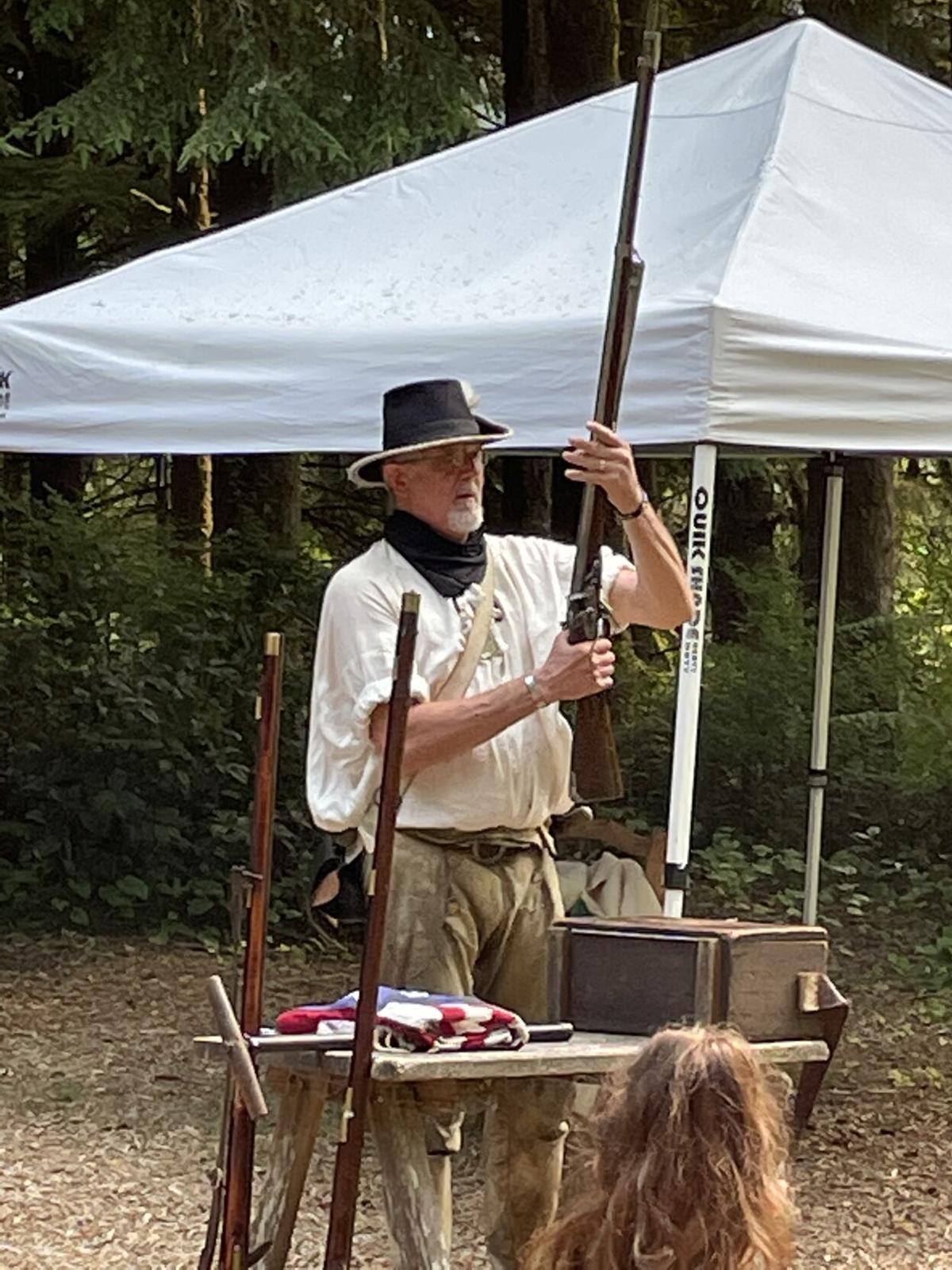 Hiker on the Clay Pit trail.

The Geisler family with their National Parks Passport book and junior ranger booklets.

The park offers a wide range of hiking and activity options. Those looking for an easy stroll can travel from the visitor center to the replica of Fort Clatsop to watch a ranger demonstration. Others who desire an ambitious trek can walk the 6.5 mile one-way trail along the same forest, fields and dunes that the Corps of Discovery traveled on the Fort to Sea Trail. There are also several hikes in-between, including the Kwis Kwis, South Slough, Netul Landing and Clay Pit Pond Trail.

All of the trails intertwine and are walkable. The Fort to Sea Trail will take travelers up through the forest, down into the valley, across the highway and through gentle pastures and grassland to the Pacific Ocean at Sunset Beach. There’s also the option to walk just parts of the Fort to Sea Trail connecting with the other, shorter trails closer to the visitor center and make a nice loop to return.

Intermediate trails at the park traverse the wooded hills across the highway, starting with a hemlock and alder forest full of huckleberries, salal and elderberry bushes. They climb up through a large skunk cabbage marsh, and into a forest of sitka spruce, western red cedars and more hemlocks. A viewpoint rewards hikers with a glimpse of the ocean.

In early June the woods are full of singing swainson’s thrushes and Pacific wrens in the marshland near the river. In August, it’s quieter with just some chickadees, stellar jays, crows and the occasional raven. By September, some of the fall migrating ducks and shorebirds may return.

Brandon and his daughter, Genevieve, hikers from Washington, made their way through several miles of forested trails at Fort Clatsop in late August. Genevieve shared that she likes eating huckleberries.

Hikers Mary and Dave Ruth, from California, discovered Fort Clatsop through the National Park Service app. They have visited 70 National Parks during their cross country travels, using the stamps in their National Parks Passport books as a record of their journeys.

People will find more than hikers in the park. The visitor center includes films, exhibits and a gift shop full of information on local history, culture and nature. Costumed presenters share what life was like for Lewis and Clark and their crew at the fort during the rainy winter of 1805 to 1806.

Volunteer Doug Packard plays the role of typical soldier, costumed in what would have been worn at the start of the discovery mission: a linen shirt with puffy sleeves, vest with buttons and pants. He acknowledges that later into the journey this clothing would more likely be torn, and falling apart. The corps would spend hours hunting elk and tanning hides to make replacement buckskin clothes and moccasins.

Park Ranger Susan Rhoads dons a faceshield to welcome visitors to the park. She loves her job as a park ranger for the variety of activities she gets to participate in, be it giving interpretative kayaking tours or answering questions about the fort.

The Geisler family from the Seattle area came to the park to get another stamp for their National Parks Passport book. The couple’s son, Elliott, says he really likes getting a new stamp for each park they visit. Junior ranger booklets are available at the center for young people to take with them while walking through the park.

The Geilsers and many others gathered by the fort to listen to Matt Hensley’s presentation about tribulations of the epic journey and demonstrate the air rifle used by Capt. Meriwether Lewis.

Hensley is an eighth grade teacher and has been a seasonal park ranger for 28 years. In addition to giving scheduled talks and demonstrations, he answers visitors’ questions and shares his wealth of expedition stories in a vivid style all while dressed in buckskin and old linen like the characters he describes.

There’s something special about visiting Fort Clatsop and hiking along a river path or into a forest where the native Clatsop tribes and the Corps of Discovery may well have also walked.

“It’s such an appealing story,” Hensley said. “It was wildly successful. They overcame all the obstacles. They were pushed to their physical limits.”

Entrance fee is $10 per person for those 16 and older, ages 15 and younger are free