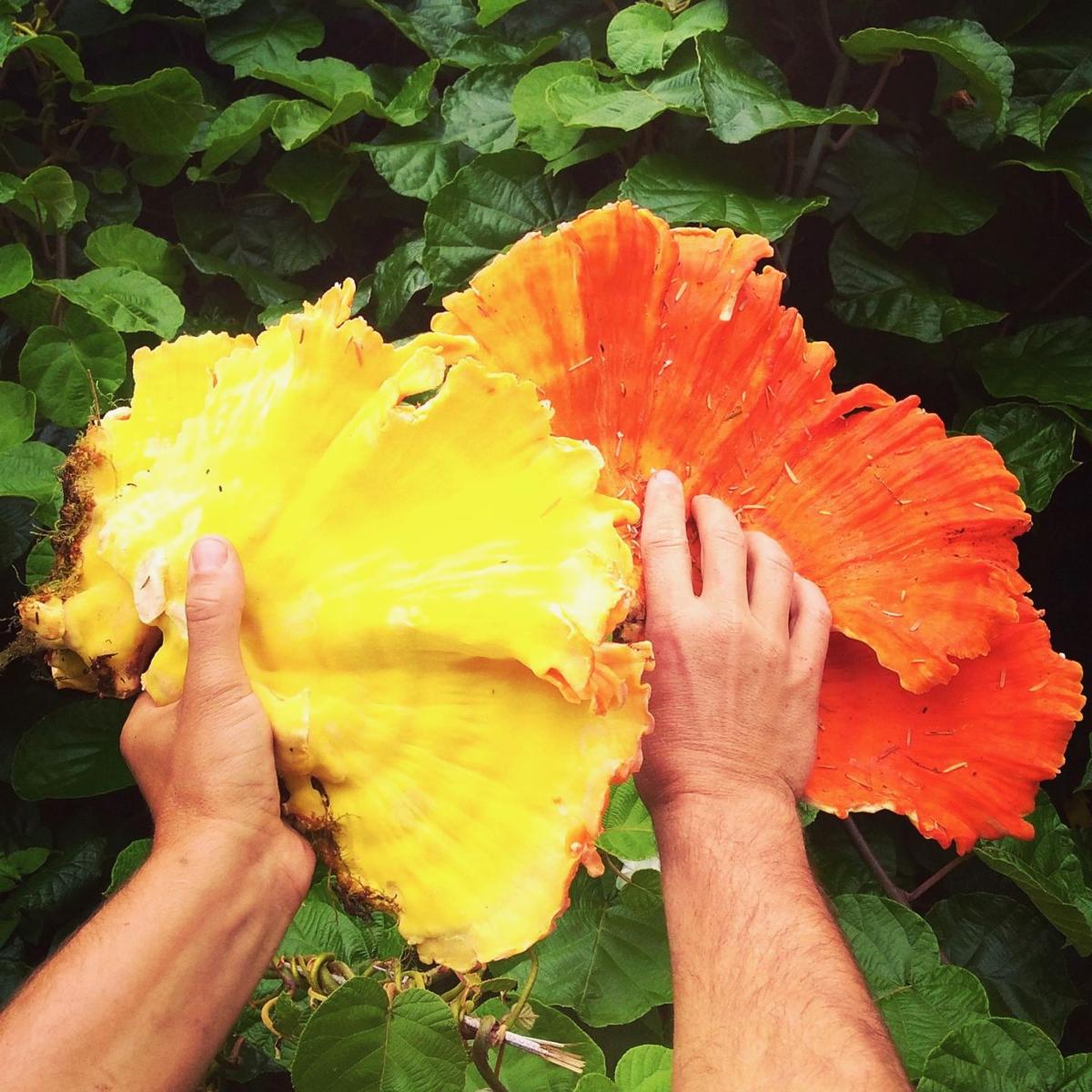 Chicken of the Woods. 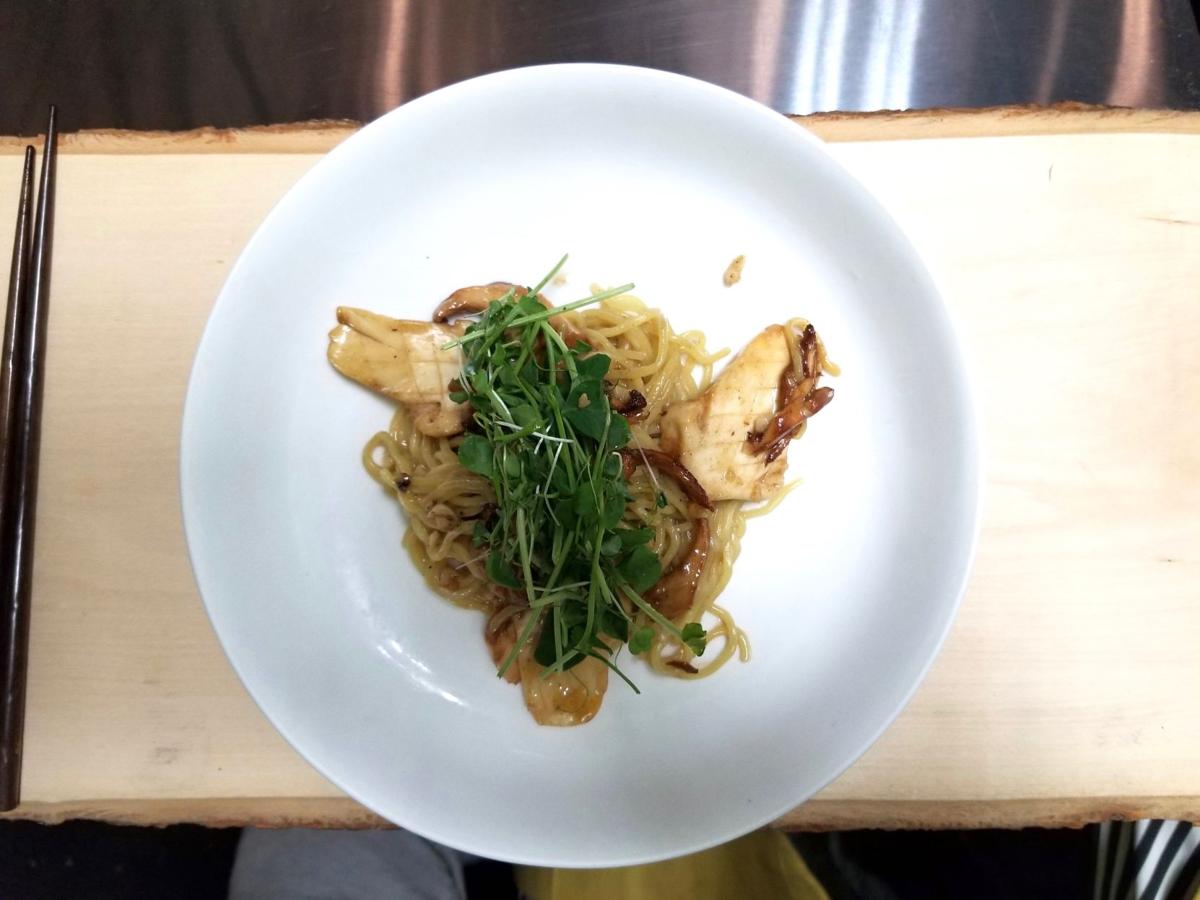 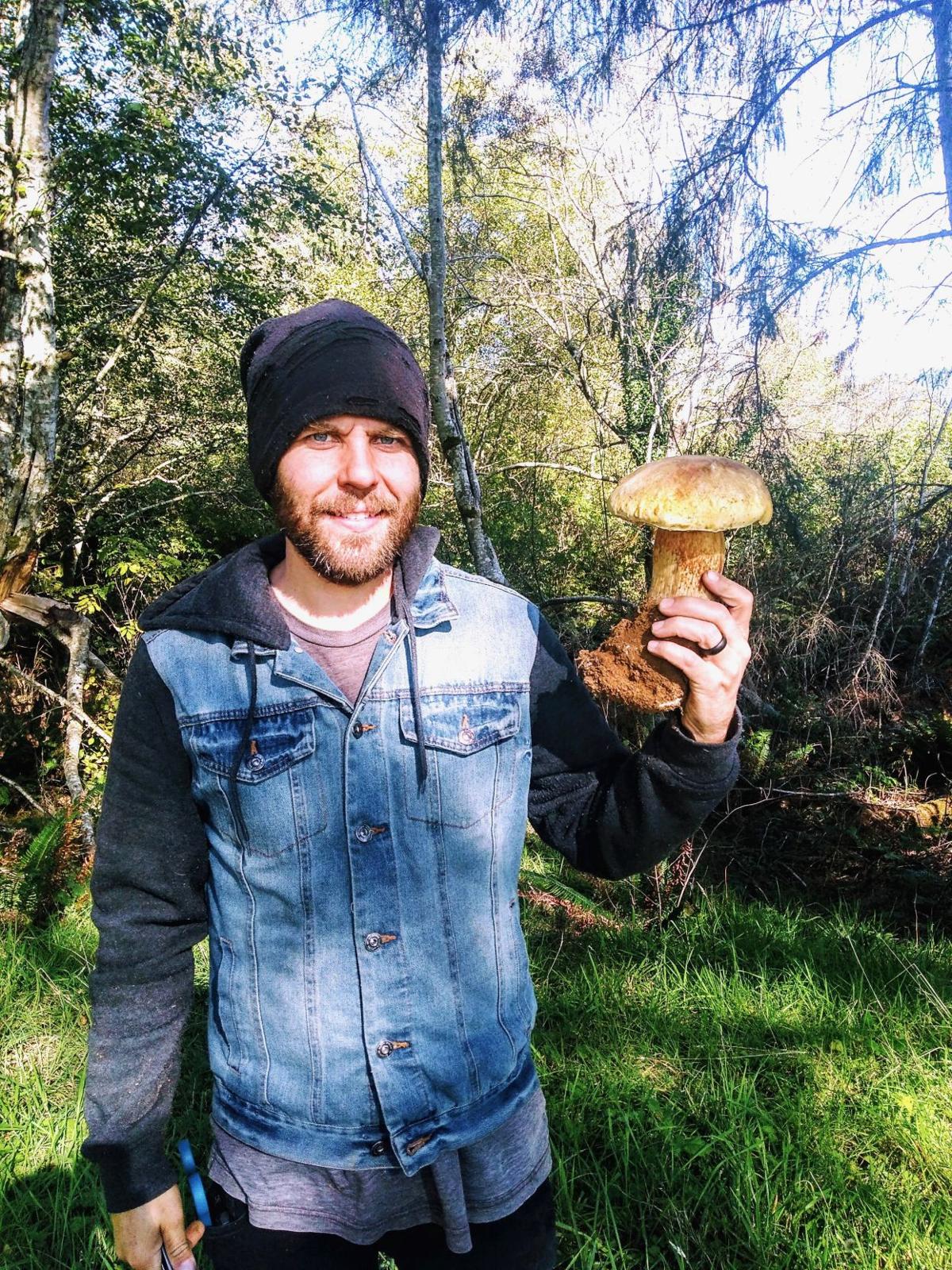 Chicken of the Woods.

To a child, the forest can be a place of mystery and magic, teeming with lichen, knots and hollows.

As we grow older, sometimes this sense of magic is replaced with plain serenity, and the forest becomes a calm environ – a place to breathe without the buzz of phones or the pulse of traffic.

According to the United States Department of Agriculture, wild mushroom foraging has blossomed into a multimillion dollar industry. Here in the Pacific Northwest, foragers like Nevitt can pluck a pretty penny from the depths of the forest to supply restaurants and consumers who partake in these earthy delights.

The Wild Mushroom Celebration on the Long Beach Peninsula includes nearly every restaurant and institution in the area, all of which dedicate some of their time and menu to celebrating the peak harvest. Once relegated to October, the celebration is officially trickling further and further into November. See upcoming events at wildmushroomcelebration.com.

Forage & Farm is getting in on the fun with a two day foraging and preservation workshop on Nov. 23 and 24 hosted by the Pickled Fish at the Adrift Hotel.

For Nevitt, there’s no typical day on a mushroom hunt, but it usually starts, “with an early morning drive up foggy mountain back roads, with a little breakfast and coffee on the tailgate of the truck while loading up our packs and tools before heading into the misty forest, down secret trails and into secret mushroom patches we have been taking care of and returning to year after year.”

Nevitt grew up in Raymond, Washington, playing in the woods. “Along the way I became an Eagle Scout and thus spent a lot more time in the forest camping, hiking and learning about wilderness survival and wild edible plants and mushrooms,” he said. “So foraging has been a tradition of my family and a hobby of mine for as long as I can remember, including my grandparents who loved to forage and cook with the wild mushrooms they gathered. The first species I ever remember finding and learning about was the Golden Chanterelle.”

Nevitt eventually got into biomechanical engineering, working on footwear innovations and research and development for companies such as Nike and Adidas. “I enjoyed working in R&D, but I always felt the desire to get outside and get back to my roots and spend more time out in nature instead of in an office.”

Five years later, Forage & Farm is a family affair, including Nevitt’s partner Nicole Grider, who has become a consummate wild ingredient identifier in her own right, as well as Nevitt’s parents who help grow produce in their garden when they are not stomping through the woods, looking for spores.

The truffles are the prize — the holy grail of fungi. “They can be very hard to find,” Nevitt said, “but our dog Wolf is really good at finding them when he’s not misbehaving.”

One trick Nevitt learned from a chef friend that brings out the briny, crustacean quality of lobster mushrooms is a splash of tomato water. “Just before cooking you can dunk your thinly sliced pieces into some tomato water,” he said. “Then toss them into the pan, and while cooking deglaze the pan with any remaining tomato water.”

While Nevitt acknowledges that foraging can be a great hobby, he has an all-caps word of caution for the novice. There are plenty of fake Boletes and Chanterelles out there and plenty more that can give you a stomach ache or much, much worse.

“Go to the library and read every book on mushrooms and wild foraging and take any classes you can and make friends with any foragers you meet, but don’t eat anything until you have gotten positive identification from an expert,” he said. “Positive identification is nothing to be taken lightly.”

If that’s enough to scare you out of the woods, consider that Forage & Farm provides a Community Supported Agriculture box for $40 a week (which includes greens, berries and other foraged or organically grown ingredients) with drop off locations in Astoria, Cannon Beach, Manzanita, Wheeler, Long Beach, Ilwaco, Raymond and South Bend. They can be contacted through their Instagram page forage_and_farm, or emailed at foragerfarmer@gmail.com.

Chances are you may have already eaten something wild that was picked by Nevitt as his team supplies many area restaurants with their loot. When asked, he was hesitant to name names, as he said, “I don’t want to leave anyone out, but we supply all the best farm-to-table restaurants in the region with the most talented and creative chefs who love to use local wild foraged ingredients on their menus!”

One known joint that shells out Nevitt’s products is Ken Booth’s Būsu in downtown Astoria.

At a recent omakase seating ($55 a head), which Booth runs Monday nights only by special reservation on his Instagram page busu_astoria, plenty of wild mushrooms were featured during the 8 course meal, which really showed the diversity of the species in our region and how many different techniques can be applied to them by creative chefs.

White truffles were shaved over a soft egg custard sweetened with soy. Plump, whole morels were breaded and fried like katsu cutlets. At Būsu, mushrooms find their way into everything—pickled, steeped into a broth, or pan fried, like in the recipe Booth provided below.

These apple cider-shoyu braised mushrooms — full of autumnal flavors and umami — are an interesting way to treat Porcinis, which are also known as King Boletes and coastal forests are lousy with them. Booth served me something similar to this with some springy, pan-fried butter noodles which would be a satisfying meal onto itself if you find back from the woods, famished, kicking the mud off your boots, treasure in hand.

3. Add sliced porcini mushrooms and salt and sauté for a few minutes

4. Next, add the apple cider, shoyu and ginger

5. Bring the liquid to a simmer, drop the heat to low and reduce until the liquid just coats the mushrooms like a glaze.