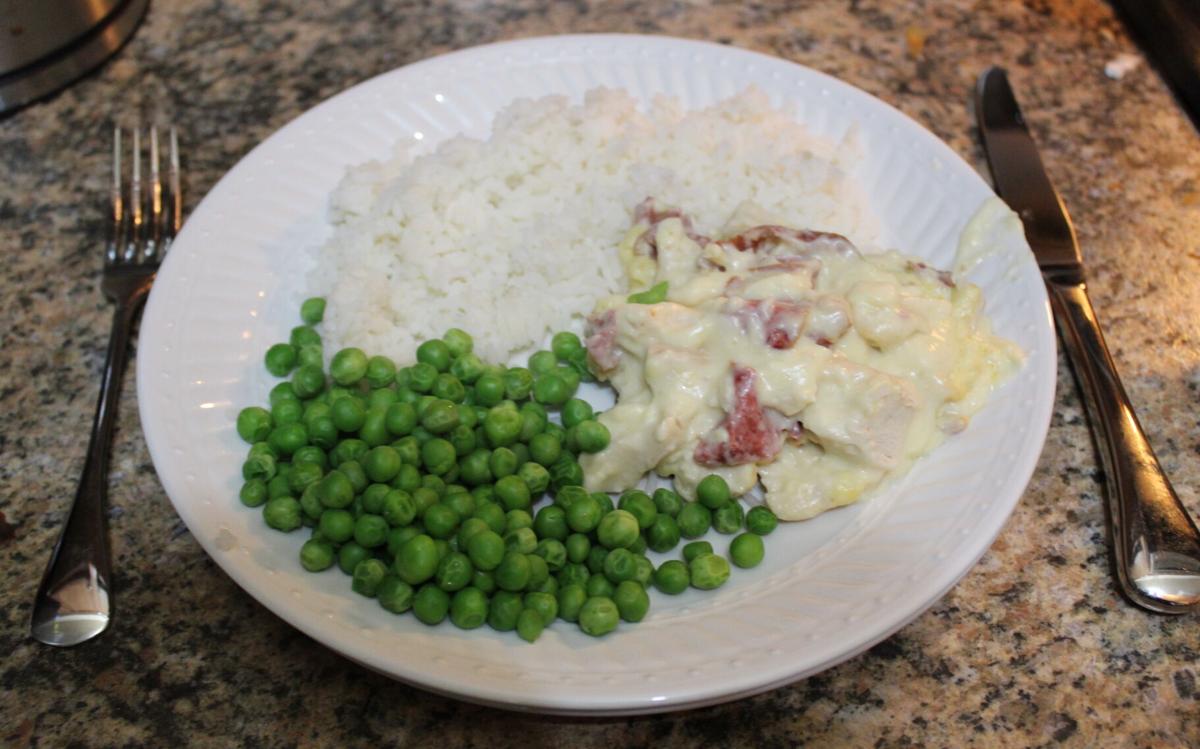 ‘Goop’ is a casserole of chicken and dried beef. It is served with rice and peas. 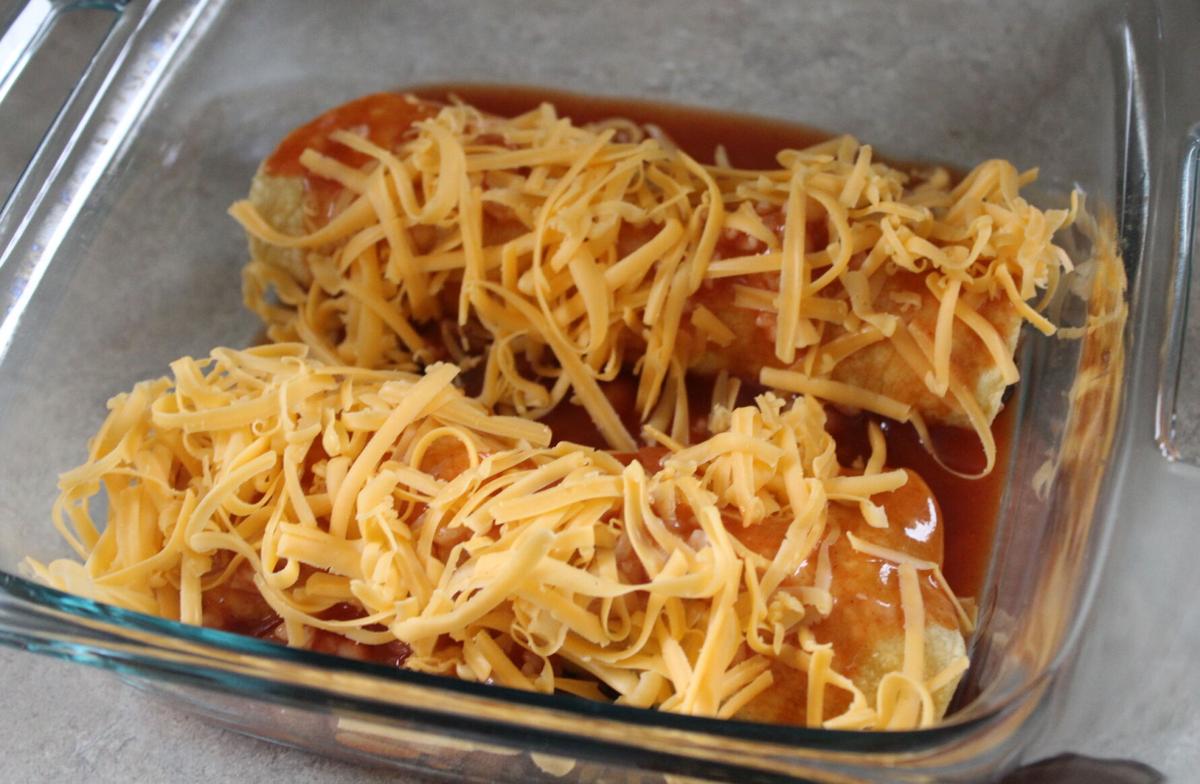 Two enchiladas, before being baked in an oven.

I am always being teased by my significant other about my bachelor days in England when I made meals from leftover ingredients that may not be traditionally grouped together. That was 40 years ago but I am still doing it.

My enchilada “recipe” is quite simple and is made almost entirely with leftovers.

I like to chop and cook onion in water in a rolling boil. Sometimes I slice four onions, using one for today’s dish, bagging and refrigerating three portions for later. When you cook them, be sure to put your overhead fan on — otherwise your entire house stinks. Watch your pan, because once all that water has boiled off, the blackened mess burned onto the pan means it will all need to be thrown away, including the pan.

I had a cup of leftover rice, so I mixed that in a bowl with some canned white beans that I had left over from making Navy bean soup. I added some sliced and strained black olives, and stirred it together with just a little canned enchilada sauce.

These ingredients made six delicious and filling enchiladas. I like ‘em served with salsa and chips.

Bake the chicken and chop into half-inch cubes.

Mix the chicken, onion, beans, rice and olives in a bowl with half the enchilada sauce.

Microwave the tortillas 15 seconds to soften. Spoon the mix into tortillas and roll up.

Grate on cheddar cheese and pour remaining sauce over the top. Bake covered in a greased dish for 35 minutes, uncovering for the last 5 minutes.

Serve with a few crunchy tortilla chips, with taco sauce or salsa for taste, adding refried beans if you are truly hungry.

We call it ‘goop’

Linda, my youngest sister-in-law, introduced me to this dish three decades ago. I was wary because I don’t like sour cream on my tacos. But once I discovered it is OK when stirred up and baked with other stuff, I became a fan.

Goop is a perfect comfort food.

Serve this over rice. I usually have frozen peas, which must have a dab of melted butter. Salt and pepper as preferred but taste it first because the beef makes the mix salty. If you heat it up later as leftovers, add a little barbecue sauce or Worcestershire sauce for extra flavor.

Bake the chicken until cooked. Chop into half-inch cubes.

Remove the cover and bake for 5 minutes more. Serve with rice and a vegetable like peas.

Optional: add a small amount of cooked onion in the mix.