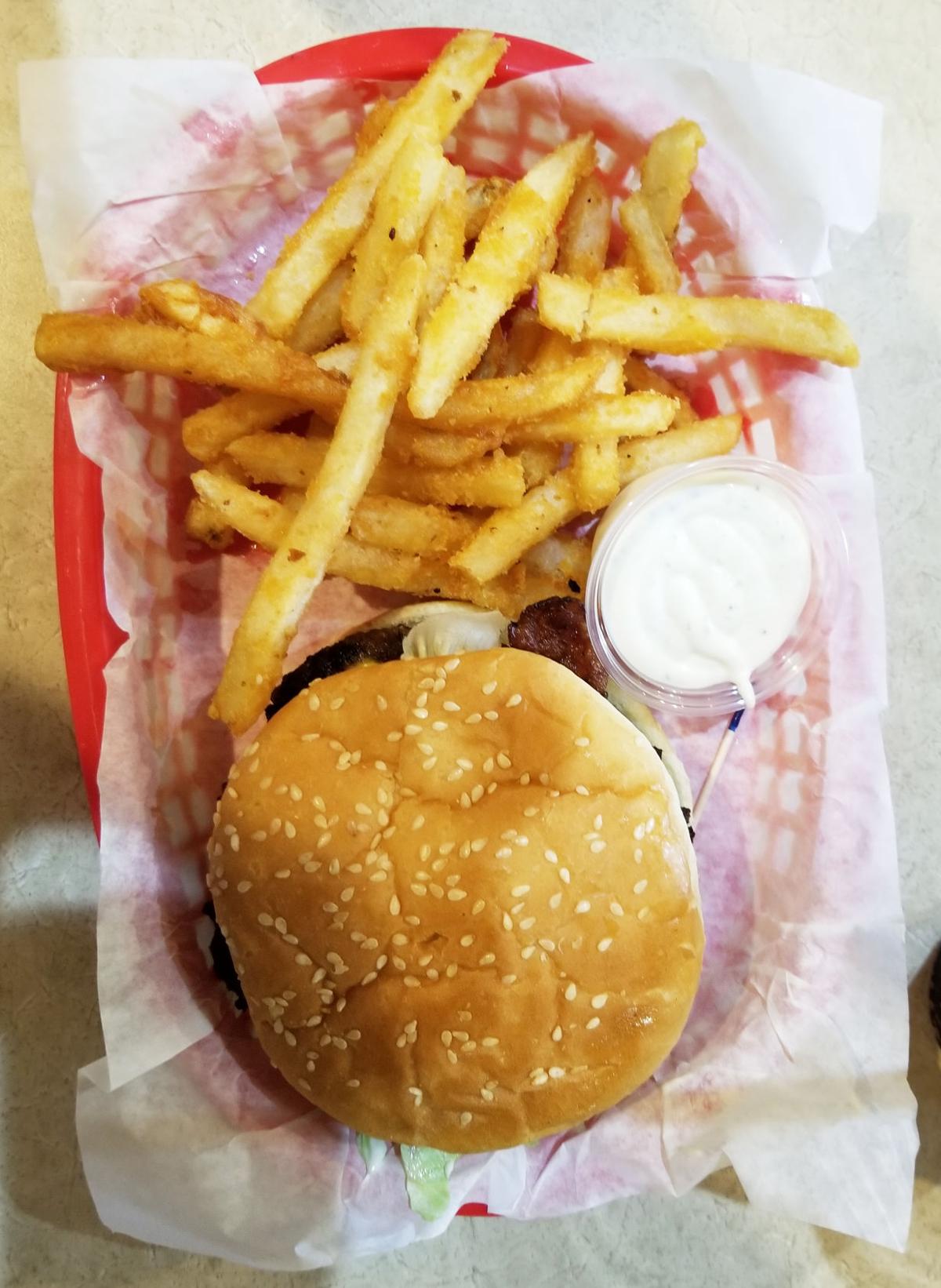 A bacon avocado cheeseburger or B.L.A.T. at the Port Light Cafe. 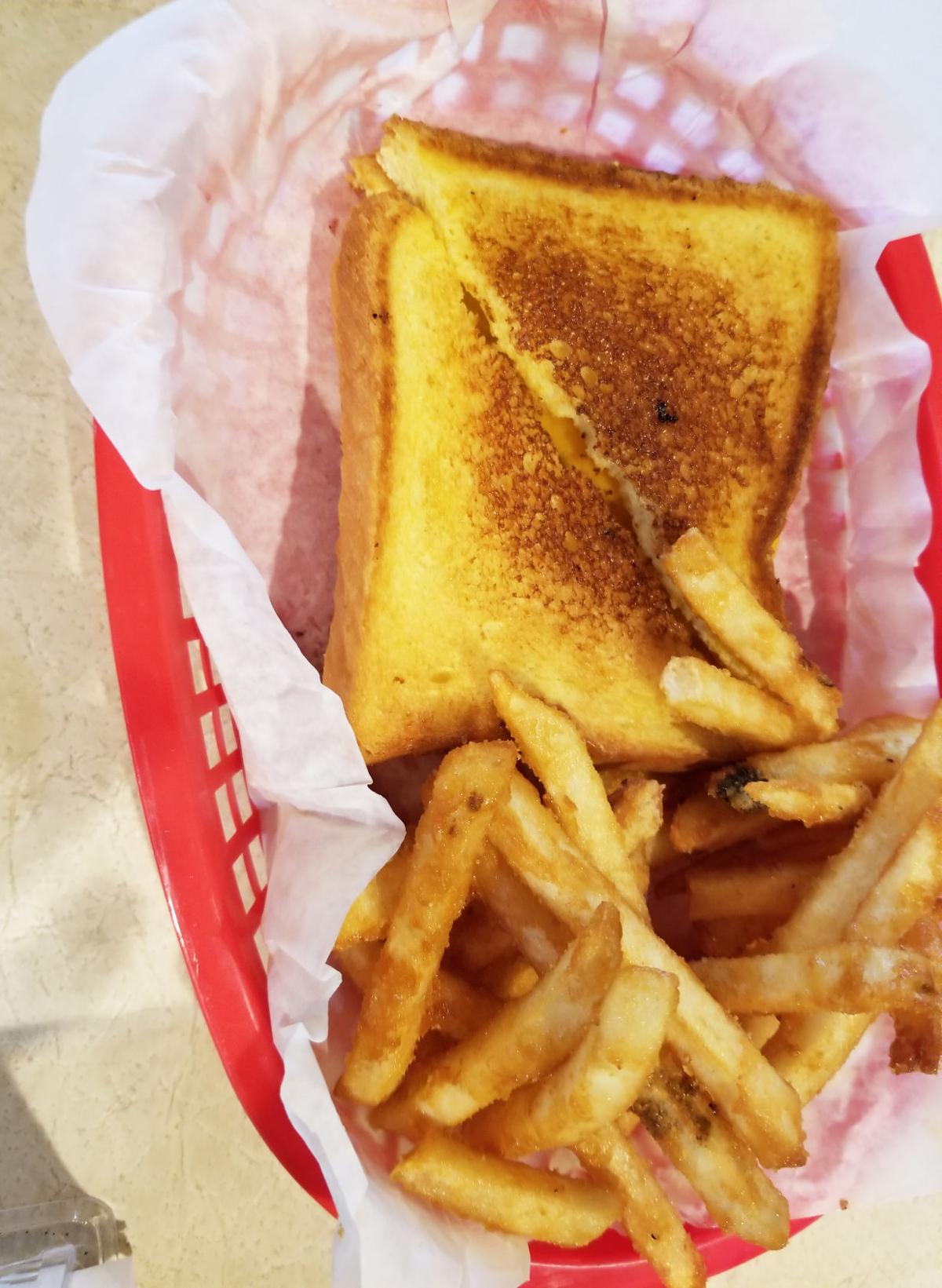 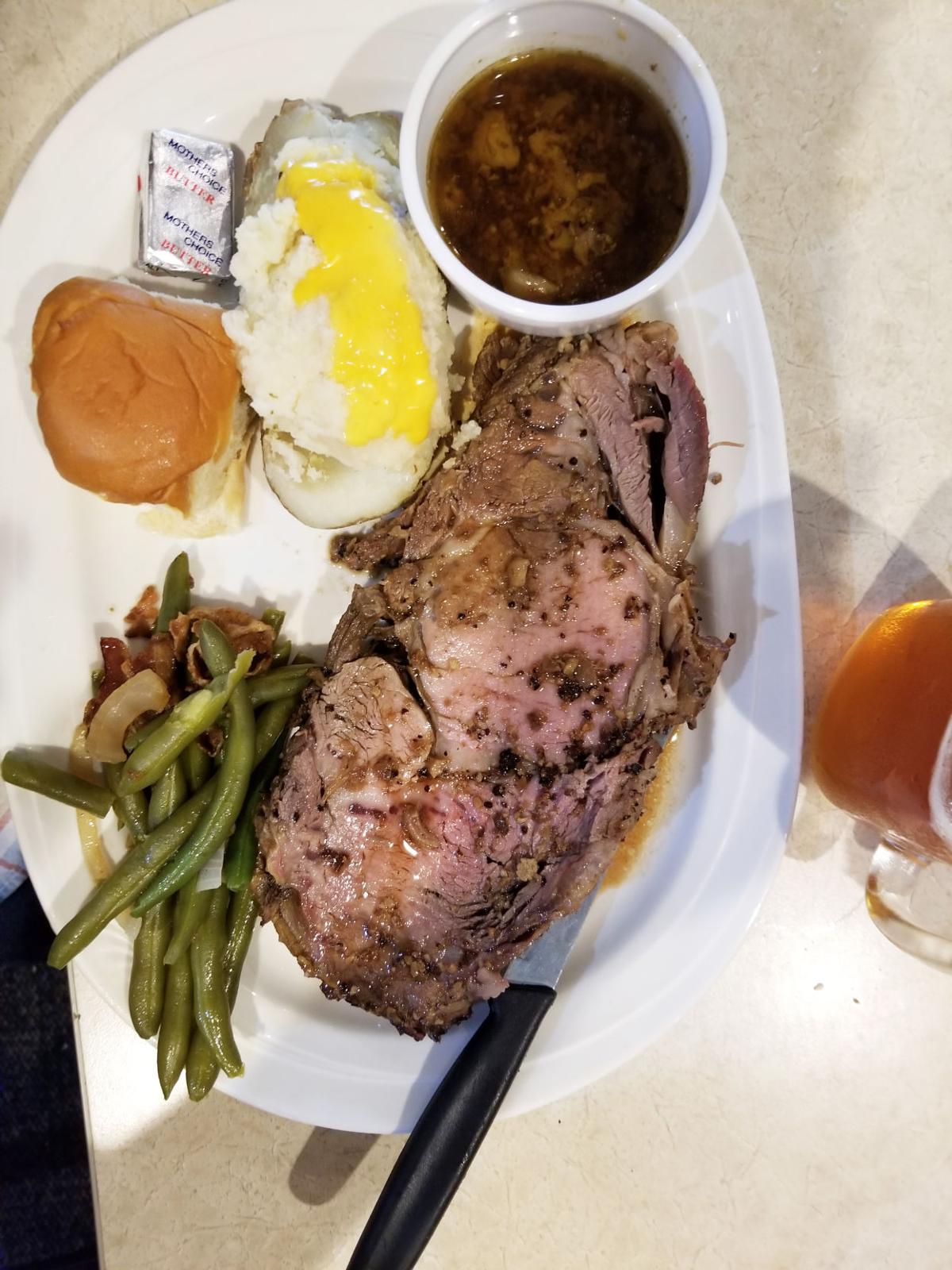 The Port Light’s prime rib dinner is the real standout on the menu. It includes meat sliced by the chef, a salad bar, dinner roll, assorted vegetables and a twice-baked potato. 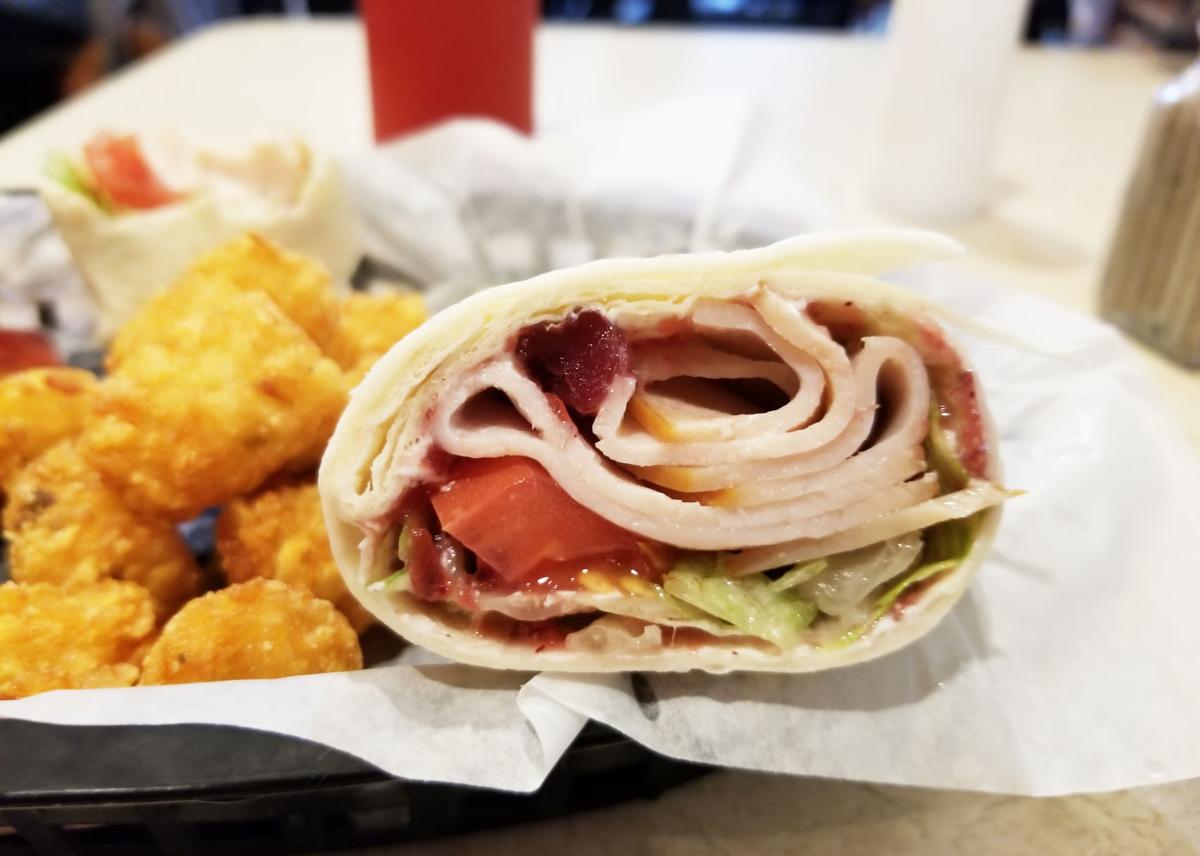 A bacon avocado cheeseburger or B.L.A.T. at the Port Light Cafe.

The Port Light’s prime rib dinner is the real standout on the menu. It includes meat sliced by the chef, a salad bar, dinner roll, assorted vegetables and a twice-baked potato.

I can’t say how many times I have driven by the Camp Rilea Armed Forces Training Center without ever considering stepping foot on the renowned base just south of Warrenton.

This has nothing to do with curb appeal. From either direction on Hwy. 101, the camp isn’t nearly as intimidating as a medieval castle, but looks more like a fenced-in pasture where no one would be surprised to find a cow lazing about.

In reality, situated on 1,800 scrubby acres of the Clatsop Plains, with three miles of unbridled coastline, the base offers plenty of diverse landscapes, including a Military Operation in Urban Terrain site (done up as a fake Afghanistan village), for armed forces units and police departments the nation over to practice tactical, aquatic and aerial training exercises.

So the reason I never expected to leave any tracks at Rilea is the business conducted there is not the business that I am in.

Or so I thought.

There is a password that gets mere civilians like myself past the security checkpoint, no gun range reservation required.

After a brief I.D. check at the guardhouse, simply state, “I’m going to the Port Light,” and you’re in.

It only took me a moment after parking to shake the initial shock of seeing so many people walking around with AR-15-style rifles as that’s not my usual. Just inside the door of the restaurant and lounge, a sign commands: “Weapons must be cleared and magazines removed. No weapons allowed after 1700.”

The Port Light Café was opened at Camp Rilea in December 2013 by owner and manager Jeanette Bosworth and has been serving soldiers, police officers, veterans and the public ever since. After retiring from the Merchant Marine, Bosworth continued to build upon that 35 years of service by grilling burgers, wrapping wraps and pouring brews to her large extended family of service men and women.

Some trace of those visitors remain right above the bar, where the wood is papered with dollar bills, each Sharpied with the name of a unit or department that has spent time at Rilea and thus the Port Light.

The building itself has the utility of a barracks, but a pool table, fireplace and plenty of ephemera splashed across the walls — in equal parts military and marine memorabilia and cheeky roadside kitsch — home the place up and make it more comfortable.

And a little R & R is key to the Port Light’s charm.

In her experience, hauling supplies and equipment to such disparate locations as Gulf War-era Iraq, Bosworth says there are not a lot of other places on base like the Port Light.

Which is why it’s sad to say the Port Light Café will be shuttering by the end of December, Bosworth informed me. She will not be renewing her lease with the Oregon Military Department. While this will bookmark Bosworth’s extended service to six solid years of operation, she did say there are interested parties considering taking it over.

Even with the future uncertain, the food and service at the Port Light still aims to create fast family from those visiting soldiers. During my recent visits, there were some 500 troops at Camp Rilea and Bosworth stayed open on a Sunday when they are usually closed to feed that mass.

Though there is no table service, the counter service at the bar is warm and friendly and slightly sassy in a winking sort of way. Orders either came up from the cook at the window or were delivered to the table. A few snafus at the counter — a famished soldier grabbed my order thinking his was up, on another visit, a wrap got left off the order — were quickly rectified with humor and a shrug.

A bacon avocado cheeseburger, or B.L.A.T. burger as it’s described on the menu ($8.25), was well seared on a soft bun. While surprised the avocado in question was a sauce squeezed out a bottle (though it was fresh and did seem homemade), this is the kind of sturdy burger I would happily consume at a backyard barbecue.

A turkey wrap ($8.25) with cranberry sauce, cream cheese and the usual combo of lettuce and tomato had nice flavor, though it was wrapped in a supermarket tortilla, which really did it no favors or harm.

Grilled cheese ($6) was about as buttery, crispy and gooey as you could ask for.

The tater tots were perfectly crisp if unmemorable, but the fries did stand out, crystallized in enough salt to keep bringing me back to my plate.

Really, there are no big surprises on the Port Light’s regular menu, but I think this is kind of the point. Everything was made to order, competent and familiar. When “Proudly serving those who serve” is the motto, isn’t the idea to give them something comforting and recognizable at a fair price? They are working hard and far away from home — a little comfort can go a long way.

For example, after three weeks in the back country of Idaho, I once met a diner bacon cheeseburger that almost made me weep with satisfaction. Strenuous labor — both mental and physical — can lift simple foods from mere sustenance towards the sublime.

The real standout at the Port Light, though, is the prime rib dinner ($14.95). Served Friday and Saturday from 5 P.M. until it’s gone — and believe me, it does get gone — this lean price includes a trip to the salad bar, dinner rolls, assorted vegetables and a twice-baked potato.

While I can’t claim that this is an all-you-can-eat affair as it never says as much on any of the signage, I did watch a few go back for seconds like you would at home. I suppose this depends on how deep the line is, but be sure that plenty of roast beef disappears.

The salad bar is well-stocked — what are Scandinavian friends might look upon as a small smorgasbord — with fresh, bright and crisp vegetables, as well as prepared potato and macaroni salads. All of the sides were hearty and as carefully prepared as one could ask if expecting a crowd.

But really, let’s talk about the beef. From the kitchen, Bosworth slices it herself, showing off the knife skills she’s acquired since inaugurating this dinner five years ago. The slice I received, splashed with jus, easily weighed a half pound and was the perfect medium I had asked for.

Bosworth mentioned that her prime rib crowd has exploded since Bigfoot’s Steakhouse closed in Seaside. I can see why meatheads make the pilgrimage. Marbled and well-seasoned throughout, with a surprising amount of peppery kick I couldn’t locate by eye, Bosworth holds her spices close to the chest.

When a master chef from Portland once asked for her secret, she boasted to me, she told him, “Well, it’s a secret.”

While many of the pleasures of the Port Light are more experiential or nostalgic than daringly culinary, for now you can still find a solid, well-priced meal behind the guardhouse at Camp Rilea. As has become their tradition, they will offer one last Christmas Eve dinner for, as Bosworth puts it, “anyone who needs it,” before the Light flickers off.