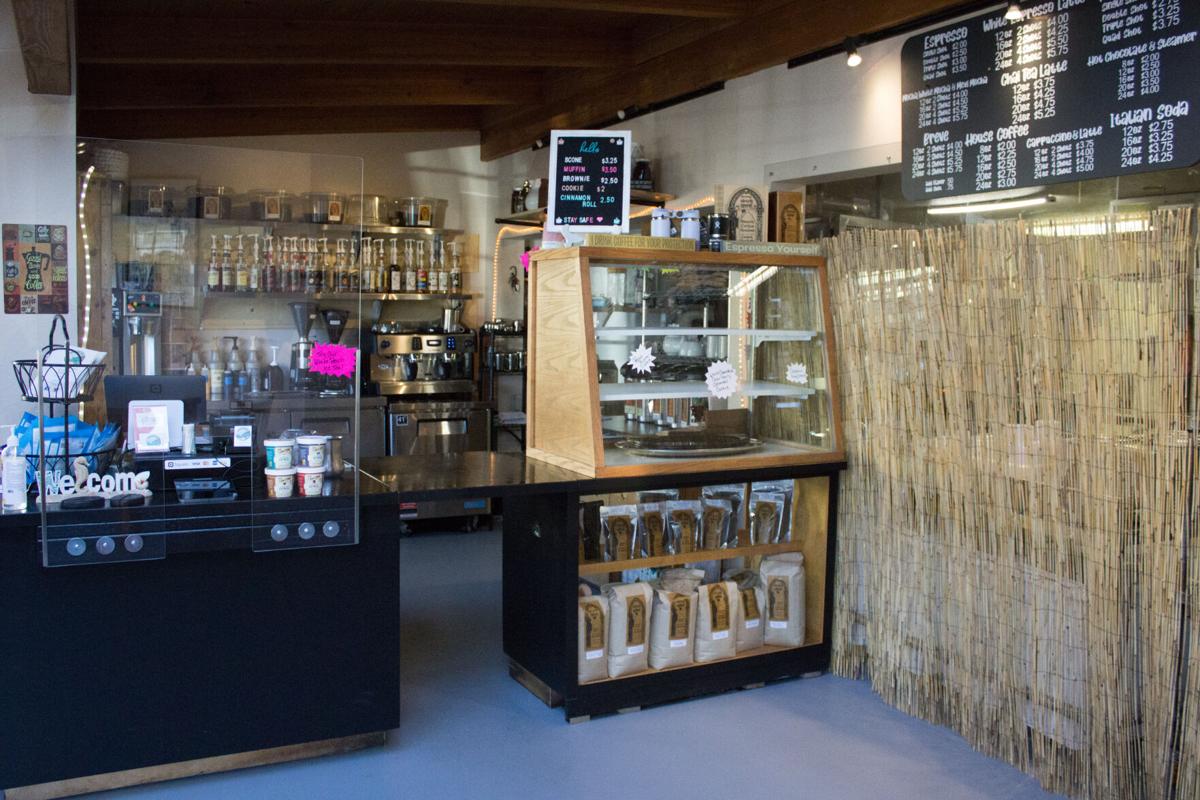 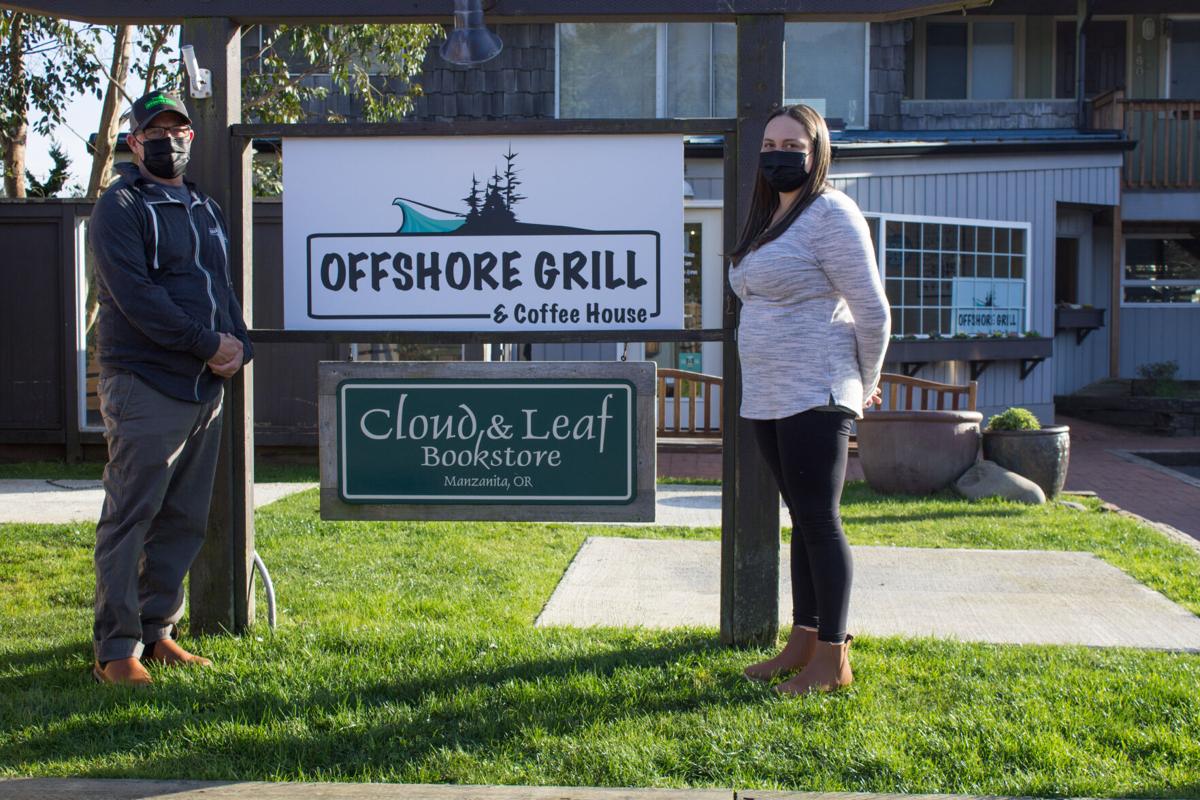 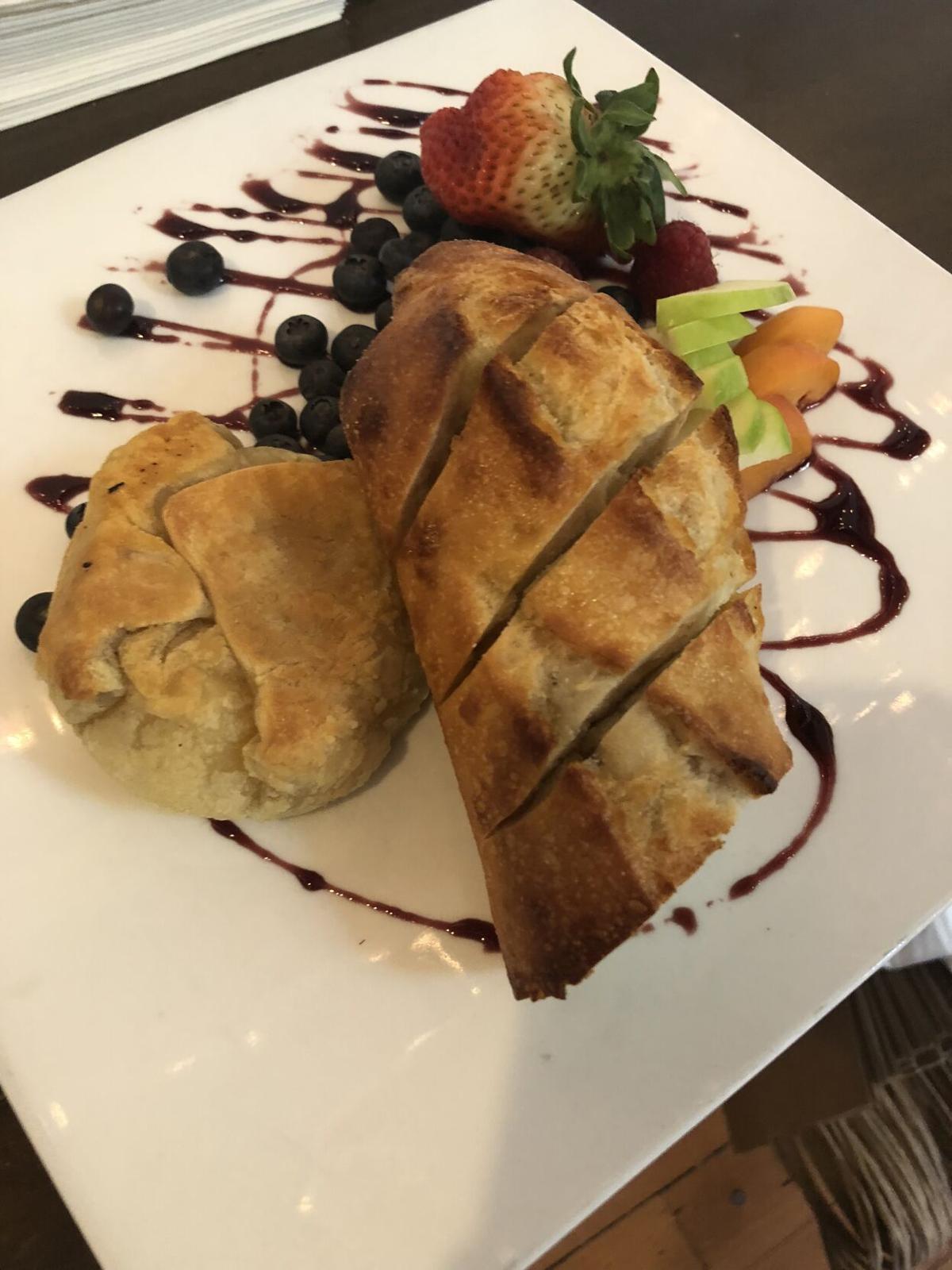 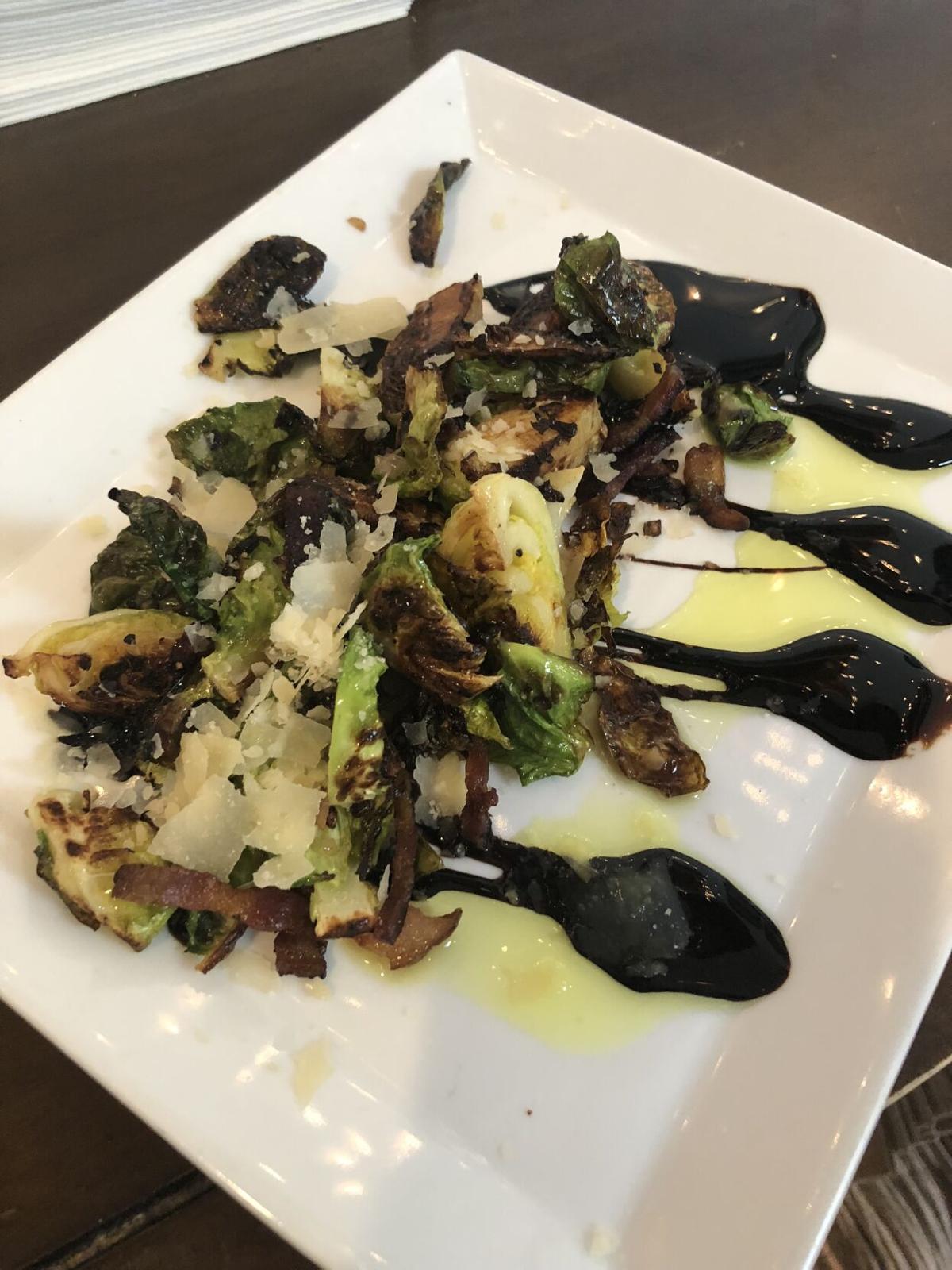 A number of dishes served at Offshore Grill and Coffee House are gluten-free, including the crispy vegetable falafel bites, which come topped with fresh jalapeno, cucumber, lemon and a honey lime sriracha sauce.

Though they prefer to keep their restaurant’s atmosphere casual, husband-and-wife team Jake and Michelle Burden want the food at Offshore Grill and Coffee House to taste as fine as a five-star establishment.

The couple is delighted that their new location in Manzanita quintuples the size of their commercial kitchen.

“Now with the space, we have more opportunity to do the things we wanted to do but were too limited for before,” Jake said.

“Our baker is in heaven,” Michelle added.

After five years of operating out of a small shop in Rockaway Beach, the couple moved their combination restaurant and café 12 miles up the road — into the same location Jake began his coastal culinary career. The relocation more than doubles the restaurant’s indoor dining capacity and dramatically increases the size of the kitchen.

“We had just outgrown that spot,” Jake said. “We’d been searching for something a little bigger before this came up … We saw this place go on the market and we started looking at it. And the more we looked at it, the more interested in the idea we became.”

The couple recently hosted a grand opening for the new space. The restaurant has served a steady stream of customers almost every day since, Michelle said.

With modest, wooden décor and a bamboo room divider separating the kitchen from the main dining area, the restaurant maintains the casual air the couple created at the Rockaway location, which they lovingly joke was often mistaken for a “food shack.”

Vacationers can comfortably walk in dressed in their beach-going outfits — no black tie necessary.

“But then people come in and try our food and they say, ‘Woah. You could put a white cloth on the table,’” Michelle said.

The coffeehouse opens first to serve patrons with Cannon Beach-sourced Sleepy Monk Coffee and a variety of pastries prepared on-site by the restaurant’s dedicated baker. Caffeinated beverages flow all day. The morning sweets are available until the day’s stock is depleted.

The grill fires up around 11 a.m., with Jake acting as head chef for dishes ranging from steamer clams and Brussels sprouts, to burgers, sandwiches and prime rib.

“It’s a balance that allows people to get a greasy cheeseburger or fresh-cooked cod,” Michelle said.

However, he often carries over several of the appetizers because “people will beg for them to come back,” he said. It’s not uncommon for their regular customers to message their personal numbers to ask when their famed pork belly dishes or meatloaf will be available once again, Michelle said.

Jake jokes that he is a “culinary mutt” with an “eclectic menu” because he doesn’t favor any certain style or category of food and he’s trained to prepare almost every type of cuisine. He plans the menu with variety in mind.

“We are not considered anything. We are not a steakhouse or a fish house … I just want to serve a little bit of everything,” he said.

Michelle said Jake has a knack for creating new and delectable dishes that sometimes take her by surprise. At first glance, the ingredients or flavor pairings may not seem complimentary, she said. But she can’t remember a time that she turned down one of his creations after giving it a try.

Though different in tastes, all of the dishes share two qualities: ingredients are sourced from local farms and are prepared fresh, in-season and on-site.

“That’s just evolved from how we eat,” Jake said. “For me, cooking has always been part of my life. It means family and love and coming together and community.”

The couple also prize sustainable and eco-friendly food practices so they carefully consider the potential ecological effects of serving certain foods. This year, for example, they’ve decided not to serve salmon as a regular dish because some fish runs are struggling.

“(The menu) is about the seasons. It’s about the weather and what’s available,” Jake said.

Offshore offers as many gluten-free, dairy-free and vegan options as possible. Jake is willing to convert some main menu items to be more accommodating to dietary restrictions upon request. Still, there are some dishes that he prefer stay the same, such as the “Tilli Mac & 3 Cheese,” that includes pecorino, yellow and white cheddar and shallots.

The couple said they look forward to becoming part of the Manzanita community and growing their restaurant. They plan to double their staff of 10 employees by summer.

Both said the move feels like they are “returning home.” Manzanita is closer to their home in Wheeler and the couple have ties to the North Coast. Jake grew up in Manzanita and ultimately rooted his culinary career there when he returned 18 years ago to work at Blue Sky Grill, a previous tenant to the building at 154 Laneda Ave. Michelle lived in Seaside as a child and frequently visited other nearby coastal towns.