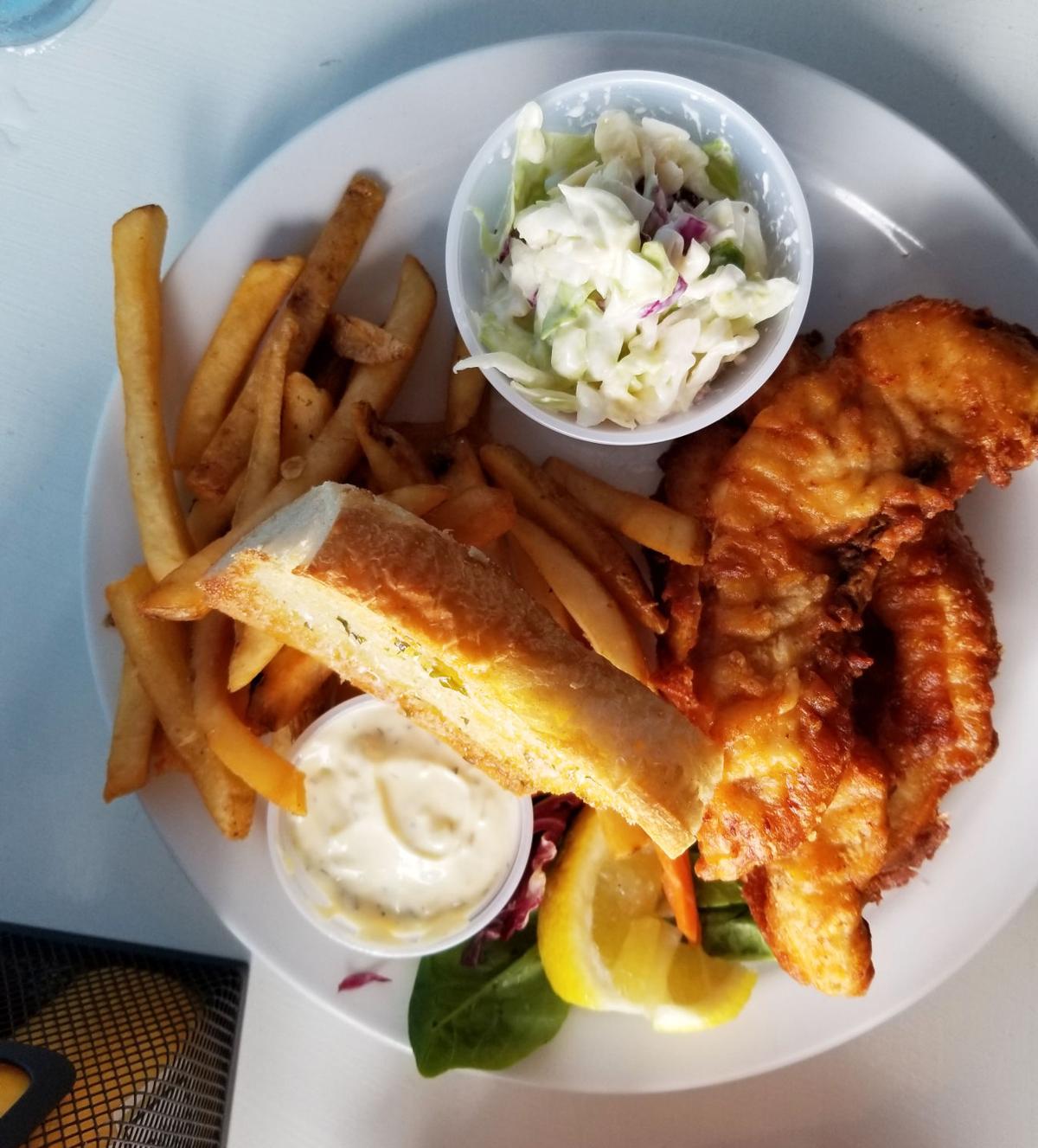 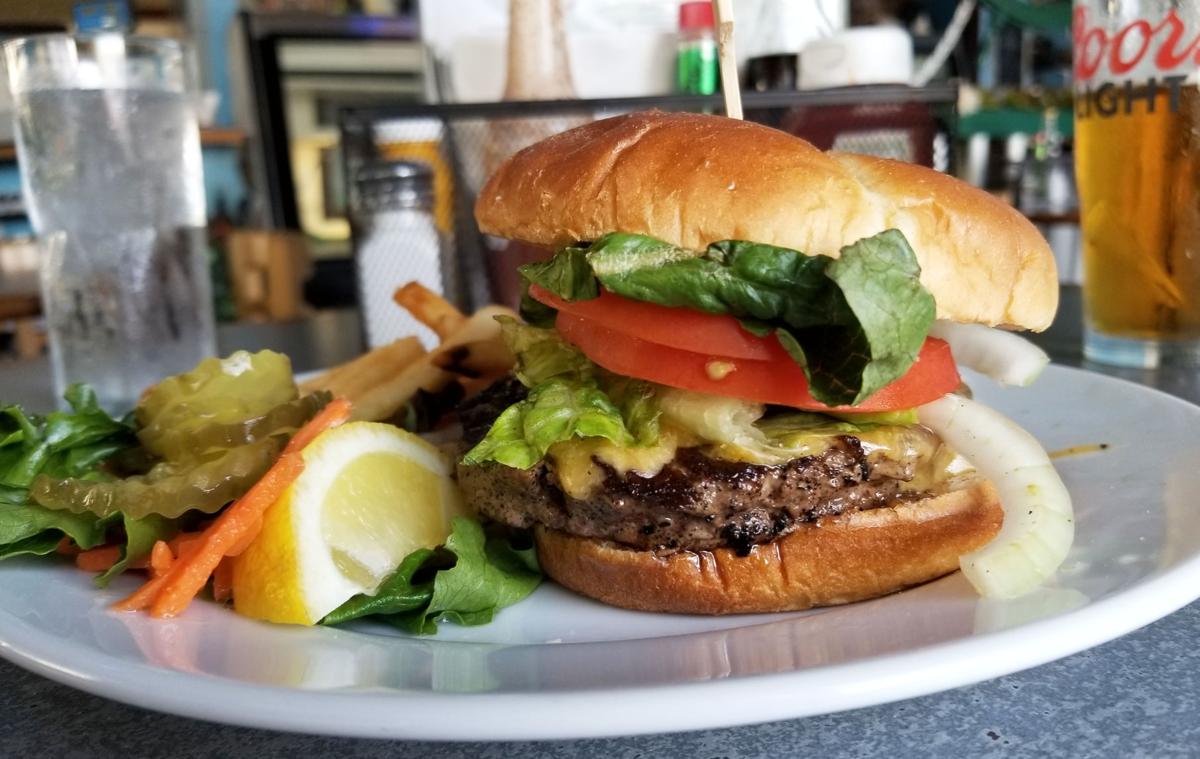 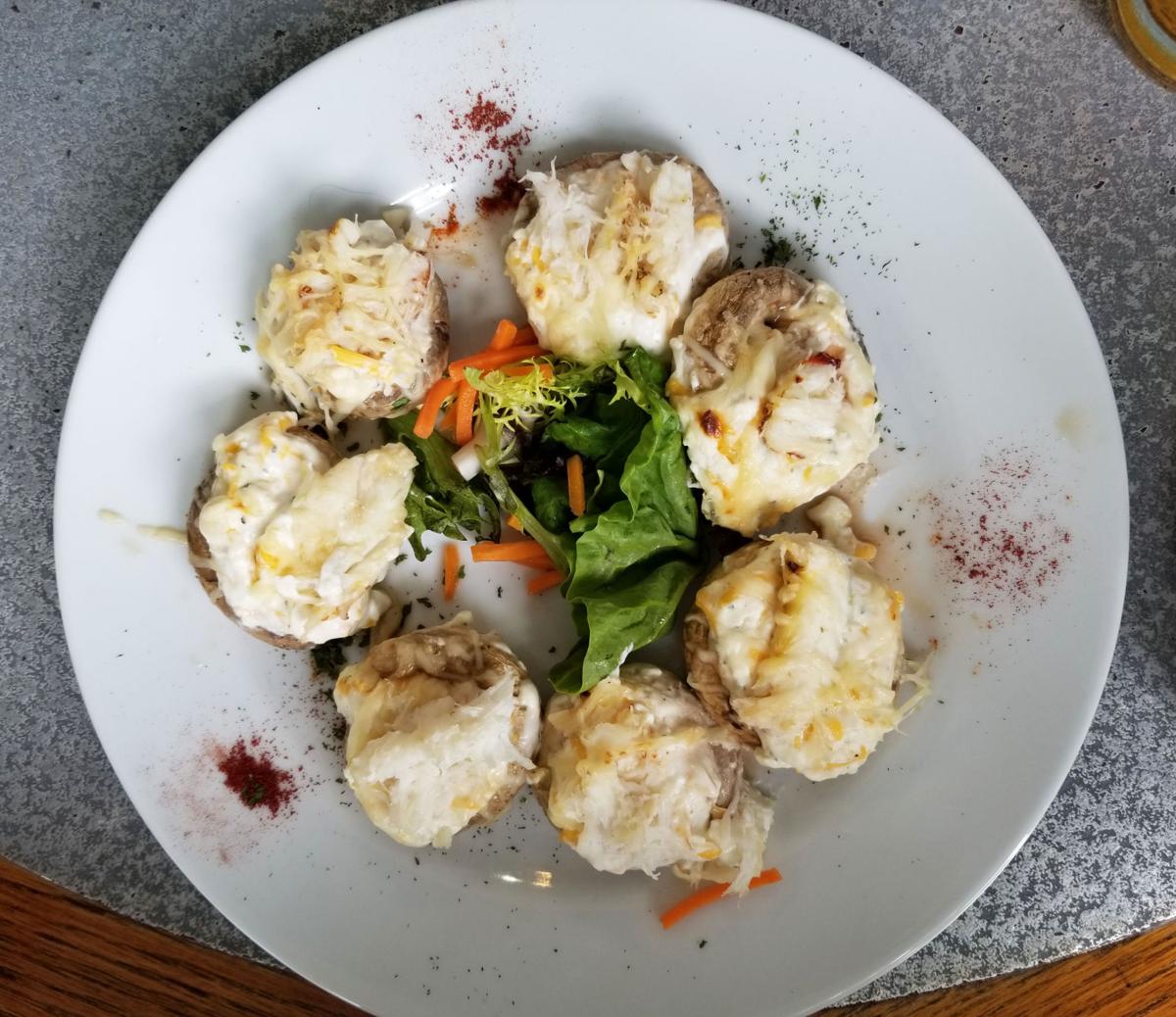 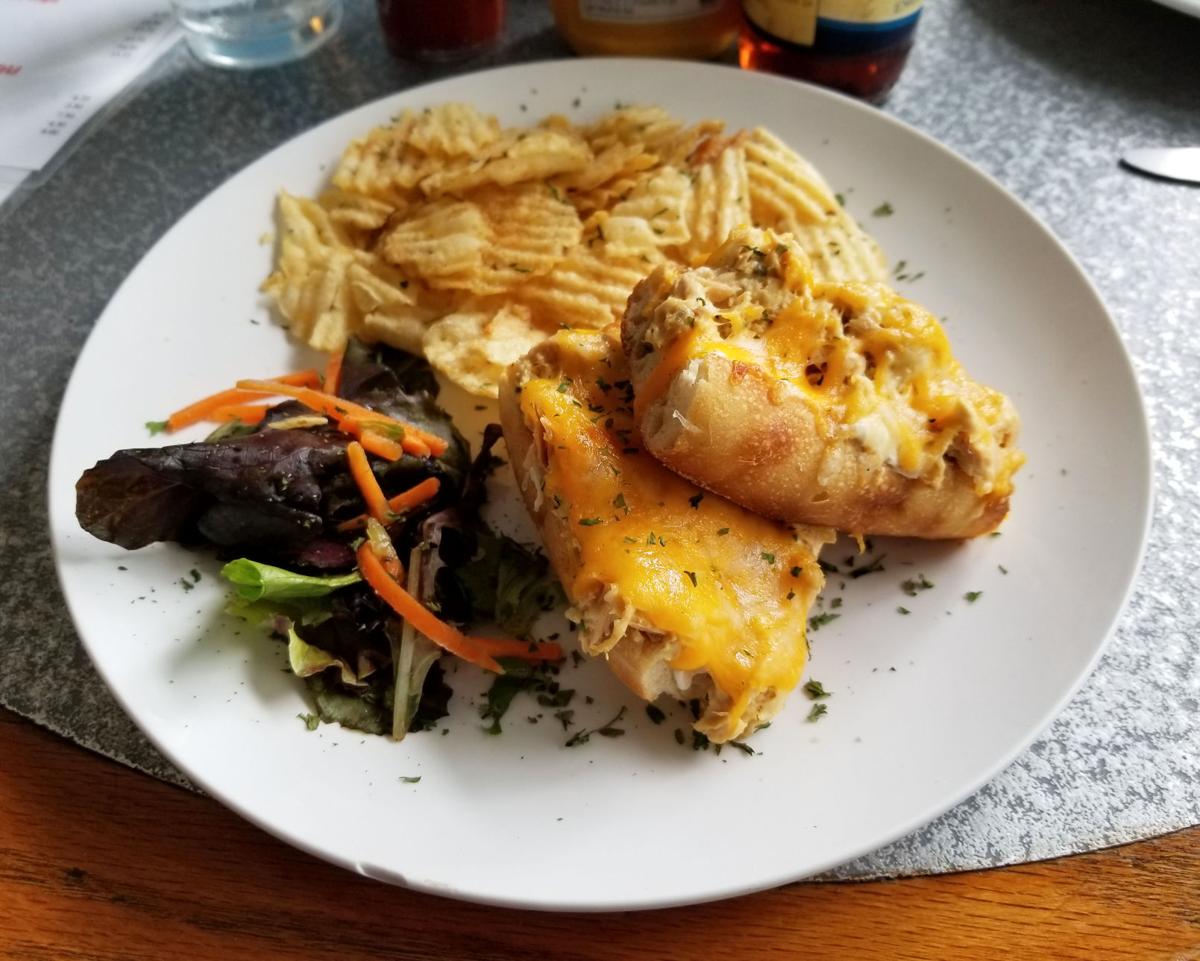 A tuna melt at Hurricane Ron's. 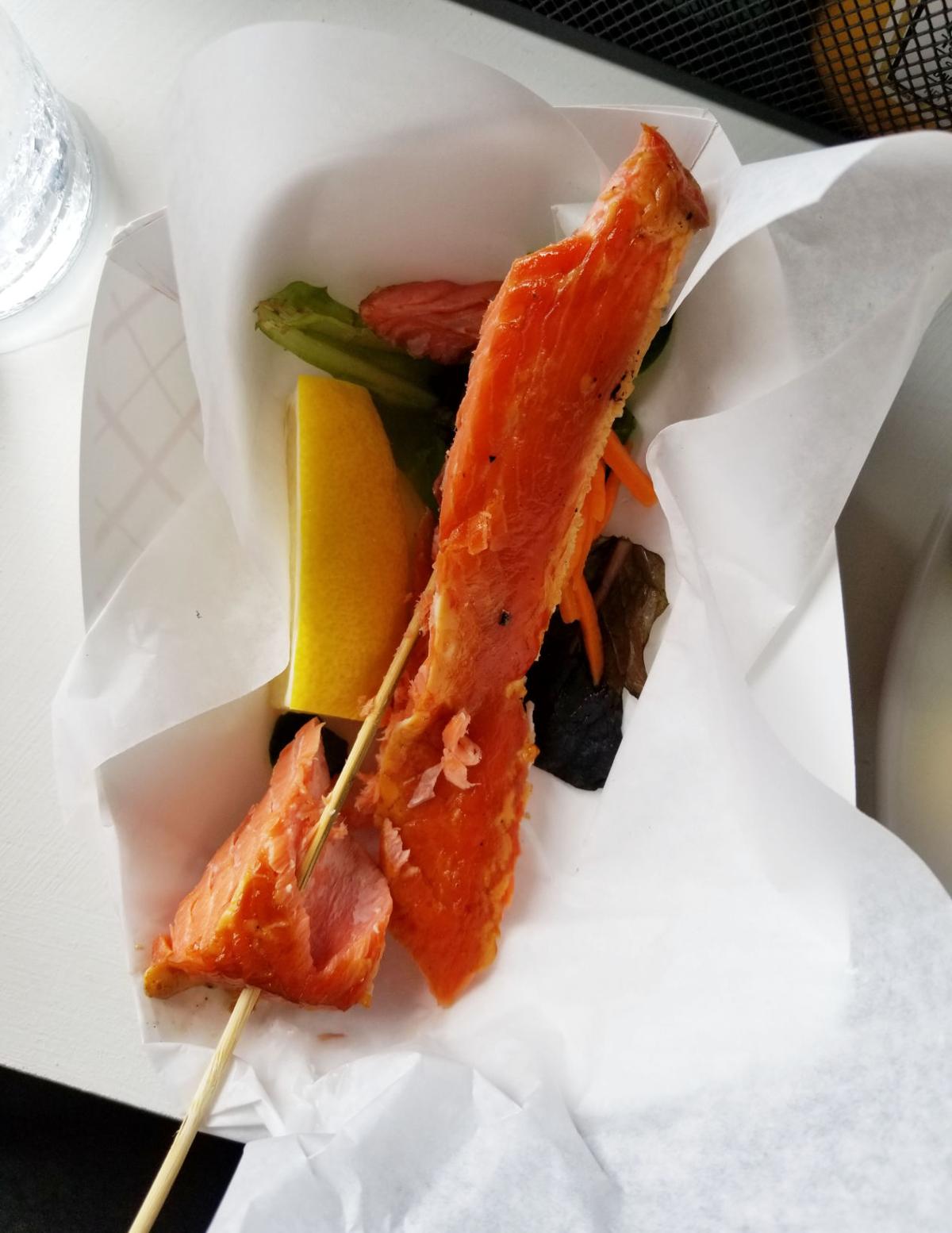 Smoked Salmon on a stick.

A tuna melt at Hurricane Ron's.

Smoked Salmon on a stick.

I have been buying seafood at Northwest Wild Products for a number of years as an indulgence, a reward or to entertain guests, as the place is not cheap.

Of course, cheap is not what you look for when buying local seafood. Nothing impresses an out-of-towner and boasts of the North Coast’s bounty like bringing home a pair of live Dungeness crabs and plunking them into a boiling bath.

Located on the Port’s dock overlooking the West Mooring Basin, this salty market offers plenty of quality fresh, frozen and canned seafood, exotic meats ranging from buffalo to ostrich to iguana, as well as a menu for dockside dining. Anyone familiar with the menu at Northwest Wild Products will recognize many of the same offerings on the expanded menu at Hurricane Ron’s Bar & Grille, the sister outpost of the family-run business that opened nearly two months ago in the space long occupied by Charlie’s Chowder House on the corner of 14th Street and Marine Drive in downtown Astoria.

Also a seafood market, Hurricane Ron’s has kept the lights on at the adjoining Tiki Bar too and has Happy Hour every day between 3-6 p.m. A fresh coat of paint, a refrigeration case and a now-enclosed patio sporting tasteful Native American-inspired murals are all nice additions to the property, but I think it’s fair to say that Hurricane Ron’s is experiencing some growing pains as it finds its footing across town.

For instance, the seafood case was minimally stocked during a few recent visits and I overhead a few customers being redirected to Northwest Wild Products to seek out what they were looking for. While there are two outdoor tables on Marine Drive near the front entrance, the covered patio is used exclusively for storage and one would hope eventually that this unique space could offer additional outdoor seating — though, as previously reported in The Astorian, it sounds like co-owner Ron Neva’s plan is to turn this area into a crab-boiling and filleting room.

The clam chowder is perfectly decent: creamy with tender clams, smoky and sweet with plenty of honey-cured bacon, but at $5.50 a cup, I had to wonder what else I was getting at this price point. Astoria has plenty of great chowders and this one is on the steeper side, though still well done.

Crab-stuffed mushrooms ($14.50) didn’t fare as well. Though advertised as coming with parmesan cheese, this plate of seven came out utilizing the same Mexican-cheddar blend that is sprinkled liberally on the seafood melts. While the crab was abundant, the mushrooms were gummy and giving off a lot of liquid, the cheese was barely melted and it seemed like the whole thing could have used a few more minutes under the broiler.

A tuna melt ($9.75), open-faced on baguette and run through with a briny bit of tartar sauce, had more flavor than the stuffed mushrooms.

While most burgers in town lure you in with a variety of toppings and styles, Hurricane Ron’s takes the opposite route, focusing on the protein. Kobe beef (1/3 pound at $14.50), elk, water buffalo and bison (all 1/4 pound at $13.50). Cheddar is the only cheese available for an additional dollar. Wild boar bacon can also be added ($5). This means a bacon cheeseburger starts at $19.50. I chose a water buffalo burger for the novelty, added cheese but skipped the bacon. Any time I’m paying north of $8 for a hamburger, I expect to be asked how I want it cooked, but that detail was missed. A nice crust emerged off the griddle, but the burger was very well done, rendering the exotic ground indistinguishable from any other red meat.

What did shine through was an order of Columbia River sturgeon fish and chips ($19.50). The fish was perfectly cooked and the beer batter retained its crisp. Smoked salmon on a stick ($5.50 and one of the carryovers from Northwest Wild Products. Alligator, razor clams and more are also offered on a stick) arrived broken and falling off its bamboo skewer. While this did spoil any fleeting dreams of a fishy lollypop, the smoked salmon had nice texture and flavor.

I would never say that Hurricane Ron’s doesn’t serve quality ingredients, especially when it comes to local, fresh seafood. But quality ingredients served at a certain price point deserve expert execution in both the front and back of the house. Right now, Hurricane Ron’s is operating as a Category One, but let’s hope it can gather steam and reach at least a Category Three.

Vegetarian options: Not many, but pescatarians will find plenty