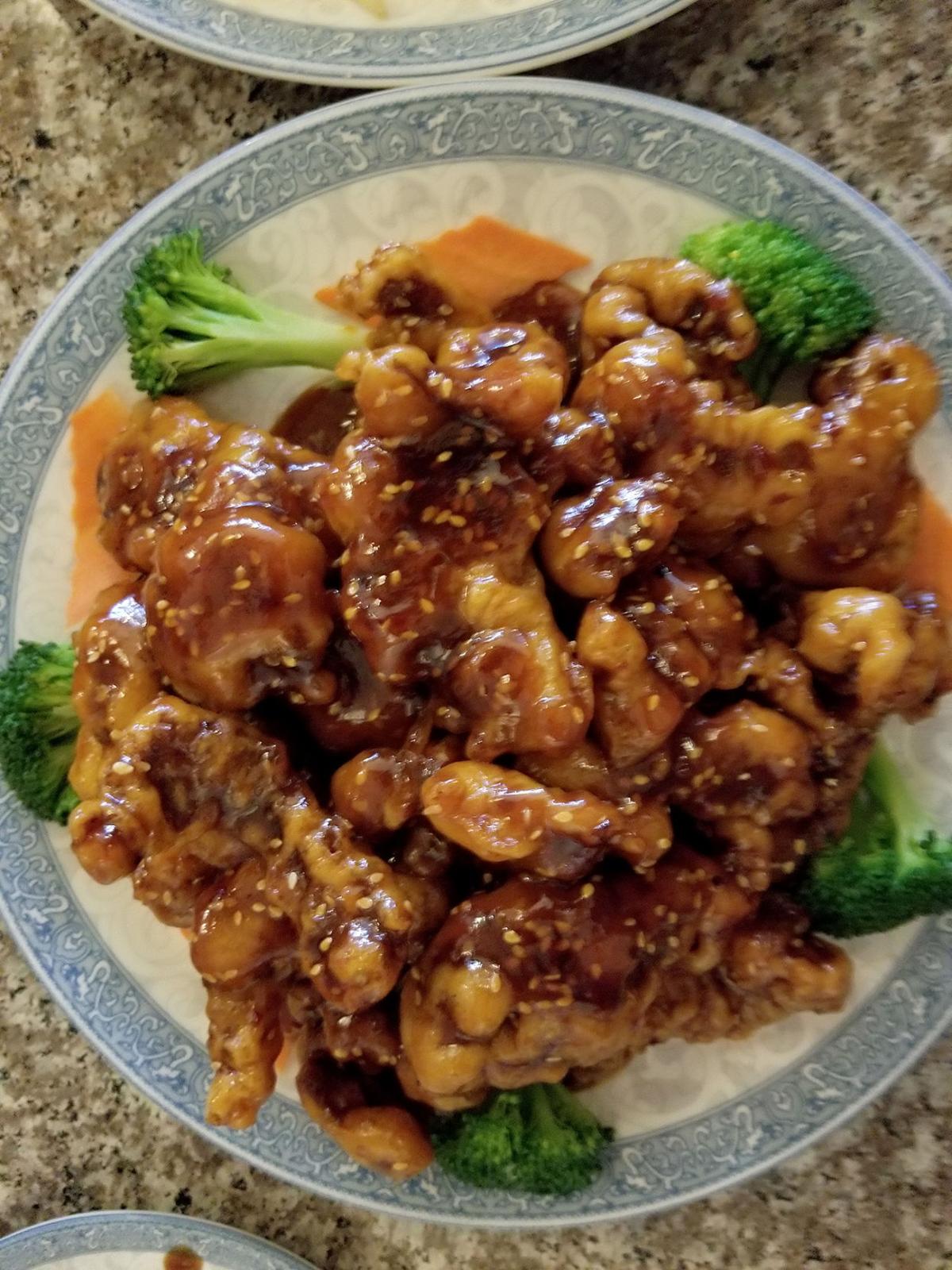 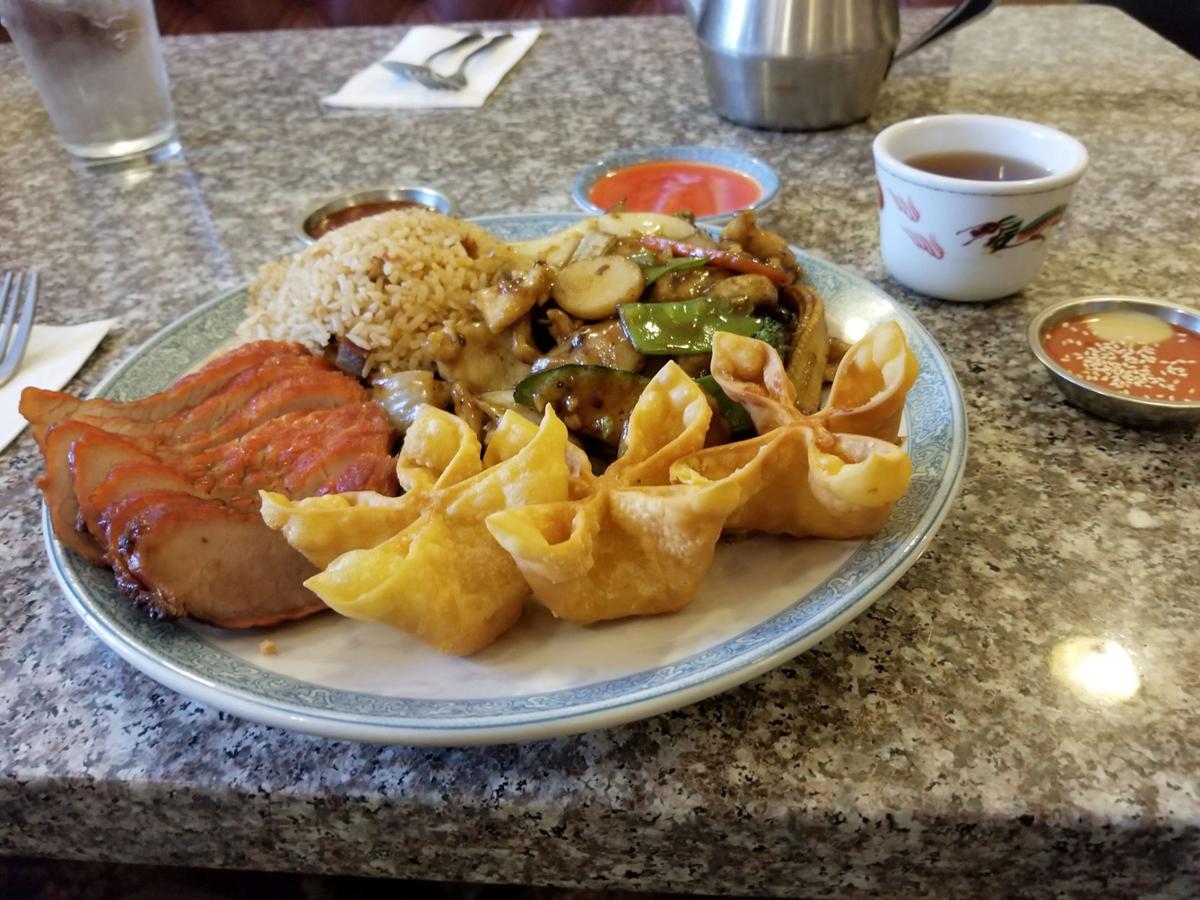 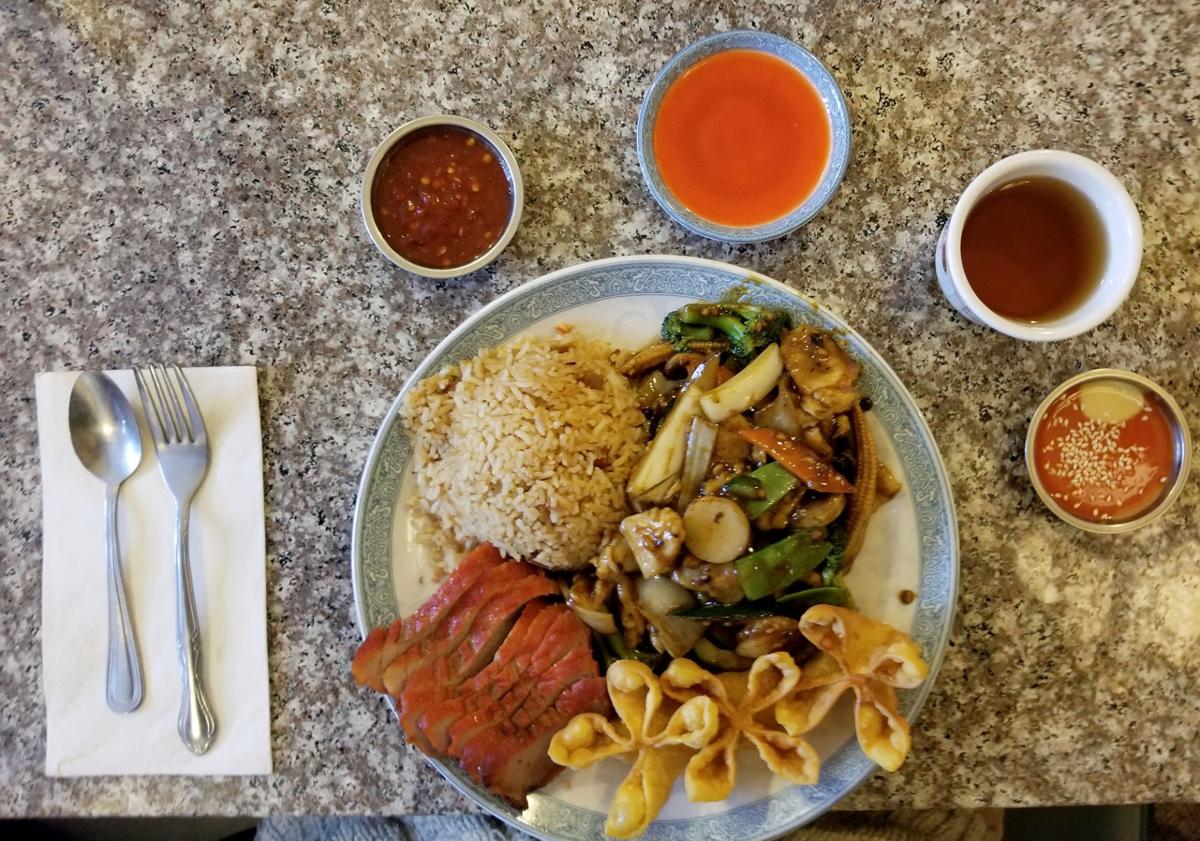 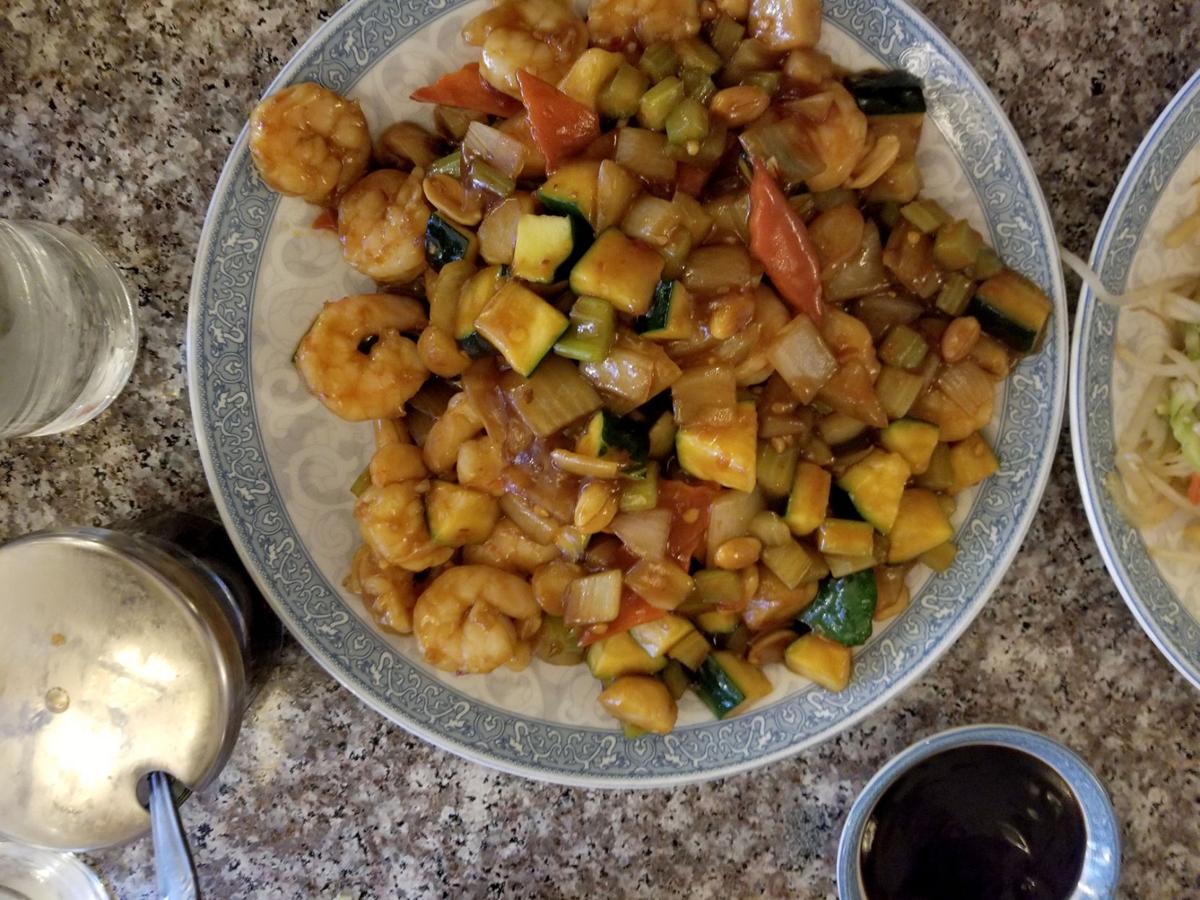 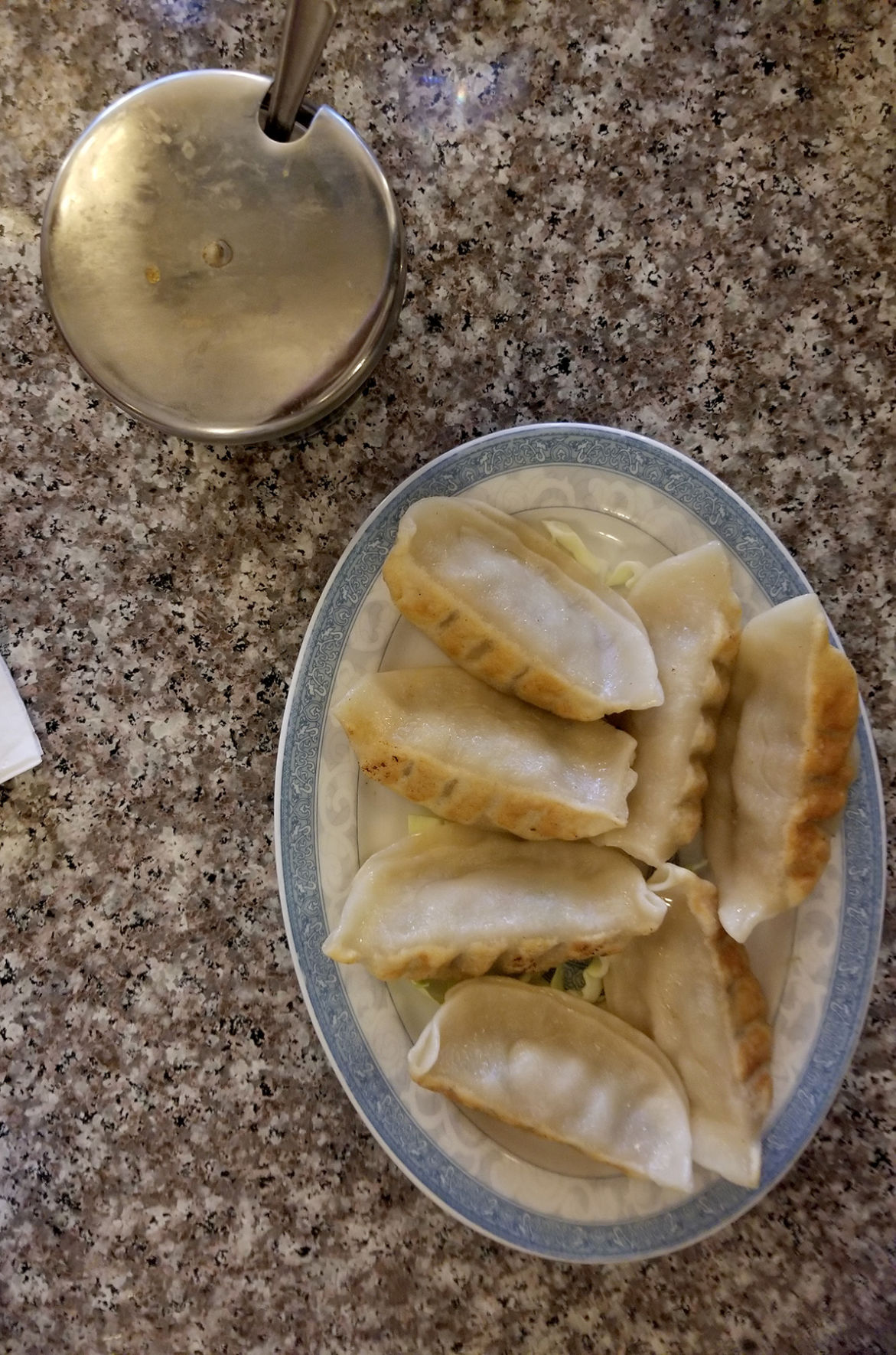 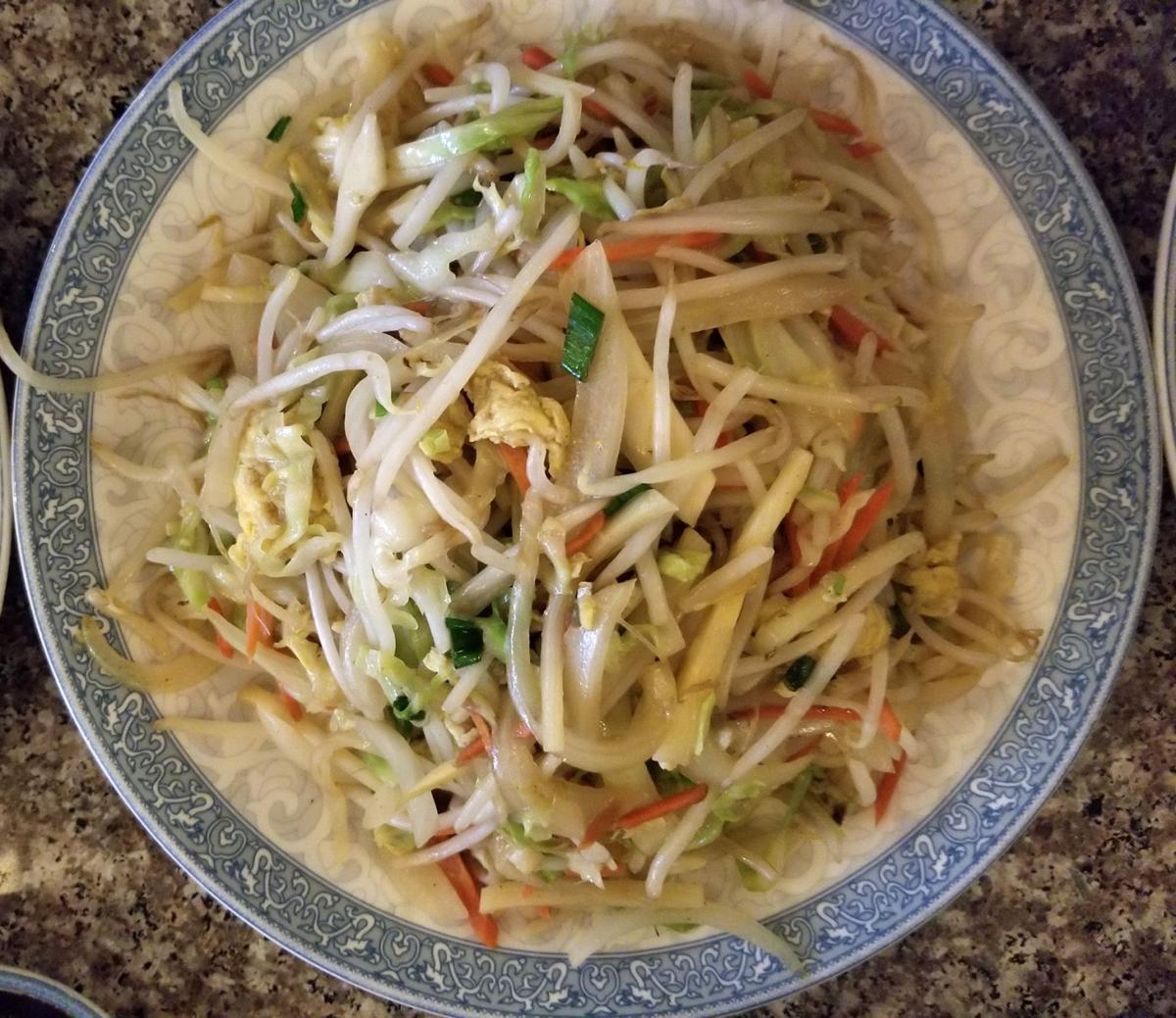 LONG BEACH, Wash. —As ubiquitous as they are, Chinese restaurants often get a cold shoulder in our area.

A scroll through Yelp shows that many visitors scrutinize the inauthenticity of Chinese-American fare. Don’t get me wrong: I love a molten, numbing bowl of dan dan noodles spiked with Sichuan peppercorns. But if you are looking for perfect Taiwanese soup dumplings, scalding mapo tofu or the prized smoked hams of Hunan province, you are better off heading to Beaverton, Seattle or San Francisco.

One of the first things I noticed is that nowhere on the building does Chen’s advertise that it is a Chinese restaurant— it’s simply Chen’s Restaurant or Chen’s. This thought followed me inside where the decor loudly announces its aim. Hanging, tassled Chinese lanterns, murals, etched glass panels and more, though never overwhelming or tacky, invite the appetite into a well-worn Chinatown aesthetic.

Though there seemed to be something else going on too: with the layout, the booths, the sugar jars on the table — all of these trappings seemed to overlay a classic American diner setup. Which makes sense, as Chen’s really is a diner that happens to serve Chinese-American cuisine.

This is comfort food, through and through. The daily special of Garlic Chicken ($11.95) came plated with 3 crab puffs (aka rangoons), about half a pound of cartoonishly bright BBQ pork, pork fried rice and a choice between egg flower or hot and sour soup.

Just on combinations and condiments, Chen’s has classic Chinese American covered, down to the fluorescent sweet-and-sour sauce topped off with a dollop of semi-hot mustard, floated like an egg yolk in the same serving dish.

The crab puffs were crispy, freshly fried and very cream cheese forward; the crab more an accent or afterthought, which is a pretty standard way of dealing with this expensive ingredient. Scallions would have been a nice addition for some bite.

The hot-and-sour soup did have a modicum of spice on the back end, but the sour wasn’t present at all. Again, this is pretty common in large batch hot-and-sour soups as vinegar dissipates very quickly. If it’s not added to order, poof, it disappears. What was surprising was the hint of sweetness in the soup base, but it was not unwelcome as it added another dimension to the flavor.

An appetizer of Pot Stickers (6 at $8.25) was perfectly acceptable. These were of the thin, wonton-skin variety, not the puffy, homemade dough ones I crave. With a splash of soy and chili oil, they were satisfying enough.

The Garlic Chicken in the combo was a huge portion alone. The slices of chicken were velvety and tossed in a light black bean sauce.

Normally I’m all for a lot of veg in my stir fries, but this dish seemed to take the kitchen-sink approach, or wor, meaning “everything” in Cantonese, and was stuffed with baby corn, water chestnuts, mushrooms, zucchini, bamboo shoots, scallions, bell pepper, some type of cabbage or bok choy, onions and broccoli. Usually when a place does this it is to skimp on the more expensive protein, but I didn’t feel that this was the case here — there was plenty of chicken. More than anything, it just felt kind of unfocused.

In contrast, a dish of Mu Shu Vegetables ($10.50) could have used a bit more variety of texture. Technically anything hoisted onto a pancake and slathered with plum sauce is delicious, but the bean sprouts were either sauteed until limp or came out of a can (I suspect the latter), when a bit of crunch could have really elevated the mouth experience.

Unless you have an extreme aversion to capsicum, there’s no need to fear the chili peppers floating next to menu items at Chen’s. Kung Pao Shrimp ($13.95) didn’t even light a match. While the usual suspects of celery, water chestnuts, onions and peanuts were all there, there was not a single whole chili pepper tossed into the mix.

This is possibly my only real complaint with Chinese-American cuisine: spicy is more of a threat than an actuality. As a fan of spicy food, let me burn! Let me sweat! I literally asked for it!

The standout dish, another not-spicy, pepper-winking entree, was the Chef’s Special Beef ($13.95), which is essentially General Tso’s cow. Tender slices of beef were crisped in a cornstarch batter and lathered in a sweet, sesame-laced sauce, hovering above a few slices of raw carrot and broccoli florets. It was delicious in its own right, but also invoked the saccharine memories of what Chinese-American cuisine can accomplish with texture, salt, vinegar and sweets: a homegrown, cross-cultural umami bomb.

The thing is there’s absolutely nothing wrong with Chen’s.

Service was downright attentive with a few minor caveats that were immediately taken care of. In fact, I do not recall ever being lacquered with so many “hons” and “sweeties” at a Chinese-American restaurant.

All in all, there might not be anything wrong with Chen’s, but there’s also nothing extraordinary about it. But you don’t head to your neighborhood diner because it’s extraordinary. You haunt it because it’s familiar, and Chen’s is familiar.