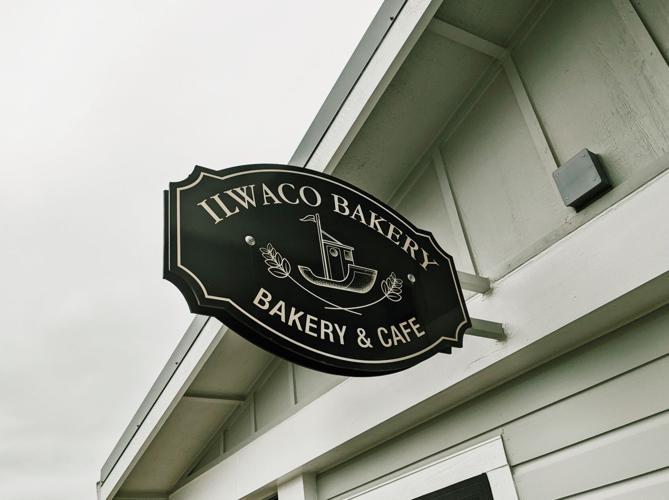 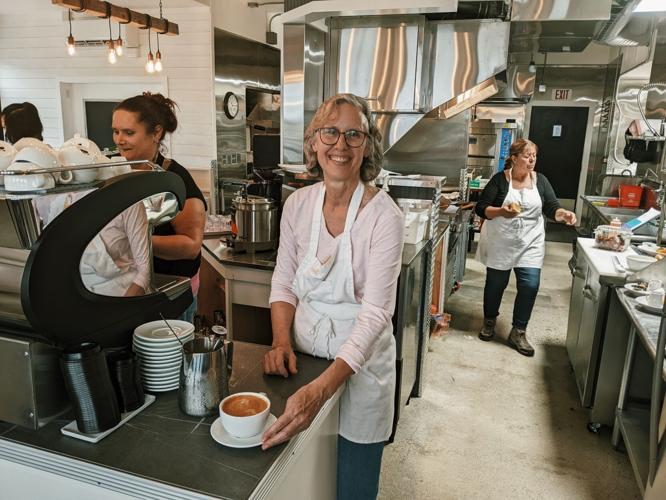 Laura Villar stands behind the counter of Ilwaco Bakery with a cup of coffee. 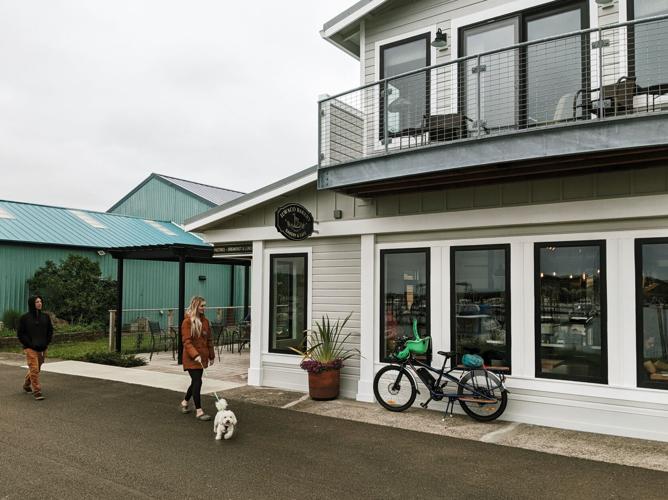 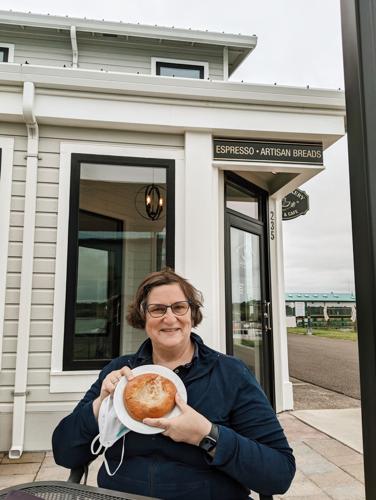 A customer smiles with a pastry outside of the new peninsula bakery.

A new location for a bakery and cafe in Ilwaco, Washington, aims to help revitalize the fishing town’s waterfront. Ilwaco Bakery, owned and operated by Valerie Perkins, boasts a modern take on an old port theme. “We’re trying to stay true to the area, true to Ilwaco,” Perkins said.

Perkins and her husband, Bruce, purchased the building on the Ilwaco Waterfront six years ago. Through fits and starts, the couple remodeled the building until its opening day earlier this month. A food truck on the premises has warmed up for the occasion over the past couple of years.

On opening day, a steady stream of customers filed into the space, which was suffused with an air of excitement. Ilwaco resident Maryanne Murray was thrilled with the new place. “Ilwaco needs businesses, we need services, especially for the tourists that come through,” Murray said. Perkins, she said “has put together a class act. What a beautiful little spot.”

Cordelia Cochran, visiting the peninsula from Tacoma while preparing for an upcoming doctoral internship at a local clinic, stopped by before heading out of town. Cochran said that she looks forward to doing homework at the new bakery. “It’s really a great place,” she said.

An Ilwaco resident of four years, Perkins decided to recruit community members to help her in revitalizing Ilwaco’s center. She soon realized that the success of her business hinged on daily foot traffic.

Perkins now heads the Downtown Ilwaco Revitalization Committee, a new five-member volunteer task force affiliated with the city’s planning commission. One of the group’s goals is for Ilwaco to become a member of the Washington State Main Street program, a decadeslong state initiative managed by the Trust for Historic Preservation that helps communities revitalize their downtowns.

“We have a wonderful downtown with sidewalks and many historic buildings that are just sitting vacant,” Perkins said. “We really need storefronts to bring people into our community and when we can do that it serves all of our businesses and people who live here,” she added.

Susan Yirku, executive director of the Pacific County Economic Development Council, welcomed the bakery. “Everybody is extremely excited,” Yirku said. “It’s a great addition to the area,” she added.

Ilwaco is undergoing a period of transition, according to Yirku. “Historically the peninsula just didn’t change much, which was actually part of its charm, but we’re officially discovered now,” she said, pointing to population growth. “The bakery is a harbinger of things to come.”

Open from 7 a.m. to 3 p.m. on Thursdays, Fridays, Saturdays and Sundays