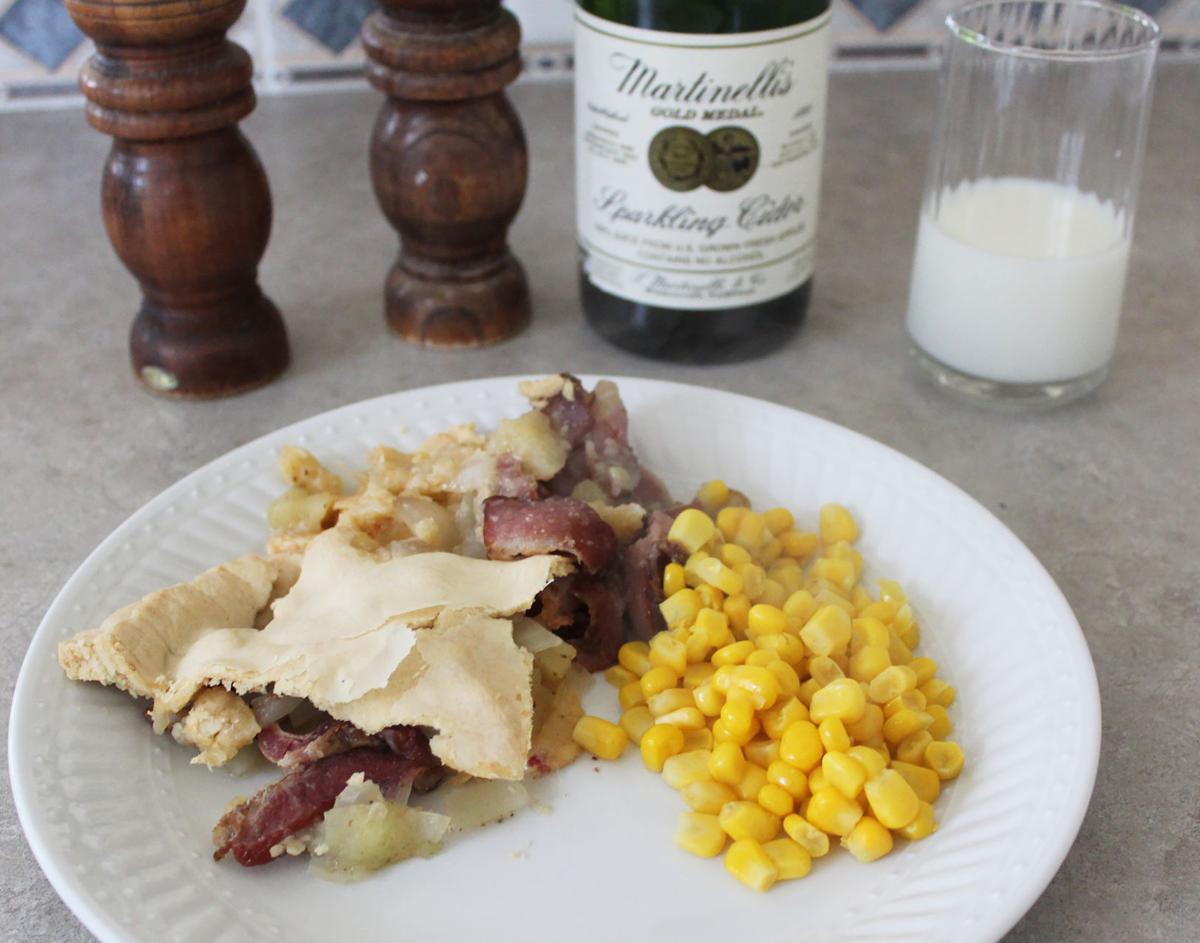 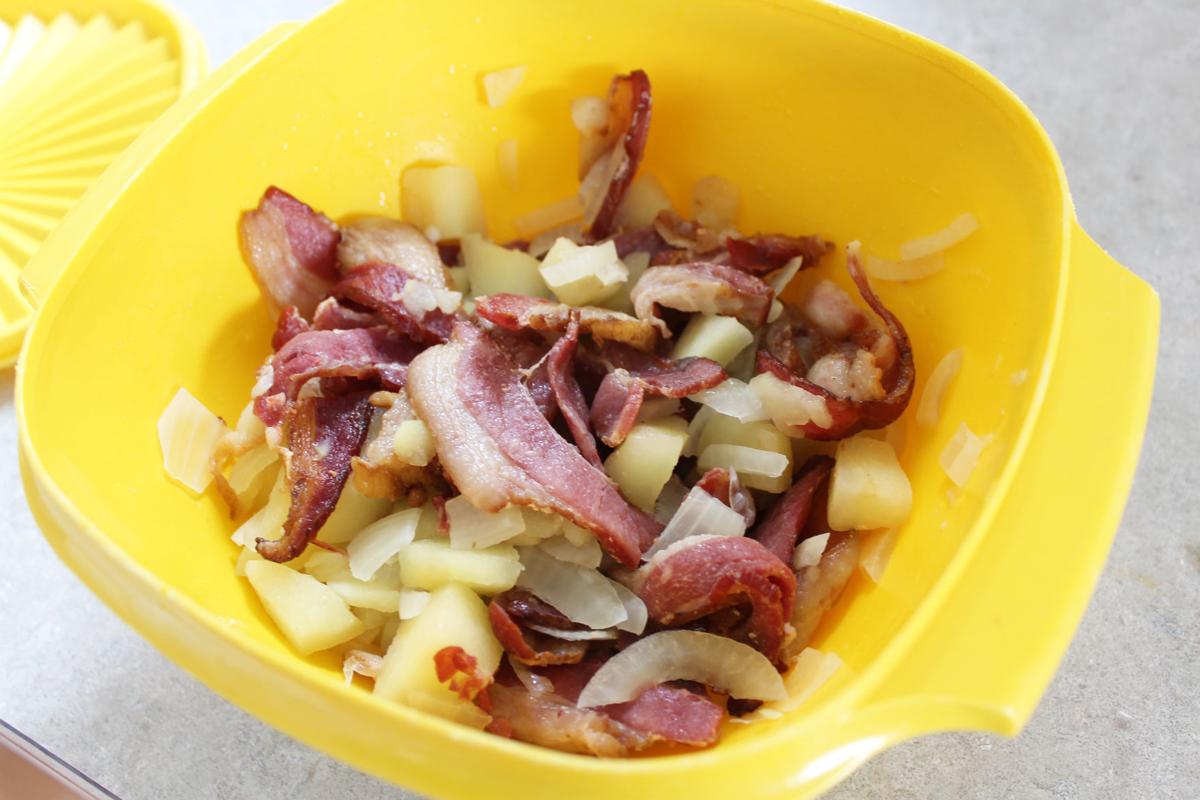 The mix of bacon, apples and onion should sit sealed in the refrigerator. Pour in some cider. After, pour the excess liquid before spooning the mix into the pie.

The mix of bacon, apples and onion should sit sealed in the refrigerator. Pour in some cider. After, pour the excess liquid before spooning the mix into the pie.

During the early days of quarantine, I stepped on my bathroom scale and realized that seven days of ravioli on wheat toast was not improving my waistline.

I signed up for home economics in high school — in large part because I was terrible at wood shop — and actually learned a few things. One was cooking simple fare, then adapting recipes to my personal preferences.

As a teenager growing up in England, it was a huge treat when my parents took me to a pub called The Hautboy in Ockham, a village south of London. Musical enthusiasts will know the name means oboe.

One item on the pub’s lunch menu was Huntingdon Fidget Pie. It soon became my favorite childhood meal. As my quarantine weight-gain, and a growing awareness of a lack of variety in my diet, dawned on me, I decided to recreate it.

It’s simple. You bake a pie with bacon, onion and apples inside.

I always soften the chopped onion first in water at a rolling boil. Don’t use the bacon’s fat — you don’t want lingering butter or oil to impact the taste of the apples. I core, peel and chop the apples, then put them in boiling water to soften for a few minutes. For my most recent attempt, I used a couple of green Granny Smiths, though I suspect any variety would work.

The bacon can be any kind. It even could be sliced chunk ham — the meat you use in Navy bean soup. I find those off-cut, odd-shaped bacon packages from the store are best. Sometimes they are a tad salty, so don’t add salt until you have taken a bite. The tangled mess of irregular sized bacon gives a chewable and rustic consistency to the innards of the pie.

I always pre-cook the meat, at least partially. Don’t microwave. Be sure to use paper towels to sop up the fat. You don’t want slimy apples.

Putting uncooked bacon into the pie and baking it is a proverbial recipe for disaster. My mum taught me: you don’t mess with pork. Make sure it is cooked all the way through.

Mix the three ingredients in a decent-sized storage container and add some carefully-selected herbs — parsley, sage and thyme are the usual suspects. Before you close the lid, pour a little cider into the mix — don’t drown it — and let it sit for at least an hour.

That’s about it. Spoon the mix into your pie crust and seal. If the mix is too wet from cider, drain it first.

Bake in the oven at 350 degrees for 45 minutes. A little foil around the edges of the pastry can save a burnt offering. At 45 minutes, take the pie out and check it, then put it back for another 25 minutes. It usually needs that extra time, so factor that in if you are cooking and immediately serving.

I suspect you can decide what to serve with it, whether vegetables, salad or potato, so I won’t speculate. You choose. It can be your main meal or a substantial snack. If I am alone, I serve it with sweetcorn. It sometimes needs a little barbecue sauce on the side, especially when microwaving a leftover slice. Kansas City Masterpiece Original is my favorite.

If you go searching for related recipes for this creation, you’ll learn all about how it was dreamed up to feed hard-working Cambridgeshire farm laborers at harvest time. There is even a Shropshire version that uses cream and potatoes but that’s a story for another day.

A 9-inch pie crust should make four portions but really it only makes three, well, because.

Pre-cook the bacon, onion and apple. Mix it all together. Pour in the cider and let soak. Drain the liquid before filling the pie crust. Bake at 350 degrees for 45 minutes, check, then continue baking for another 25 minutes.