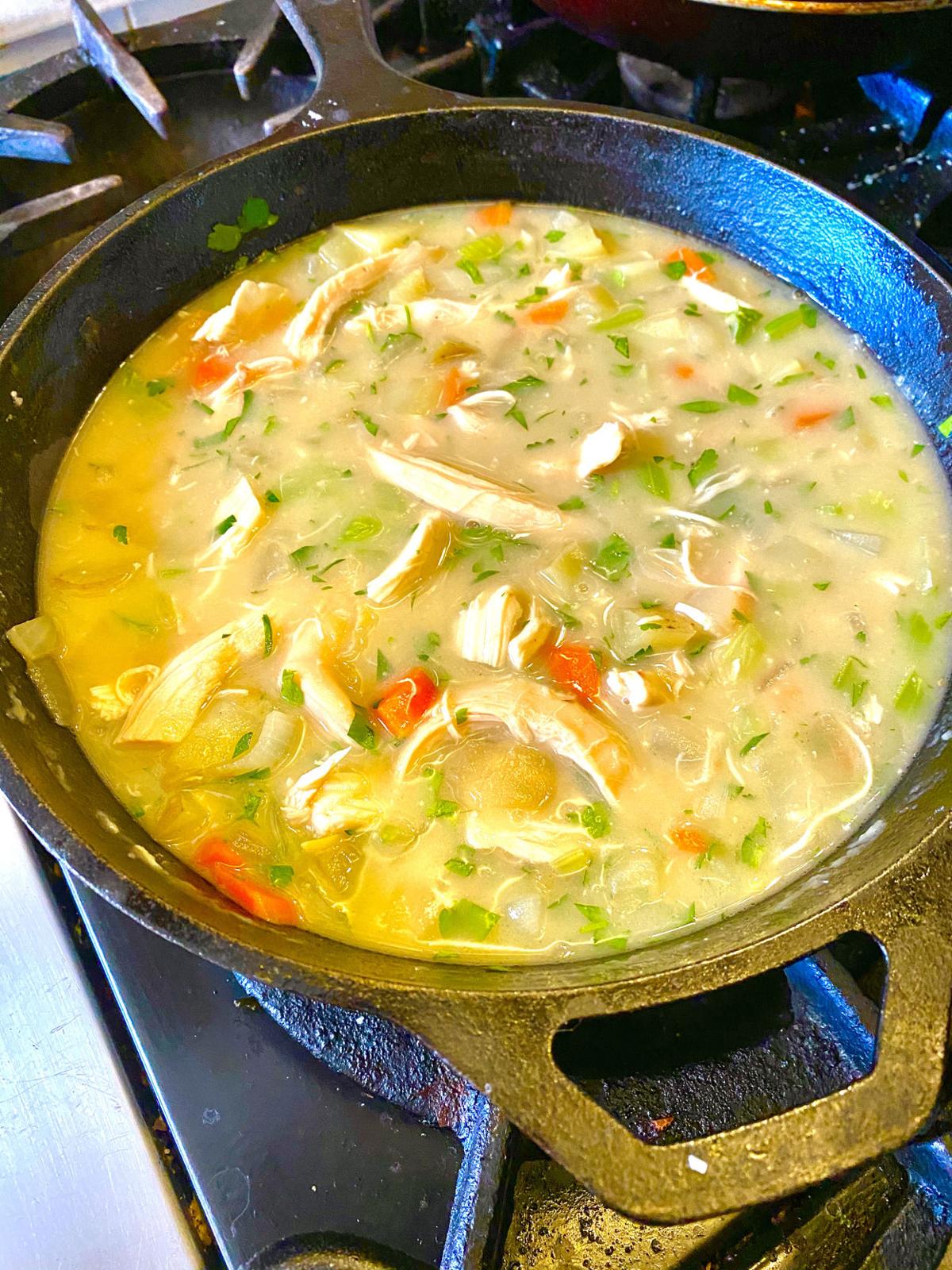 Simmer the chicken in a cast iron kettle. 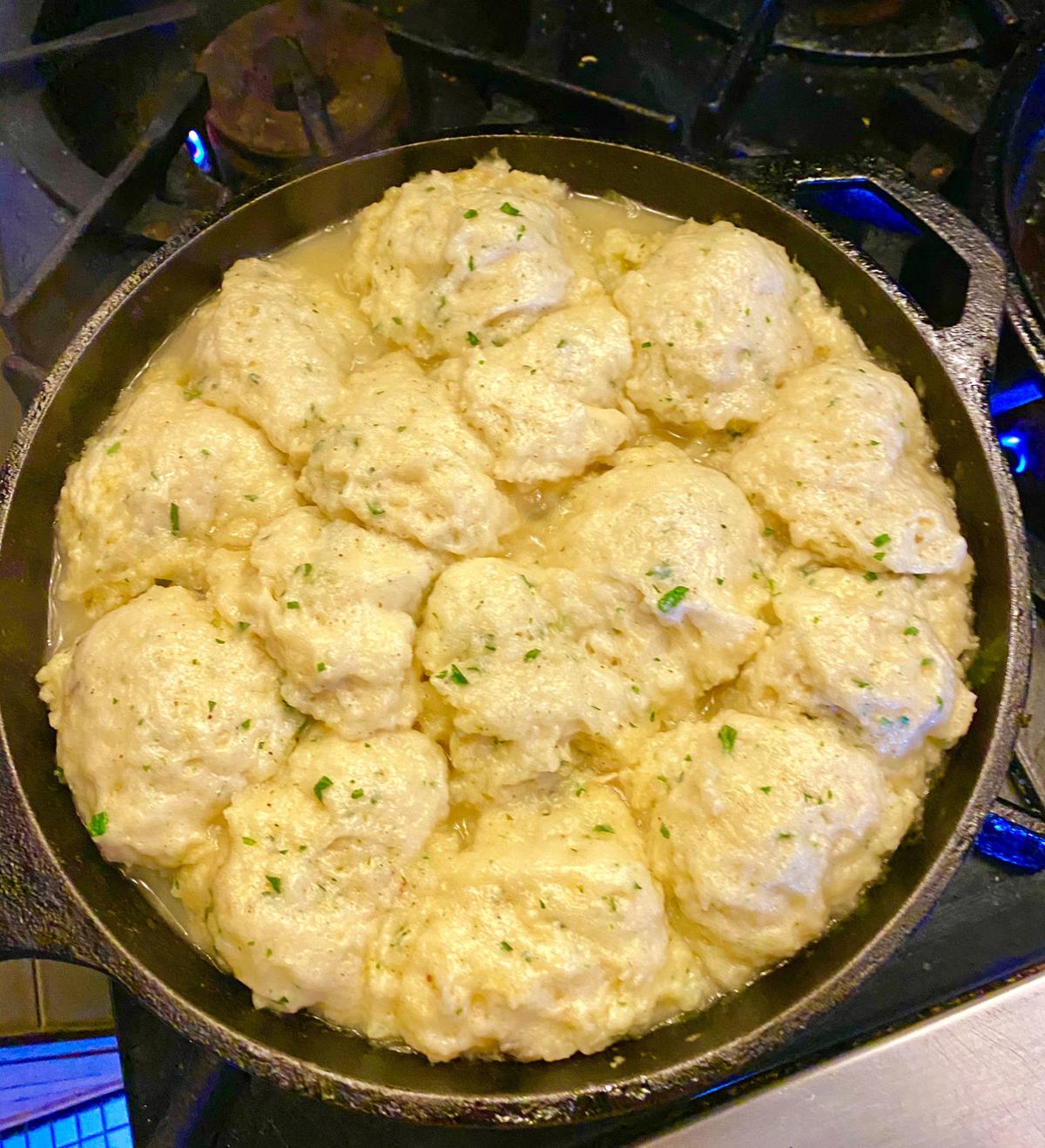 Warm the dumplings in a cast iron kettle.

Laurie Anderson dishes up her serving of homemade chicken and dumplings. 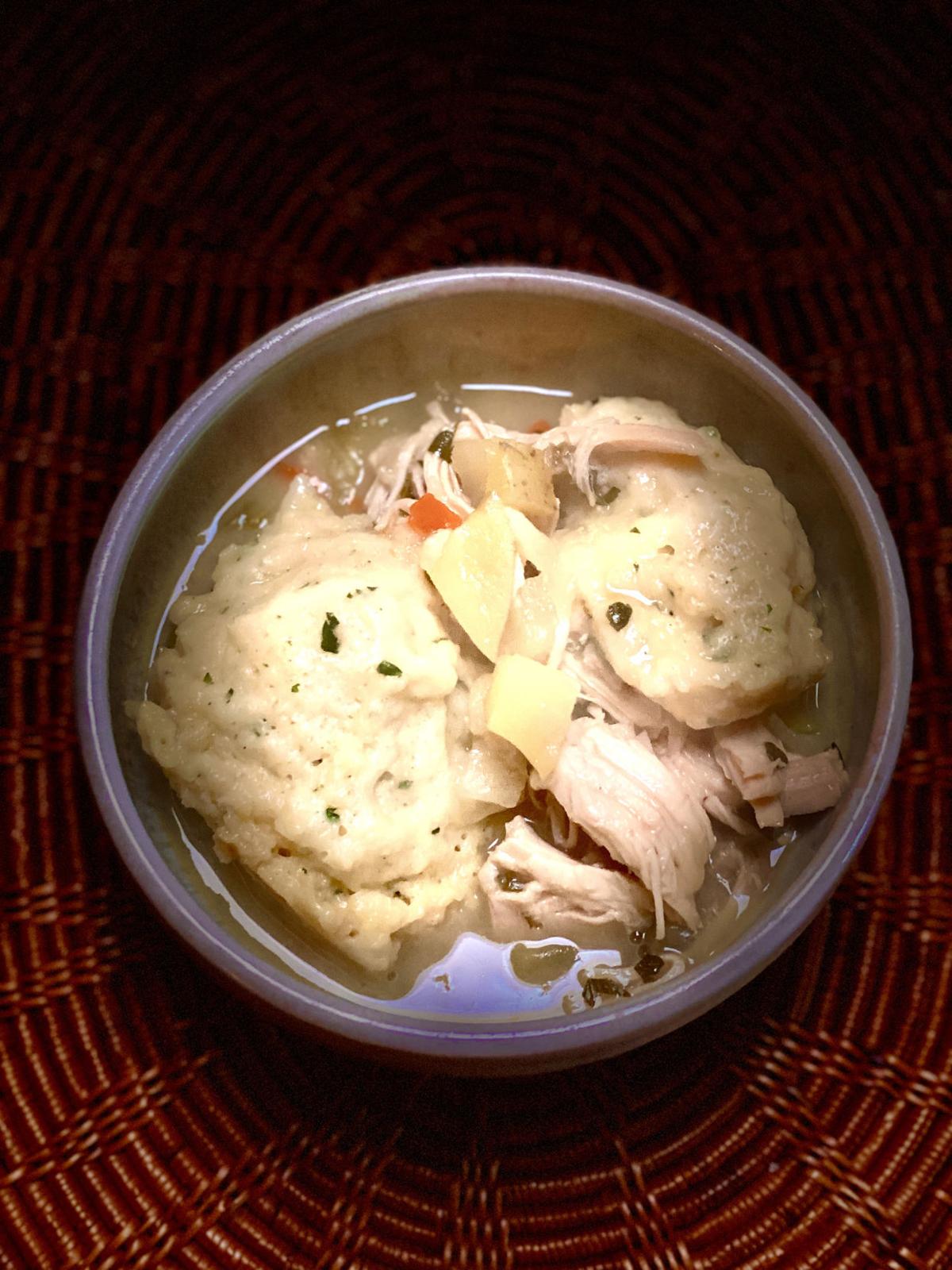 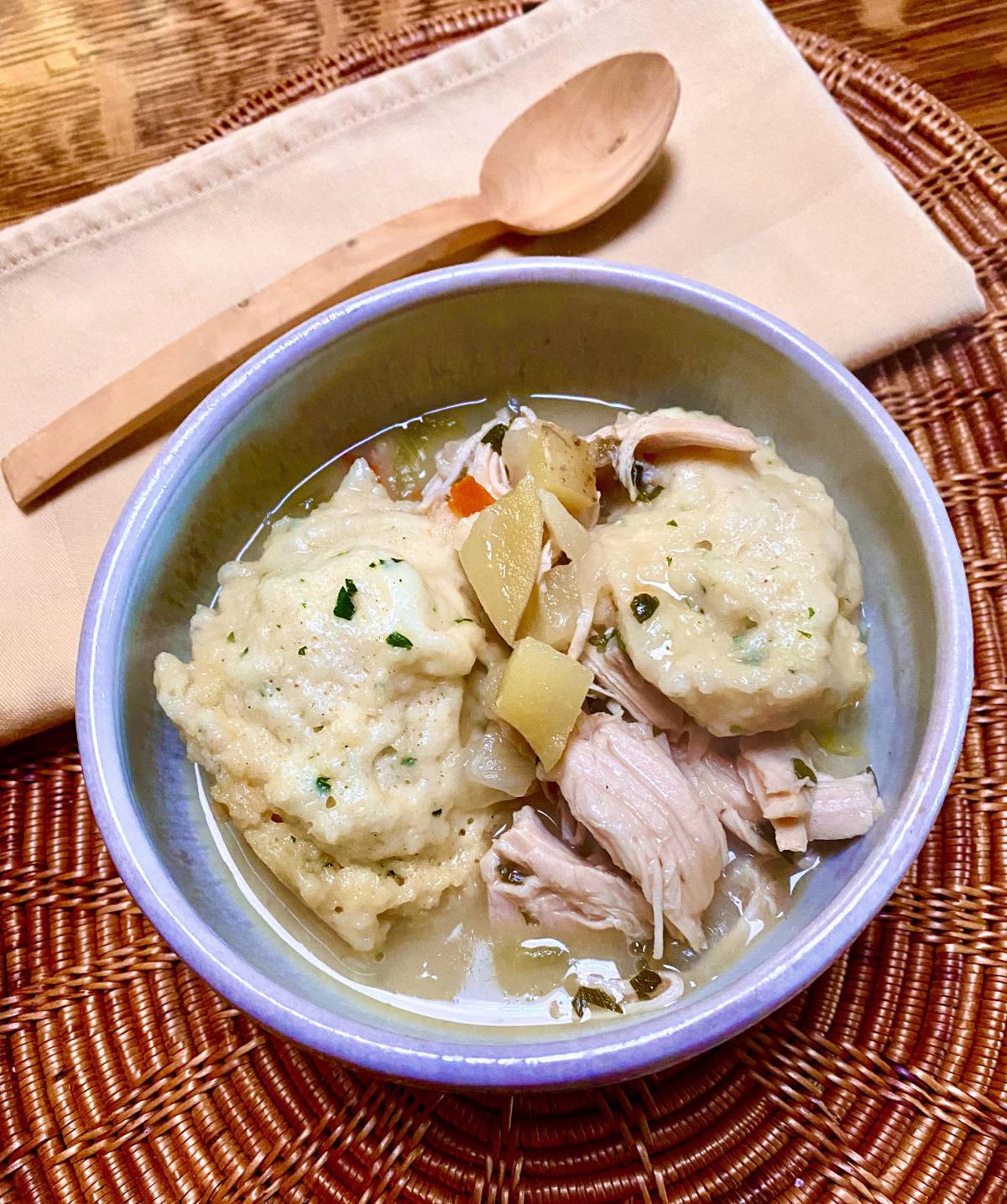 Simmer the chicken in a cast iron kettle.

Warm the dumplings in a cast iron kettle.

Laurie Anderson dishes up her serving of homemade chicken and dumplings.

On a sandy beach deep in wilderness beside a lake, my wife and I were preparing a feast in a cast iron kettle for a Native Haisla elder and friends. The meal was at the elder’s request. The dish was chicken and dumplings over a campfire.

The elder, named Cecil, is one of the great storytellers among the First Nations people of British Columbia. Being here was both a pleasure and an honor. Cecil is an inspiration. On request, I hold back his family name.

Chicken and dumplings is not exactly traditional native food but a man knows what he wants.

The first thing one needs to know about campfire cooking is to let the fire burn down into a hot bed of coals. You also need a lid for the kettle. At home, keep the heat low and cook slow. The following recipe was from my wife Laurie’s mother. It is always a family favorite.

Disjoint a fowl and place the pieces in a kettle. Add lightly salted water to cover, partly cover the kettle, and cook the fowl until tender. Simmer gently, do not allow to boil.

When tender, remove the pieces from the broth and keep warm. There should be 3 to 4 cups of broth. Skim off the fat and measure the broth.

If desired, cook peeled carrots and potatoes cut into bite-sized pieces in the broth until fork-tender. Strain broth and hold the vegetables with the chicken pieces. For each cup of skimmed broth, mix 1 ½ tablespoons of the rendered fat or butter (or a mixture of both) with the same amount of flour.

Stir several spoonfuls of the hot broth into the fat-flour mixture, then pour the mixture back into the broth in the kettle. Cook the gravy until it is slightly thickened. Season to taste. Add chicken and vegetables to the gravy. Make dumplings with the following recipe.

Sift the flour, baking powder, salt and nutmeg together. Beat the egg. Add the milk and mix with the dry ingredients. Drop by spoonful into the boiling chicken gravy.

Under a full moon we laughed, listened to miraculous stories from a master storyteller, and drank in the surrounding beauty. We ate with relish. You can too, in the sanctuary of your kitchen.