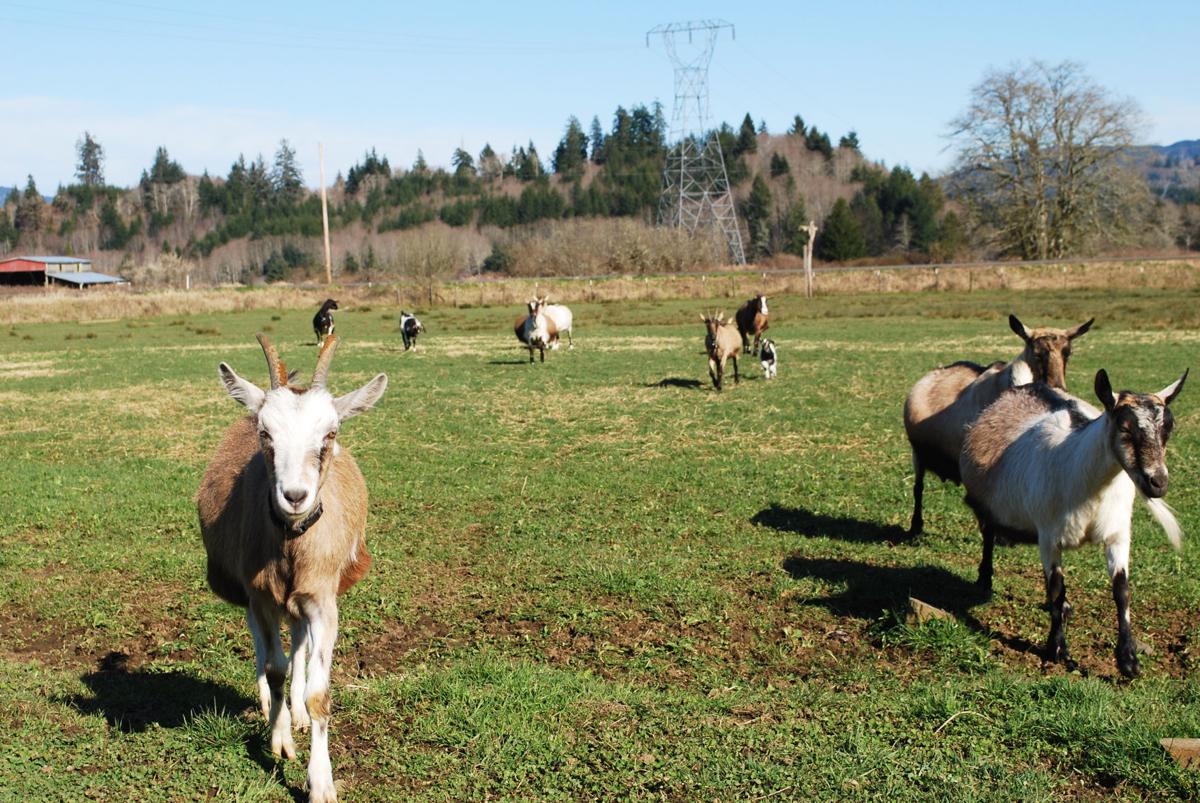 Kennedy, left, and others walk toward a barn at Skamokawa Farmstead Creamery. 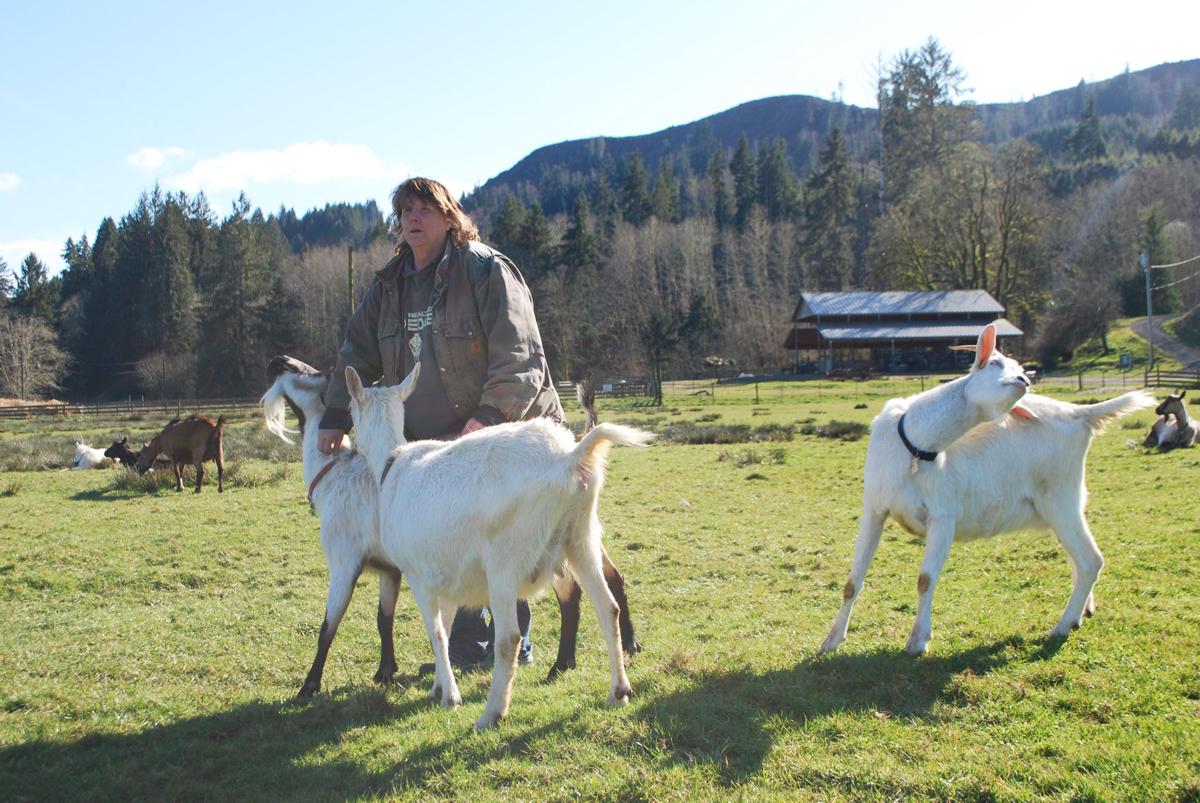 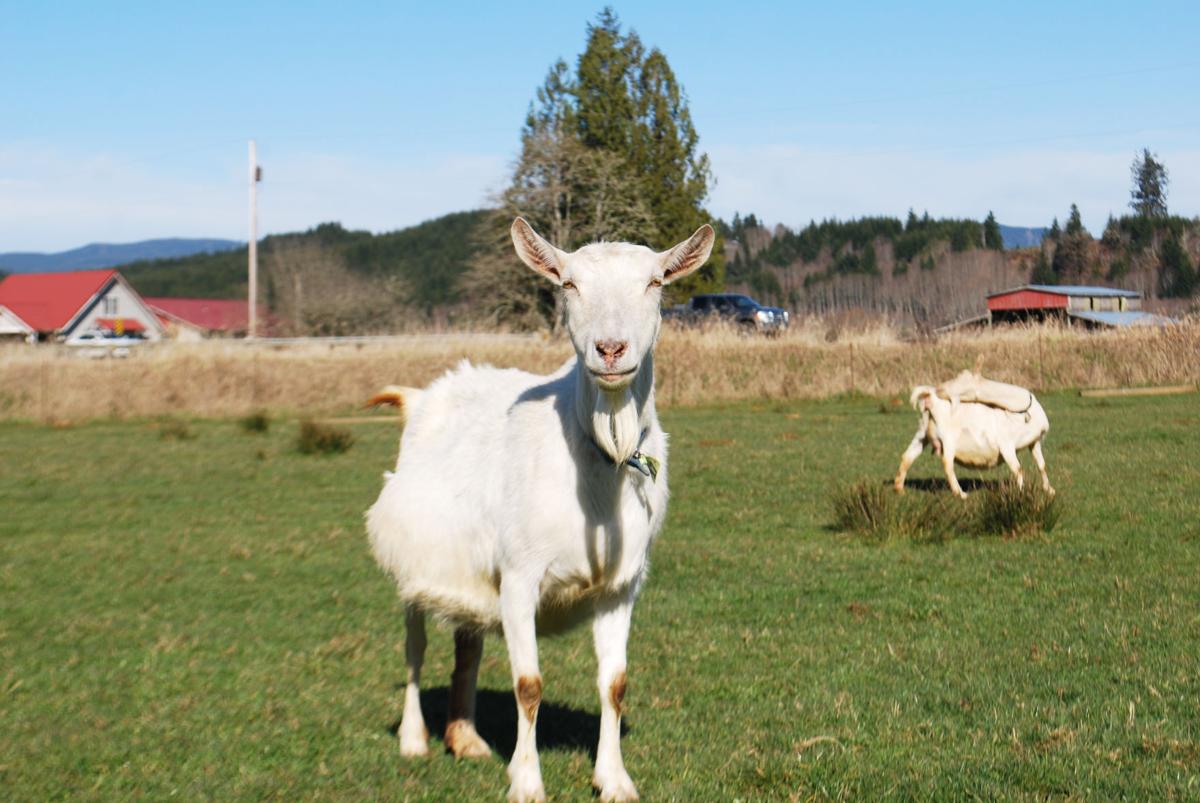 Joy is one of the creamery's original goats. 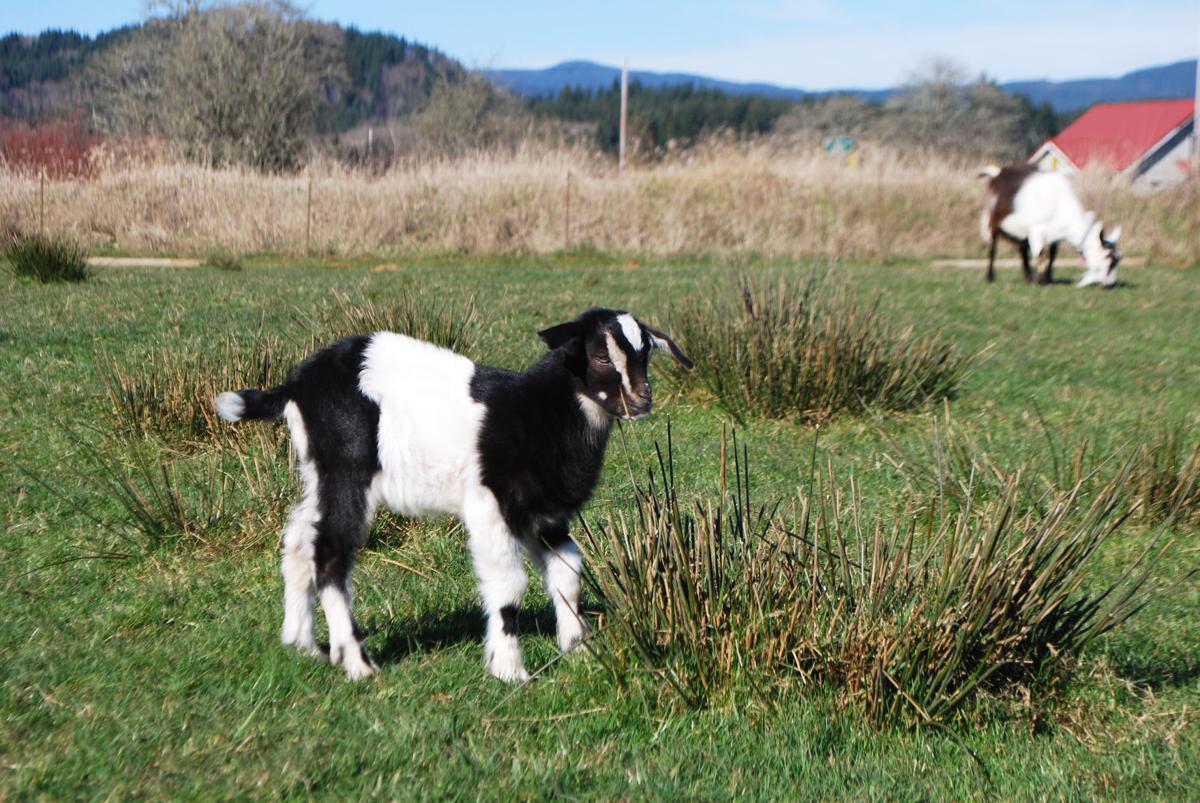 This male kid hasn’t been named yet. He will spend a few more days outside with his mom. 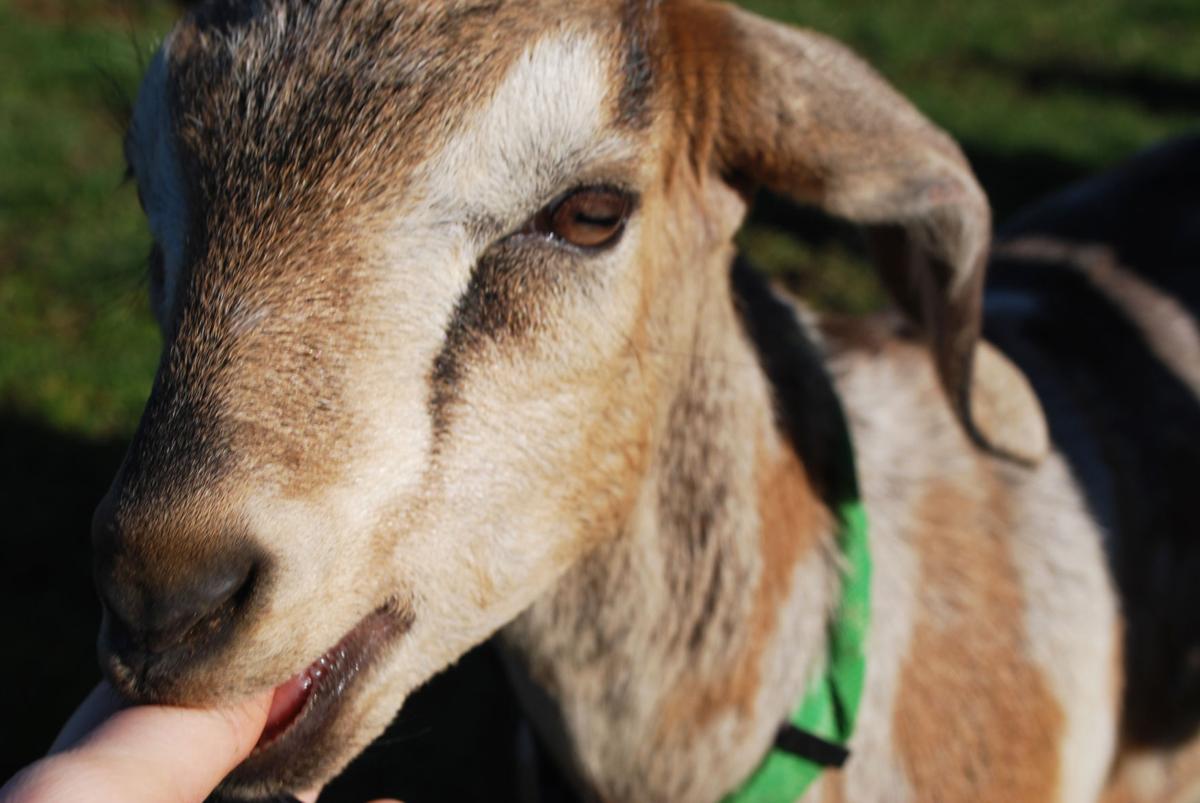 Musk, pictured, and his brother Elon were born in January. 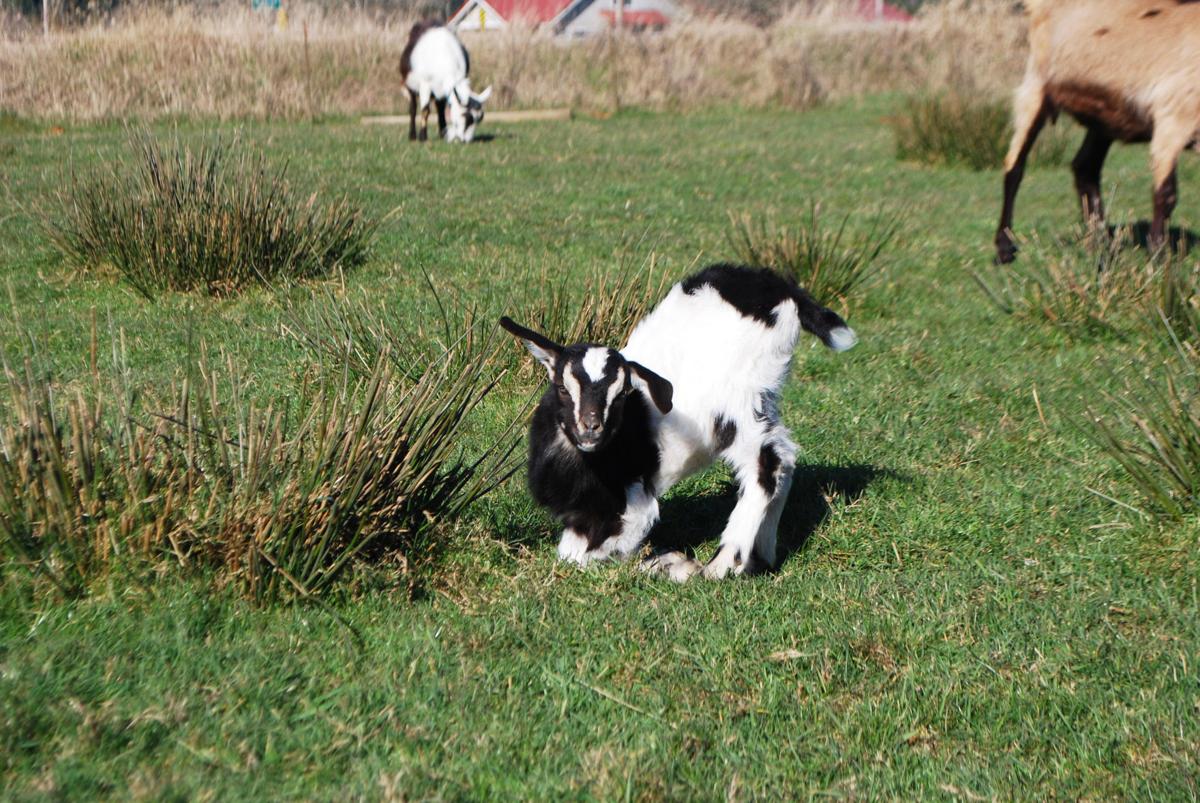 This unnamed male kid has been with his mom in the pasture so he’s wary of humans.

Kennedy, left, and others walk toward a barn at Skamokawa Farmstead Creamery.

Joy is one of the creamery's original goats.

This male kid hasn’t been named yet. He will spend a few more days outside with his mom.

Musk, pictured, and his brother Elon were born in January.

This unnamed male kid has been with his mom in the pasture so he’s wary of humans.

As humans struggle to bring a viral pandemic under control, the rest of the natural world moves forward, business as usual. Flowers are blossoming and trees are budding. At Skamokawa Farmstead Creamery, over 100 baby goats are about to be born.

Vicki Allenback runs the creamery, a goat dairy located just west of Skamokawa. The creamery’s five employees, including Allenback, care for the goats, milk them and process goat milk into cheeses and cajeta, a goat milk caramel.

Daily, dozens of goats roam the pasture in front of the barn. Some carry bulging pregnant bellies. Baby goats huddle inside the barn in stalls for the first few days of their lives. The baby goats pile on top of one another and lay under heat lamps for warmth.

“We pick them up. The whole point is to acclimate them (to people),” Allenback said. “Once they get out there with their moms, we can’t catch them.”

If the babies are used to people, it’s easier for Allenback and the rest of the team to catch the goats when they need to and so they’ll behave better on the milking stand later.

The farm names each baby goat they keep. With dozens of babies each year, they pick an annual theme for naming the kids.

“We started out with millionaire and billionaire names this year, but at this point we just name them whatever,” Allenback said.

The first two born this year: Elon and Musk.

“Musk is gorgeous, so we’re keeping him as a buck,” Allenback said.

In order to stay economically viable, small farms like the creamery have to get creative. Selling cheese is not always enough to keep up with expenses. Allenback hopes to develop agritourism by creating a farmstand store in the facility where the creamery can sell goat cheese, cajeta and other locally-made goat products like soap.

The impact of coronavirus is on the front of Allenback’s mind.

“I just ordered the sheetrock. It should be delivered in two weeks, but because of this coronavirus, we’re taking it kind of easy,”Allenback said.

The creamery is a usual vendor at markets like the Vancouver Farmers Market, which was originally scheduled to open March 21. The market’s opening has been postponed.

“If we were doing the market, we’d take (the baby goats) down,” Allenback said. “People get to come in with their kids and hold them and bottle feed them. But I don’t think we’re going to be doing that.”

Allenback worries if the business will make it through the slowdown.

“Everything now is based on us selling cheese, and if we’re down for five months it’s going to be tough,” Allenback said. “A lot of people will be going bankrupt. I don’t know if I’ll make it. But I’m hoping I will.”

The creamery is still in operation, creating products for local retailers. Creamery products are available at the Astoria Co+op, Peter Pan Market, Cathlamet Market and by calling the creamery at 360-846-7264.

The creamery has started milking again for the season, which Allenback will process into cheese, starting with their signature chevre flavors: classic, cranberry and dill garlic.

For now, Allenback is taking things one day at a time.

“I’m looking forward to having chevre with some scrambled eggs,” Allenback said. “That’s the first meal I make with it.”