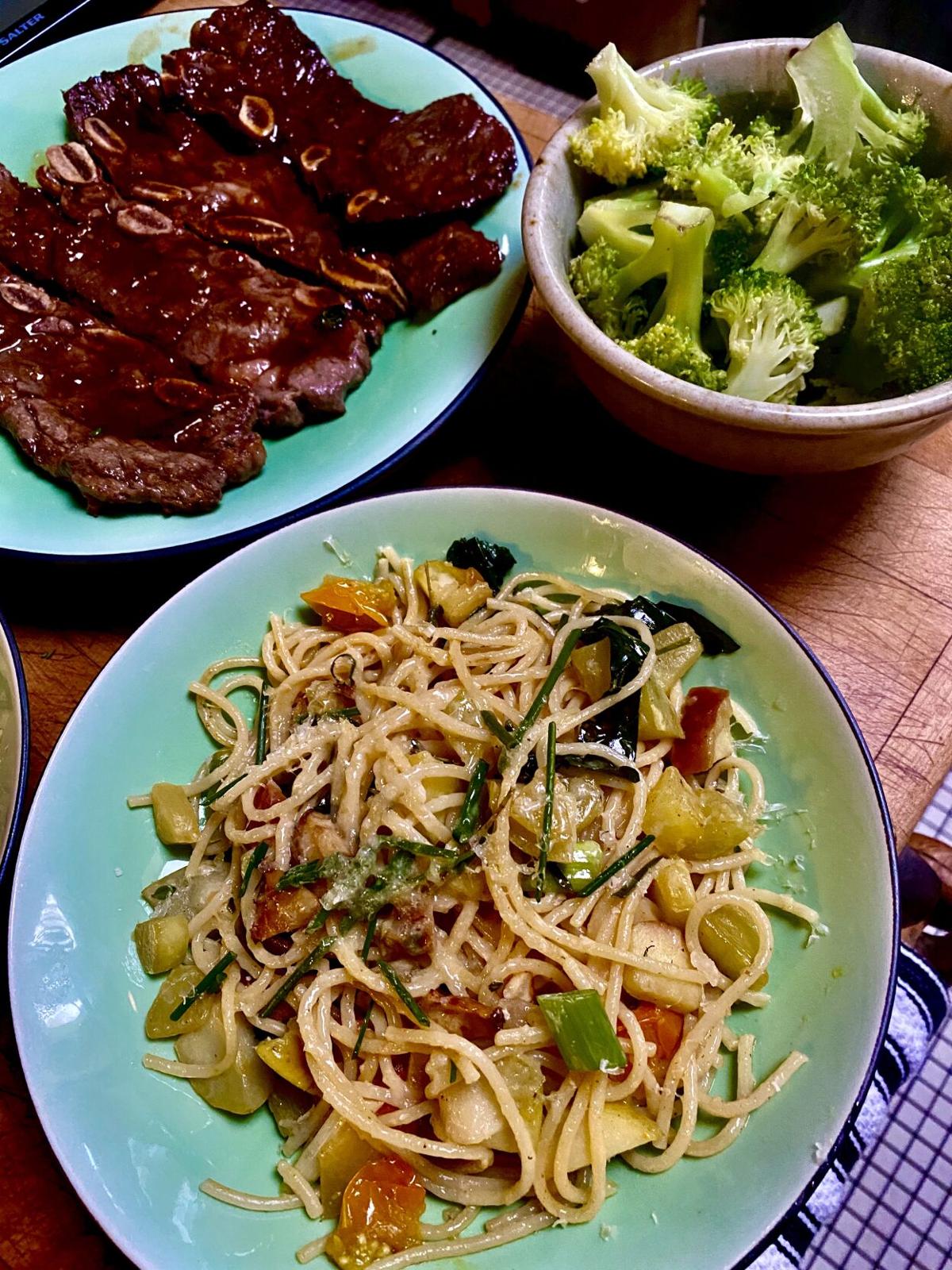 The finished dish pairs well with ribs and broccoli. 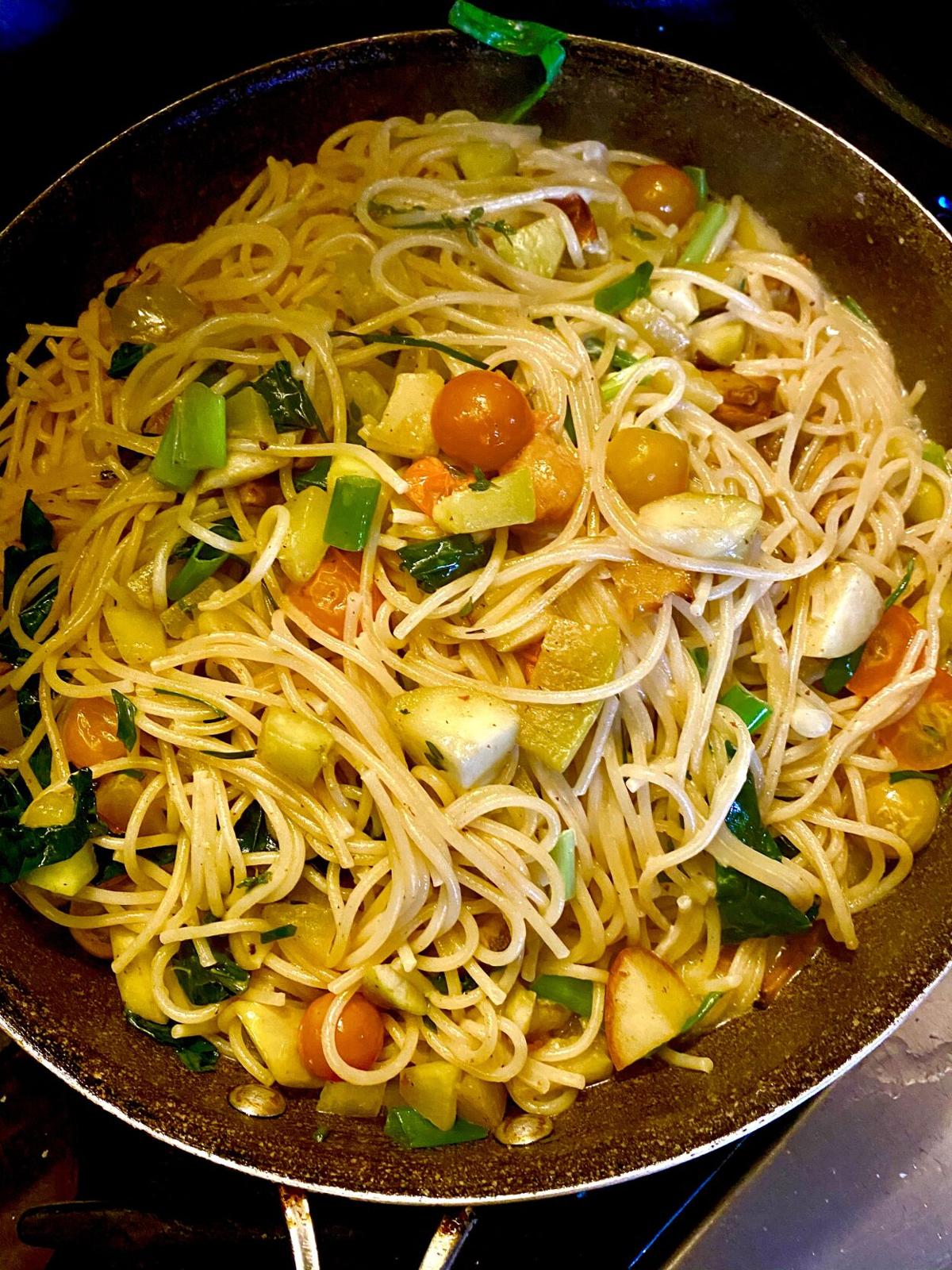 The finished dish pairs well with ribs and broccoli.

I will be the first to admit that the extra 10 pounds that I carry on my belly is most likely fueled by my love of pasta. But lately, I have begun to adjust. My doctor would be proud.

Carbonara is a tempting modification. Instead of cream, the recipe calls for starch water left from the boiled pasta and well beaten egg yolks. I suggest cutting back on the pasta and using more fresh vegetables.

For this recipe, I pulled a mess of veggies from our newly engineered soil. Before, it was all sand, blackberries and willow. I then added locally foraged wild mushrooms, which grow in abundance during fall. I suggest learning about a few colorful and delicious fungi, then trying wild mushroom hunting for yourself.

One quarter-cup of virgin olive oil

One large handful of kale, sliced into quarter-inch ribbons. Cut out the fibrous center portion.

One quarter-cup of heavy cream (optional)

A fist-full of garden chives, sliced finely for garnish

Cook the spaghetti and strain, saving two cups of the starch water. Pour a splash of virgin olive oil over the noodles. Grate in a half-cup of Pecorino Romano cheese and hold.

Saute the garlic, onion, celery and lobster mushrooms in the remaining olive oil. The lobster mushroom is a very firm mushroom and requires more cooking time than most others. When translucent, toss in the zucchini, kale and a diced apple. Saute briefly, then add the pre-boiled spaghetti and one cup of the starch water.

The cream is optional. It does add a bit of richness but if your diet shrieks out a clarion call for moderation, stick with the egg yolks.

Reduce the heat for the pasta for a couple of minutes until the cream thickens. Then, turn off the heat. Toss with the egg yolks, chopped chives and fennel.

You can thin with a little of the remaining starch water if desired. The dish pairs well with sides of steamed broccoli and marinated ribs. I steamed broccoli with a dab of sweet Asian chili sauce and one tablespoon of butter. For the ribs, I poured a tablespoon of reduced wine and pan juices over the top of the beef.